I left my rented room through the same alley that I had walked down the day before: 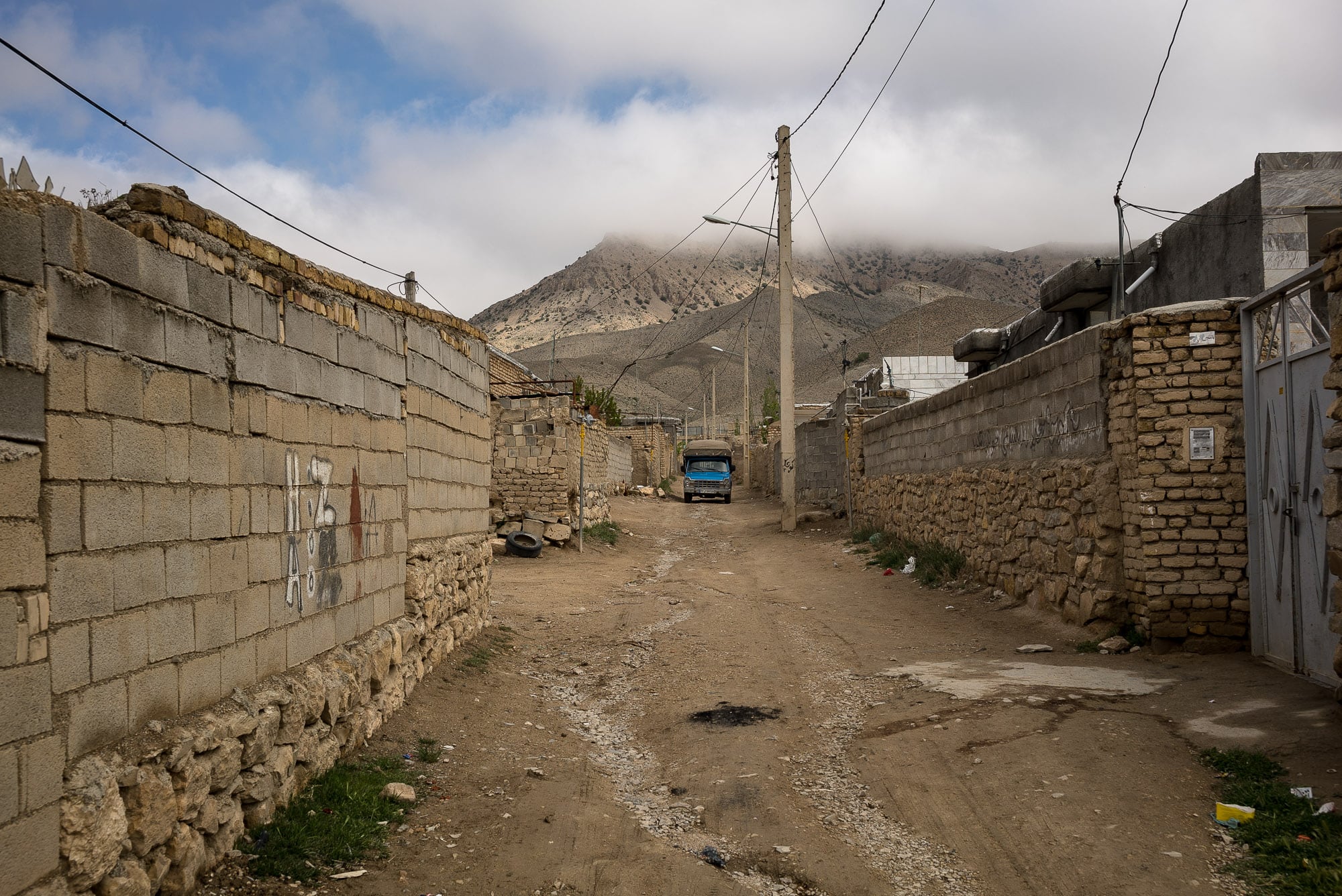 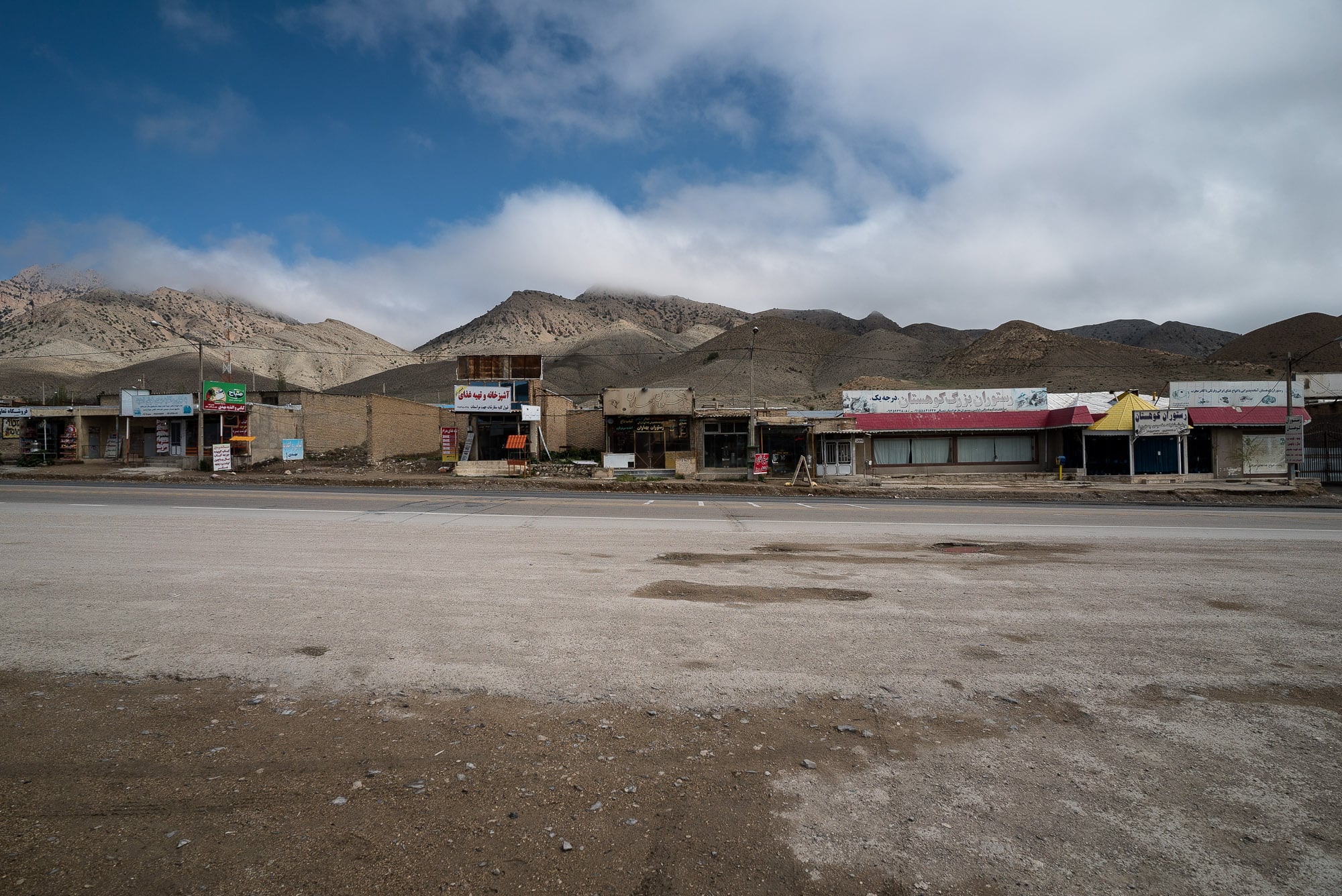 This was when I discovered that I had a flat tire. Again. My pump had broken down, so I was pretty disappointed. But I decided that the tire wasn’t completely flat yet. I was going to try to ride it out until I reached a gas station where I could pump it up: 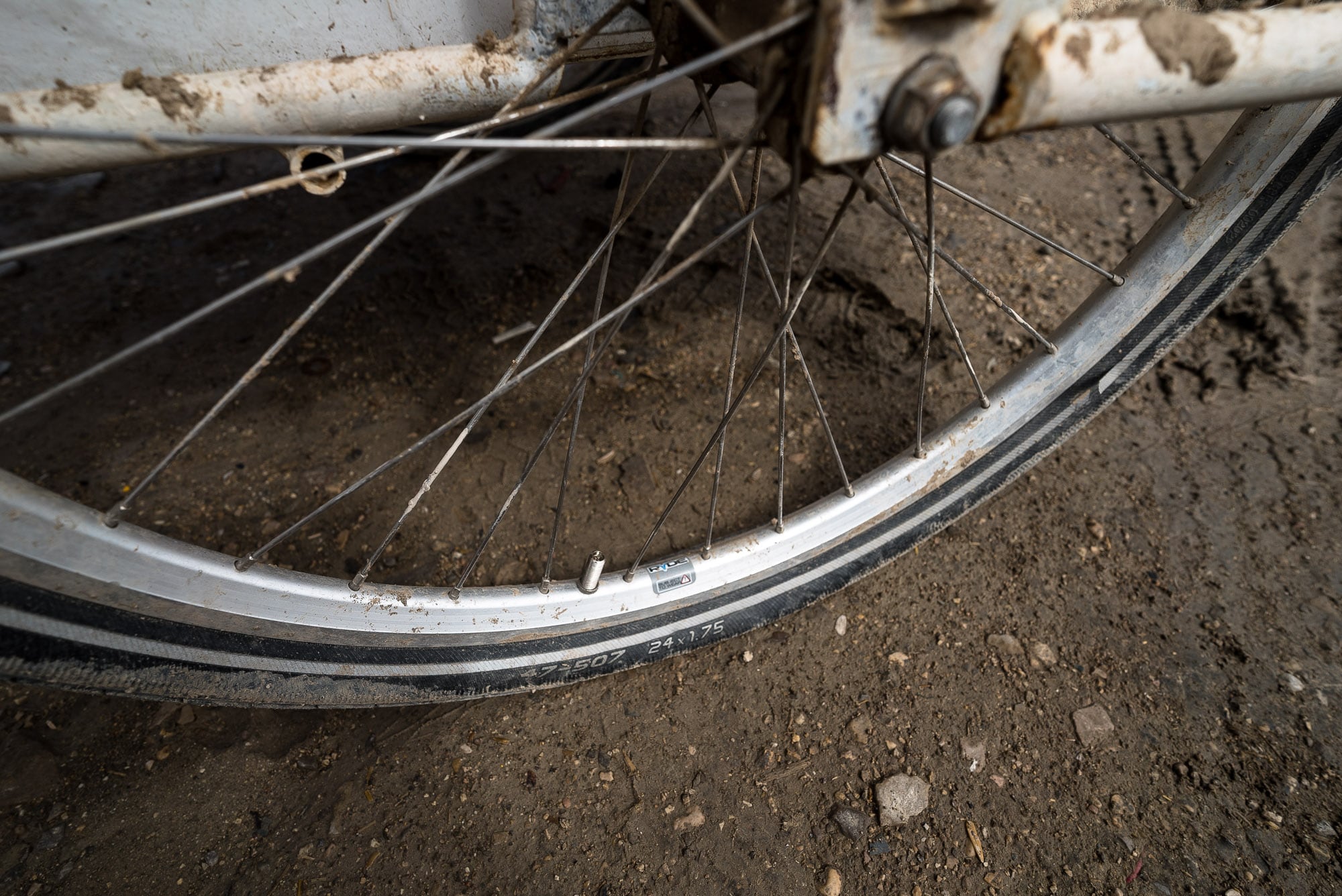 I saw a bus that had two old German plates in the window: 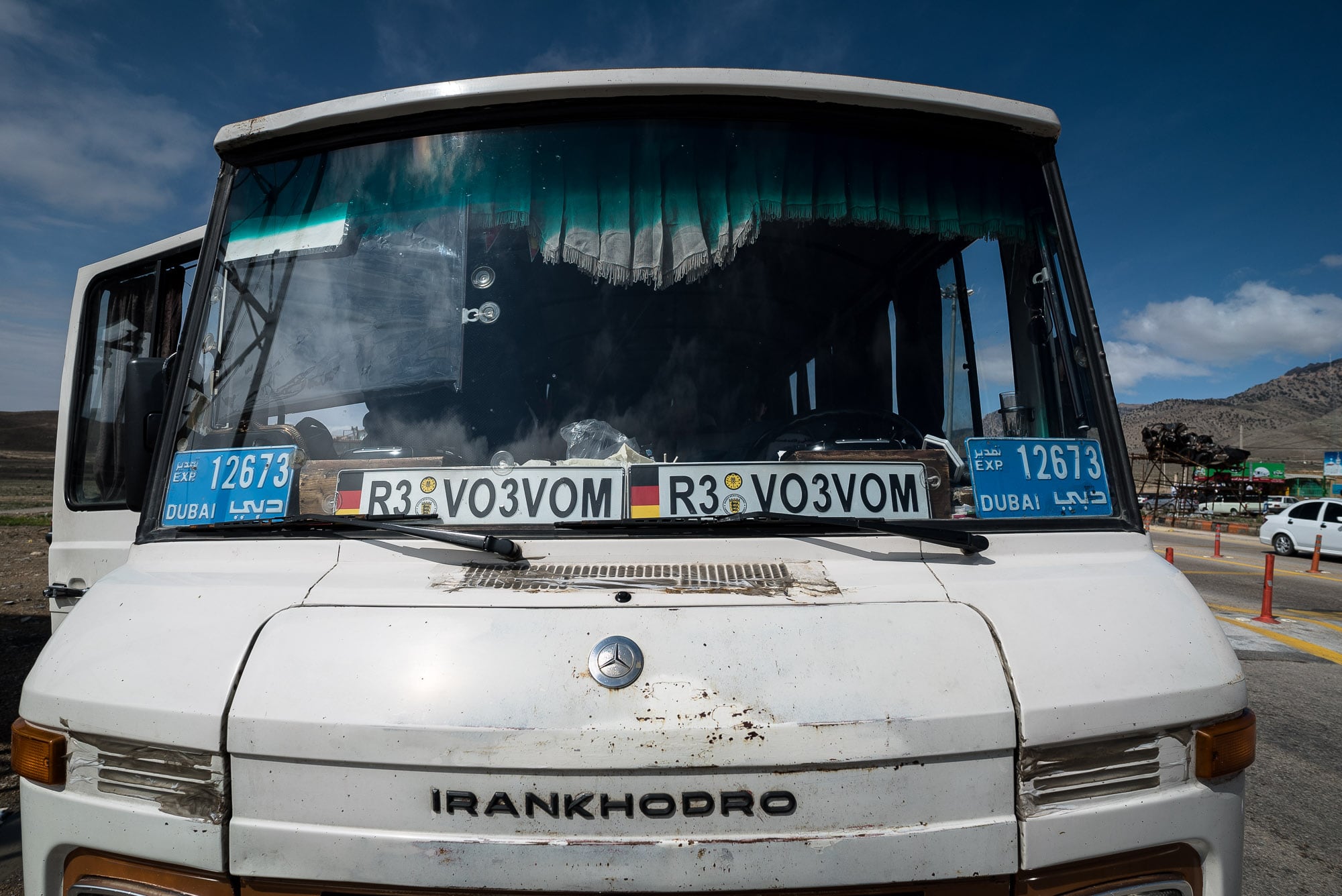 Then I was on the open road: 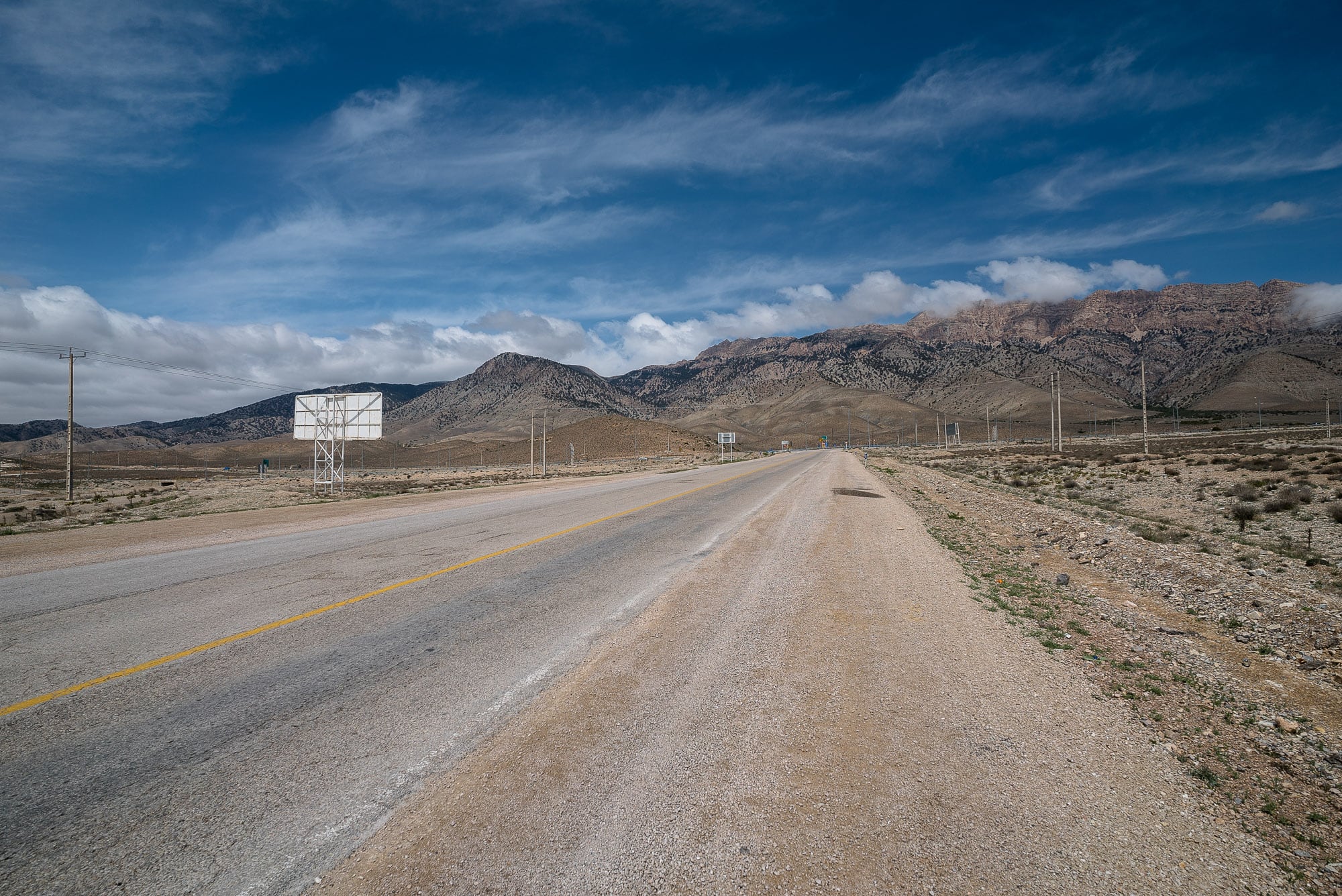 When I reached the gas station five kilometers outside of the village, Mahmud, the owner of a workshop, was very helpful with my tire problem: 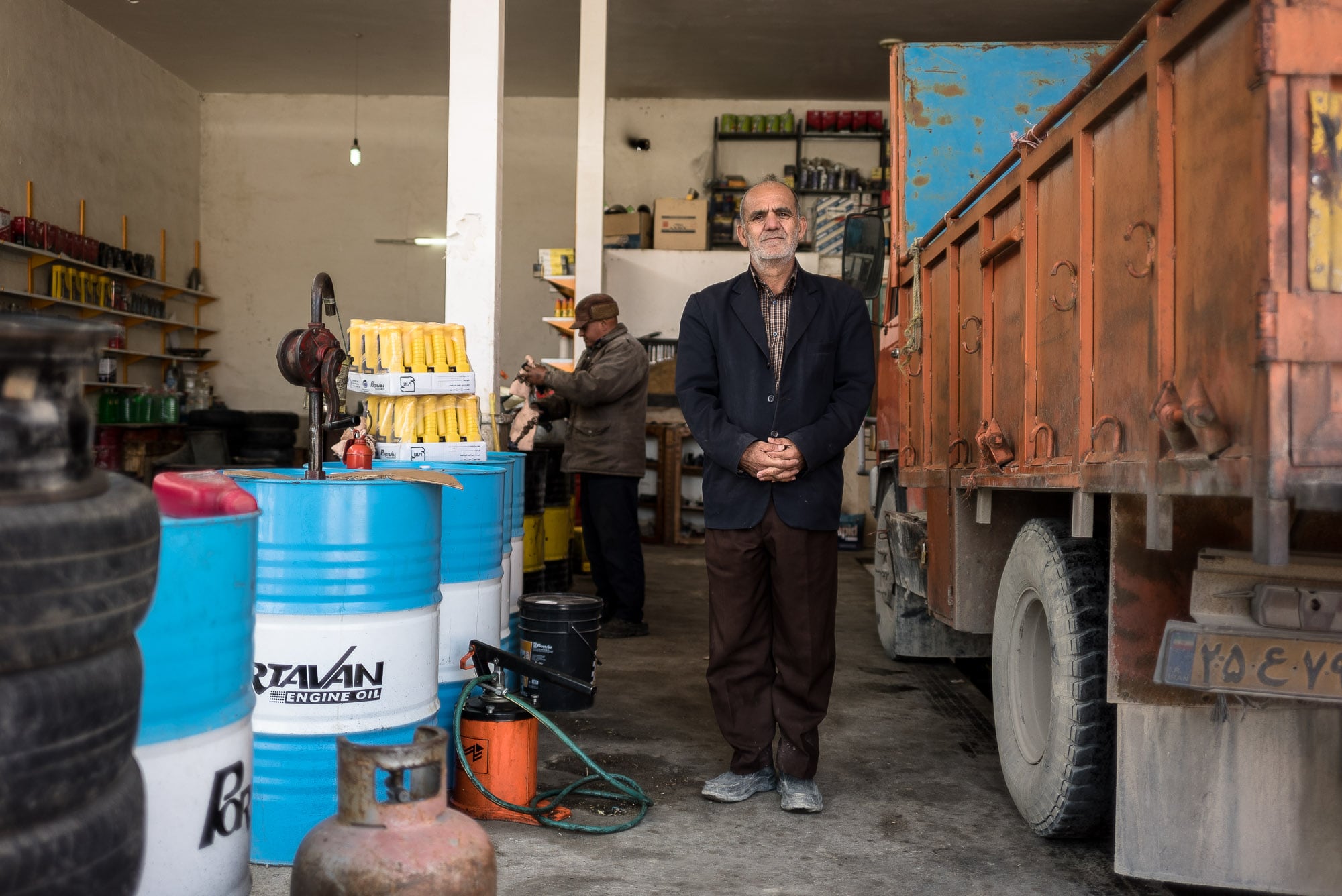 He and his colleague Ali inflated my tire and measured the pressure. They said “35”, which I took to be a good thing: 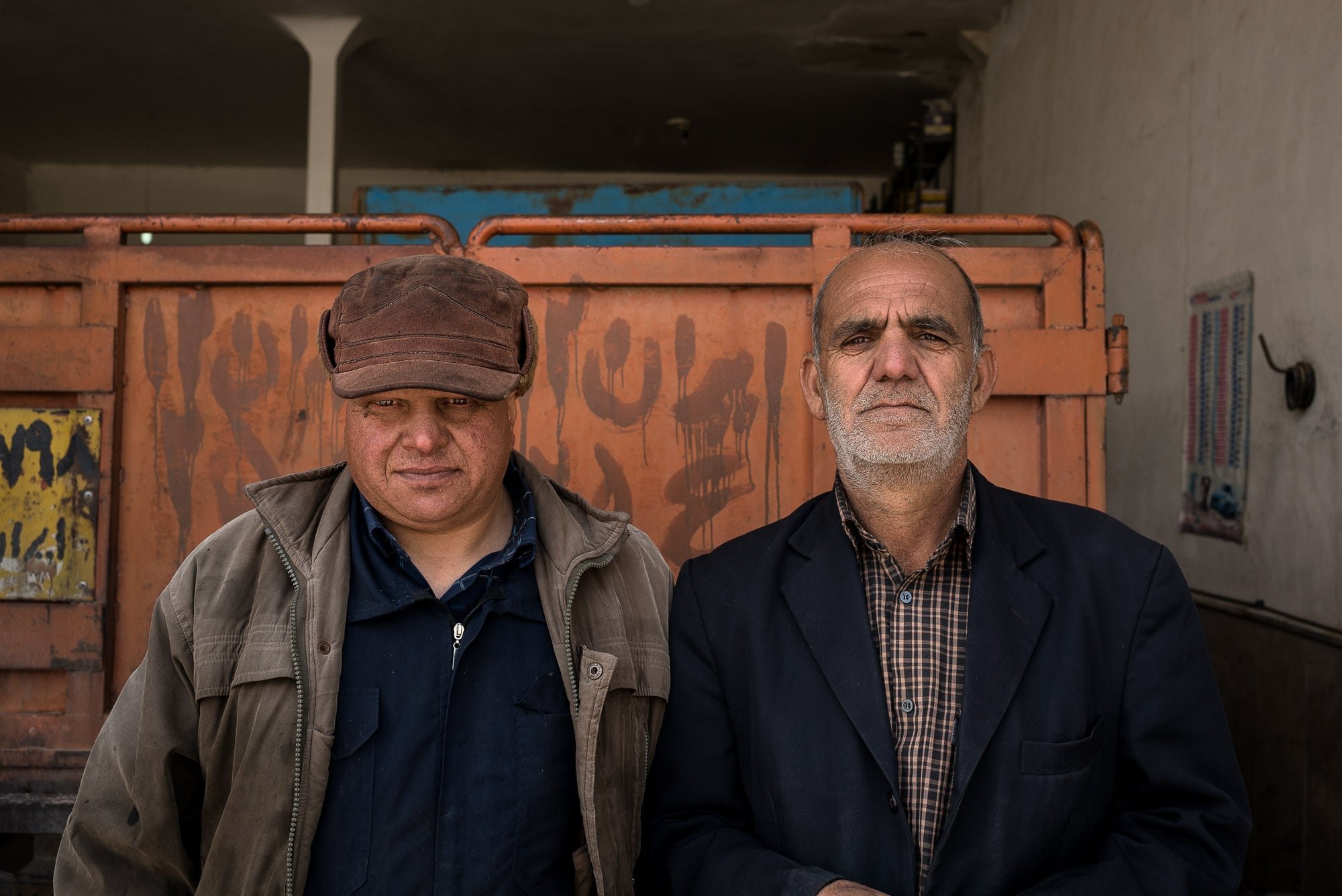 Then, again, I was on the desert road: 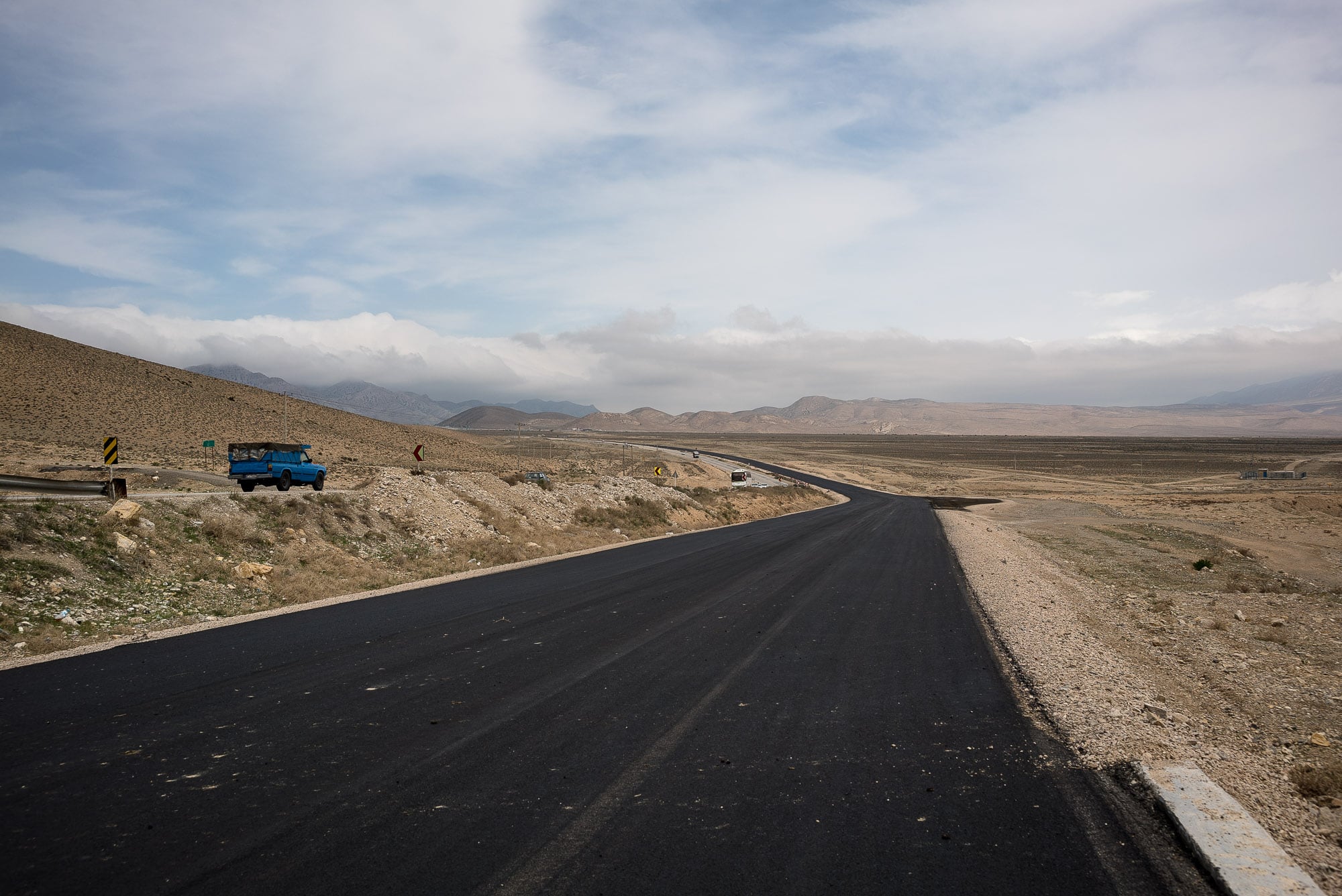 It was somewhere here that the tire went flat again, and I had to change it on the side of the road. Demonic curses filled the sky. 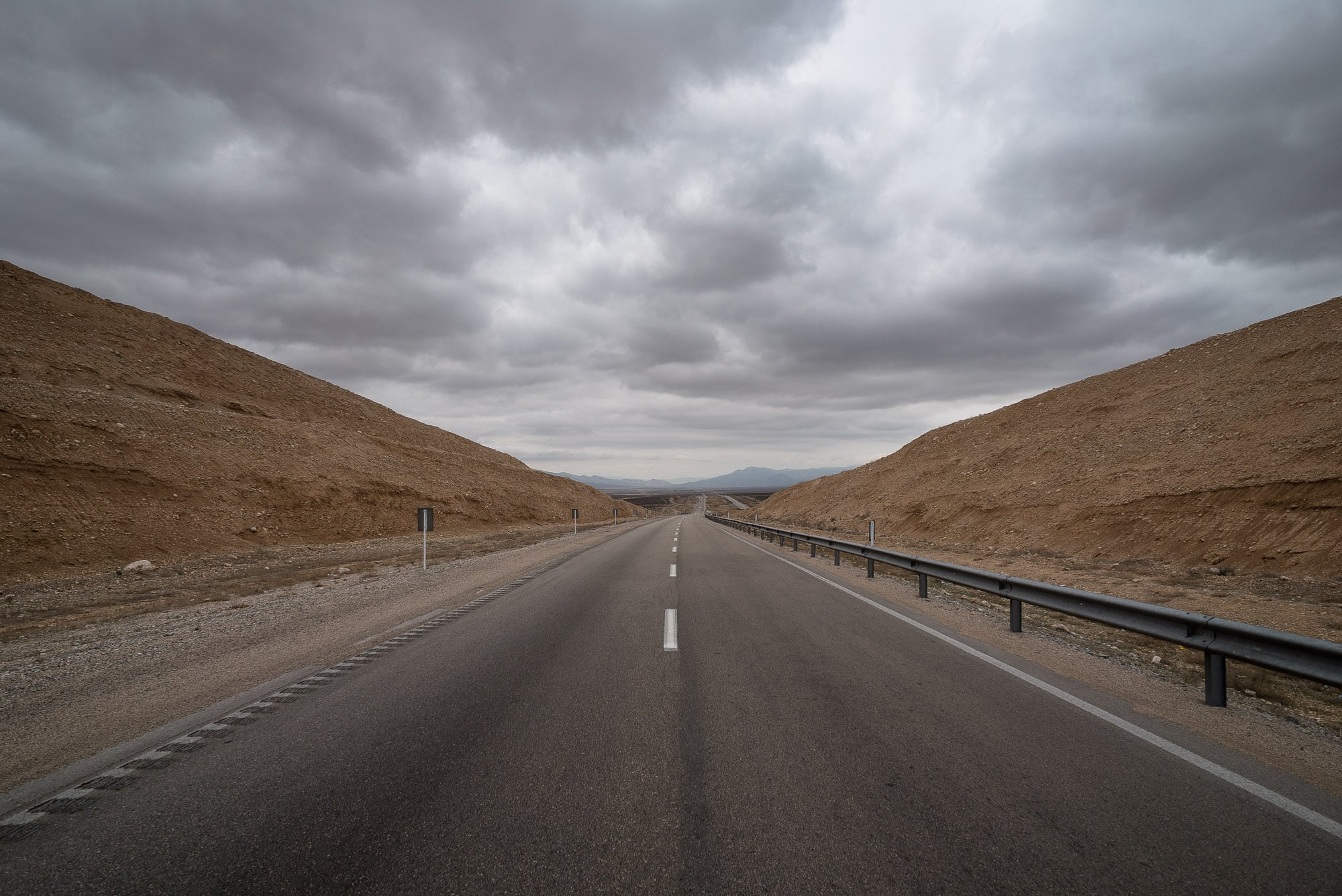 It was probably no coincidence that the sky darkened for a little while: 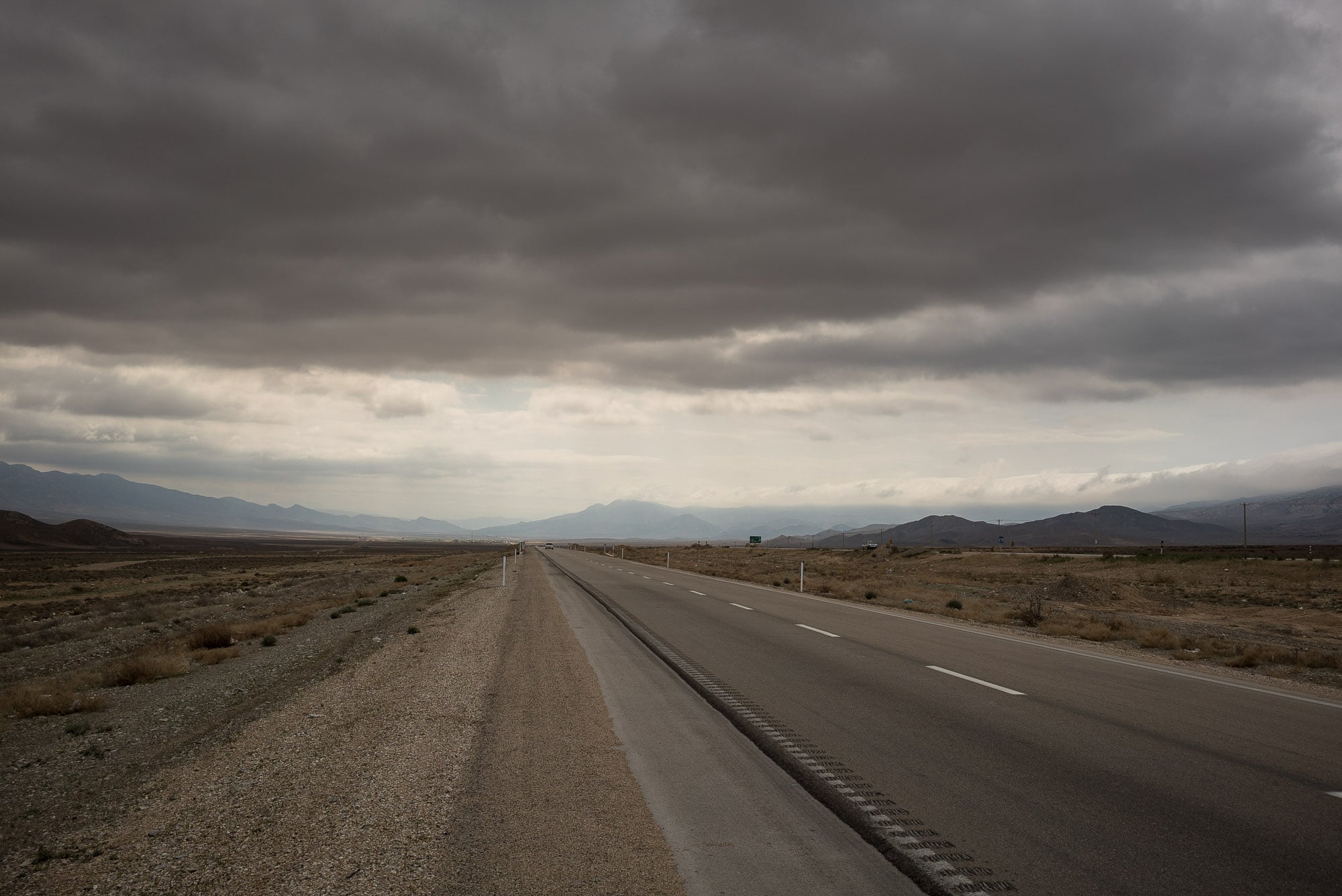 But then I became happy again, as I left the main road and ventured north into the mountains, in the direction of the little village of Aspakhu: 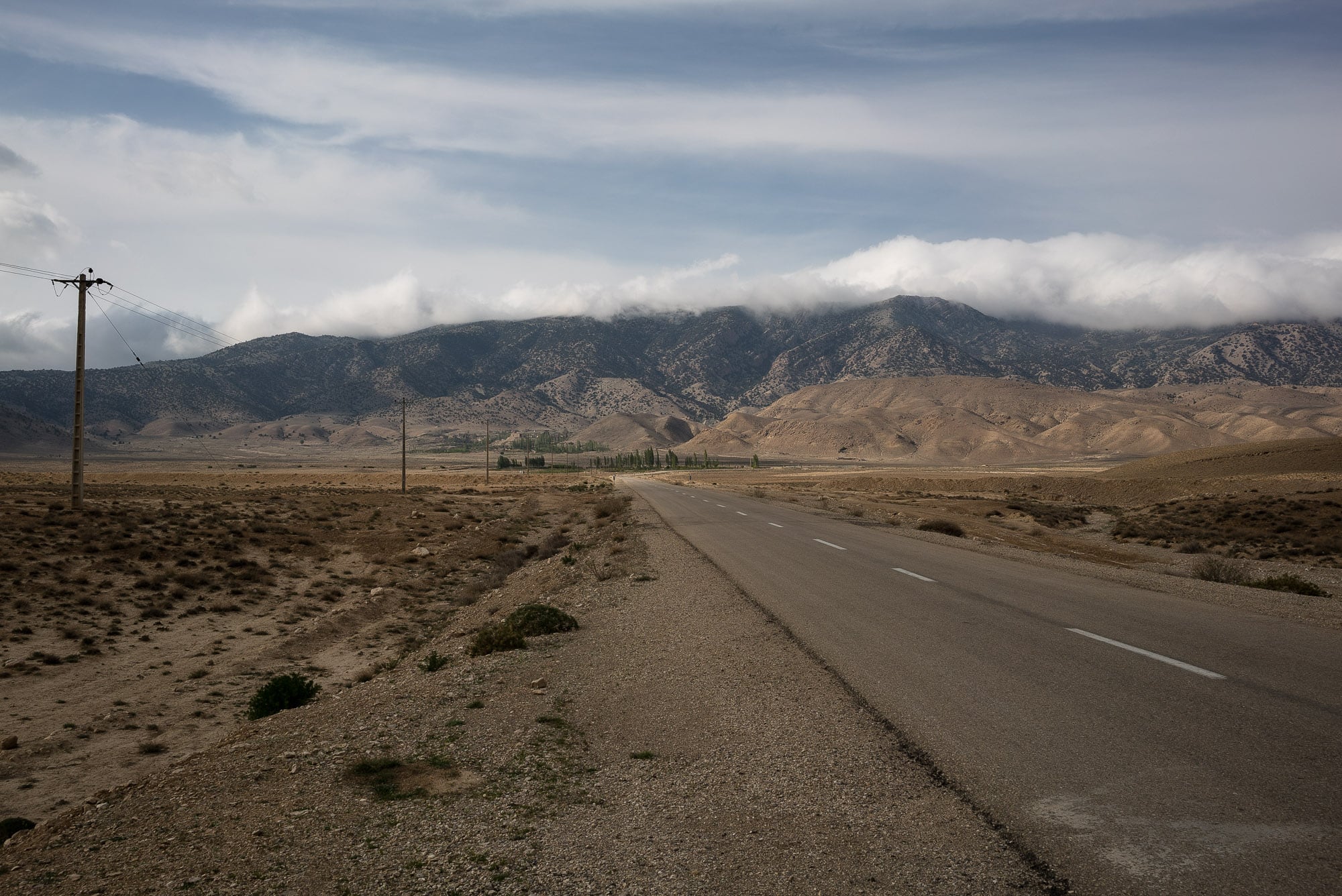 There was an old fire temple there: 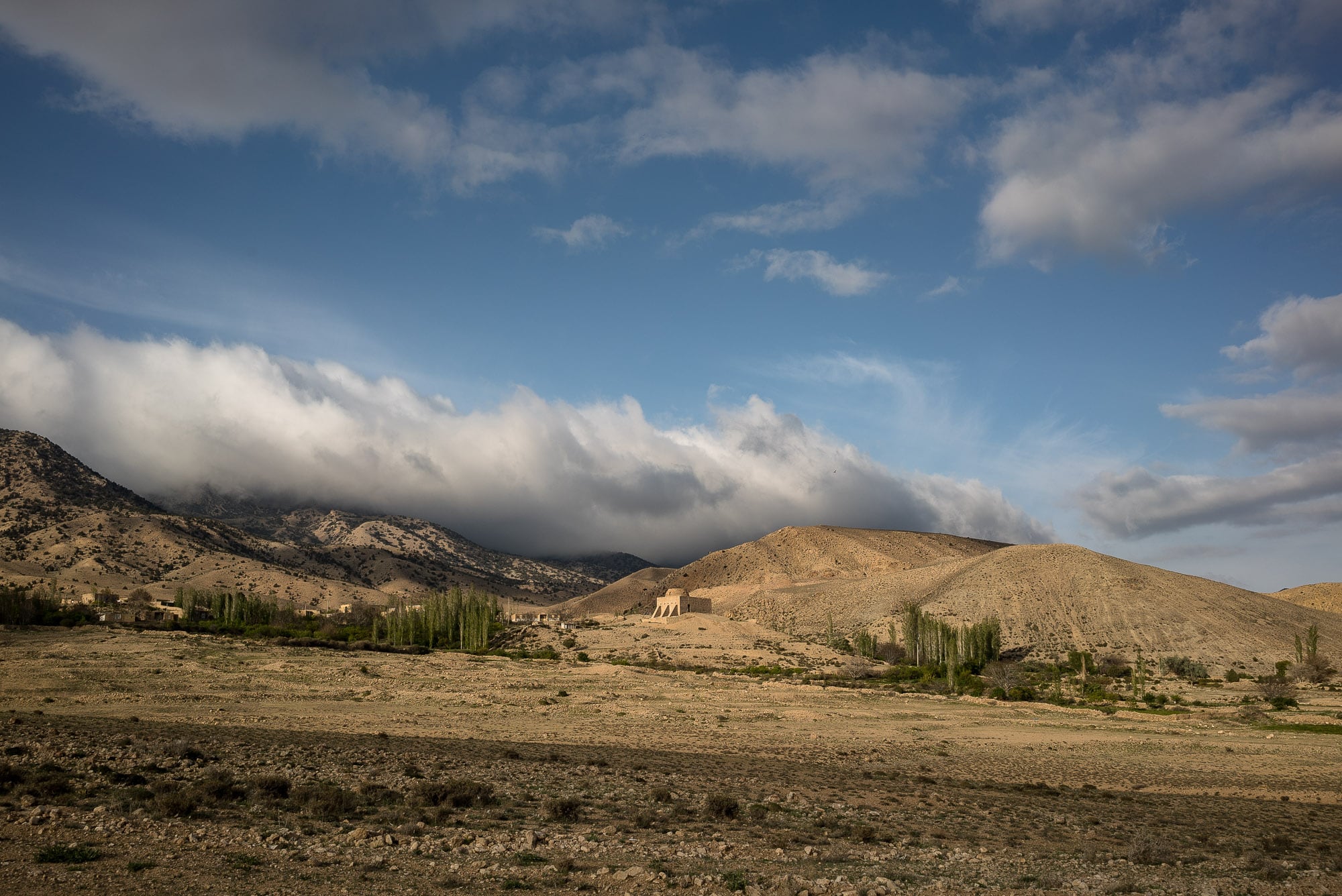 The climb to Aspakhu was a little bit worse than what I had expected, but when I arrived there, it was absolutely worth it: 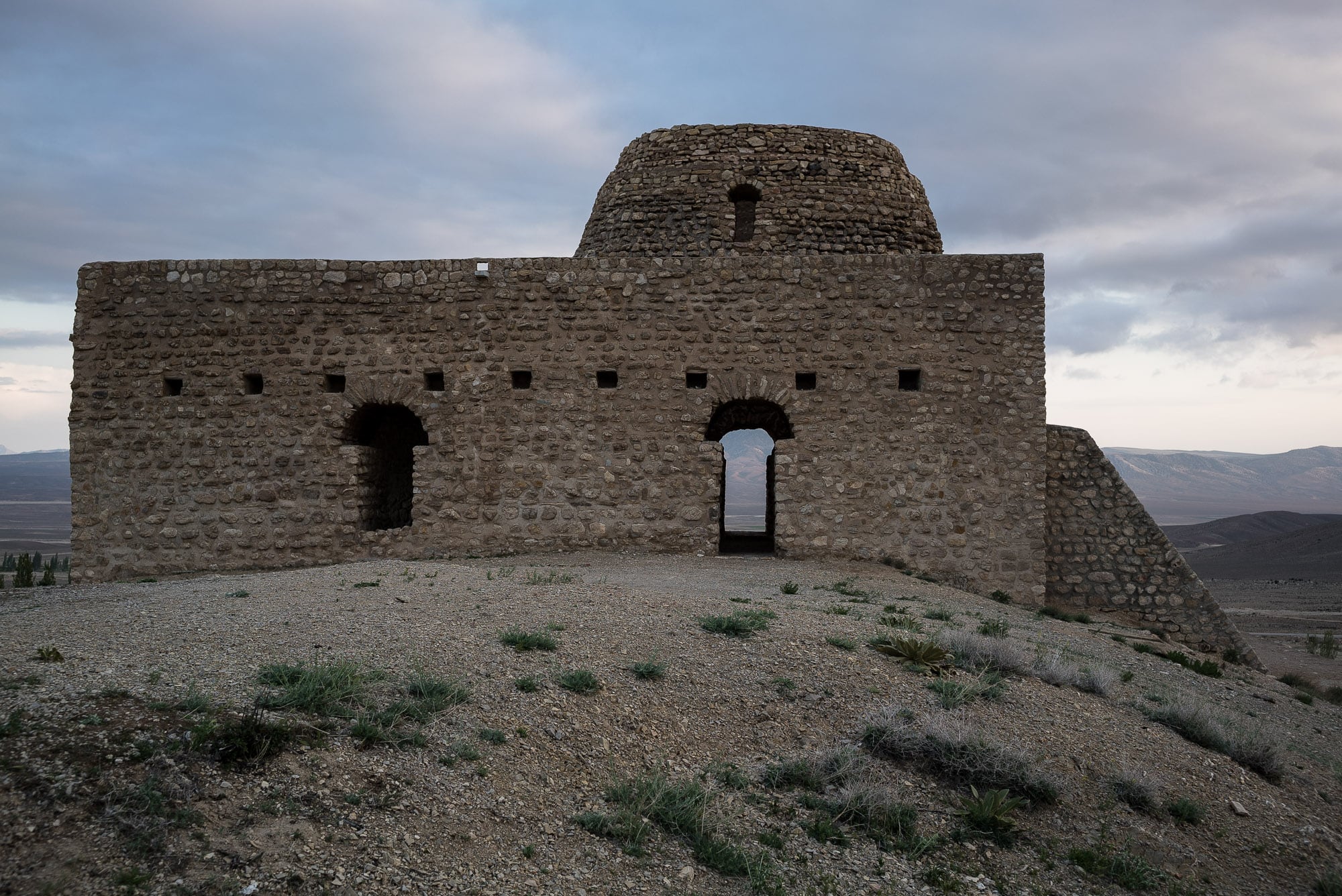 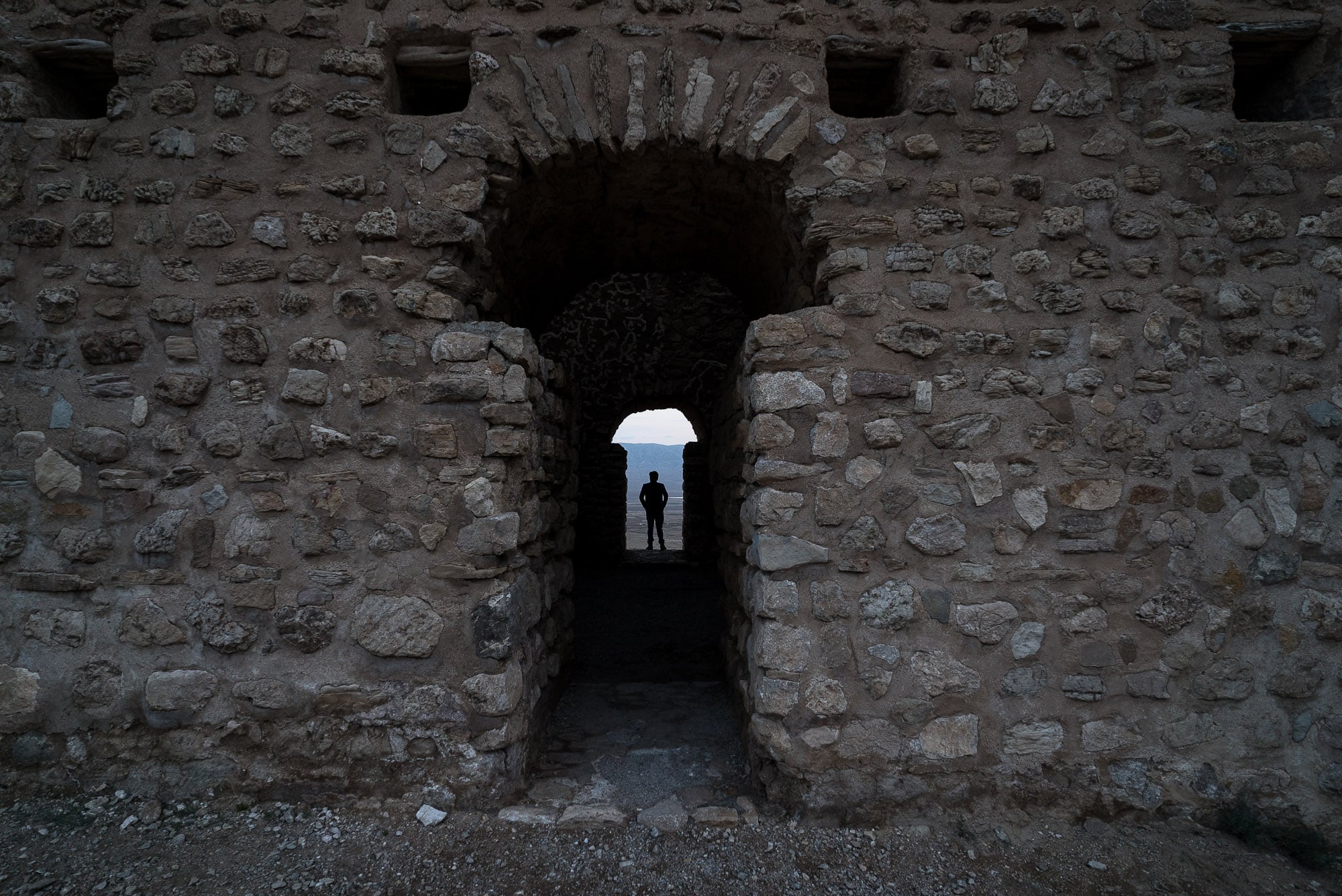 I was told it was from the Sassanid period, which would make it probably more than 1,500 years old. Cool shit. 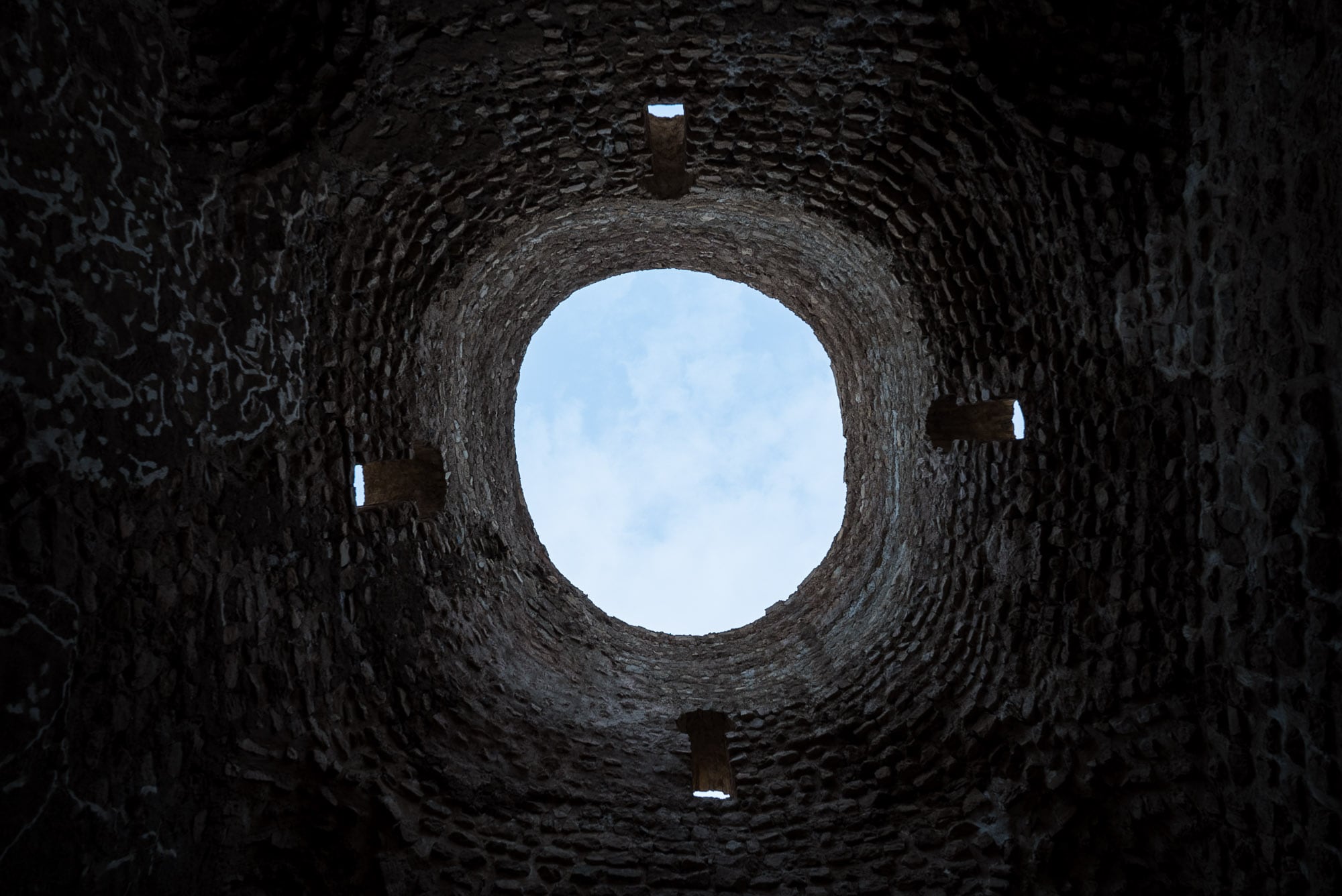 I loved the fire temple (check out the videos from today), and I wasn’t going to leave, but I had to eventually. 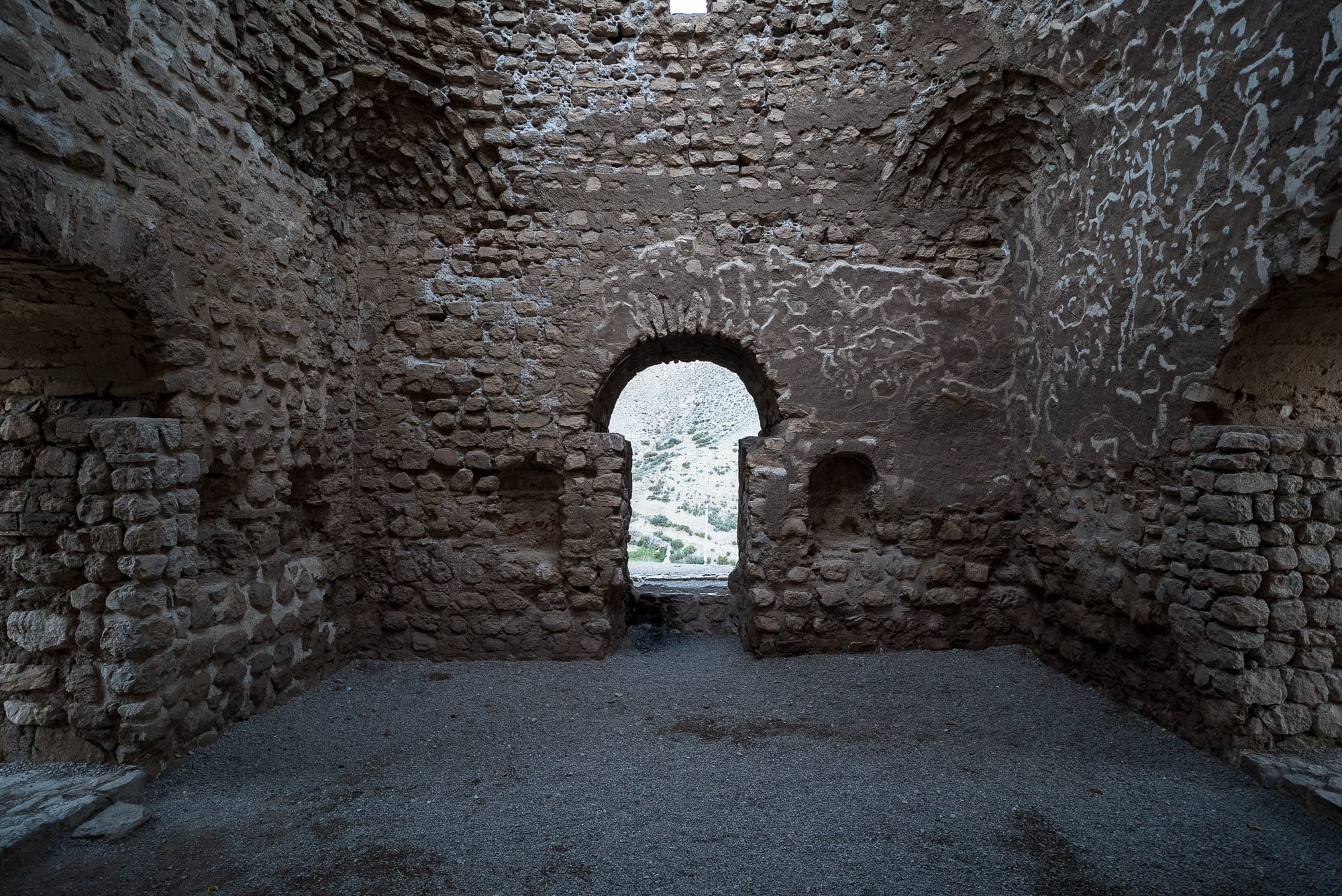 A gentleman named Hadi had taken me back to his house so I could spend the night there. But after dinner, when he pointed to the moon and said “very bright”, we both agreed that I had to go back to the temple and see if I could get a few good night shots: 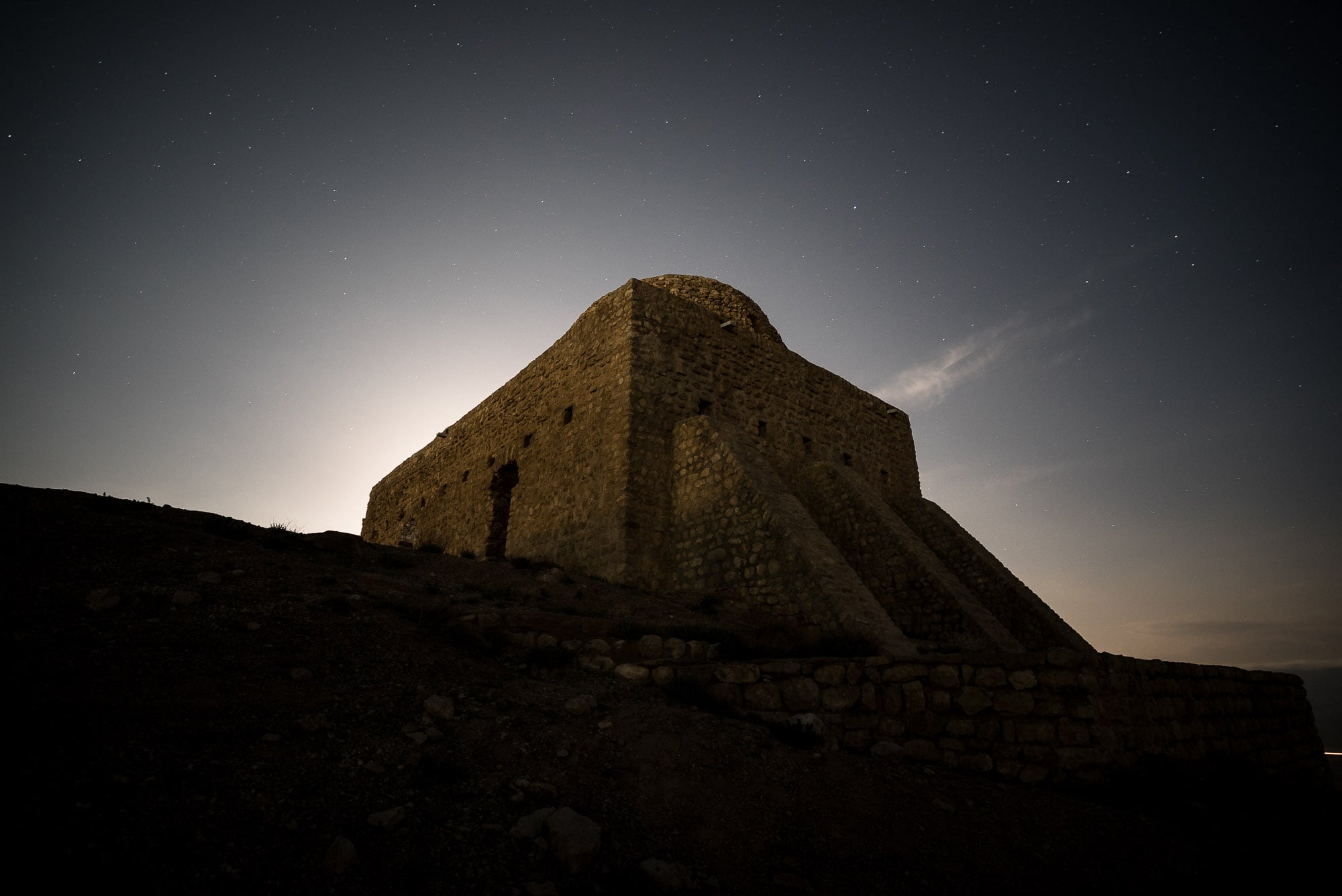 I put my flash lights in the niches where the fires used to be: 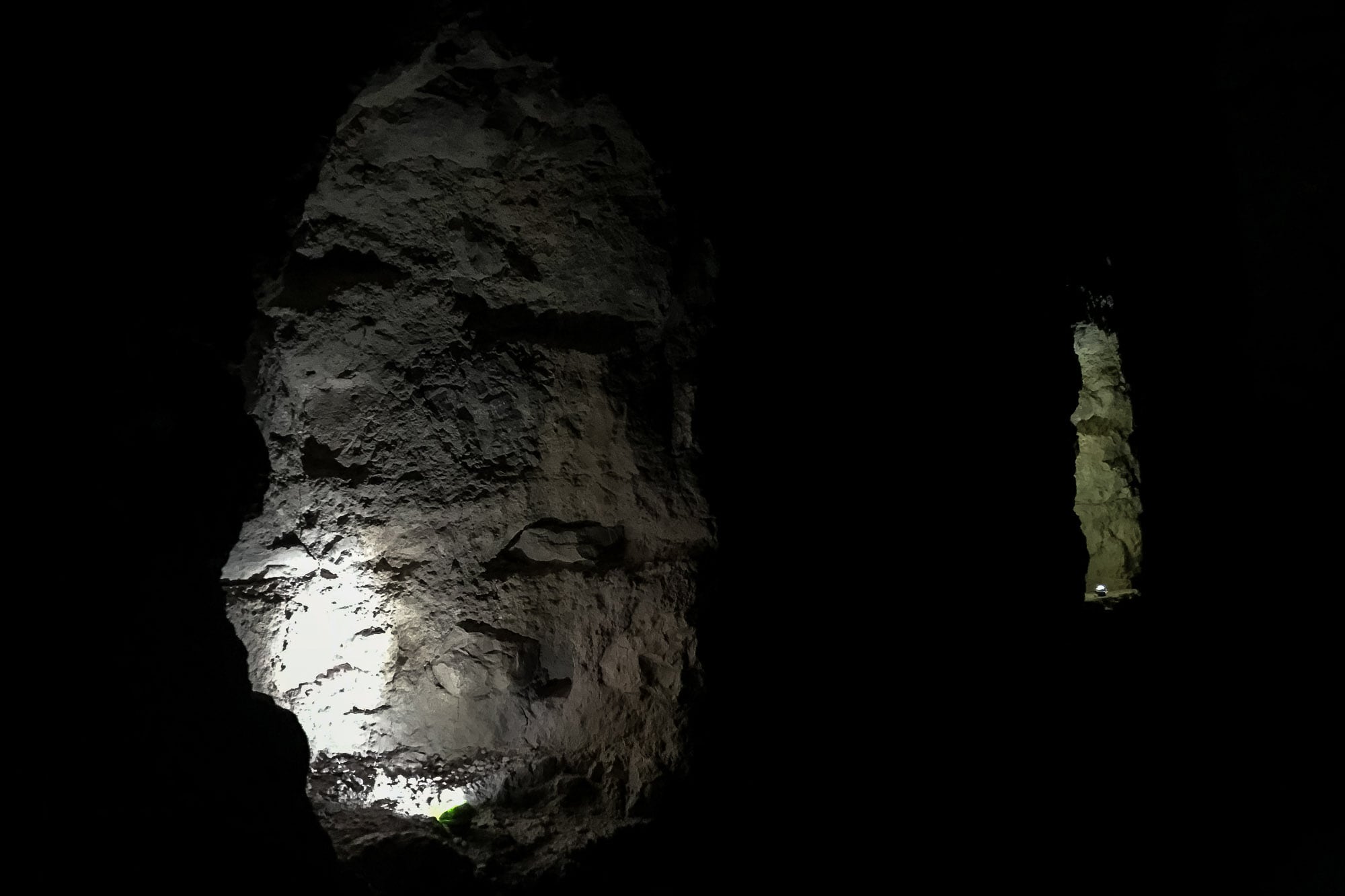 And then I waited for the cameras to do their work: 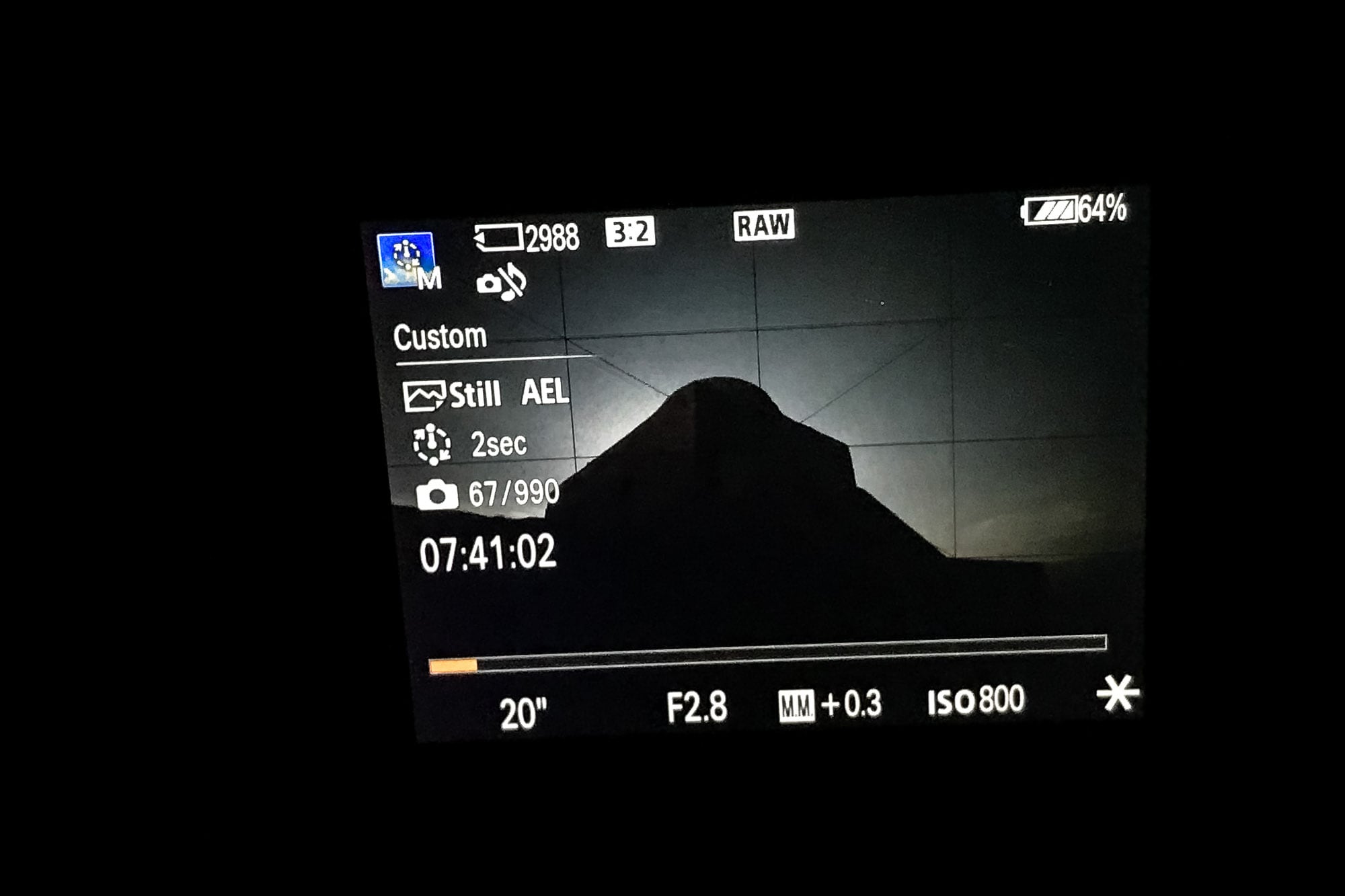 It was awesome, even if I was a bit scared of the village dogs, who were barking like crazy, sometimes further away, sometimes nearer to me.

When I returned to Hadi’s place, I was exhausted: 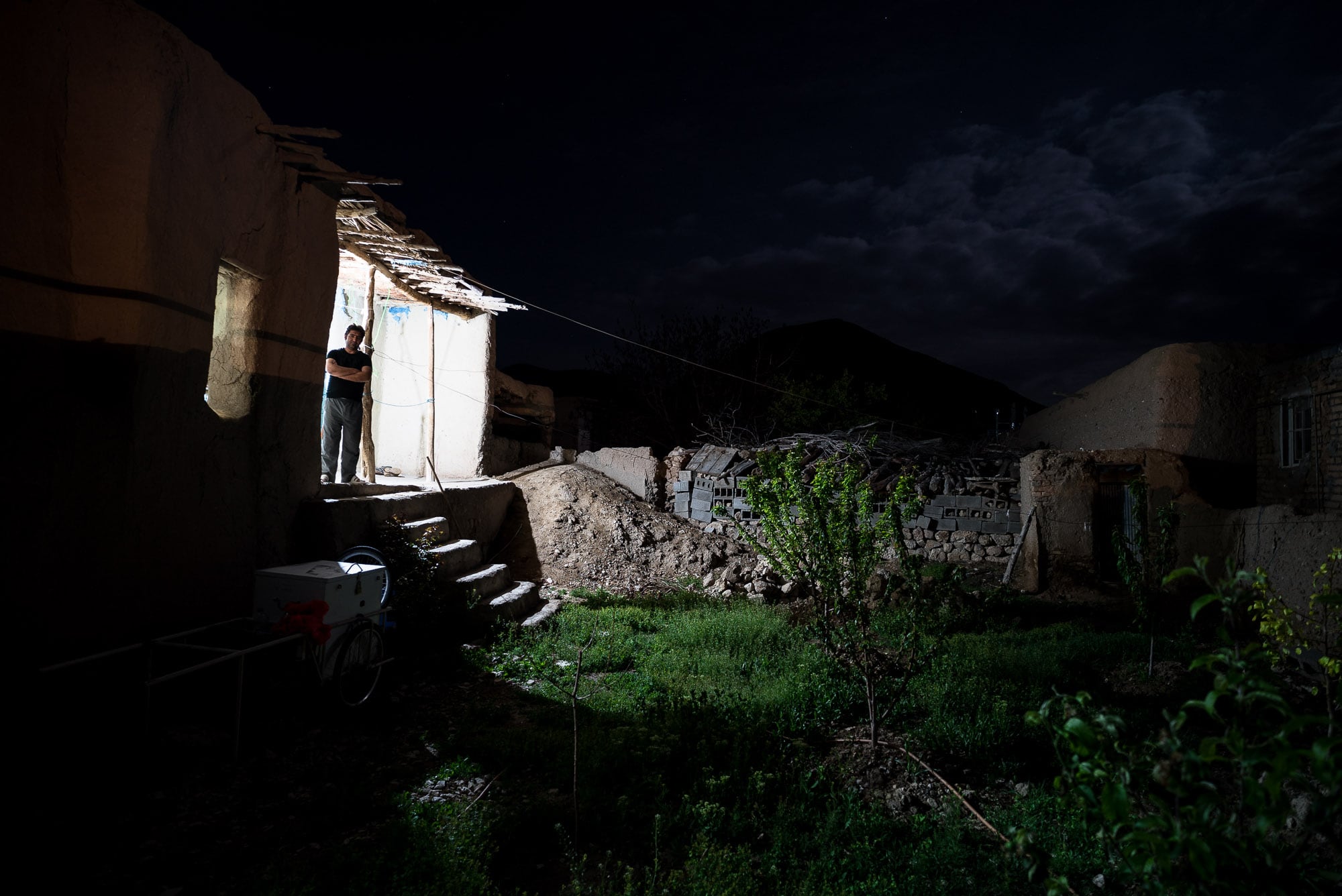 But I felt happy.

Day 1097
from Chaman Bid to Aspakhu