I said goodbye to the Red Crescent dudes: 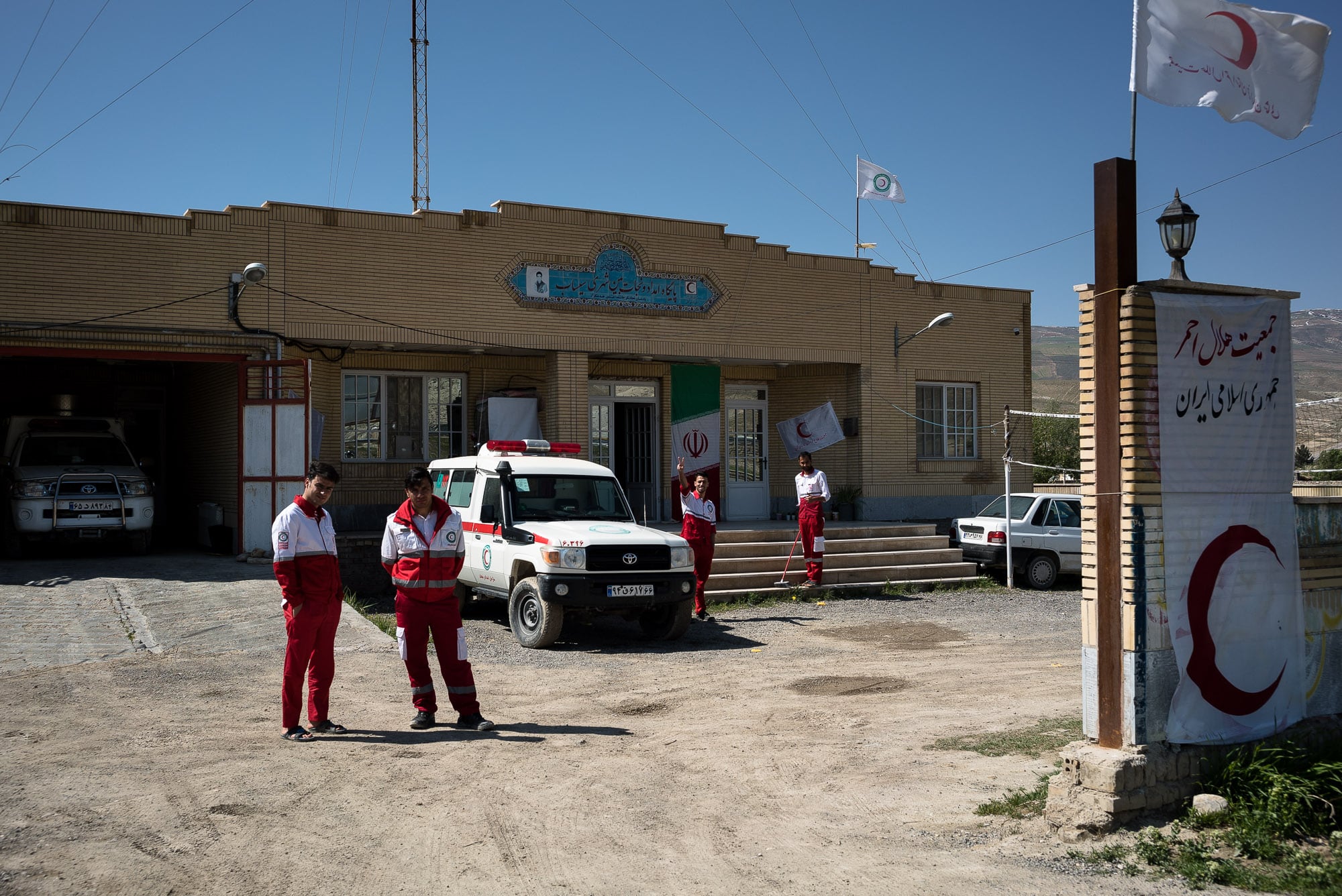 Then I was back on the road, which had started to wind around the mountains: 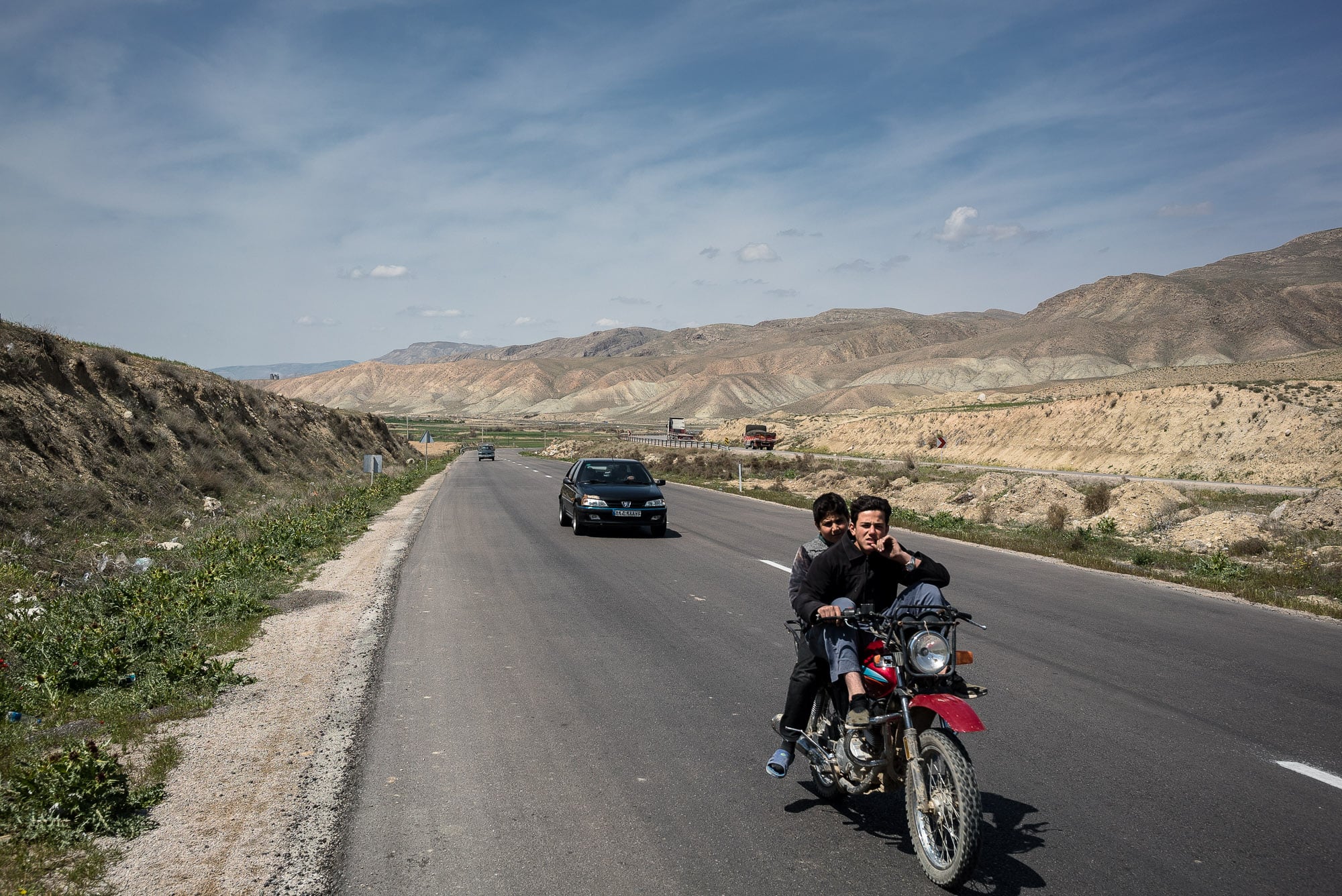 Sometimes, in the valleys, I saw fields of rape (or: rapeseed), and somehow there were always people in them who were taking selfies: 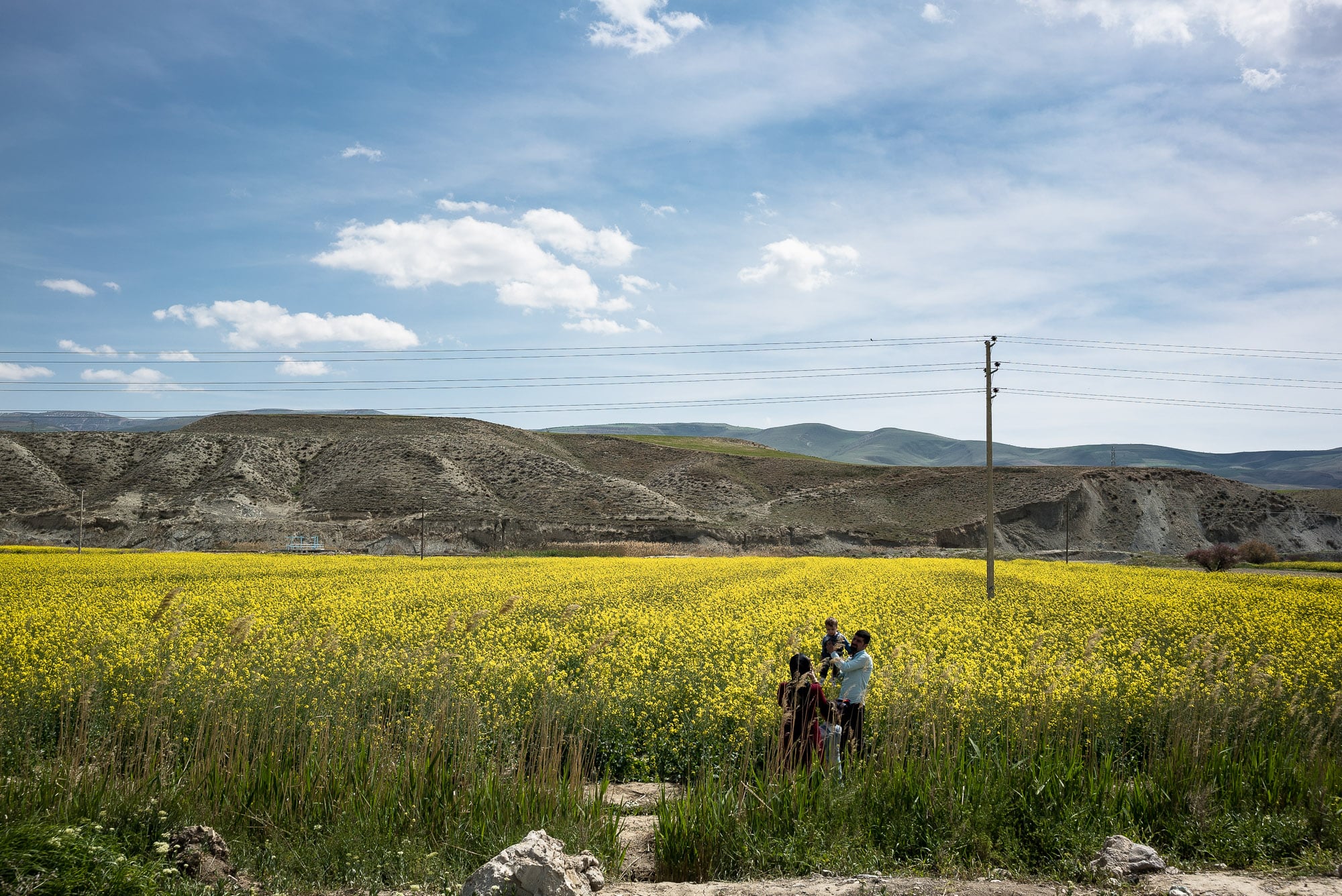 My back felt better than the day before, and I was in good spirits, singing Prince songs, having tea on the roadside: 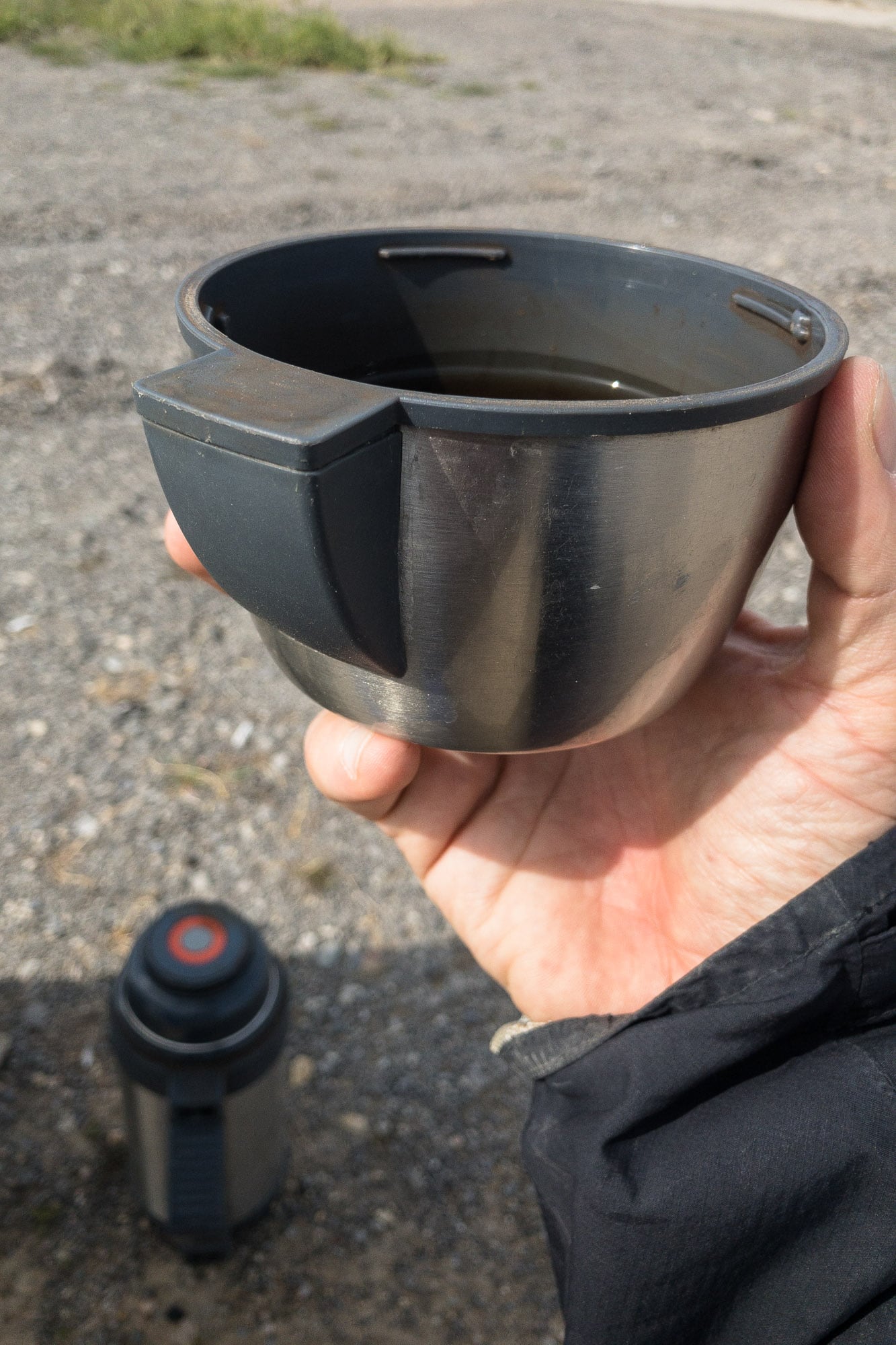 I waved at shepherds with their flocks of sheep: 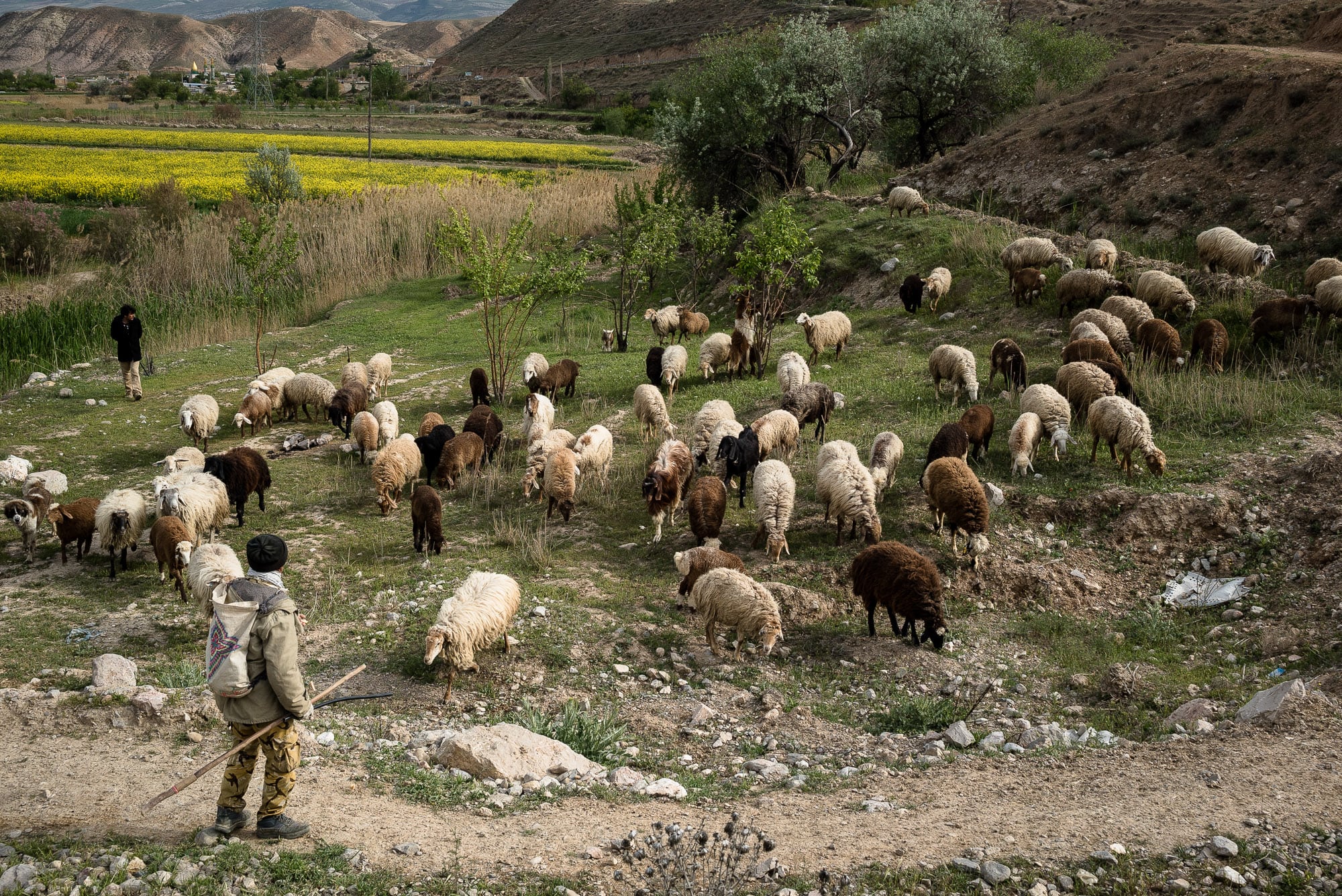 I talked to handsome dudes: 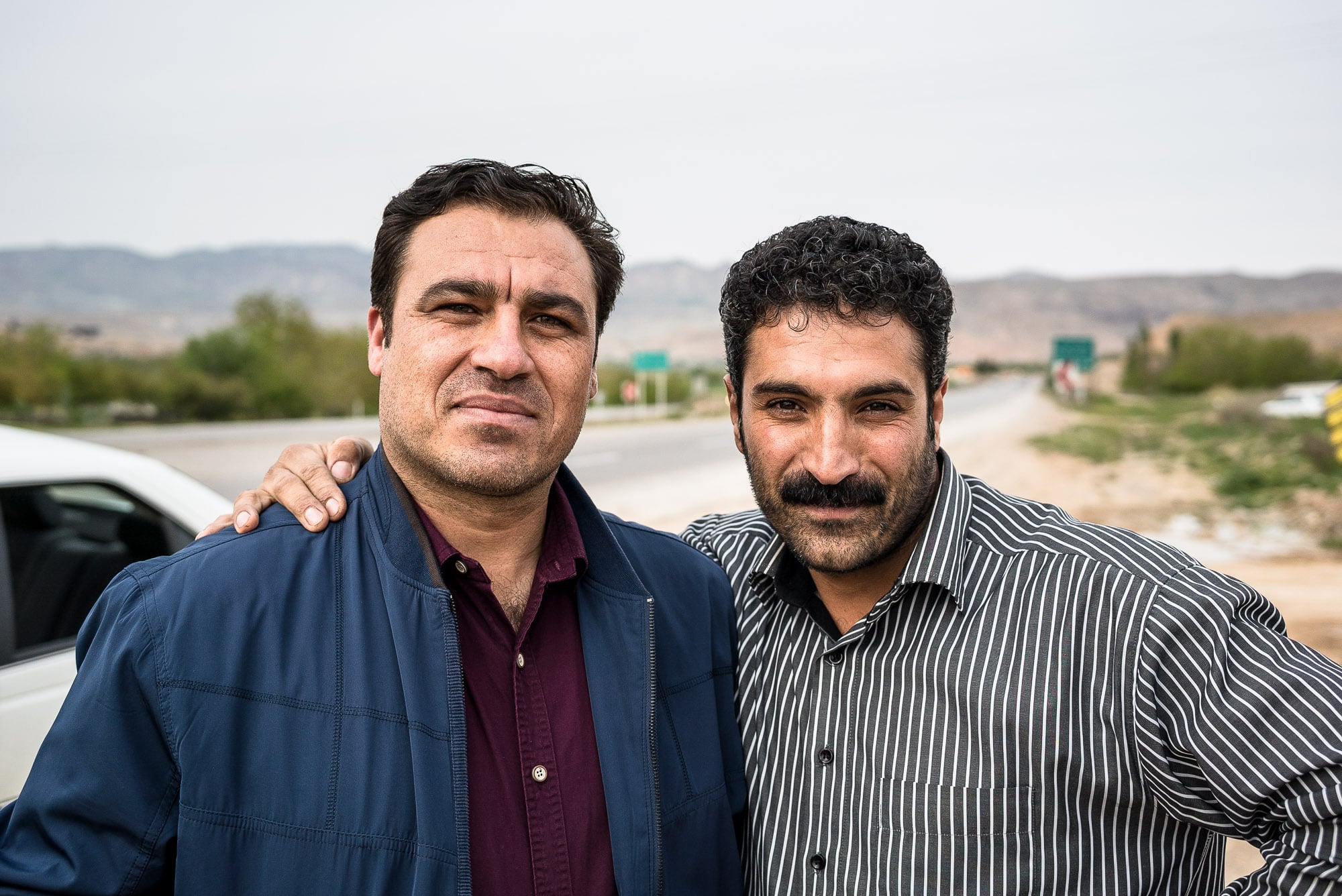 And I was generally having a good time, until I ran into a goddamned tunnel: 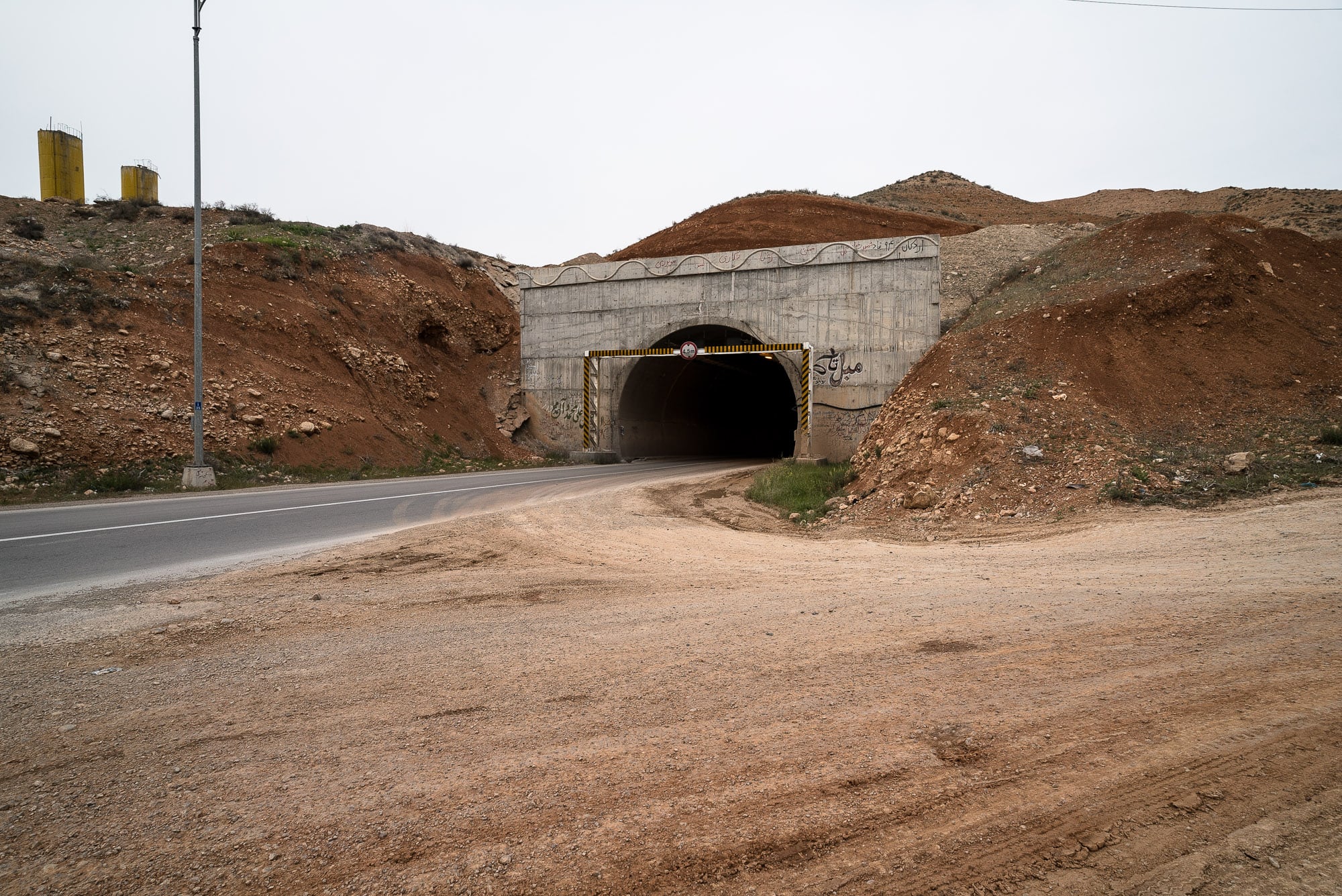 Tunnels are the worst, and I have always hated them. Especially since having the Caboose, because it meant that I couldn’t hide on the narrow sidewalks anymore. 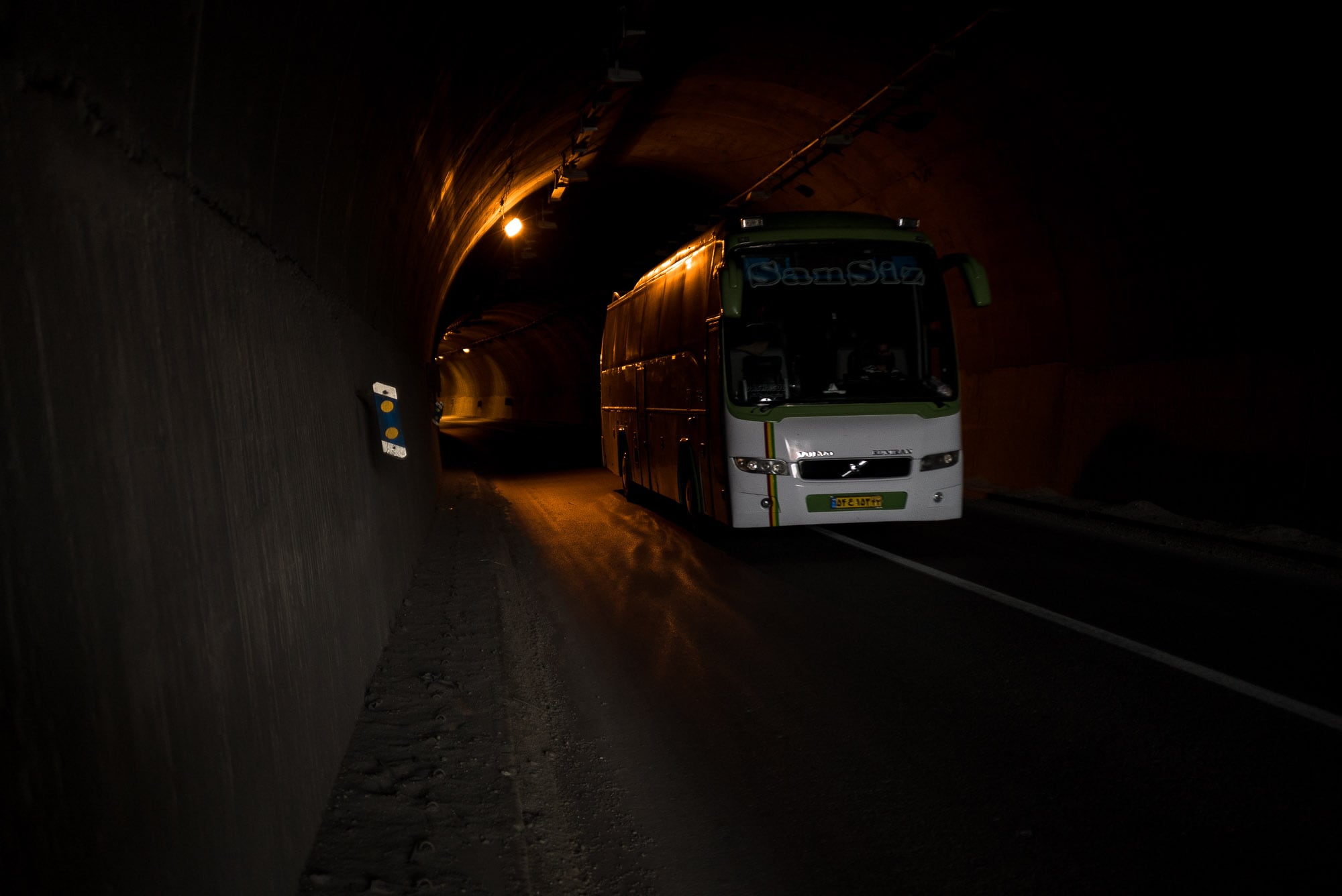 But we made it through.

On the other side, a group of people were looking down at me from a hill: 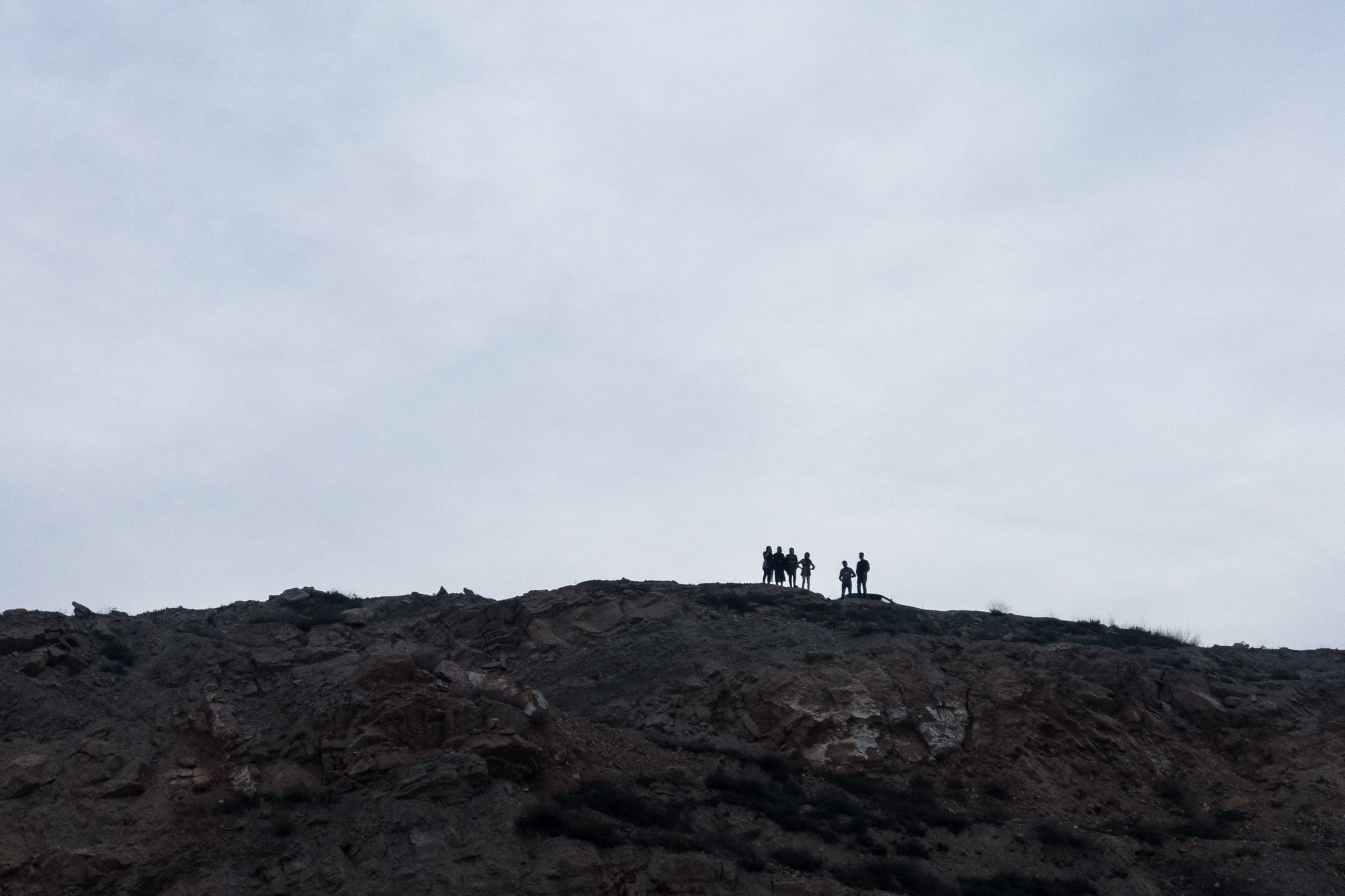 Maybe this meant I could have circumvented the tunnel on a mountain path?

Anyway, I went to a shop and got some water and some cookies. And some chocolate milk. 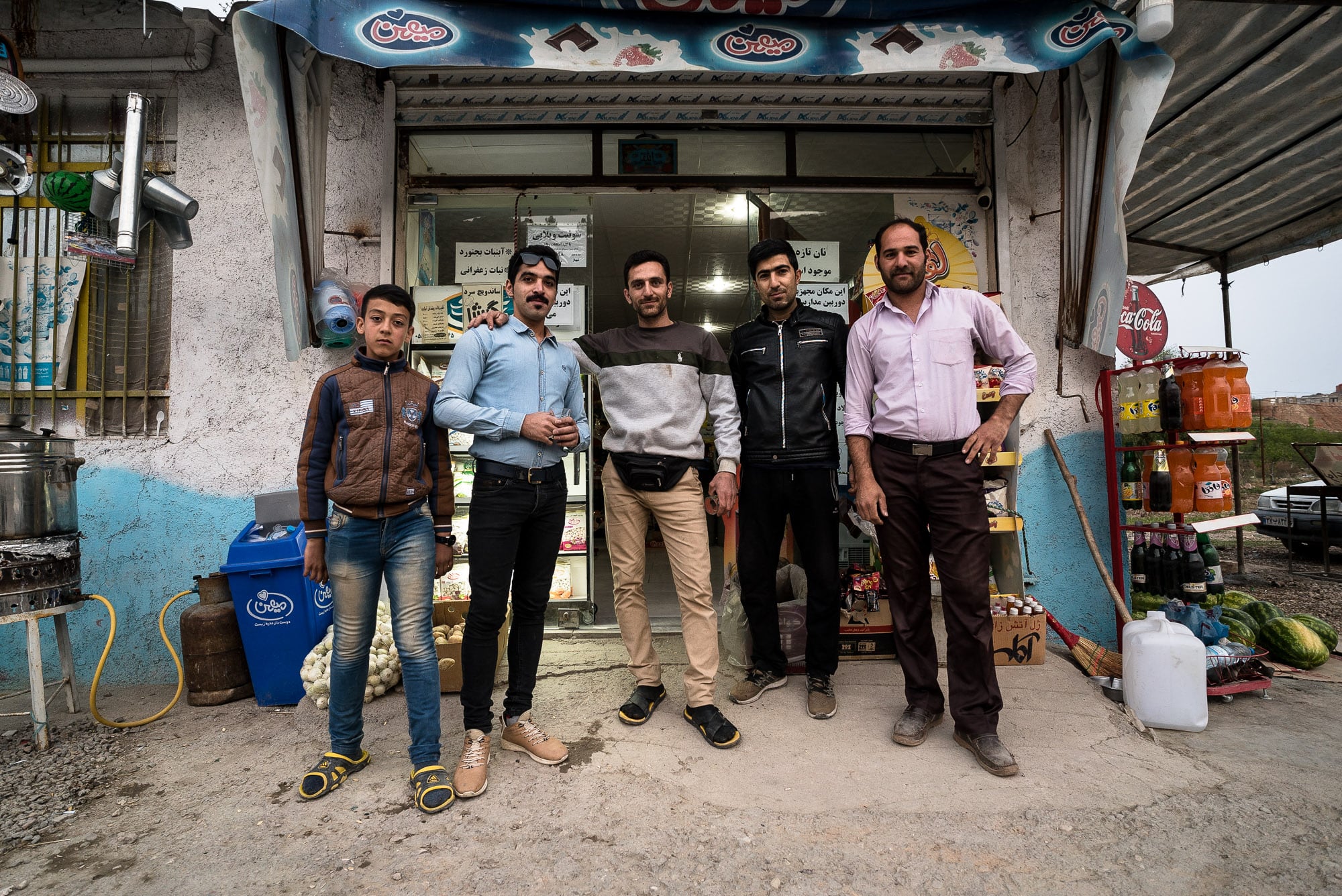 Next to the shop there was a place that apparently sold minarets: 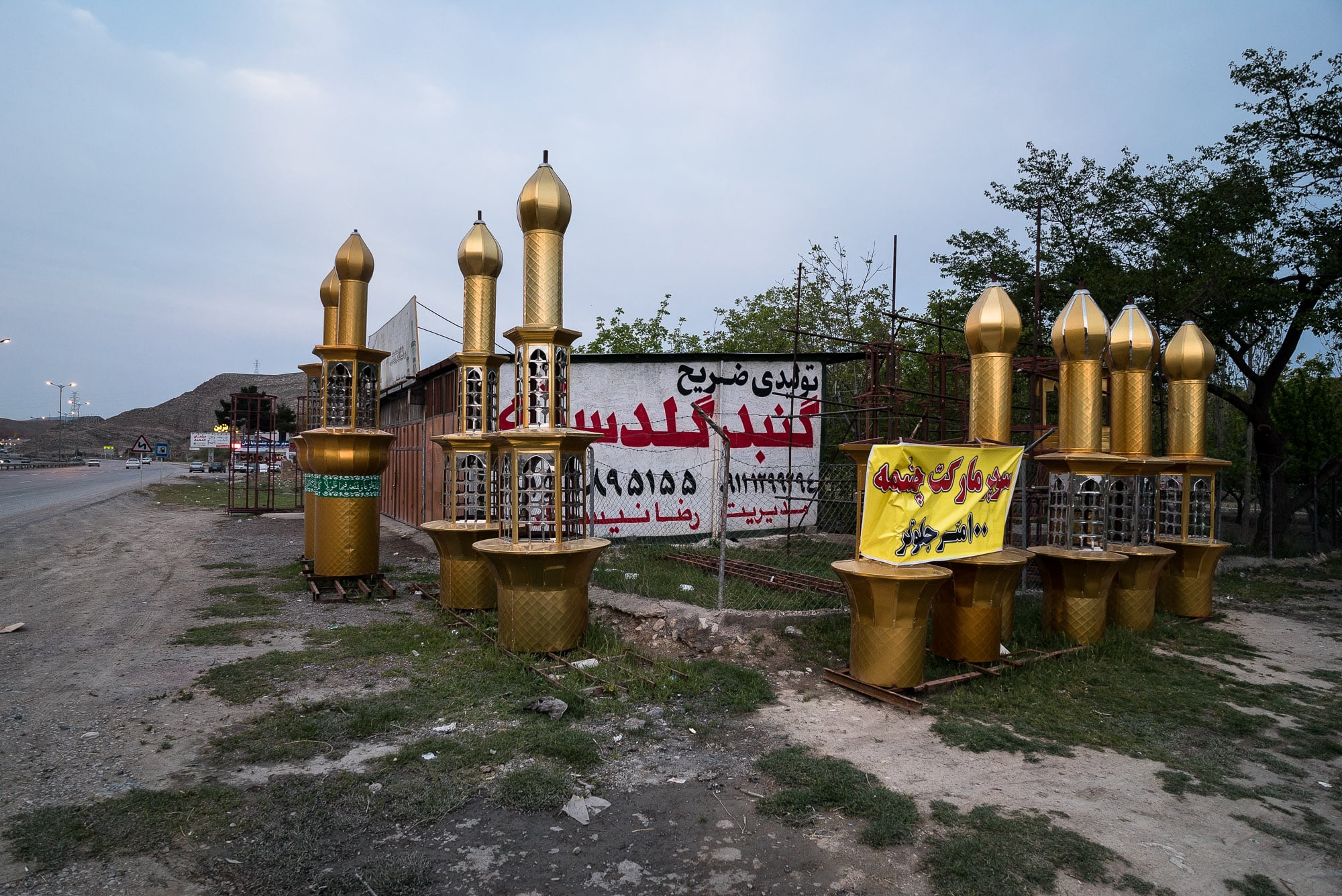 And then the sun set in a nice, soft way that looked like the word “rosé”: 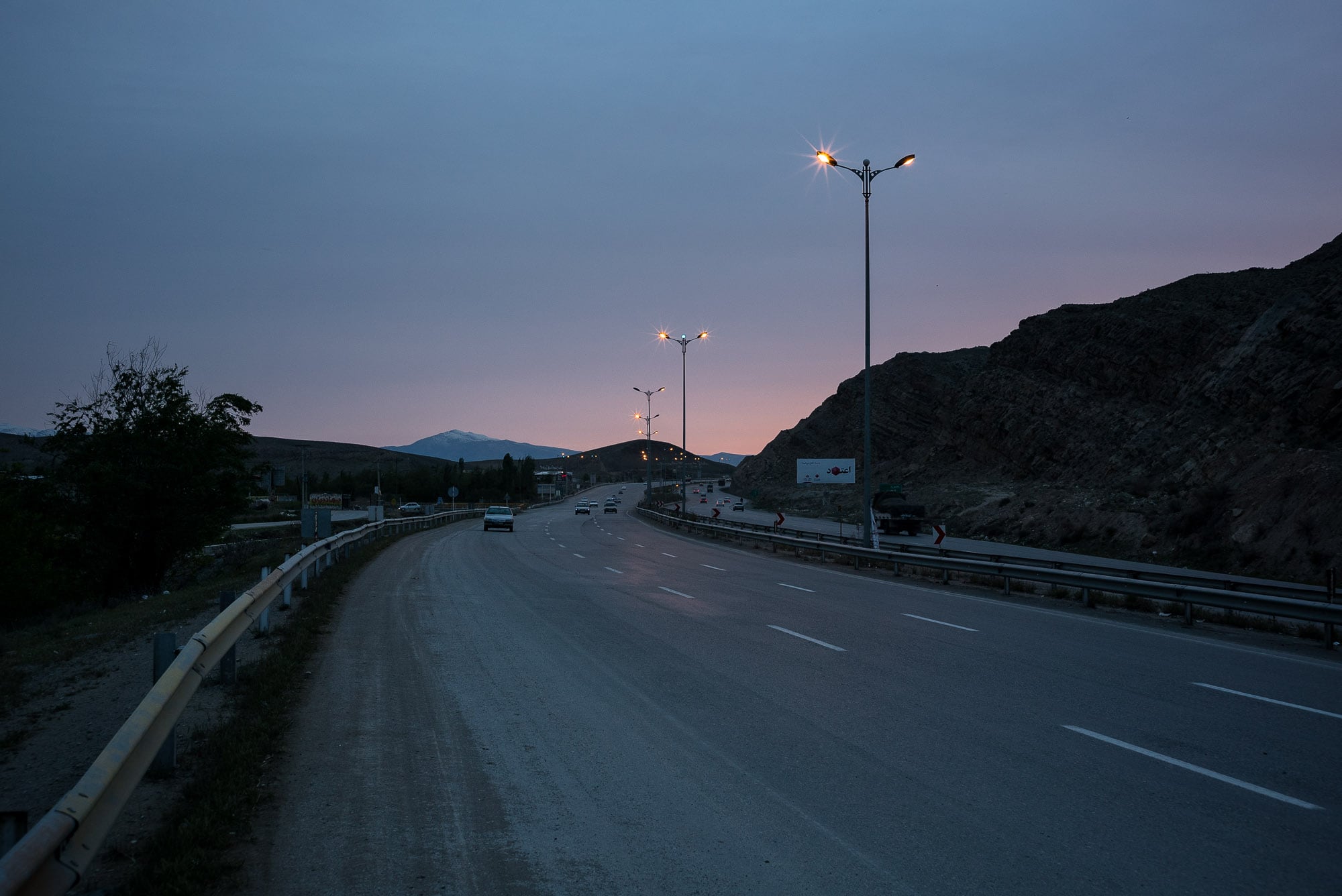 I tried to take a photo of the Caboose and me walking into the sunset: 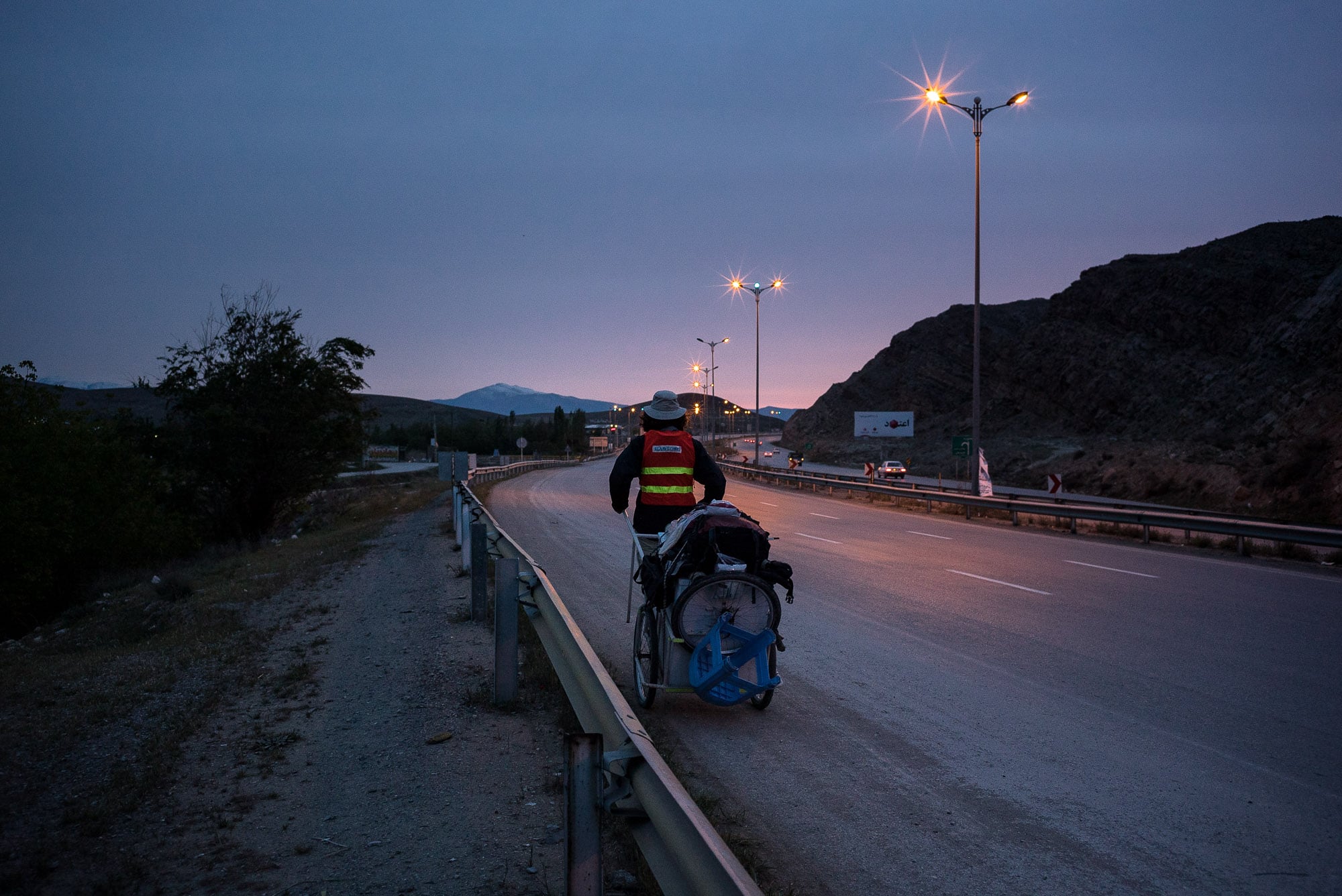 It was then that I wished for a travel partner who could have taken this kind of photo for me.

360 degree video of the tunnel:

Day 1085
from Sisab to Hotel Dariush