When I left, it was another sunny day, and walking felt easy. These two dudes came running after me until they were out of breath, then they asked for a picture: 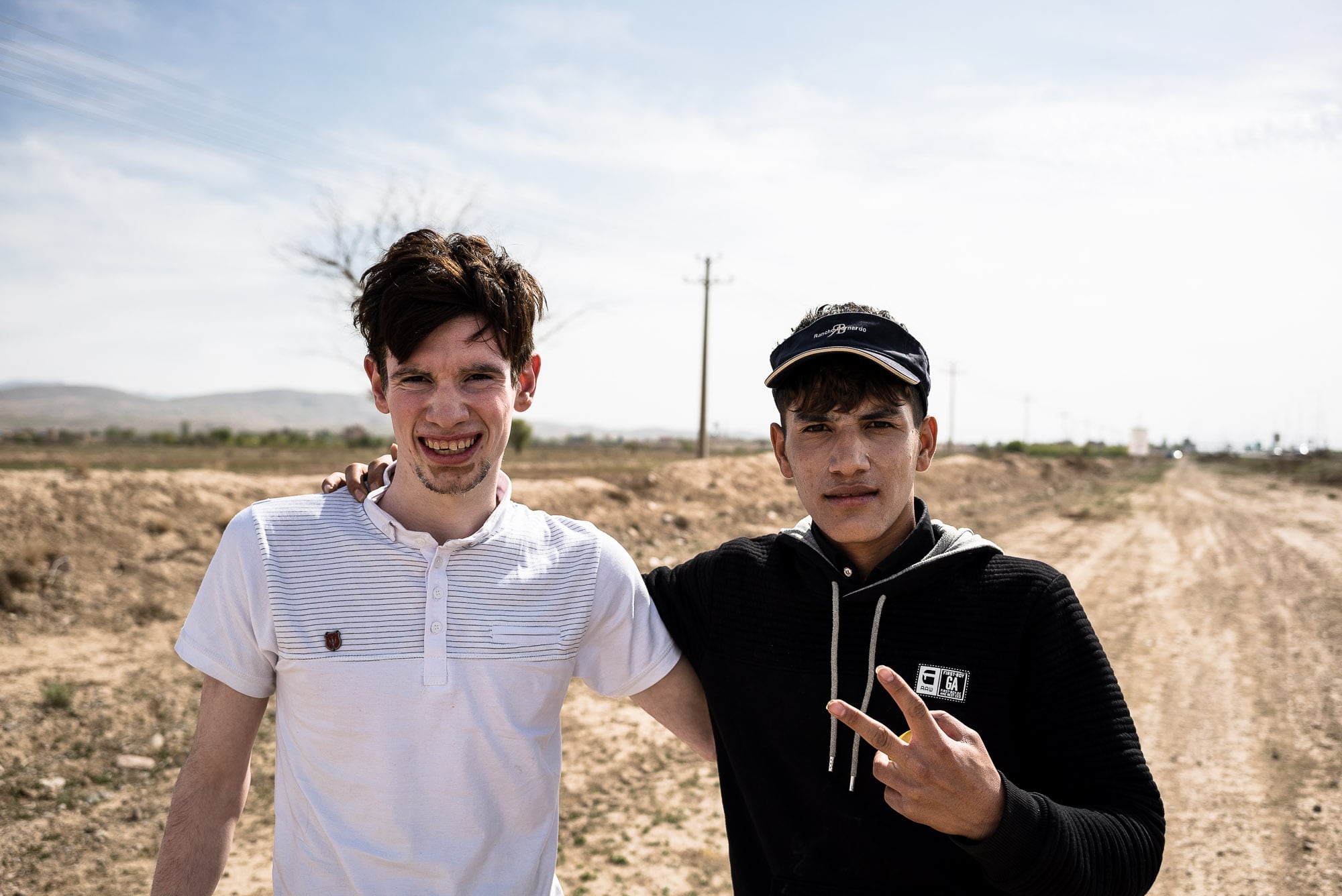 If you look at the map you can see a dotted line. I crossed it today, stepping into my second Iranian province. But nothing changed as I left Razavi Khorasan and entered North Khorasan. The farms still looked the same: 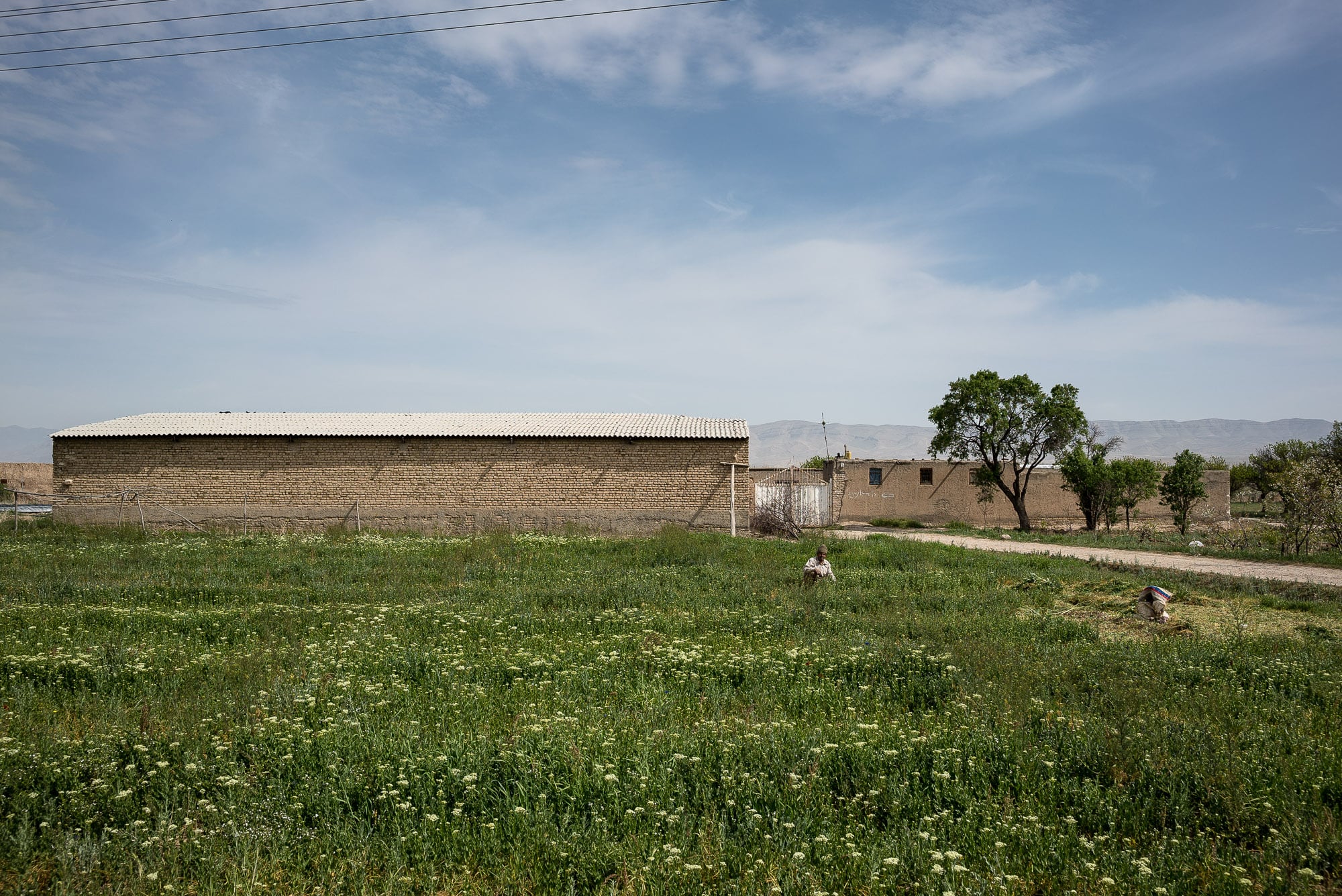 Sometimes there were abandoned construction sites: 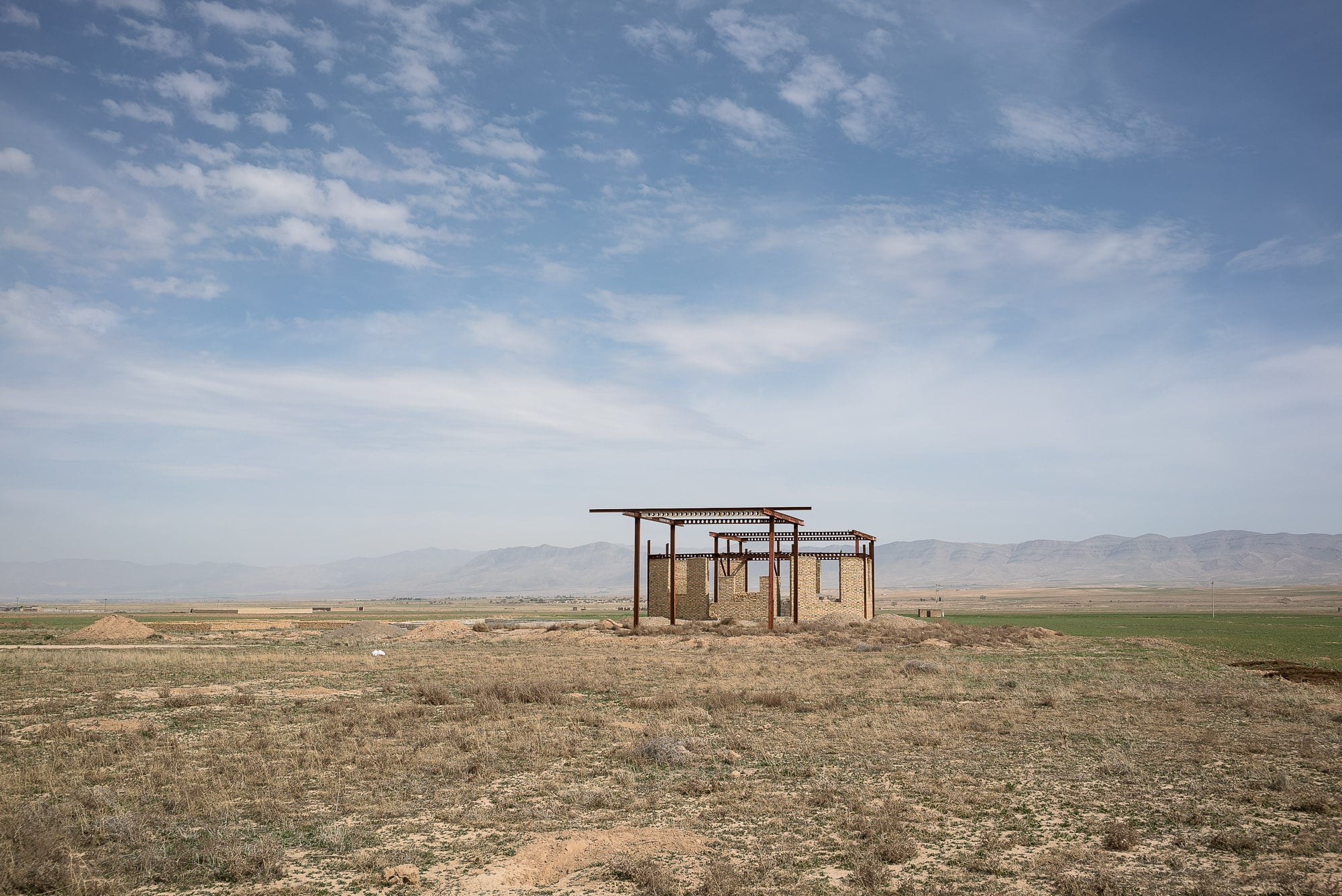 And yellow fields that were shining in the sun: 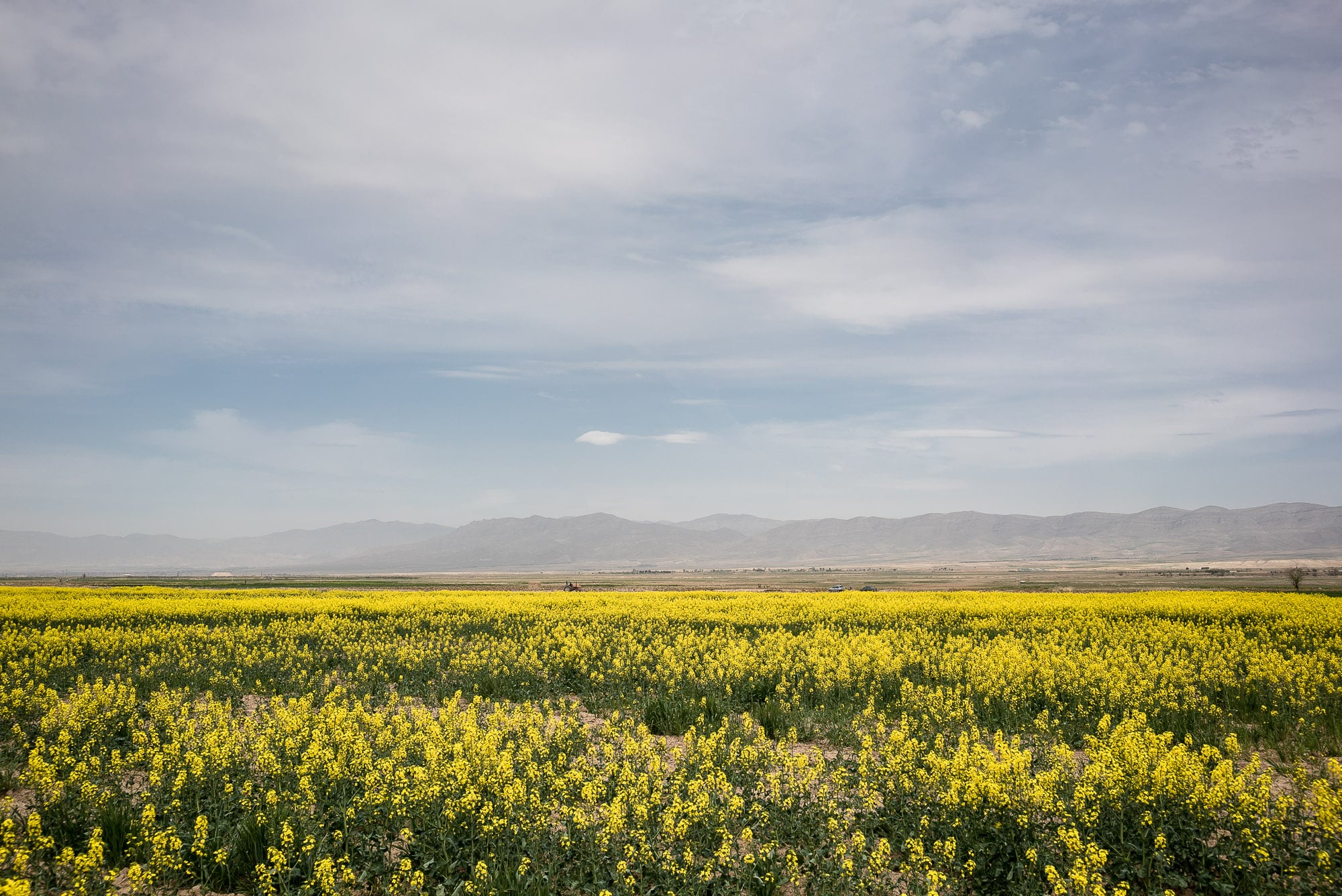 I was walking on a dirt road next to the highway, and I ran into quite a few people. These two gentlemen were reading the qur’an: 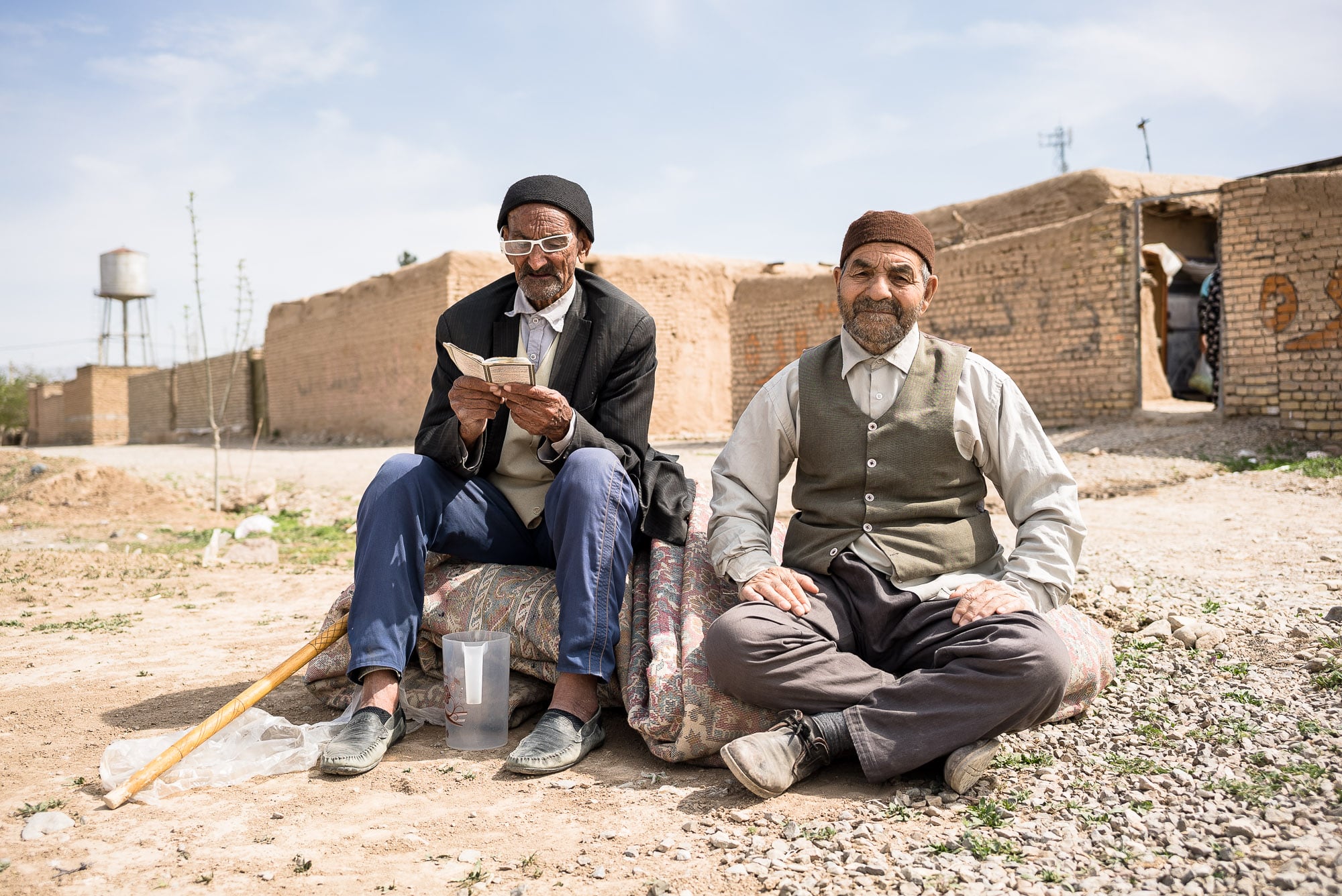 These ladies were working in a field: 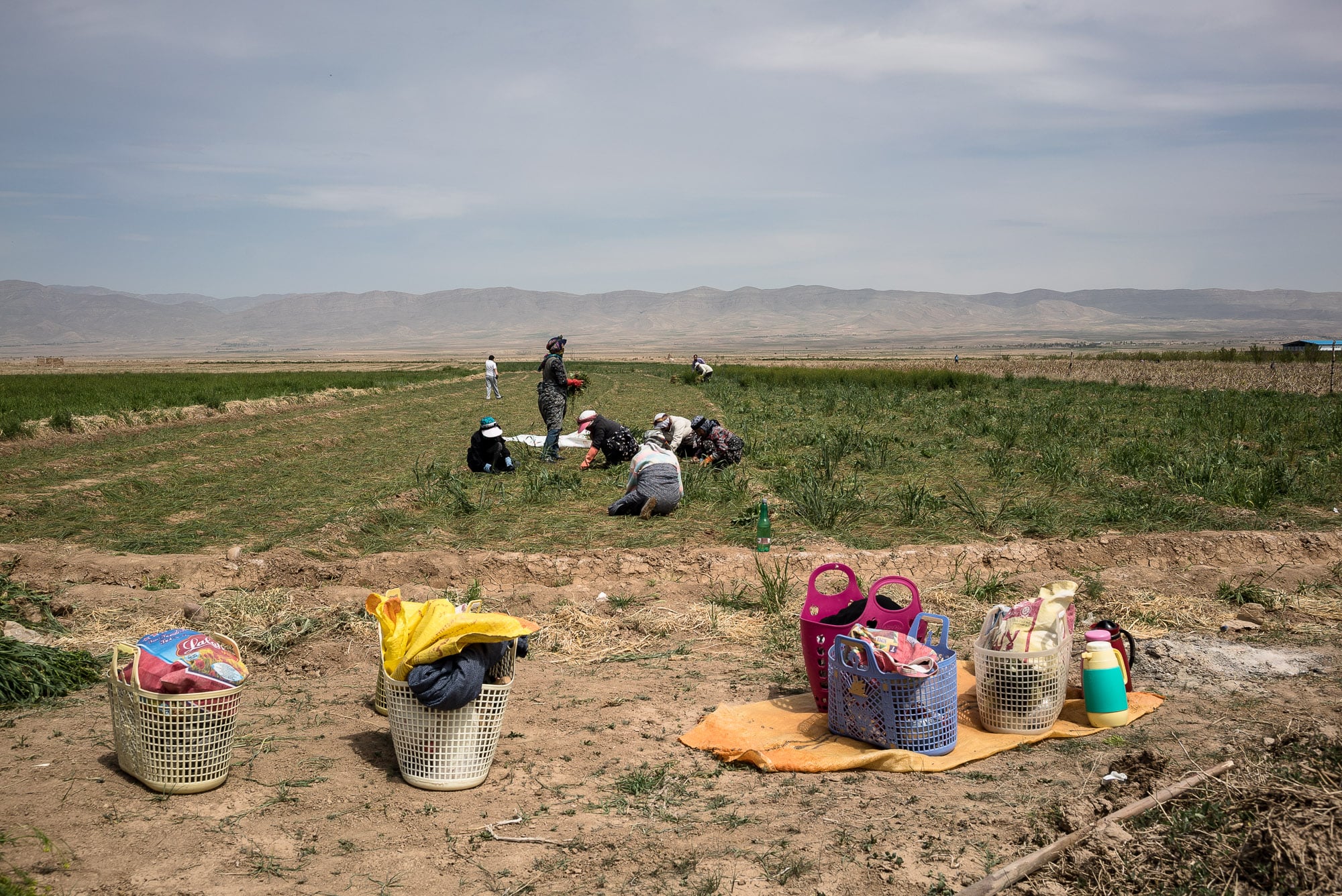 And this family gave me a watermelon for the way: 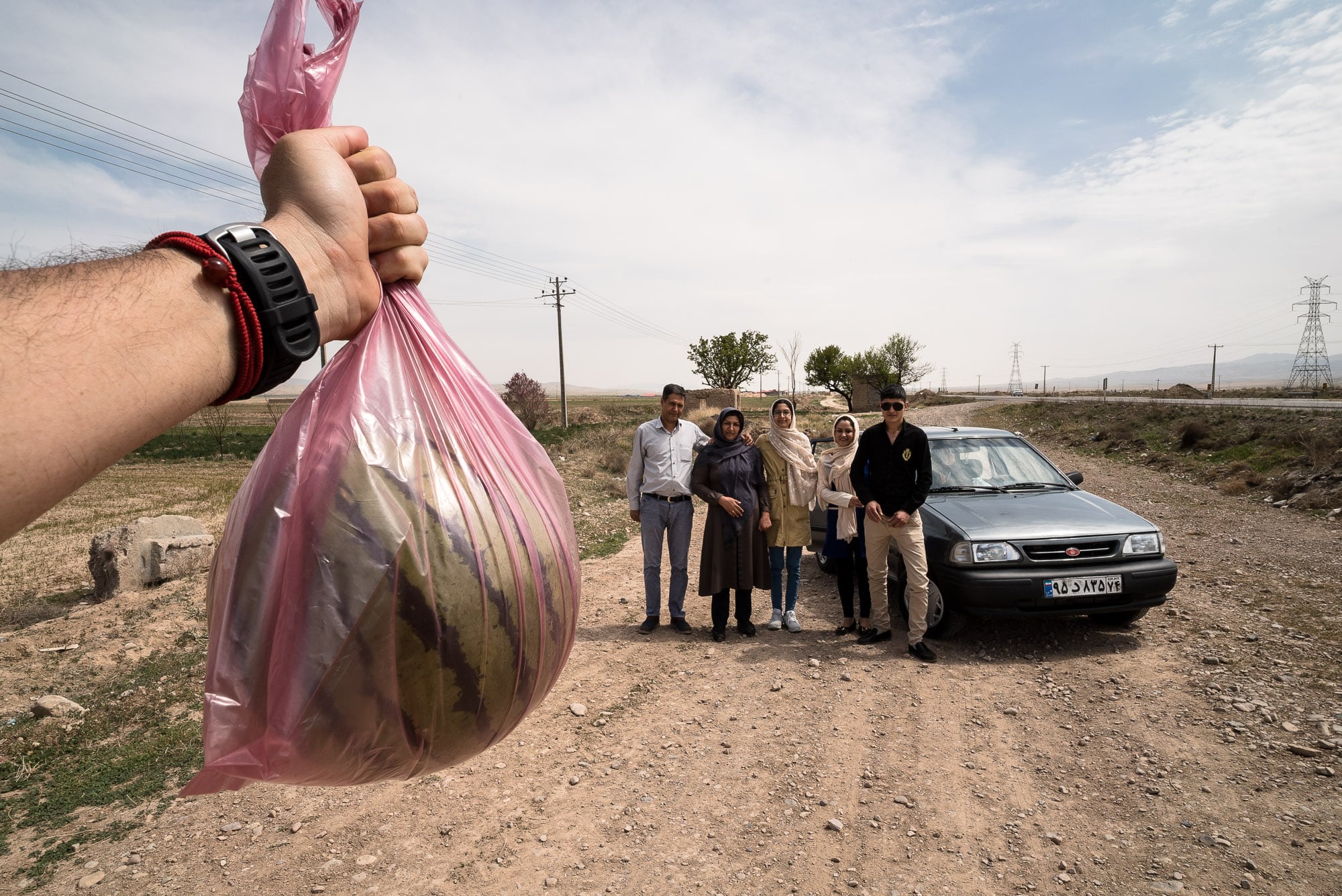 It was yellow on the inside, and it tasted better than all other watermelons I had tried this year: 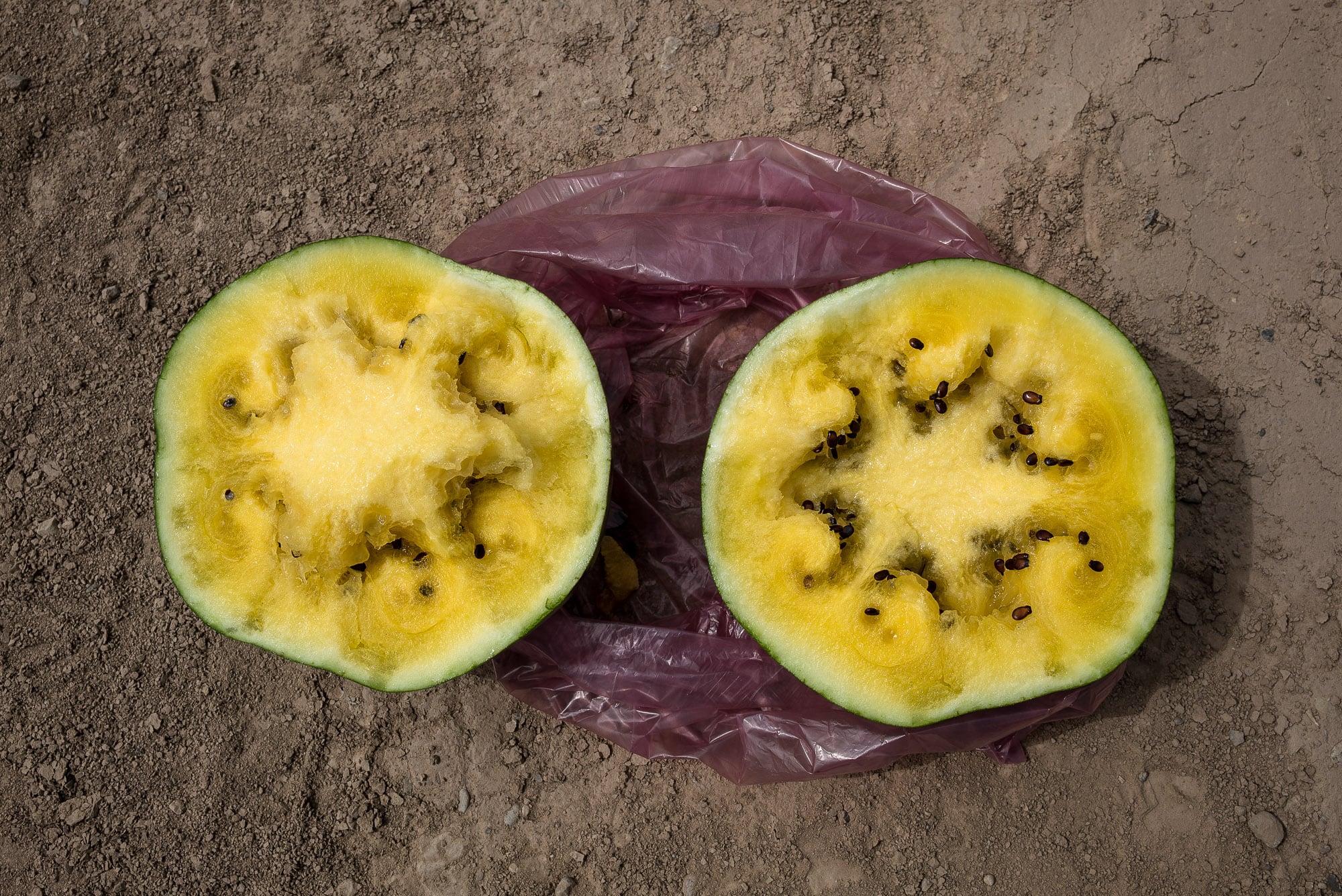 When I arrived in Faruj, a large village that seemed to be a center in the region, I was greeted by a monument to nuts: 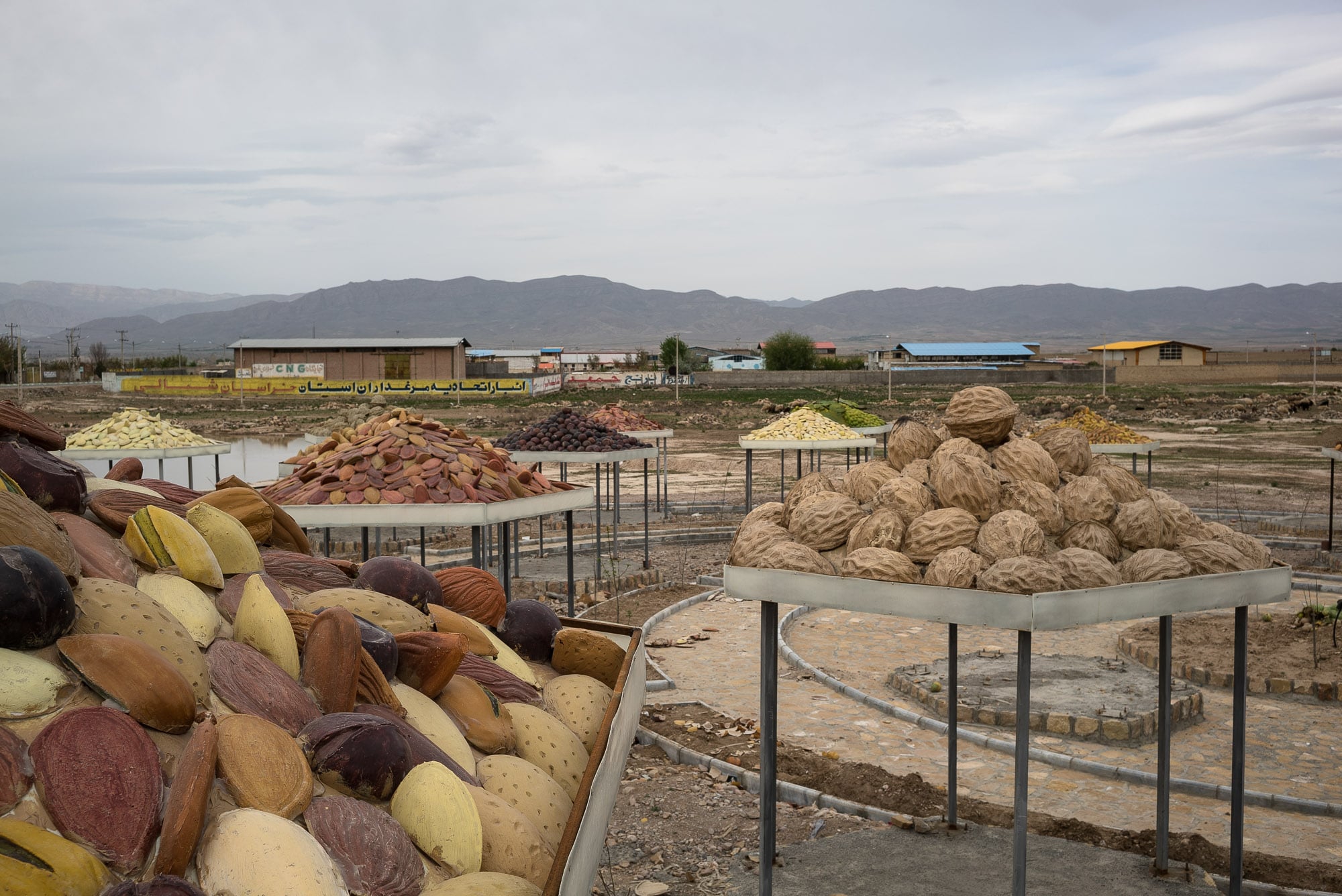 Okay, I thought, nuts. Why not? I had seen a monument to glasses when I had entered Quchan a few days earlier, and it had meant nothing. At least there hadn’t been any more glasses after that.

But here in Faruj it was different. I saw nut shop after nut shop, piles and piles, basket and baskets, buckets and buckets of nuts: 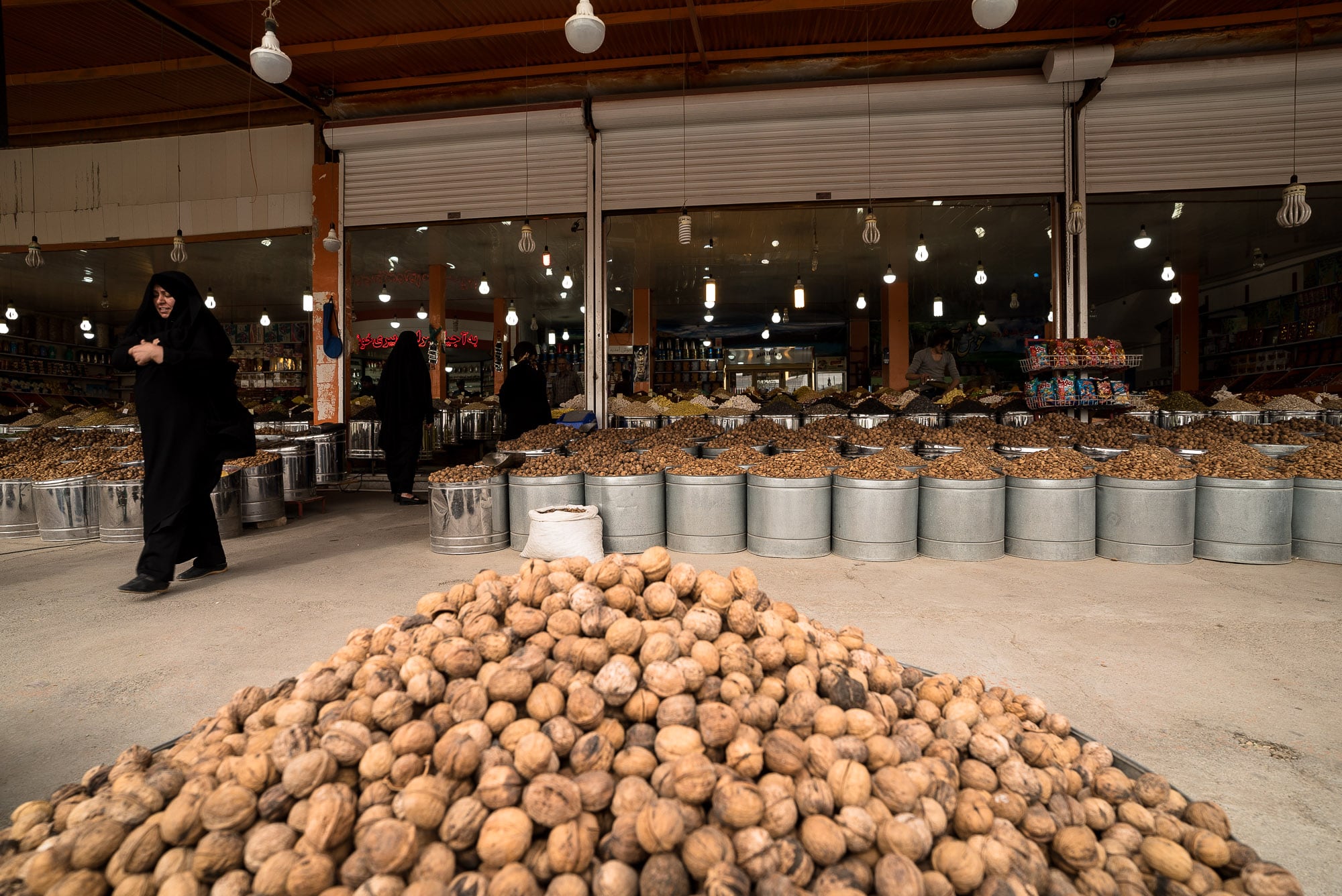 This went on for more than a kilometer: 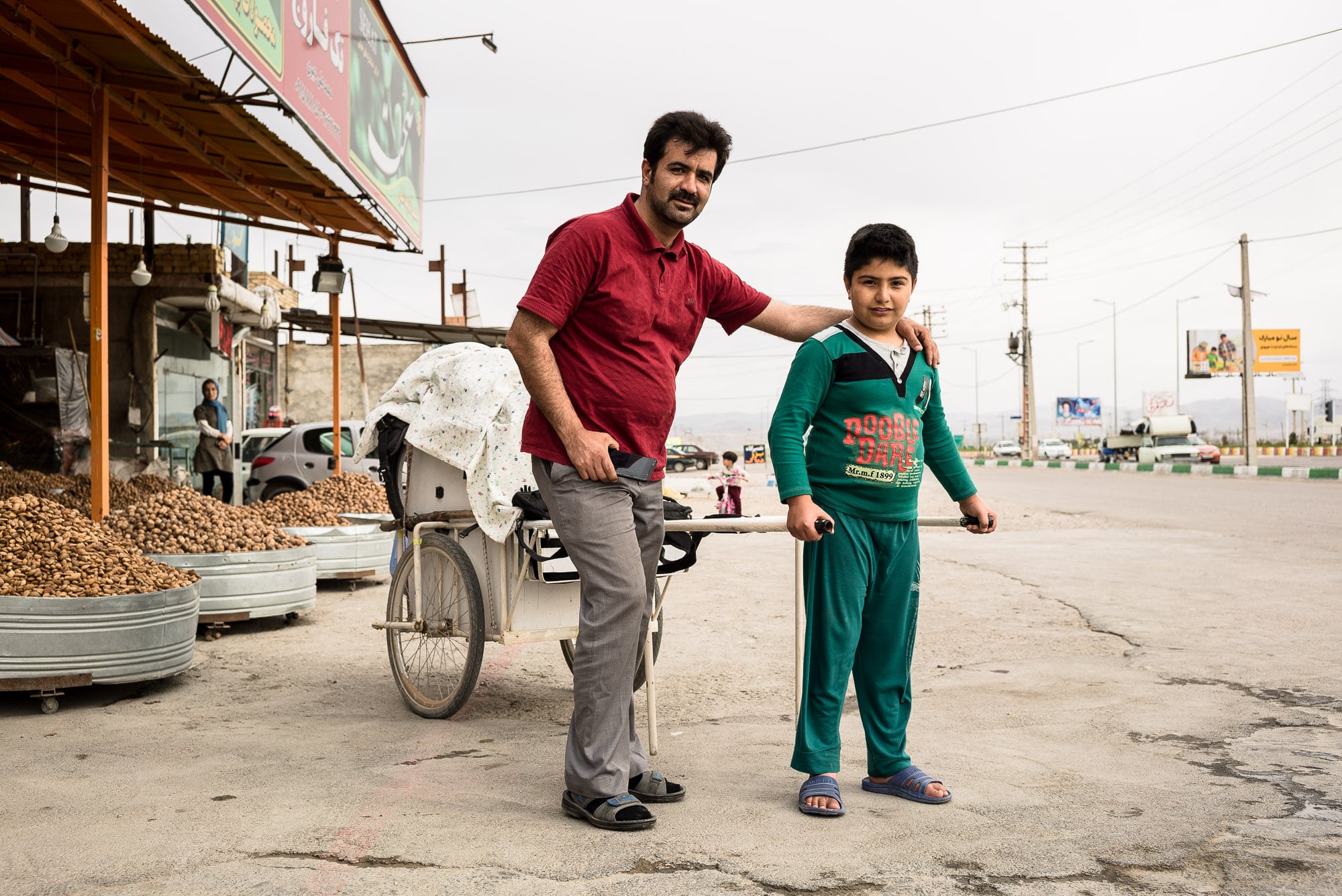 When I made a gesture that was supposed to mean “so many” and pointed at a nut vendor’s displays, he smiled and nodded: 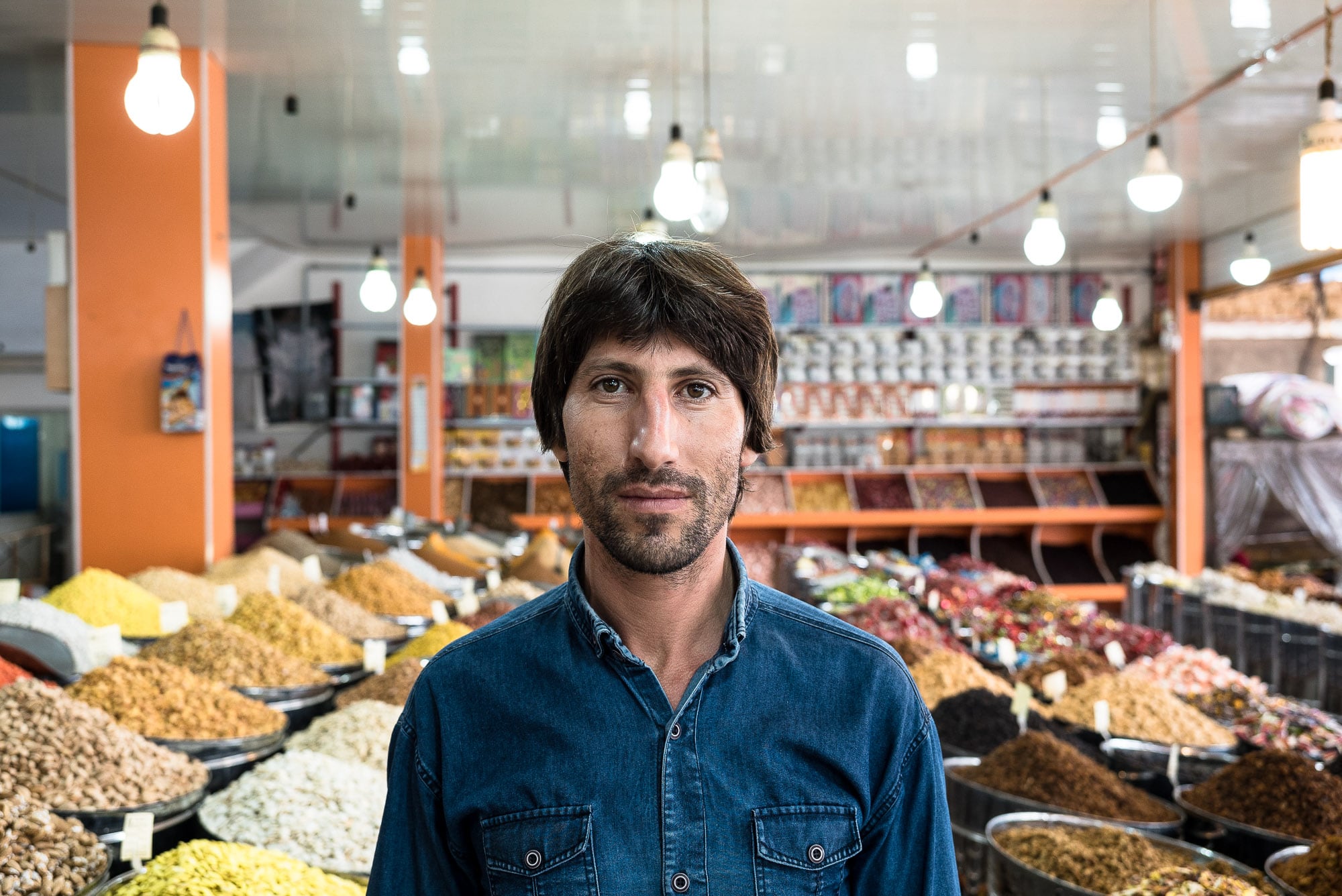 Yes, Faruj was all about those nuts.

But I needed a place to sleep more than anything else, so I went to the first mosque outside of the city, but it turned out to be closed, and nobody knew how to get the key.

I was a bit disheartened until Vahid, a 16-year-old, told me to come with him.

He lived on a cattle farm not very far off: 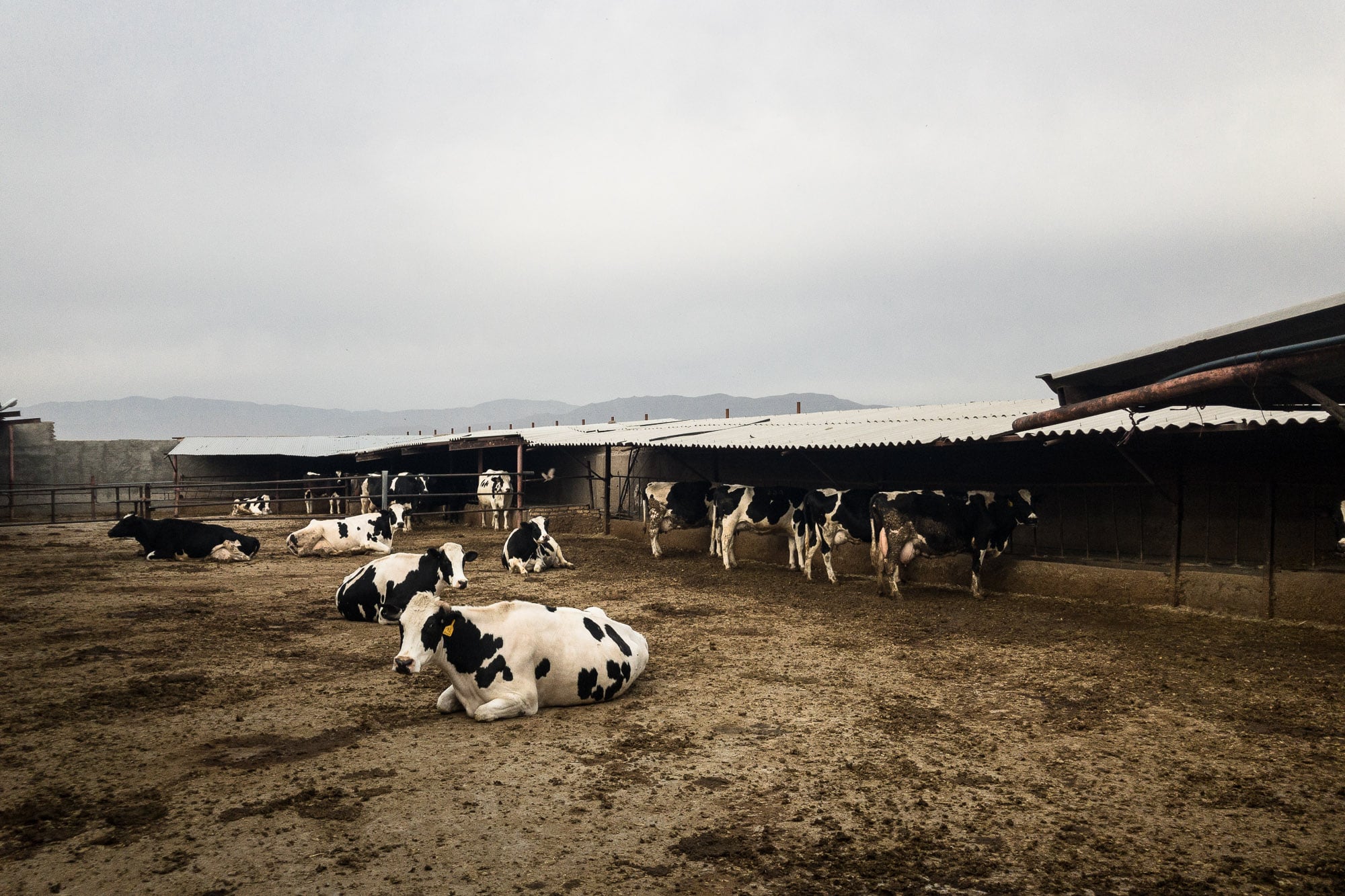 I like cows, so I was pretty happy at this point, even though I didn’t yet fully understand my living situation for the night: 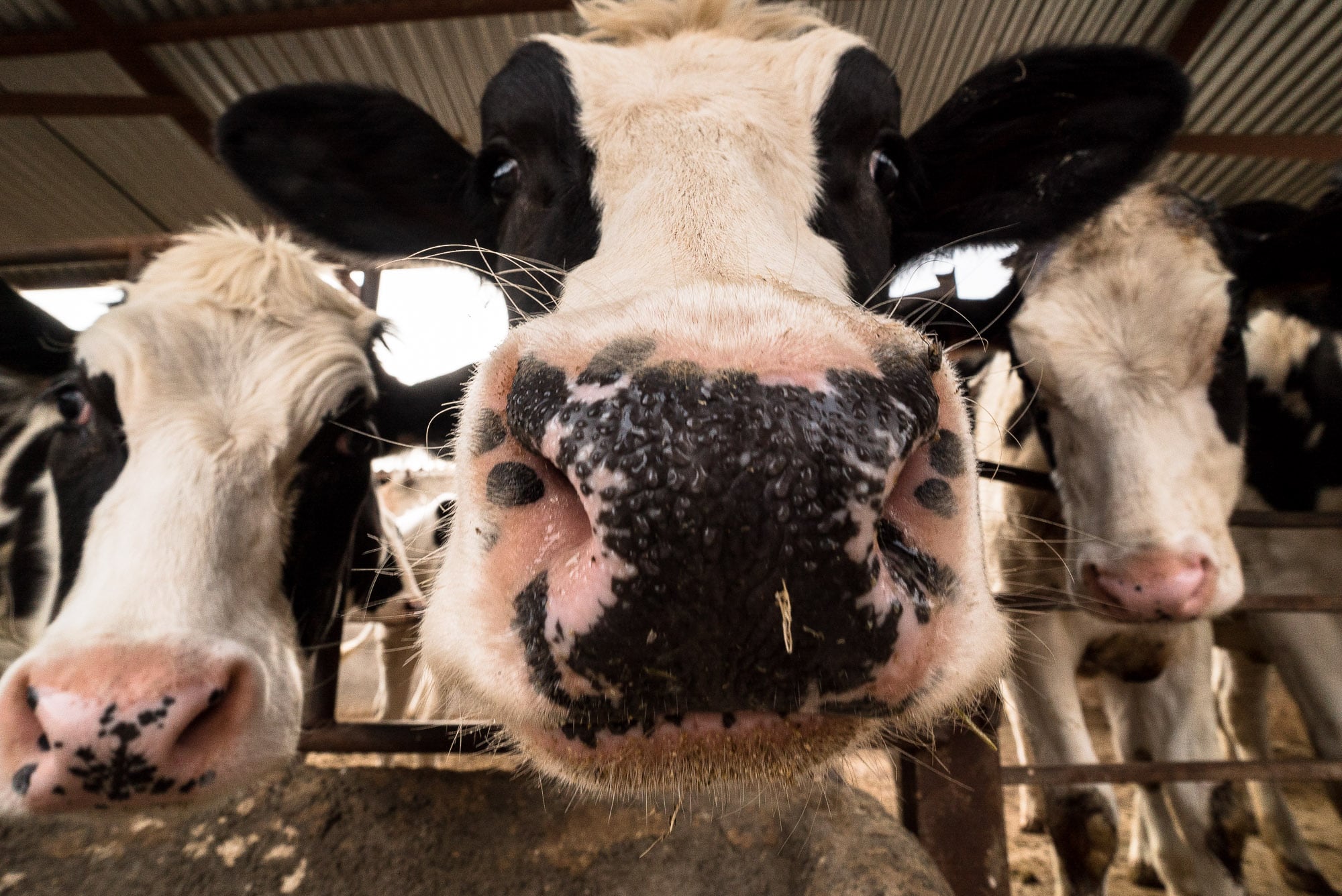 Then I was called inside for tea: 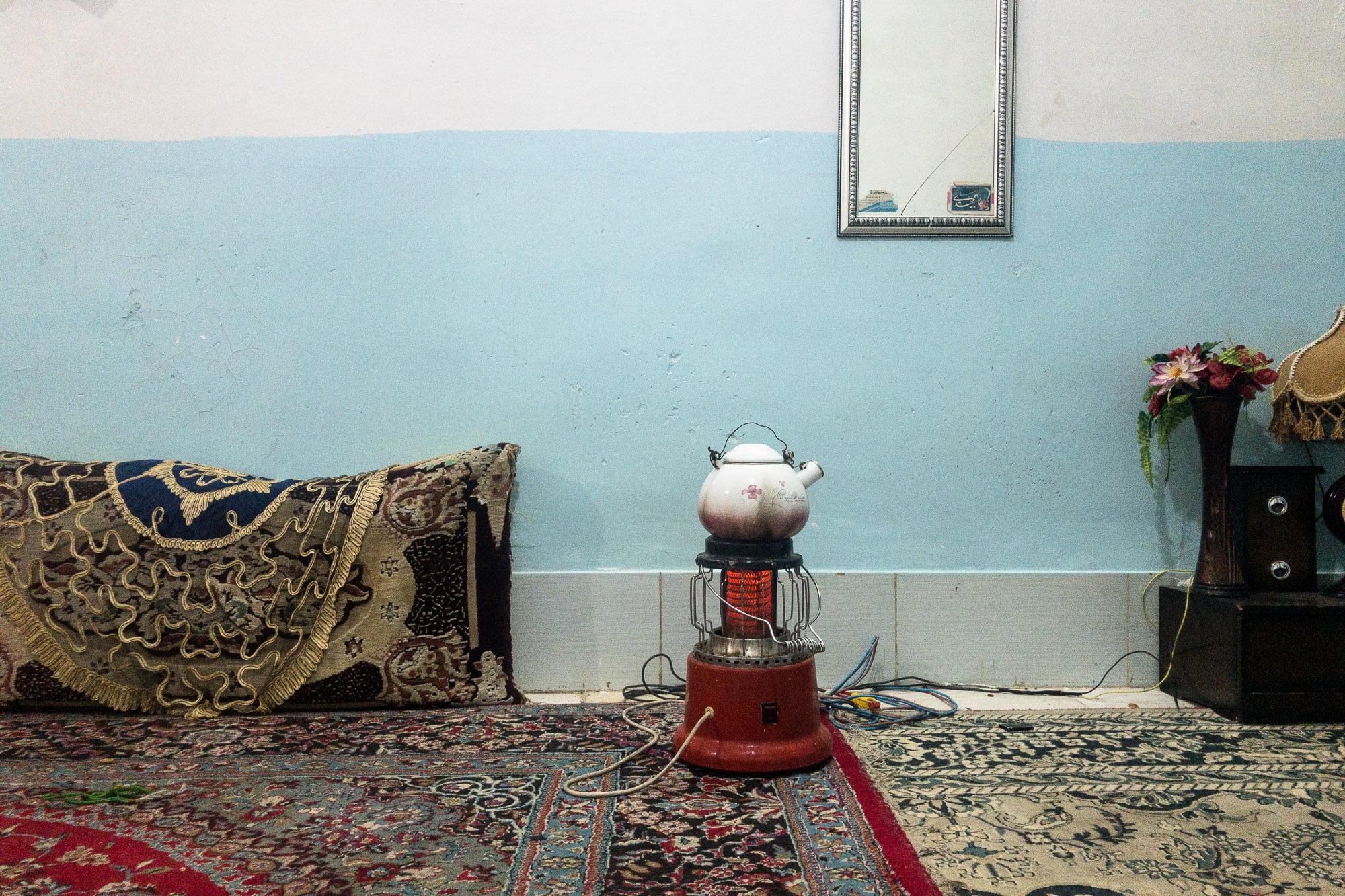 Vahid had two sisters and a brother, and we communicated with the help of gestures and translation apps. And we played with little plastic balls, with my cameras, and we watched tv: 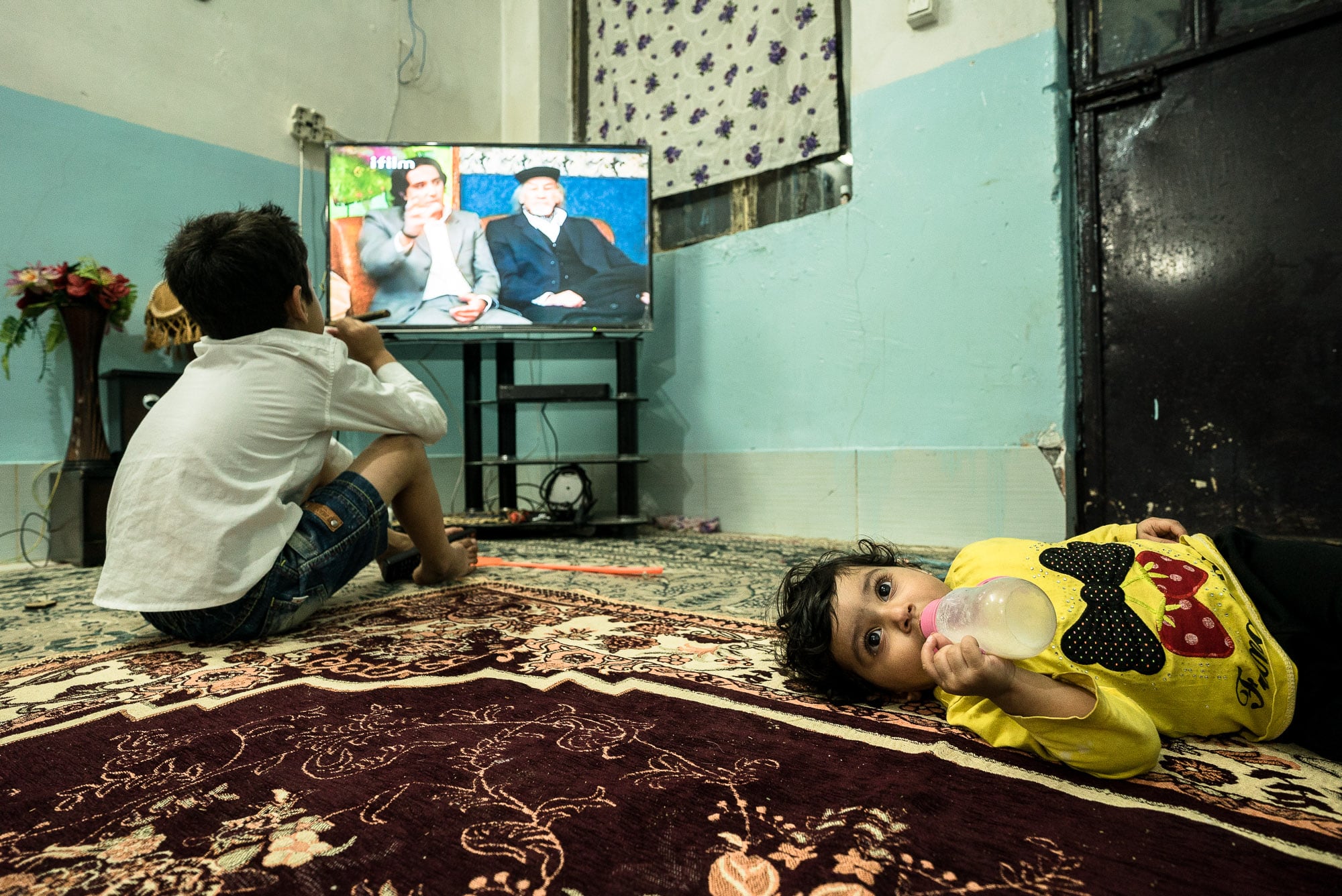 Then they took me outside to observe the milking process: 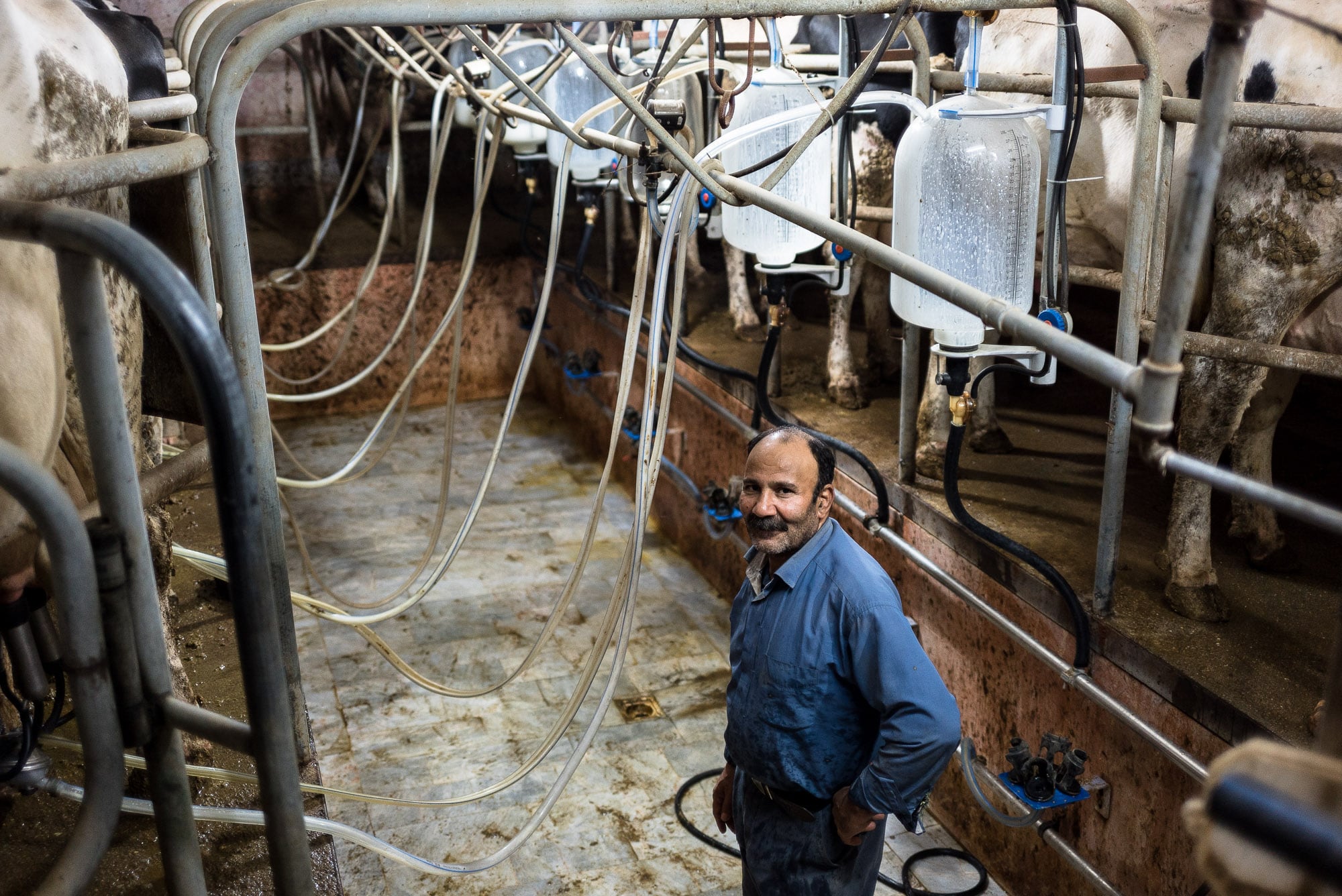 A part of the milk was put aside for the calves: 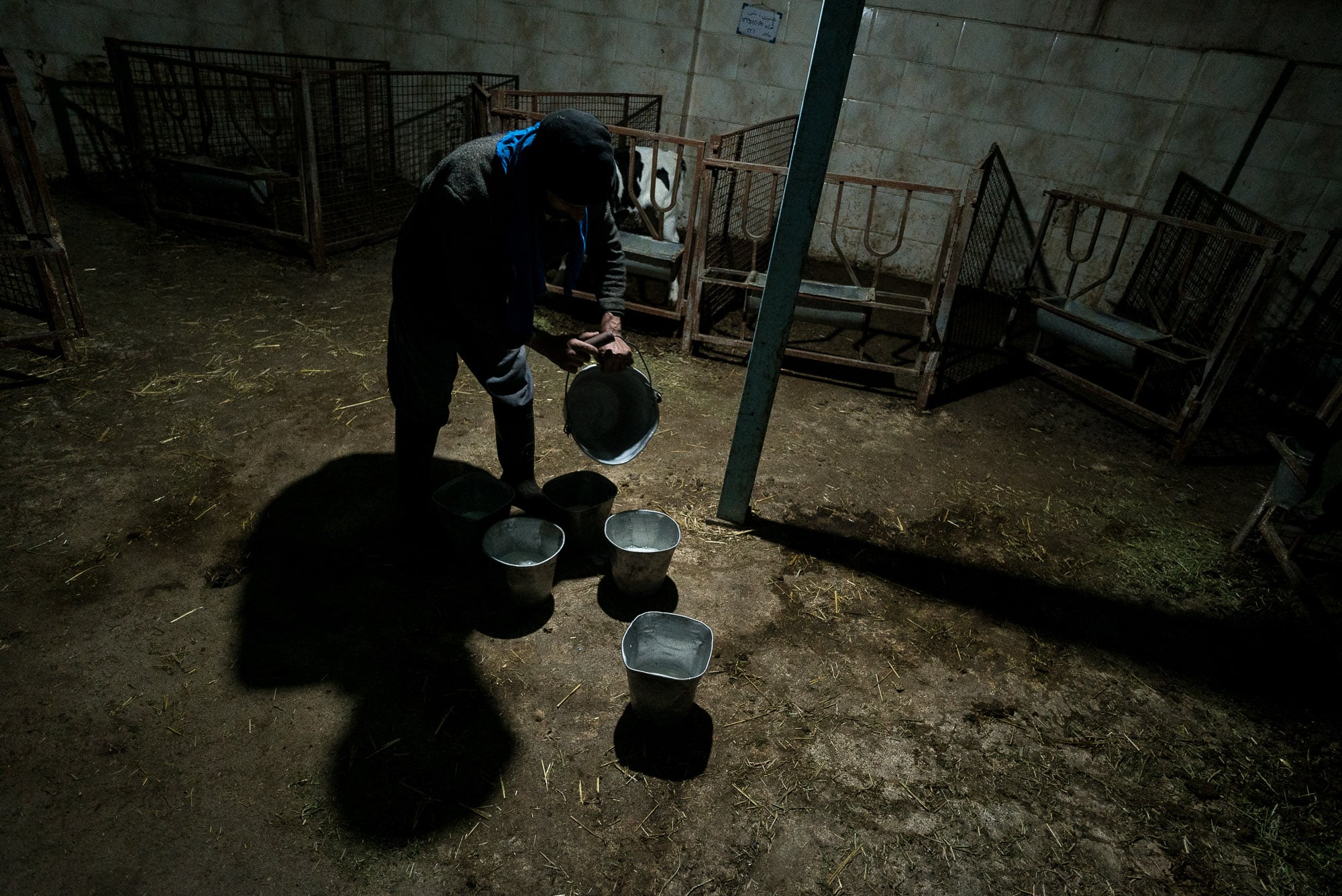 And here, finally, is Vahid with his little sister Fatima and his little brother Ali: 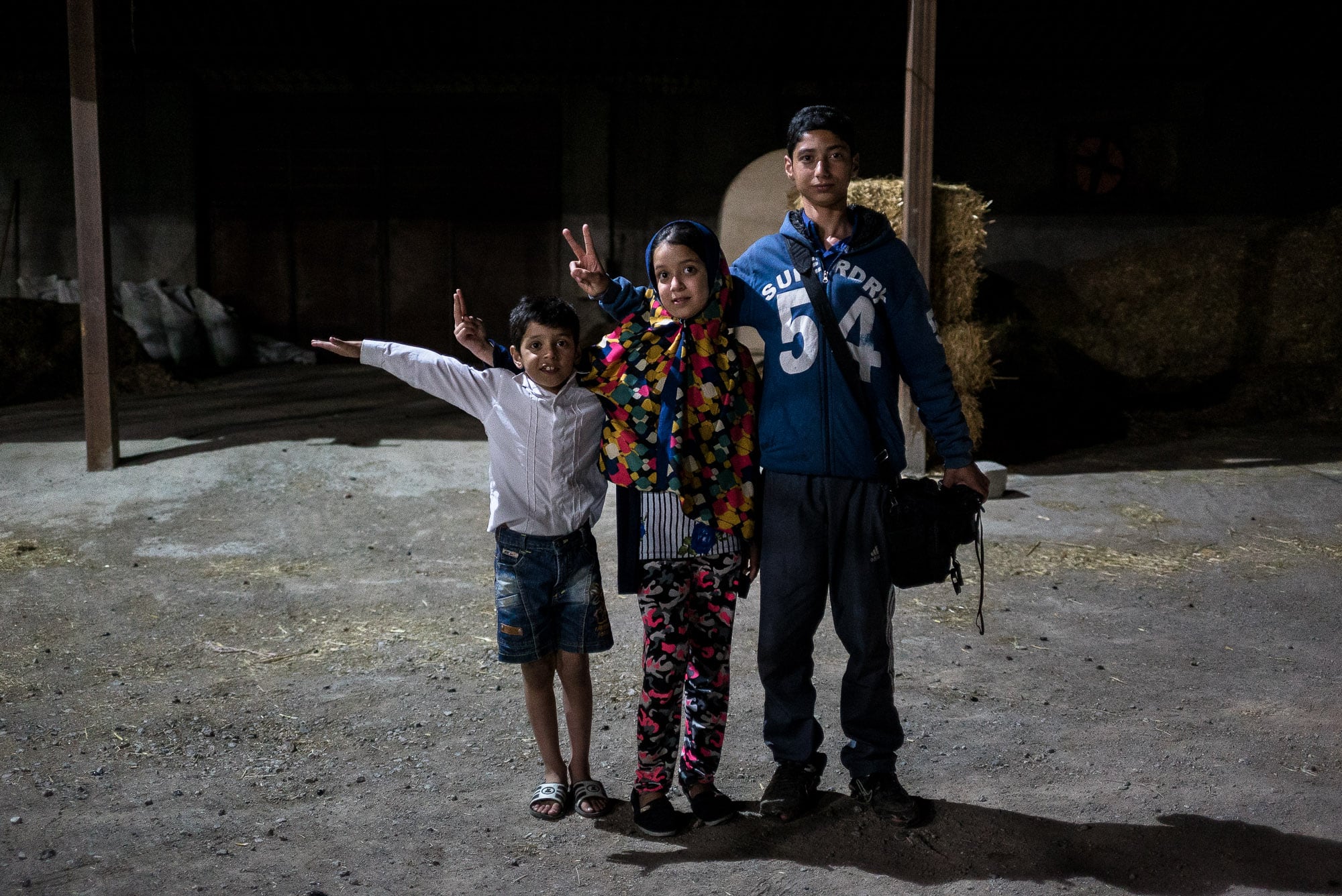 They were awesome kids.

I got a glass of fresh, boiled milk: 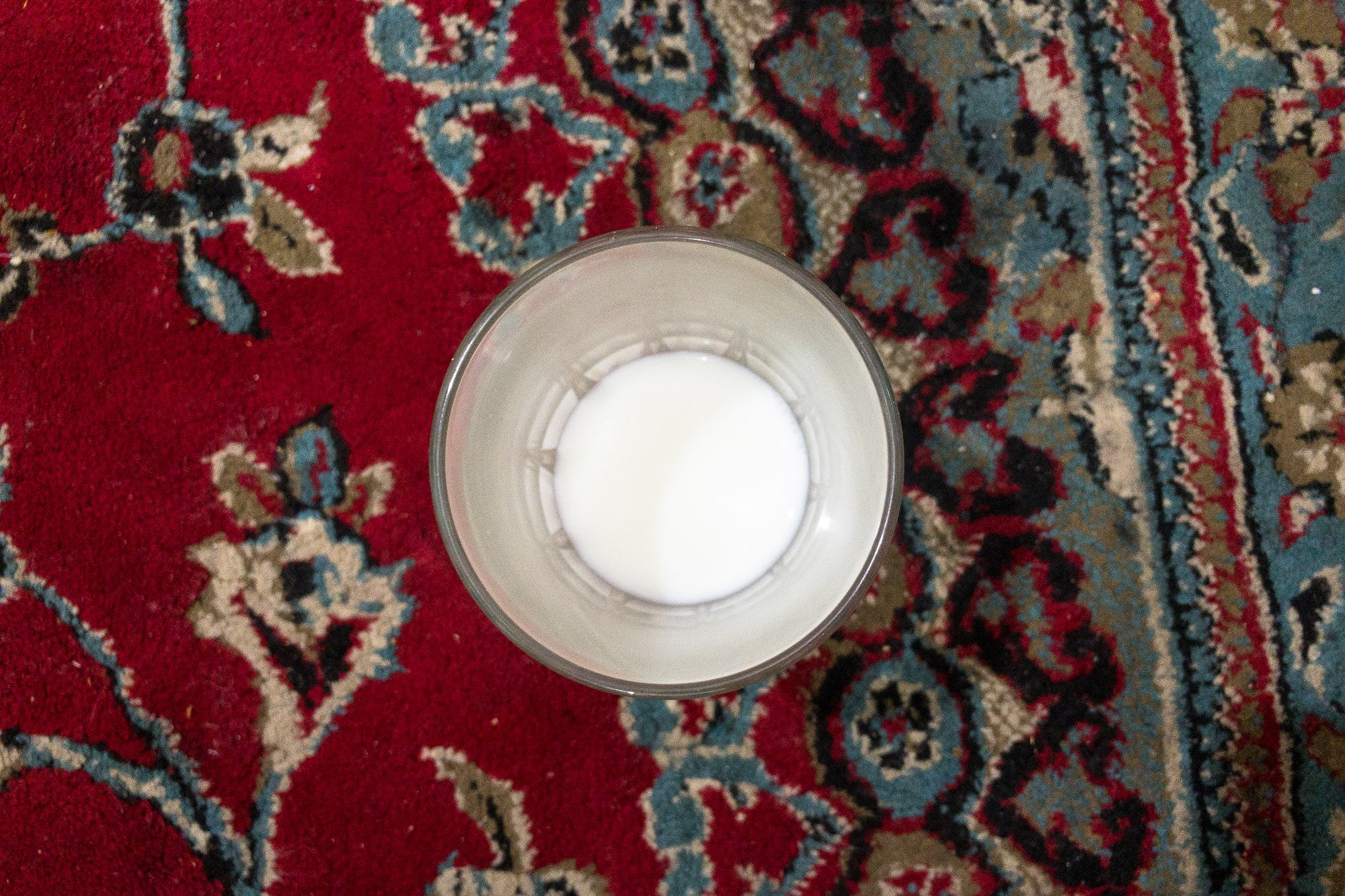 And then – as farm life goes – it was time for bed.

Day 1079
from Shahr-e Kohneh to Faruj