I woke up with the morning light that fell into the room: 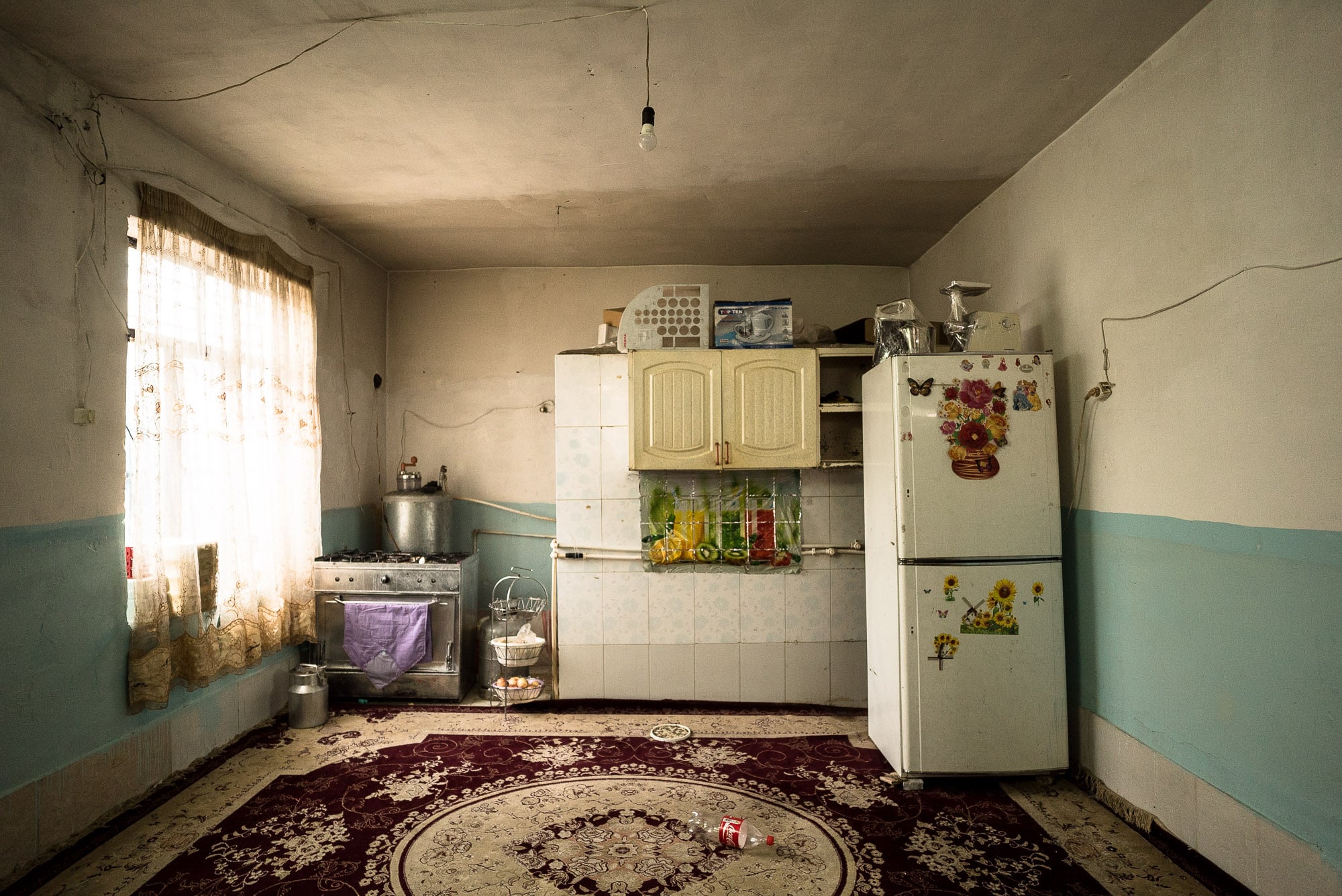 And I found myself in a good mood. We all had breakfast, then Vahid’s family watched me load up the Caboose: 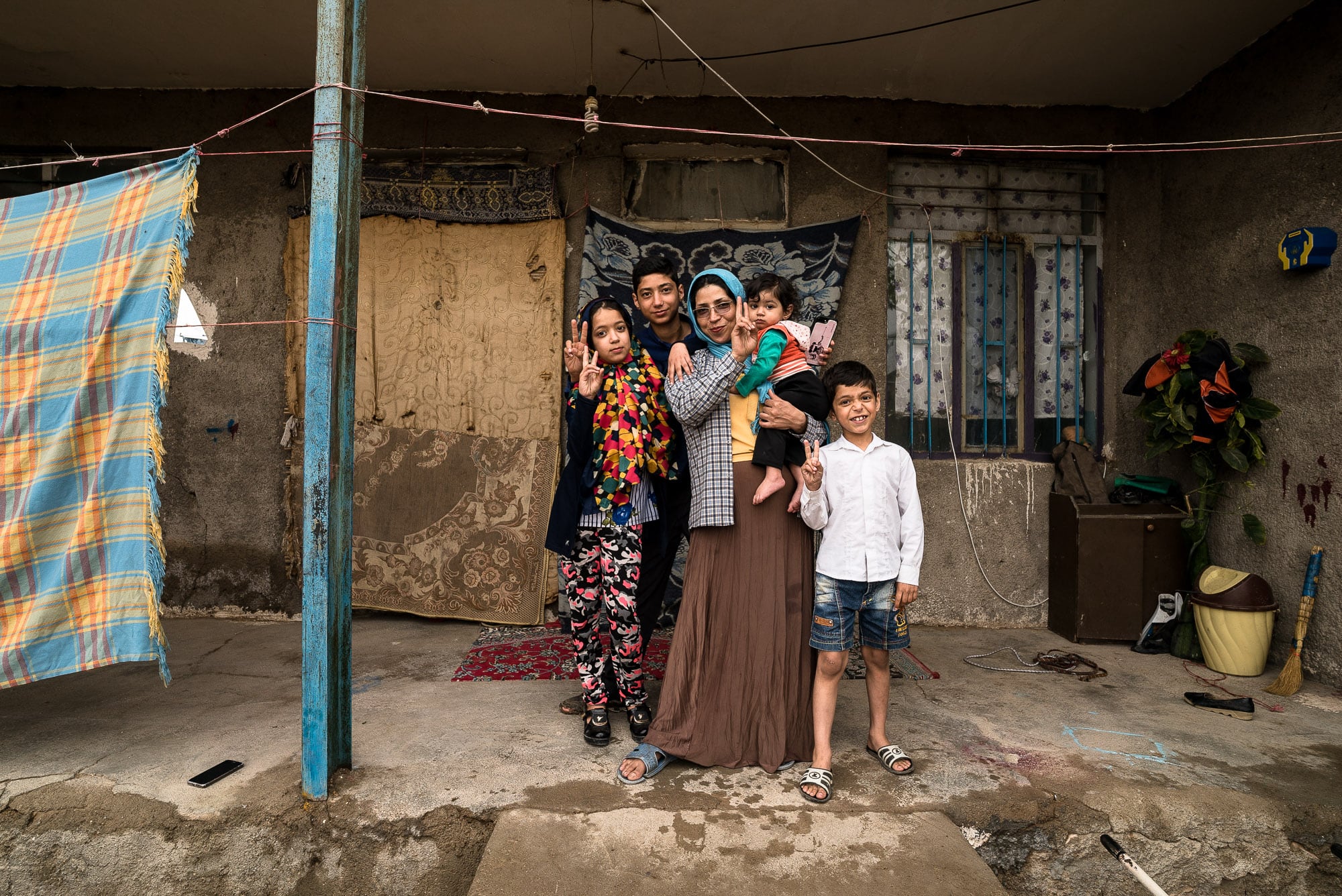 Vahid took my camera and ran off to photograph his dad with his friends repairing the car: 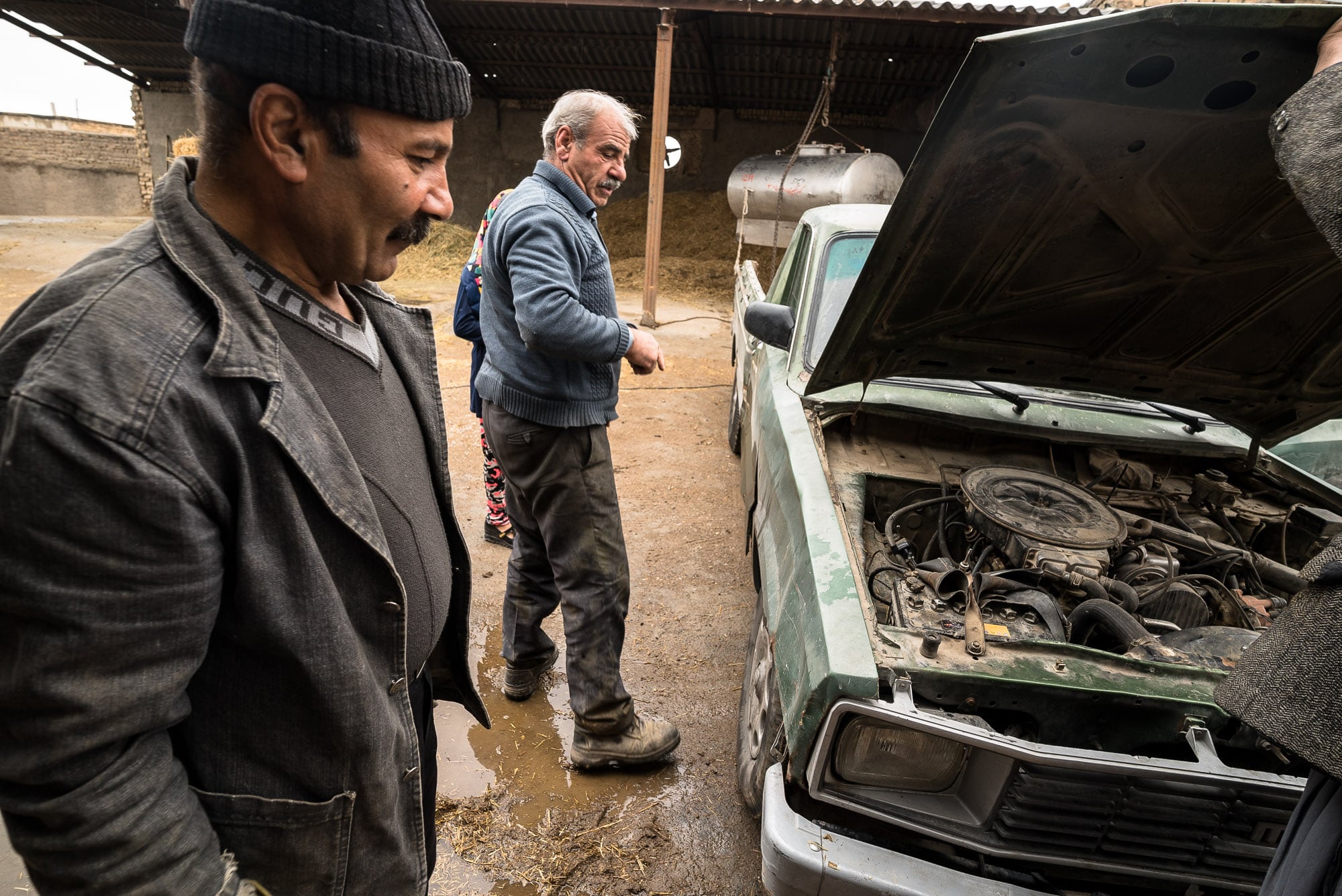 Then we posed for a photo together: 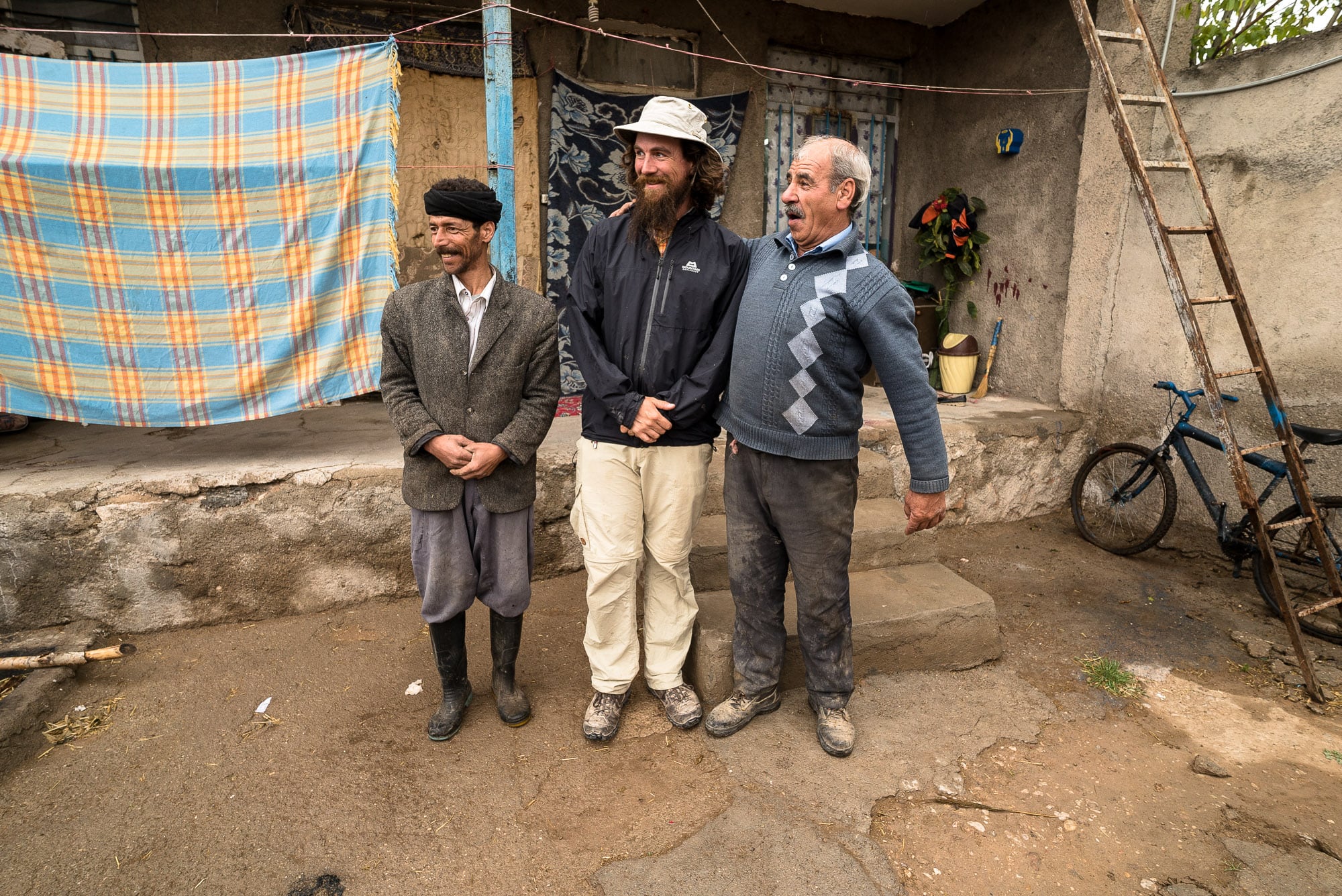 I have to say I quite like Vahid’s photos. He seems like a smart and talented young man, and I hope he will go to university one day.

We said our goodbyes, and I got back on the road again: 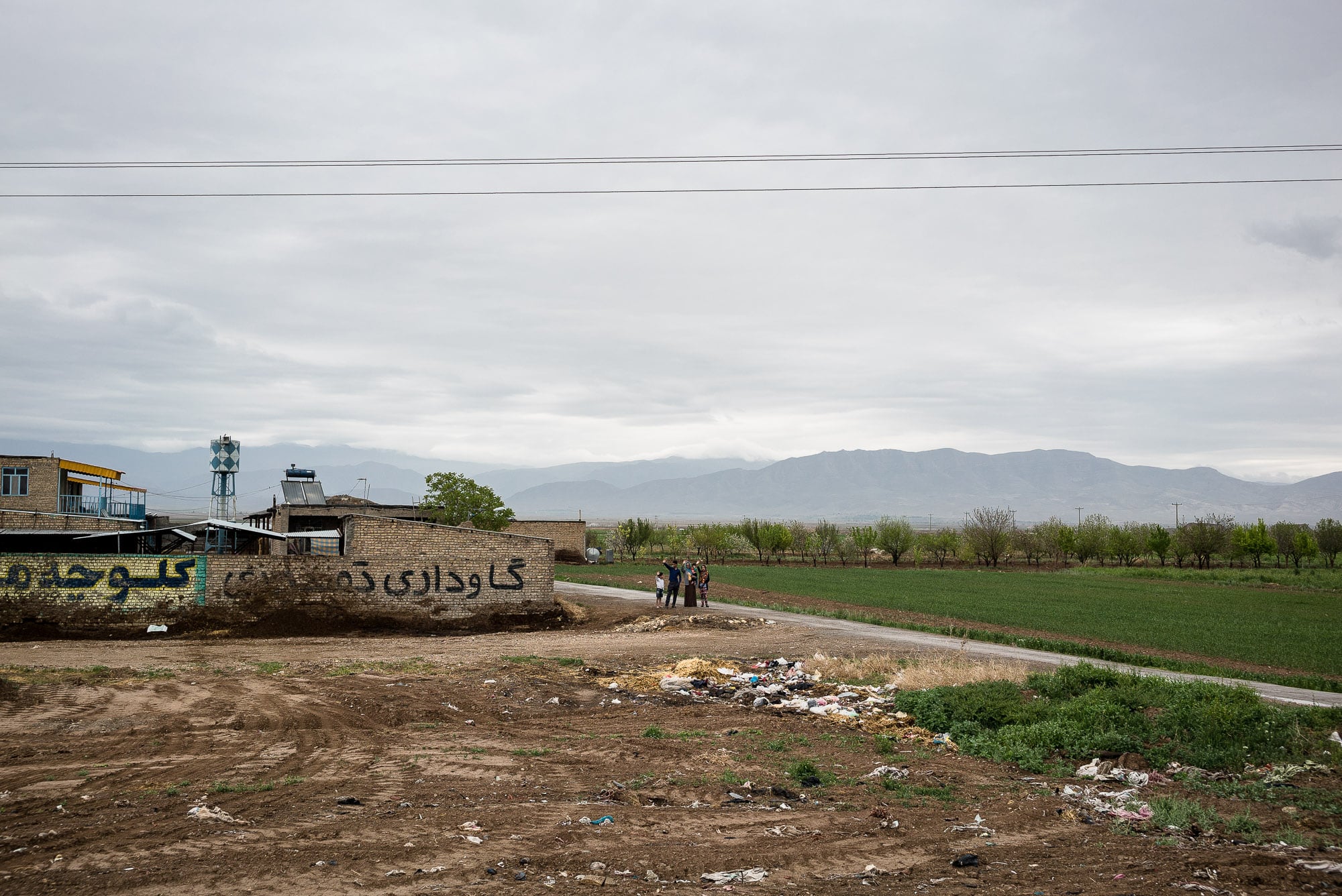 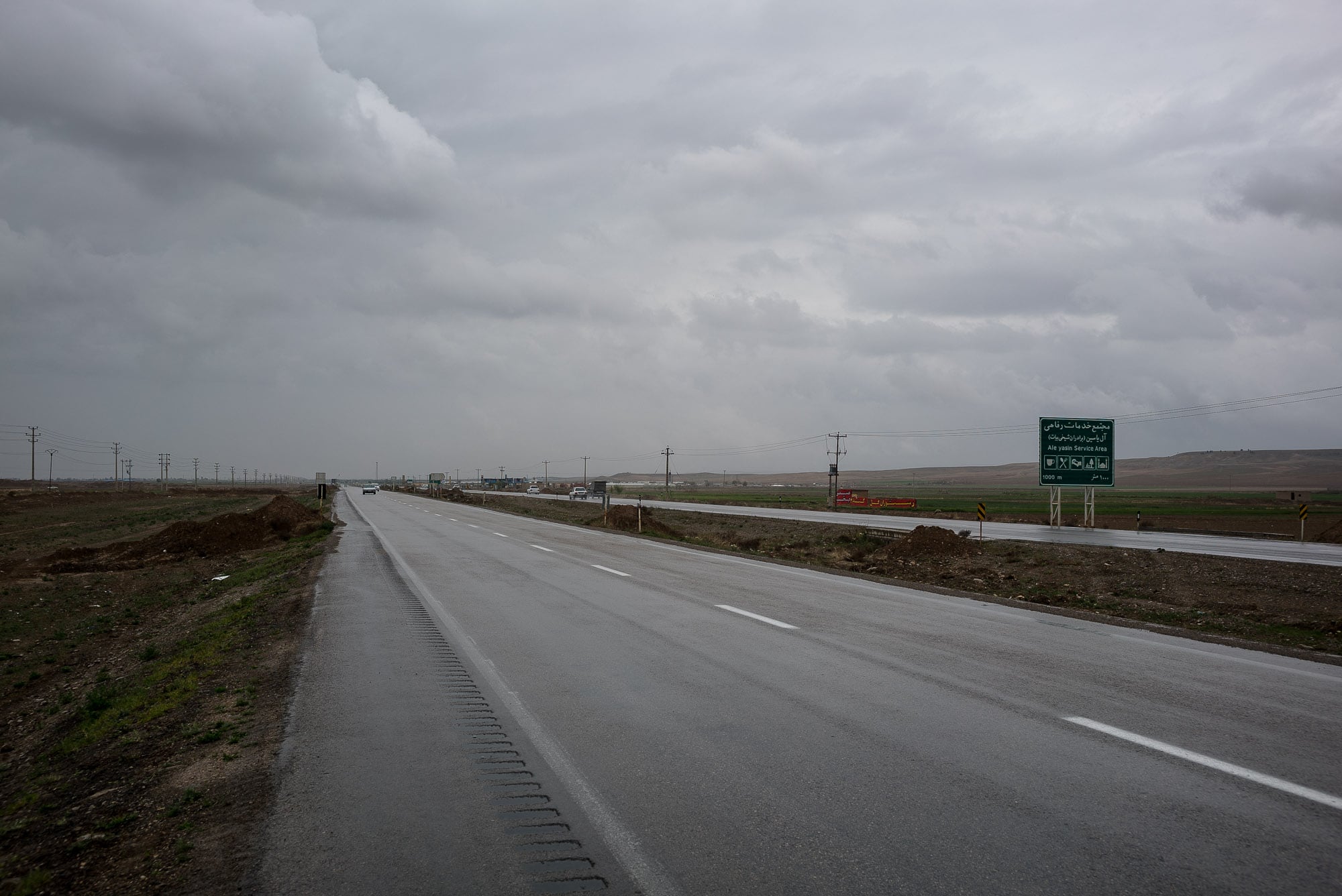 I couldn’t walk on the service road next to the highway, because it had turned to mud: 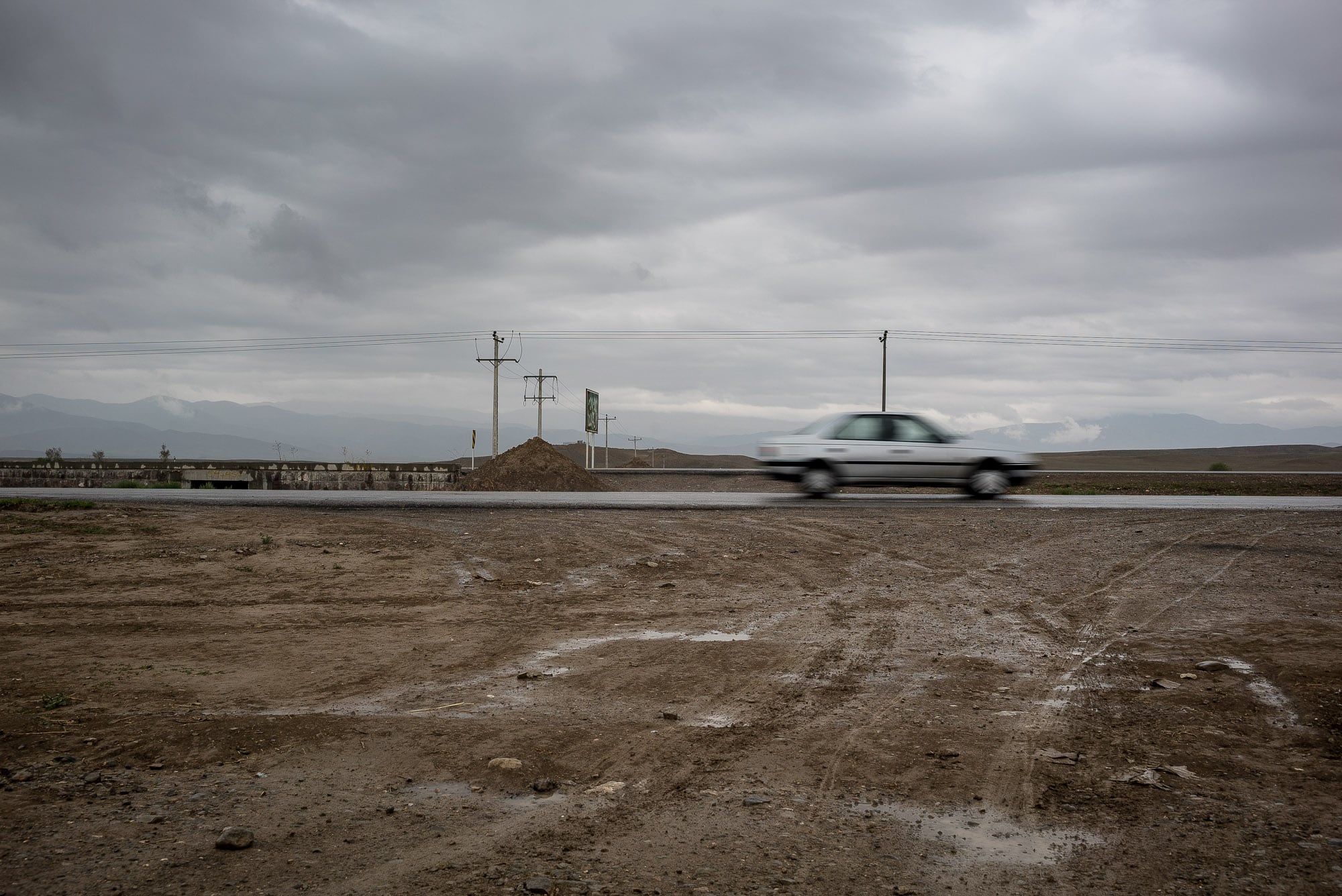 And there were hardly any buildings for me to go and hide from the rain: 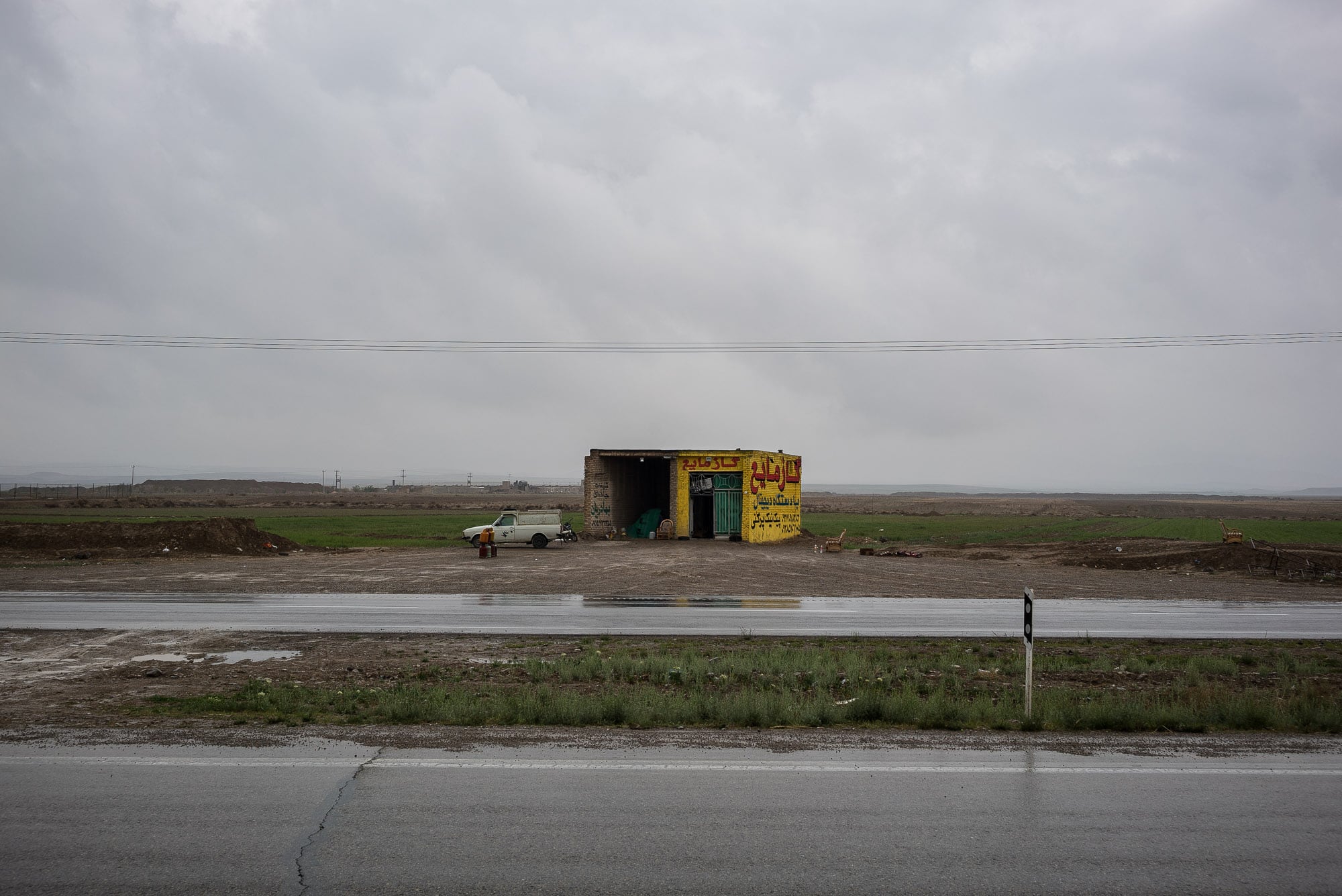 But I was still in a pretty good mood when I found this roadside restaurant where I had a two-hour lunch and warmed up from the rain and the cold outside: 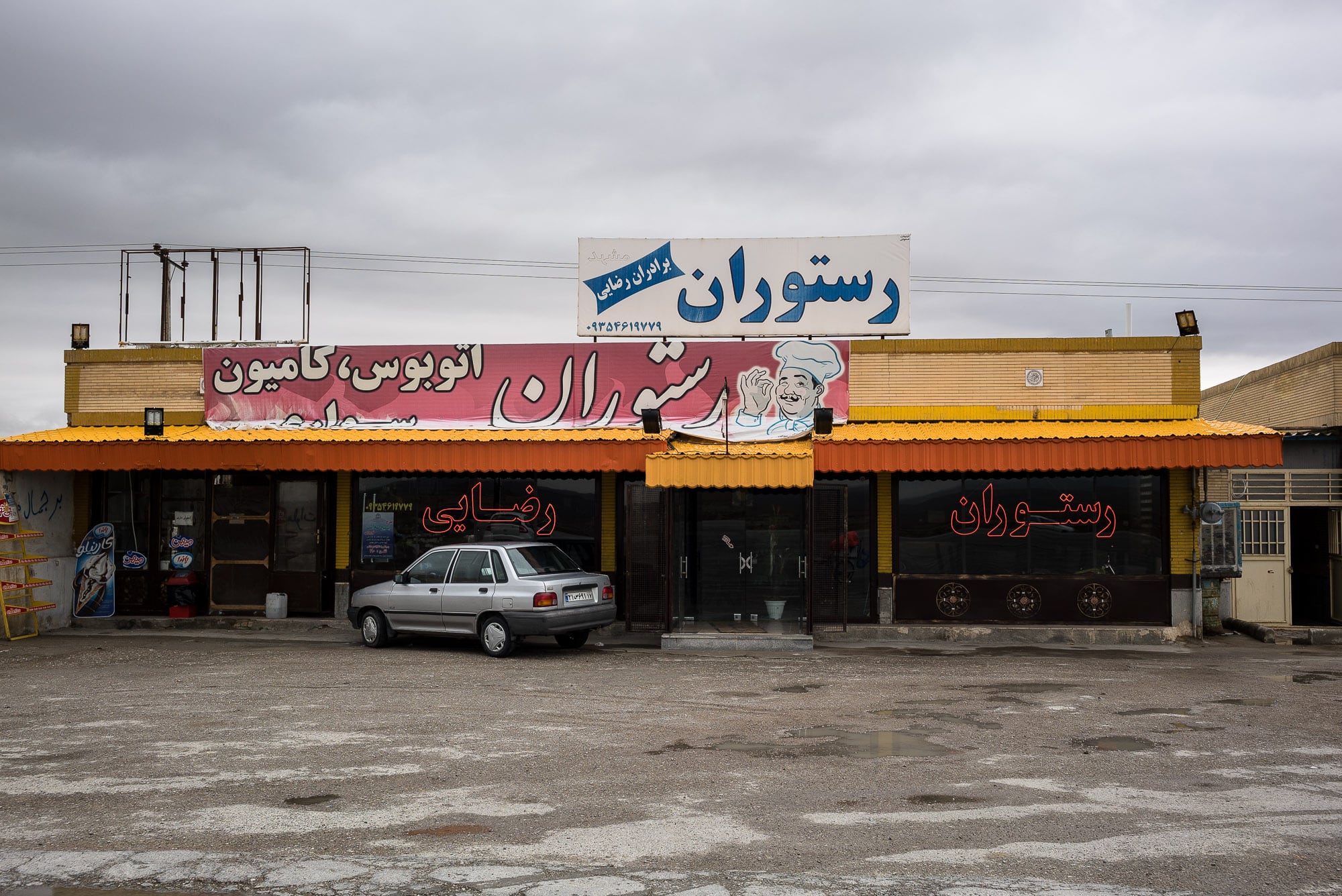 When I got back on the road, the rain had been blown away by a strong wind: 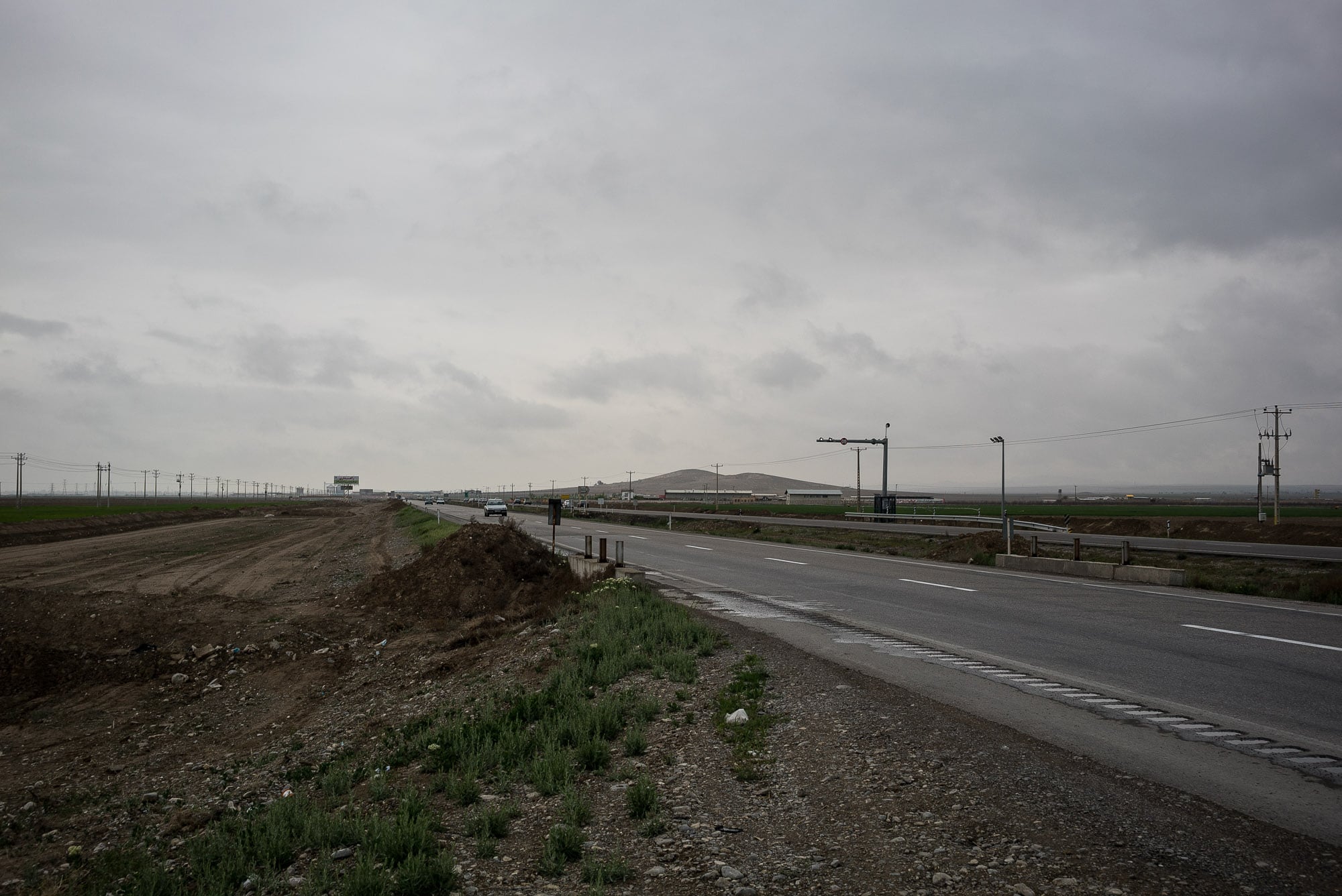 Then it came back, though. Also, there was a pack of mean dogs on the other side of the road, and darkness was slowly creeping in from the horizon. It was at this point, when I thought things couldn’t get much worse, that the Caboose got a flat tire: 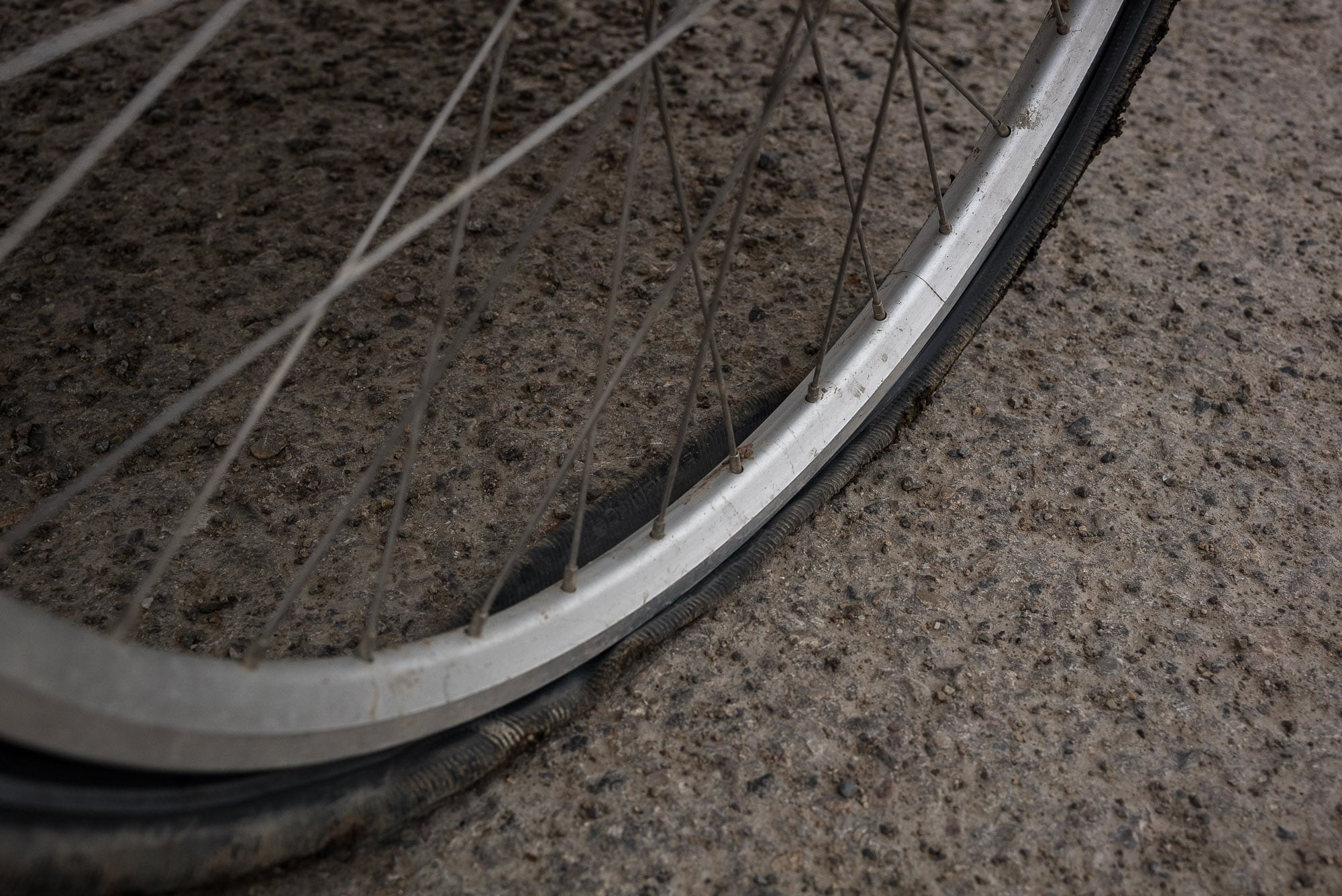 Fuck, I thought. Fuggidifuckfuckfuck. All that was left of my good mood was gone by now. The day had won. Incidentally, I was standing next to the cadaver of a dog: 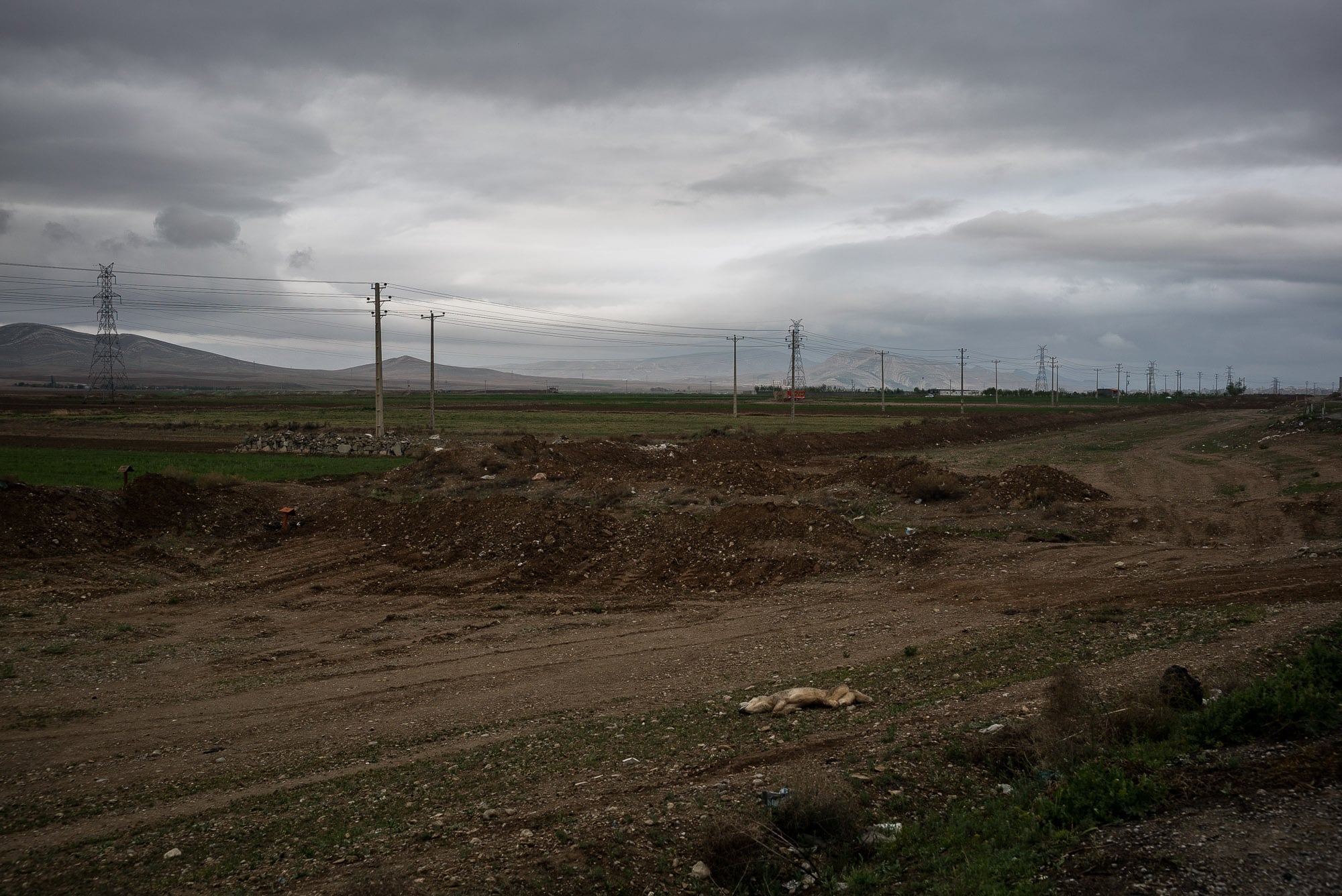 I chose not to change the wheel. Instead, I just kept pulling the Caboose. Slowly, ever so slowly.

One time I passed an accident site, and when I noticed the tire marks on the road, I was happy that I was only dealing with a flat, not with anything serious: 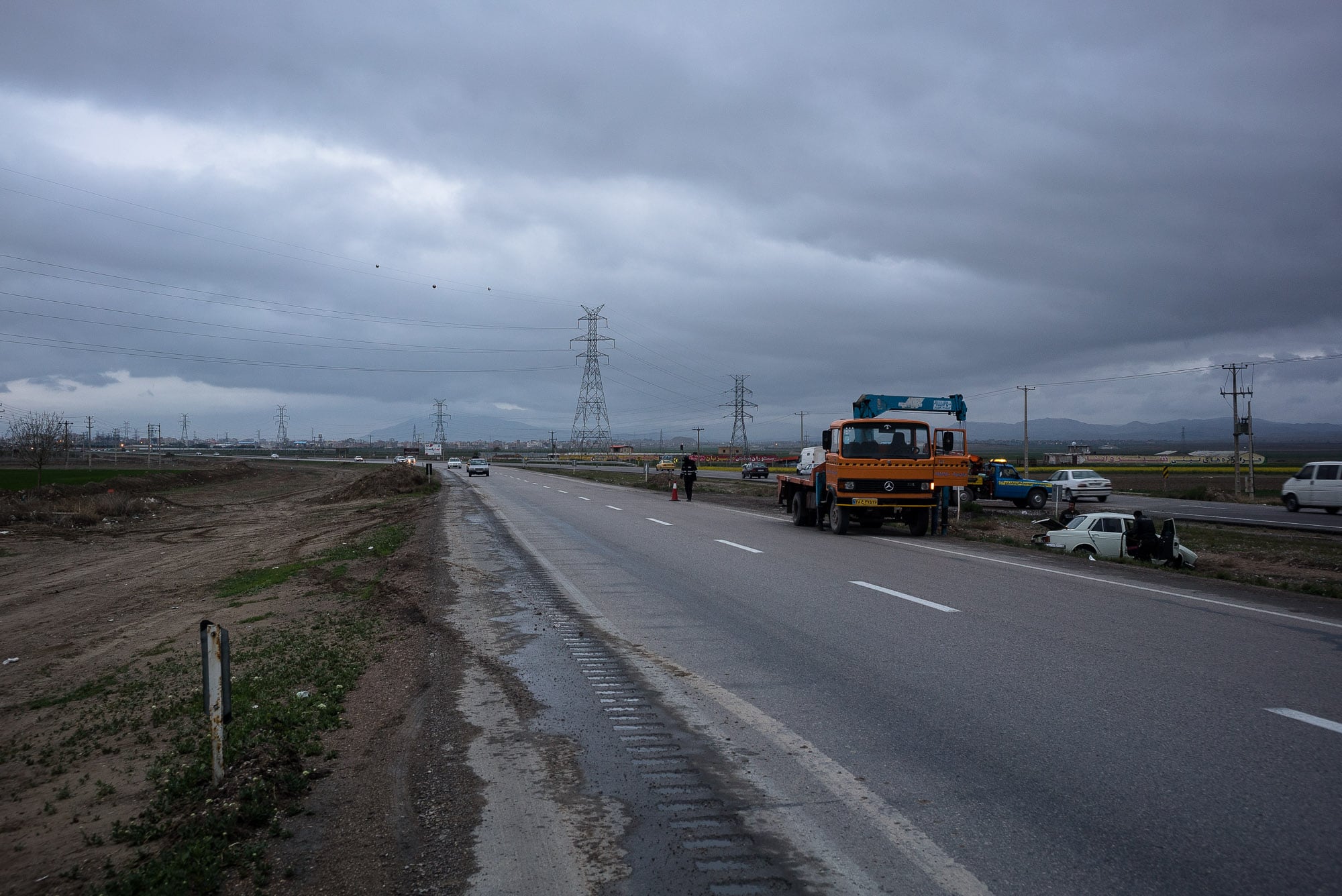 When I arrived in Shirvan, it was already dark: 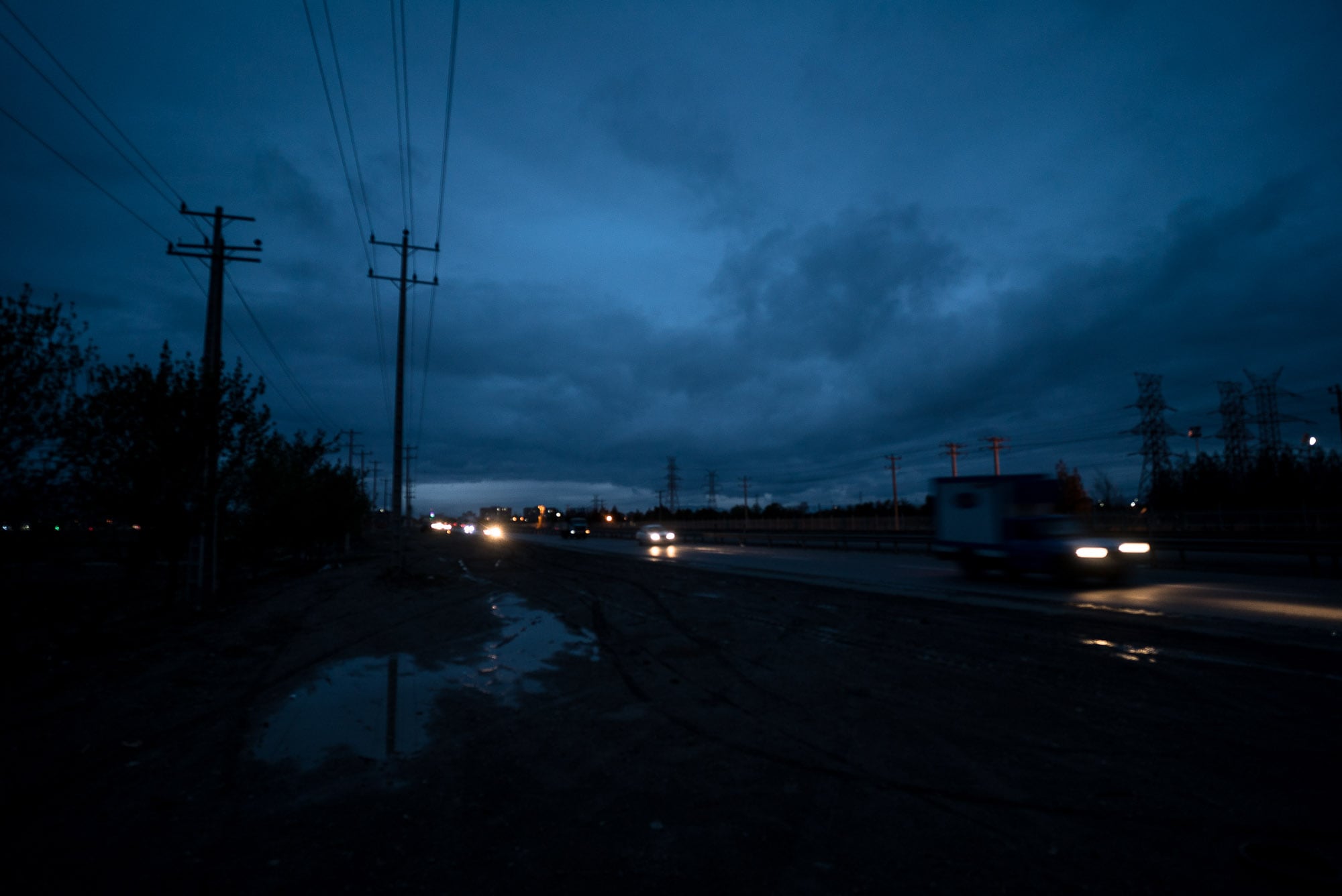 The city greeted me with a fire on the side of a building: 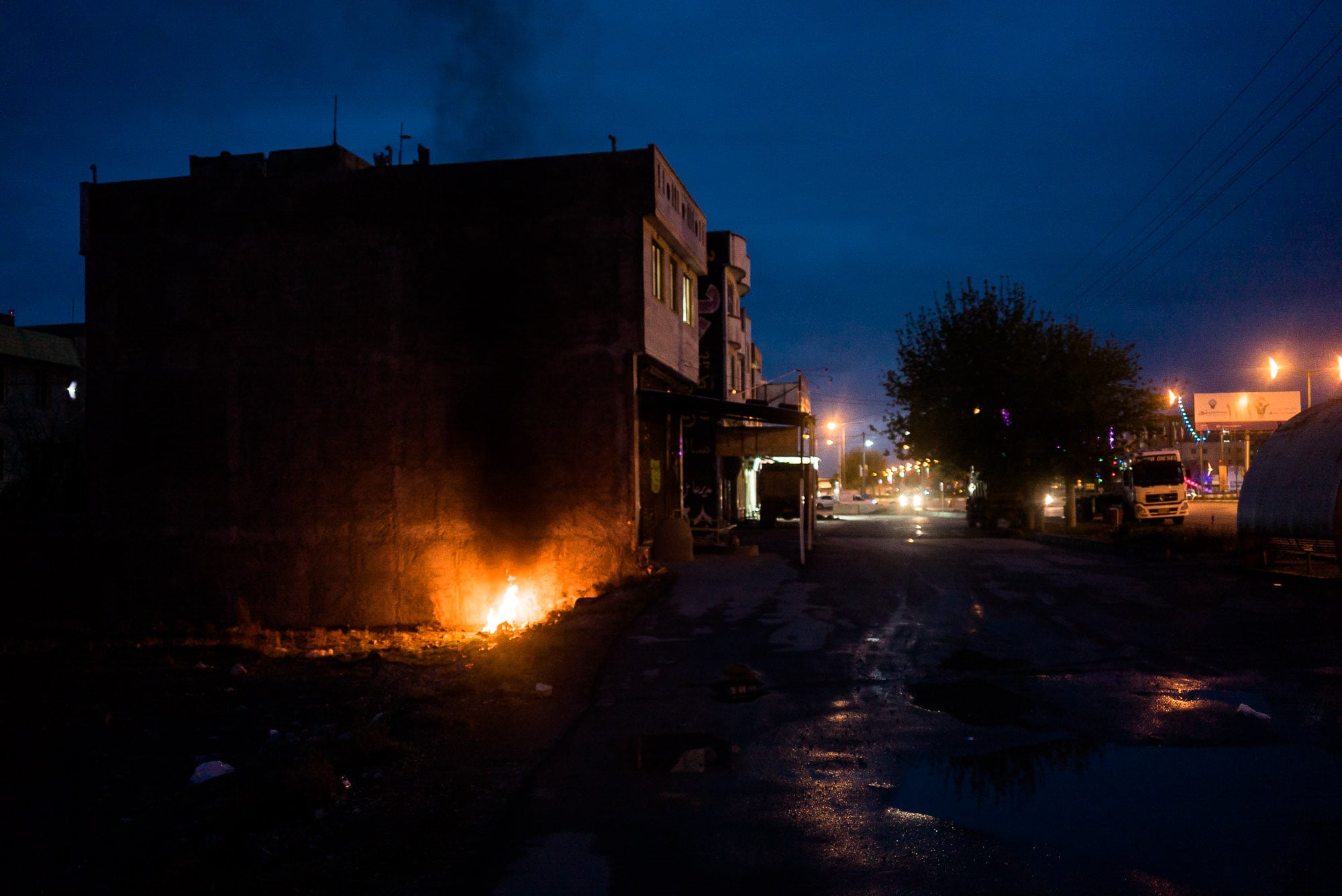 It was all a bit eery.

But Shirvan, like all Iranian cities, had a monument: 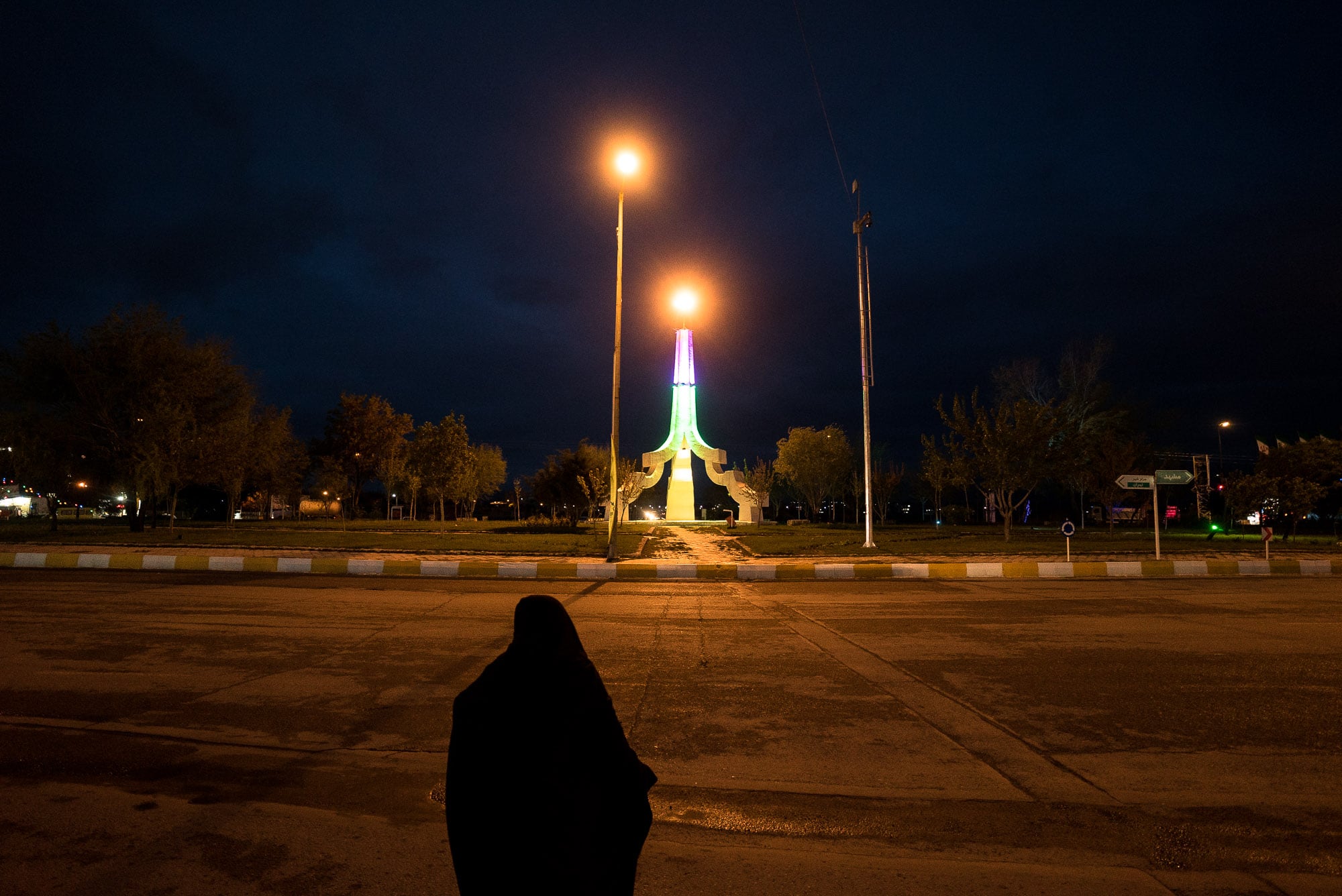 And it had a hotel, too.

I walked in and took what I figured was one of the best rooms: 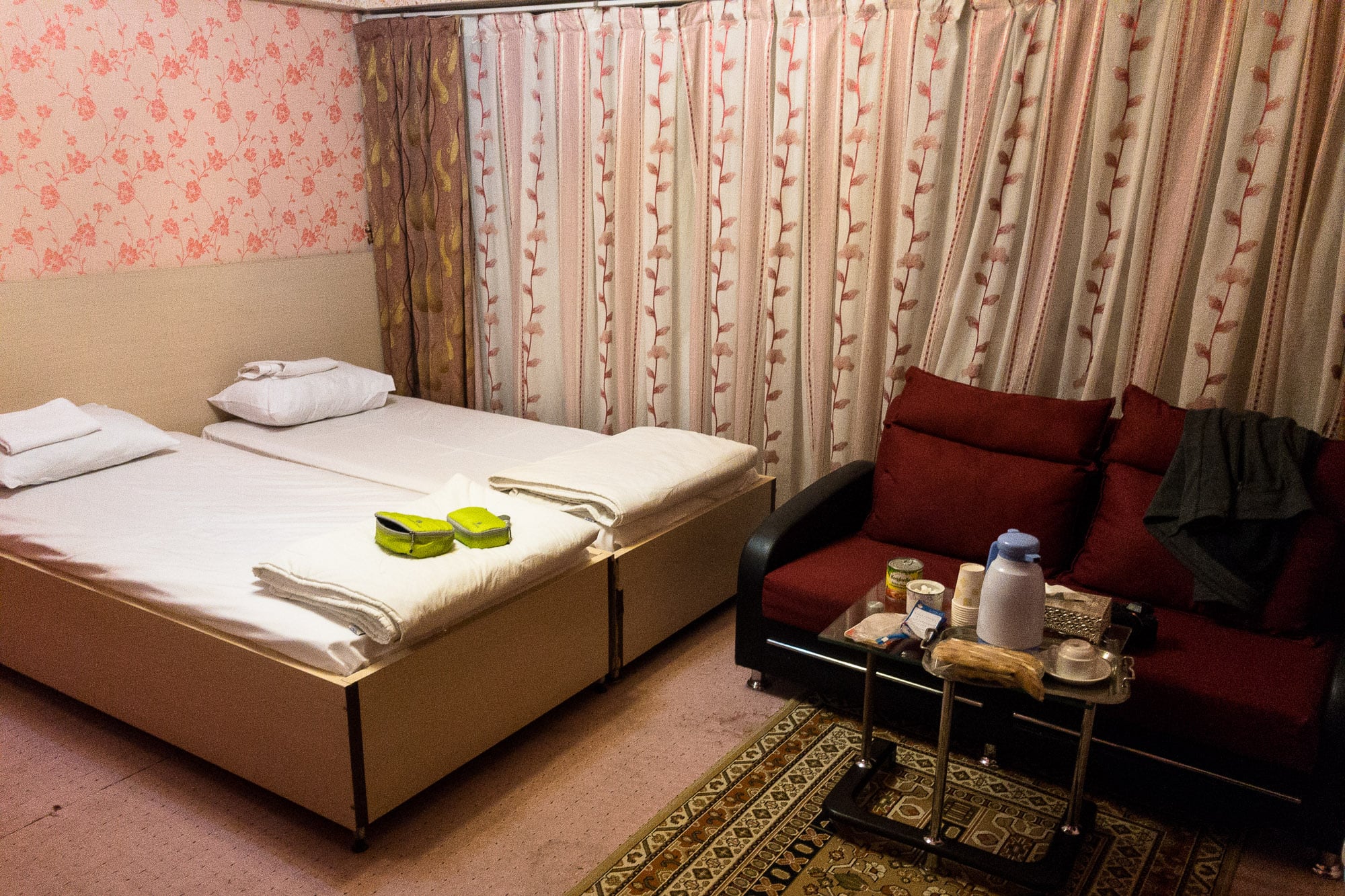 Then I sat down with a can of beans and some bread and watched another movie from my childhood: 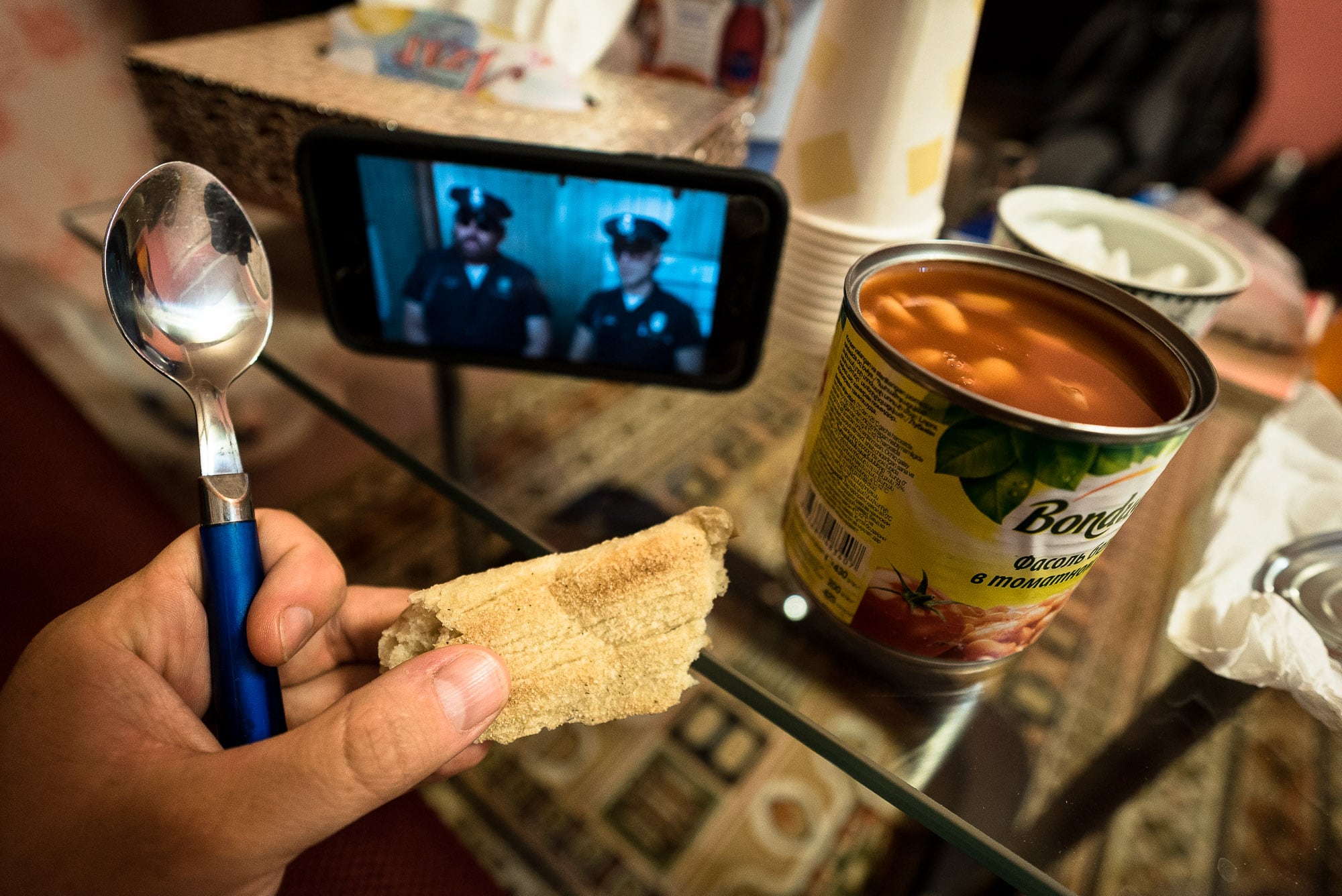 And the warmth slowly came back into my body.

Day 1080
from Faruj to Shirvan