The night had seen rain: 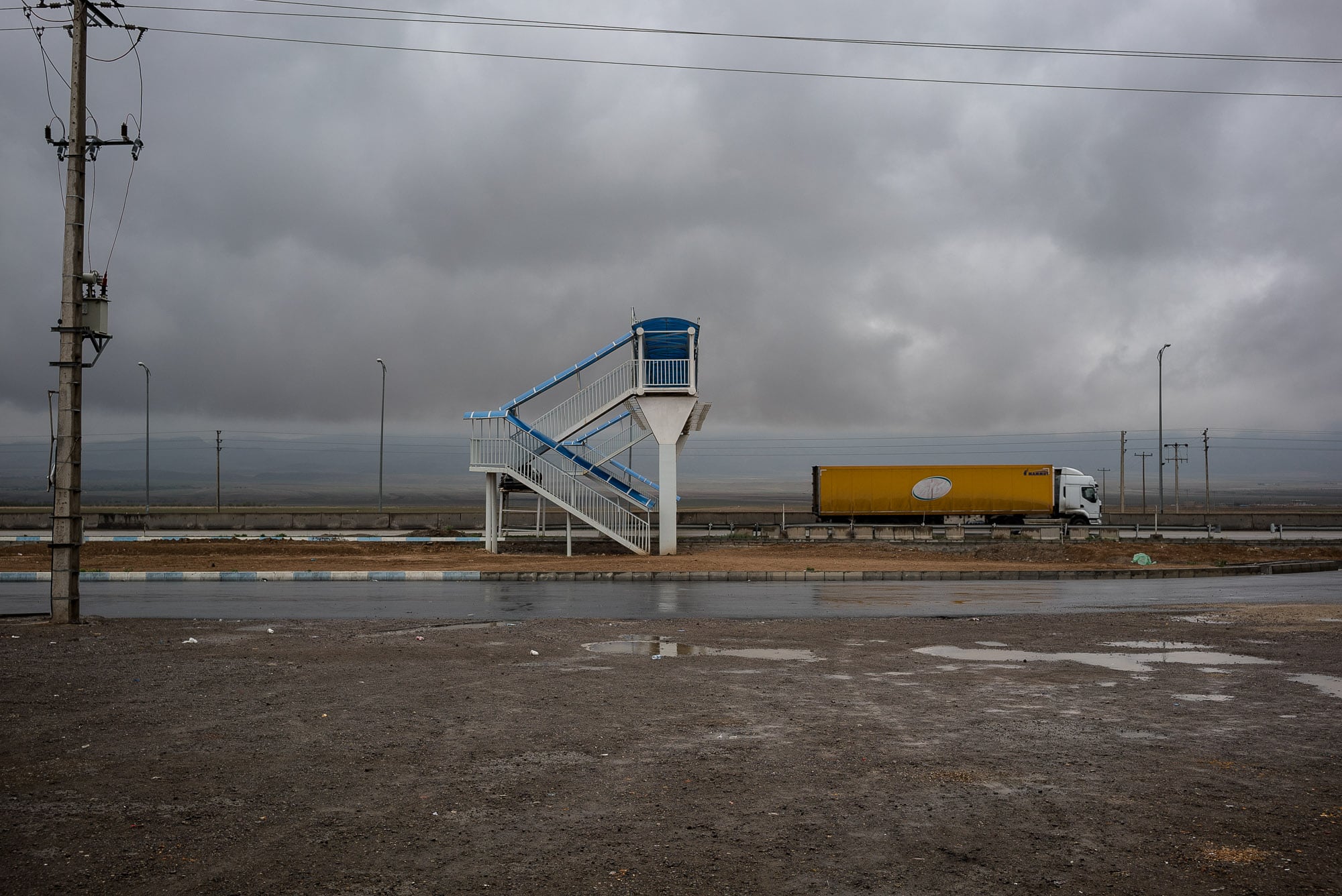 So I gave the Caboose her orange cover, and then we set out: 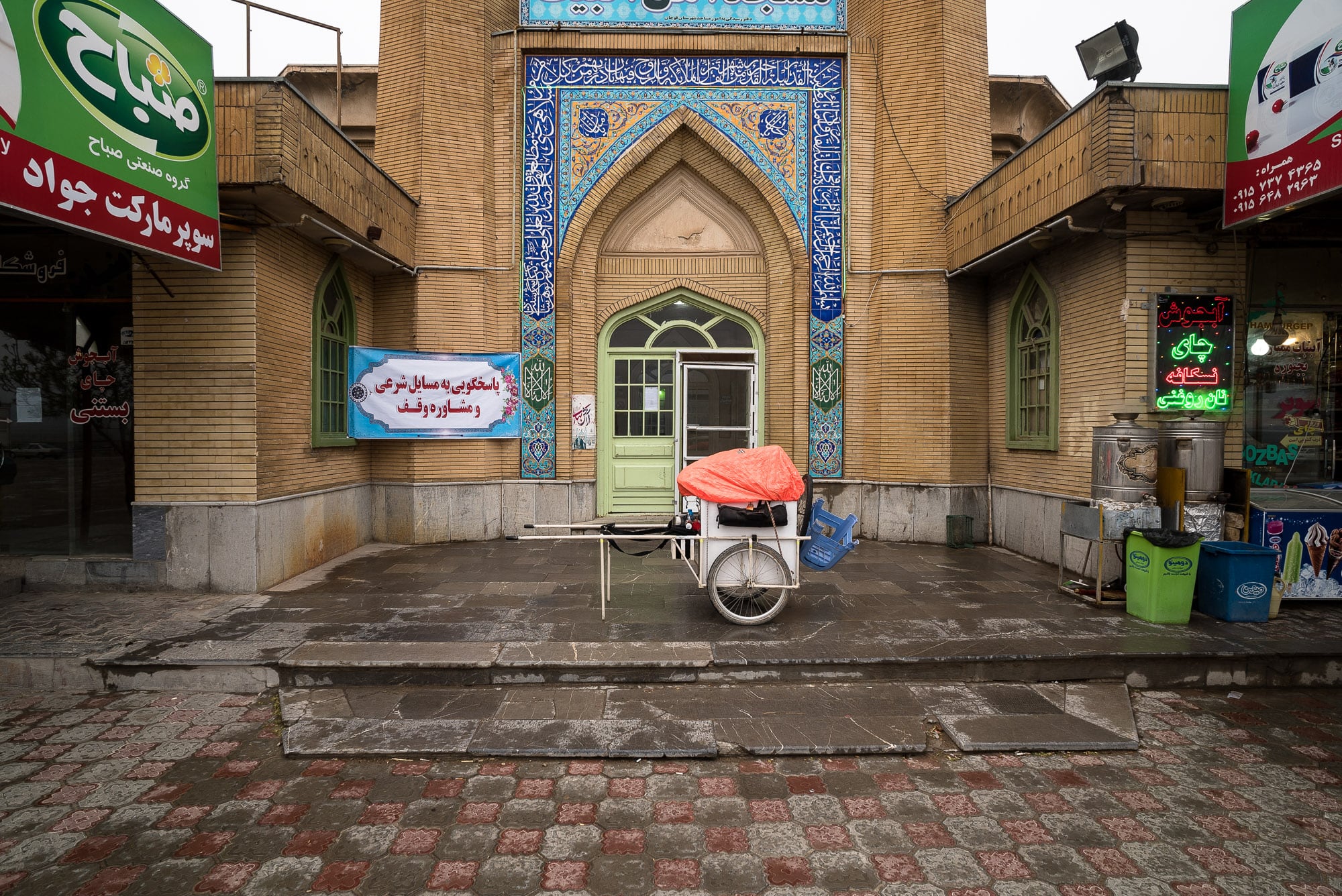 It was miserable walking next to the highway with the drizzle and the cold and the trucks coming our way like Space Invaders: 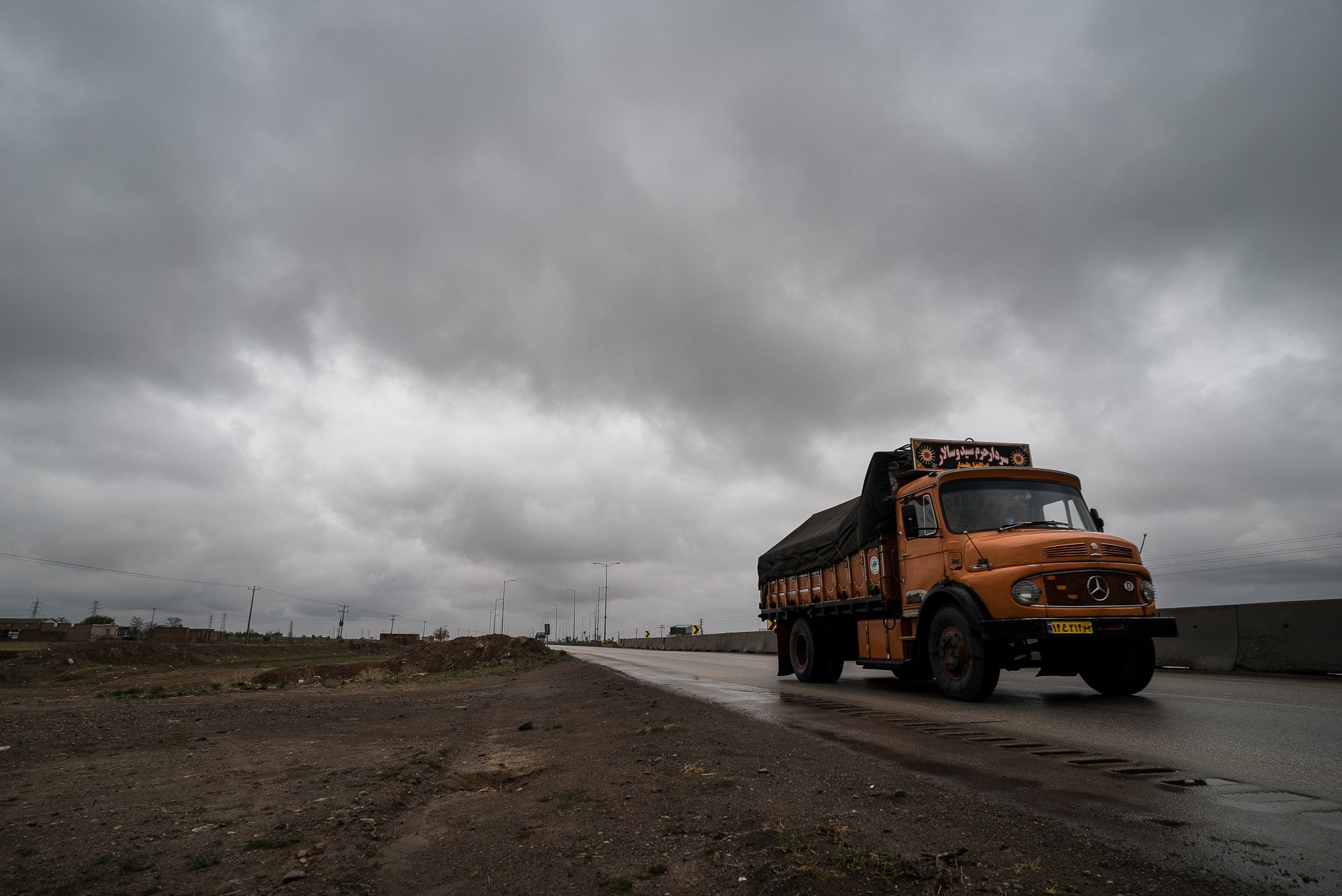 Remember I told you about the memorials to the fallen soldiers from the Iran-Iraq War that I see everywhere along the way?

Well, this place seemed to have lost a lot more men than the average village: 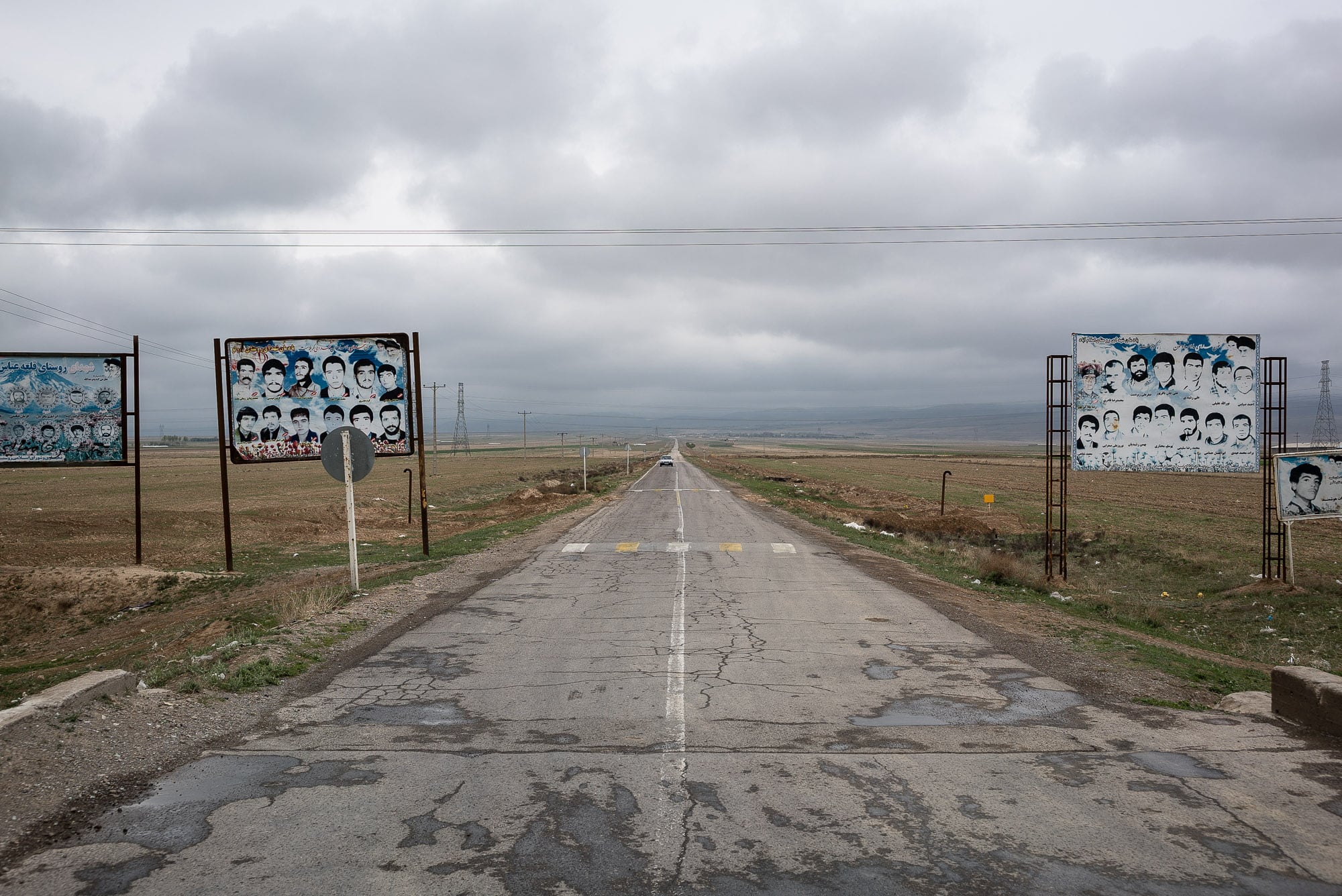 It fit right into the general atmosphere of the day, though. It was one of fatigue and cold, of rain and clouds and an unspoken question that went something like: what the hell are we doing here anyway? 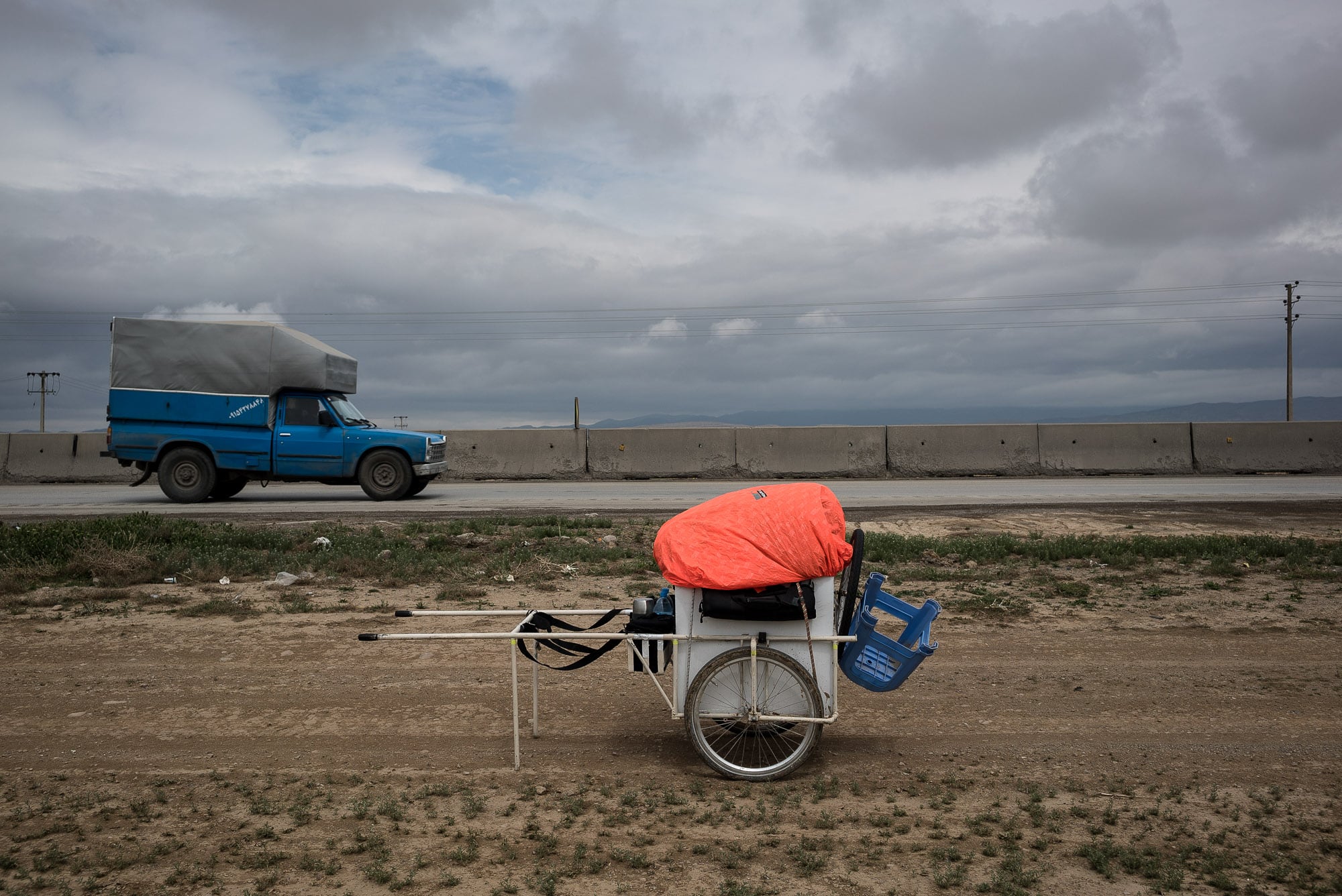 But we reached Quchan eventually, and when we did, it greeted us with wild colors… 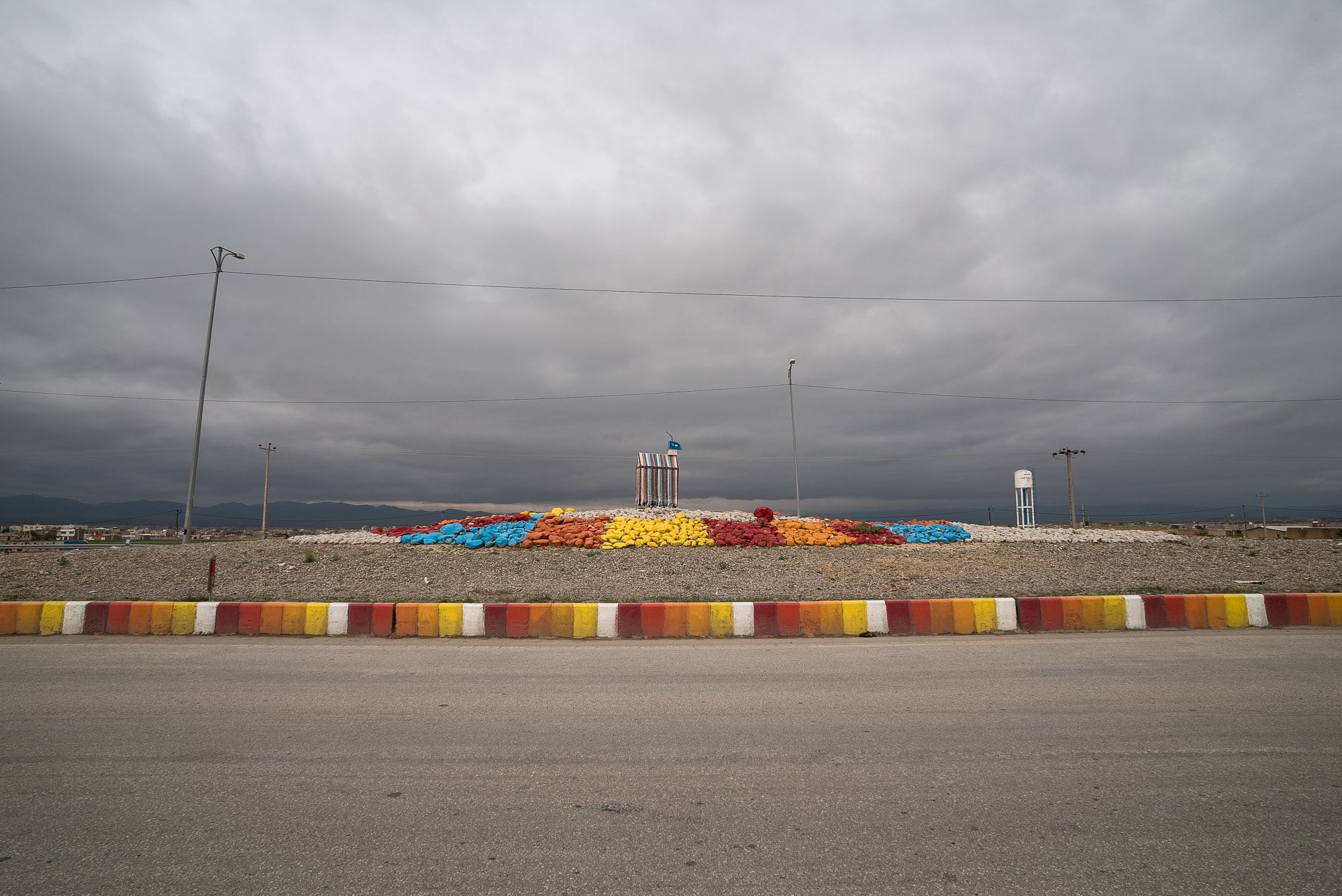 …and with a monument to glasses: 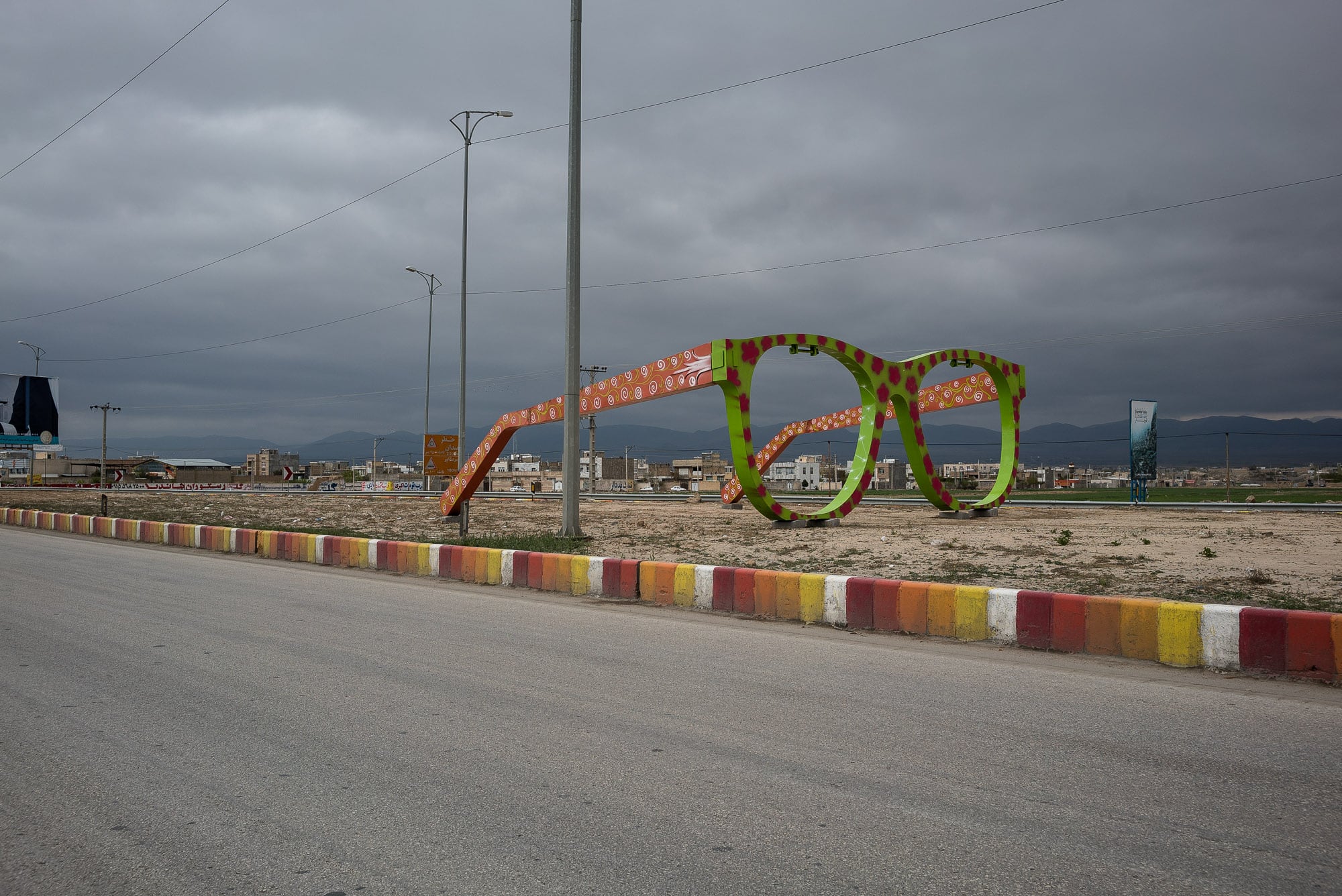 Was Quchan a place were optics were being manufactured? Was it a town of opticians? I did not know.

Things didn’t become any clearer when the next monument showed itself to be a broken bottle filled with Rial bills: 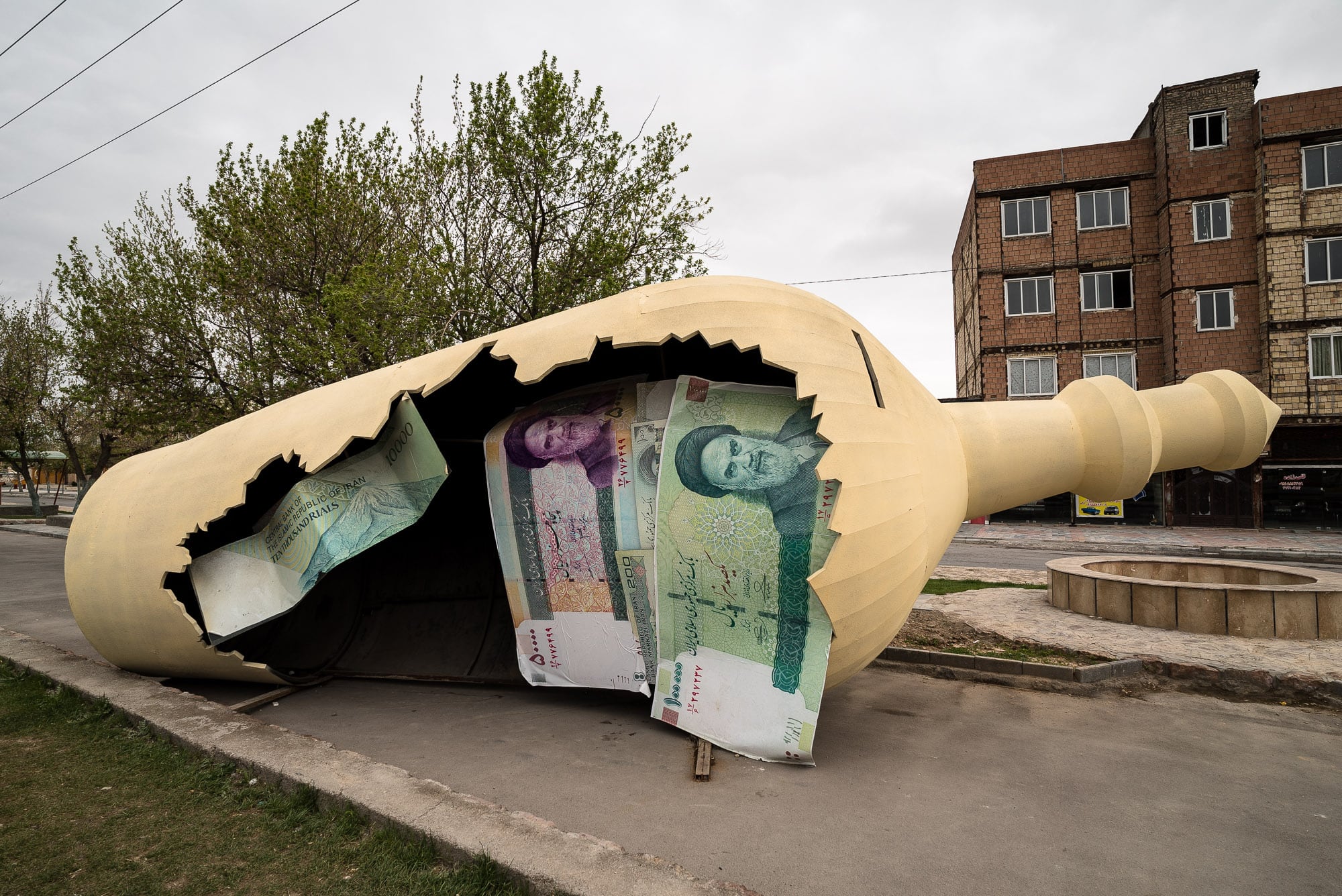 It all seemed a bit psychedelic at this point, and I was glad when I reached a major roundabout in the center, because I knew that there was a hotel near there: 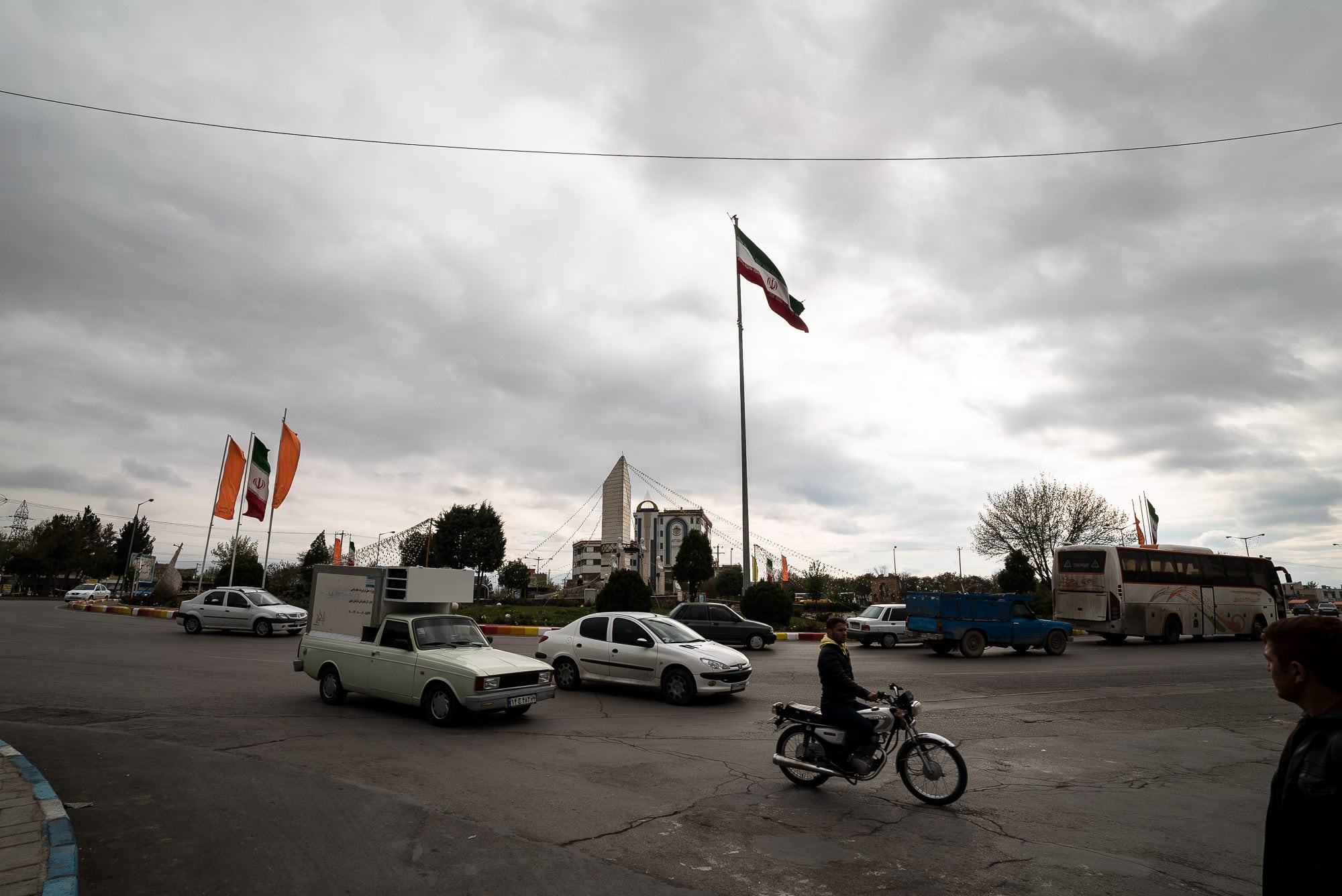 Someone pointed me to it, I went in, gave them my passport and my Iranian bank card, got a room, fell on the bed, and breathed out, heavily.

Then I felt myself relaxing.

Day 1074
from roadside mosque to Quchan