I was invited to another big fat meal today: 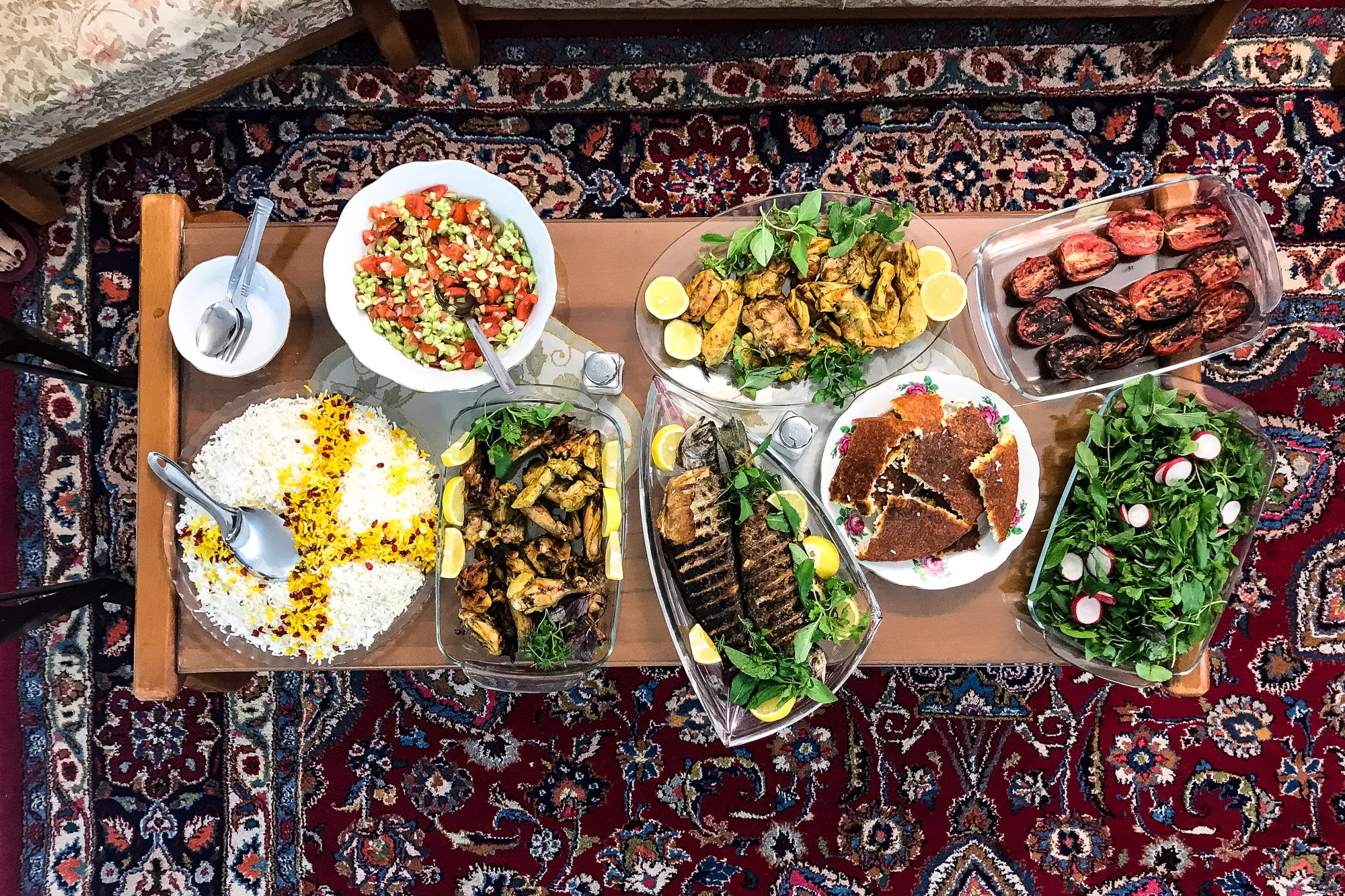 My time as a guest here seemed to consist mostly of eating and sleeping, sleeping and eating. A comfortable lifestyle, but wasn’t I supposed to go out and walk?

When the sun had gone down and temperatures outside were becoming bearable, we went to a miniature park where Iranian sights had been rebuilt – only they were all very tiny.

The model that touched me most was the one of the Khaju Bridge: 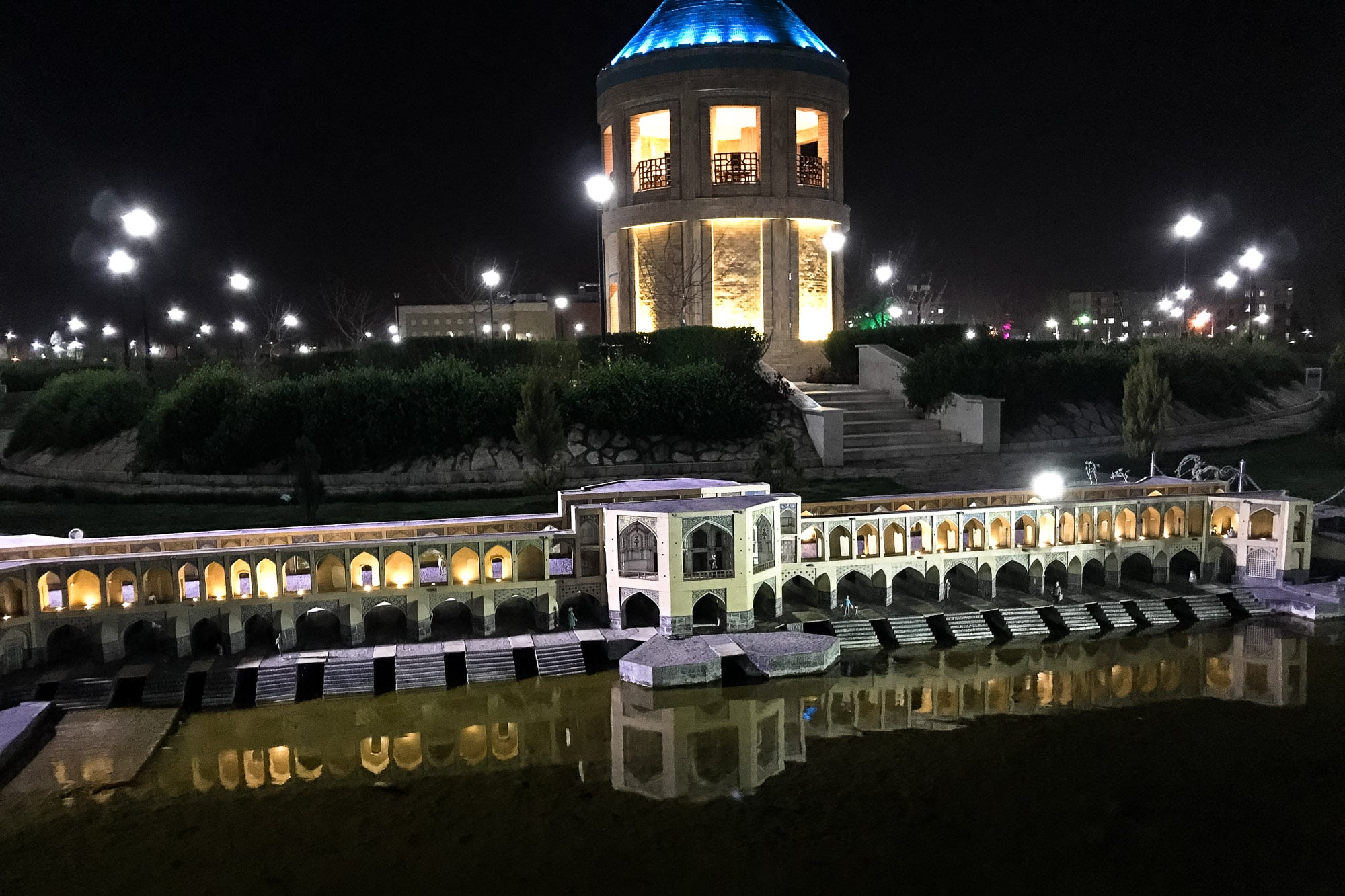 There was water under it, unlike under the real bridge in Isfahan. When I had gone there a few months earlier, it had spanned over nothing but crags and dust.

It was a tragedy, and I wasn’t sure if looking at this mini model with the water under it was supposed to be consoling or unsettling.

Anyway, We went to a place called “food street” after this. It was basically an area where people walked up and down and had snacks all night: 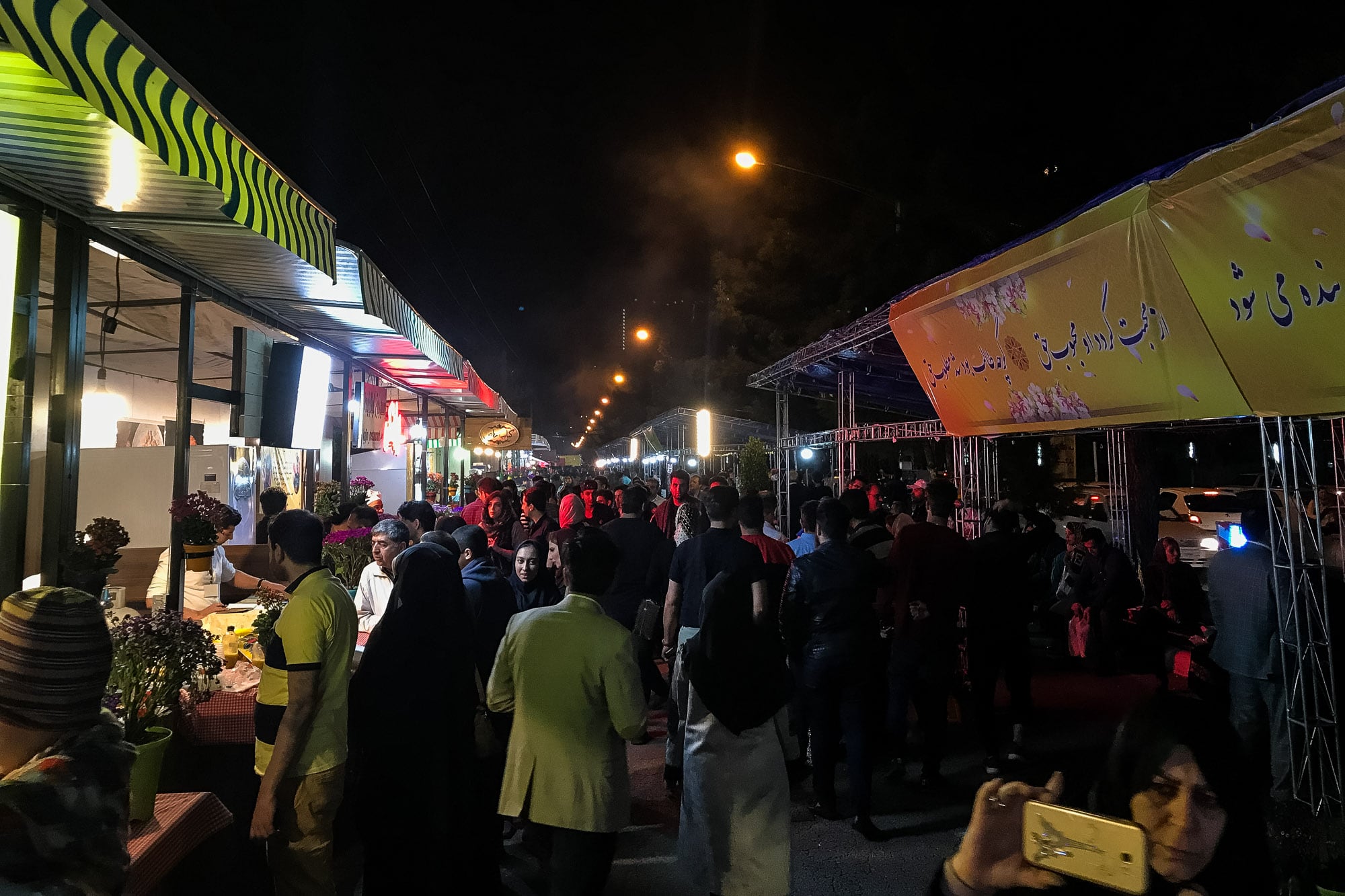 The Iranians I knew usually had dinner very late, at around ten or eleven in the evening. So for them, this was basically just dinner outside.