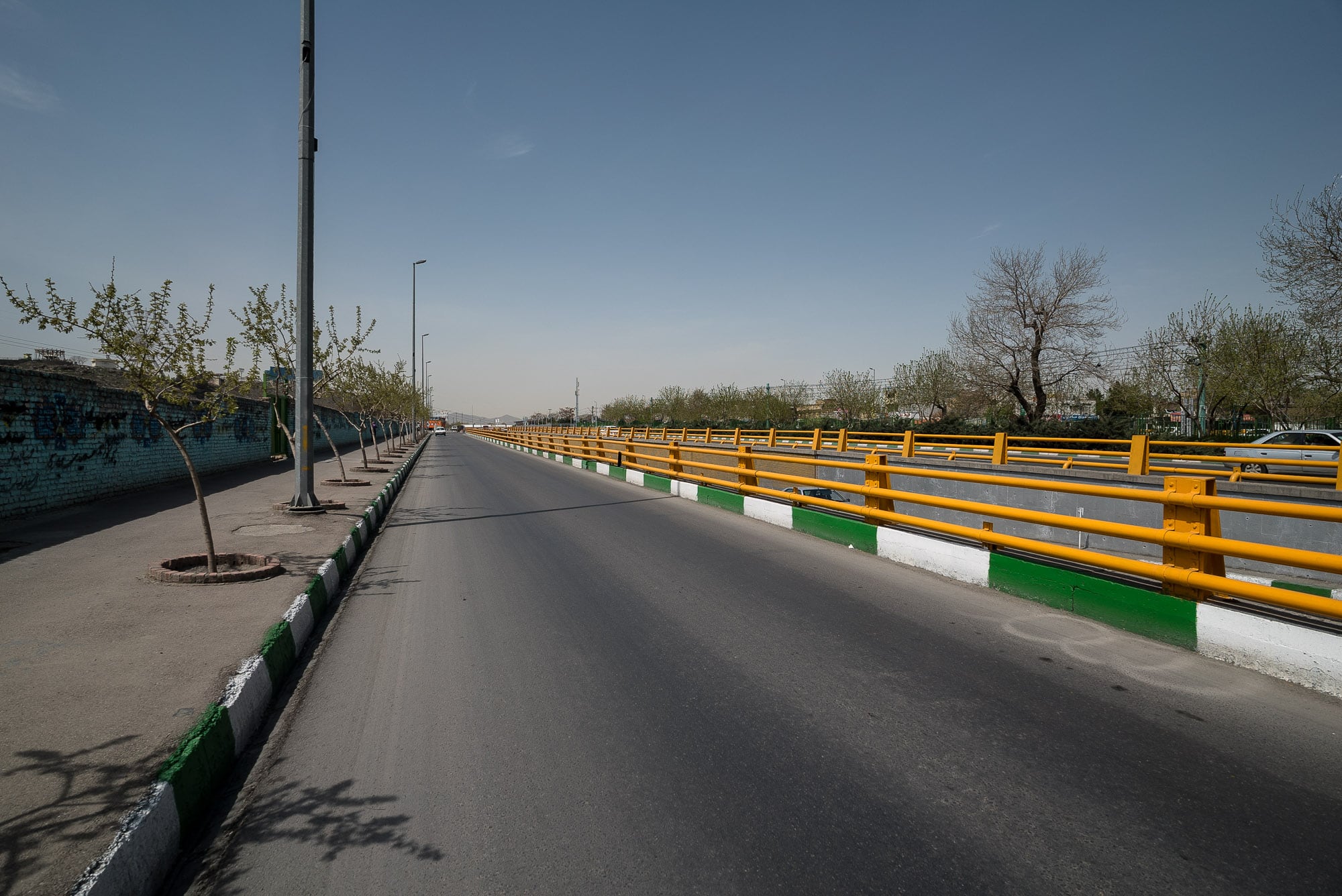 Then it turned into a country highway in the outskirts: 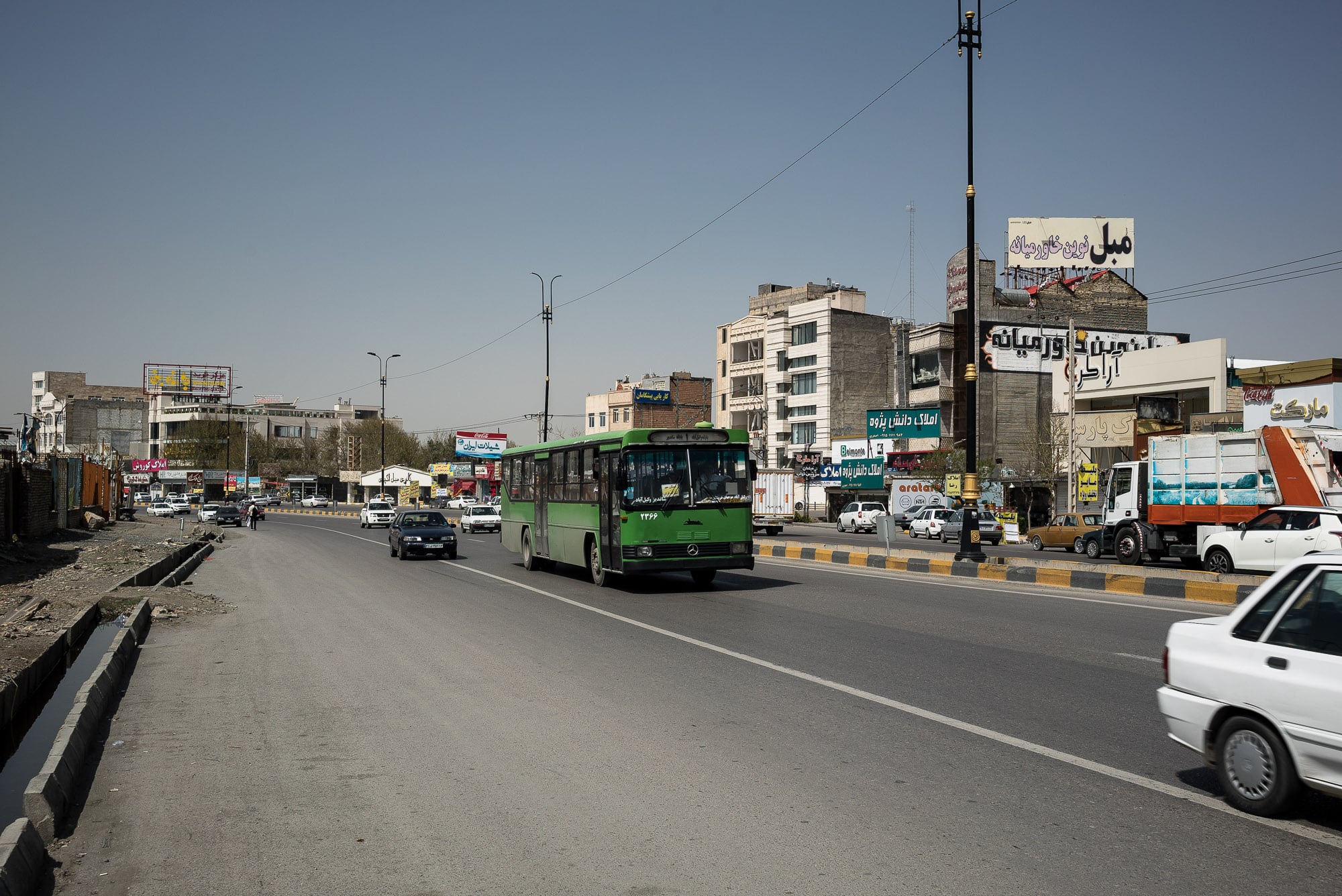 I took a lunch break next to a waterpark: 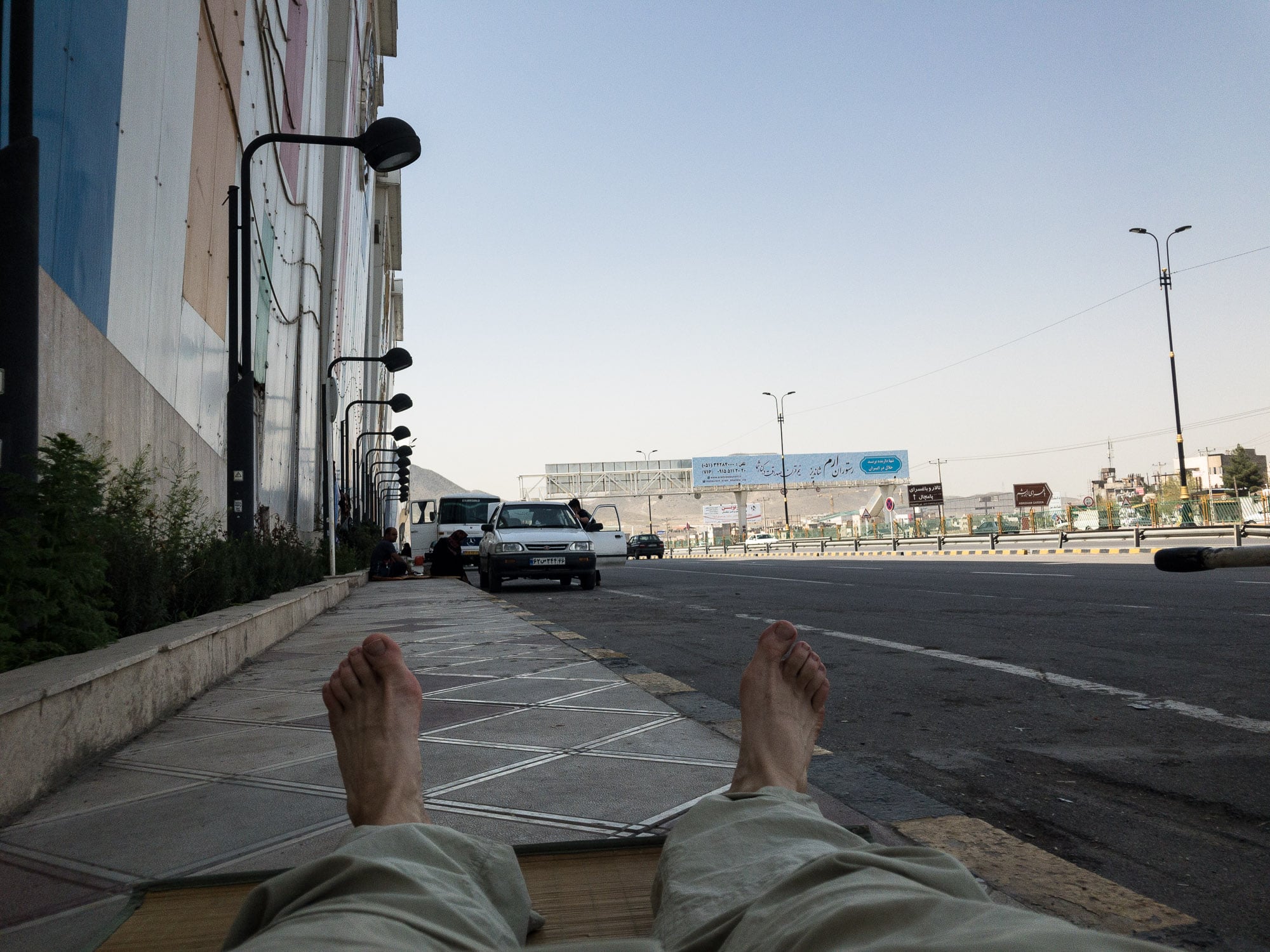 And then I ran into this guy: 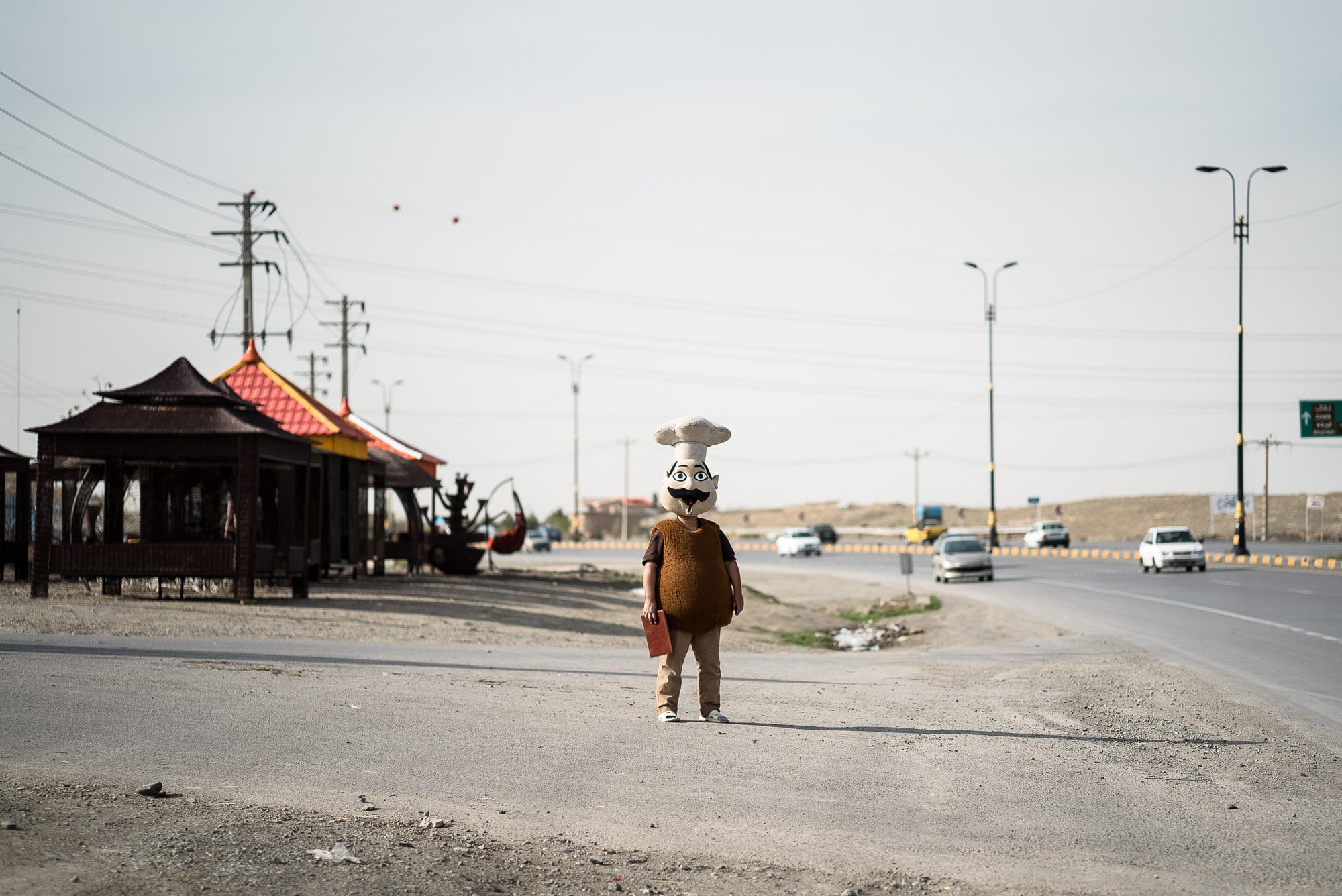 Poor dude was sweating more than I was: 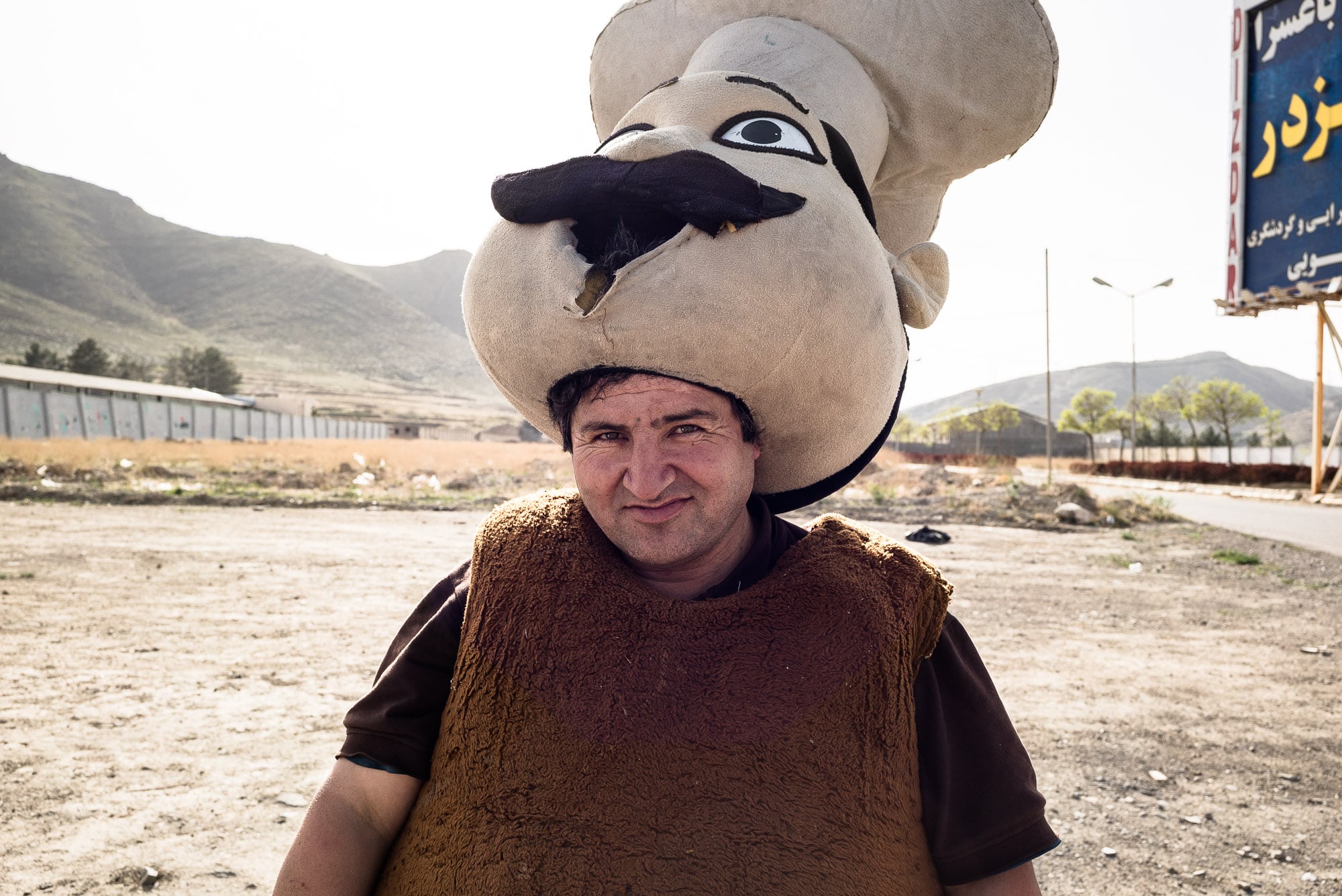 For some reason there were a lot of cyclists on the road today: 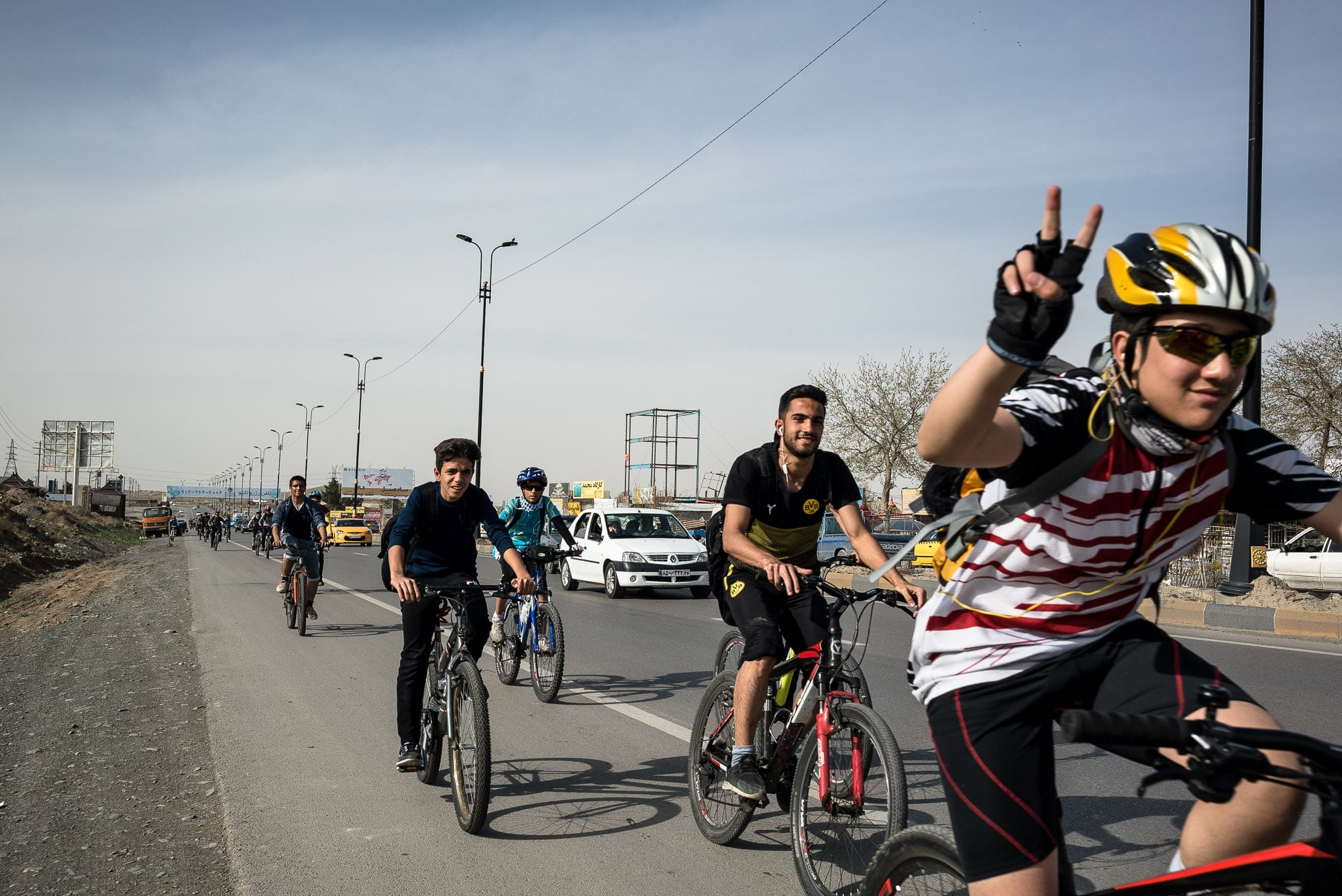 I counted at least fifty.

When it got dark, I started looking for a place to stay. I figured a mosque would be a good place to start. I had made a pact with myself to take the whole walking thing easy at first and grow into it.

I’m often reminded of Batman when I see these black shapes on the road: 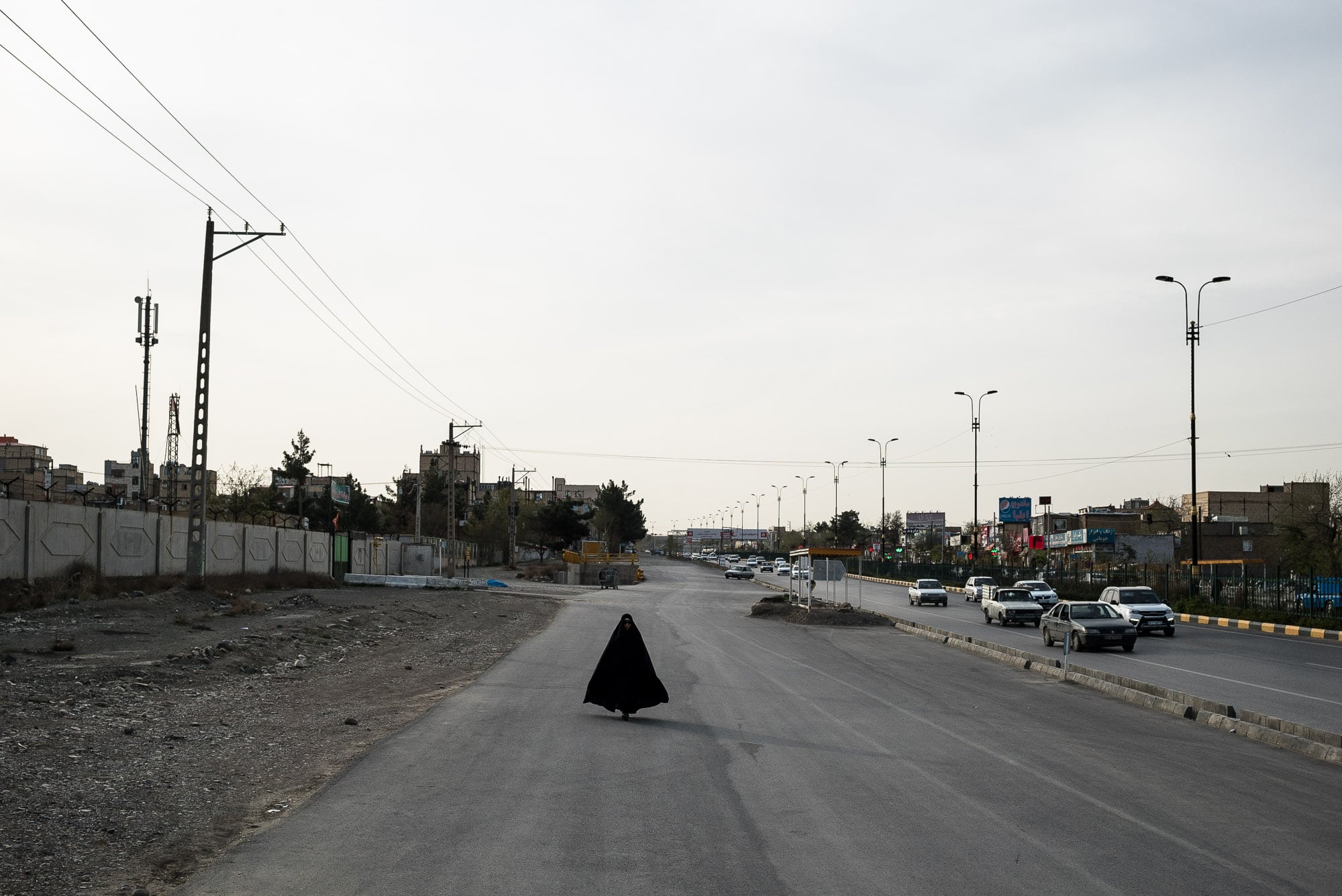 Anyway, I went to this little village and found the mosque, but there was nobody there. A shopkeeper told me I wouldn’t be able to sleep there. So I shook the dust off my feet and left: 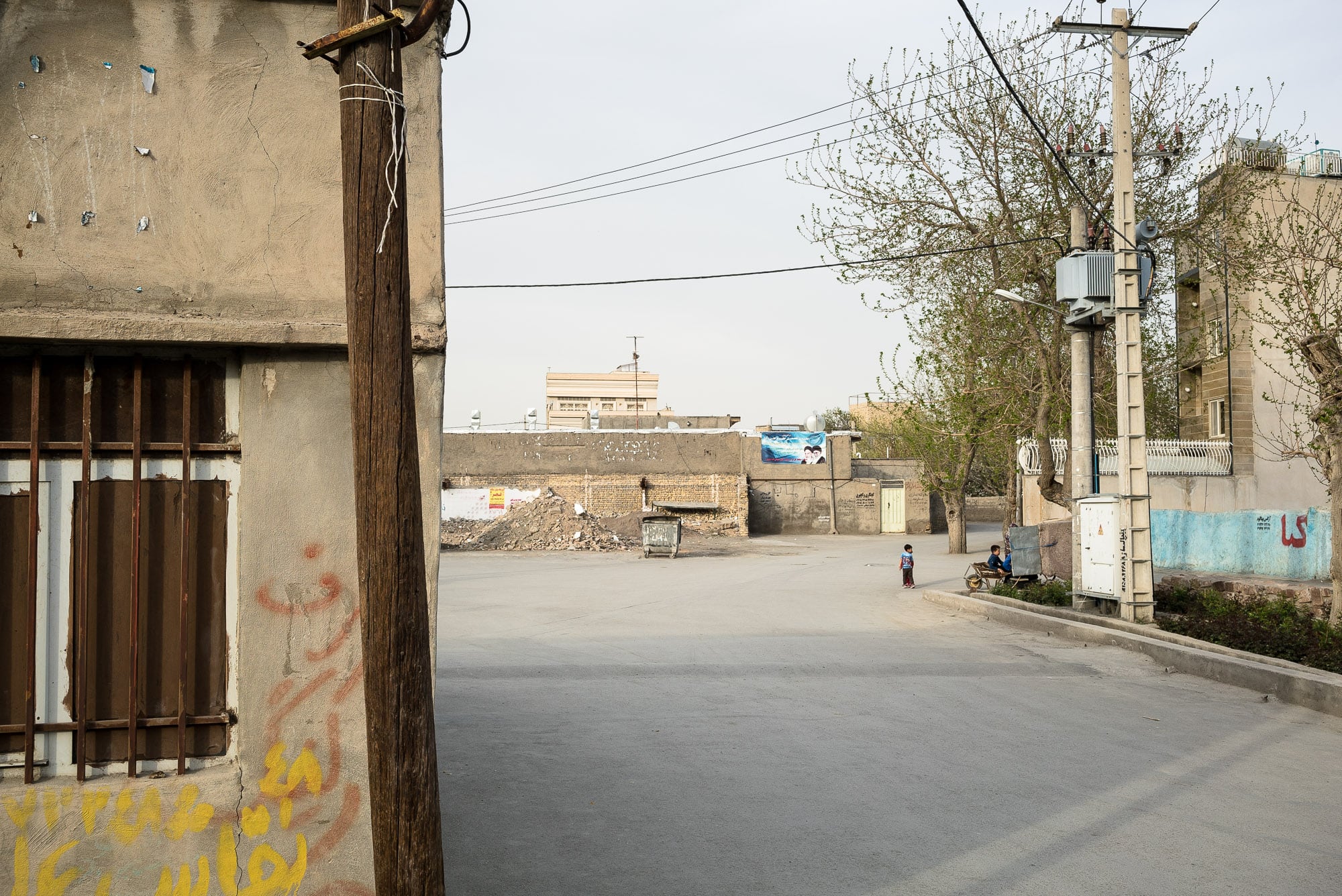 The Caboose enjoyed the narrow village alleys, though: 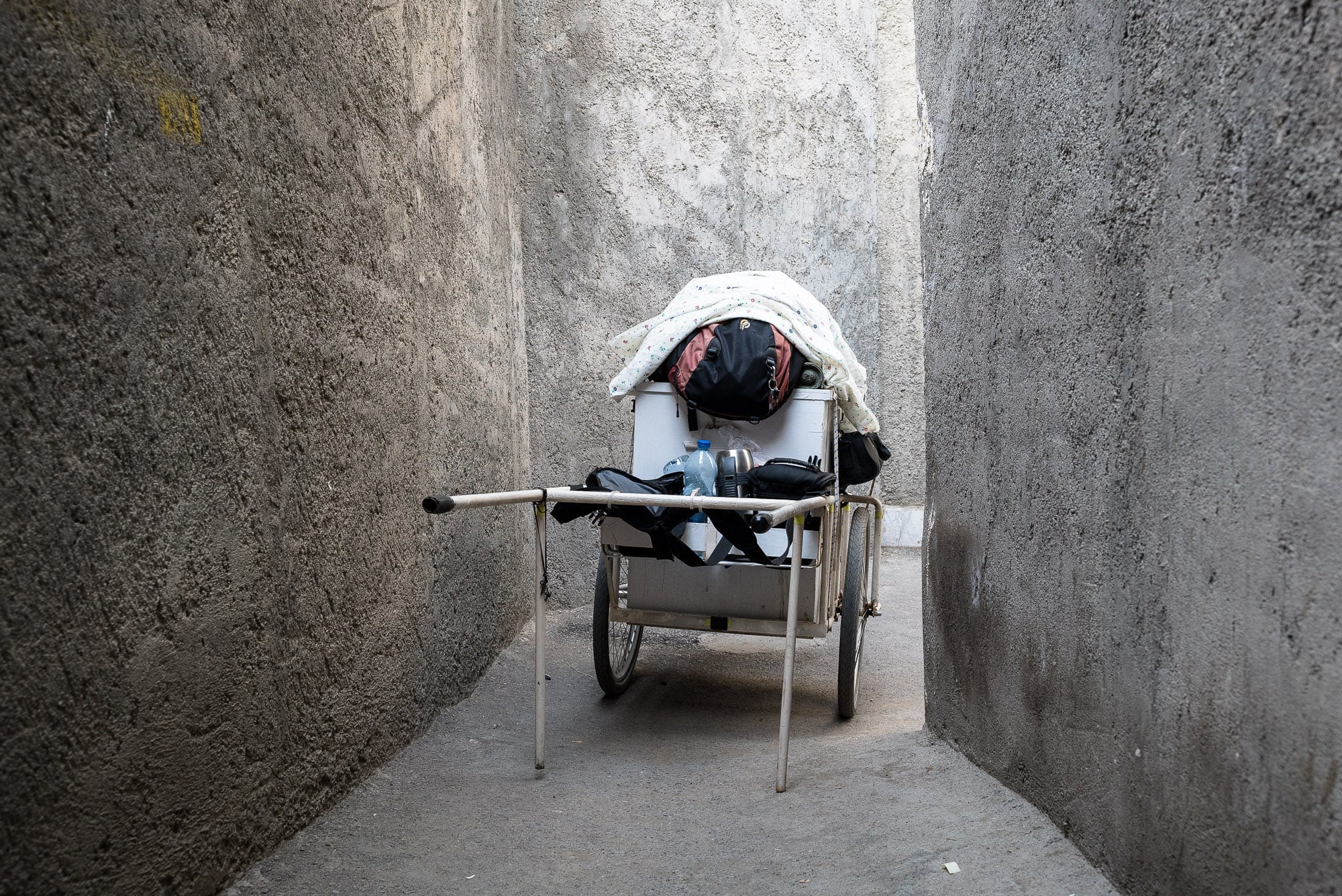 They reminded her of Bukhara

I eventually ended up running into this gentleman: 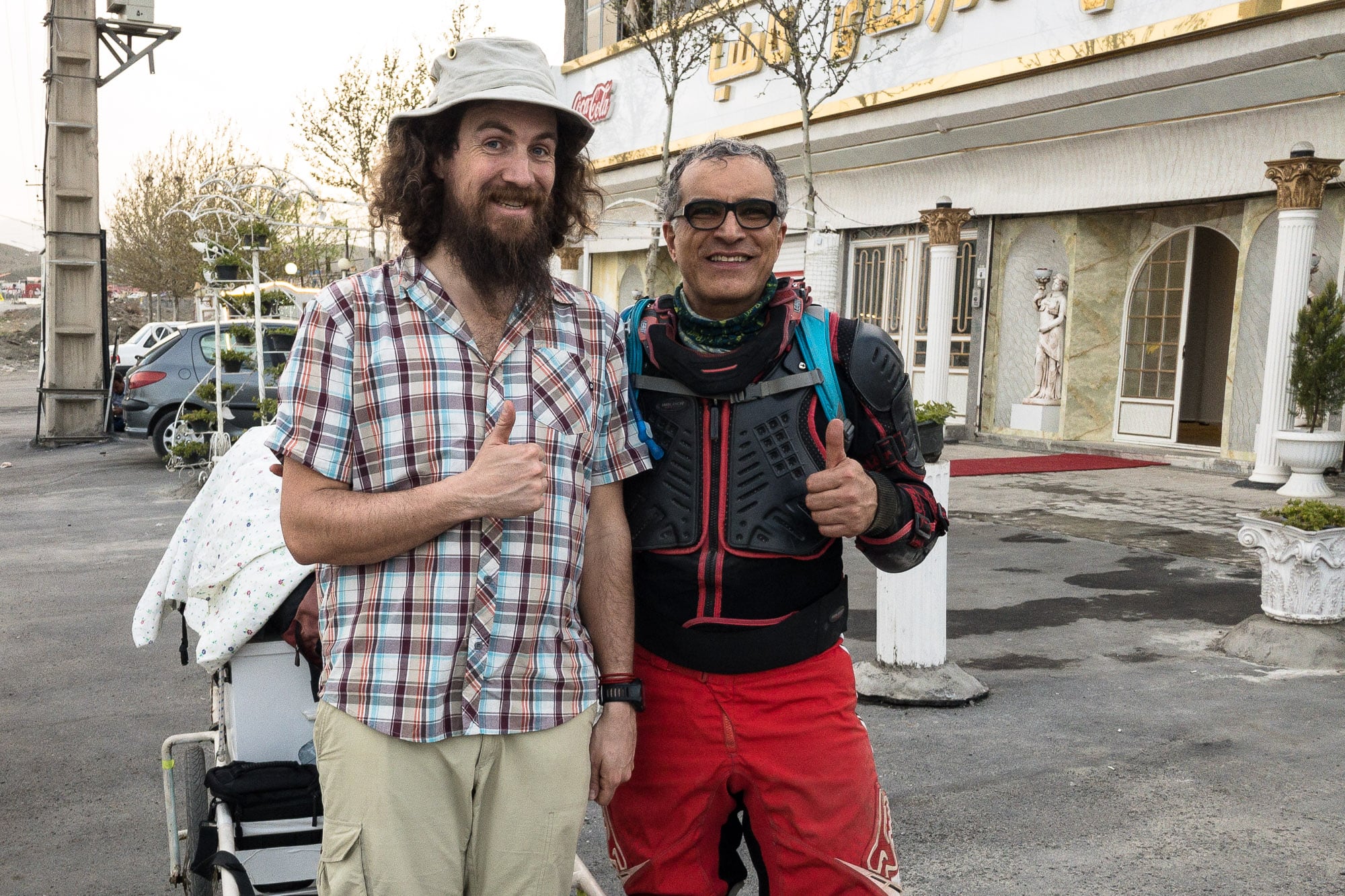 Reza, a Iranian Canadian motorbike enthusiast, helped set me up at a local wedding parlour, where I would spend the night with a crew of construction workers. This was going to be my corner: 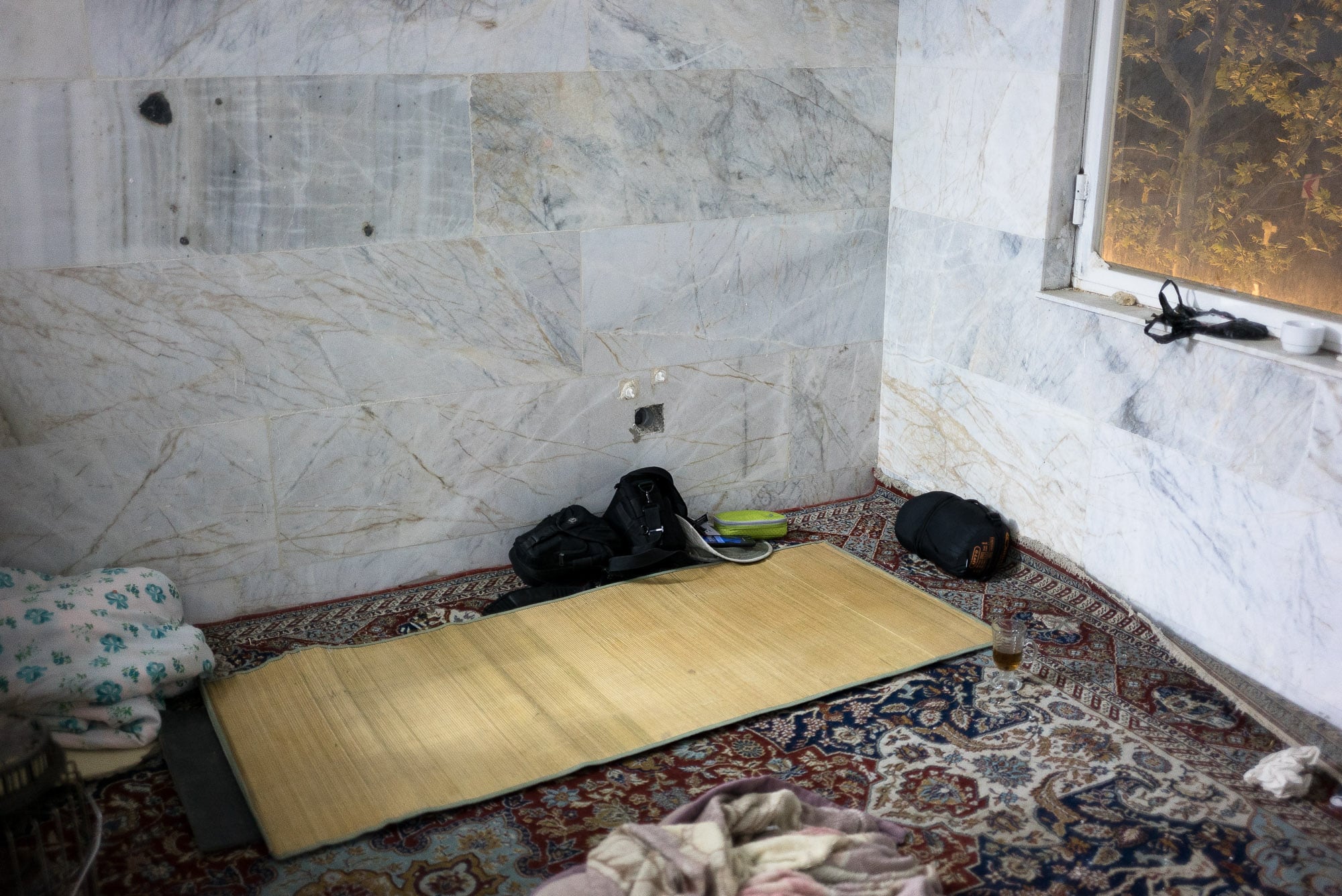 It was at the end of a long, empty hall: 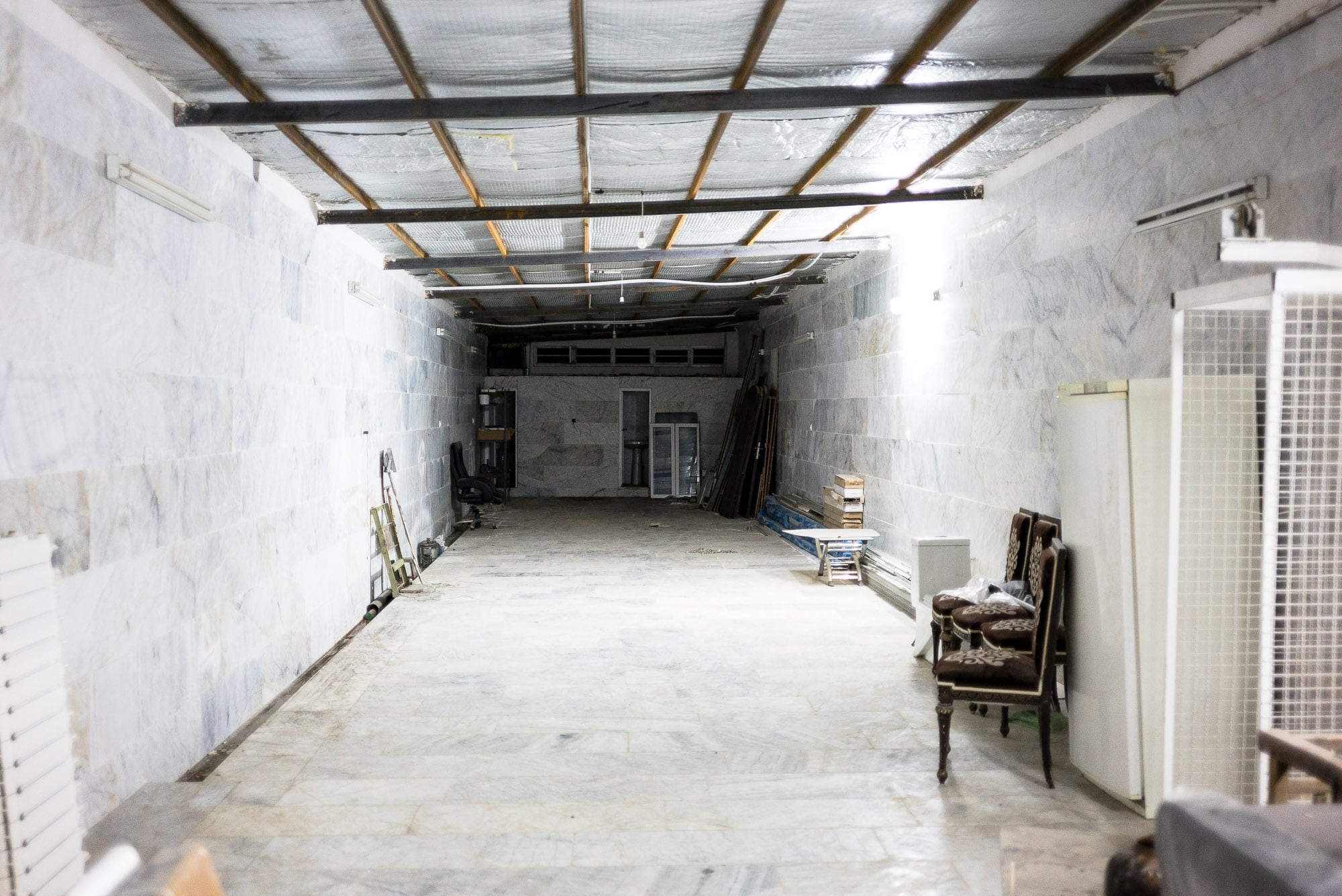 I hung out there for a little while, but then I got bored and went outside to the entry of the wedding parlour: 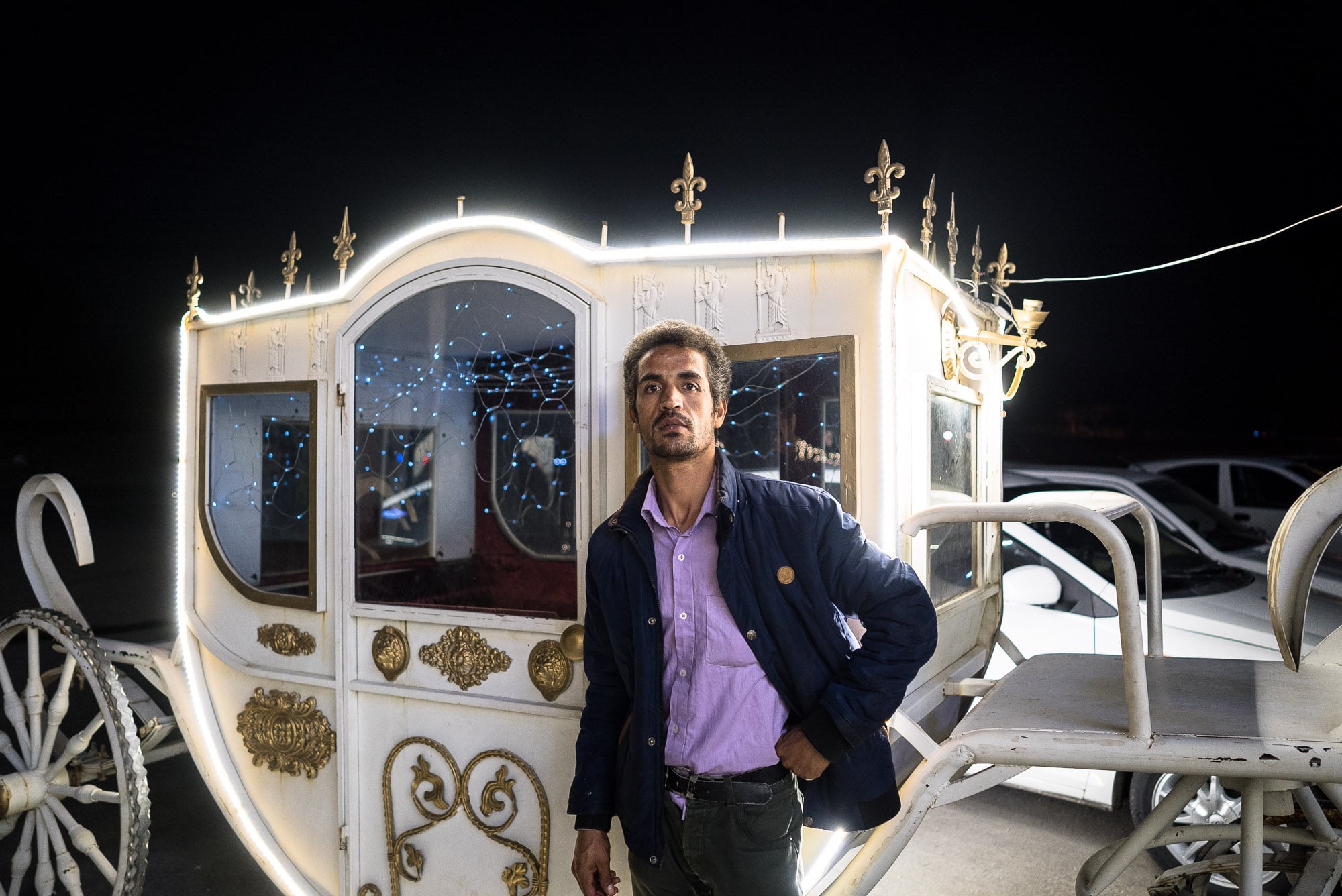 There was a wedding party going on, and they immediately took me in as a guest: 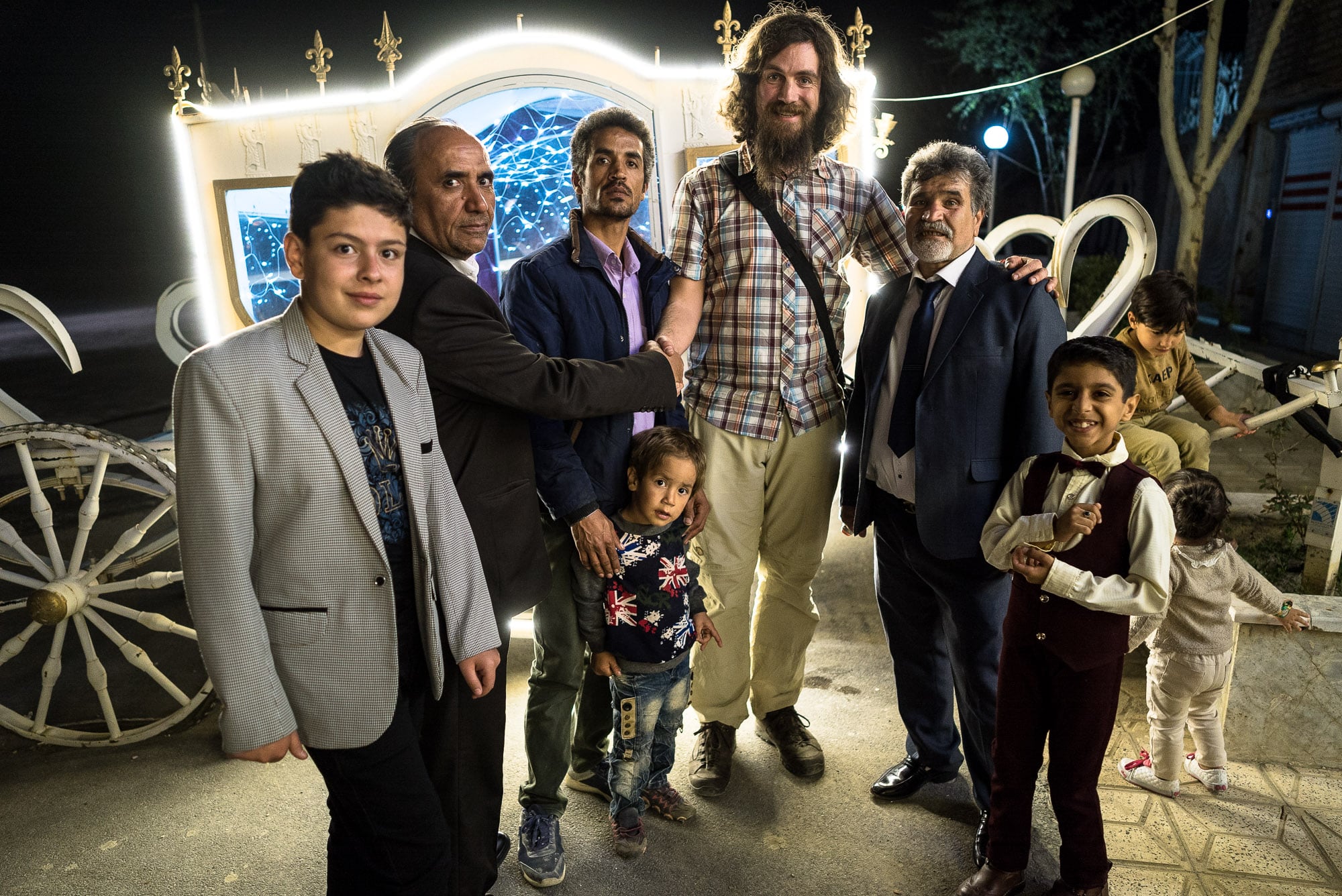 I took a photo with a bunch of guys whom I internally referred to as the “beard crew”: 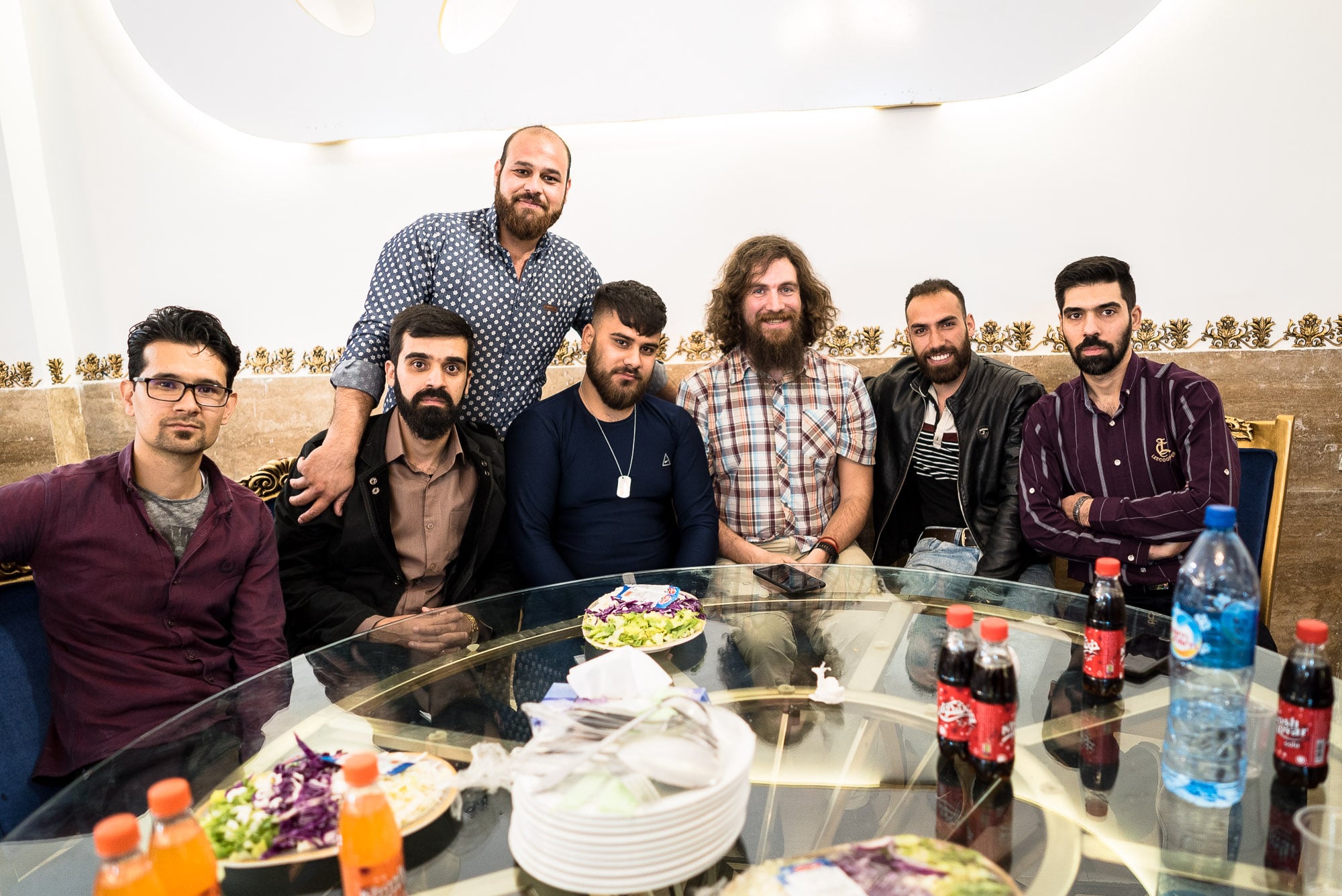 I danced a little with the others: 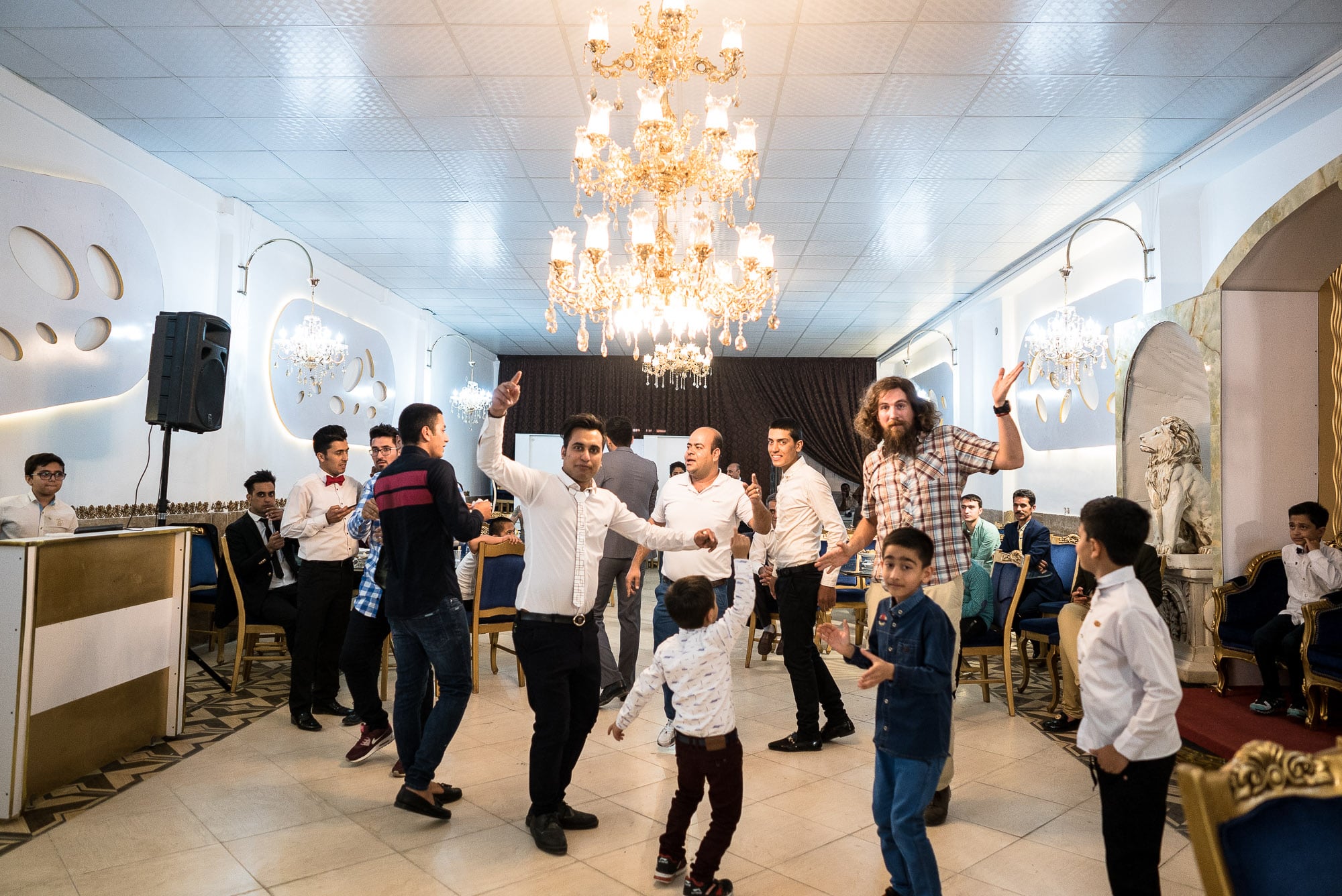 And then the groom came in: 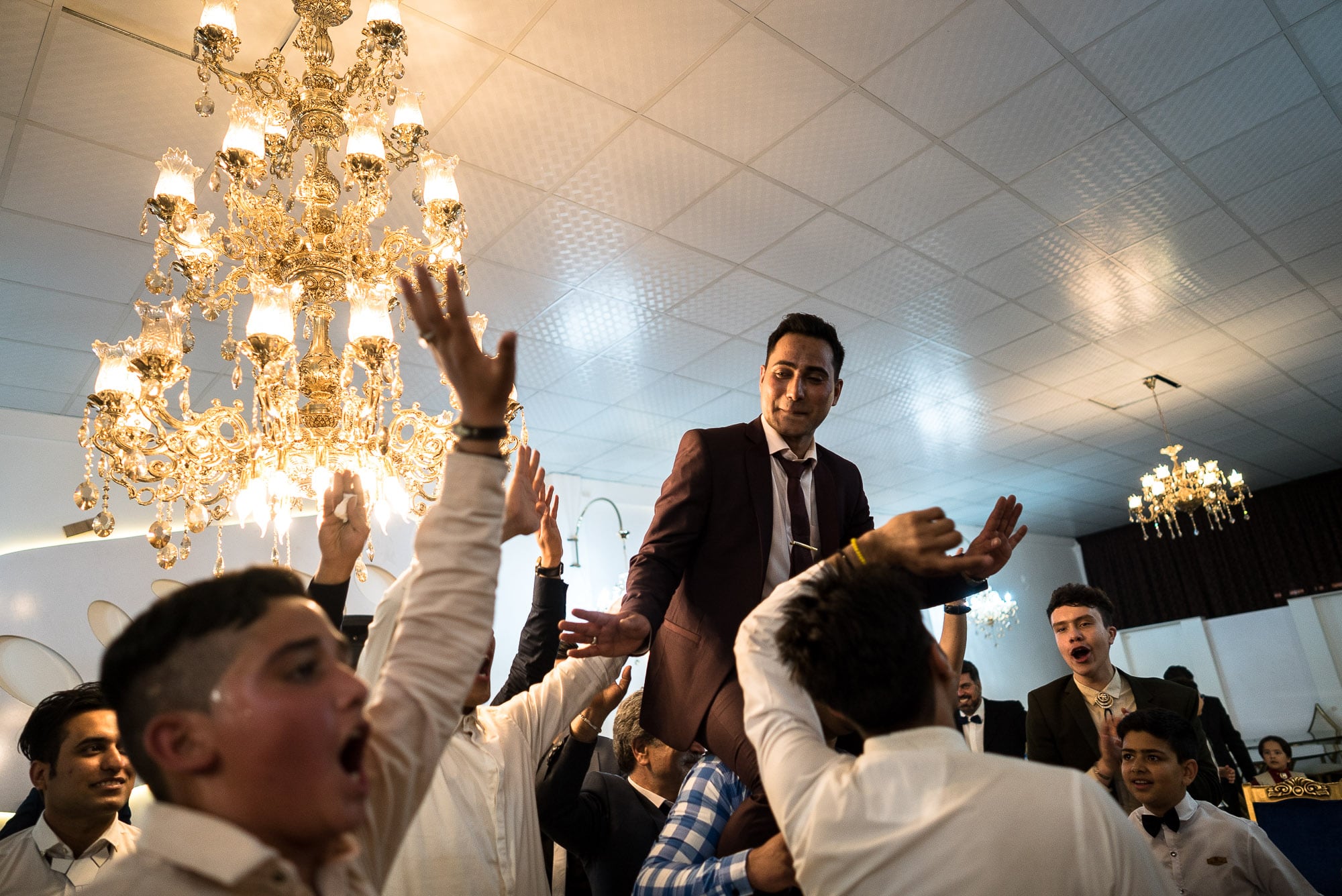 When the wedding party was over, I had not seen a woman. It had been an all-male thing in this part of the wedding parlour. The women were in another section. The dancing had been great, though.

I went back to my night-quarters. The workers were already there: 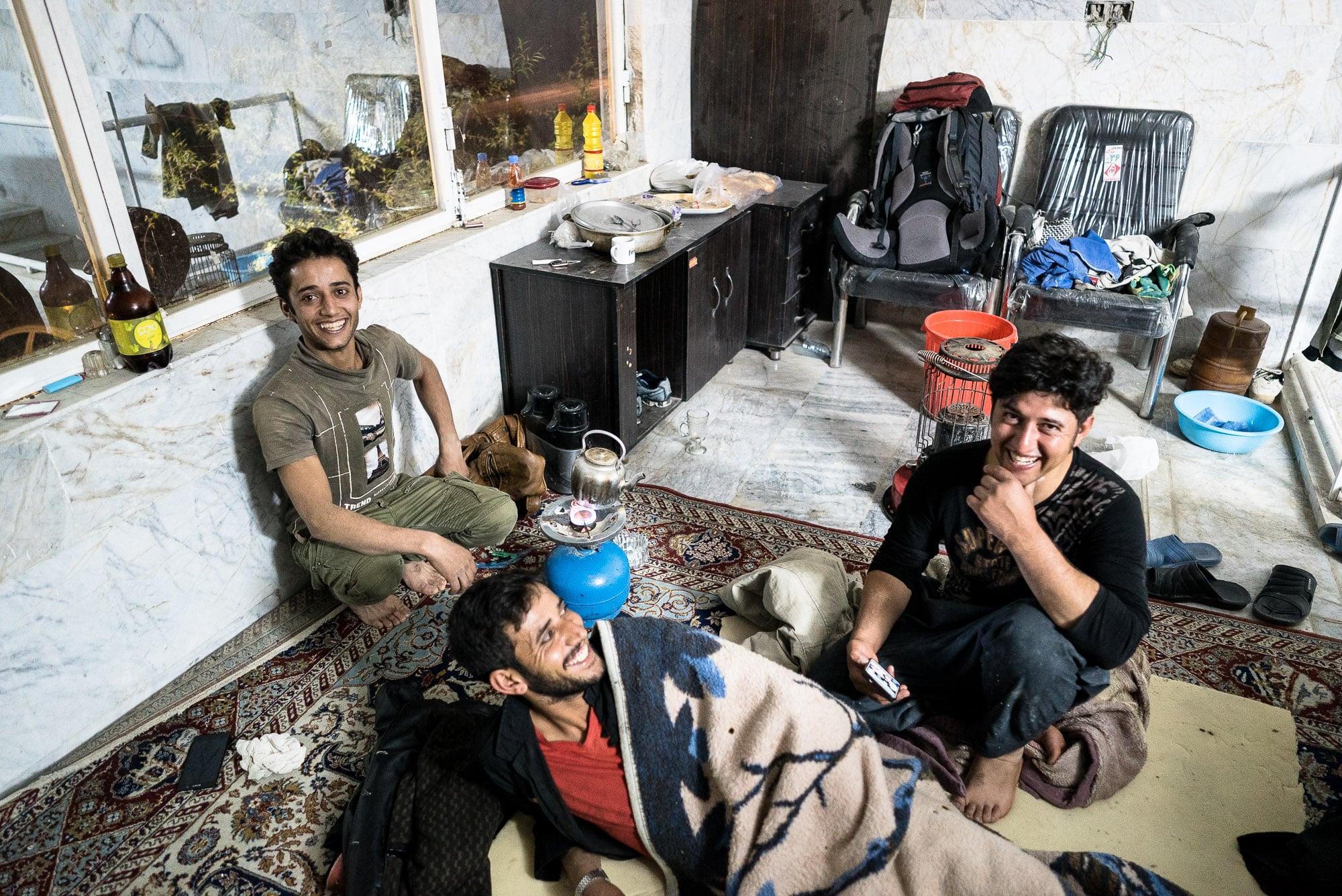 Their names were Hassan, Hussein, and Mohammed. And they had made tea.

Video of the day:

And here’s a 360 degree video from the road:

Not a bad first day after five months.

Day 1064
from Mashhad to wedding parlour