Through the help of my friend Mastaneh from Mashhad, I got a tourist guide today: 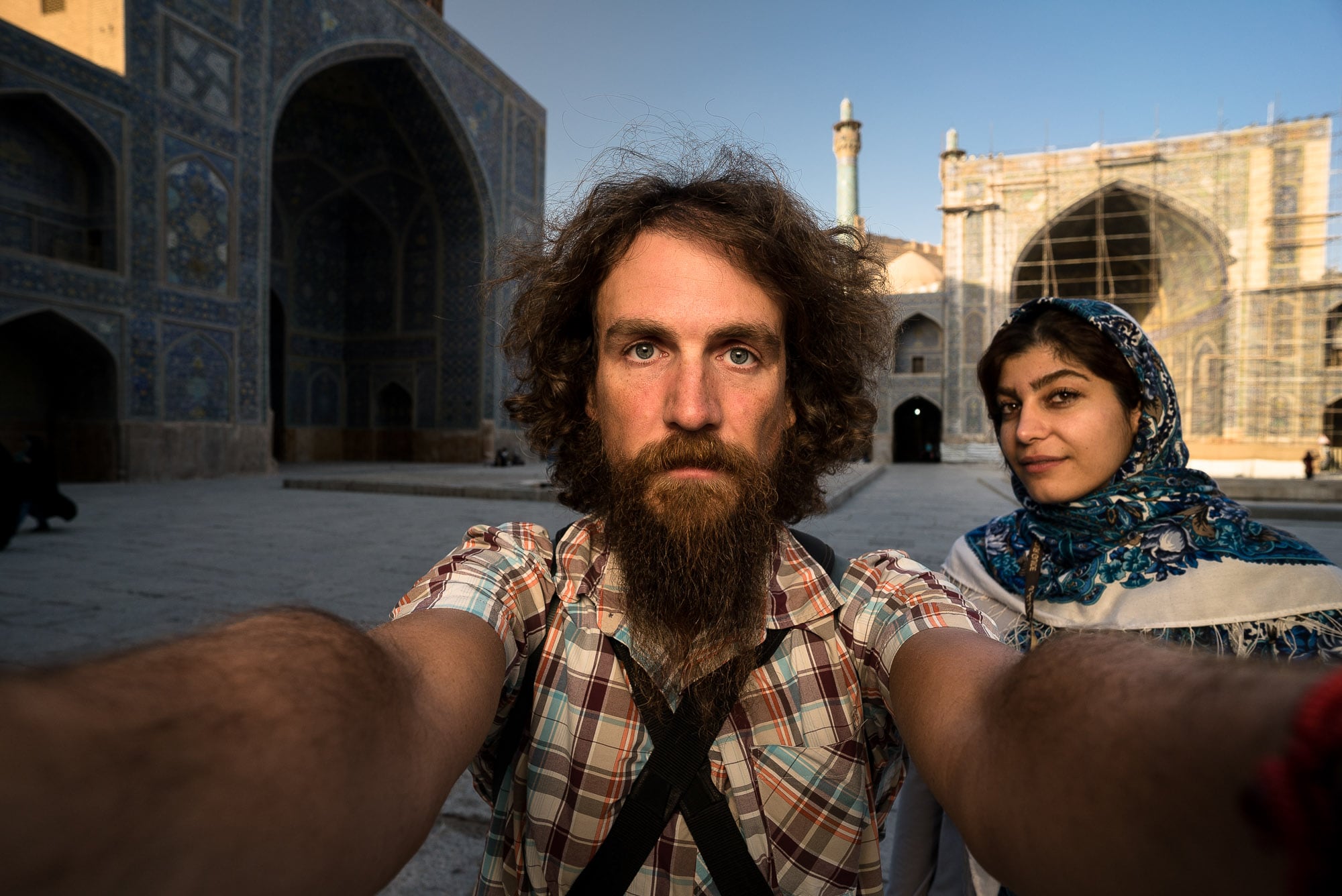 She had the longest eyelashes I had ever seen, and Hanie was her name.

We went to the Royal Mosque, walking around it from the side at first, so we could get a feel for its dimensions: 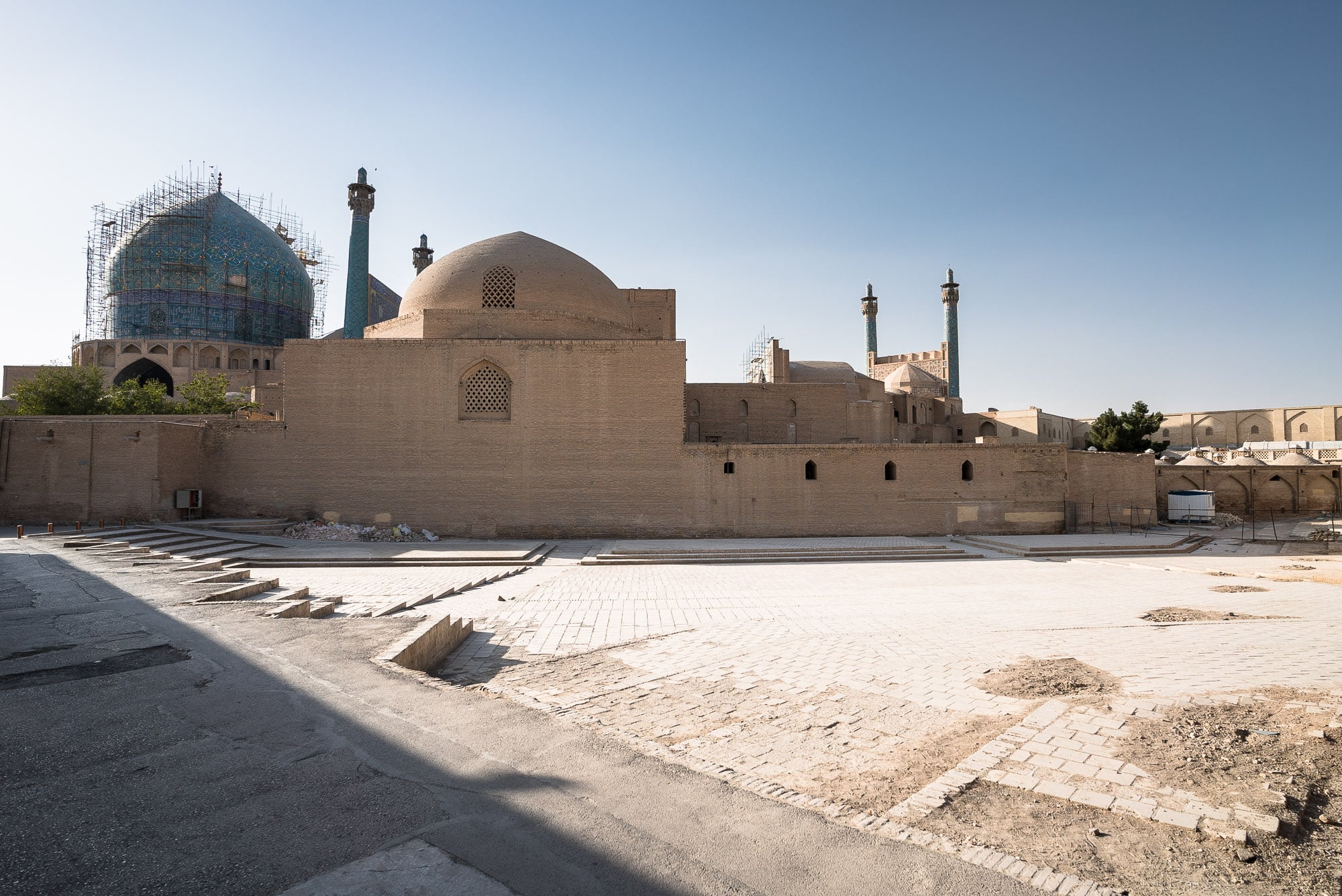 Then we went in: 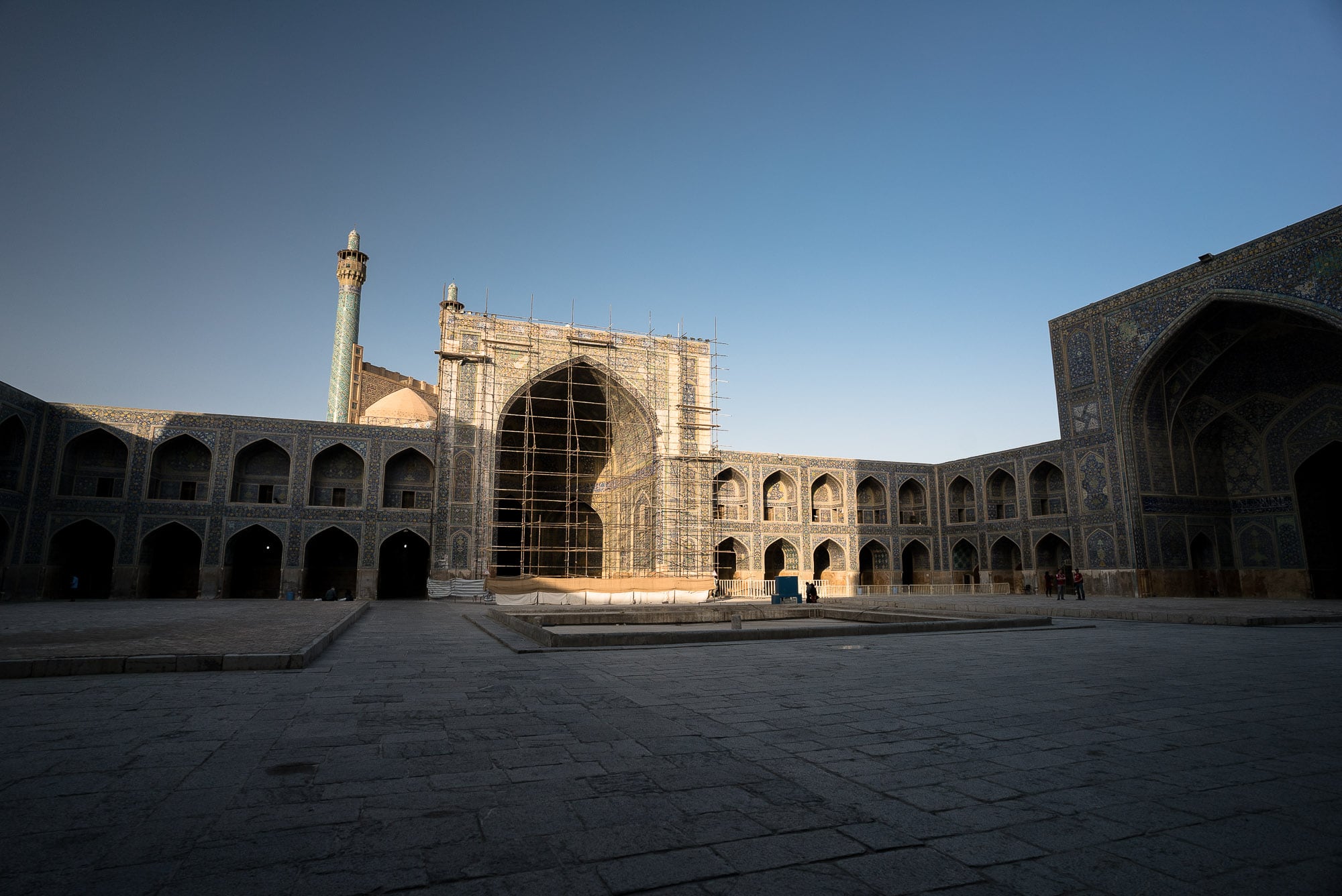 The four-hundred-year-old building had a spectacular dome: 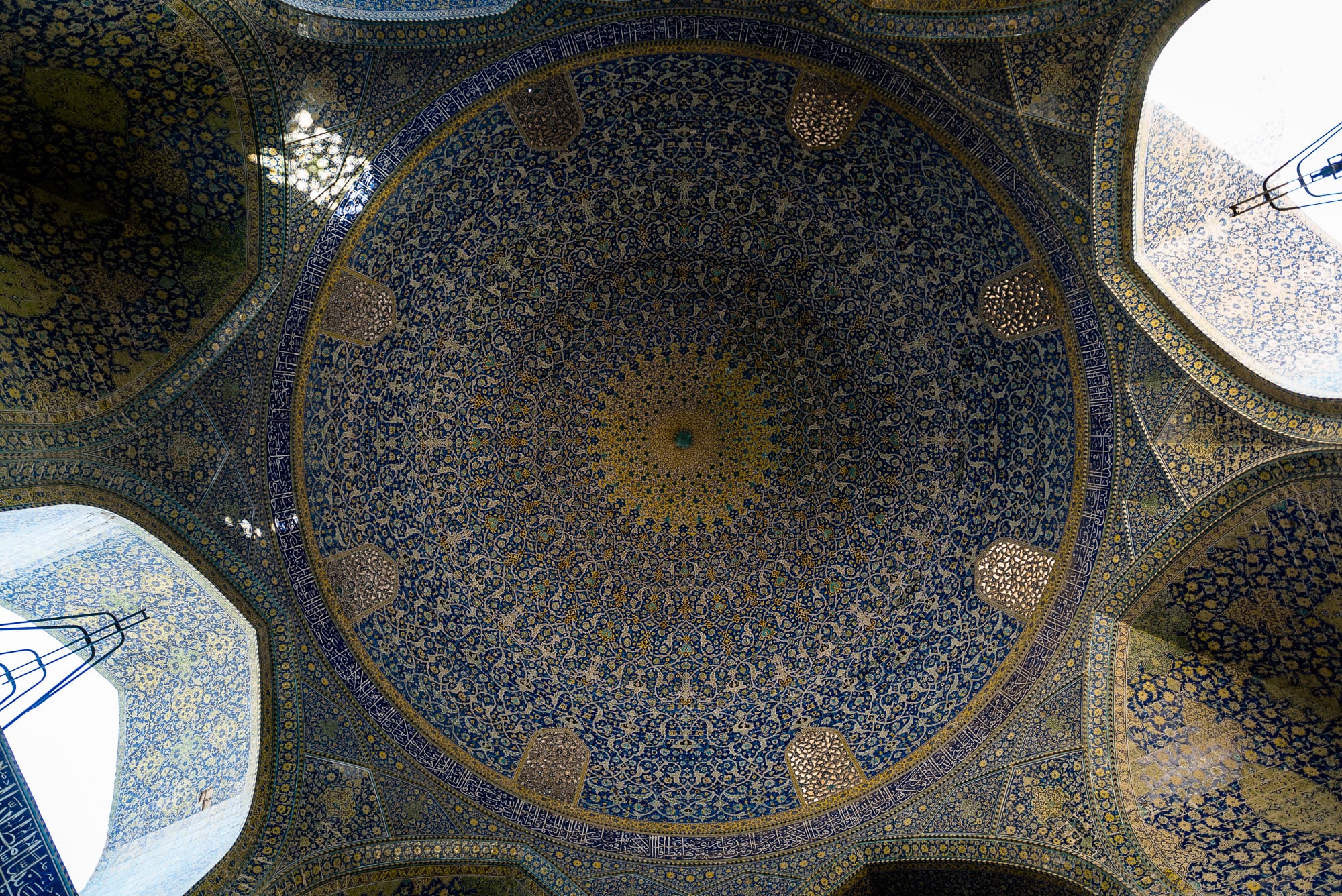 And it wasn’t really that crowded at all: 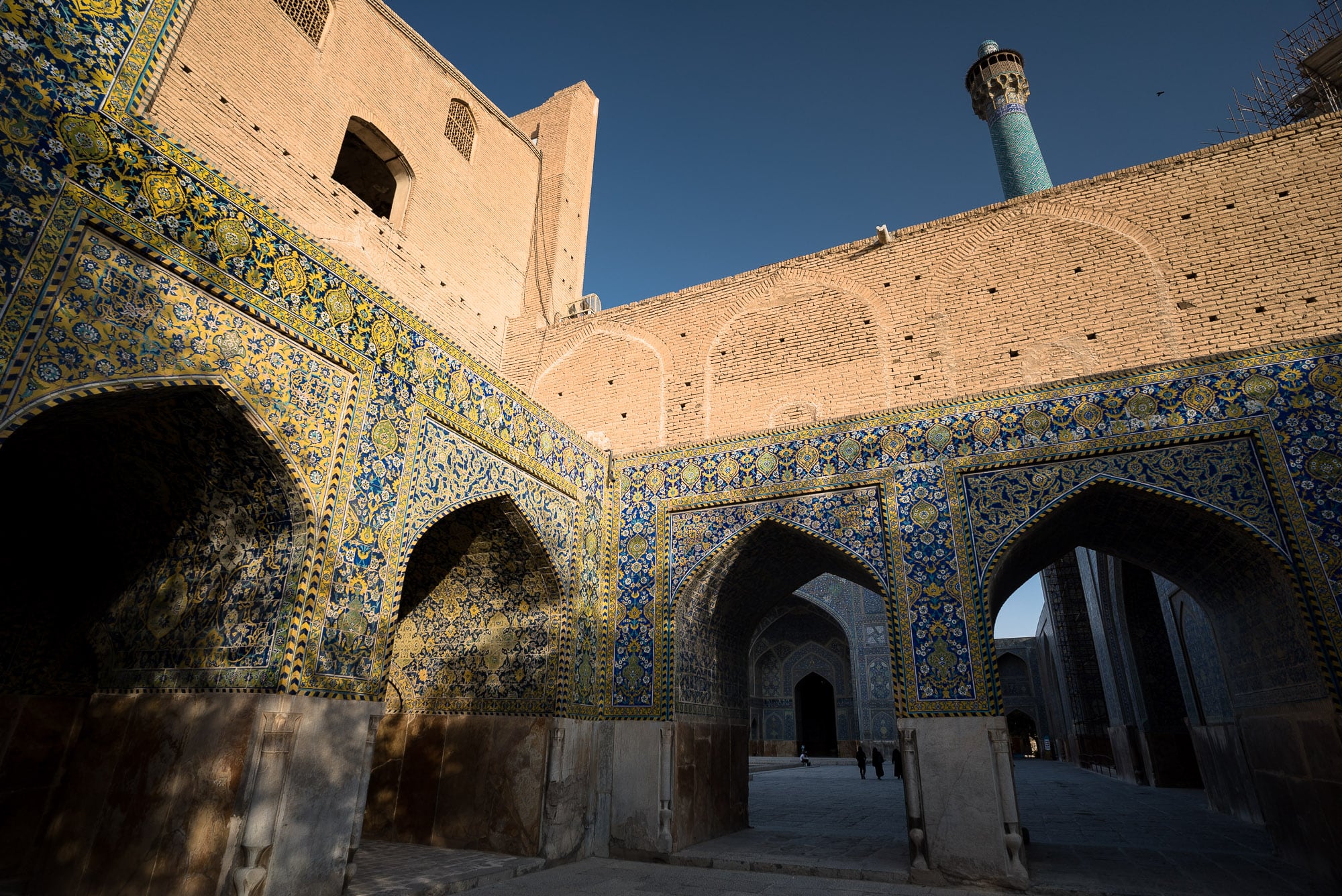 We walked around in it for a while: 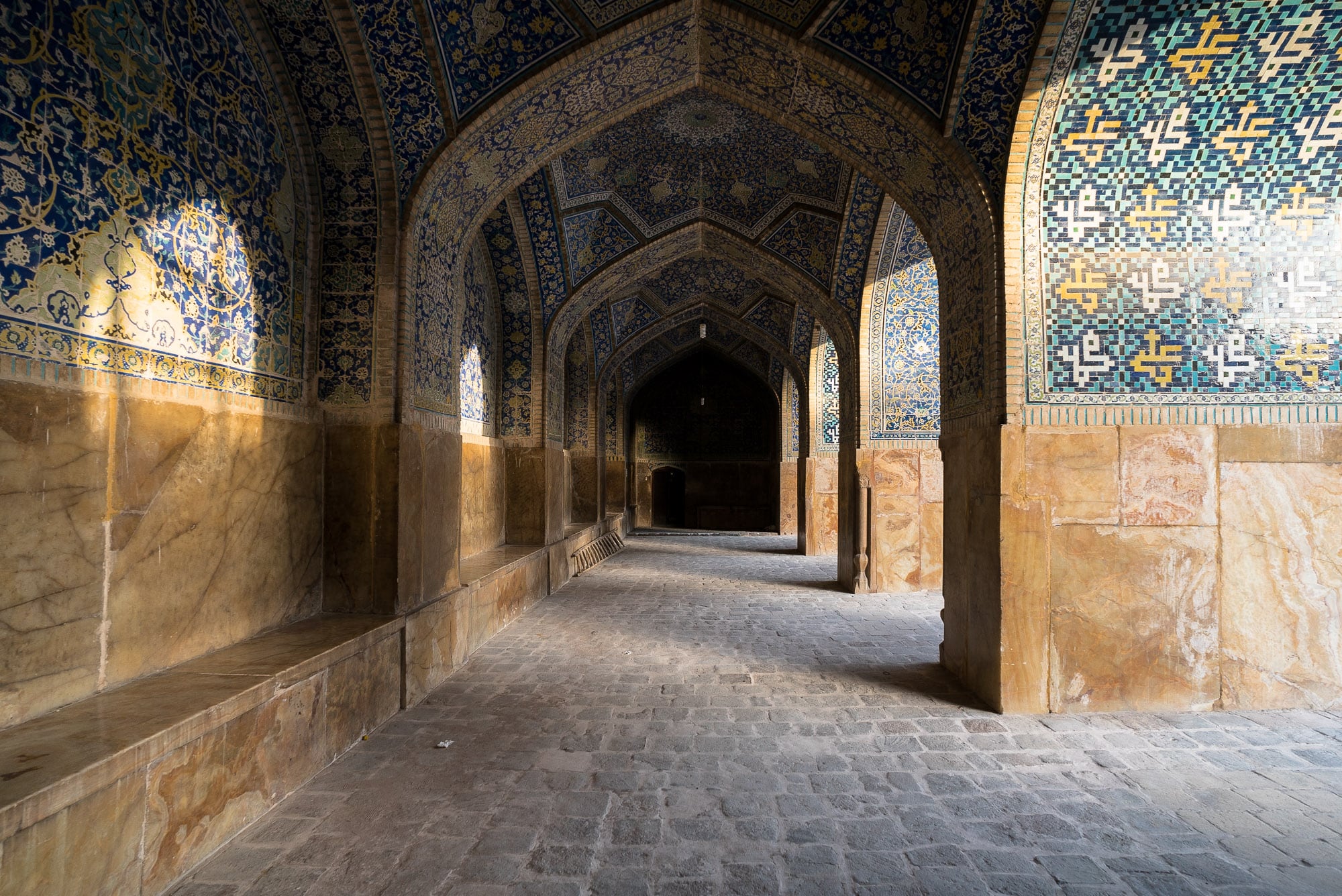 One thing I particularly liked was this depiction of drunken monkeys: 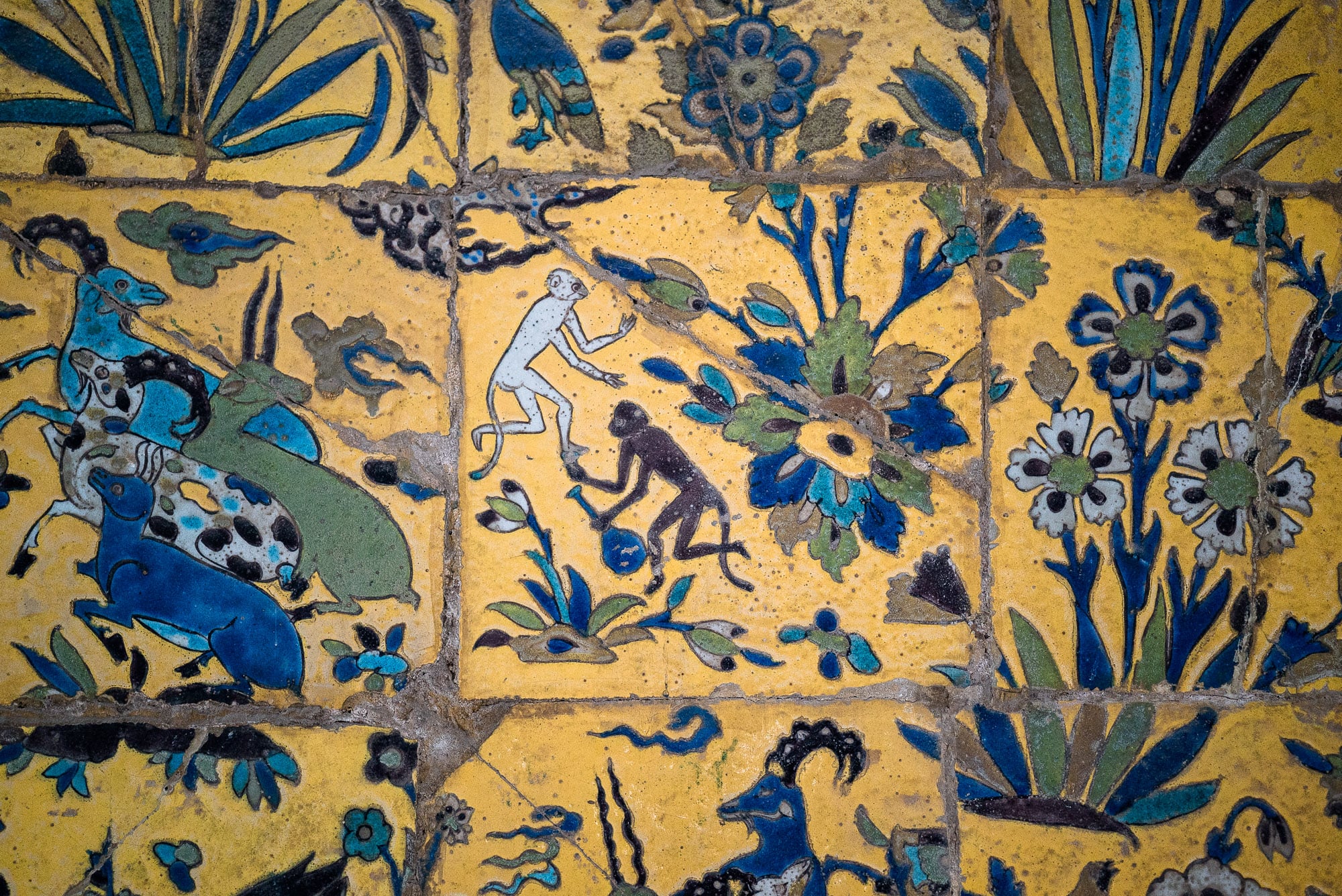 It had been added by later rulers in defiance of Islam’s aniconism, the proscription against making images of animals and men.

Oh, and I liked this scene: 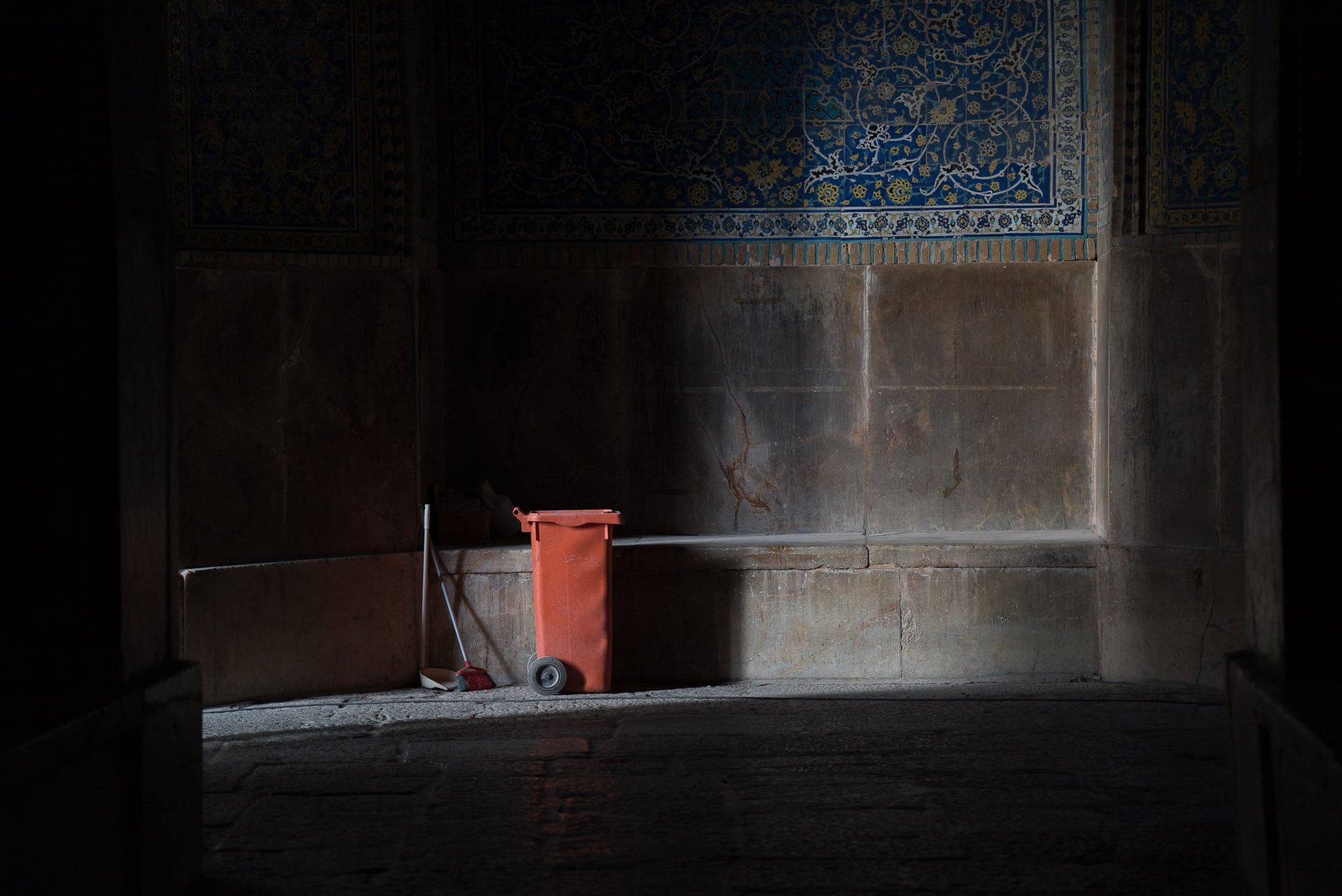 Then Hanie took me to have tea with a group of former athletes who got together every week in the same café: 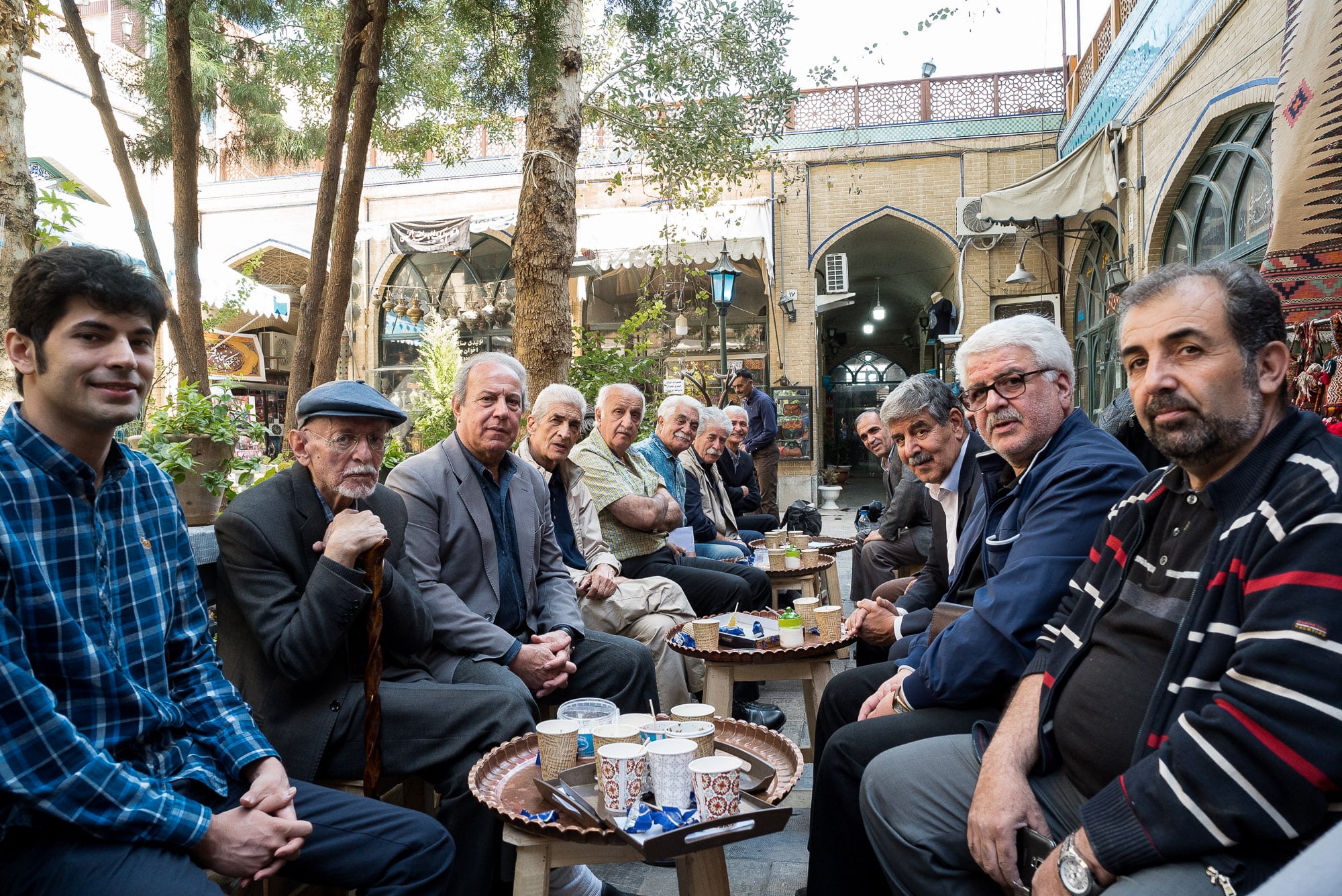 One of them liked to draw things: 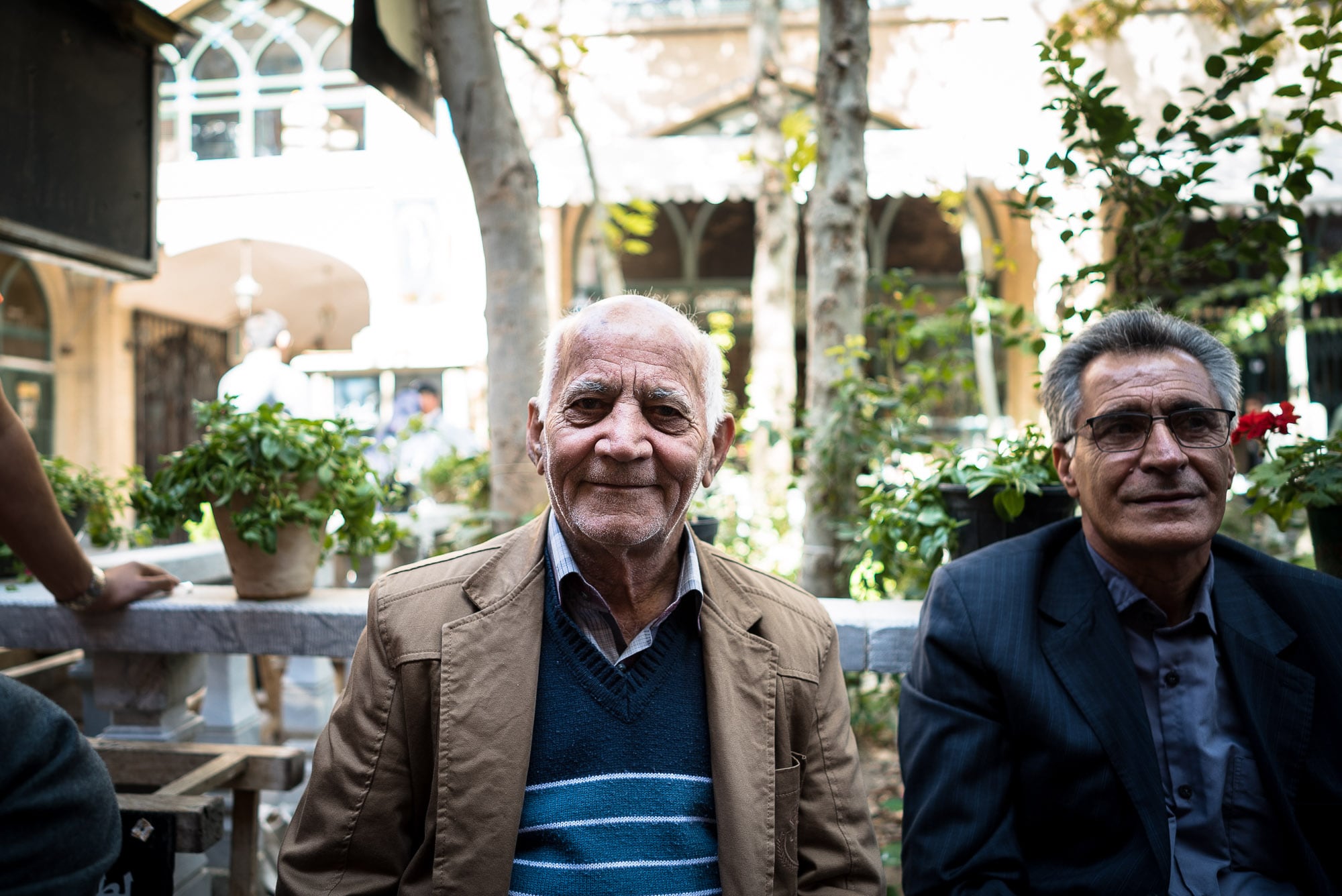 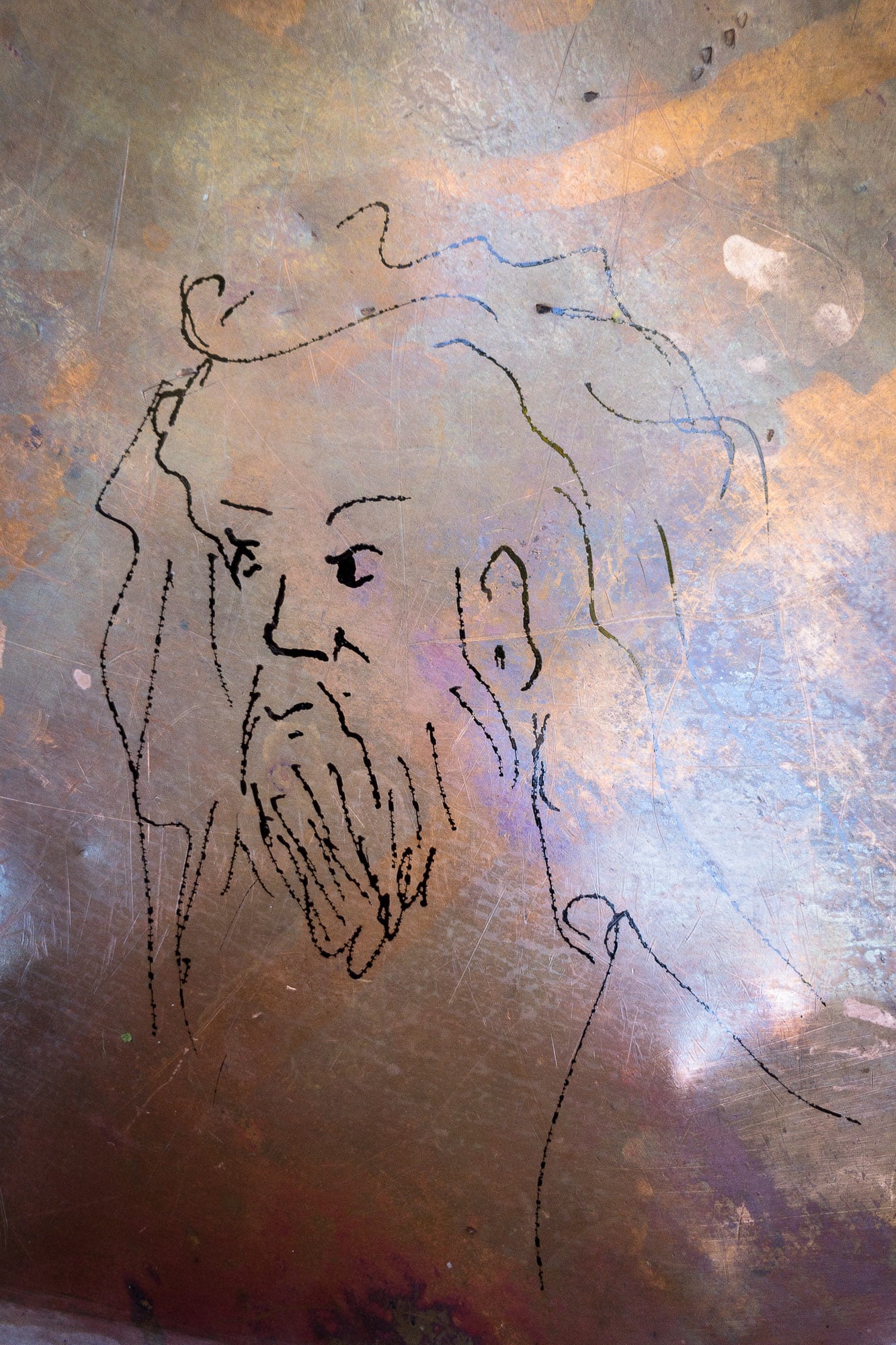 And when I asked for a drawing of something ridiculous, he came up with something adequate: 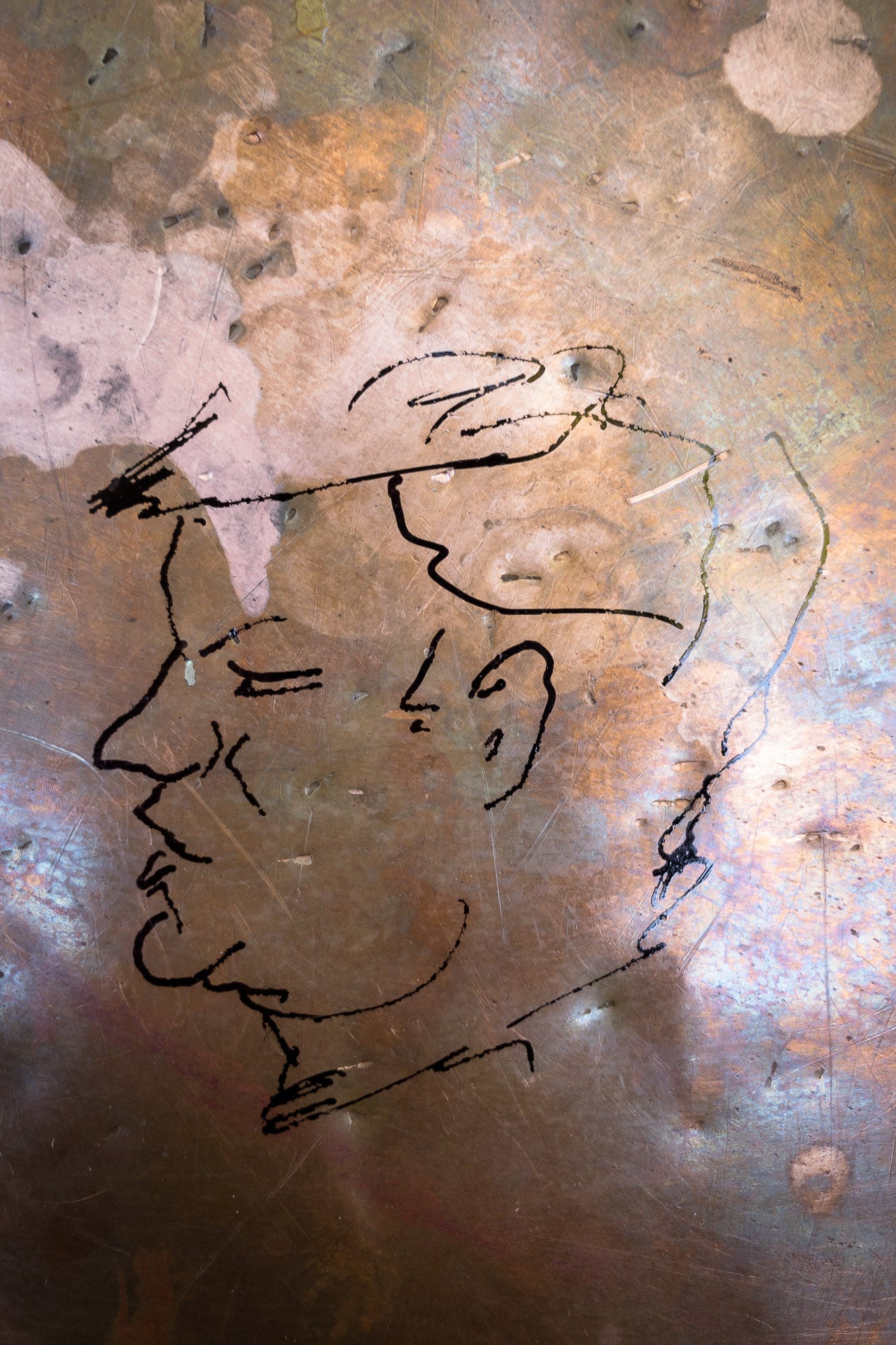 They were very kind, these old athletes: 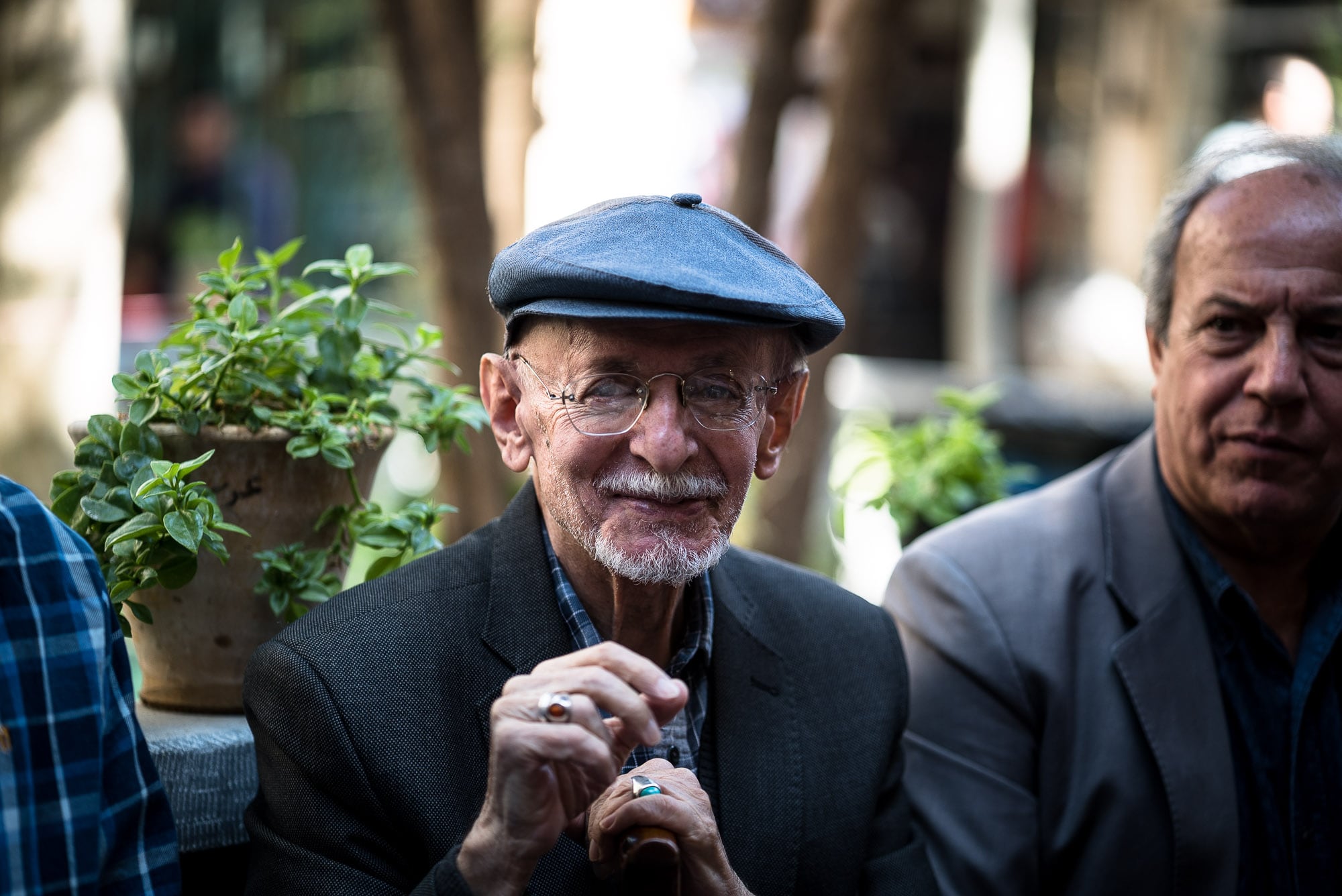 This gentleman insisted on paying for my tea: 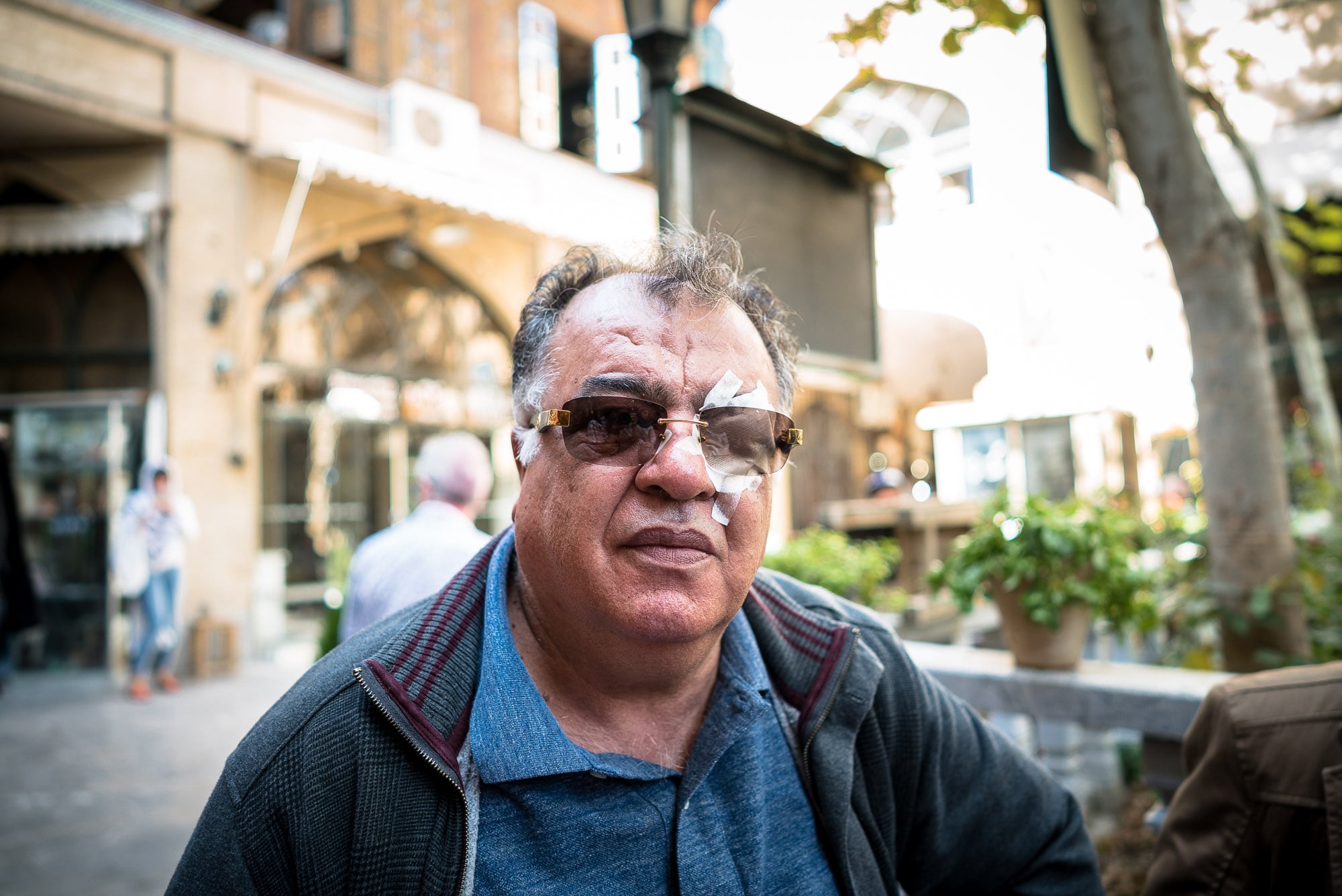 Then I asked Hanie to take me to a modern place in Isfahan, a shopping center in the southern part of town: 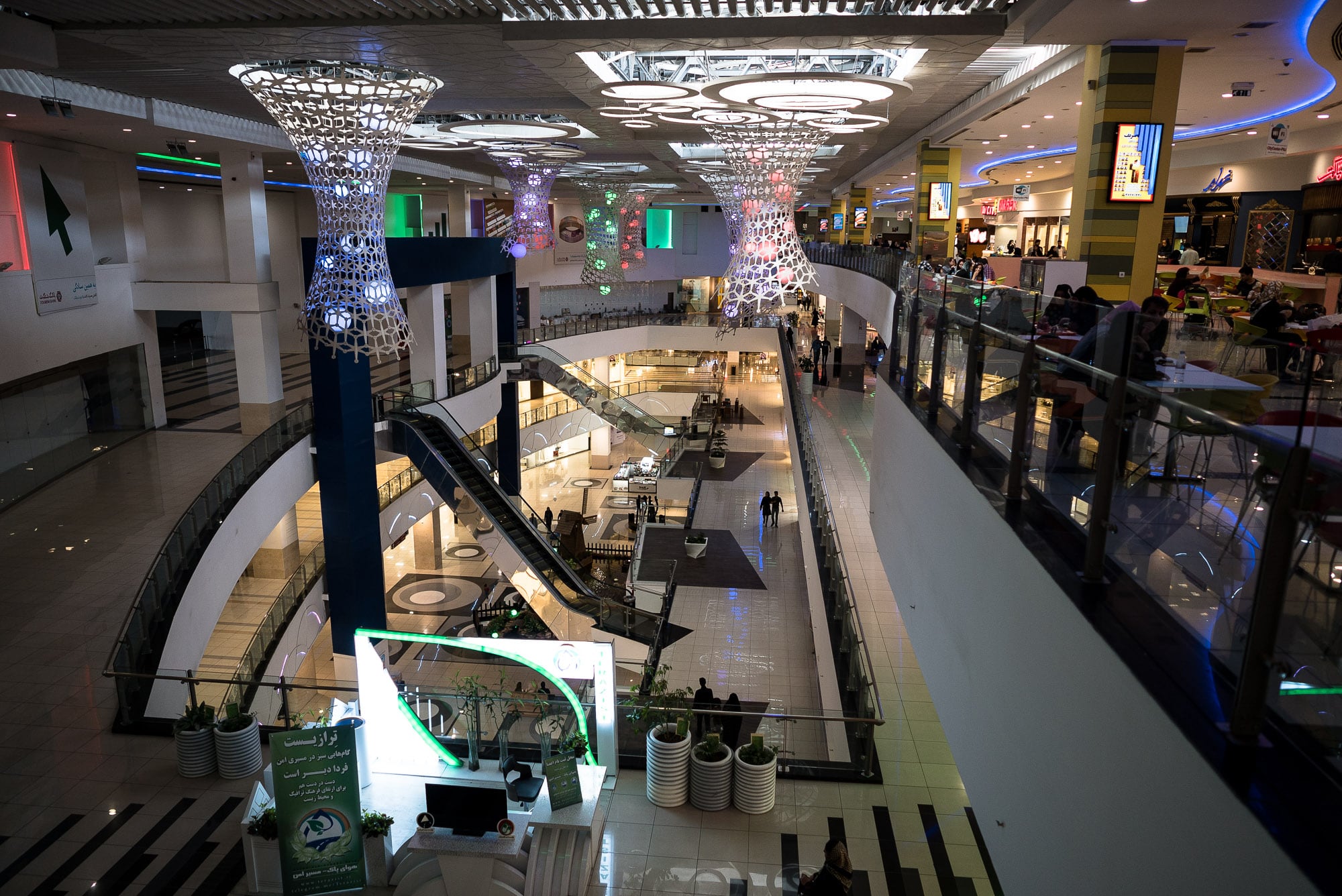 I had never been to a mall in Iran before, and now that I had, it looked just like all malls did everywhere I went: 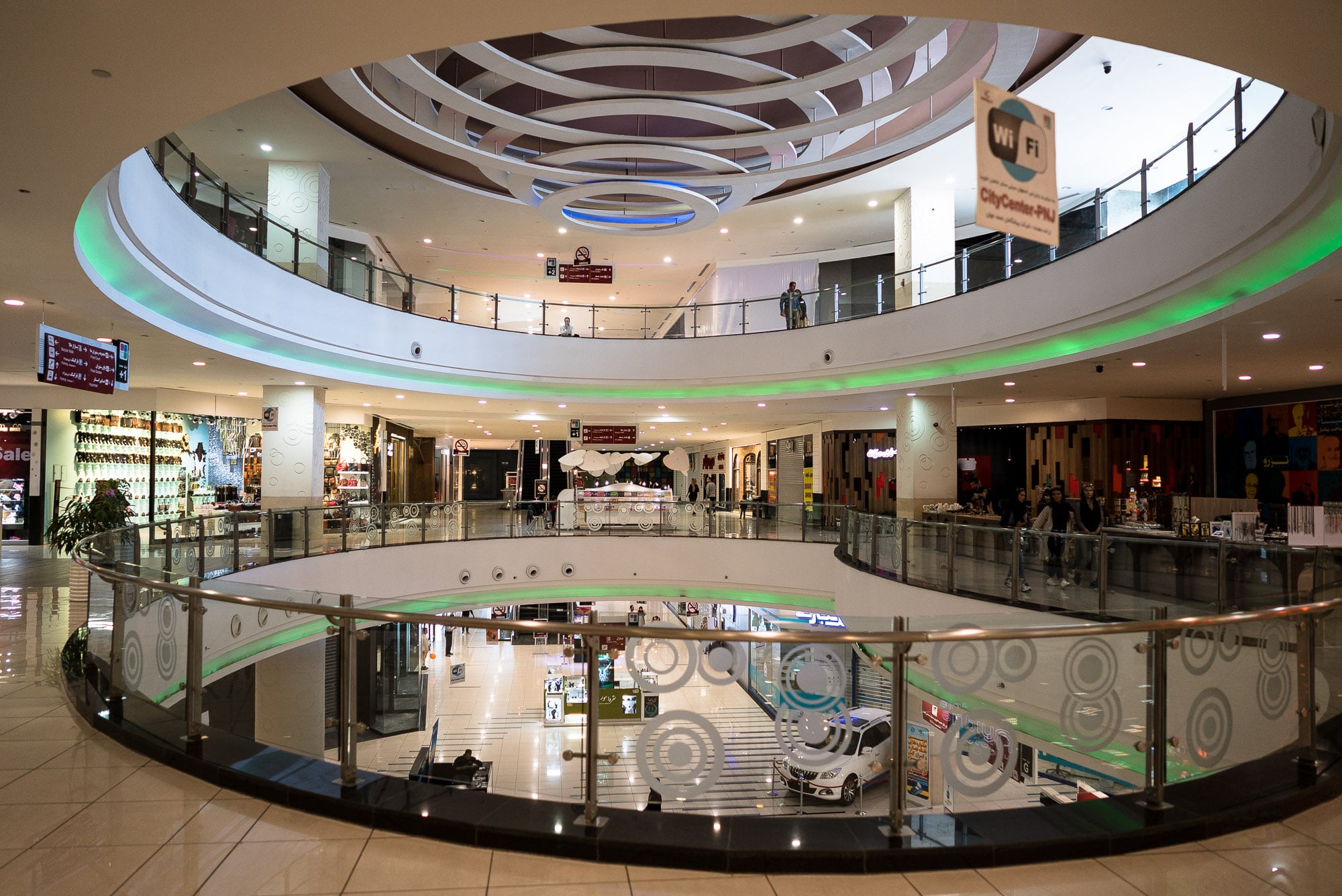 It was reassuring and disappointing at the same time.

Then we went to the old Khaju Bridge across the Zayandeh River. It was all very nice and beautiful, but there was a sense of something painful in the air. Isfahan was hurting, because its river hardly carried any water anymore. The river was the heart of the city, and it lay bare: 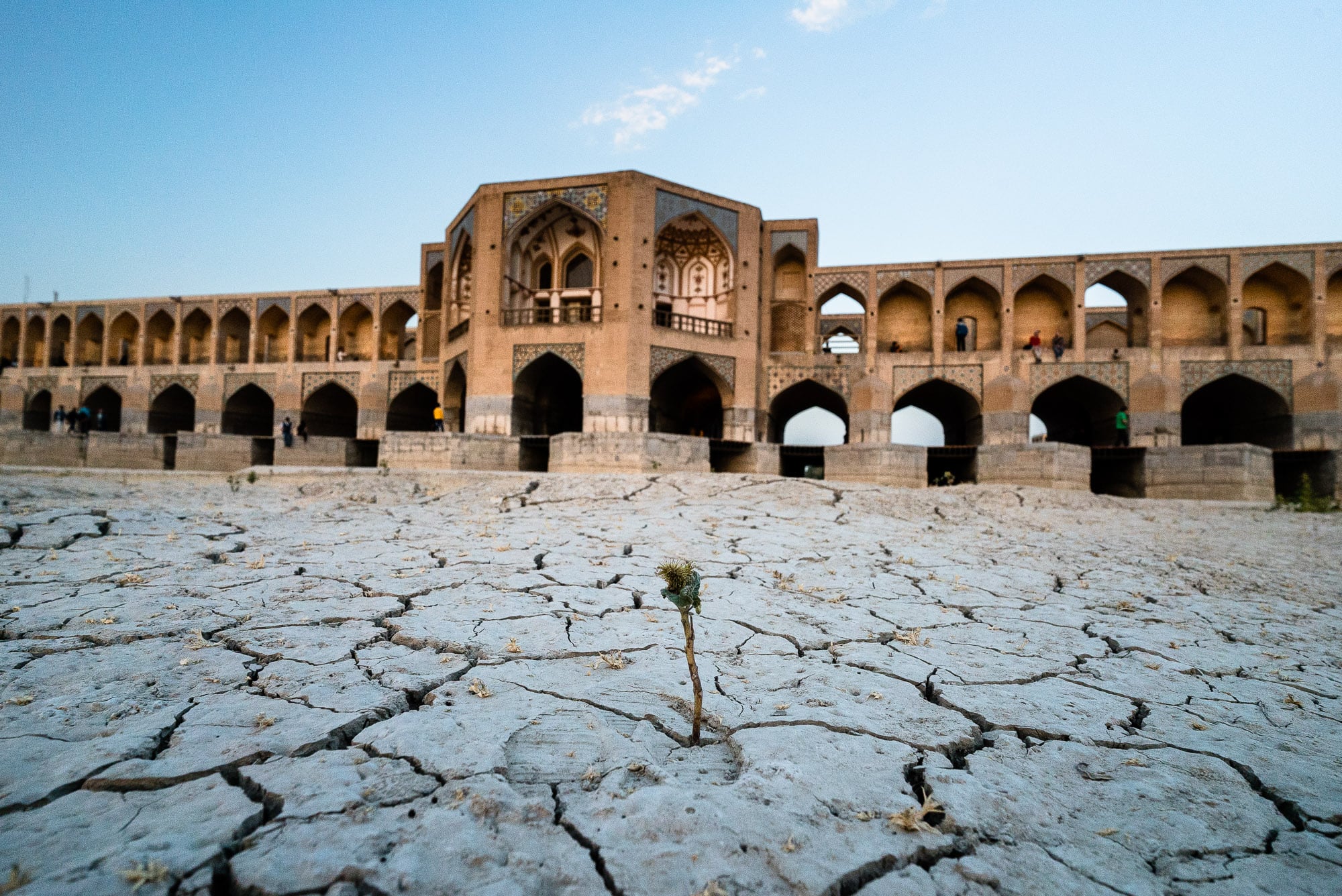 We heard something going on next to the bridge, and when we got there, it looked as if people were having a heated argument: 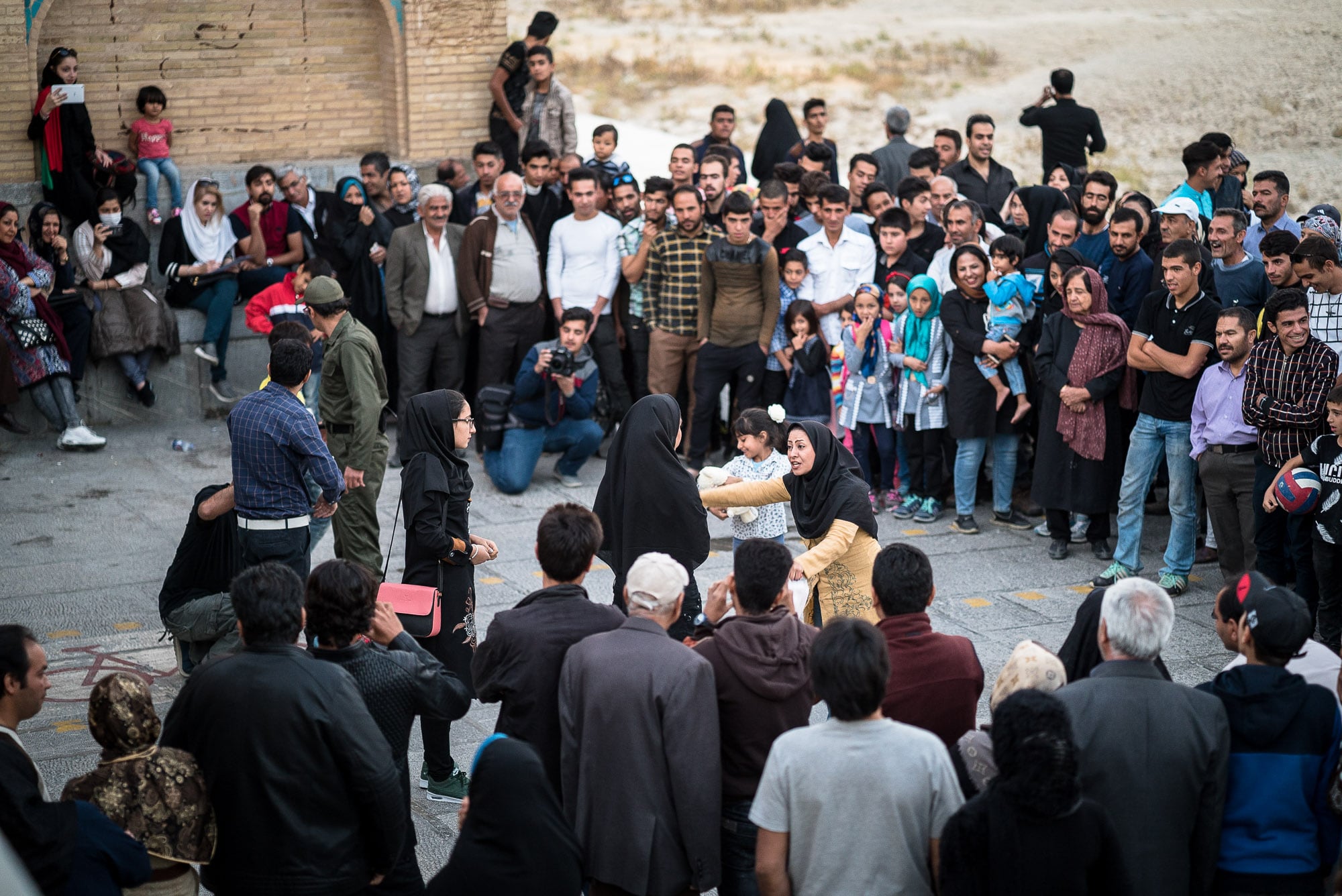 This was something that happened regularly in China, and it almost always drew large crowds of spectators, so I wasn’t surprised at first… 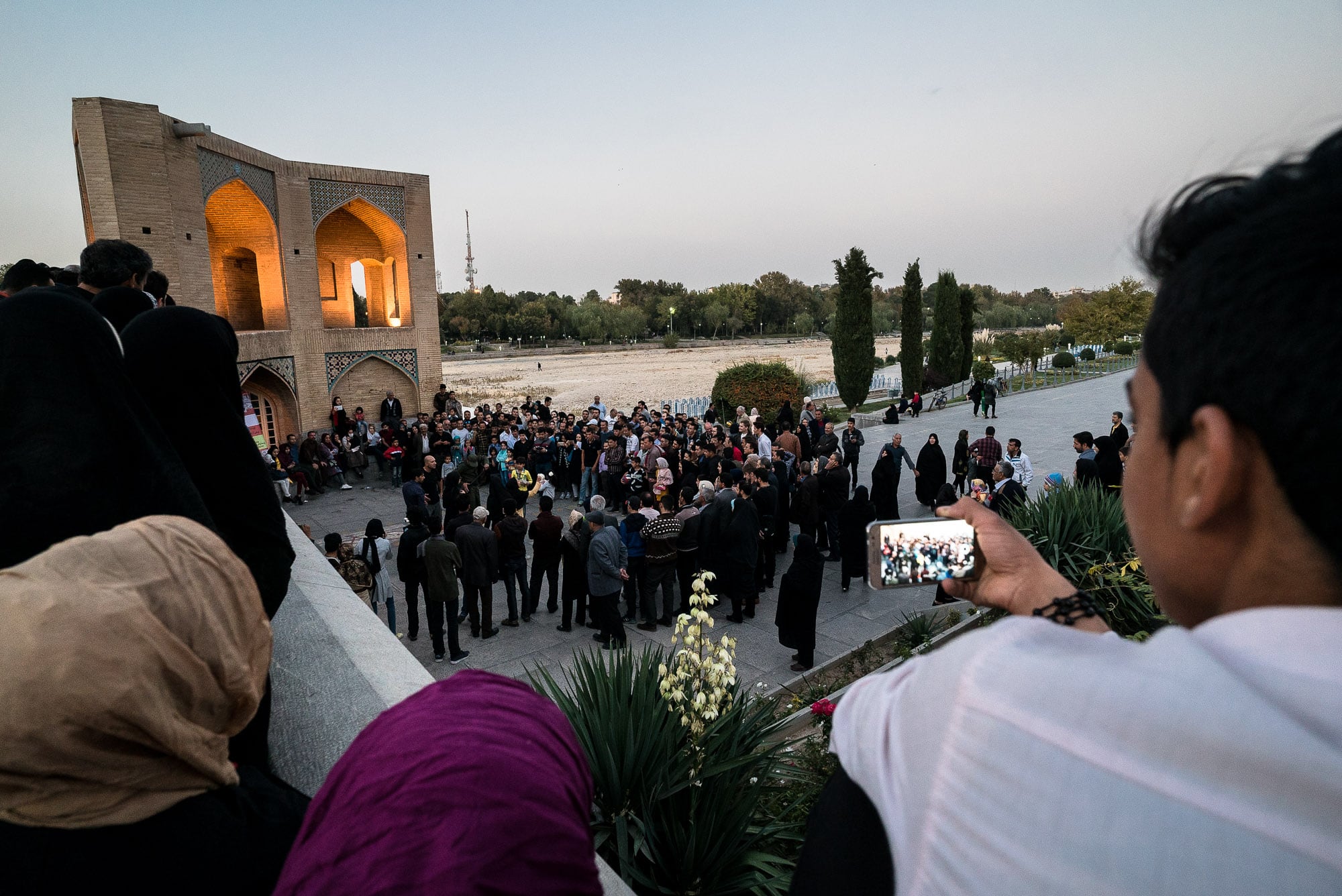 …until the audience applauded, indicating the end of an improv theater performance: 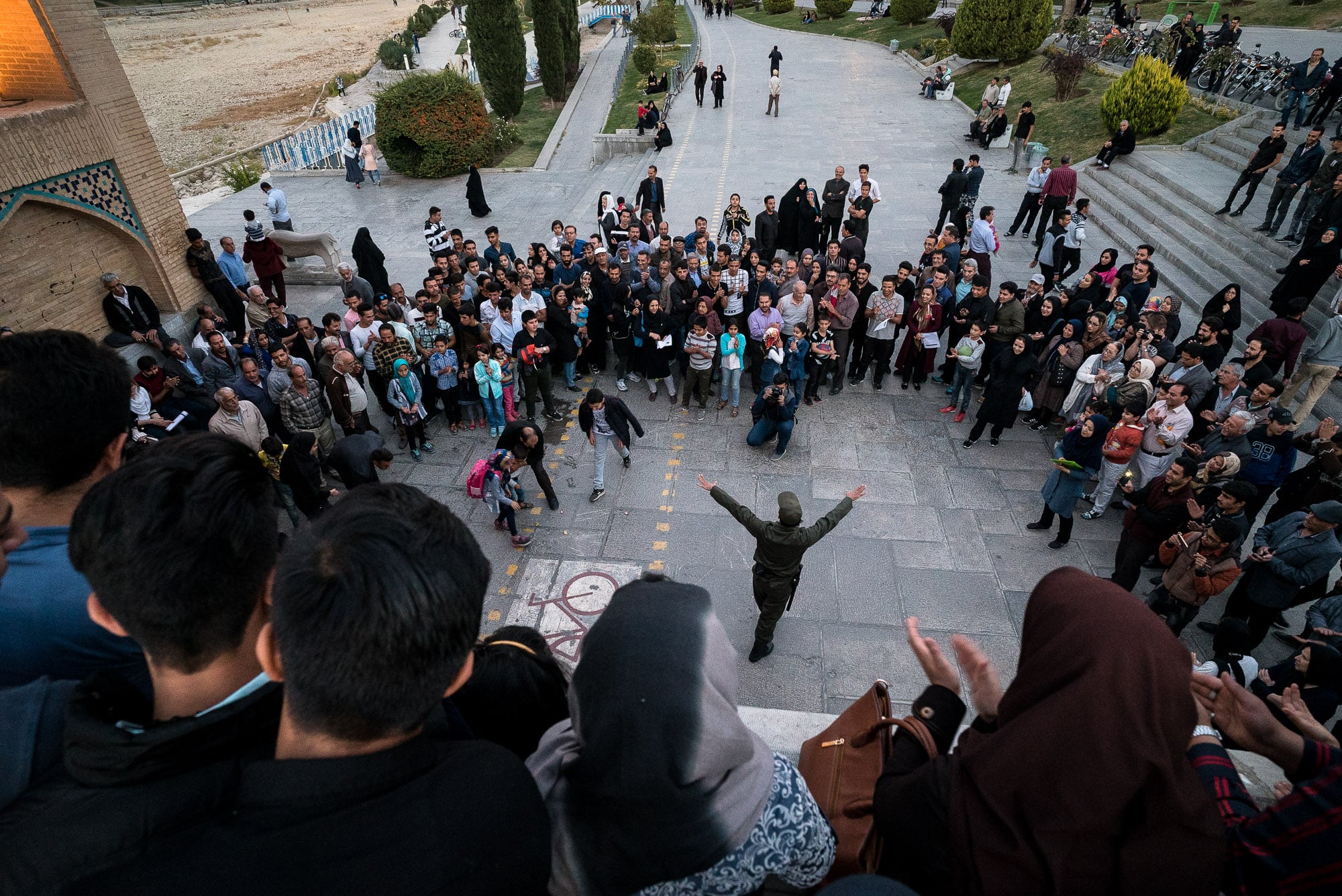 Okay, I was surprised.

There were a lot of people under the arches of the bridge. Some were having a picnic, others were praying: 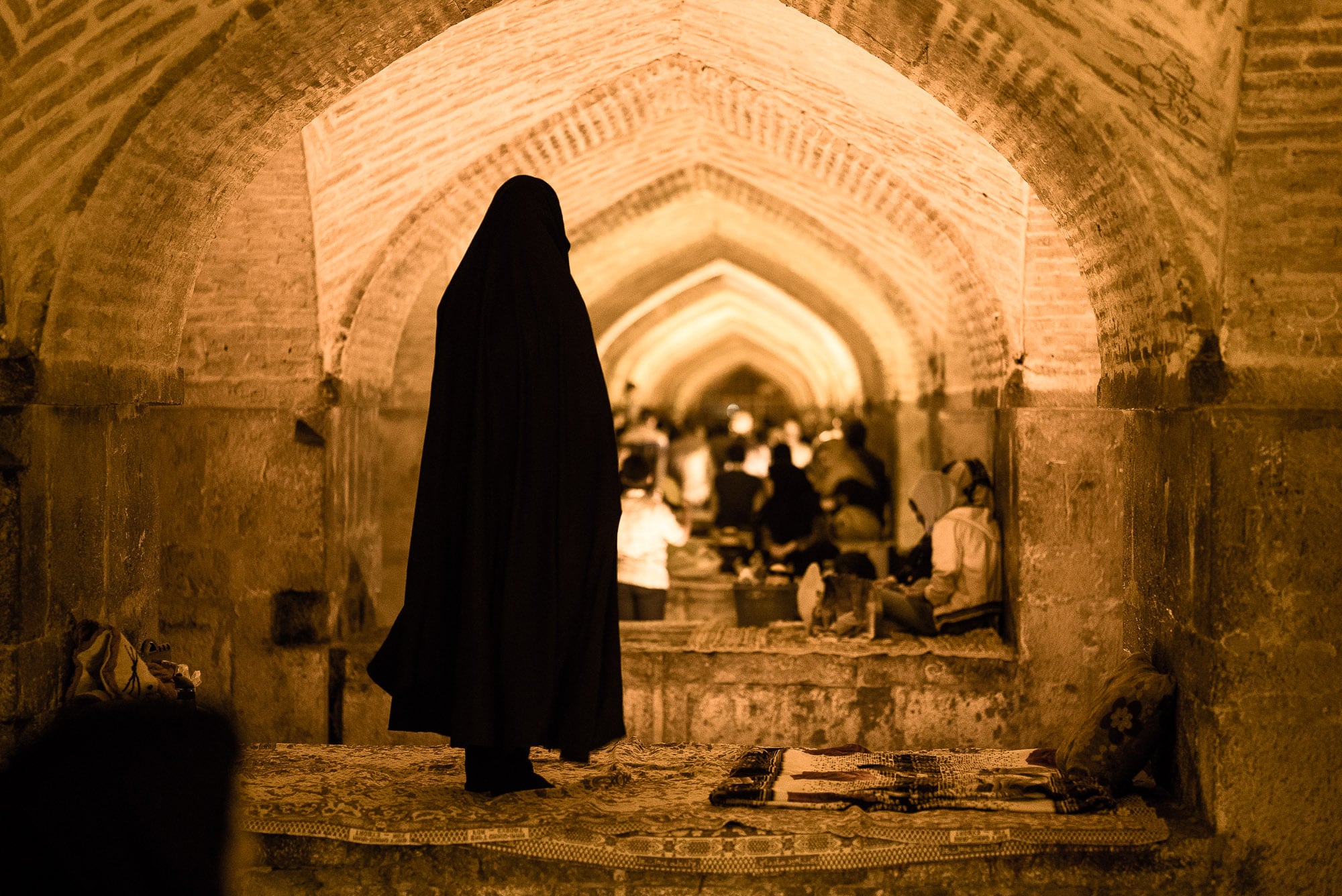 And some had gathered to sing songs: 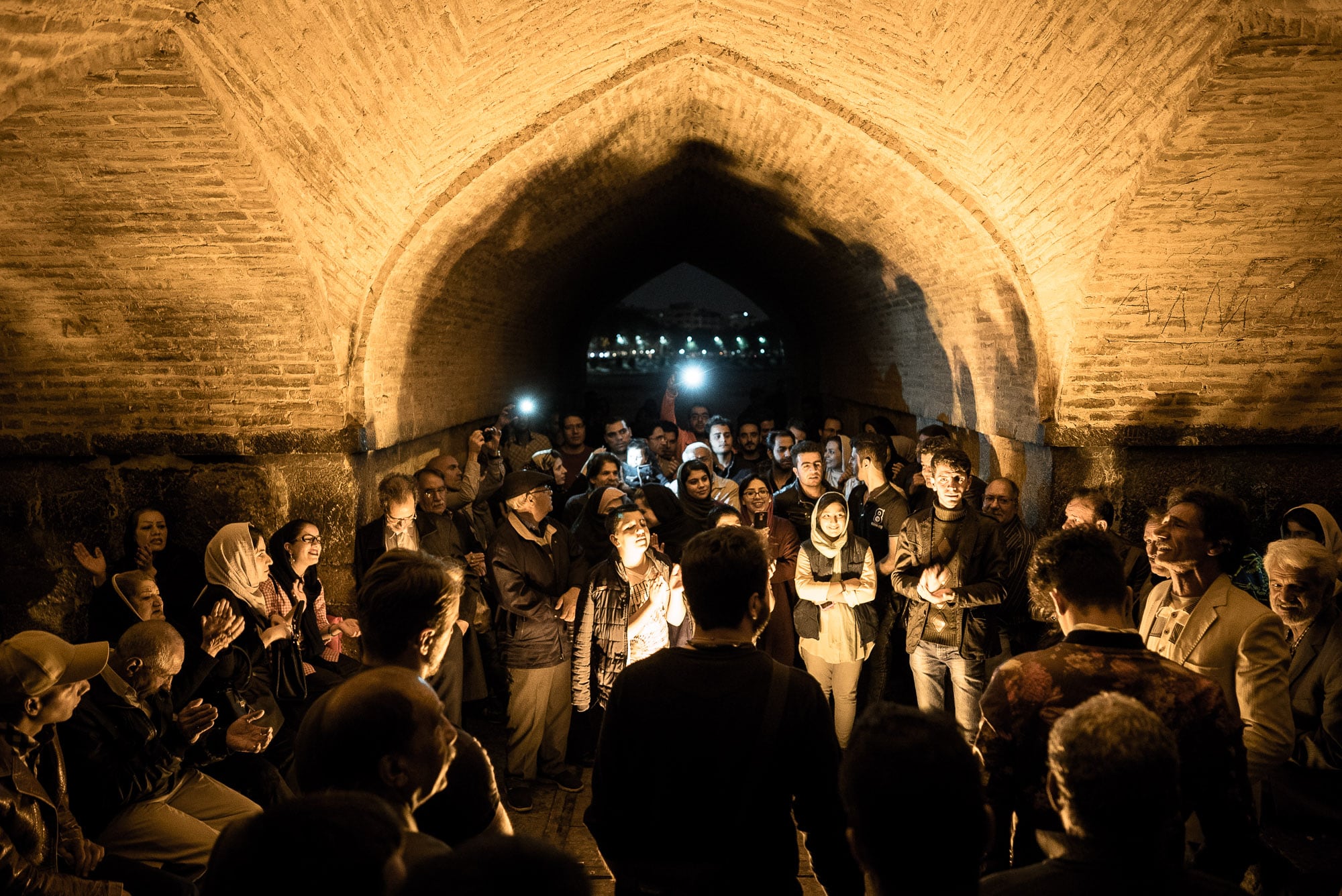 One person would start singing, and the others would join in the chorus.

Others would just watch: 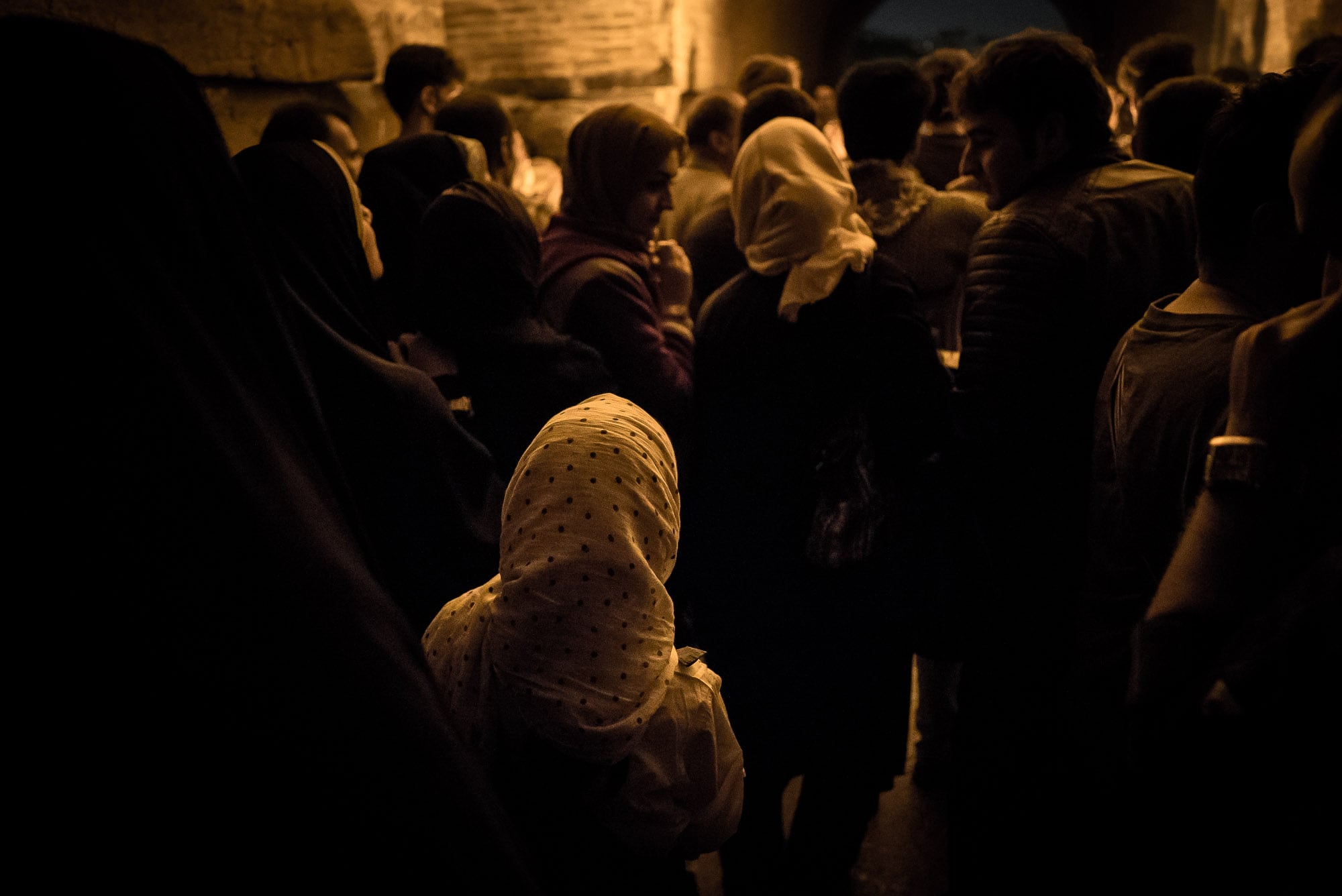 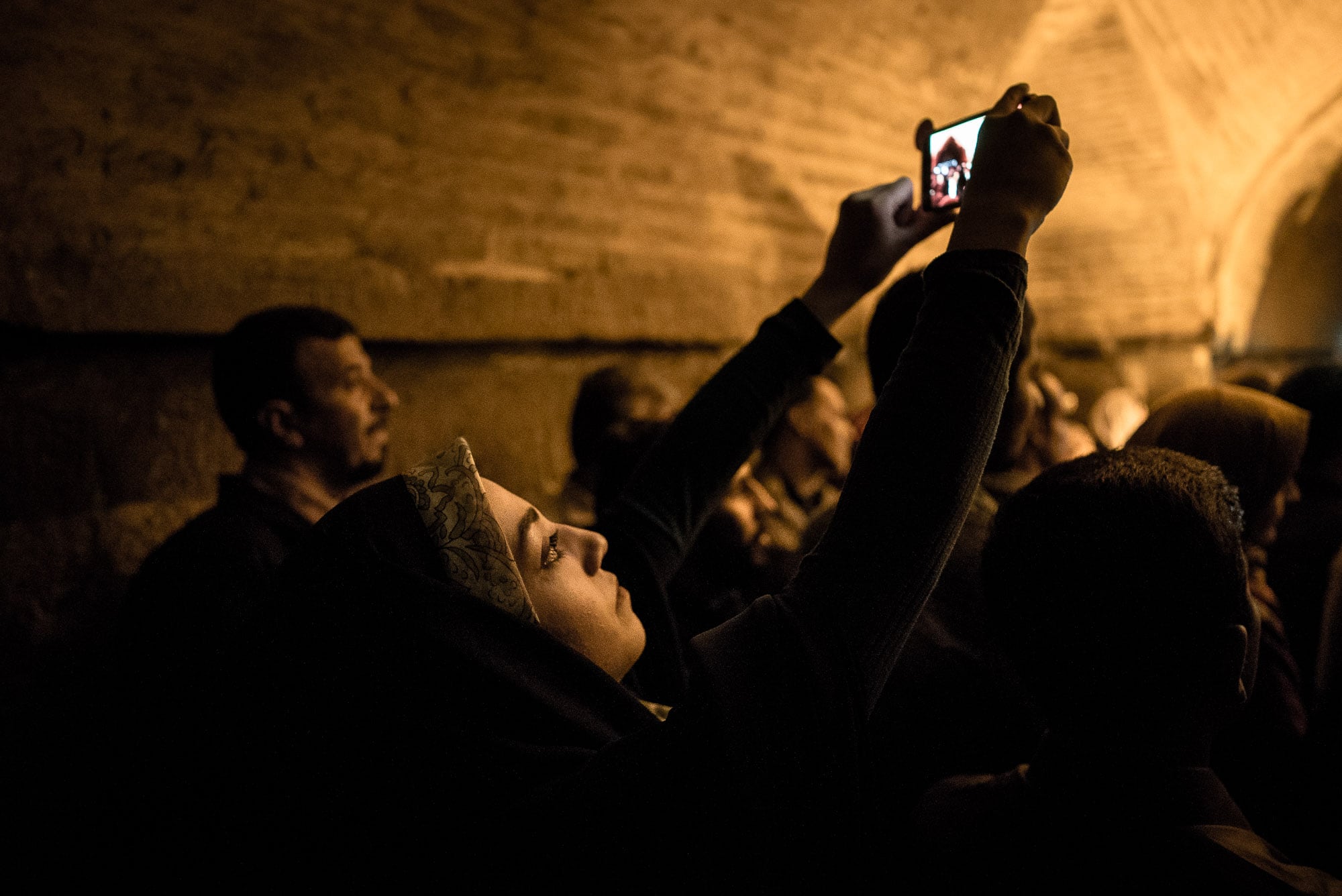 And then there was this gentleman: 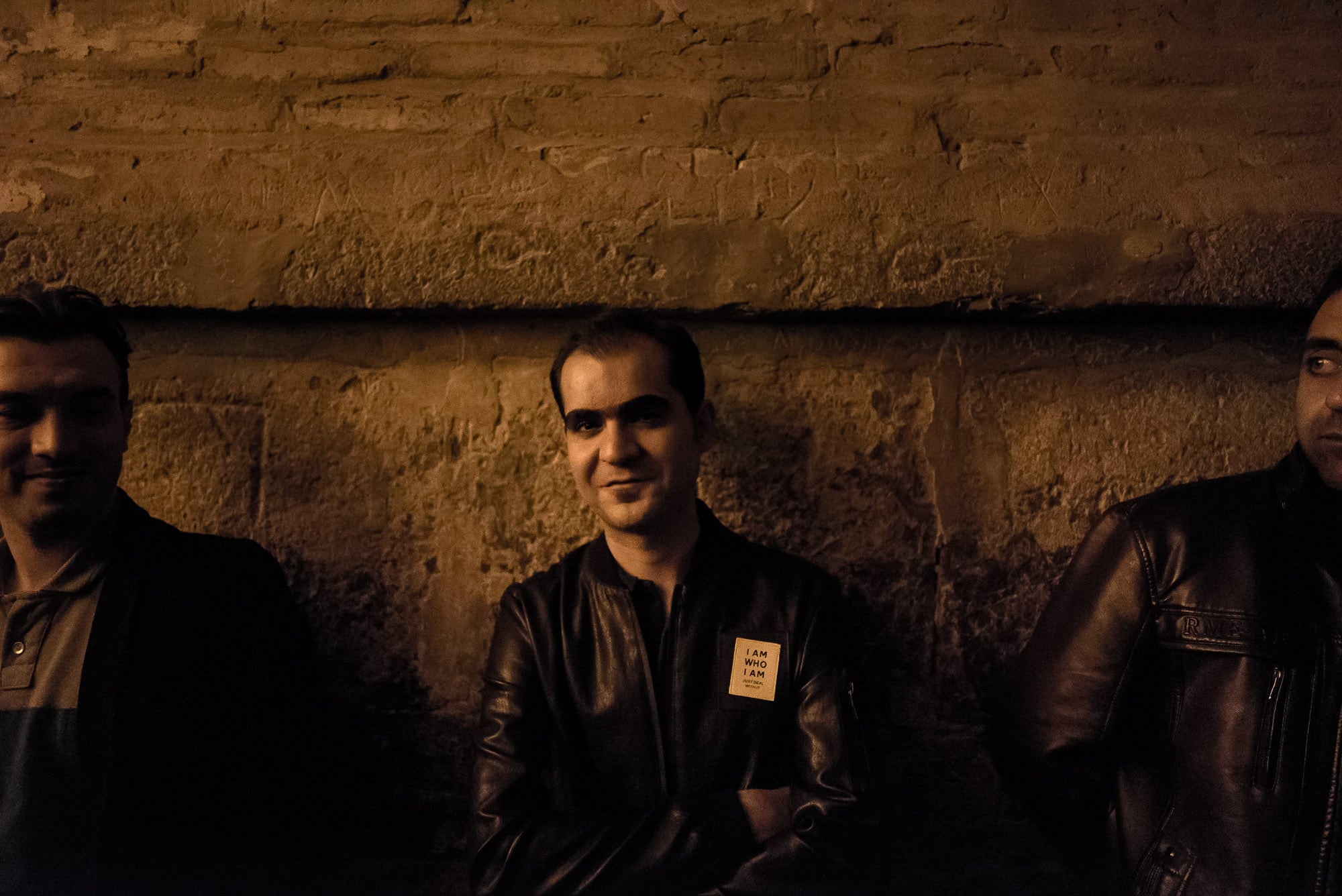 The button on his jacket said: I AM WHO I AM.