As unbelievable as it had seemed only two weeks earlier, I was about to reach the border of Iran on foot. I felt tired. I felt excited. It was like a fever.

So I left the hotel and looked back: 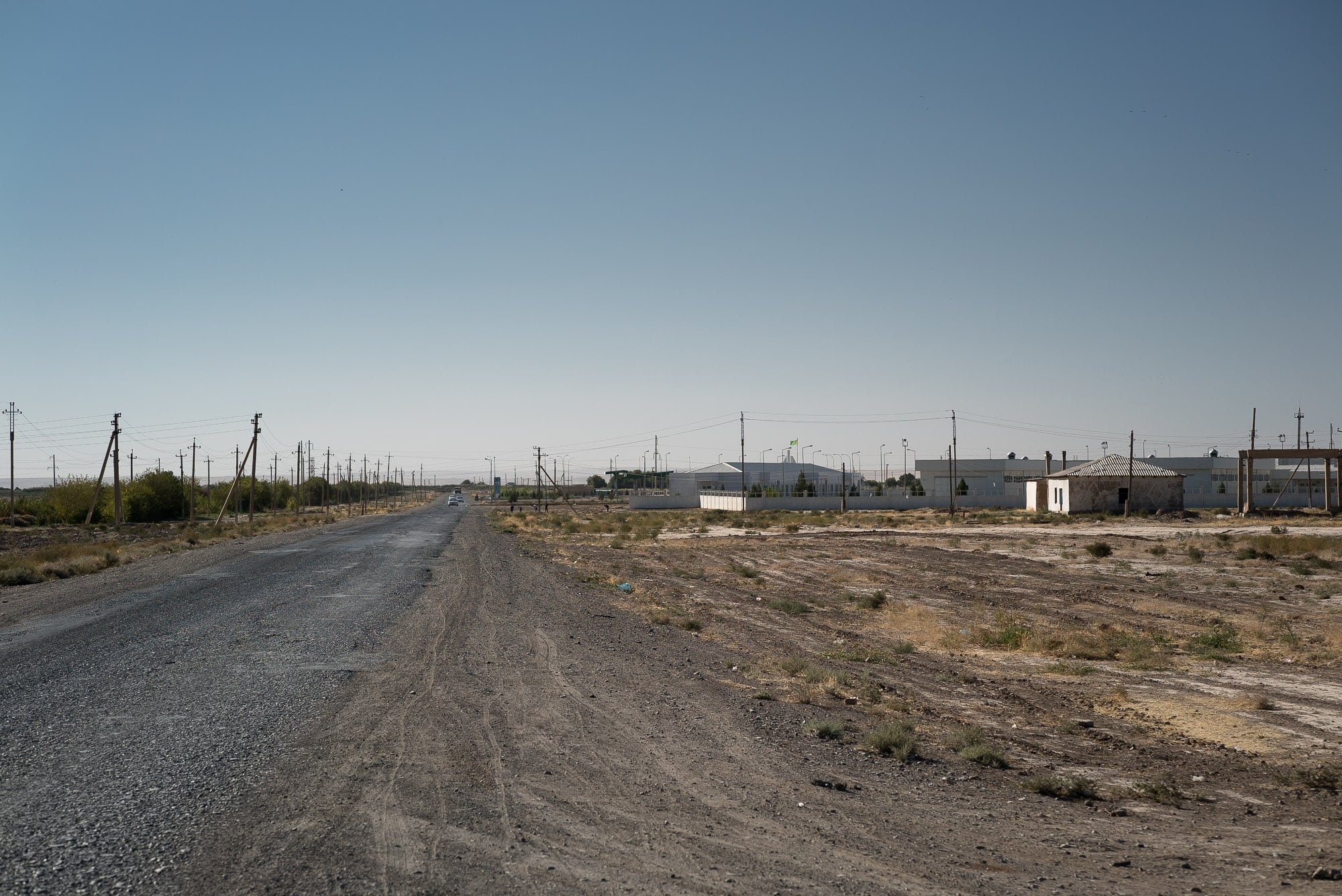 A strange place, but a comfortable one at that.

The Boss had suggested that we visit an 11th century mausoleum, which was just a little bit off our original route: 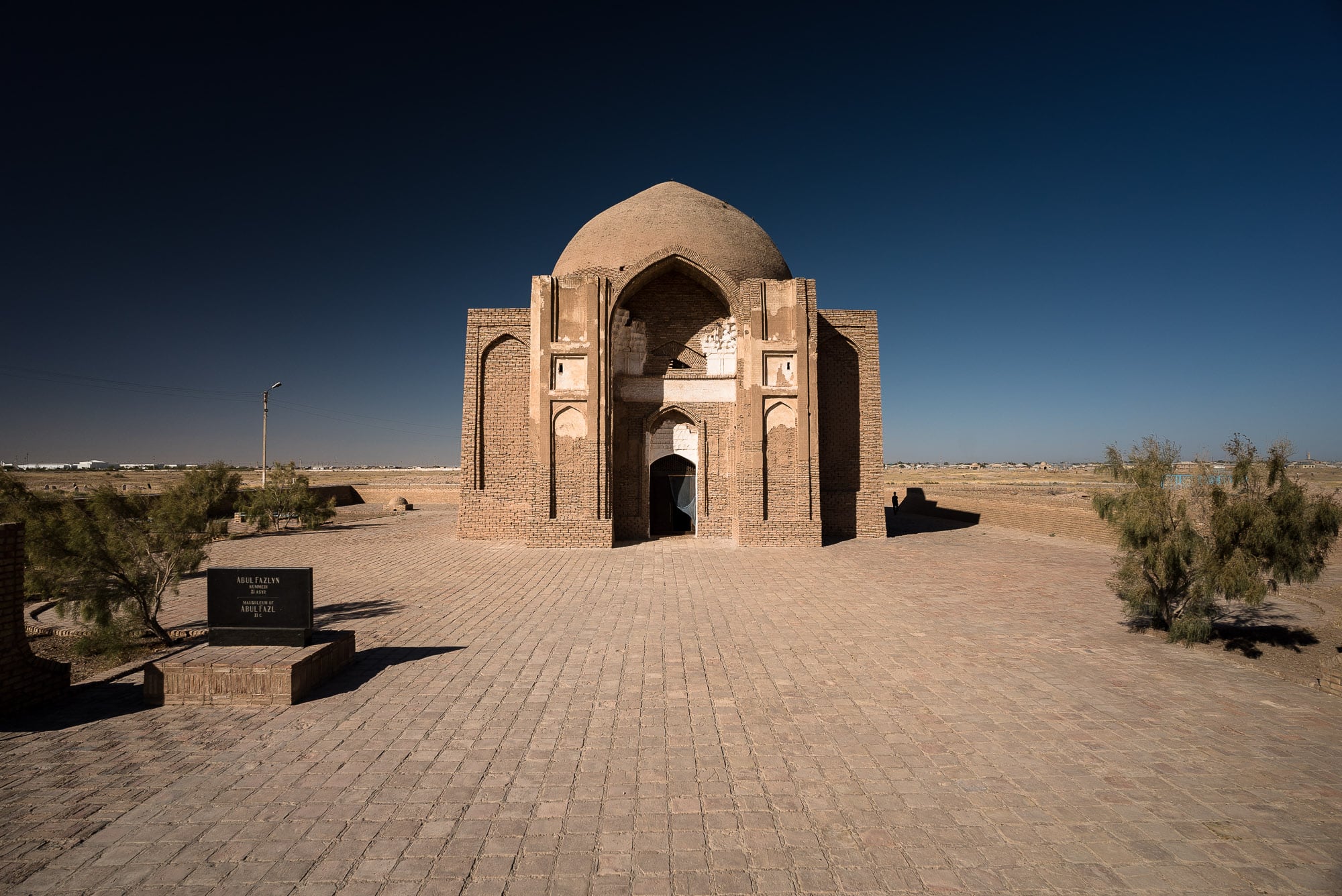 It was called Abul Fazl mausoleum, and it was awesome: 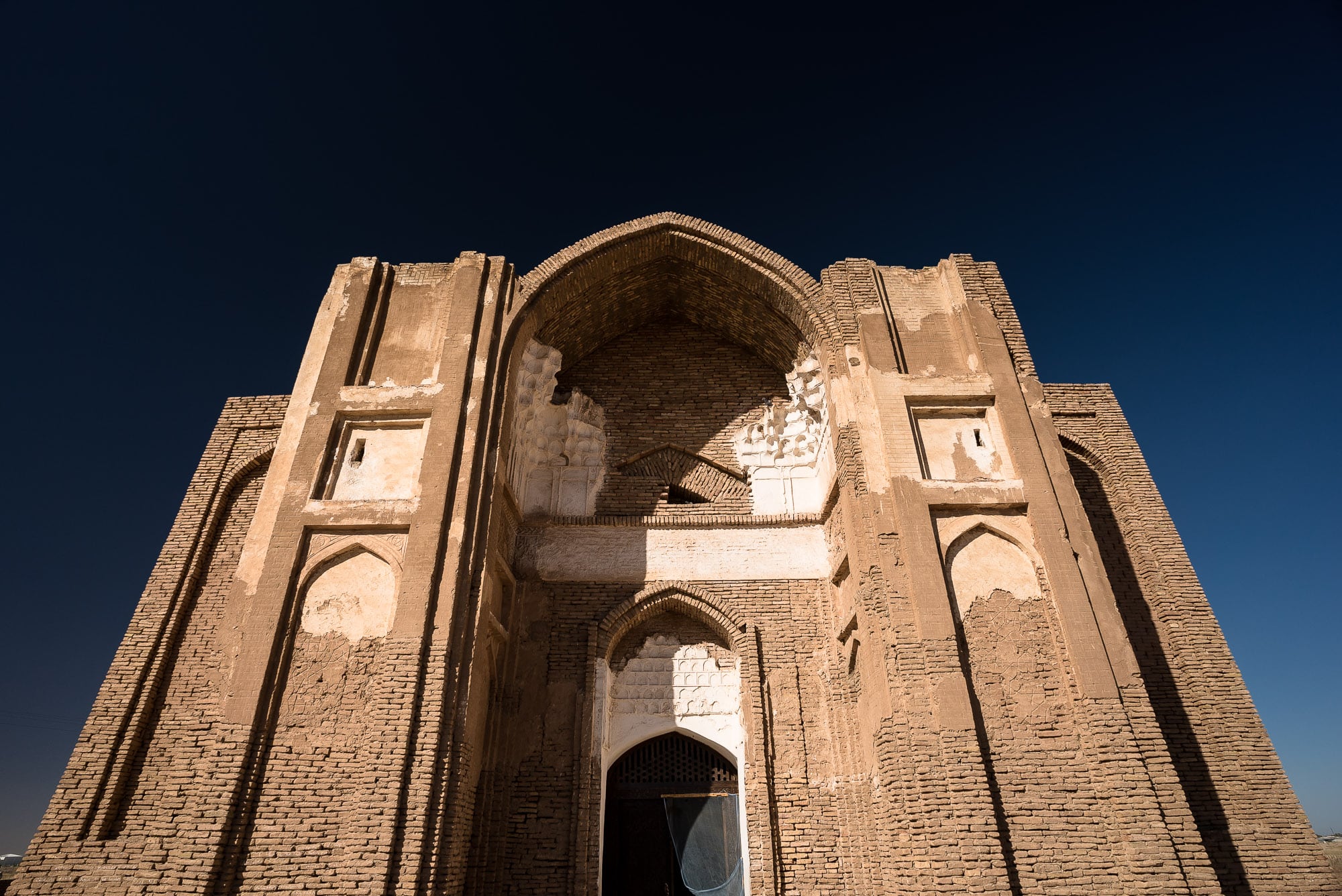 The thing is this: many ancient structures in Central Asia (and in China) have been renovated and reconstructed to a point where they feel about as old as a coffeeshop in a shopping mall. Sure, they’re pretty. But they have lost quite a bit of their original charm.

This one had a rather simple feel to it: 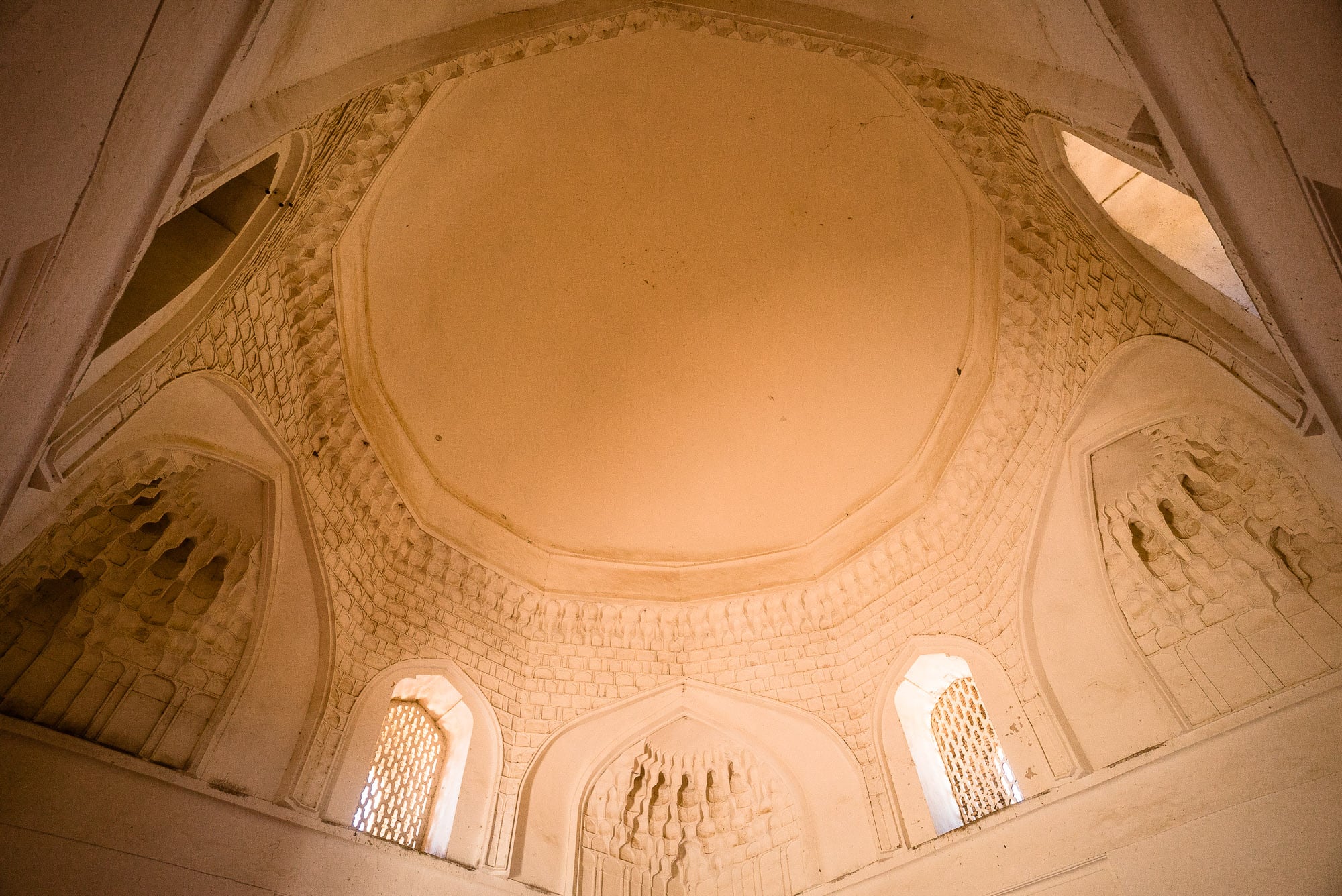 There was a sarcophagus in the center that apparently housed the remains of Sufi Abul Fazl (also called Serakhs Baba, patron of Serakhs): 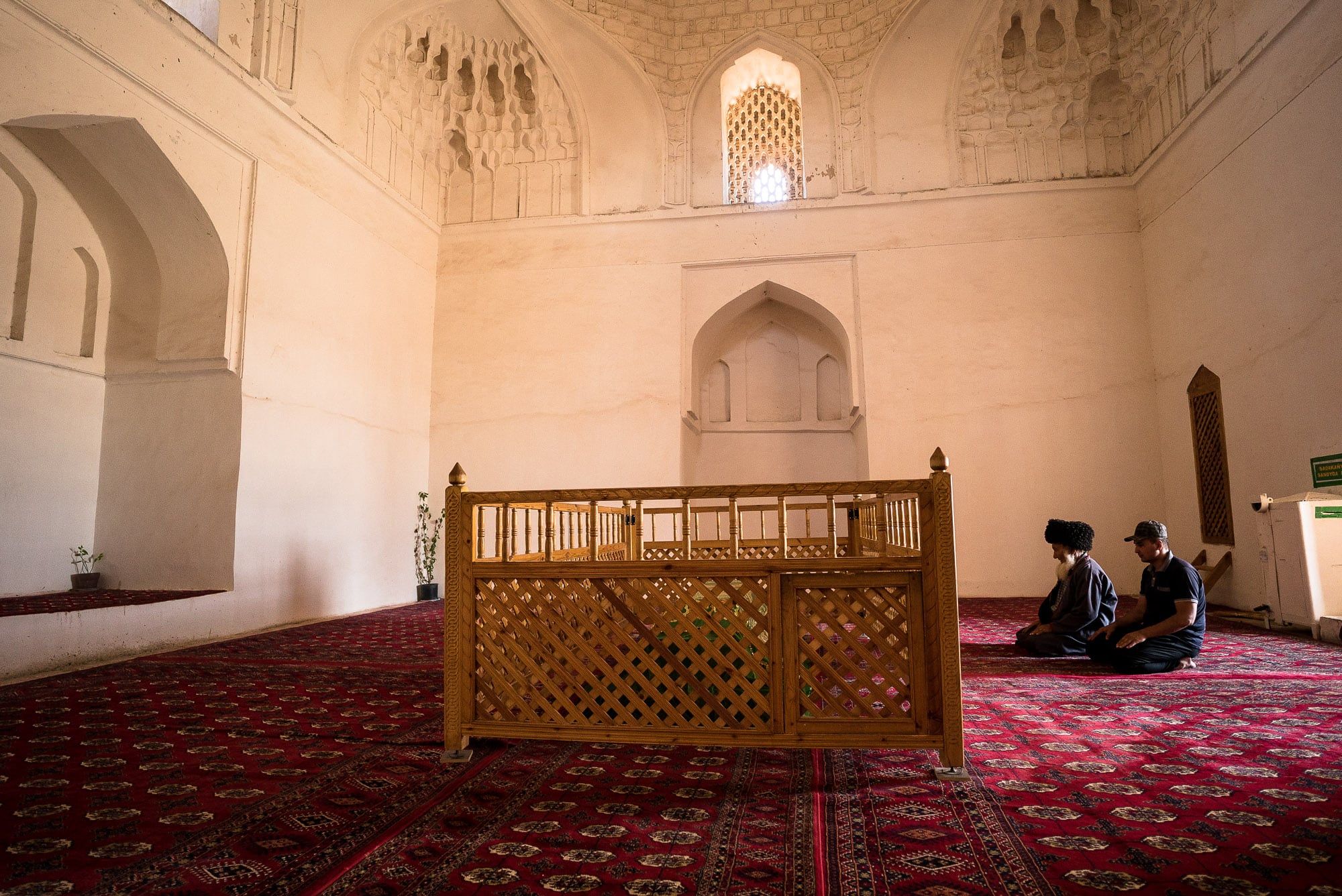 And outside, just like in so many other places in Central Asia, there were remnants of the religious beliefs that had been here long before Islam: 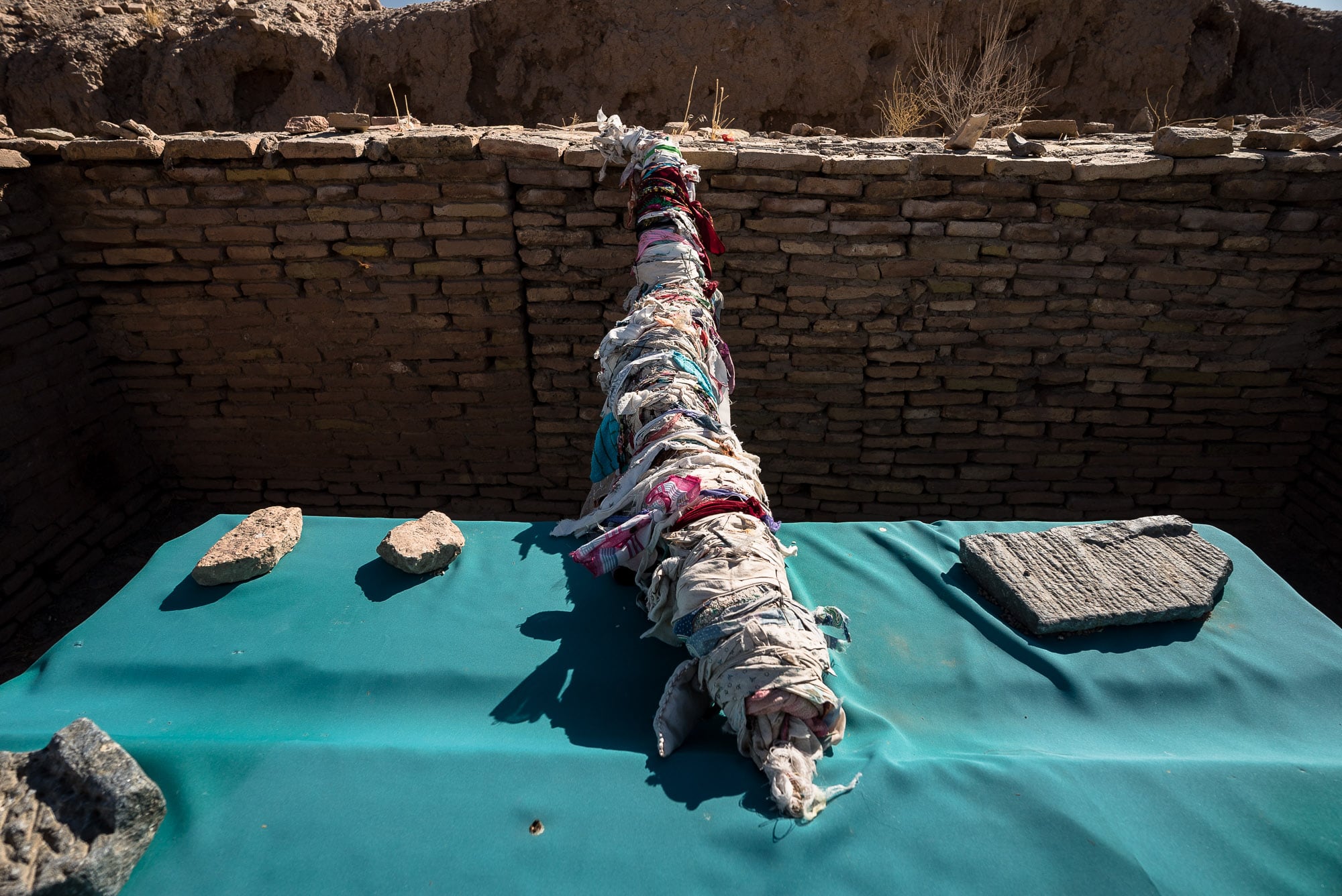 And there were the almost unrecognizable remains of a citadel that had once guarded this territory: 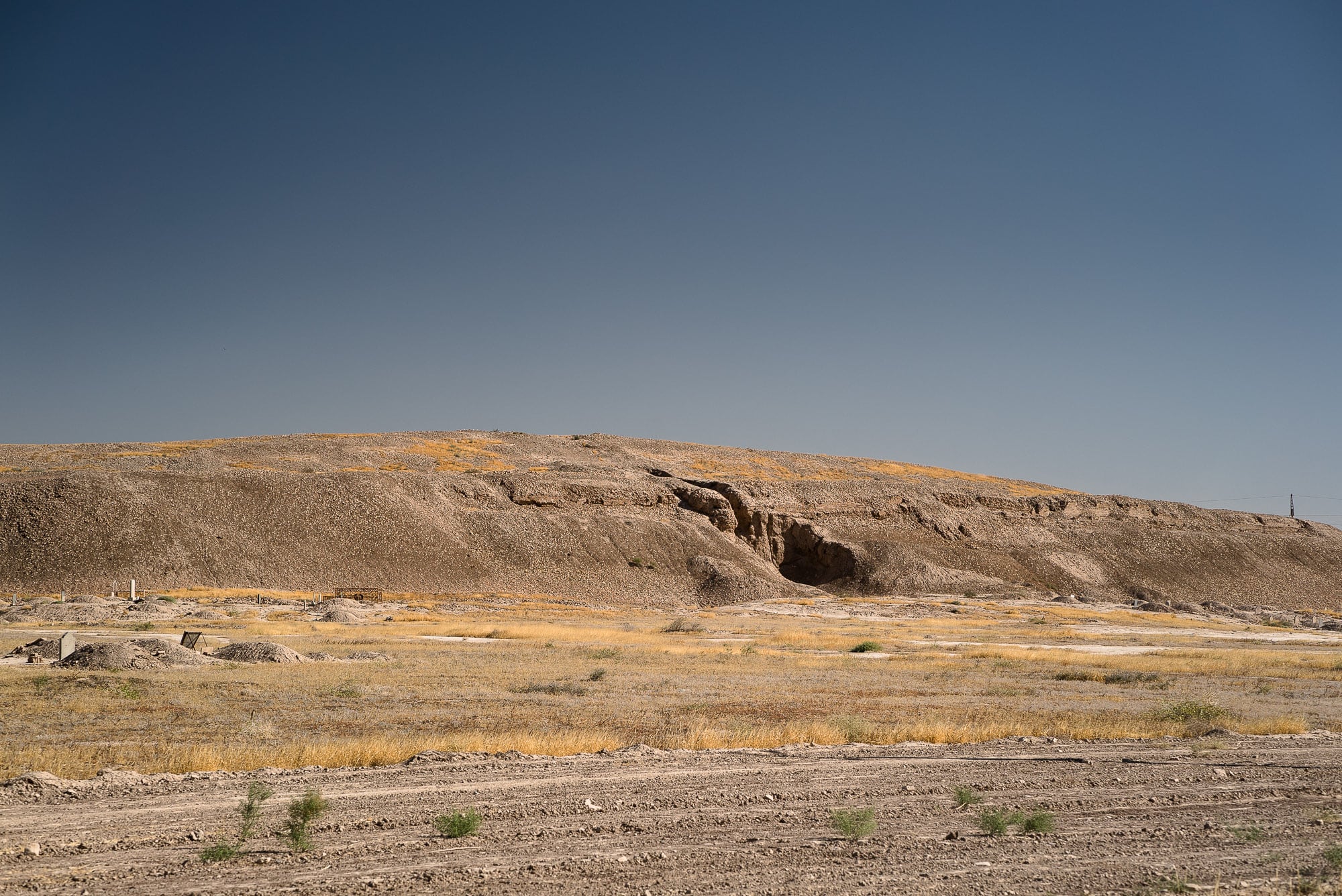 History had washed it away.

I loved the hell out of these car seats: 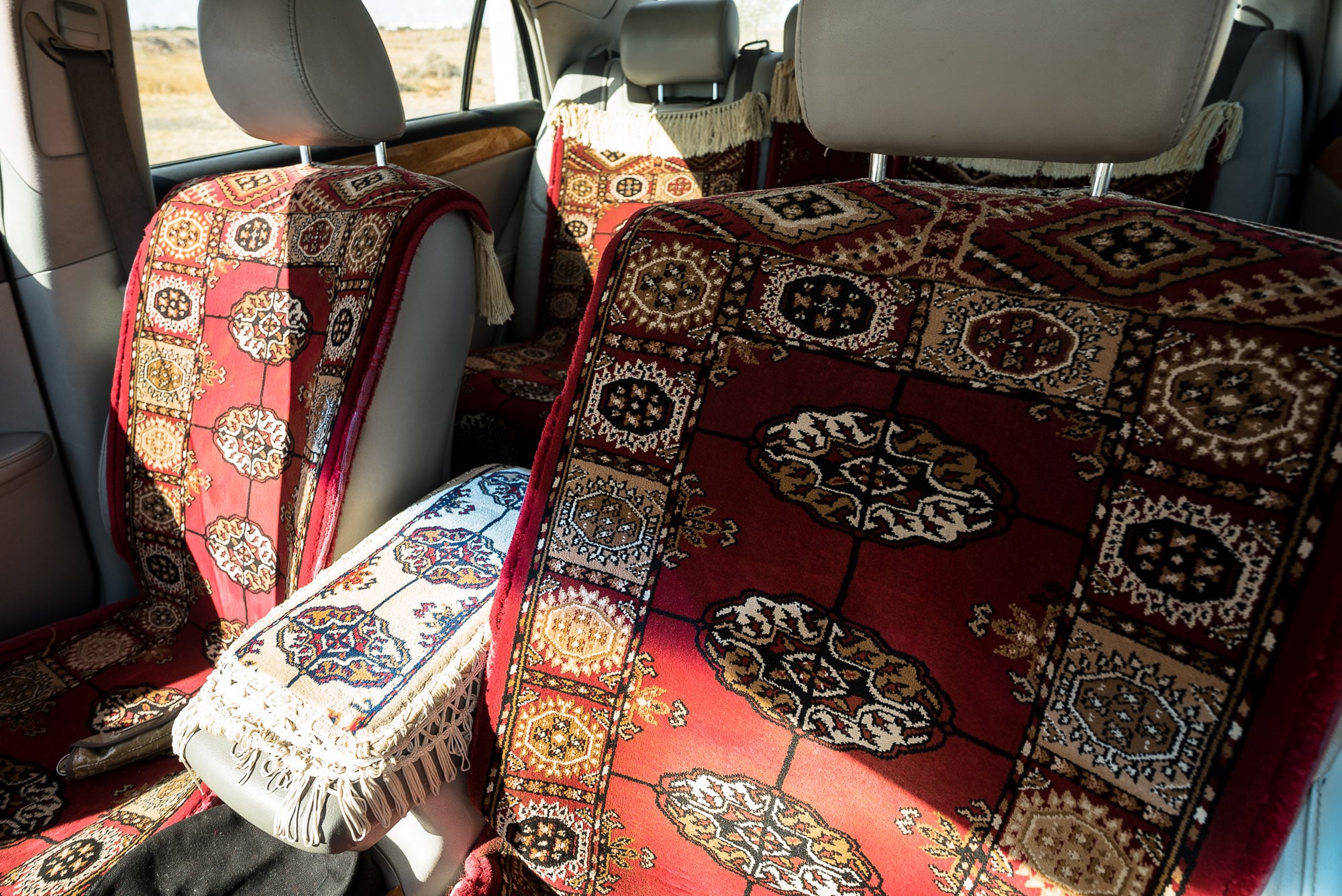 At this point the Boss got a call from the State Migration Service of Turkmenistan. He was told that it would be better if we stopped looking at mausoleums that were not on our route.

So I got on my way, and I took some photos of an ice-cream stand: 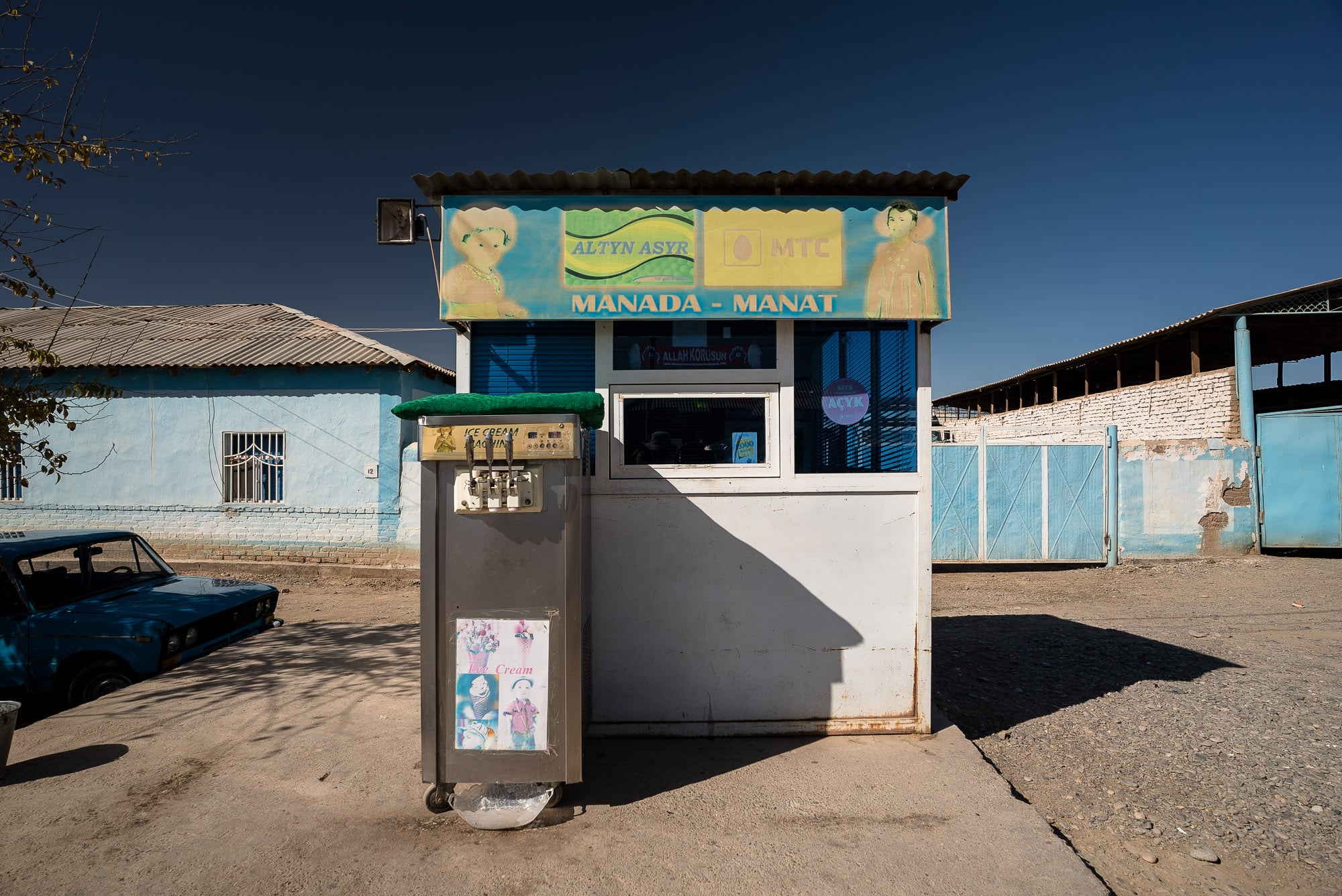 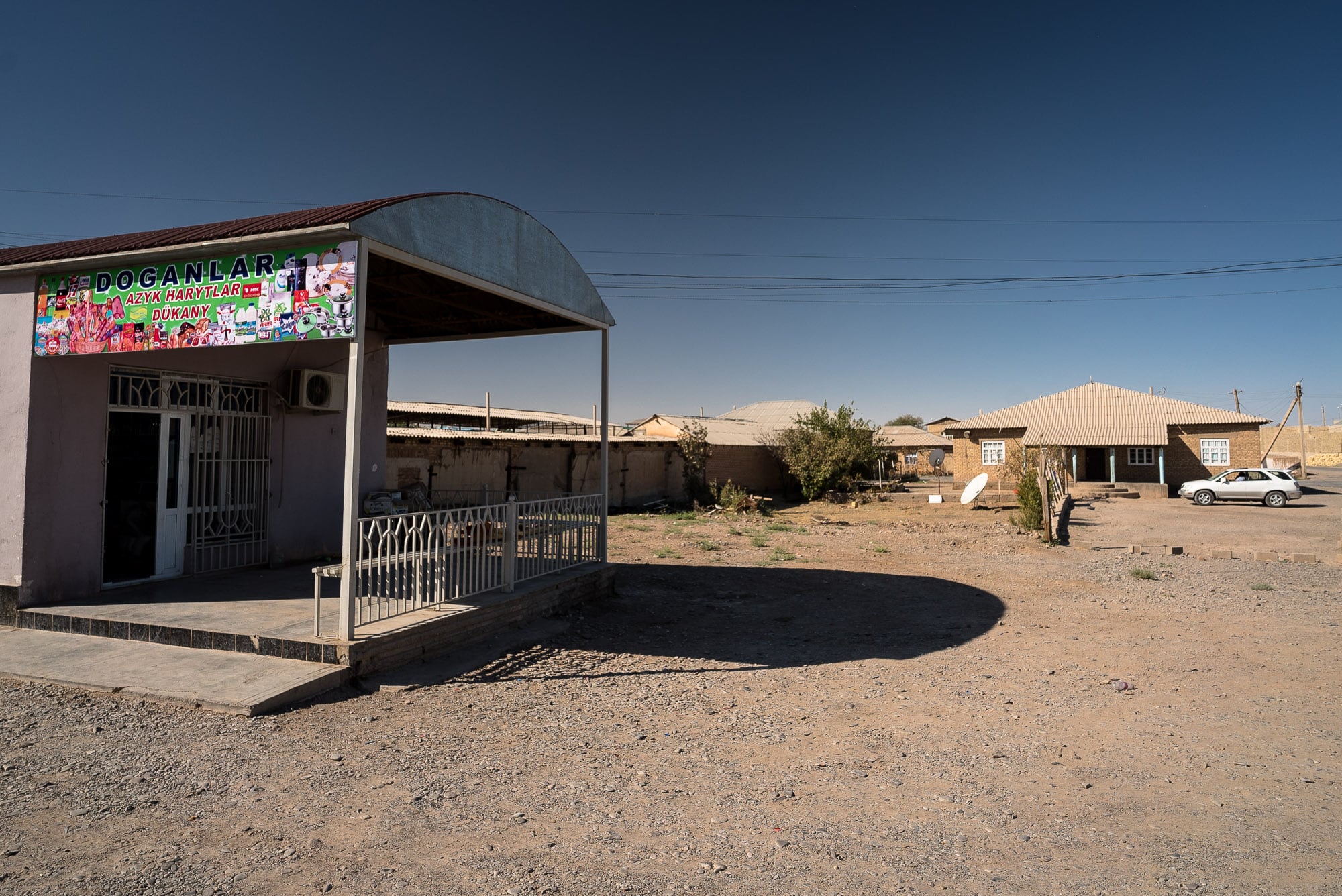 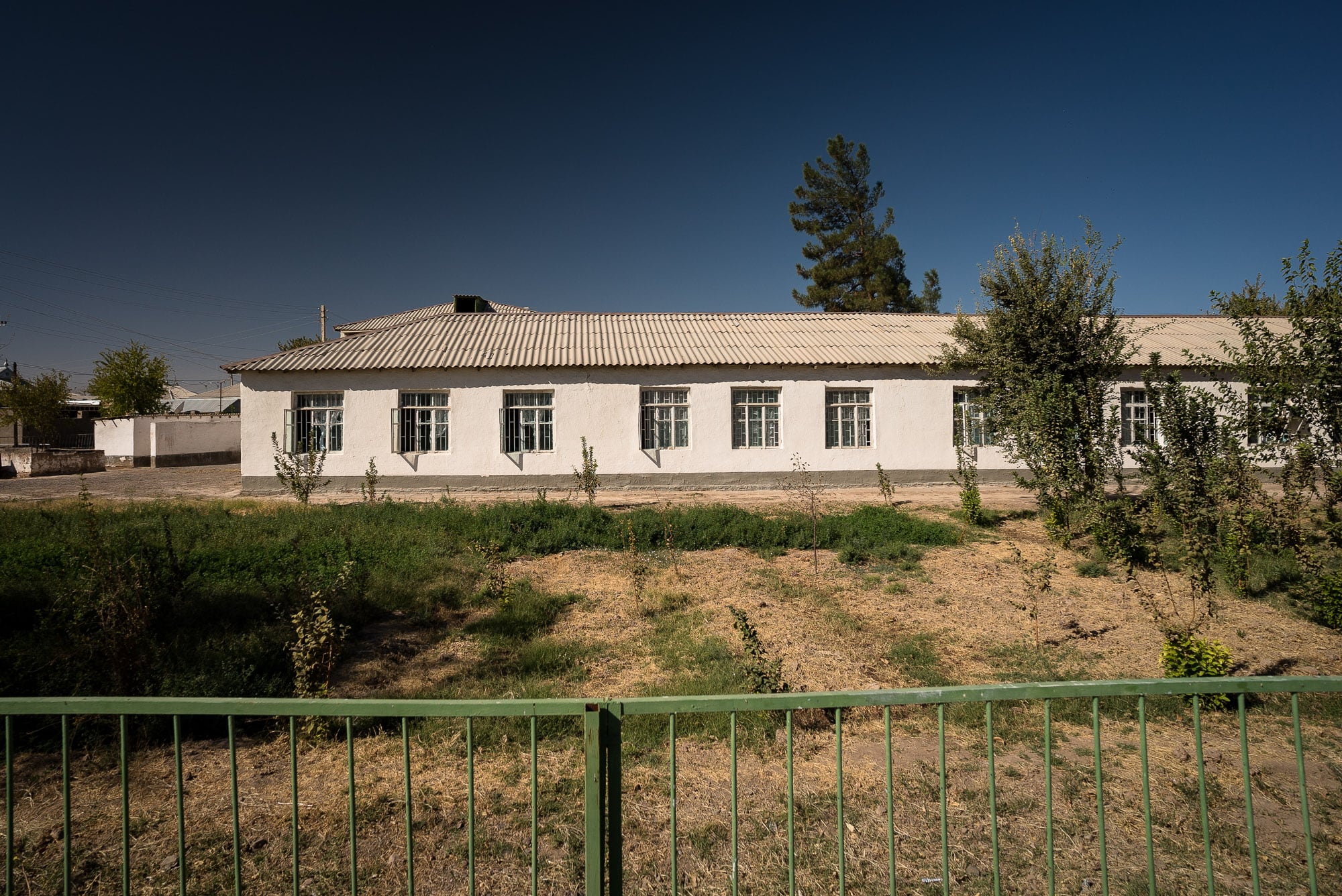 Then the Boss got another call from the State Migration Service of Turkmenistan, saying it would be better if I stopped taking photos in the city.

So I kept walking. At one point I sat down to take a short break, and a gentleman appeared and said he was from the State Migration Service of Turkmenistan. He wanted to know who I was and what I did. I told him. He wished me good luck for the rest of the way. I asked him if I could take photos outside of the city.

He smiled and said it would be better if I didn’t.

I walked very very fast after this. When I reached the border, the Boss and the Don were there, and we went to a restaurant that was in the customs area. It was full of military, all of whom were very friendly.

We took our last selfie together, the Boss, the Don, and I: 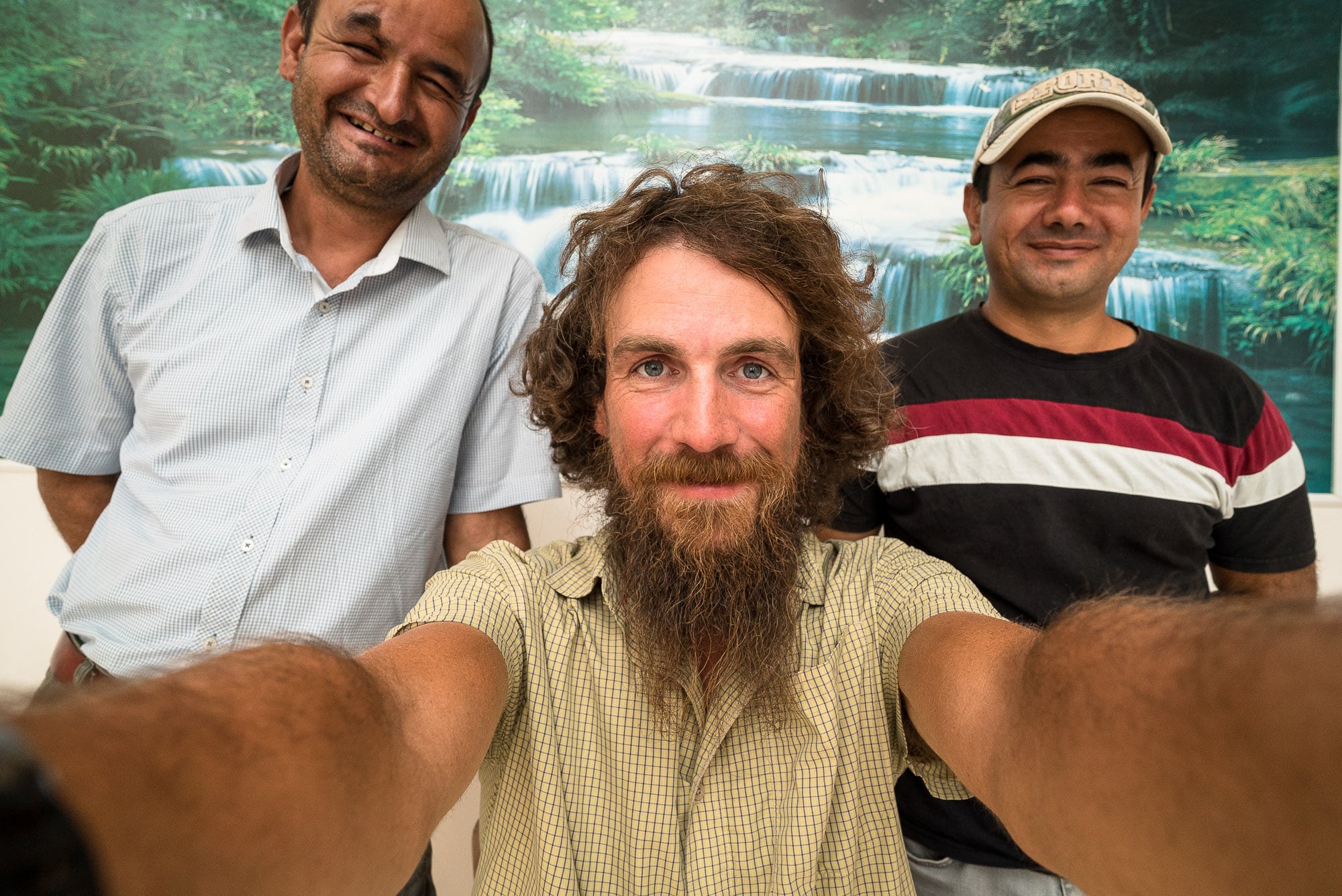 Then I went into the border. It took about two or three hours all together. I had to fill out a bunch of documents on the Turkmen side, and we took a general look at my belongings. A few doors had to be unhinged for the Caboose to pass through. Everyone was very nice.

An old gentleman appeared and told me I wasn’t allowed to walk the two or three kilometers between Turkmenistan and Iran. I had to take a bus. I said no. He said yes. A soldier appeared and said I had to take the bus. I said no. He said yes. The soldier made a call on his two-way radio. Then he said it was okay, I could walk. So I did. There were fences, and between the fences, there was a winding road. Then there was a bridge with the flags of both countries, and then I was on the Iranian side. Almost everyone had beards there. They gave me tea. Then we looked through my stuff. Did I have whisky? No. Other alcohol? No.

There was a quick health check, during which I asked if I could use their scale: 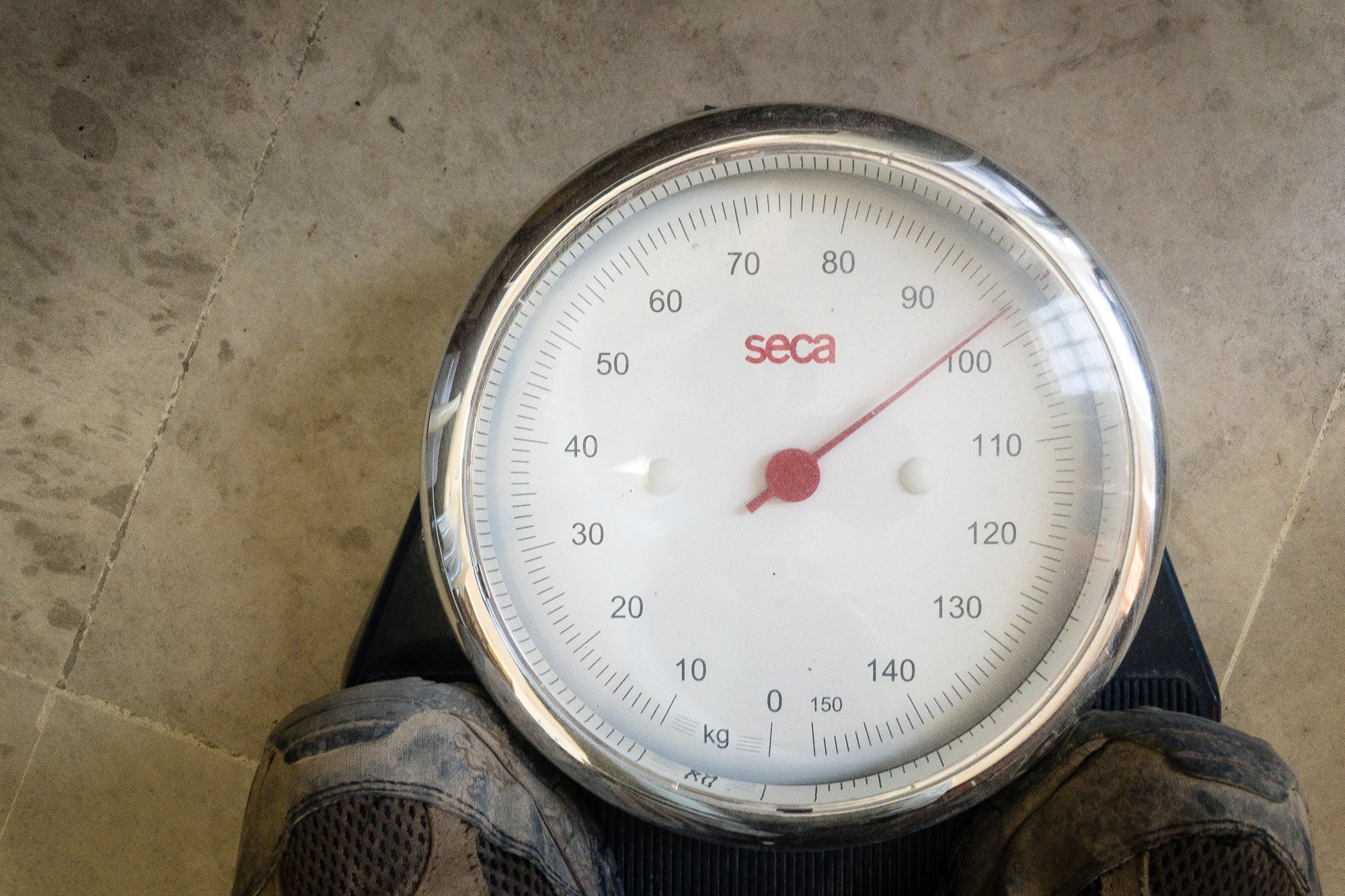 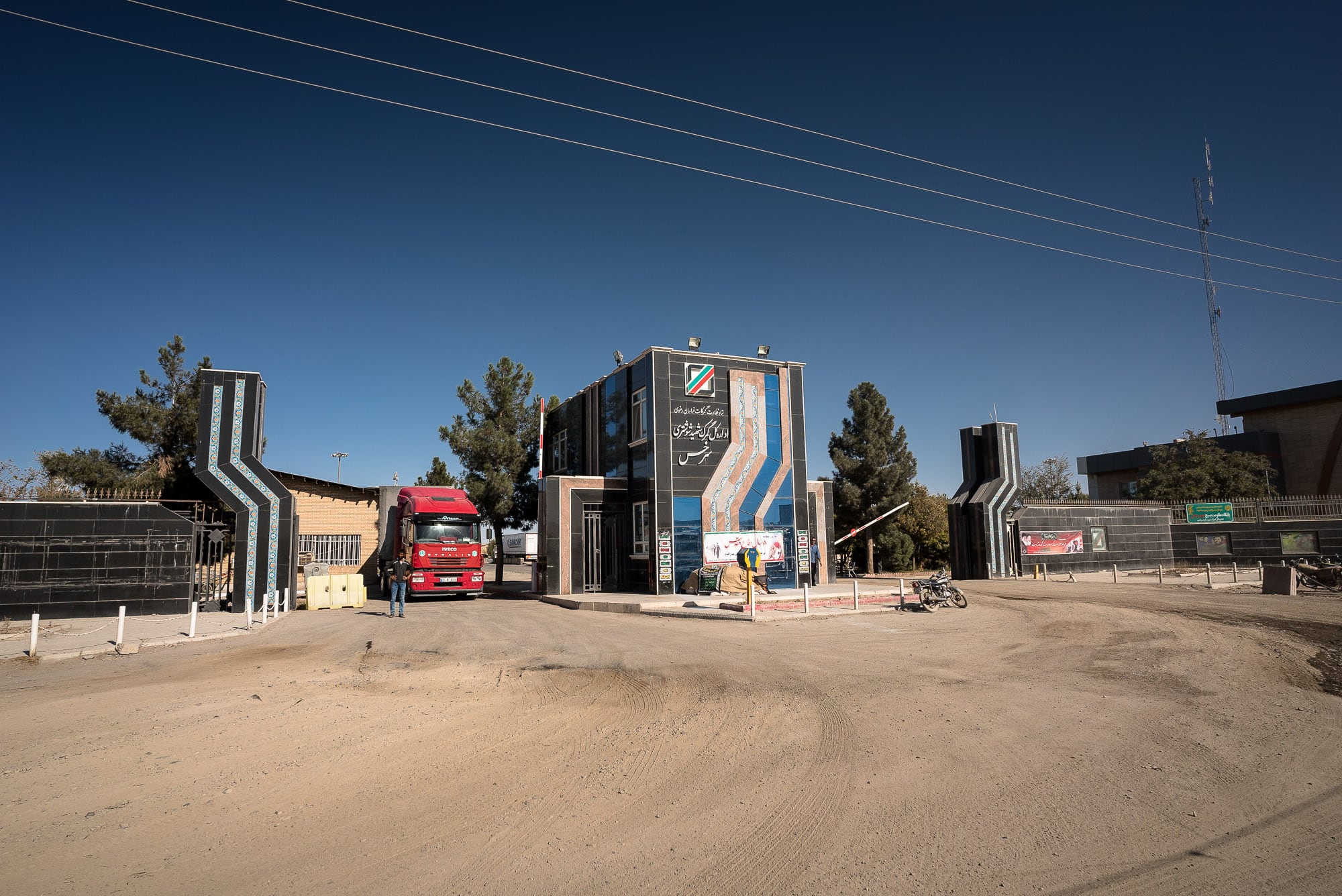 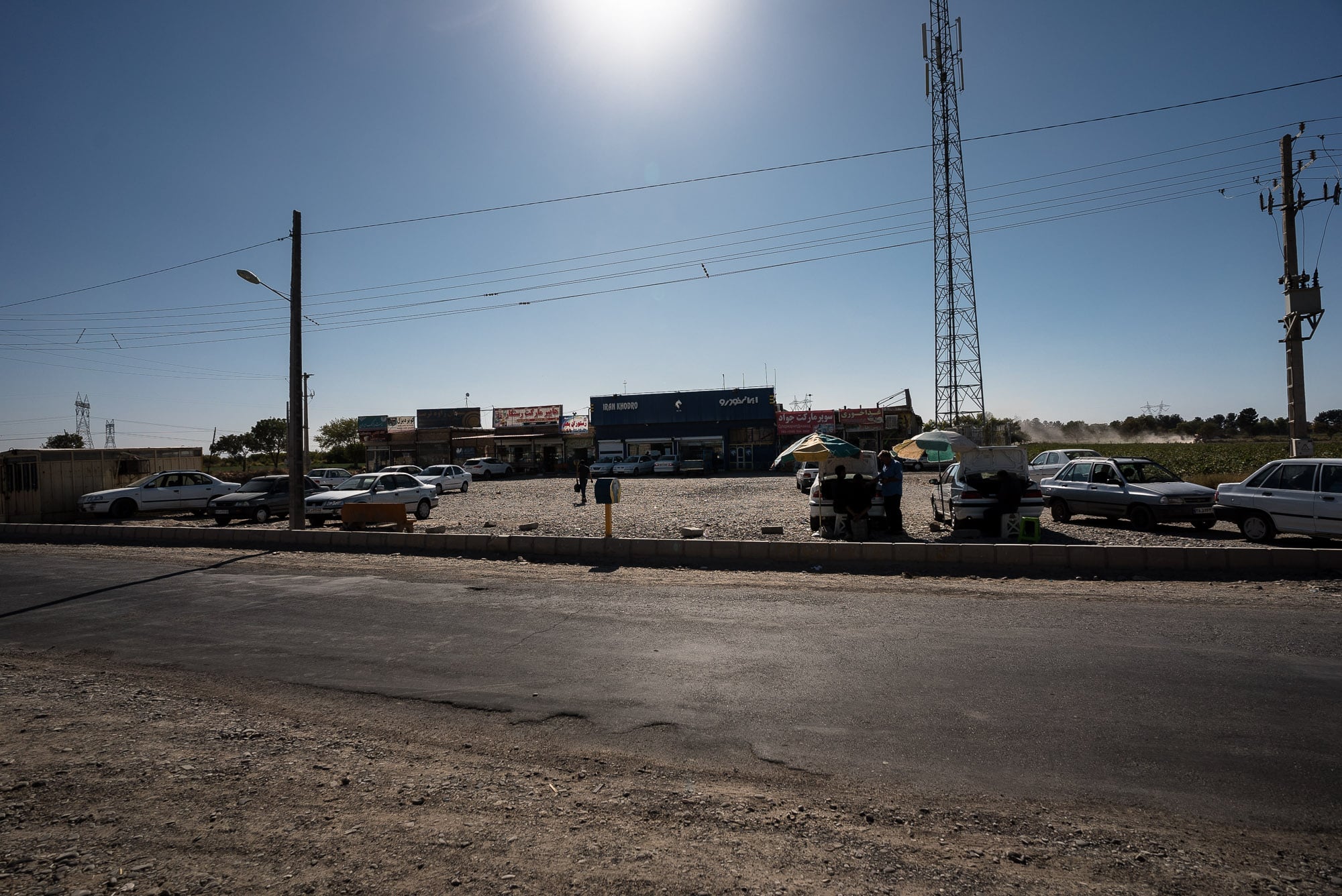 I walked down a road towards the Iranian city of Sarakhs (its Turkmen sister on the other side of the border was called Serakhs), and when I looked to the right I saw a mosque: 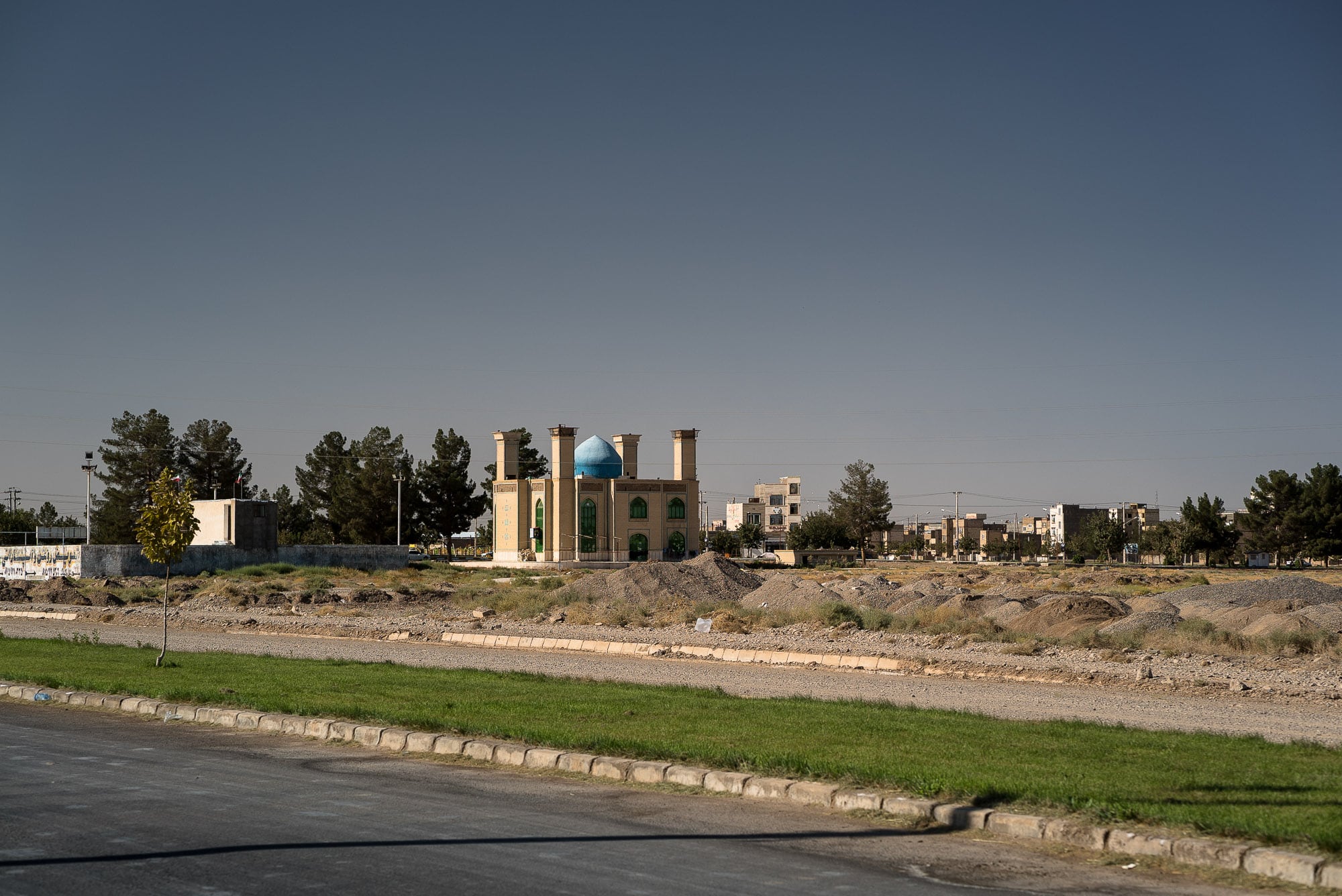 It was only a kilometer or so until I reached a massive hotel: 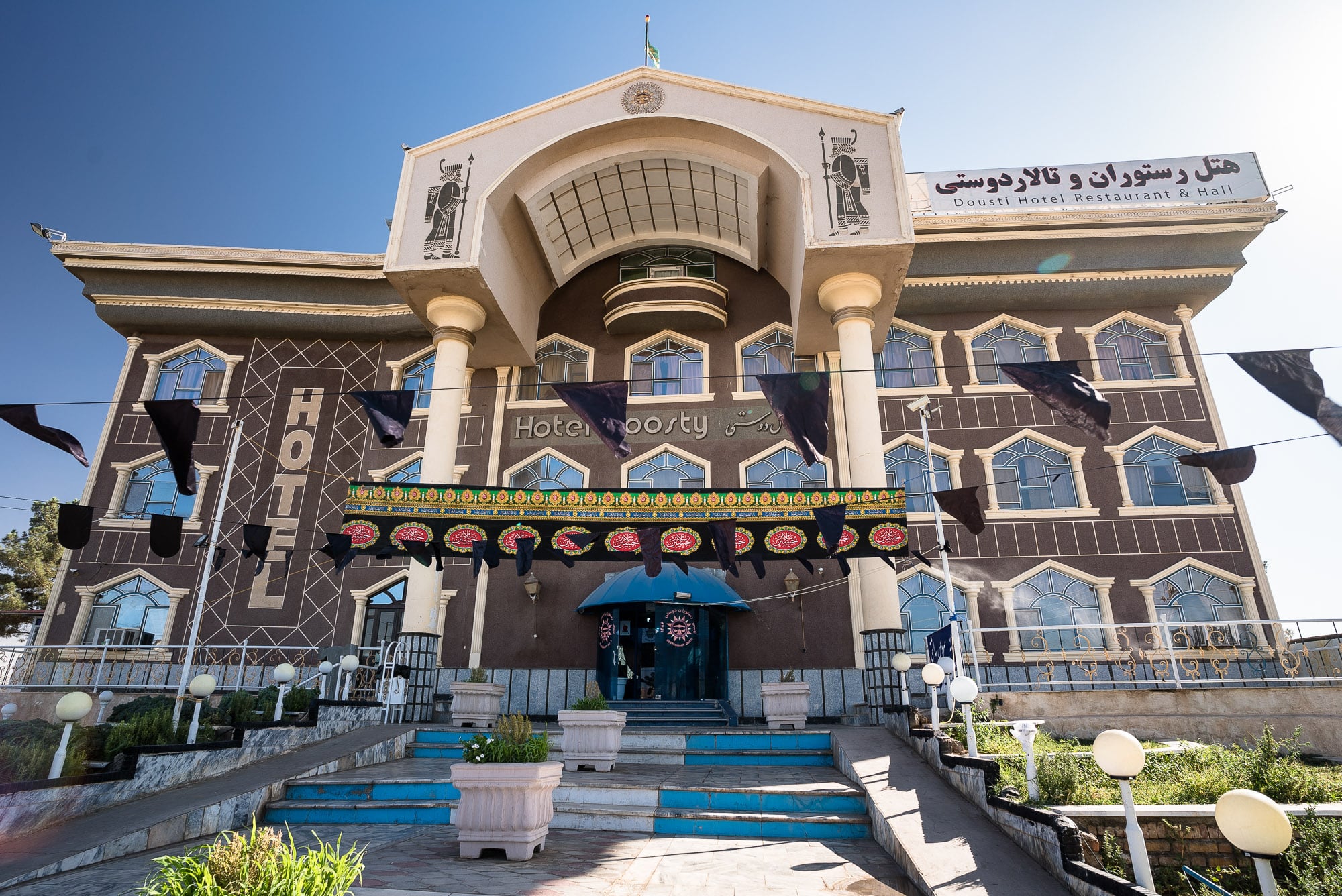 Here’s the Let’s Walk video of that walk:

But alas! I had no Iranian money with me, and the hotel wouldn’t accept dollars or euros, so I had to turn around and go back to the border in order to change there. I did it in a small shop: 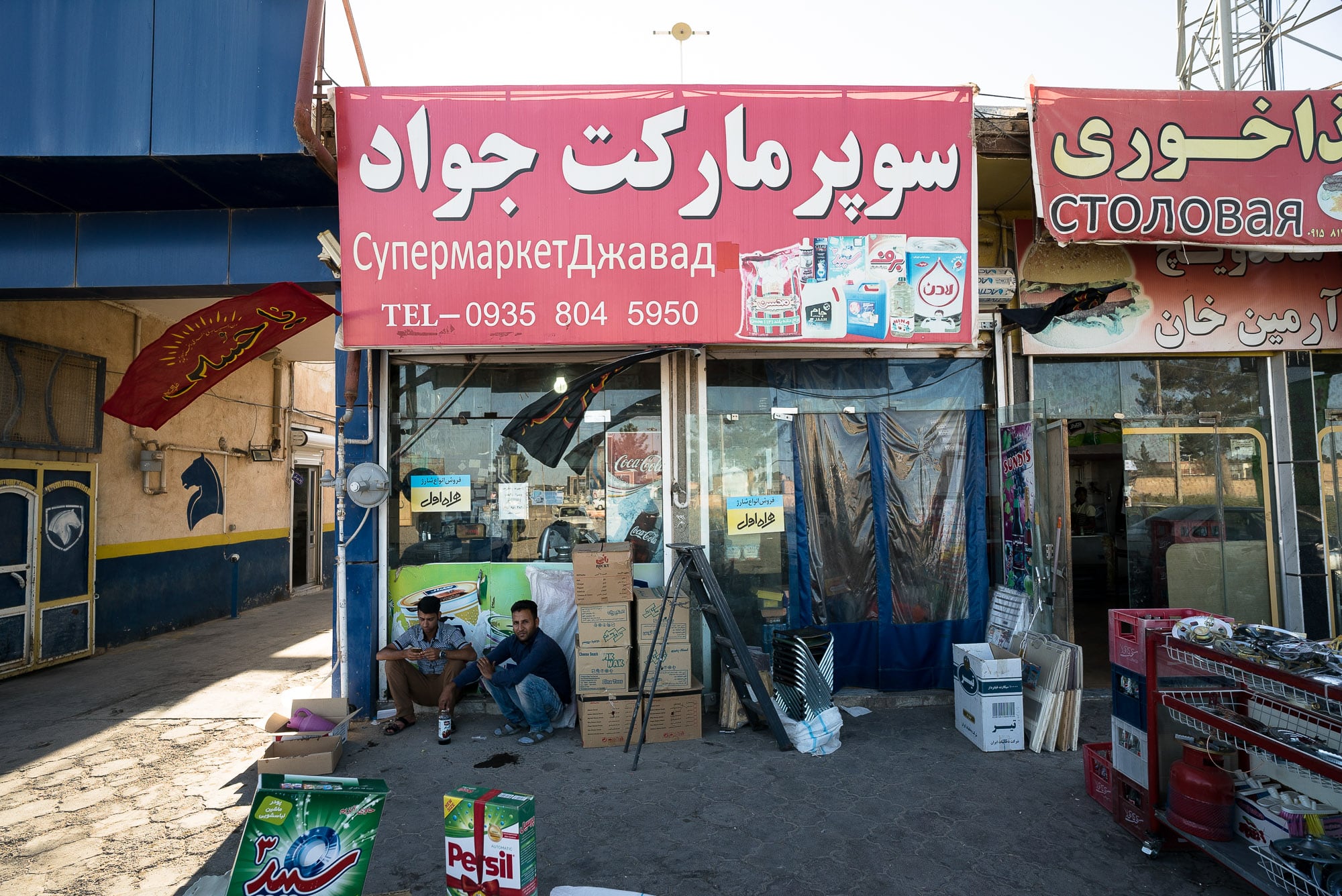 And once I had my Rial, I bought a cup of Safran ice-cream: 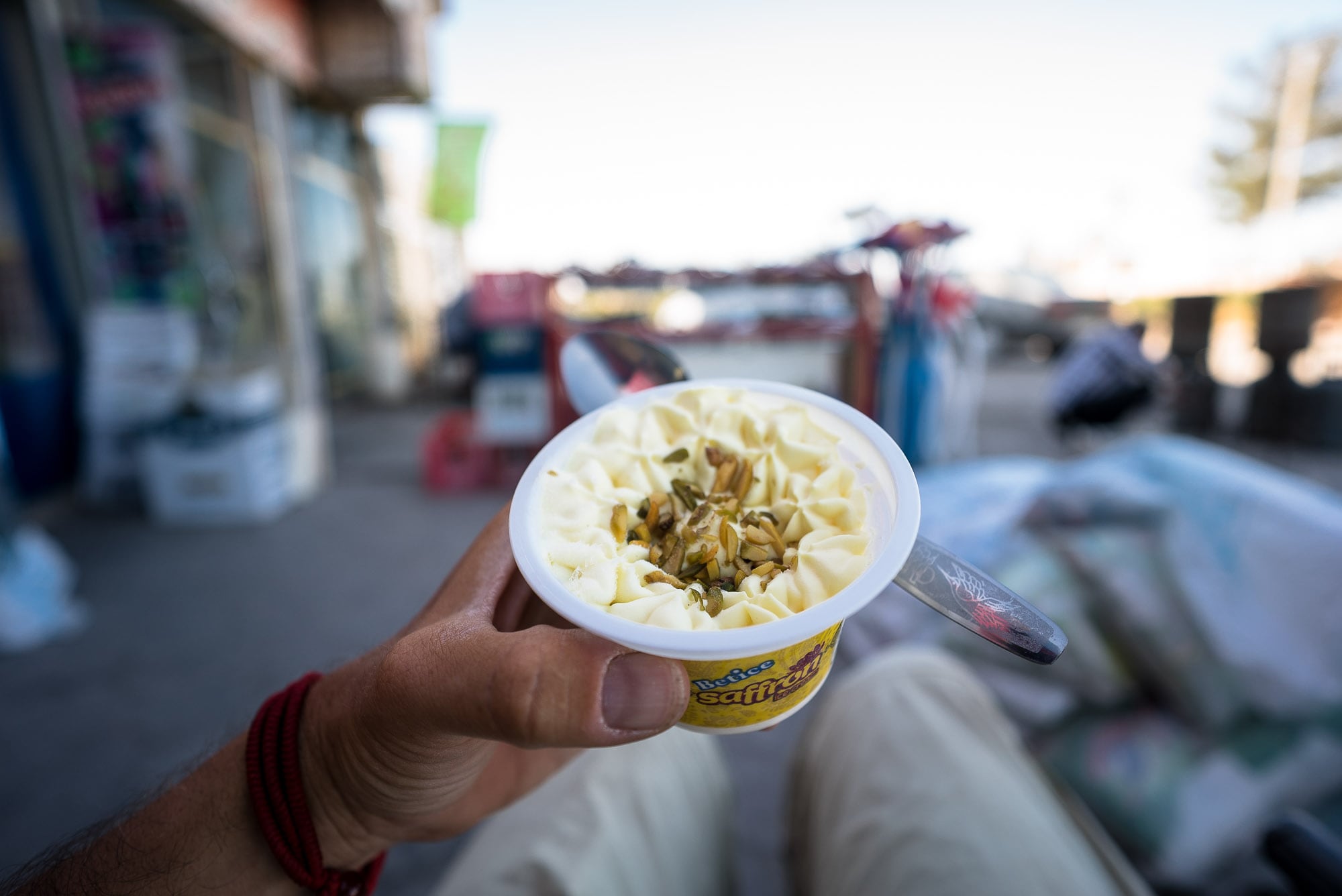 Day 877
from Serakhs to Sarakhs