When I woke up, Nang was still there, and after I started walking… 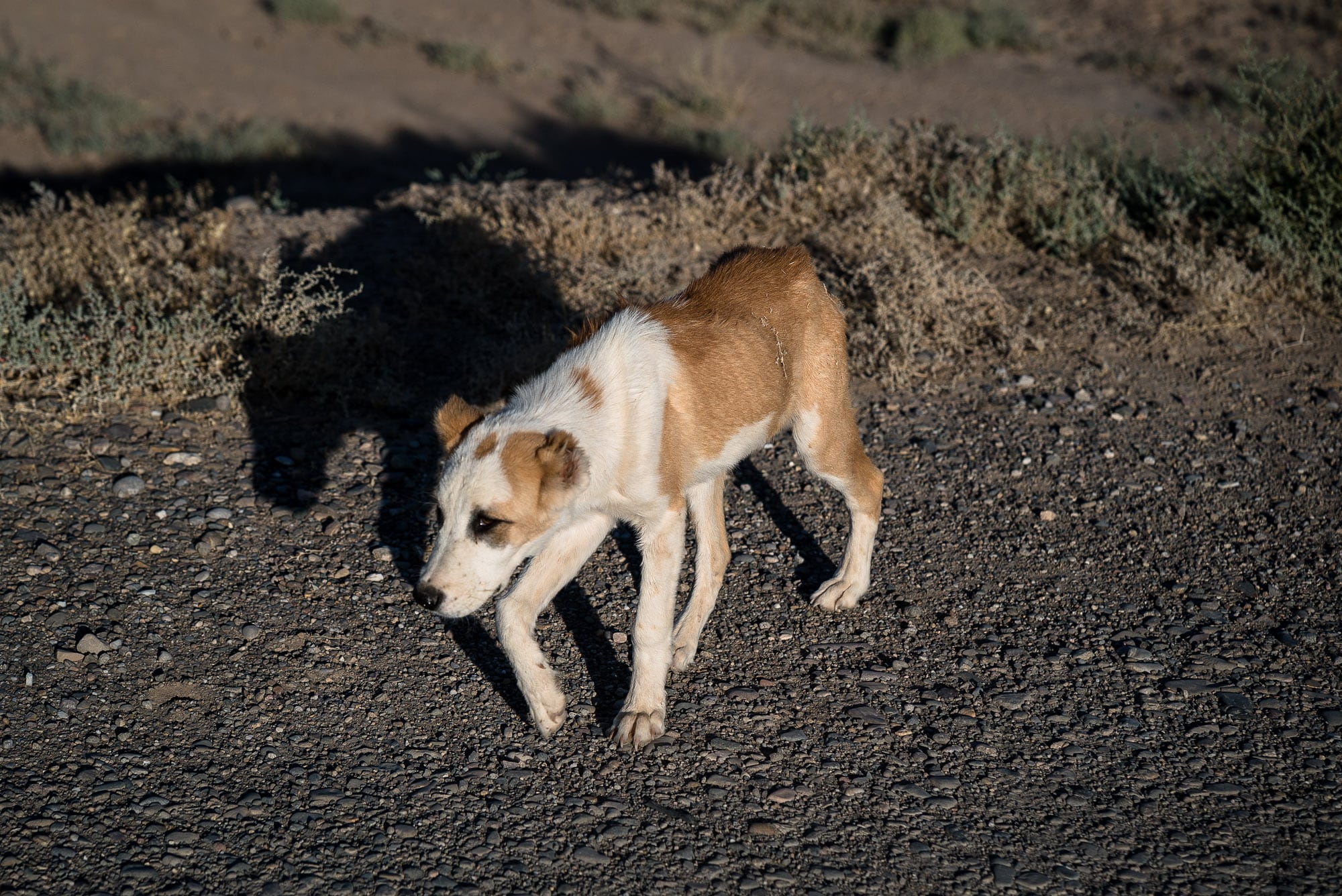 …he decided to come along!

I could hear his little paws follow me on the asphalt, and every now and then I would stop to give him some water and pet him. We were walking together, Nang and I.

It lasted for six or seven kilometers. Then we ran into a few shepherds with their herd: 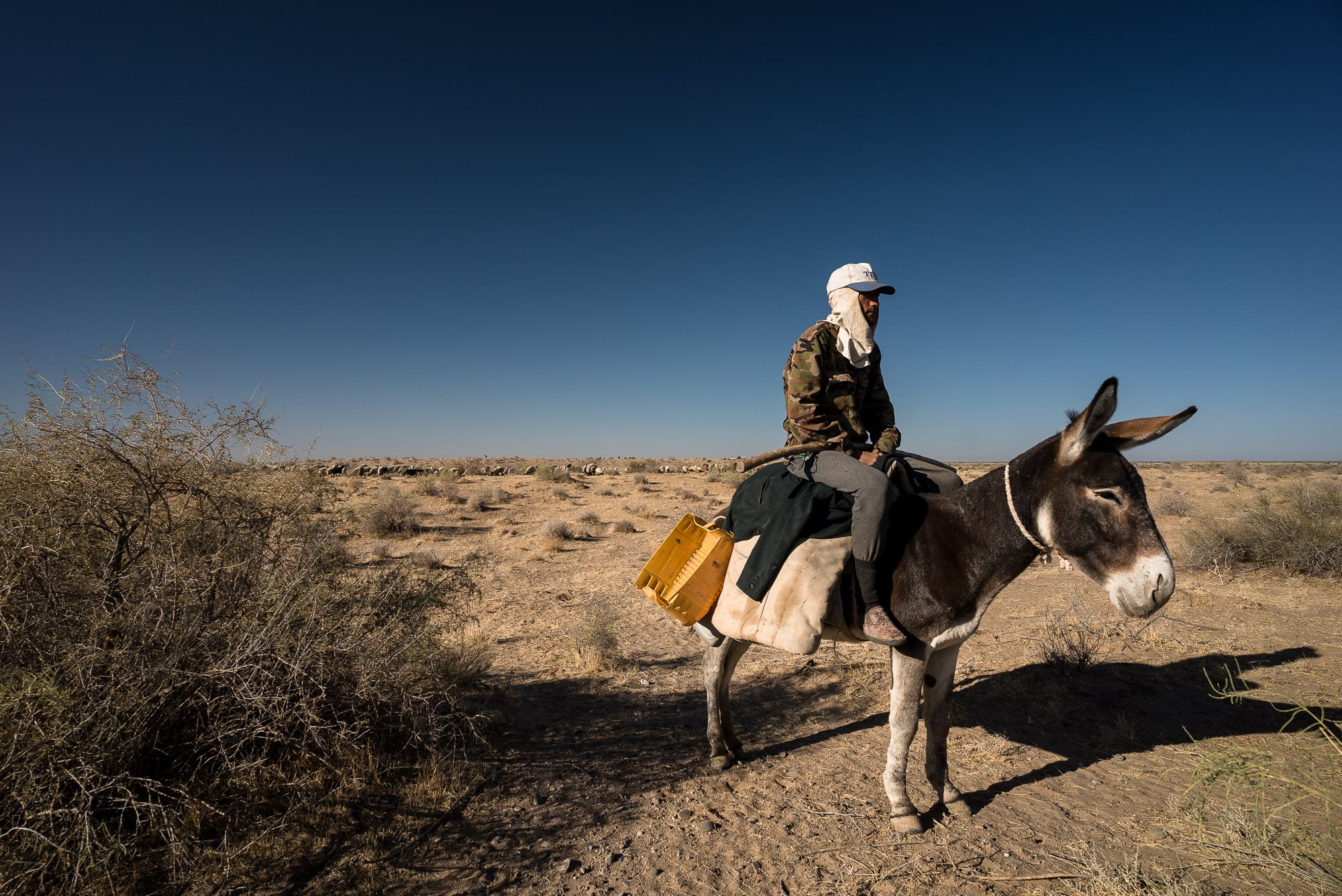 They said they had only a rough idea where Nang was from, and that they couldn’t take him, because their own dogs would probably “eat” him. Something in me rejoiced when he said this.

But then their dogs came over to meet Nang, and, since he was still a puppy, they seemed to like him.

So Nang ran off with them, into the herd: 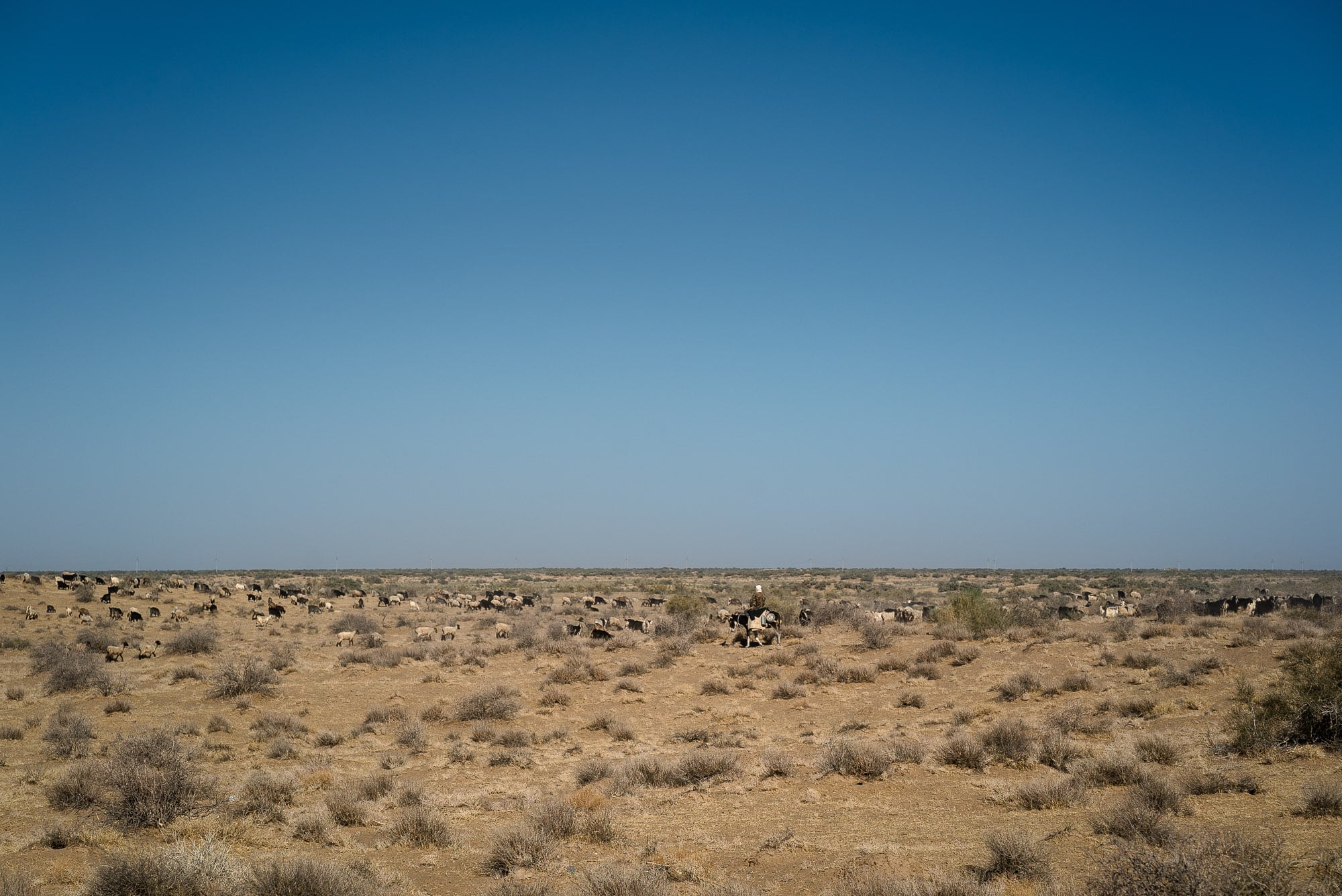 I walked in sadness for a while. 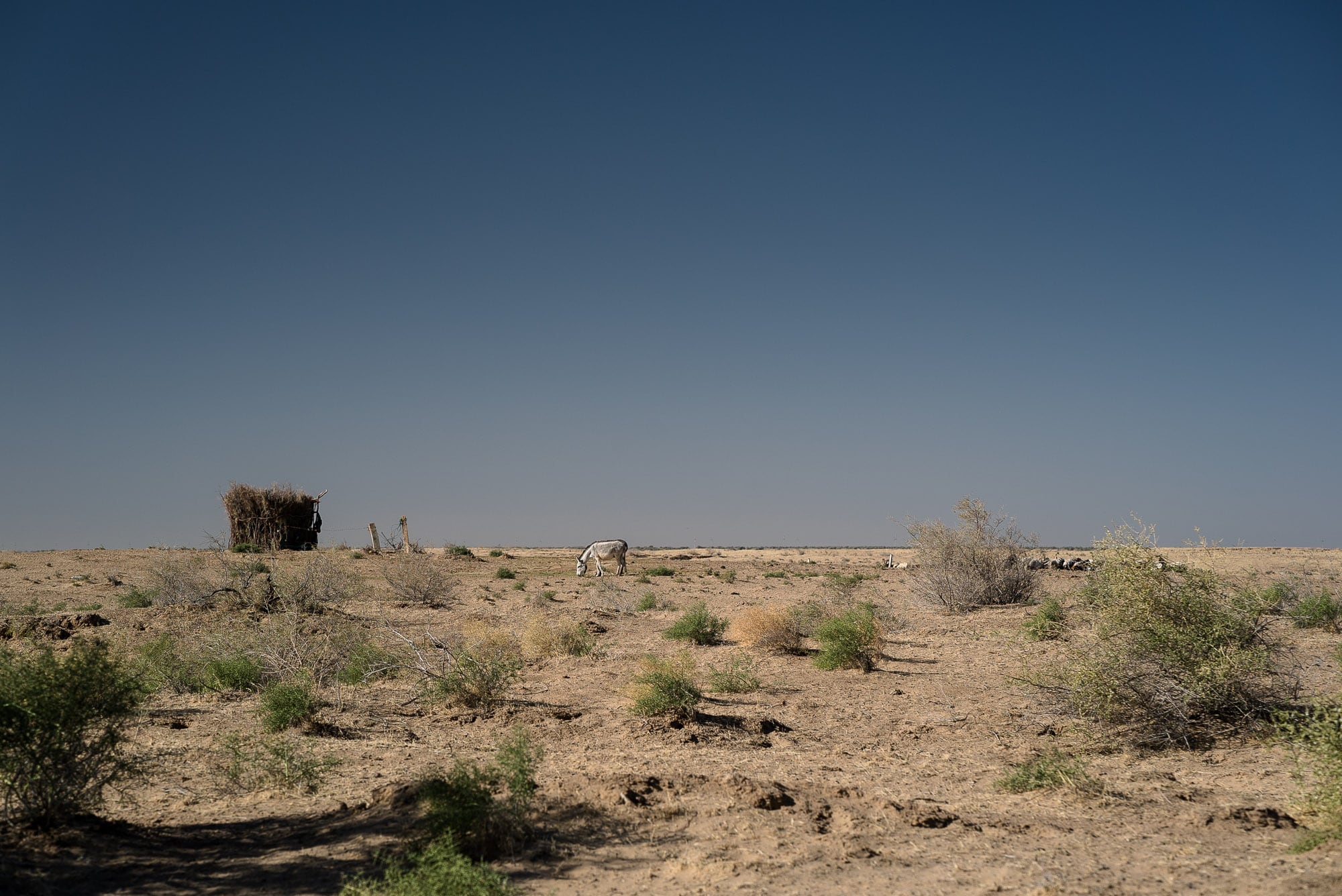 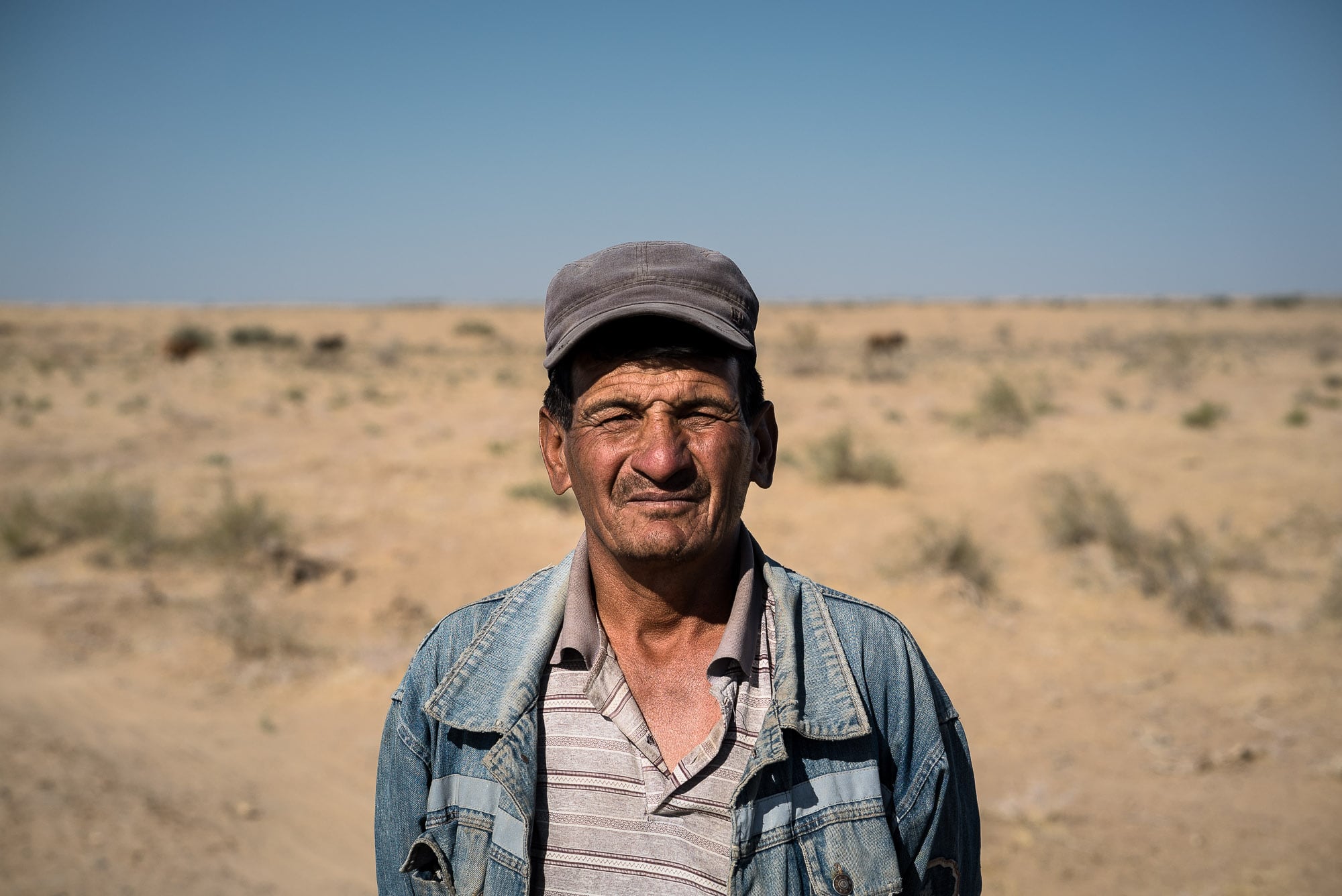 Saw one of the mysterious “desert artworks”: 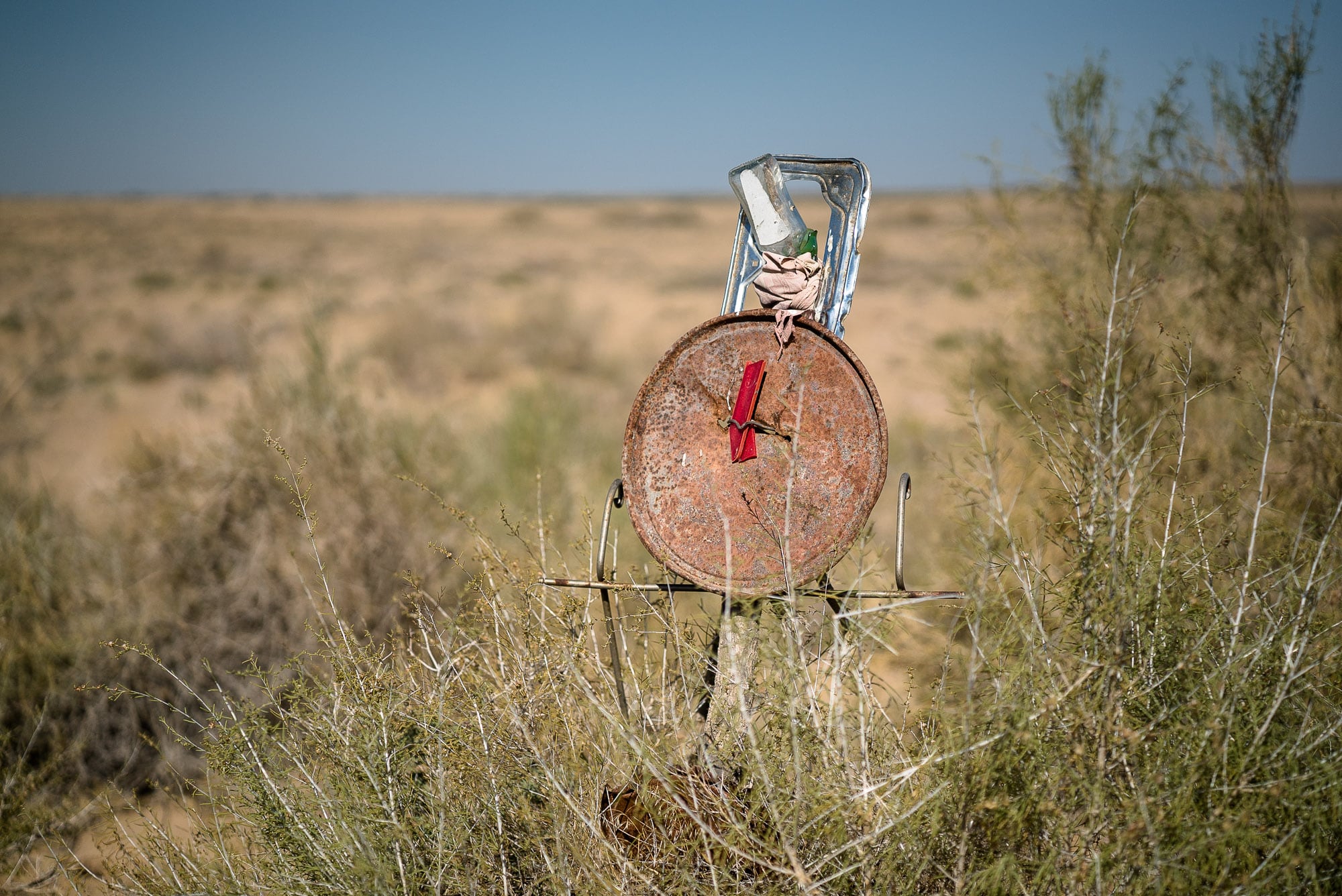 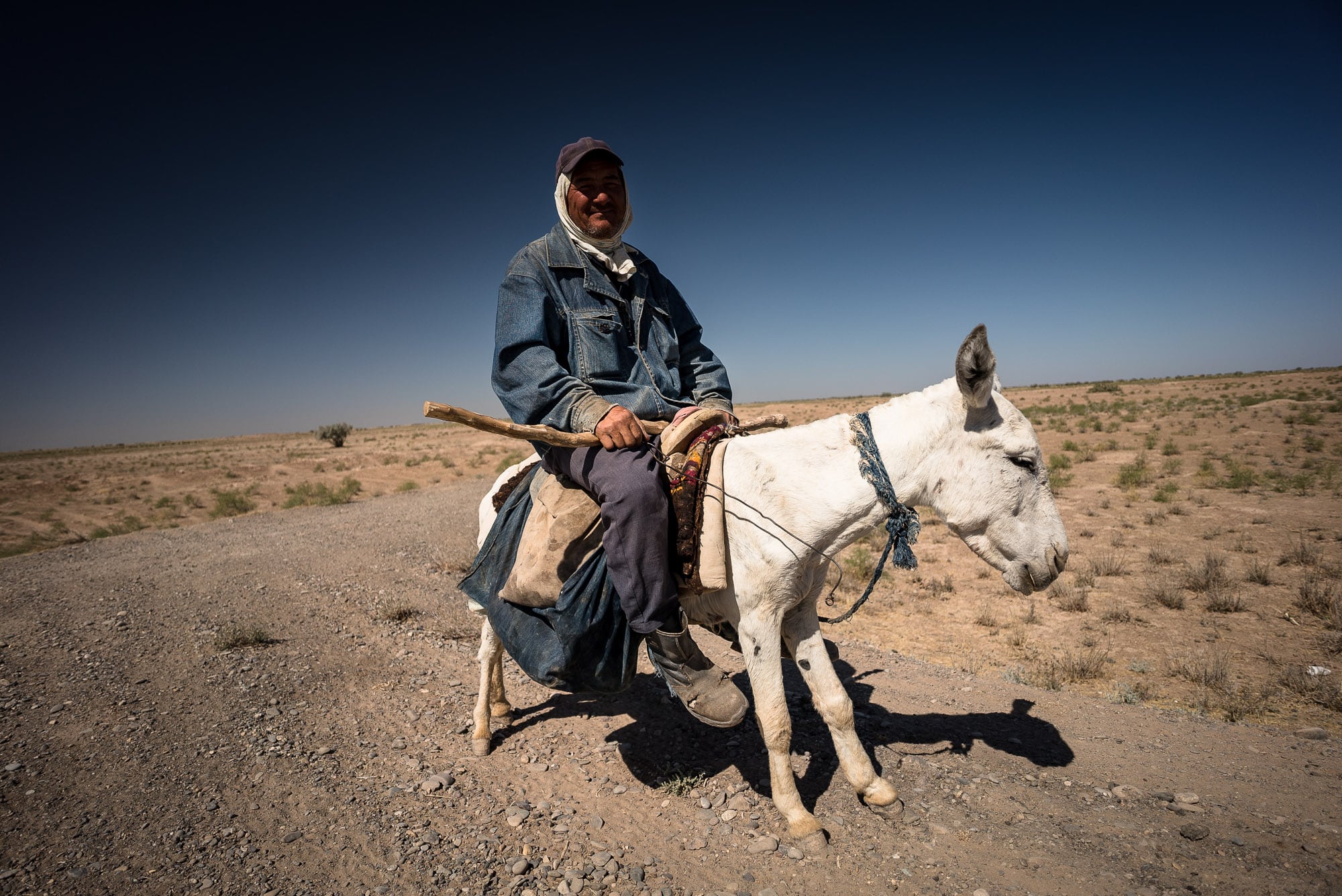 And then the border came near. There was a military checkpoint, a rather serious one. The soldiers were all very friendly, but it took a little while to get through, with phone calls going back and forth. In the end we were advised not to camp in the border zone, but to go to a designated hotel. Okay.

Buildings appeared next to the road, many of them empty: 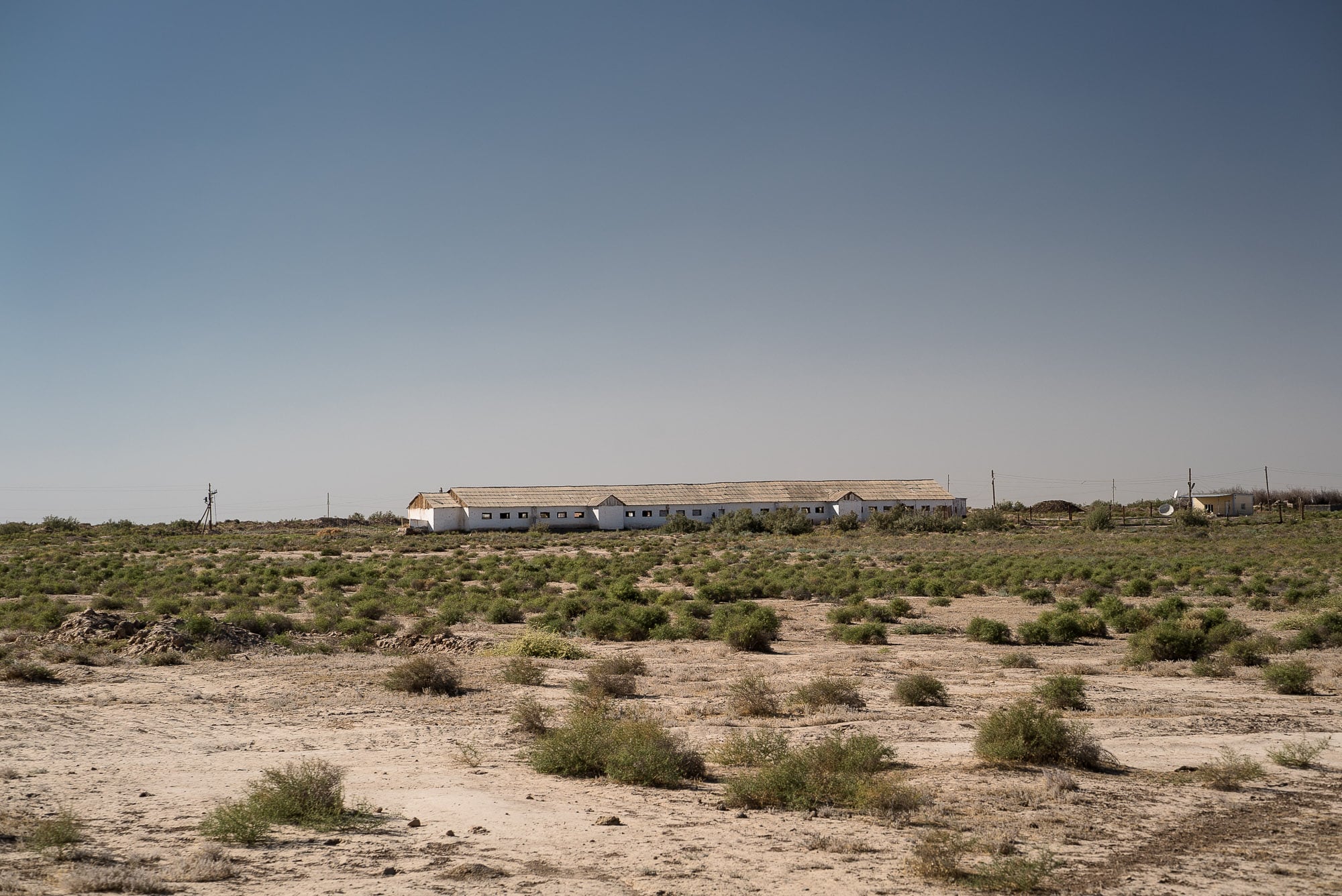 There were some little farms: 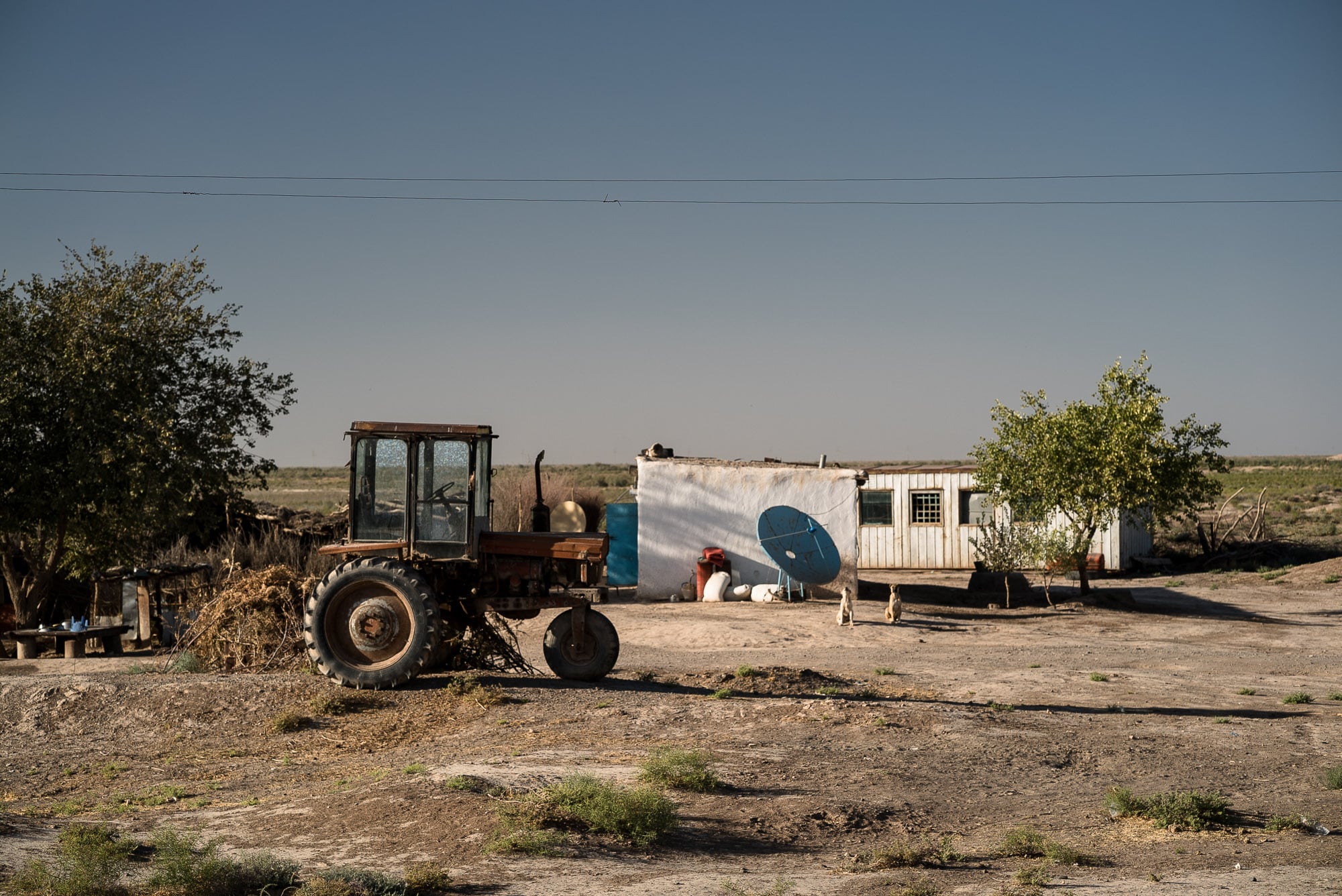 And then a village appeared: 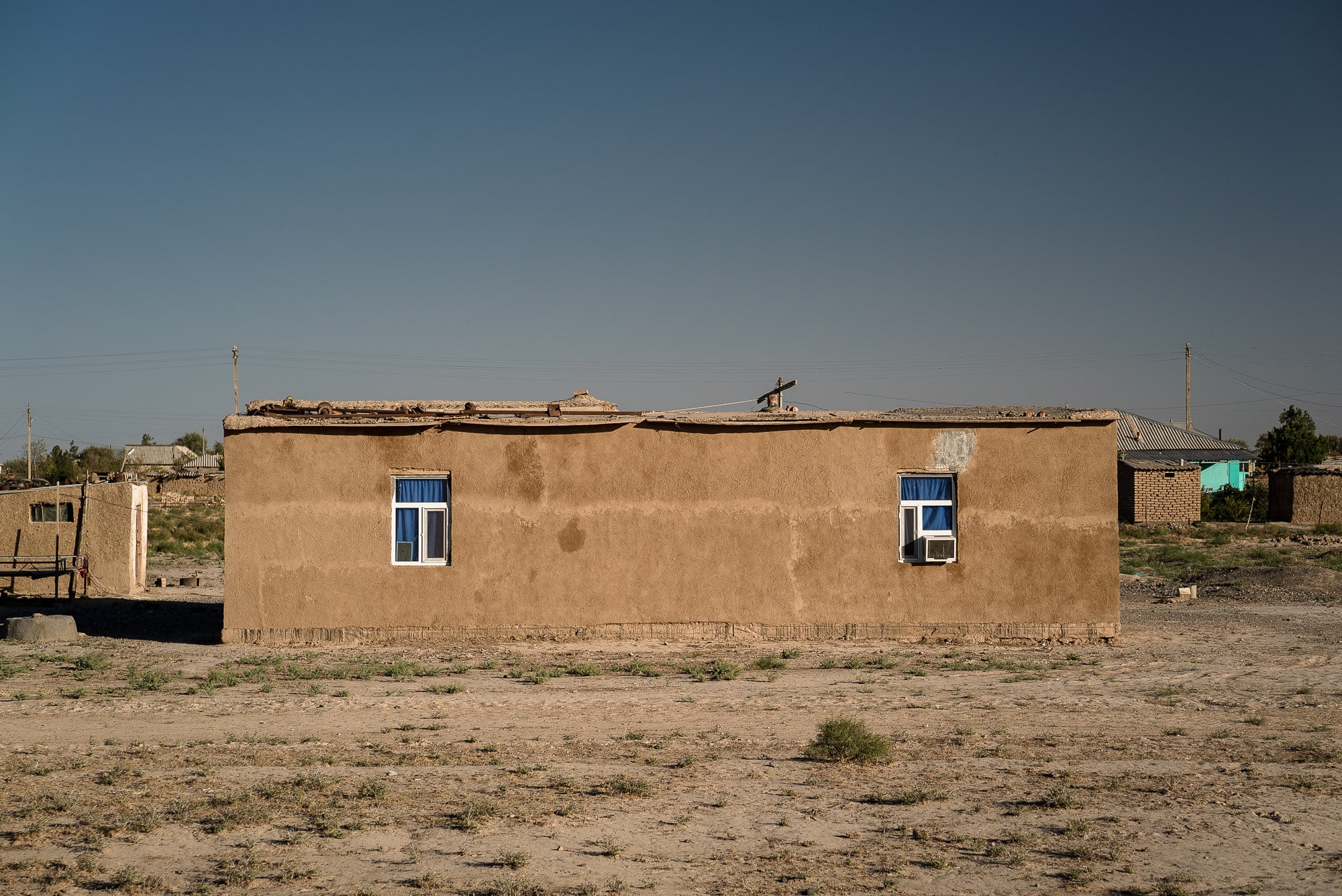 I noticed a lot of half-finished buildings: 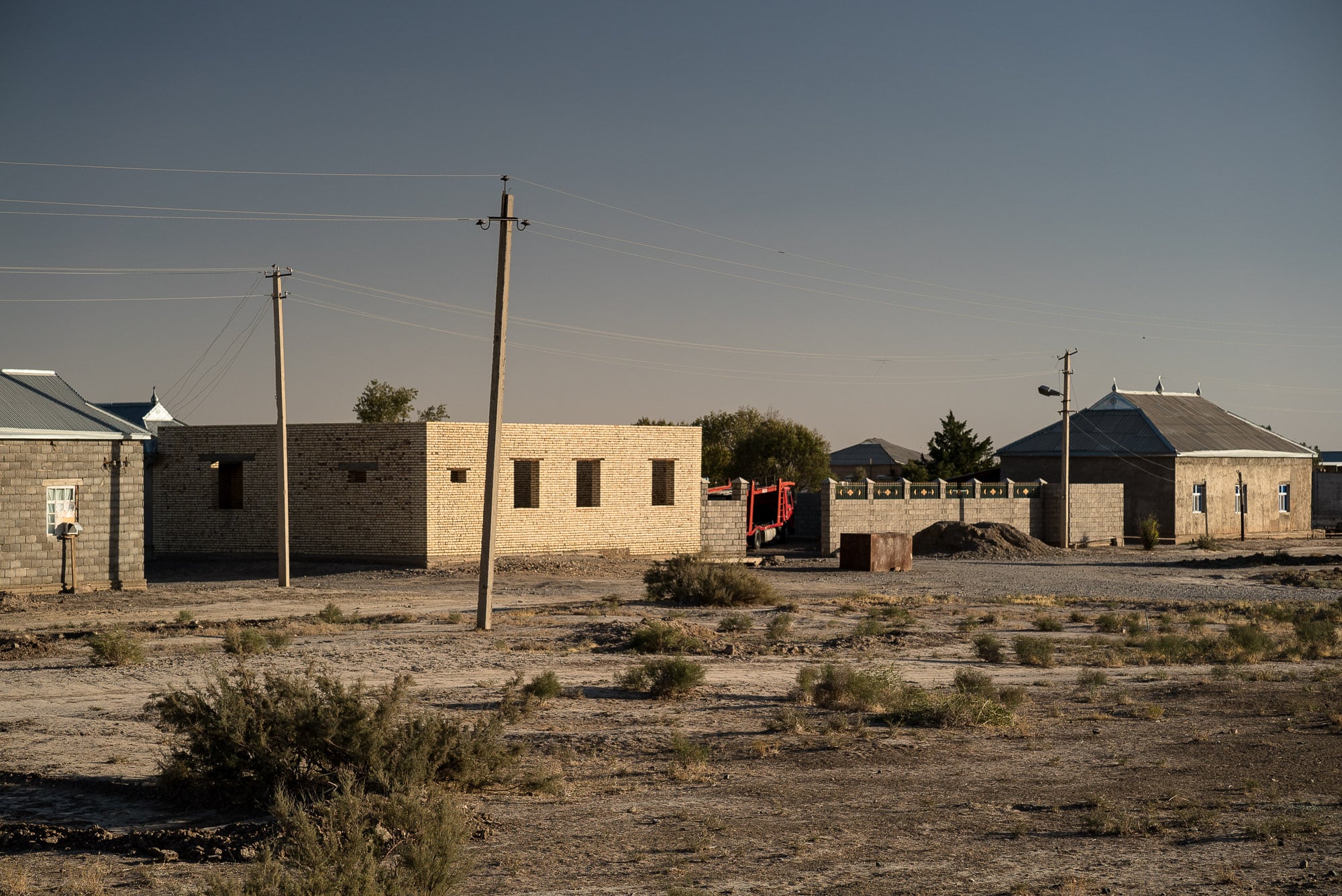 Never saw anyone work on them, though.

A farmer named Baktir saw me taking pictures and insisted that I photograph him, too: 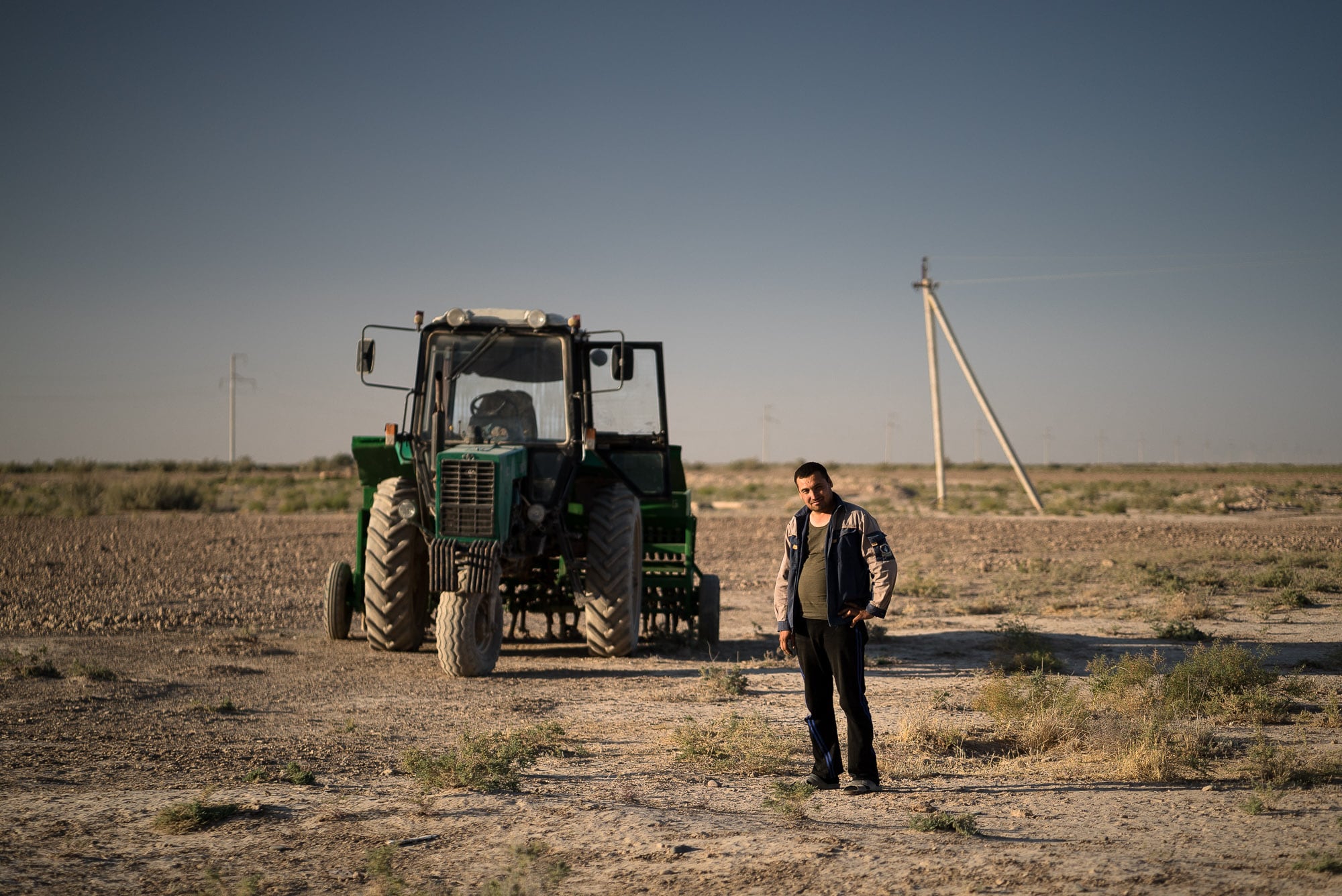 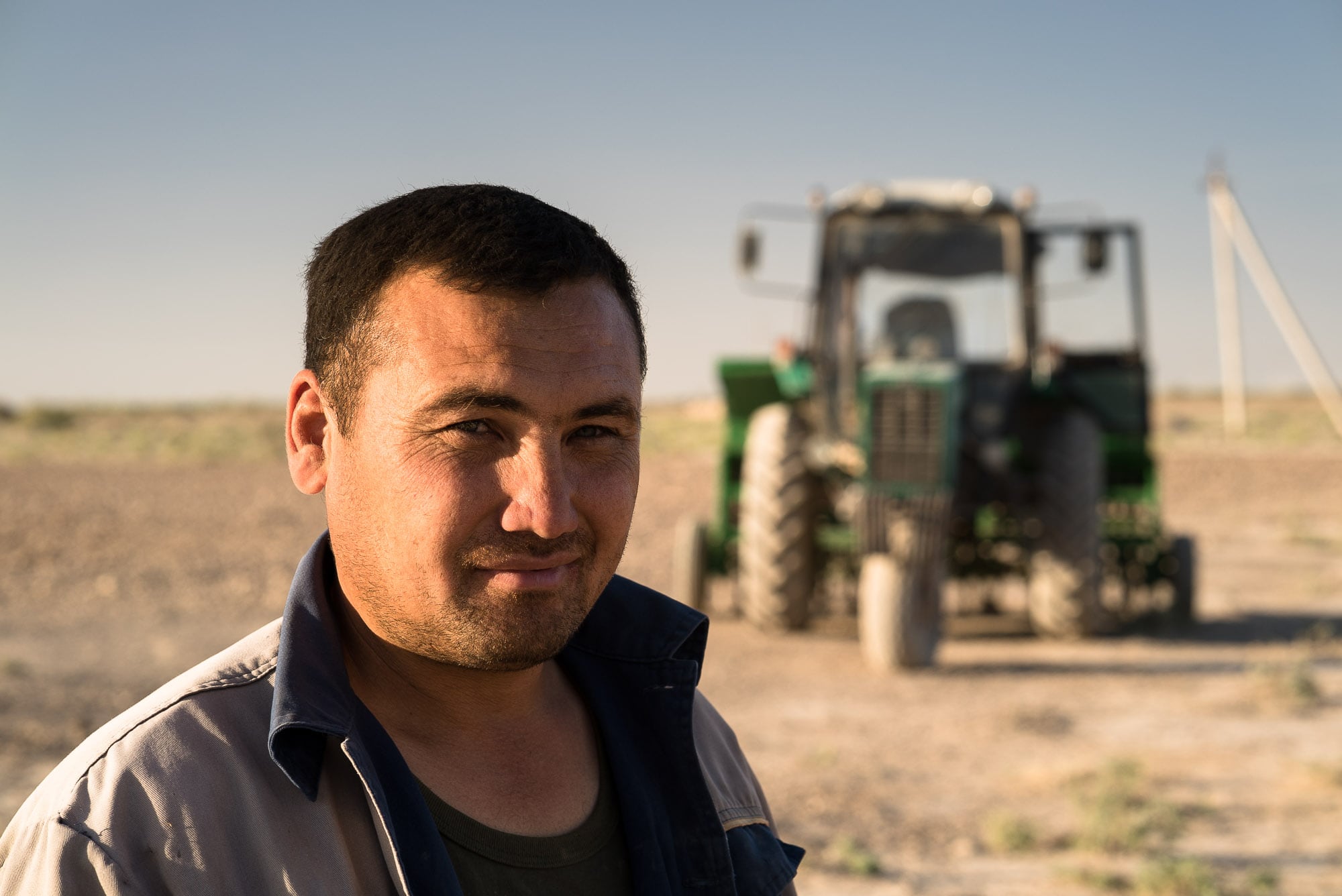 There was what looked like an old mausoleum in the distance: 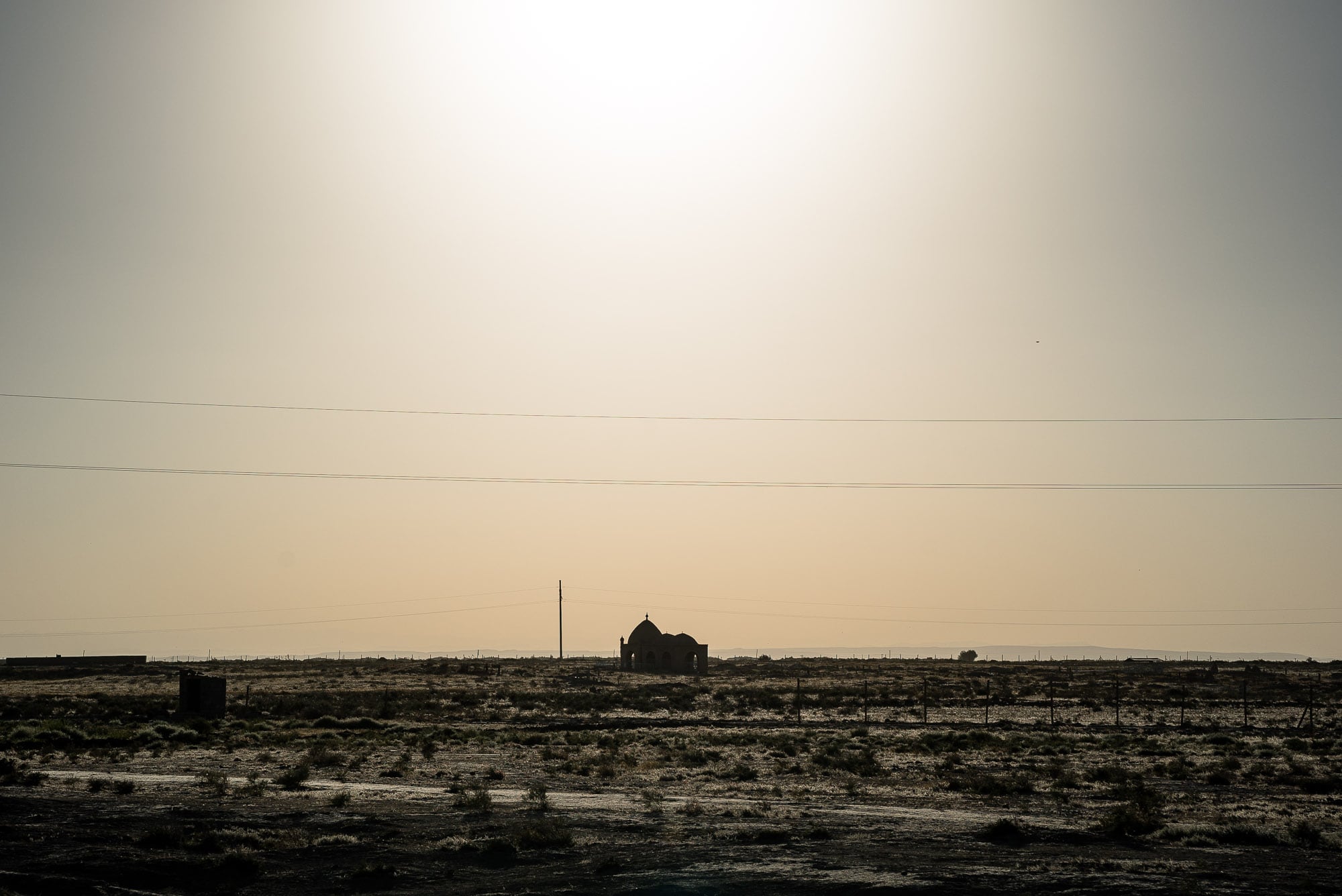 There were these two charming people: 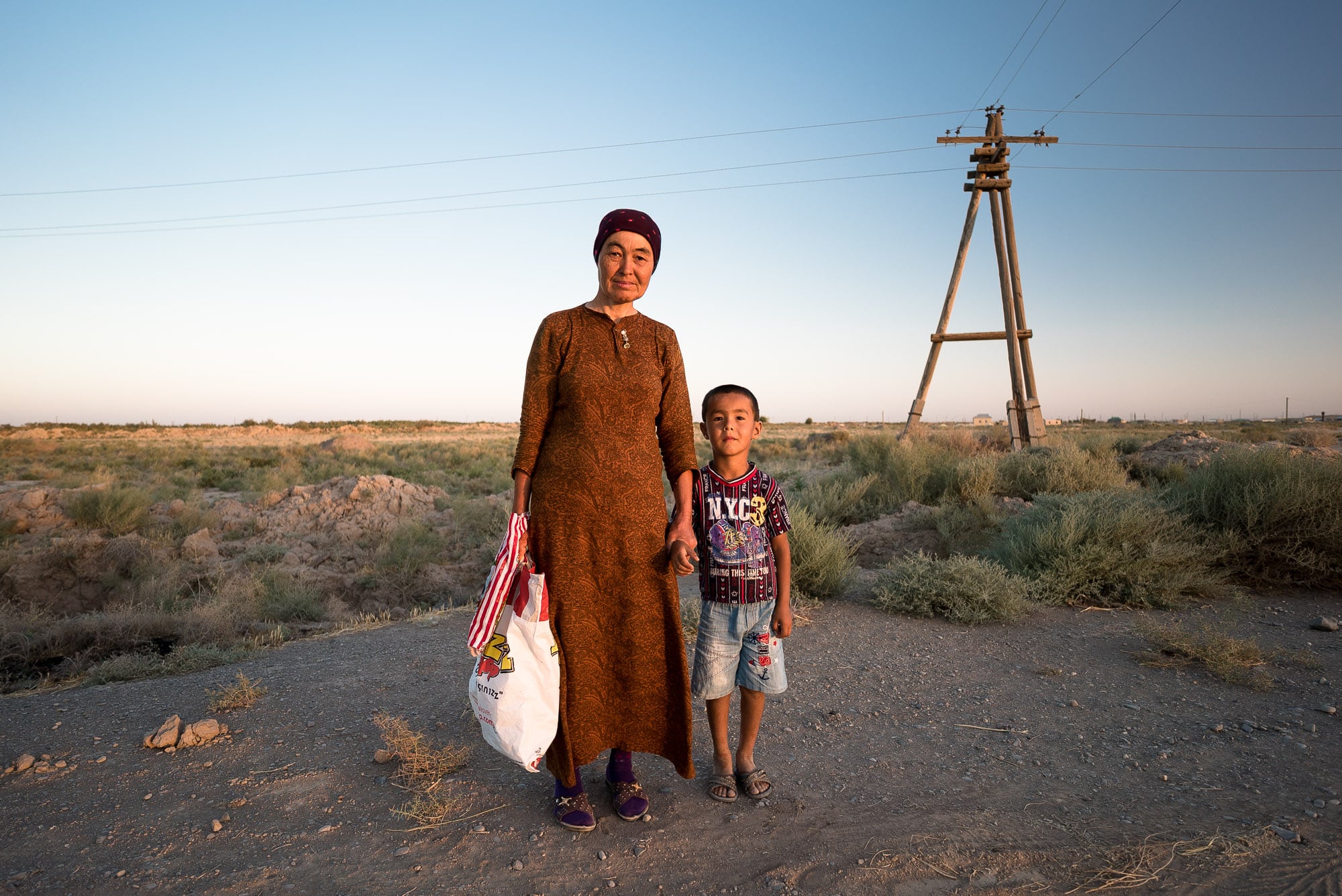 And then the city of Serakhs began: 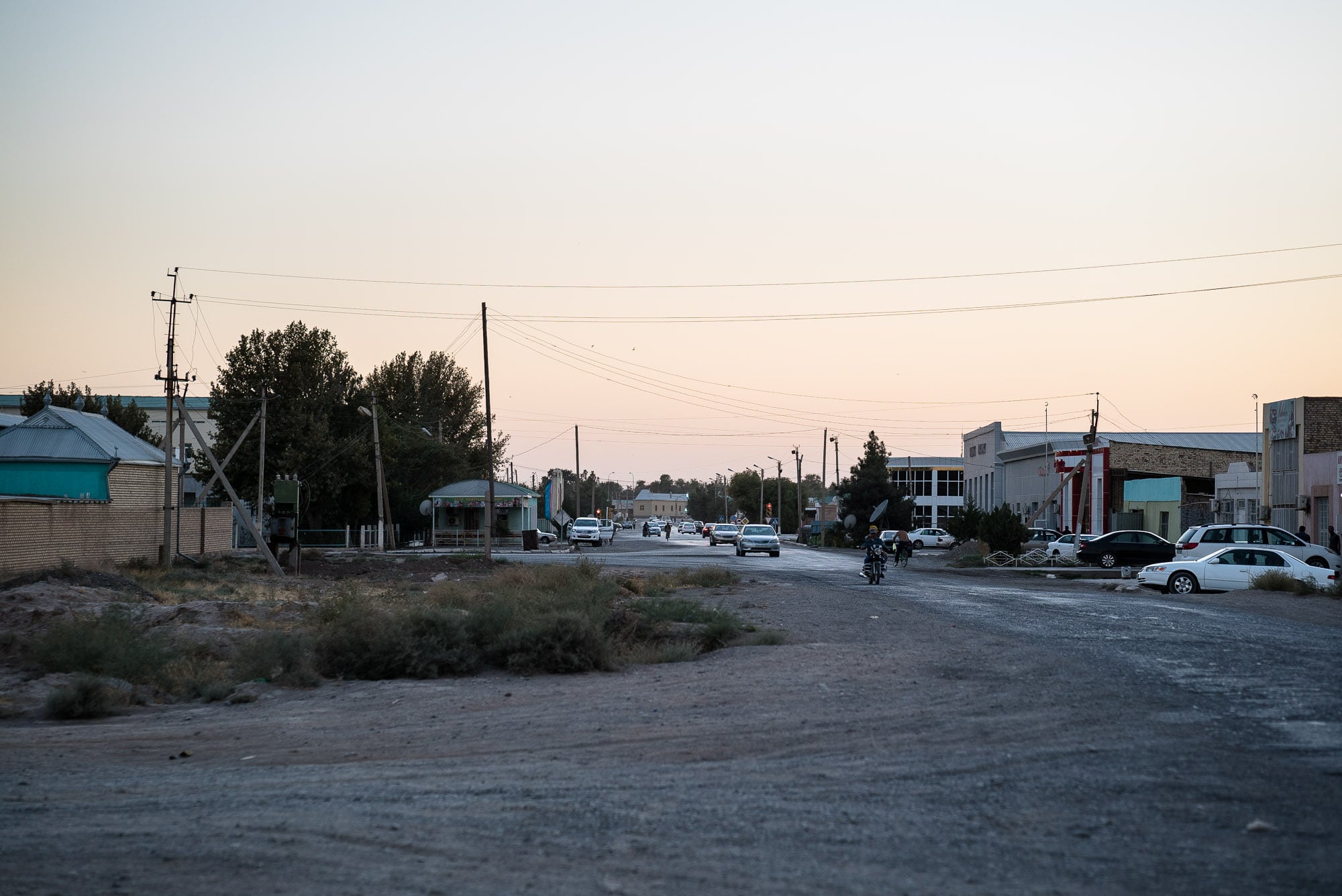 Serakhs was very different from the white marbly grandeur of Turkmenabat or Mary. It was much more down to earth: 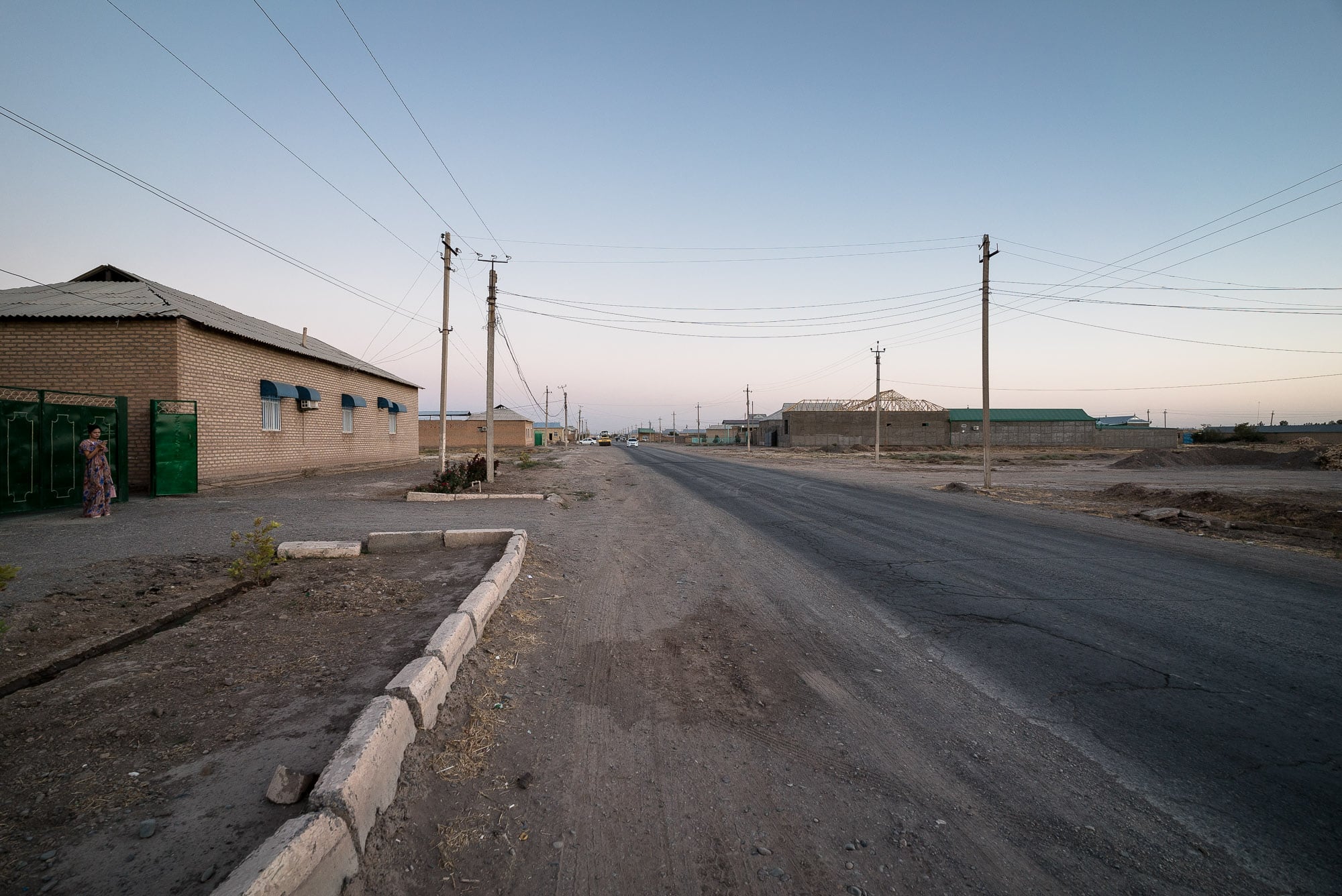 Then a little miracle happened. I somehow ended up chatting to this beautiful young lady for a few minutes, and we even took a picture together (you can see that I’m trying very hard not to stink after four days on the road): 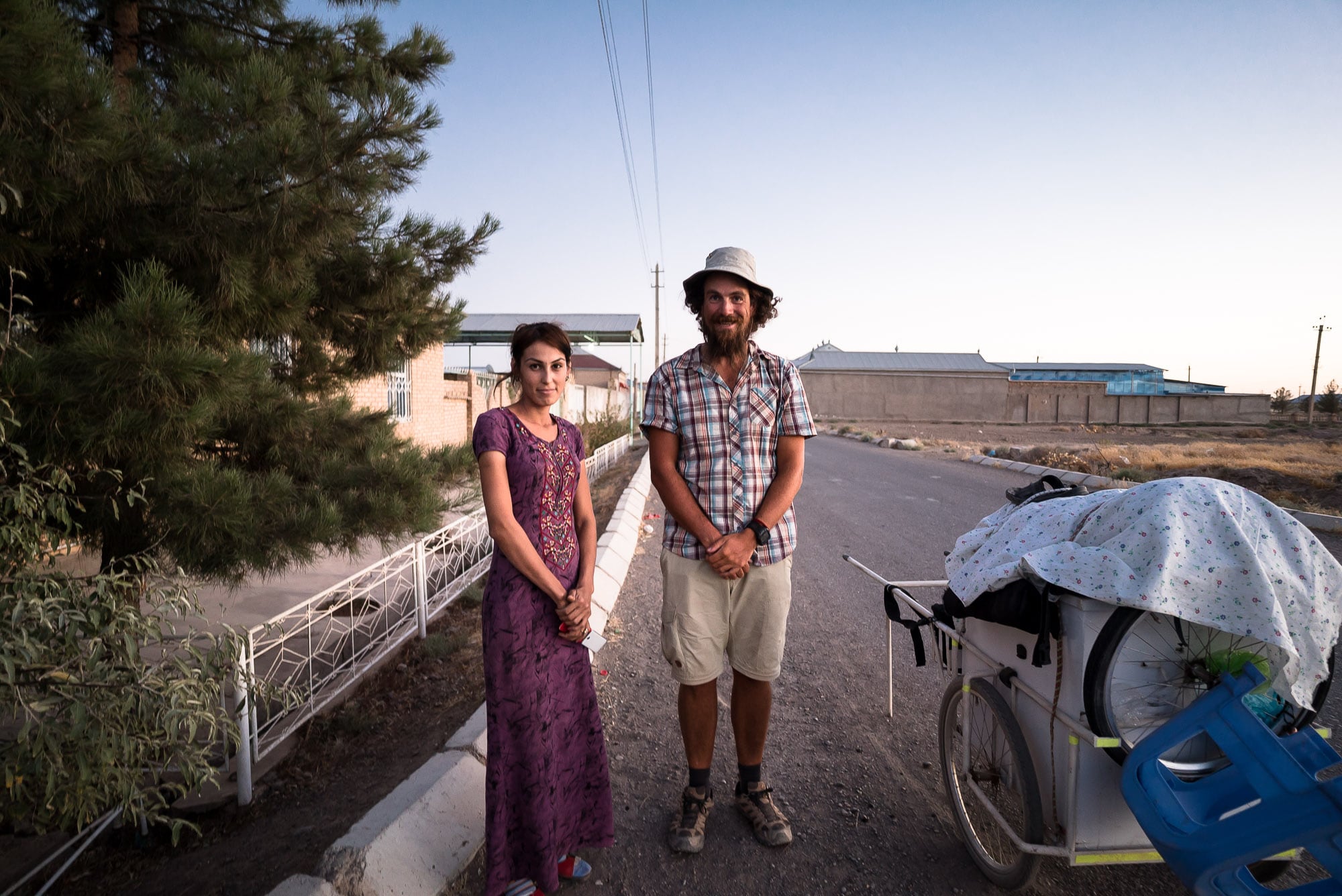 These guys were there, too: 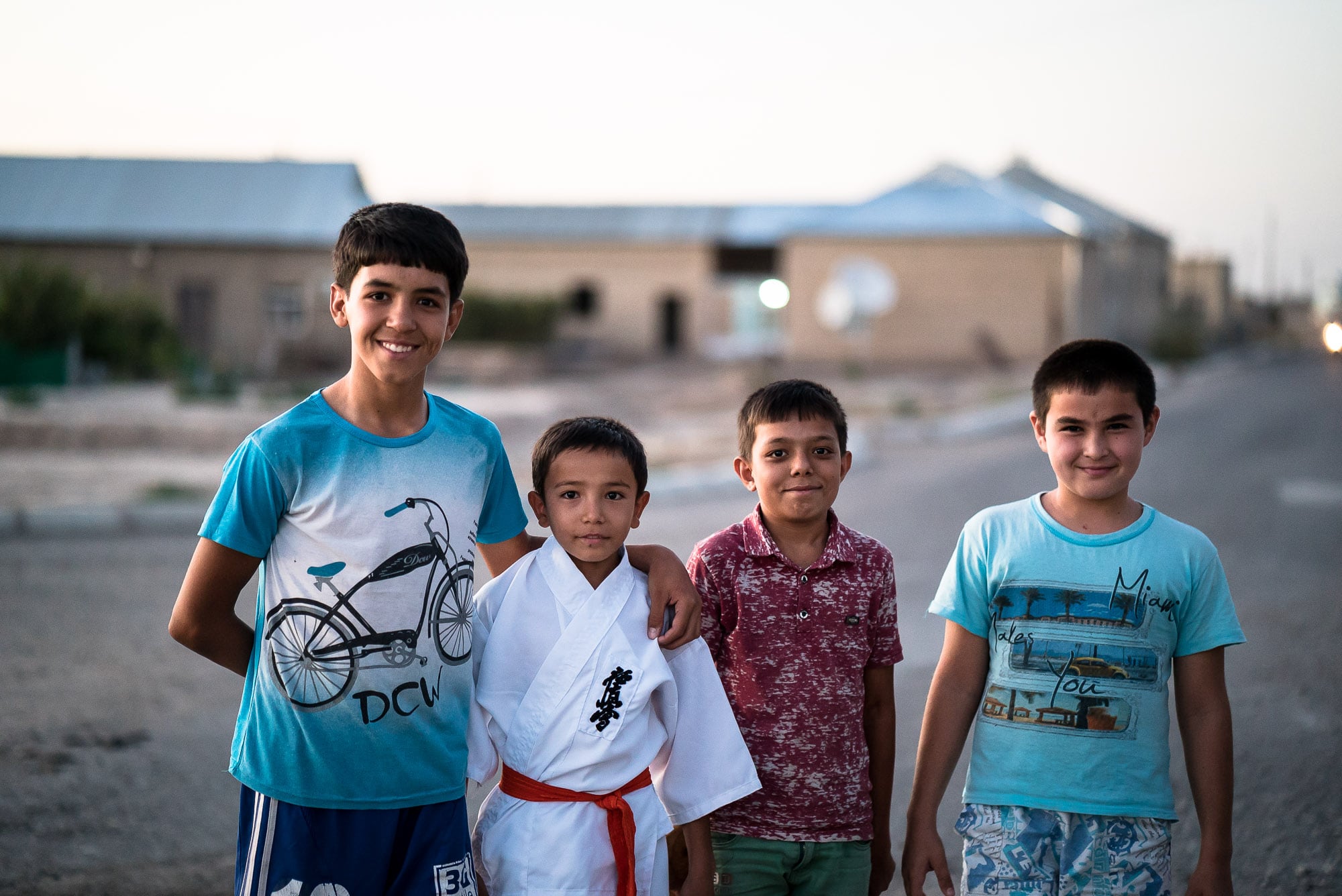 The hotel we had been told to go to was way in the south of the city, so I walked until after nightfall: 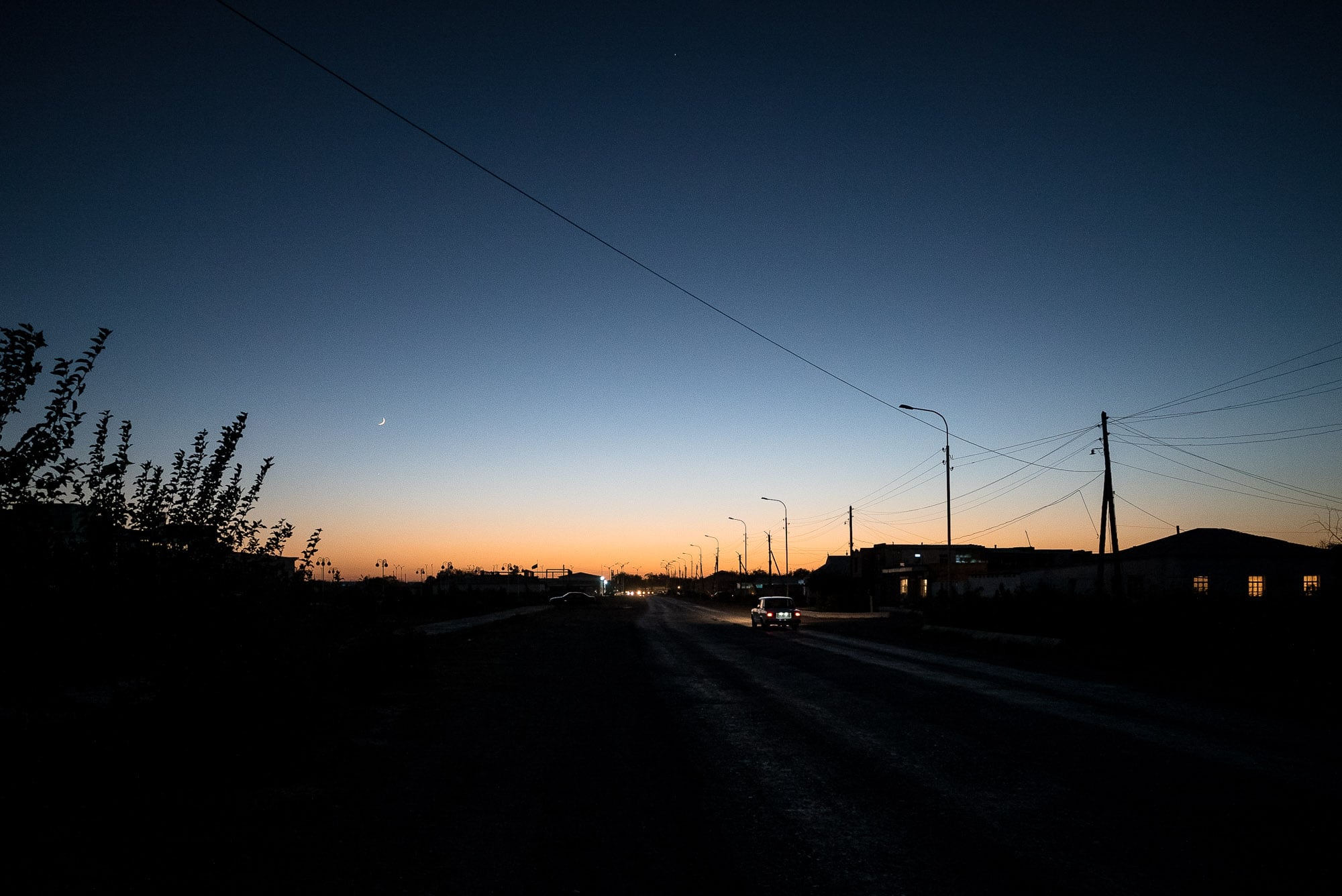 Passed a sports hall with a portrait of the new president: 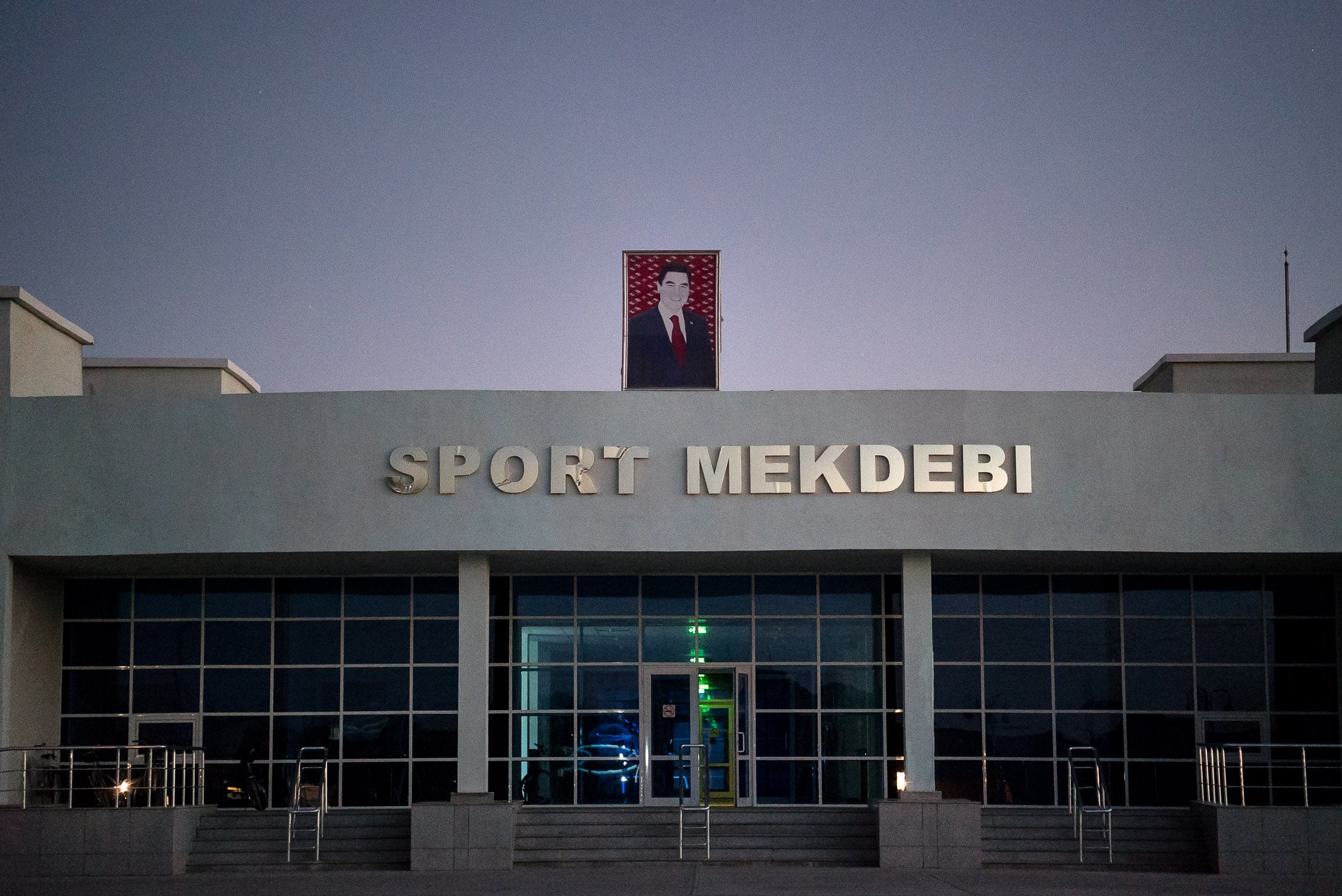 Passed a house with a porch and the moon over it: 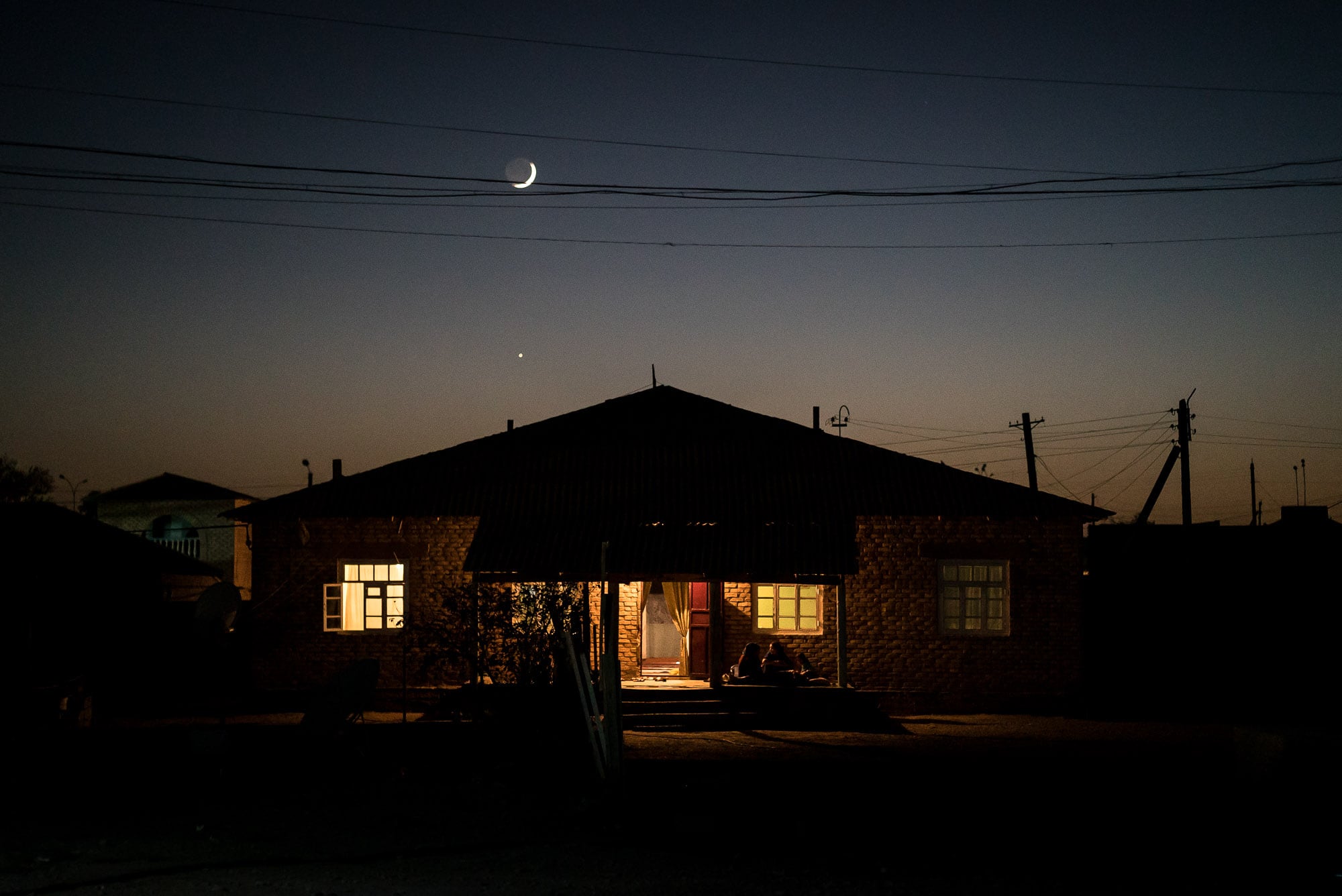 When we arrived at the hotel after what seemed like hours, I was told that there could not be any photos of the building, because it was in the customs zone.

I was allowed to take photos of my room, though: 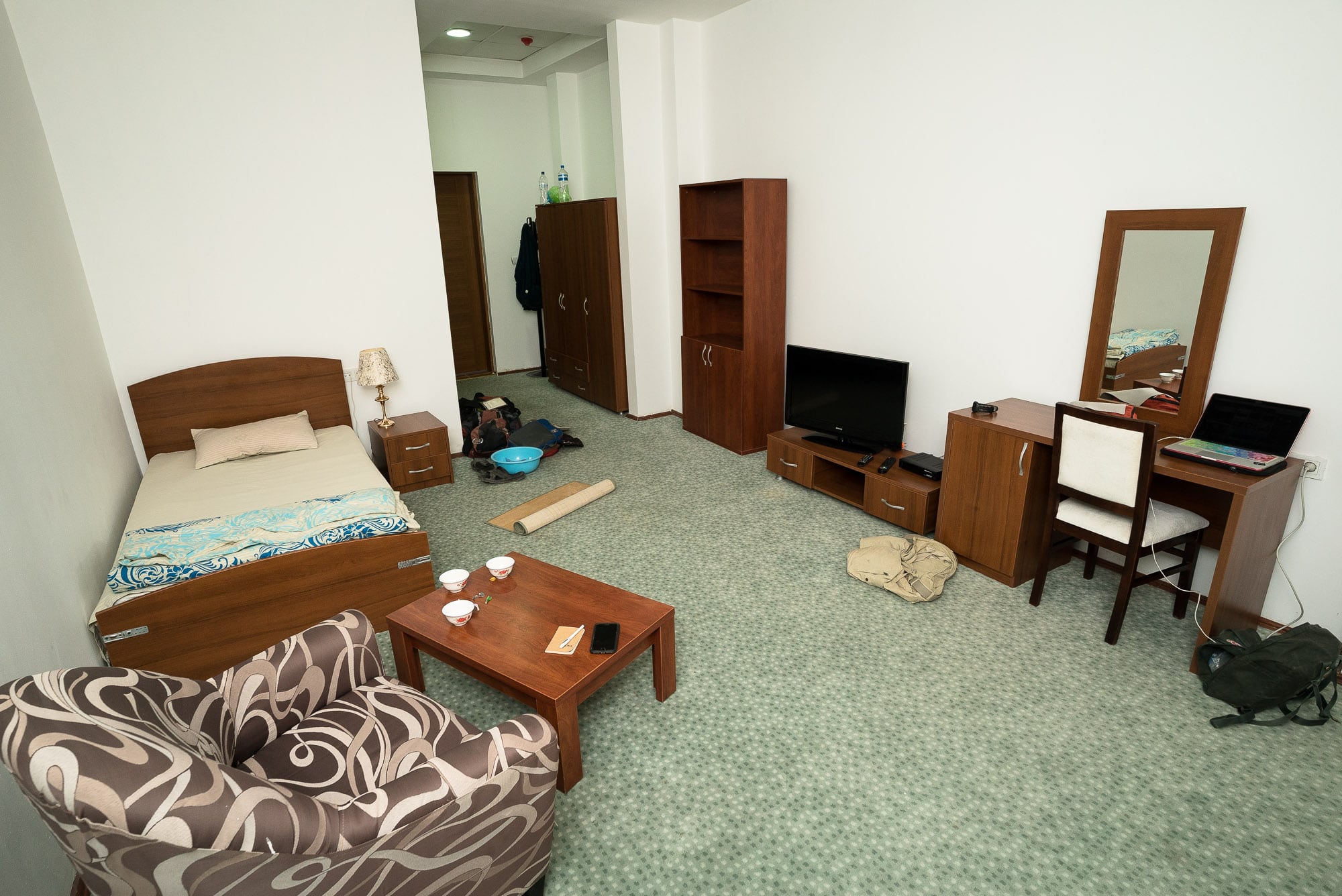 I liked the room.

We hurried to a little restaurant and had dinner, but it was in no way comparable to the Don’s desert meals: 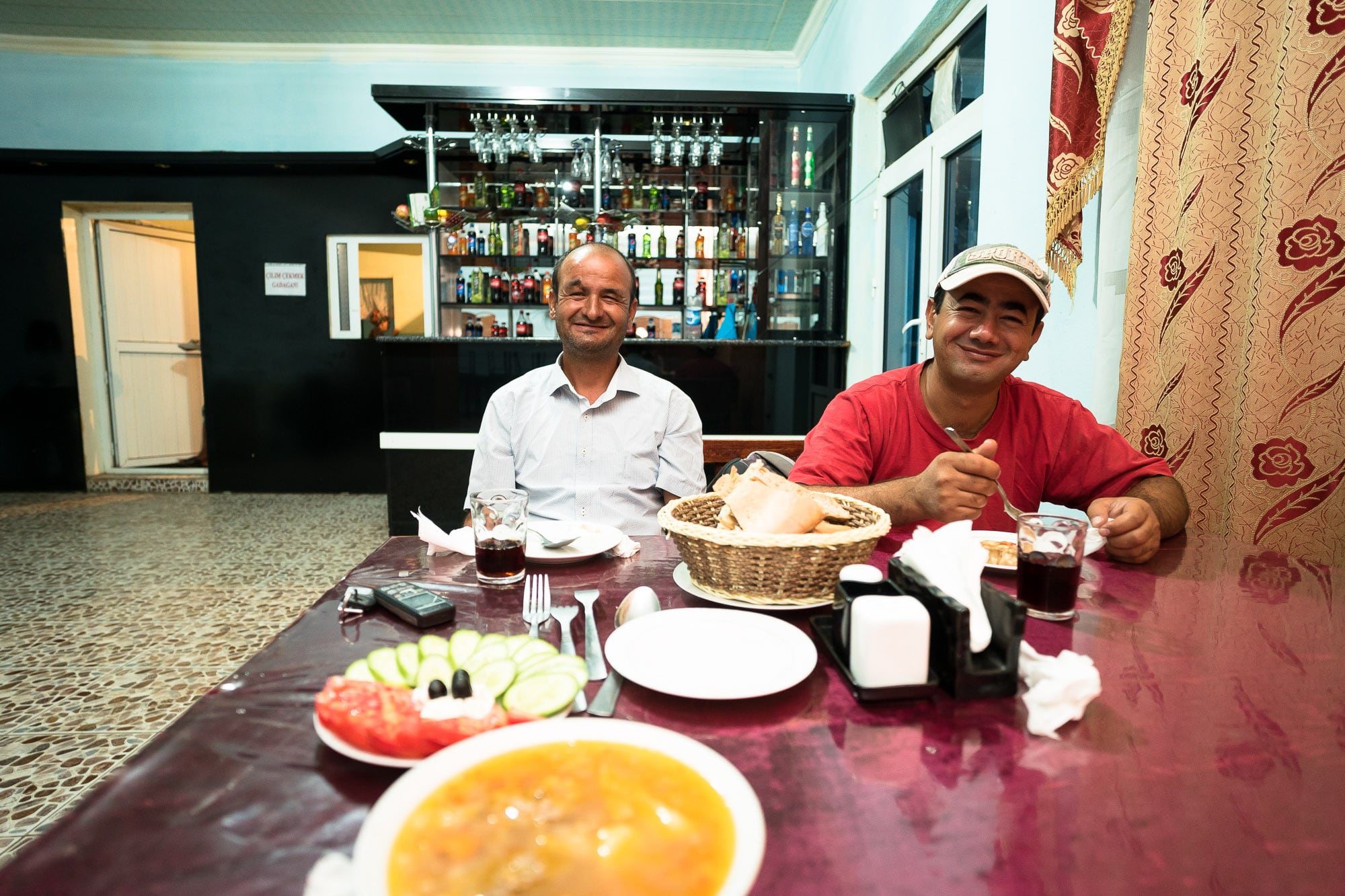 It was past nine in the evening, and the place was very empty: 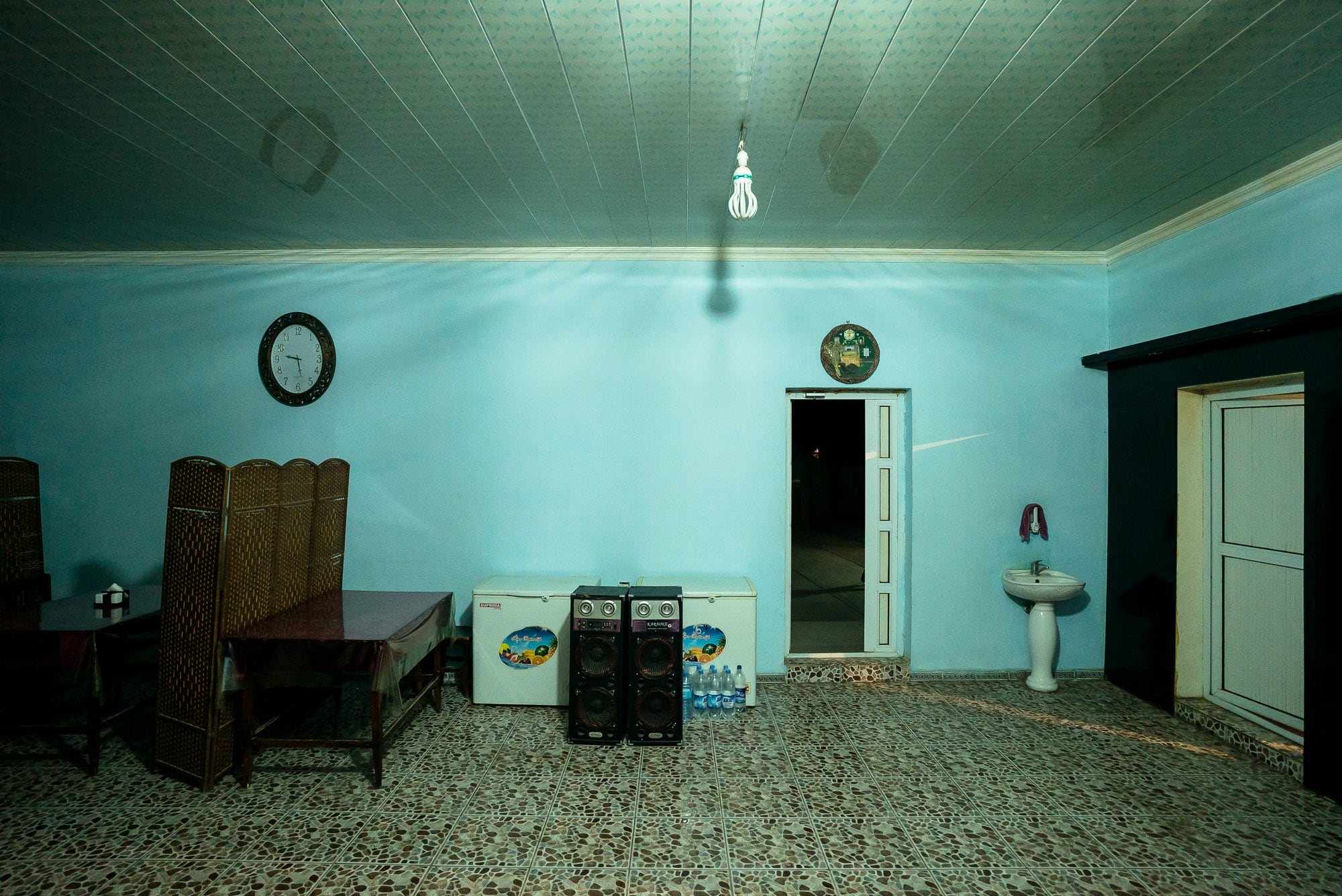 There was no alcohol in the shelves: 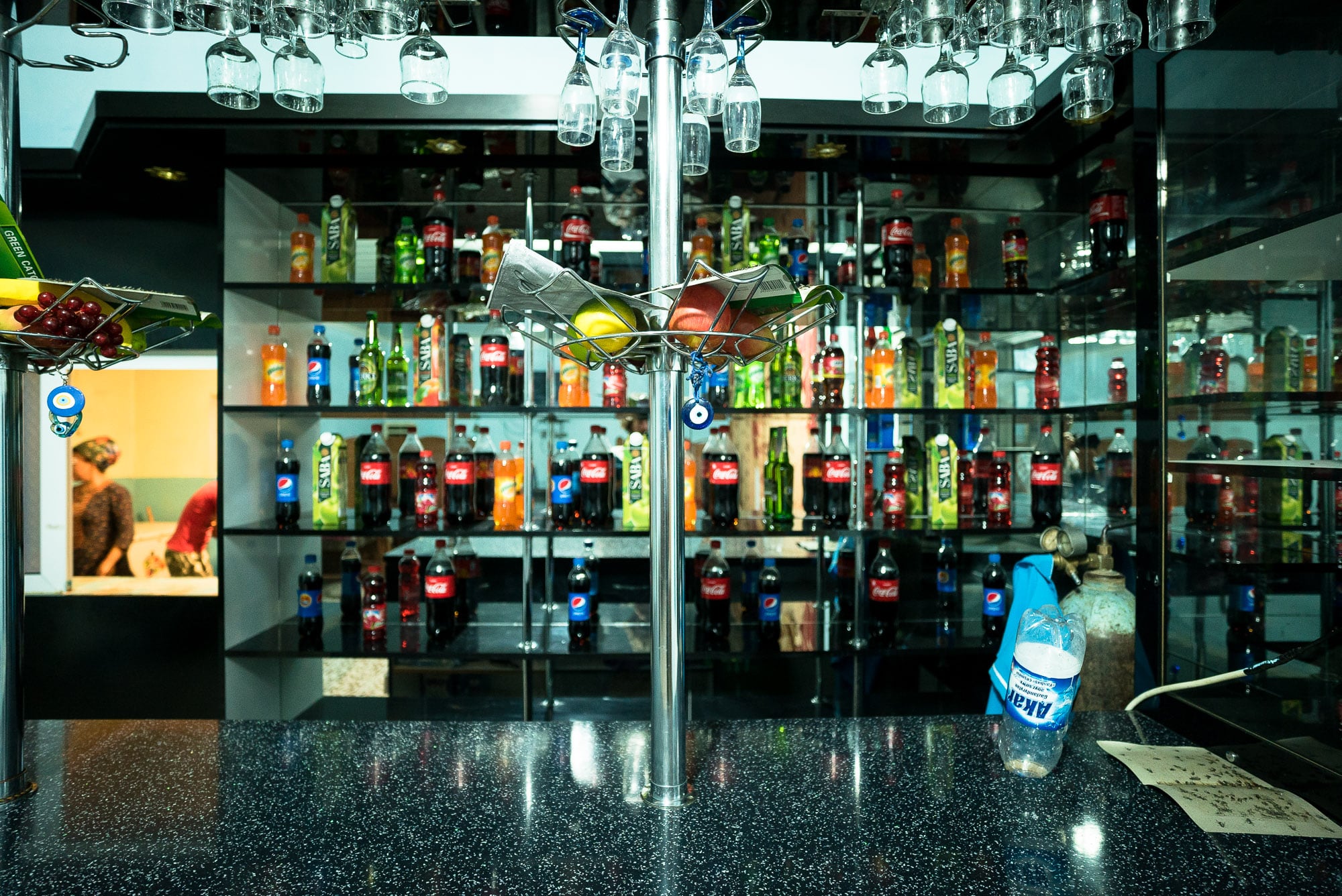 And there wouldn’t be on the next day either.

Because I would be in Persia.

Day 876
from Nang's place to Serakhs