The night had been pretty shitty. But there was nothing to do but walk, so I did that. I started walking in the dust: 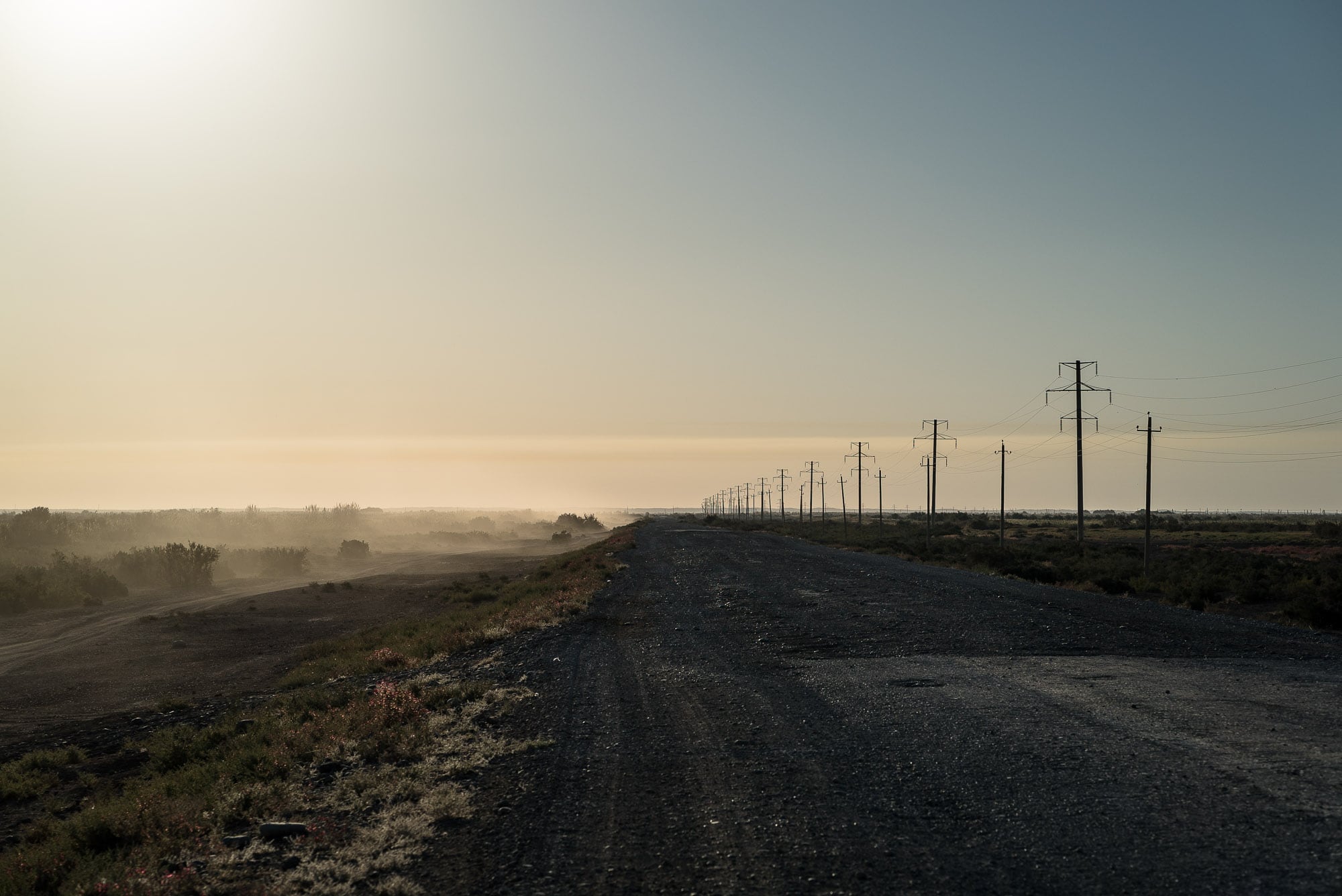 Sometimes there was a dirt track right next to the road, so I tried walking there, but that meant even more dust:

I eventually ended up back on the road: 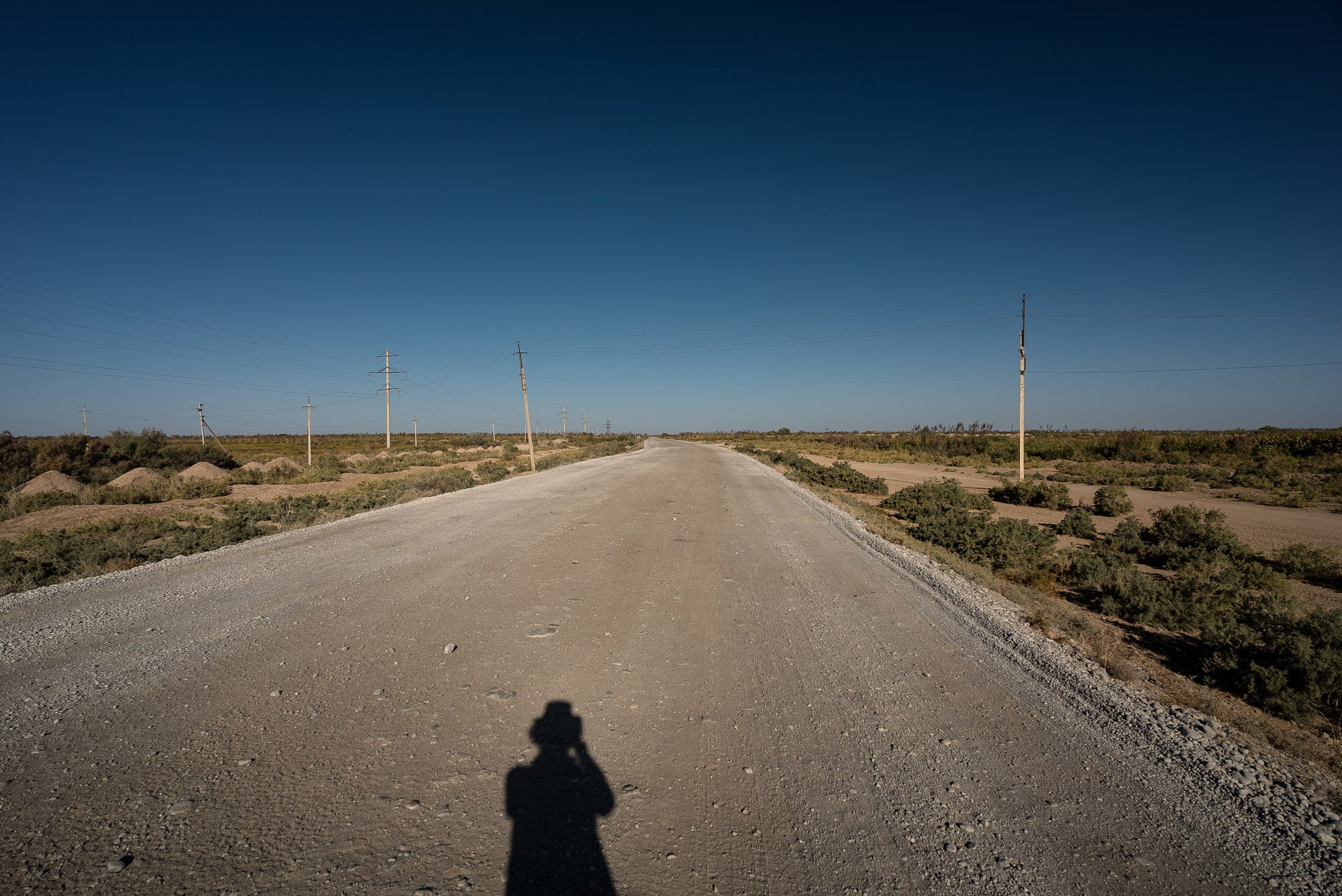 It wasn’t easy though. There were massive potholes that looked more like craters: 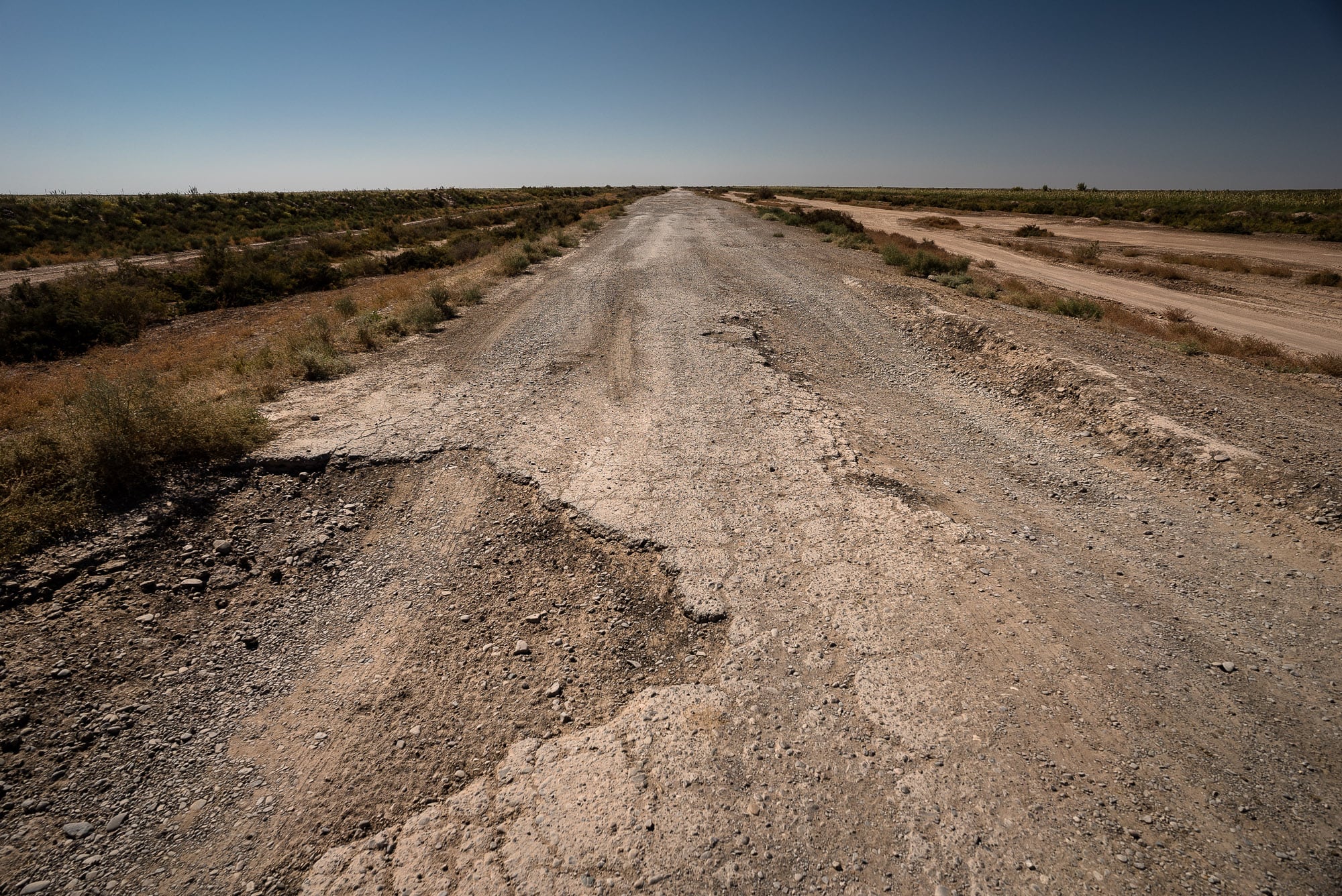 There were dust devils: 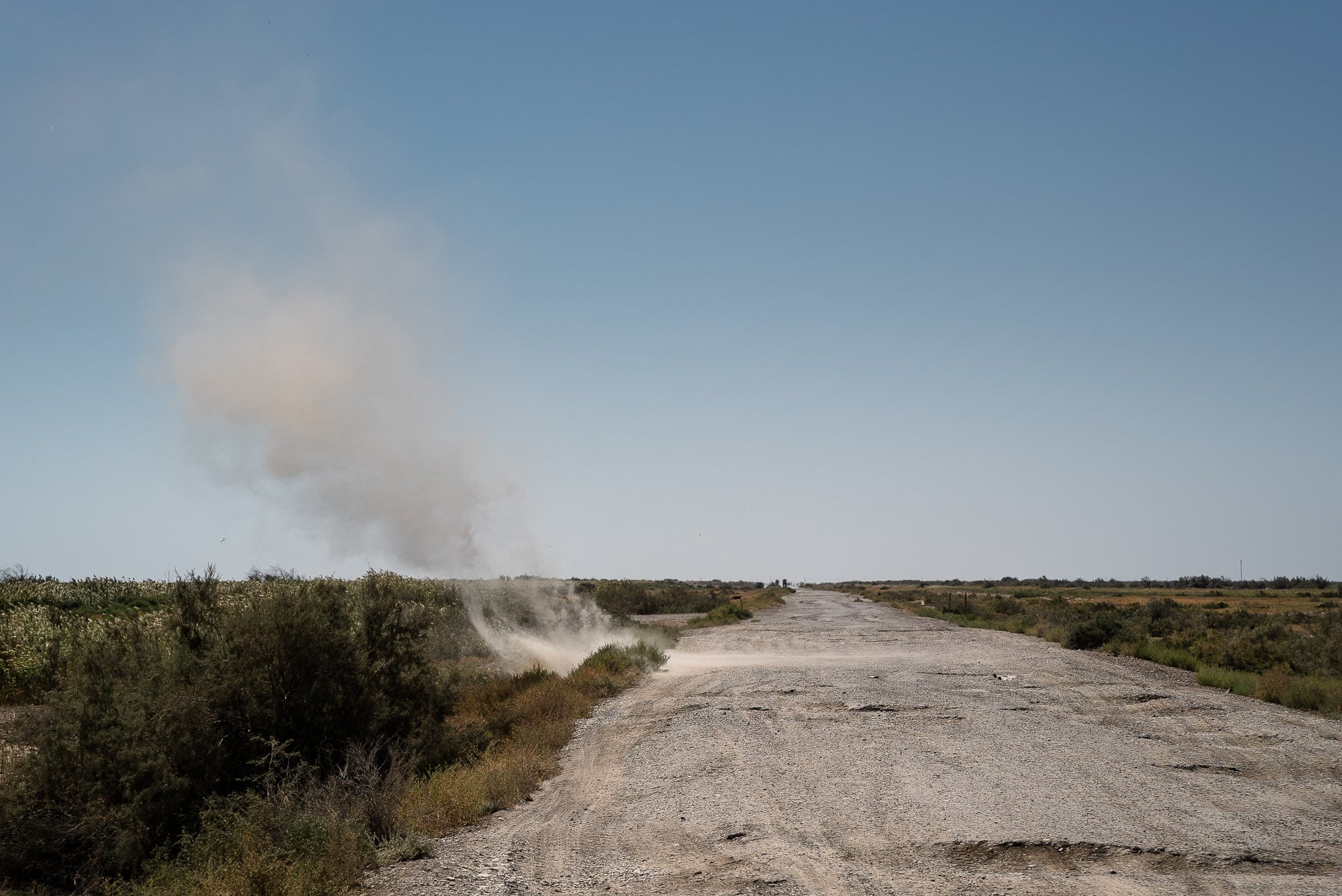 And sometimes the holes were so deep that people had stuck things in them as a warning to others:

There were almost no cars at all. And there were no people, except for the occasional shepherd: 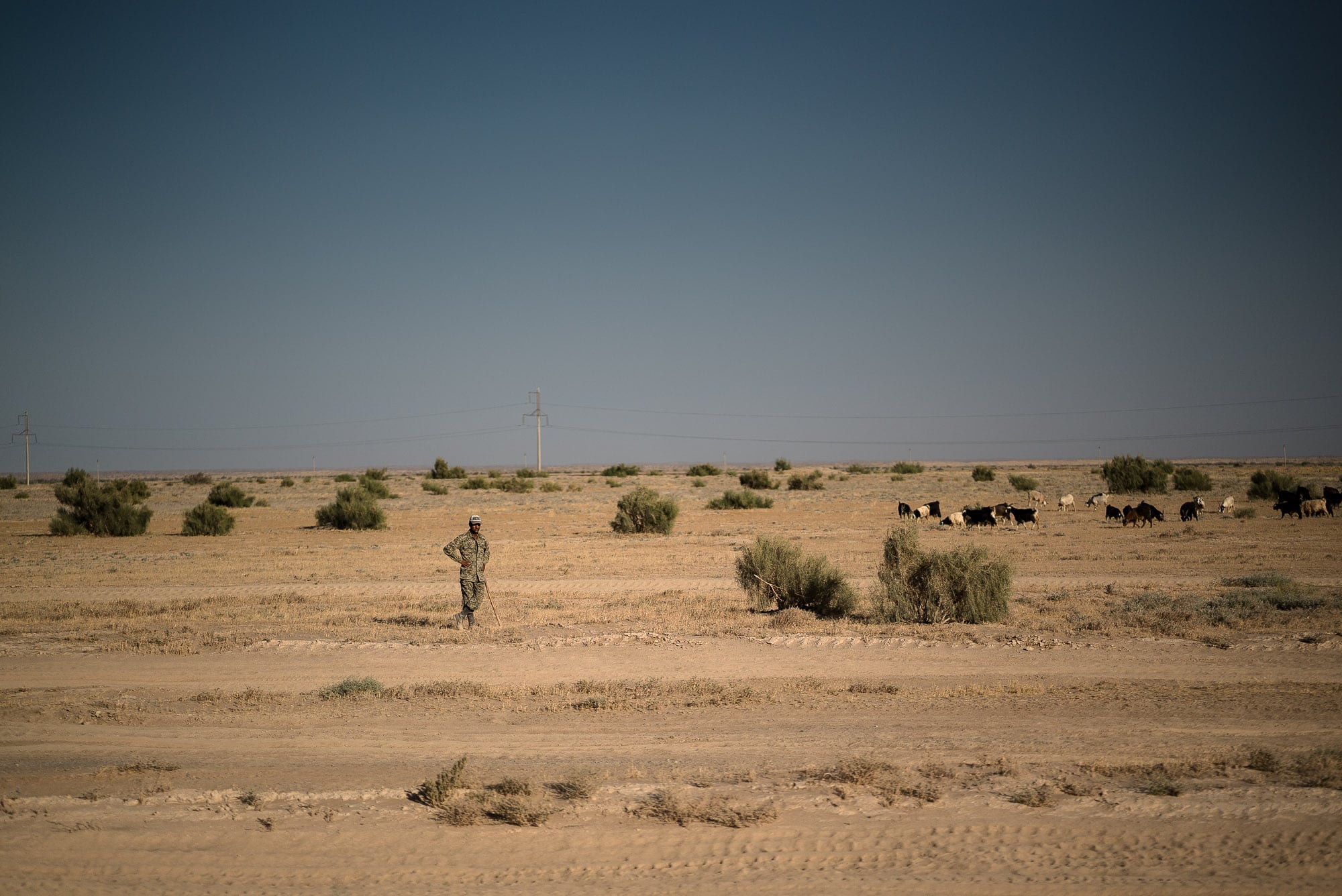 Sometimes I saw a sign pointing to a house: 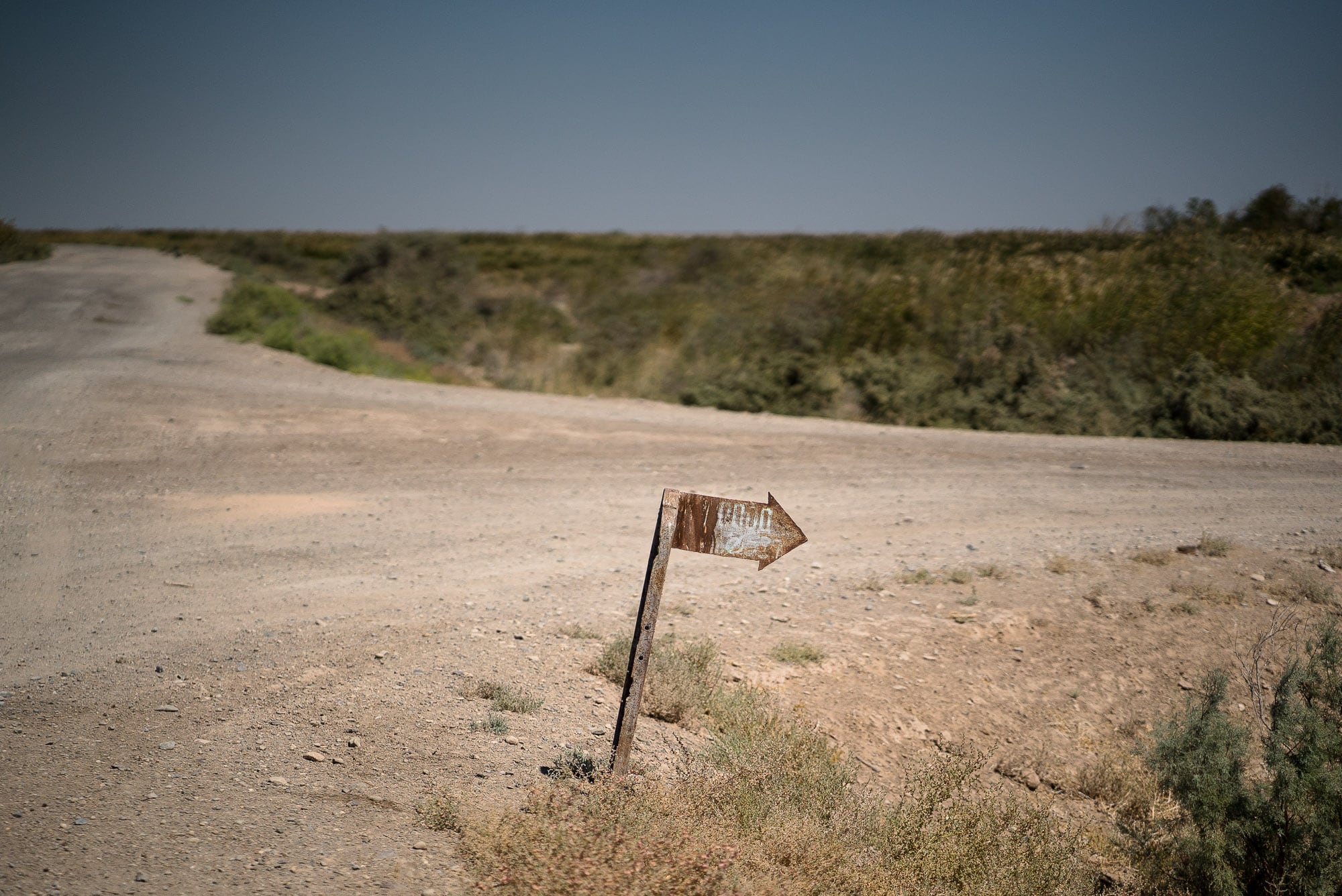 And sometimes I actually saw the house: 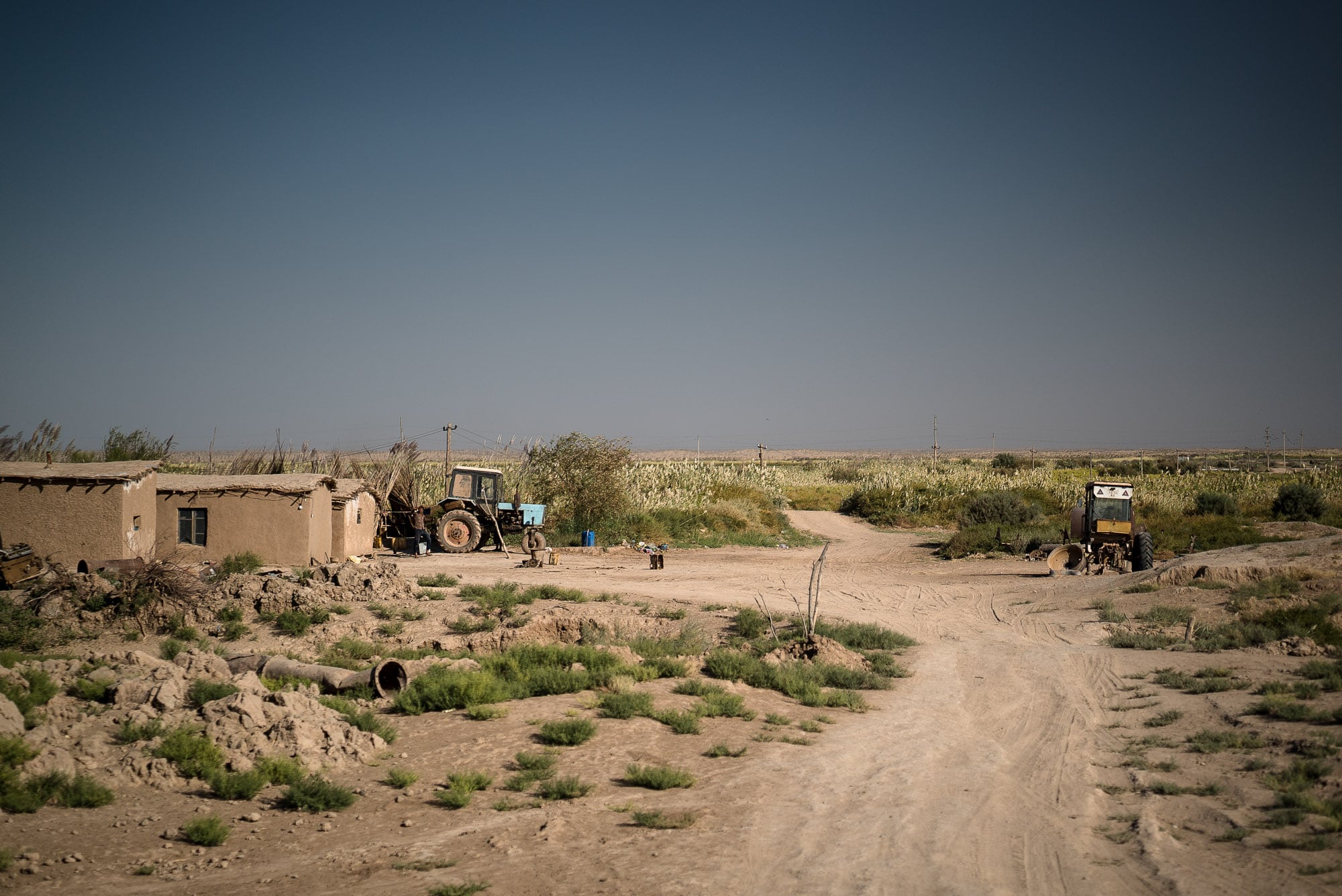 We had our lunch break in a windy spot: 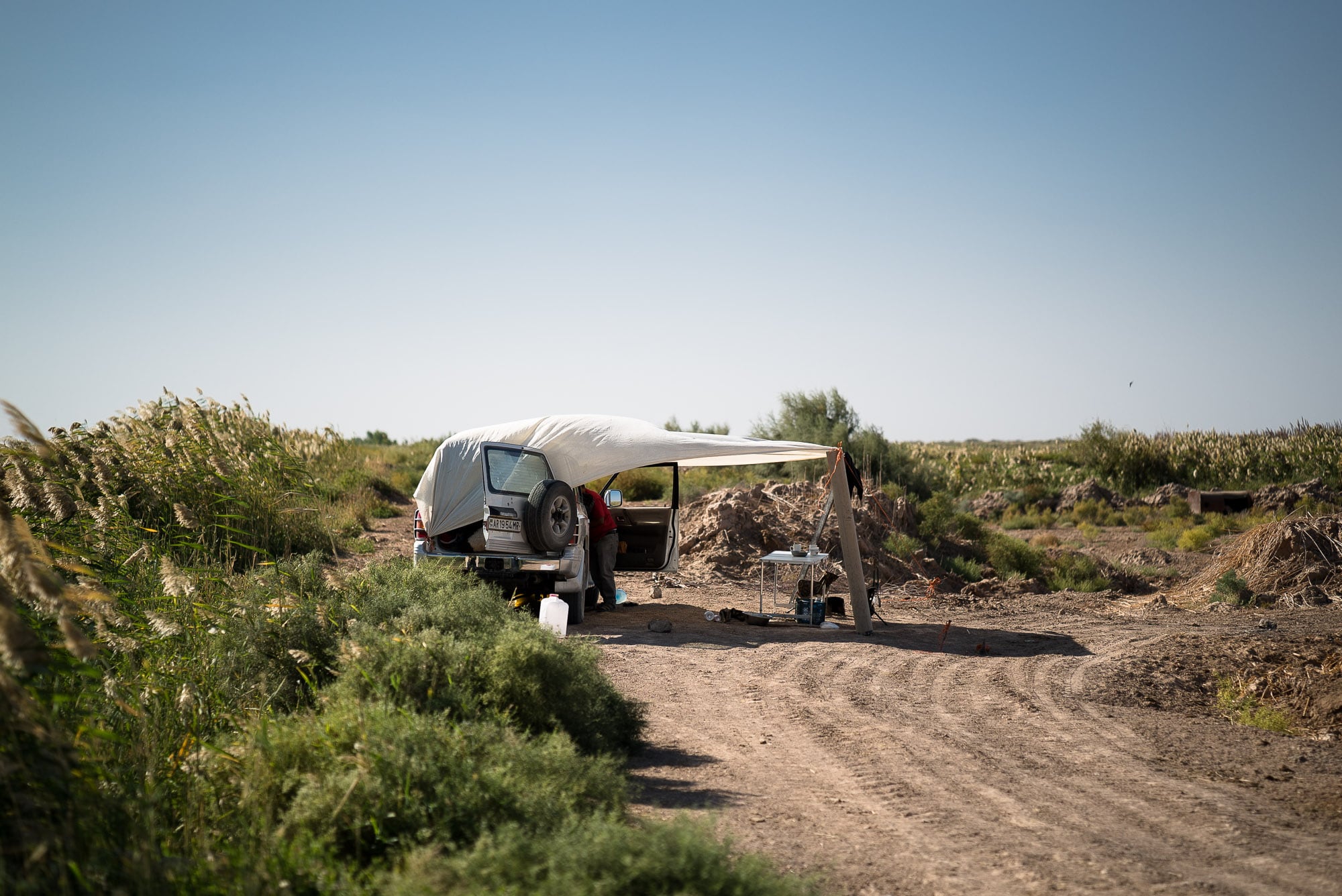 And the Boss showed me a strange desert plant: 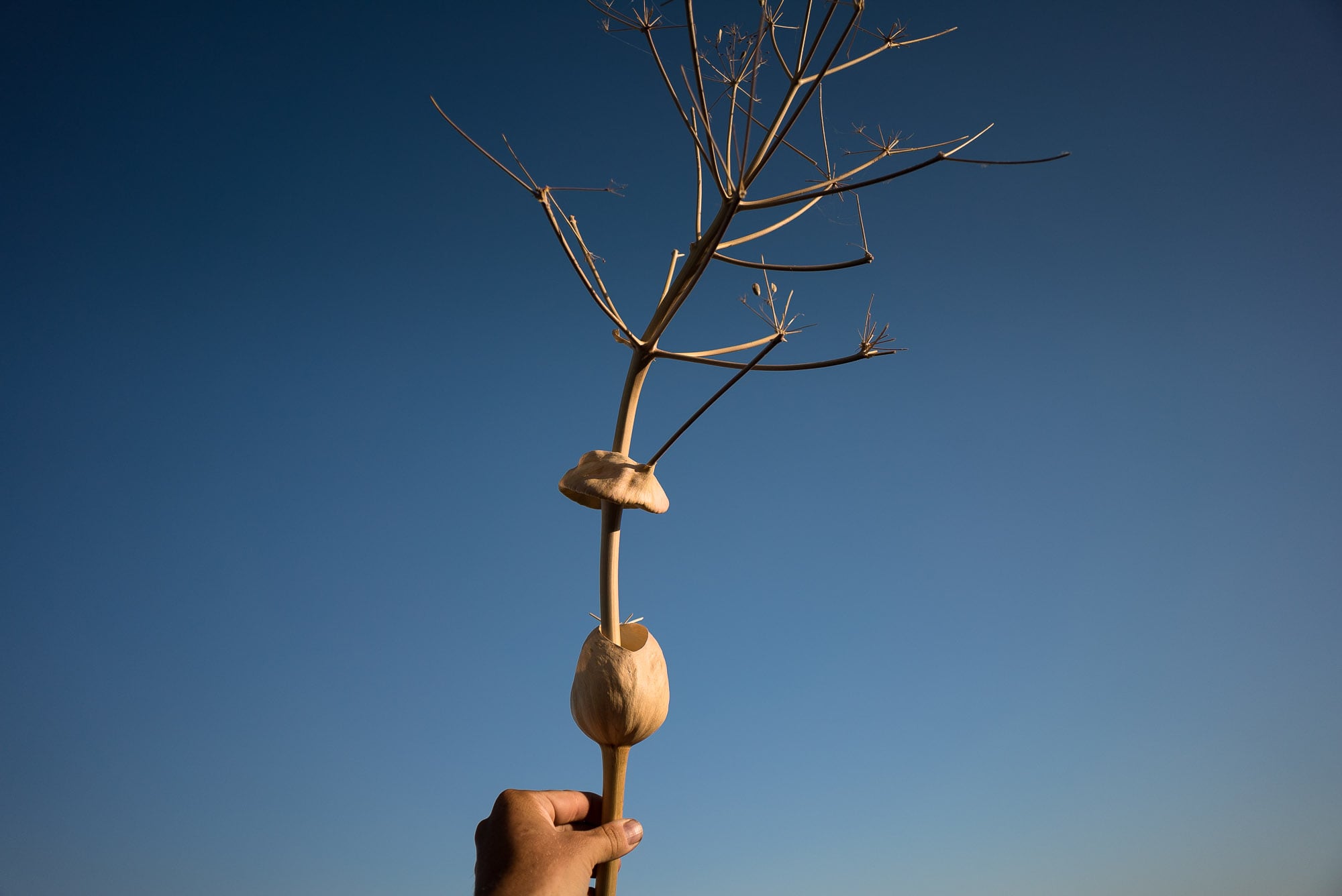 It could store water, and he said a kind of wild goat that roamed these lands came to drink from them: 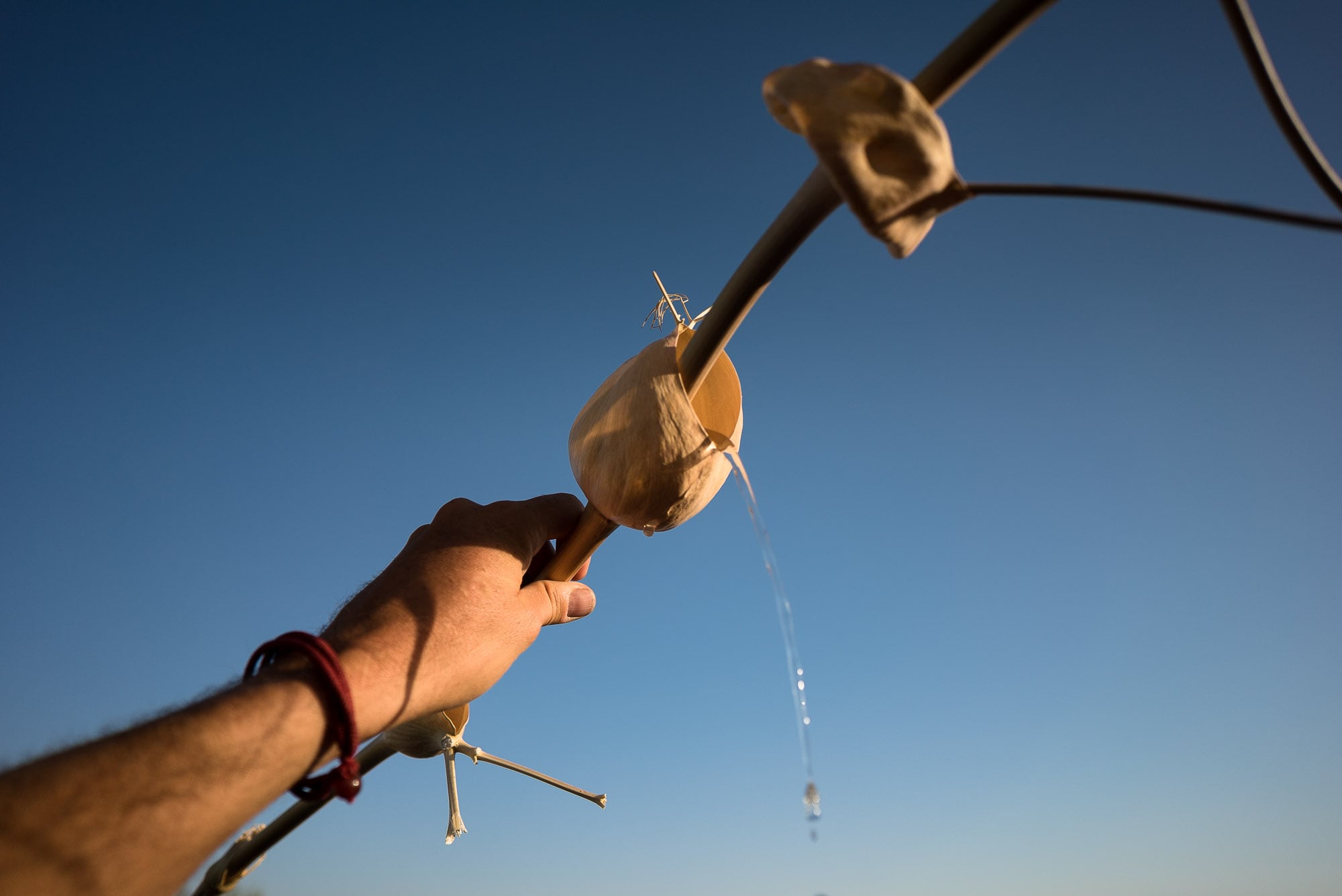 The rest of the way was just the quiet road with its craters: 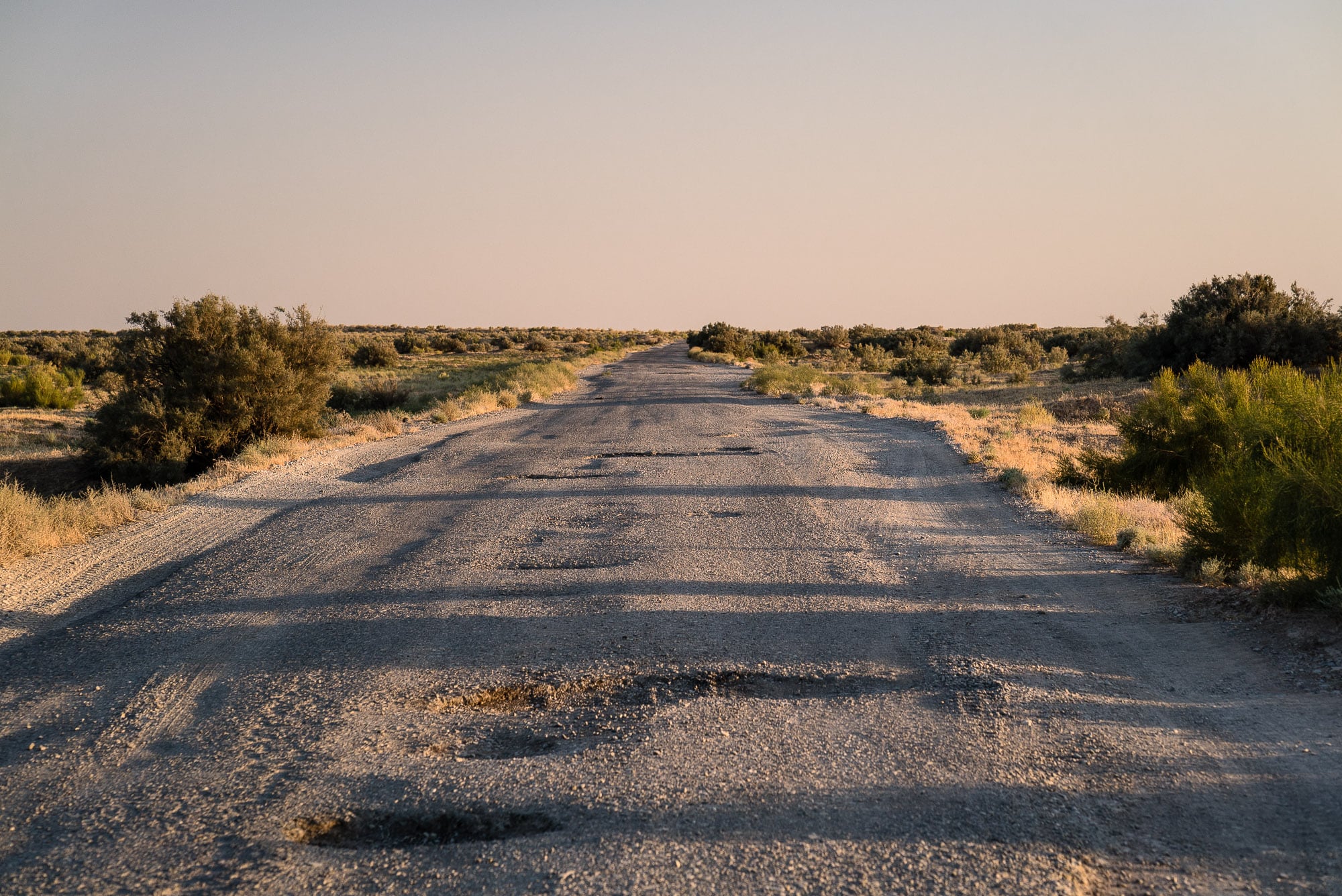 And the sun going down over the steppe: 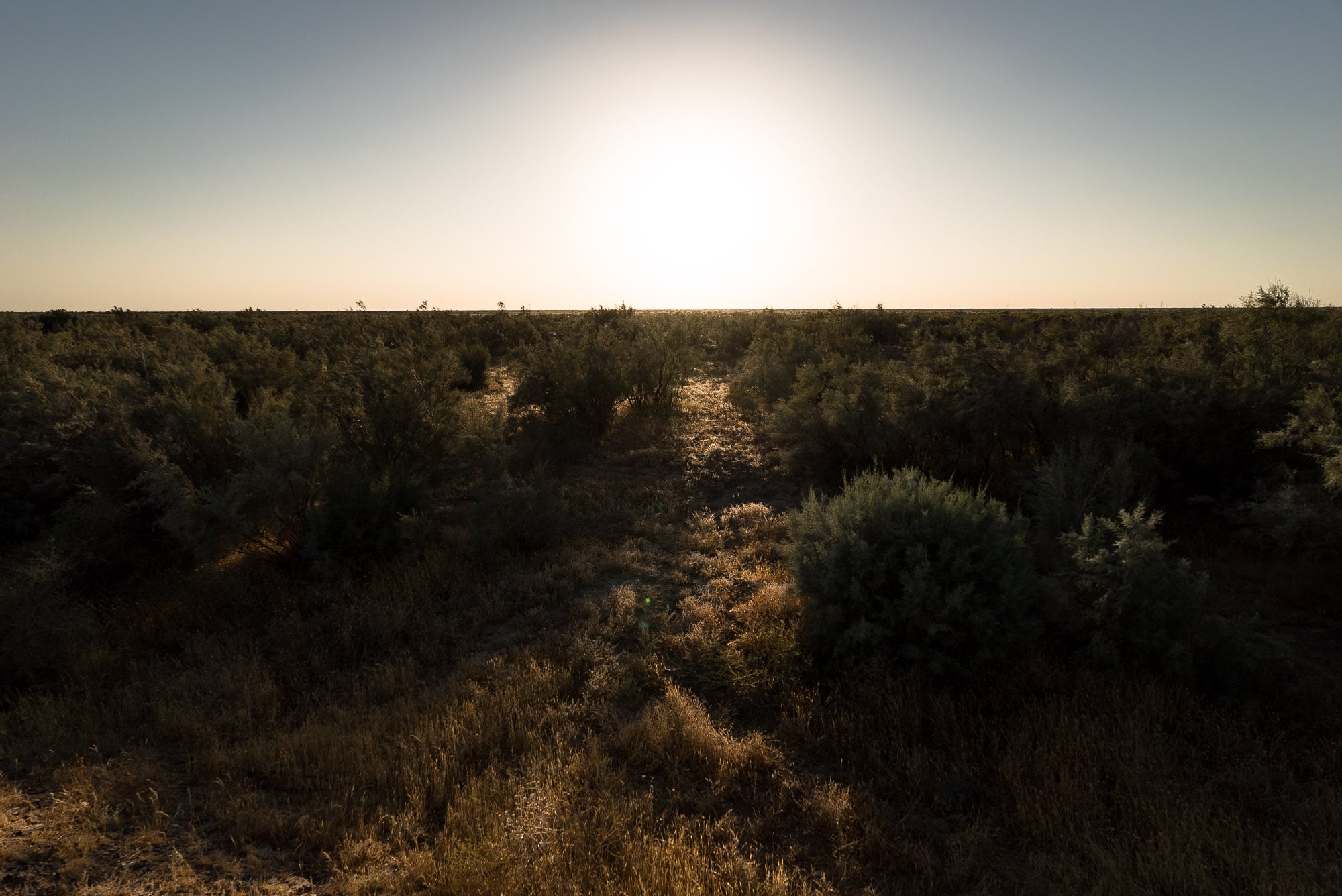 We set up camp a bit further from the road than the day before, and we made sure that there were no houses and no fields and no people around. We didn’t want to end up in tractor hell again!

And then he came to us: 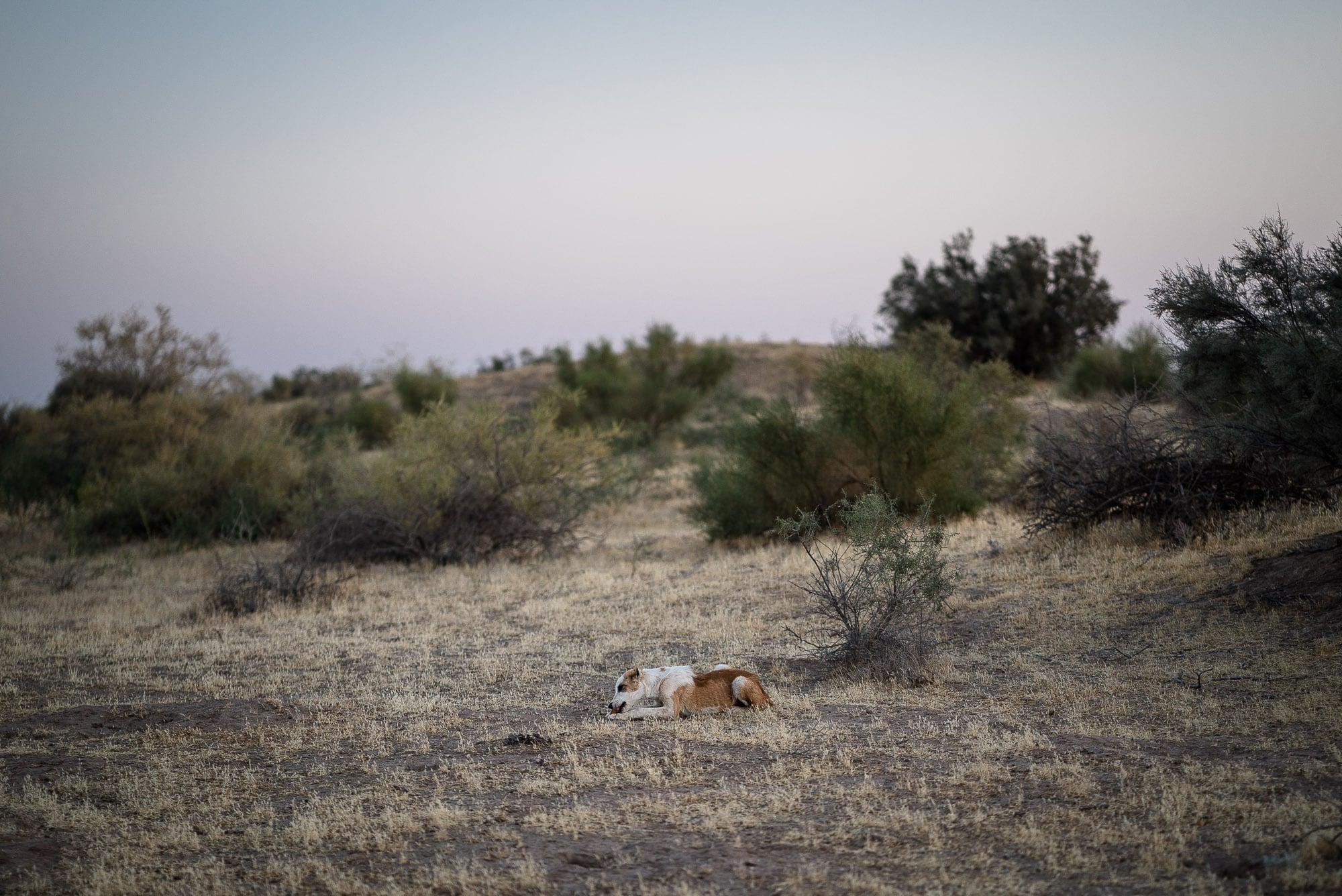 A little stray dog, ribs showing and all. We gave him some water and some bread, and he seemed to love the hell out of it, so I decided to call him Bread. Or Nang:

He stayed with us until the stars came out: 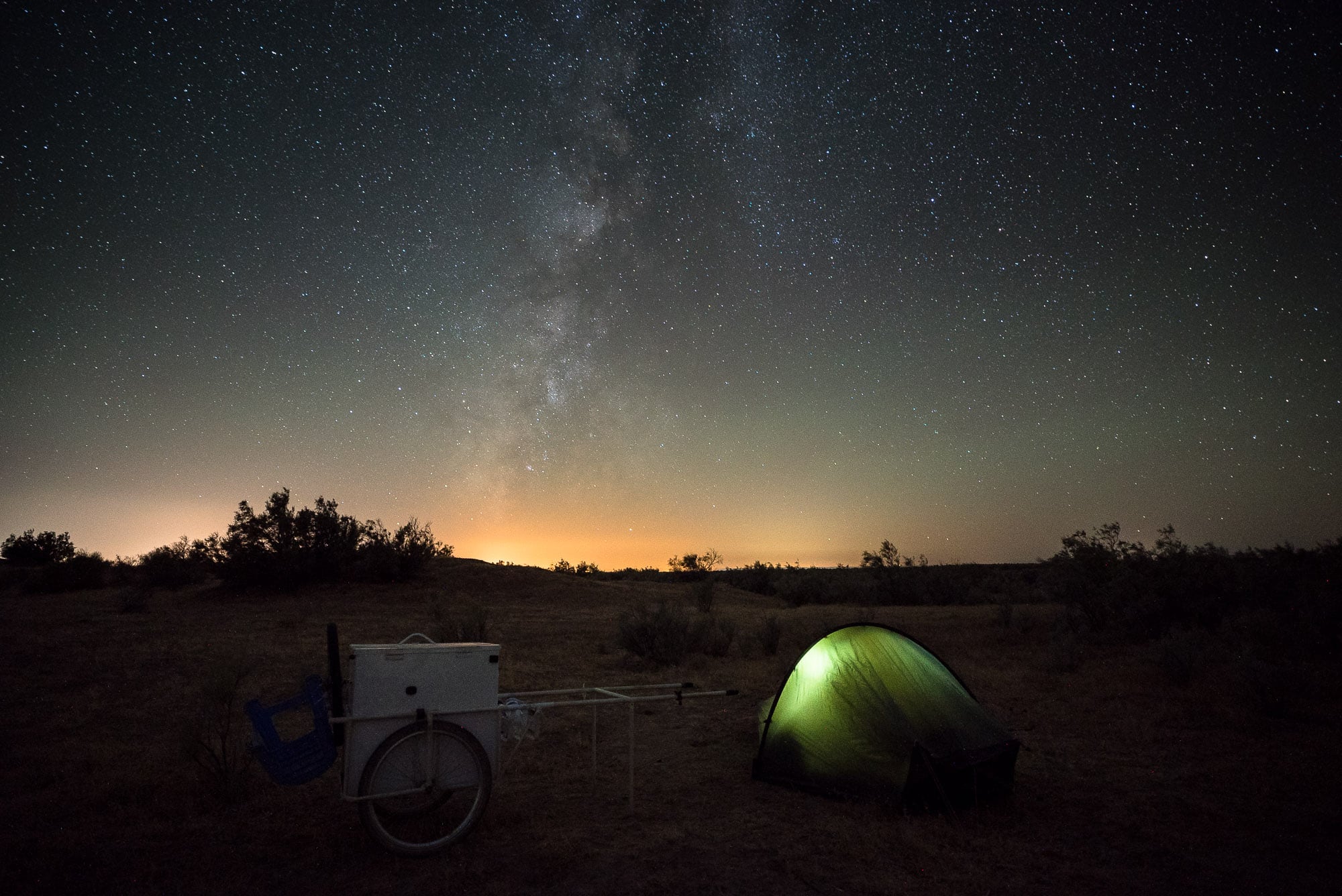 I wondered if he would still be there in the morning.