I had gone to sleep with 7995km down. So when I woke up, the next celebratory dance was just a bit more than an hour away. I had danced seven times before. Now was the eighth time. Eight thousand kilometers from Beijing to here.

So I got on the road, walked a little bit: 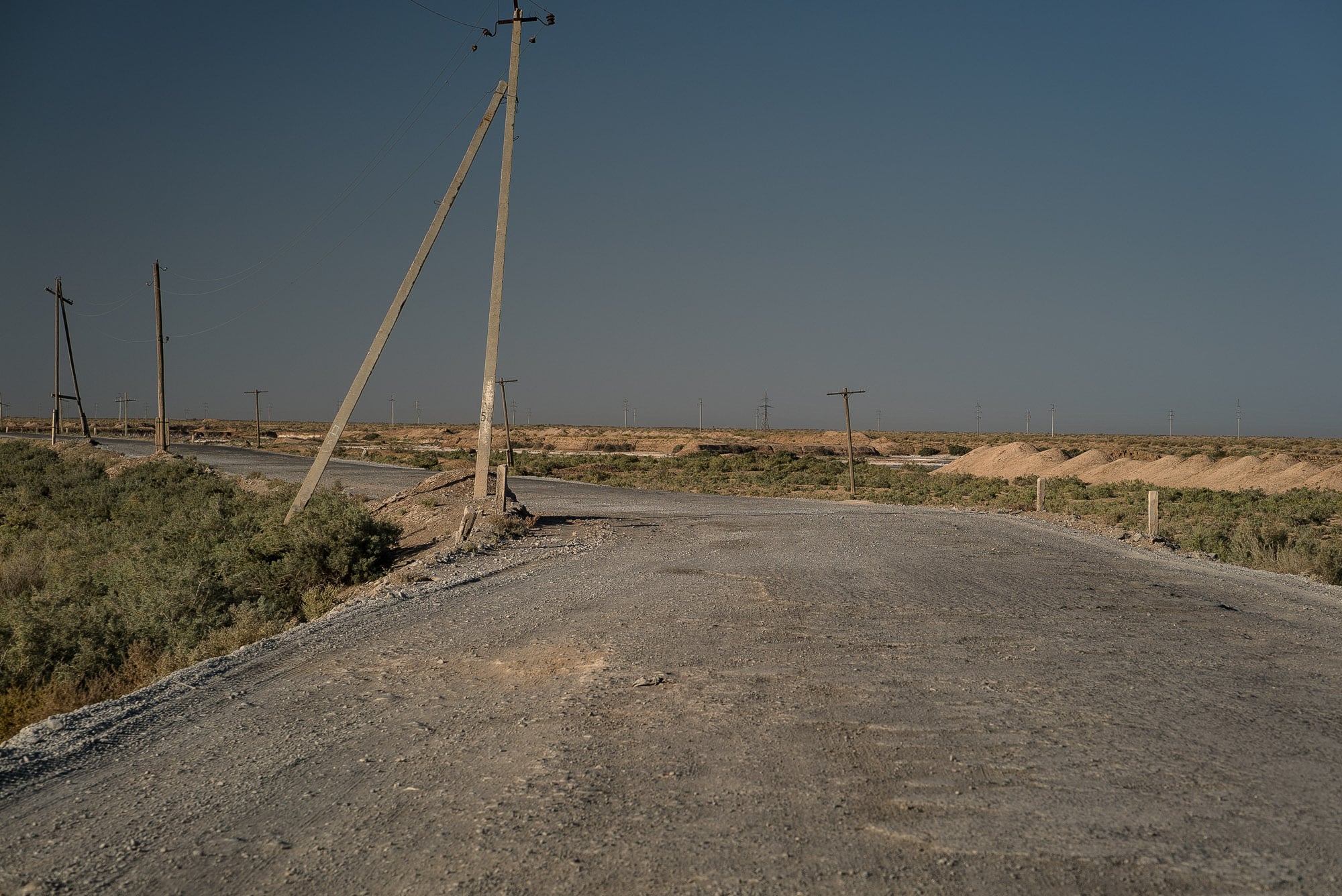 And then I danced: 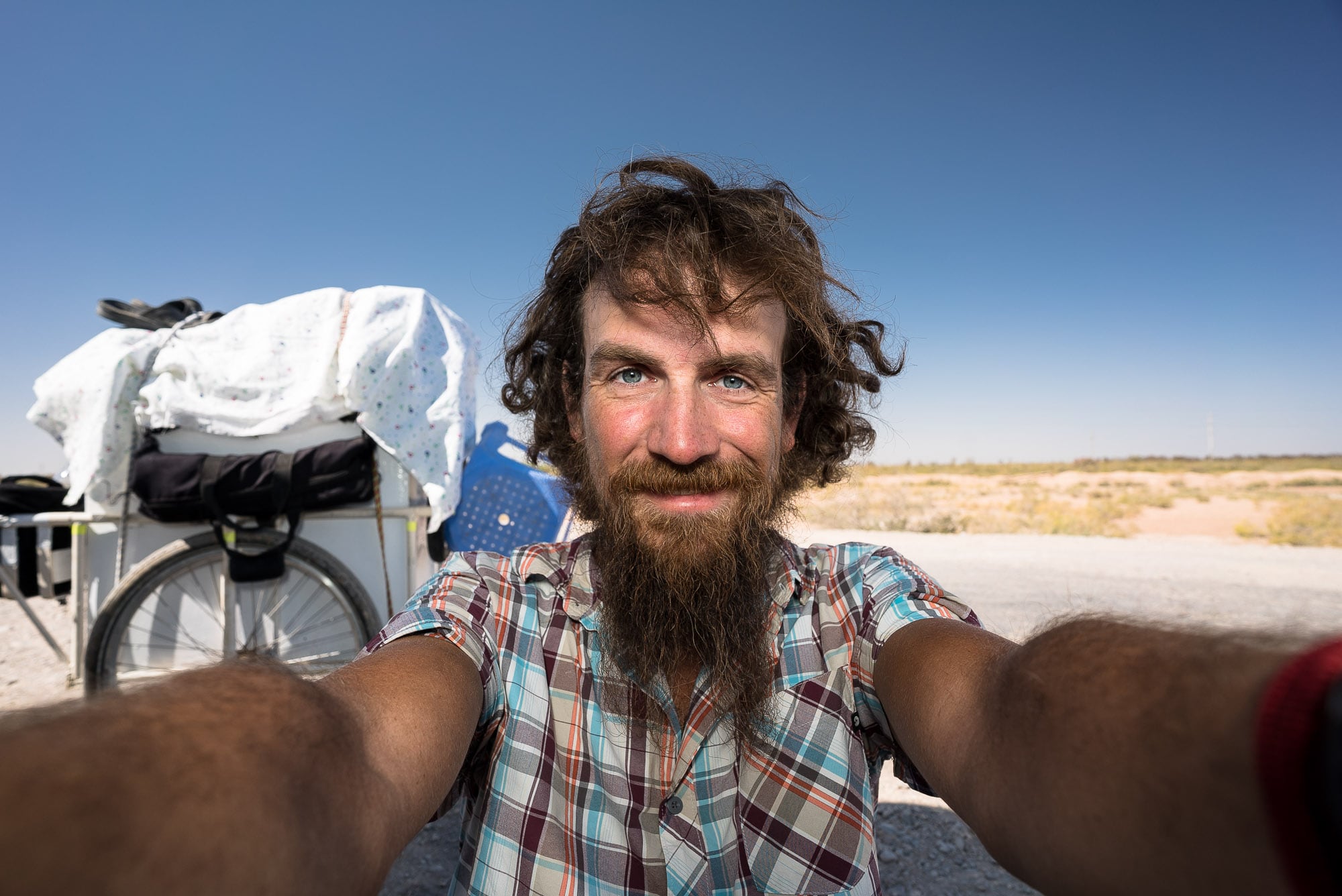 If you look at the map, you will see a large water reservoir to the East of me. Well, I never went there, and I have no idea what it looked like. Because my heart belonged to some little salt lakes on the Western side of the road. There was one of them right next to the location of my dance: 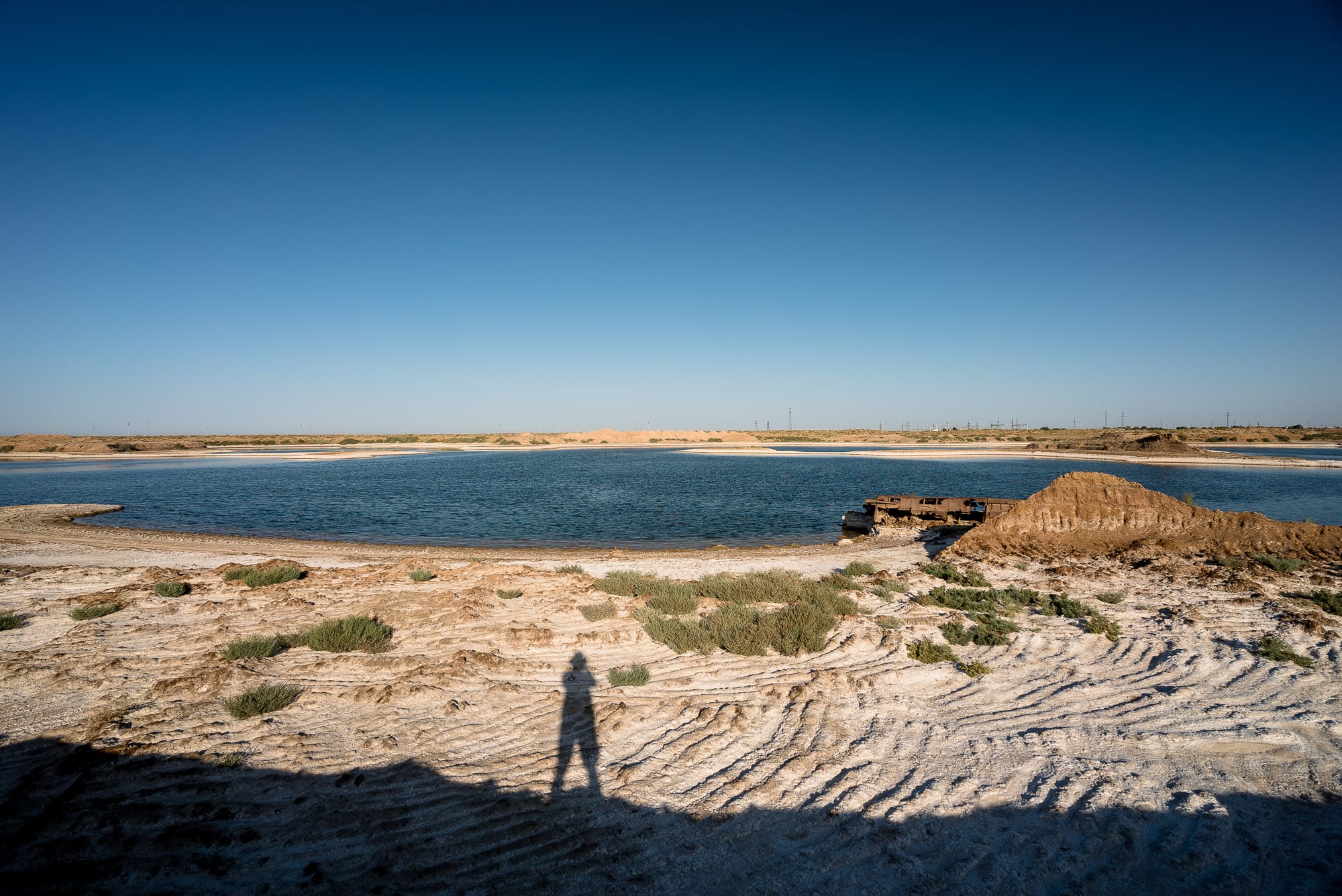 The problem was: how to get down there? 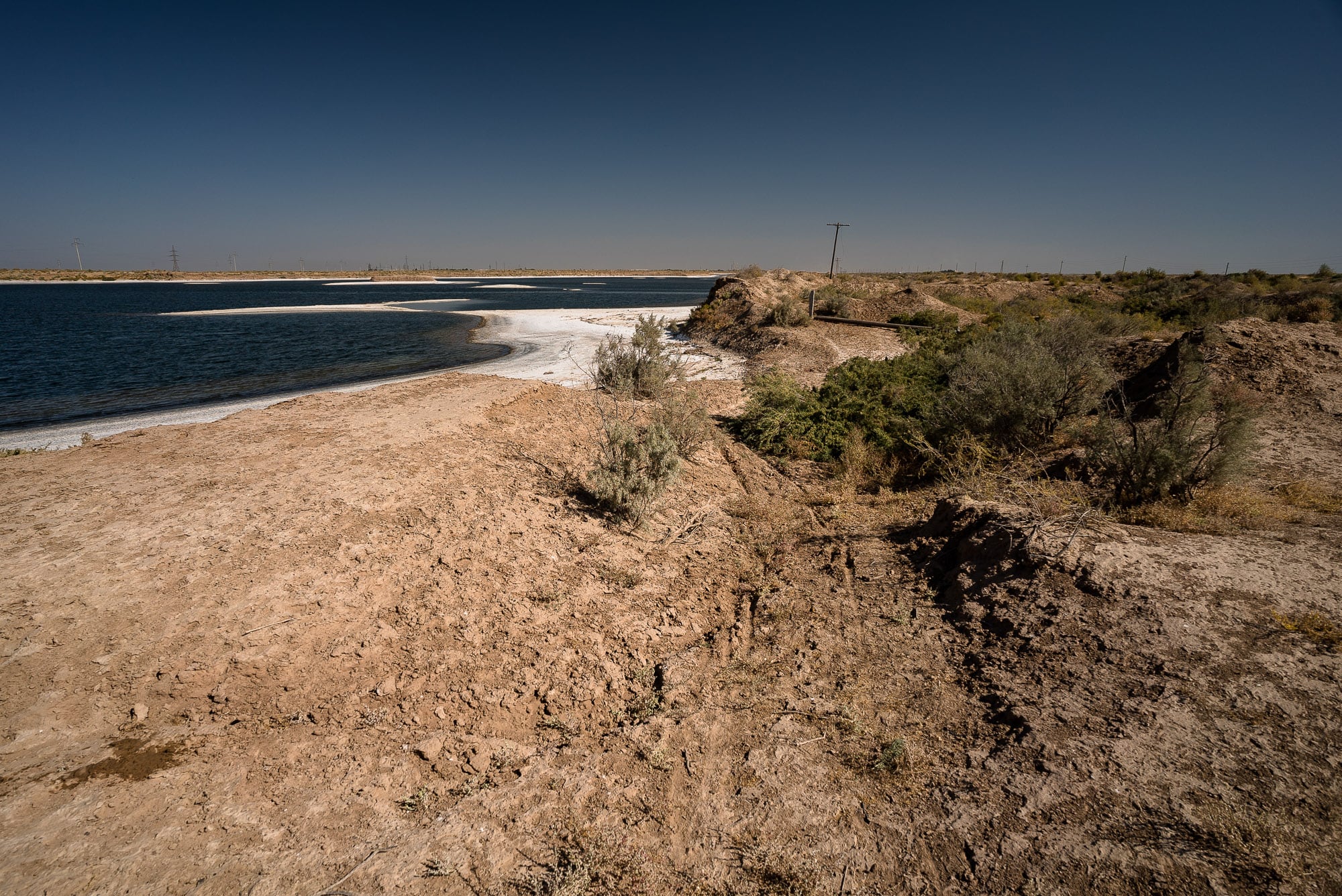 Well, we somehow made it, the Caboose and I, and when we were on the shore of the salt lake and I sat down, I felt… happy:

The lake had a surreal beauty to it: 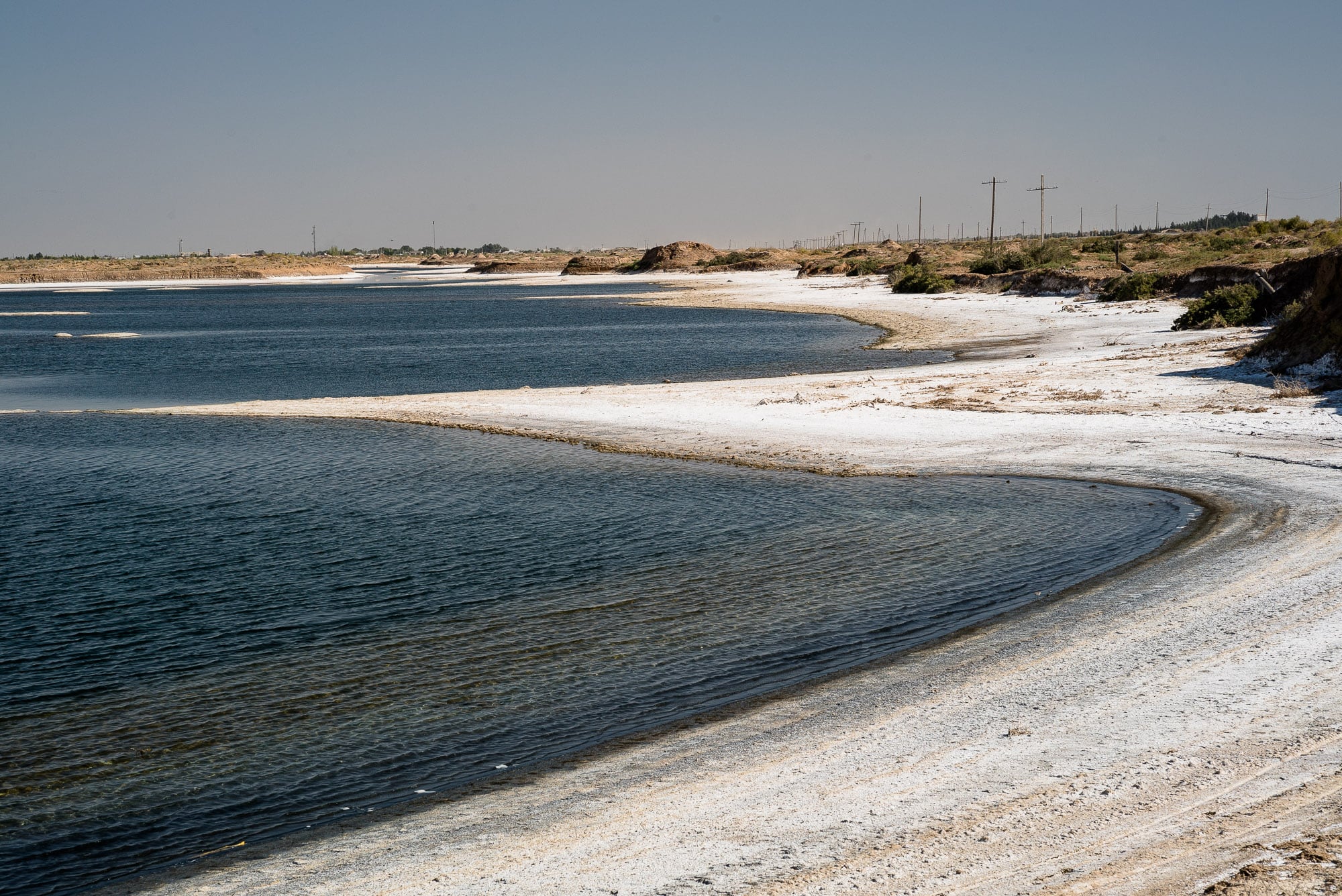 But with its slushy shore, it was not a place where you would want to walk or pull Cabooses: 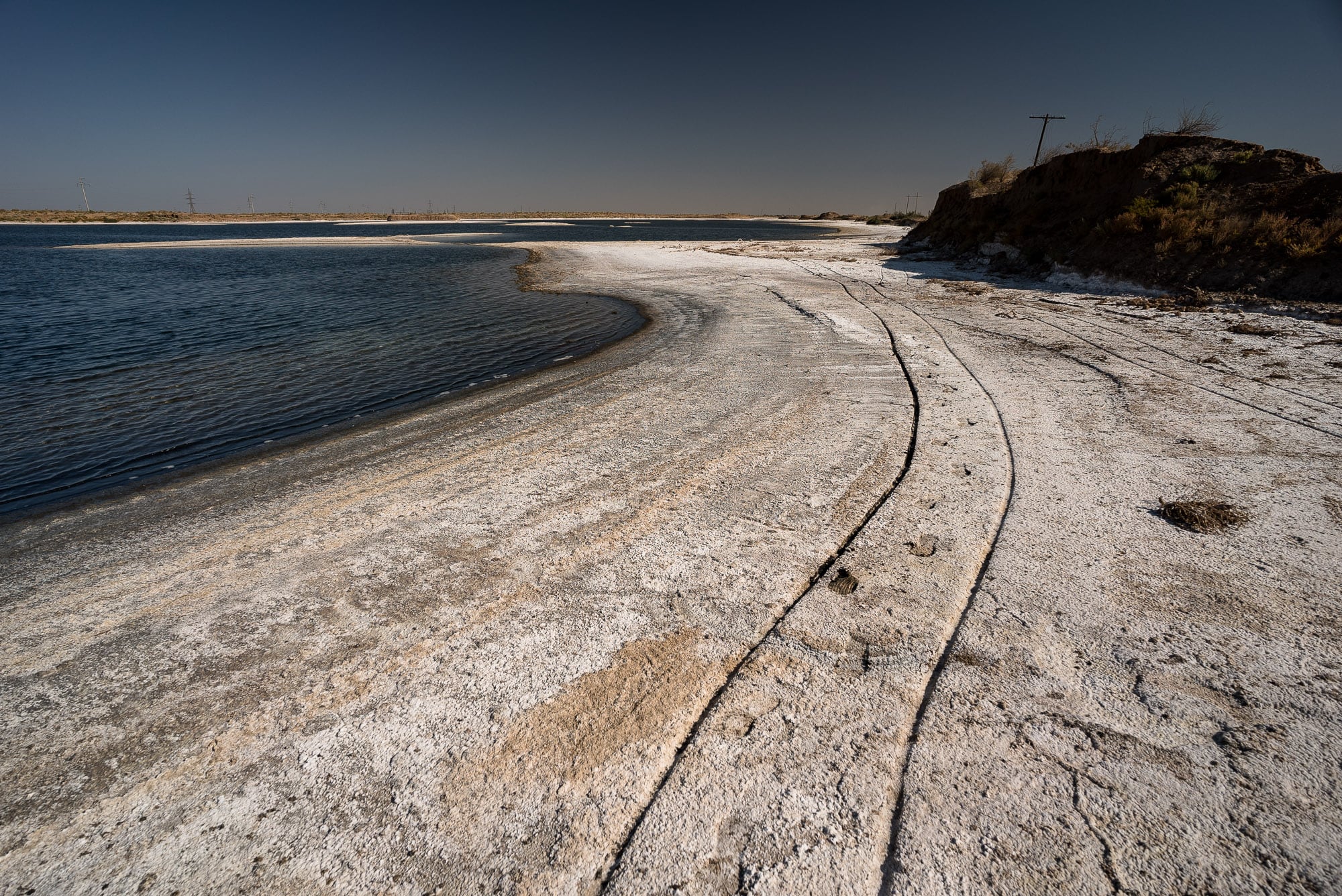 I stayed there for a little while, then I went back to my road: 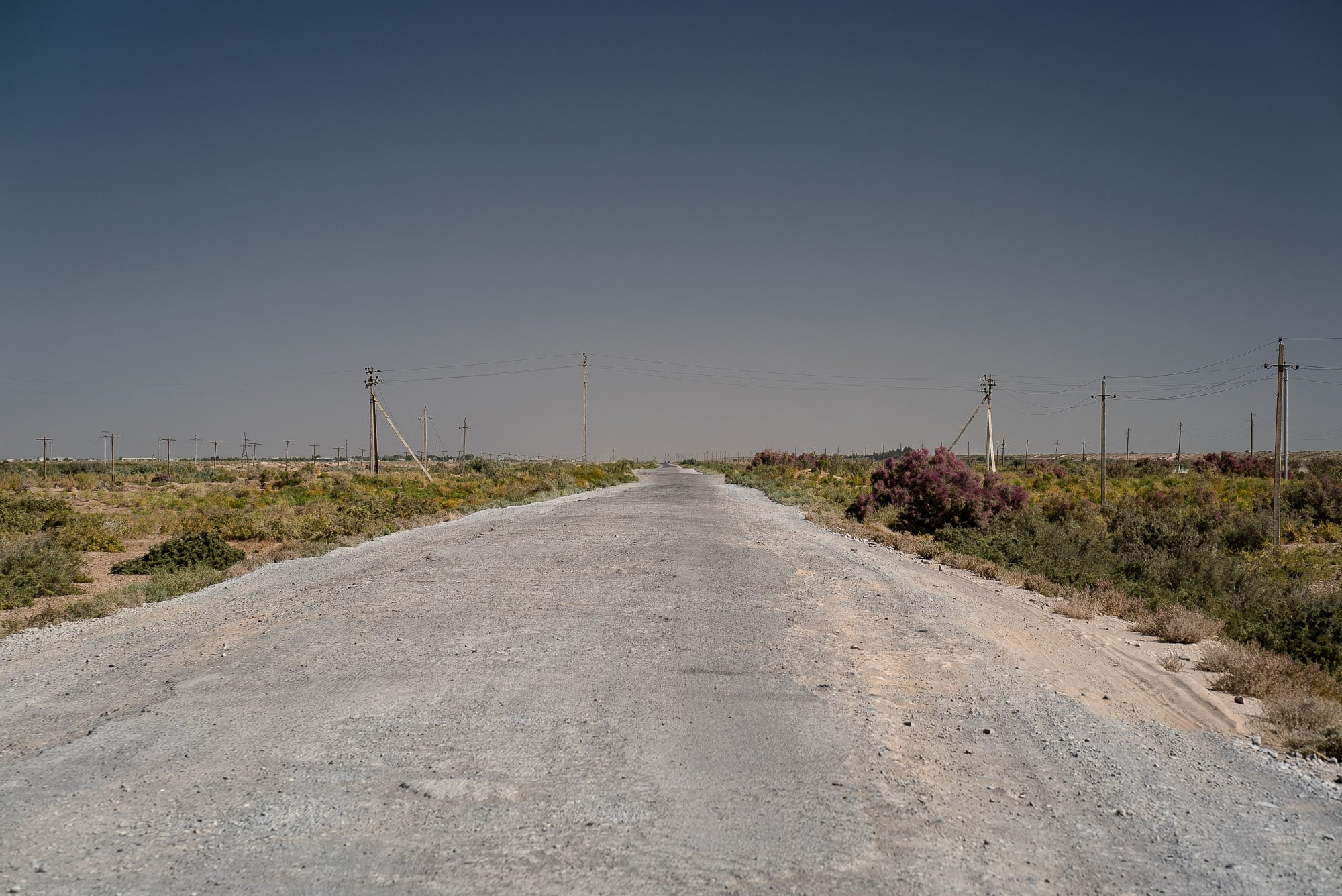 The Caboose and I had mixed feelings about that road: 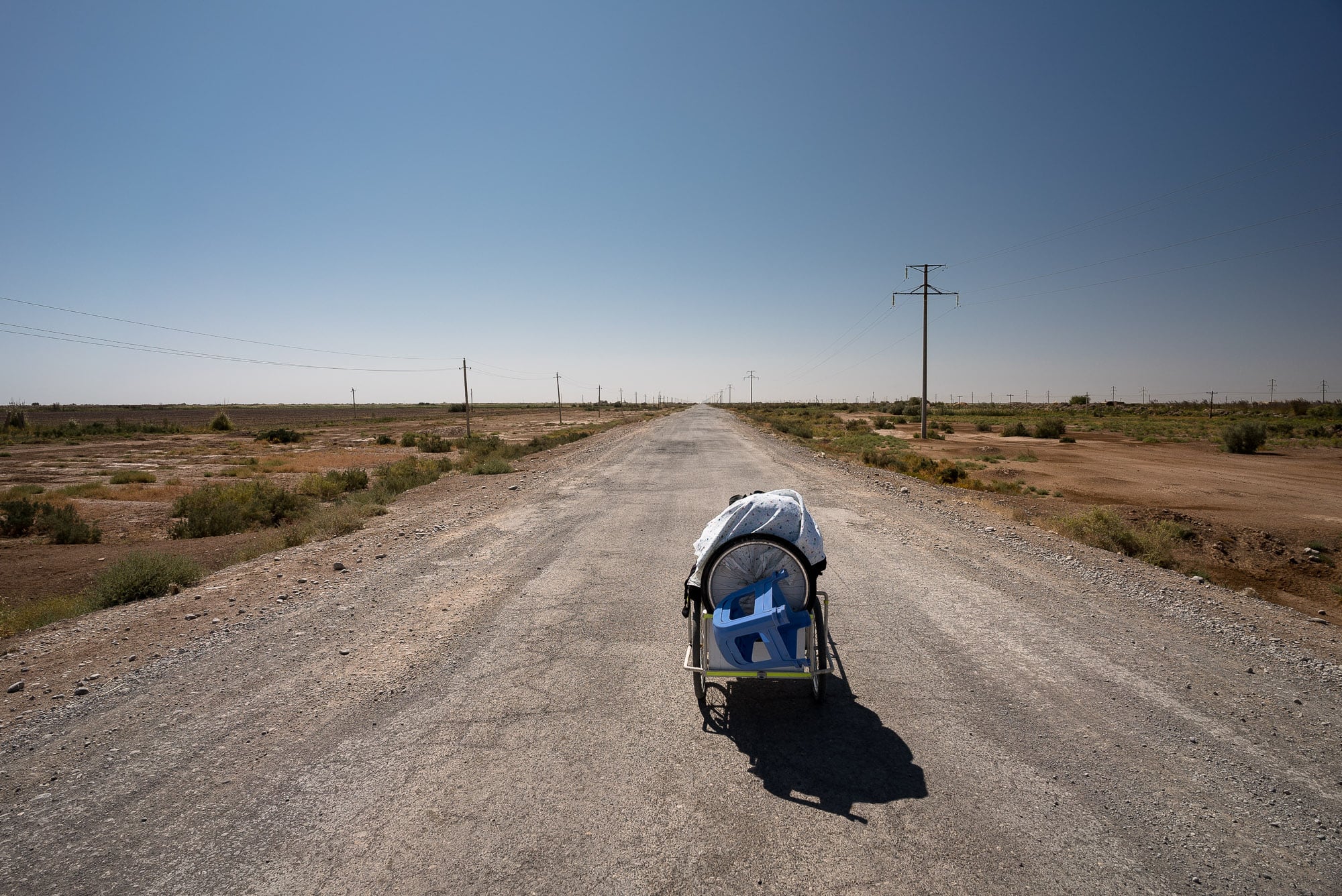 On the one hand, it was full of potholes, which made walking a bit more tiring than on the regular road. But on the other hand, there were hardly any cars around. I saw maybe twenty cars altogether that day. It was peaceful, and it was quiet.

So yeah, mixed feelings, but I think the good outweighed the bad.

We came to another salt lake, only this one was red: 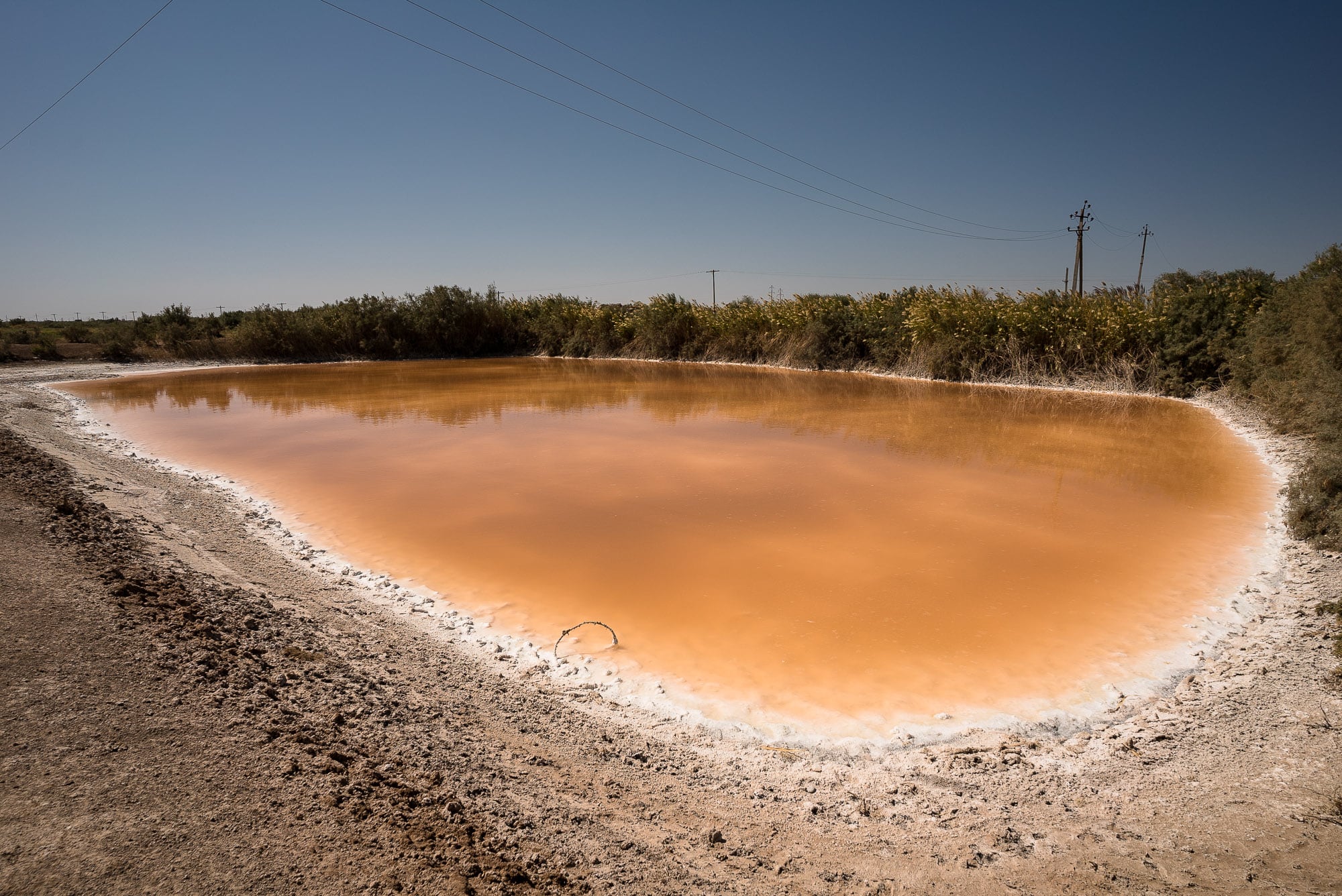 Or maybe it wasn’t salt? What else would look like this? 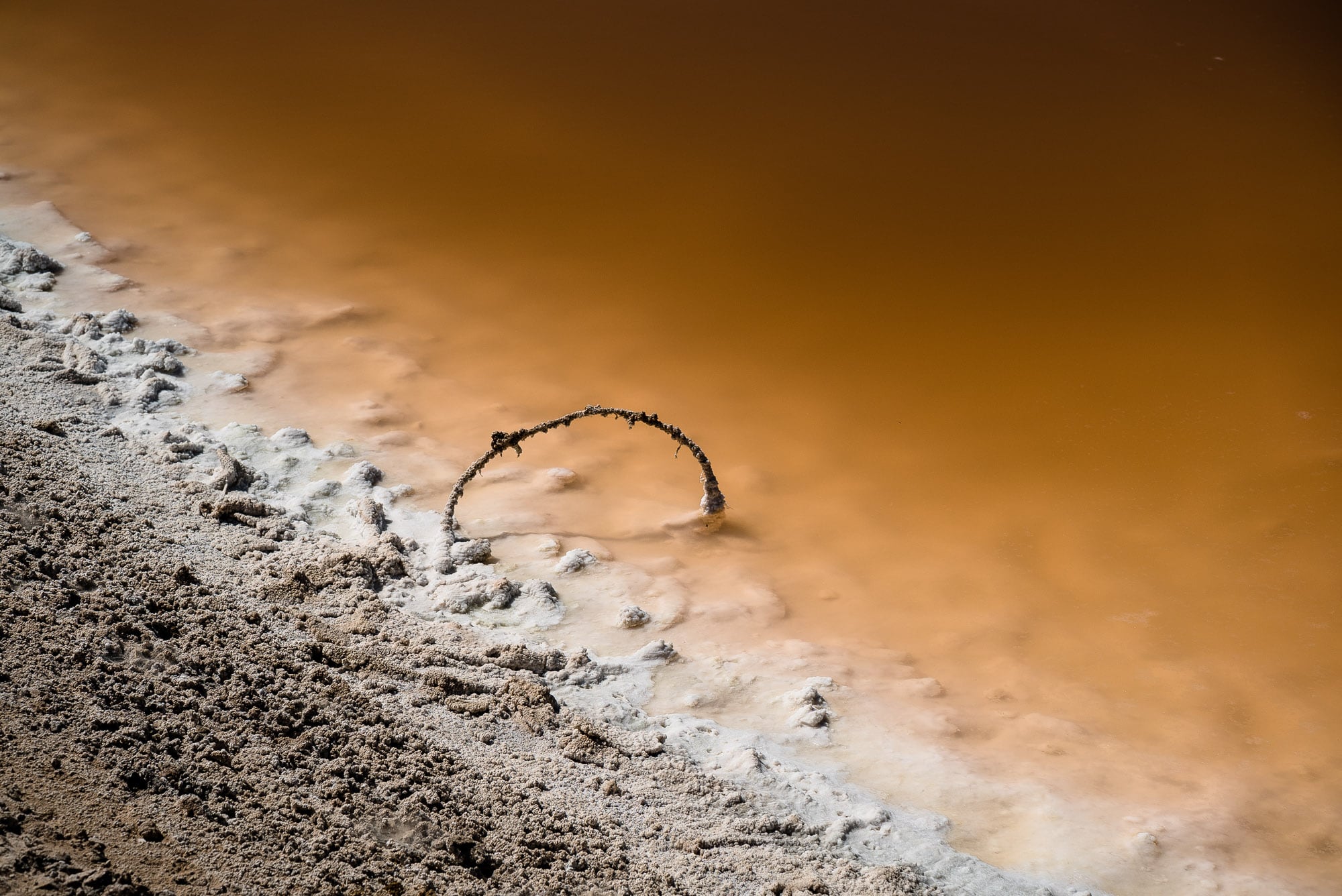 I was still stupidly contemplating this question when a car full of soldiers stopped next to me. They shot a few questions at me, and I felt a little insecure, because the Boss and the Don had went ahead in the car and were nowhere to be seen. But in the end the soldiers and I shook hands, and they gave me a bottle of cold, sparkling water.

No, the moniker “North Korea of Central Asia” didn’t seem to fit this country. It was the proverbial hermit kingdom, sure, as it probably allowed even less tourists in than North Korea. But the people here were generally very open to talk to me, and I could move about relatively freely.

The landscape had turned into steppe again at this point. Sometimes there were farm houses not far from the road: 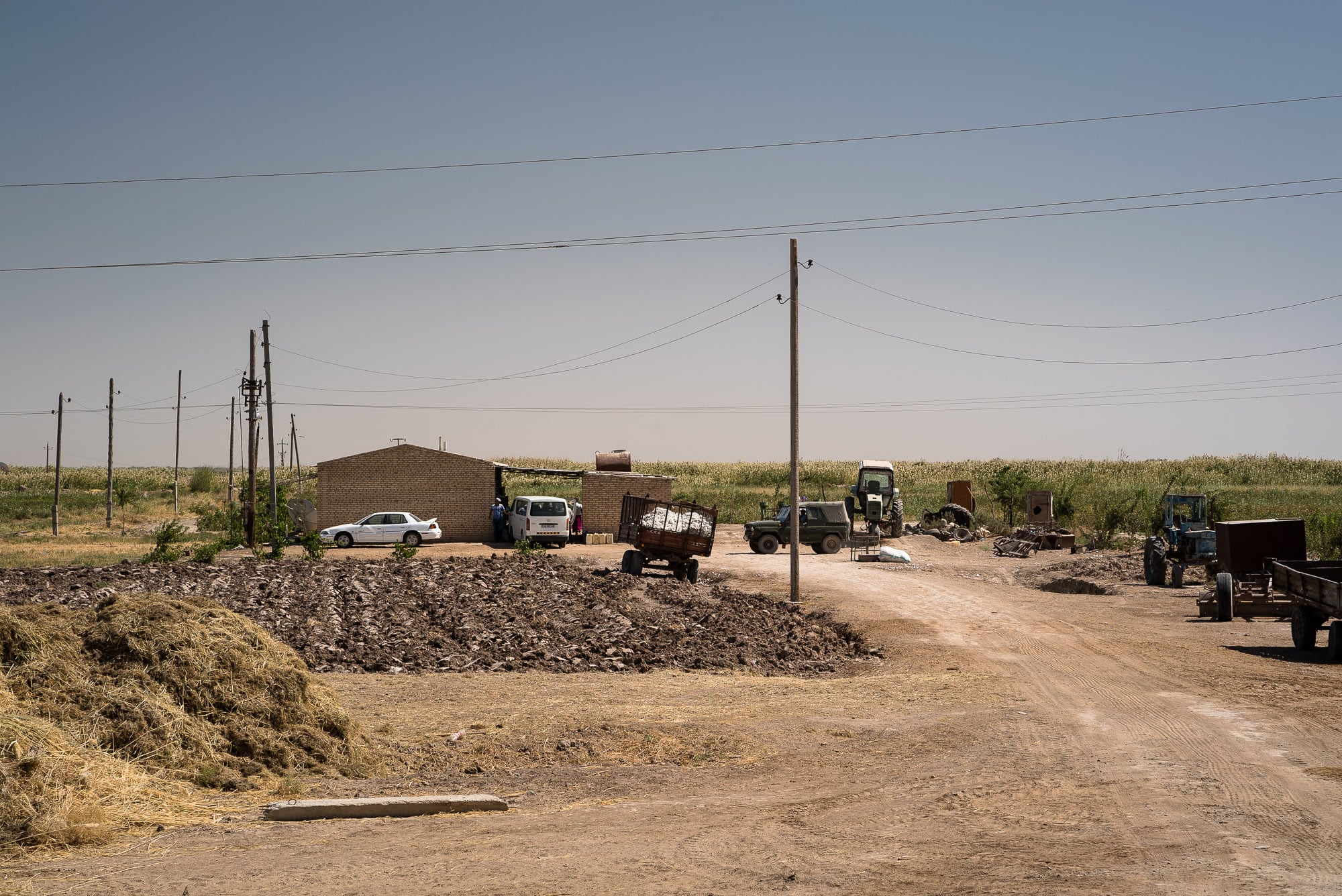 Here’s a Let’s Walk video of the day:

Then there was one last tiny little shop: 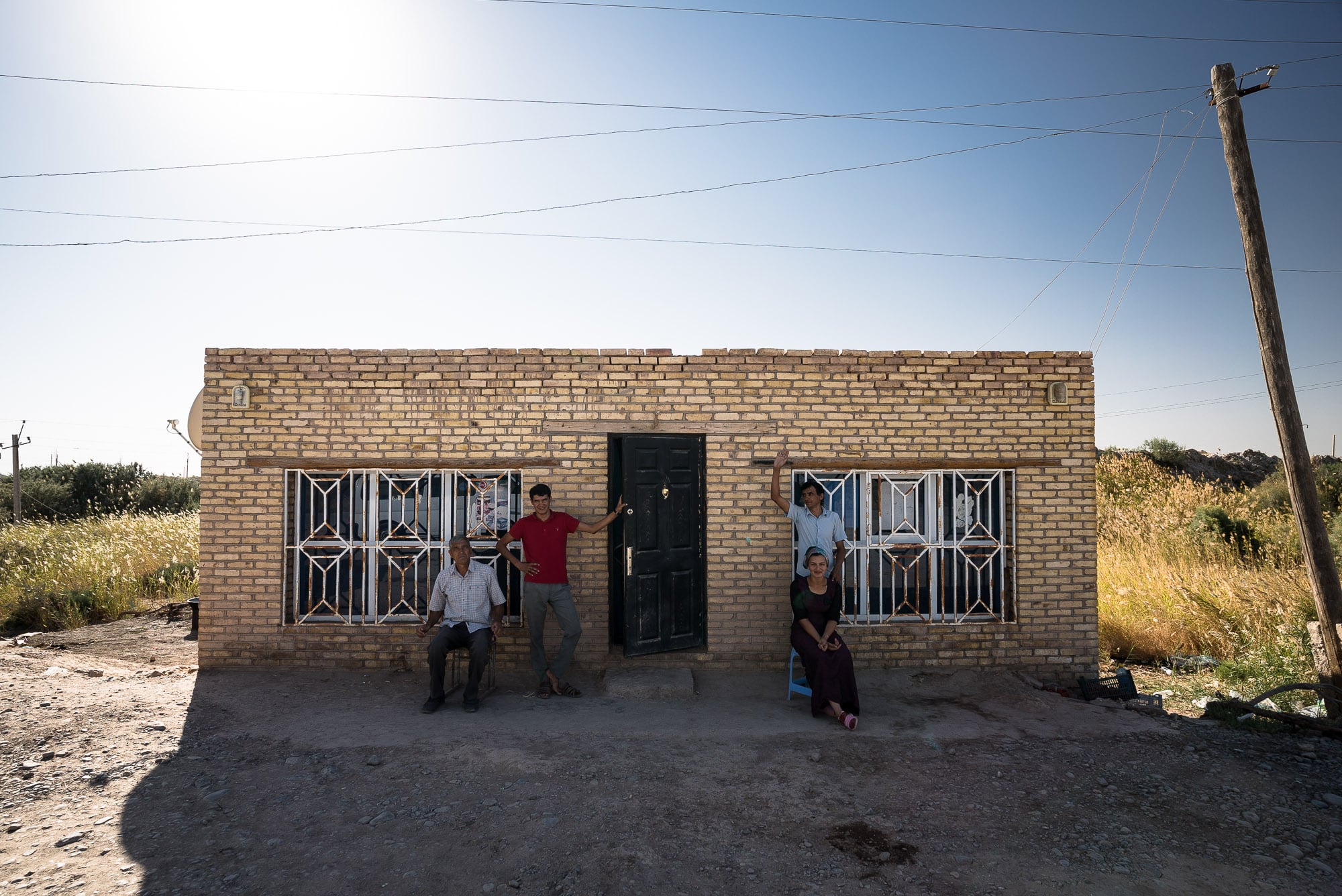 Then a large bridge: 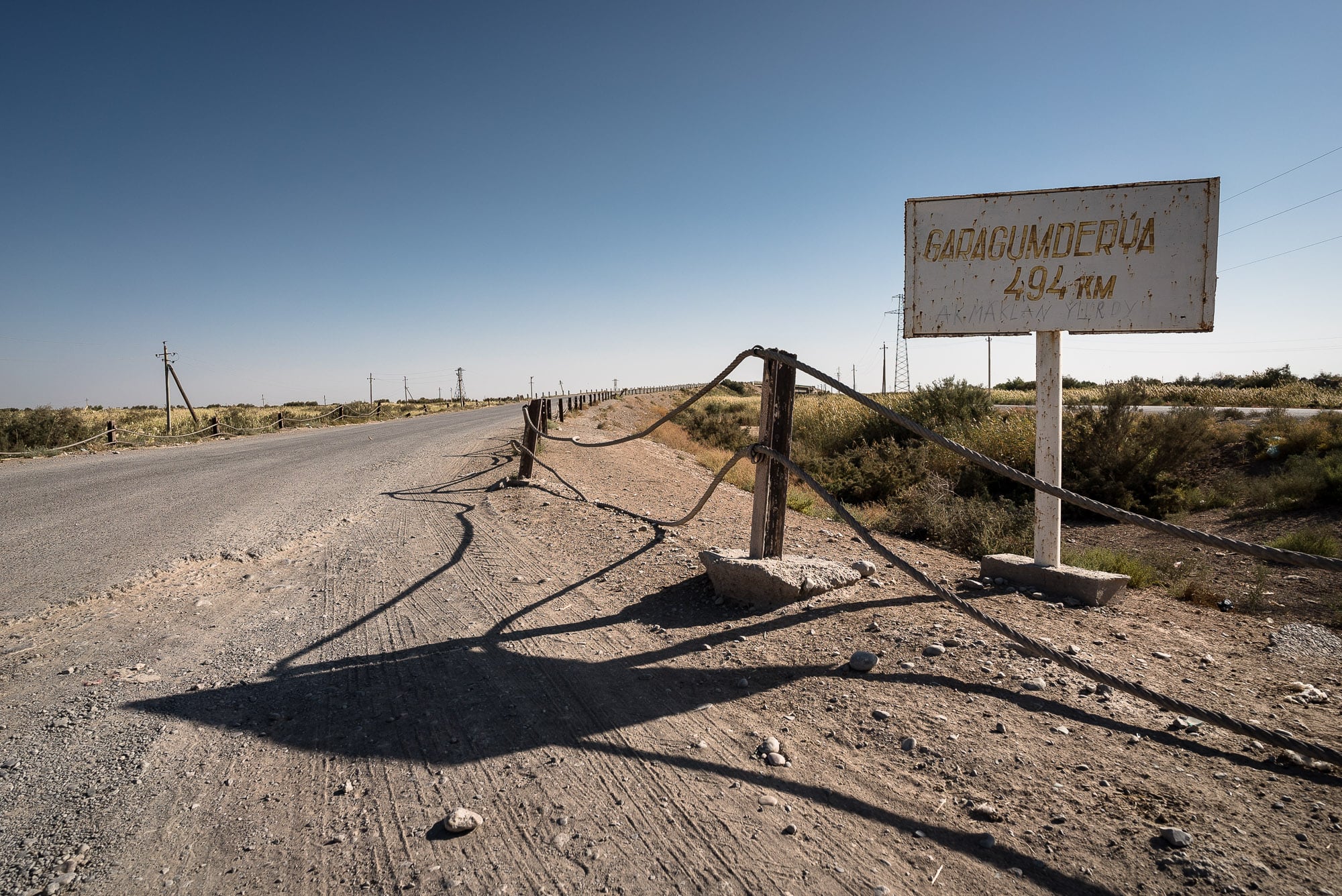 It spanned over the Karakum Canal, one of the world’s largest irrigation projects: 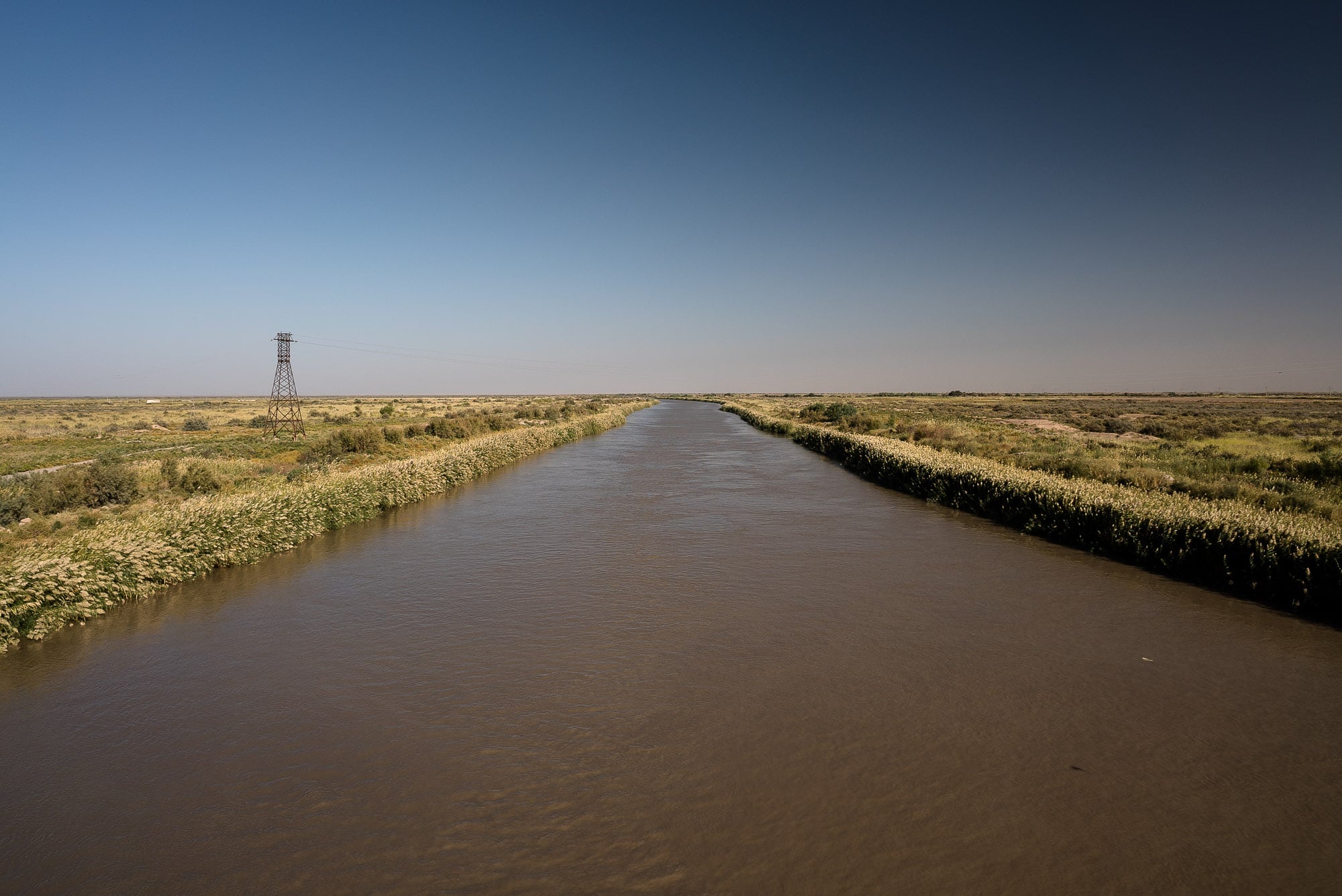 I had crossed this canal before when I was approaching Mary a few days earlier. Unfortunately, it appears that this canal is largely responsible for the suffering of the Aral Sea in Uzbekistan and Kazakhstan, because it drained a lot of water from the Amu Darya (which I had crossed on my first day in Turkmenistan).

There were some simple dwellings next to the canal: 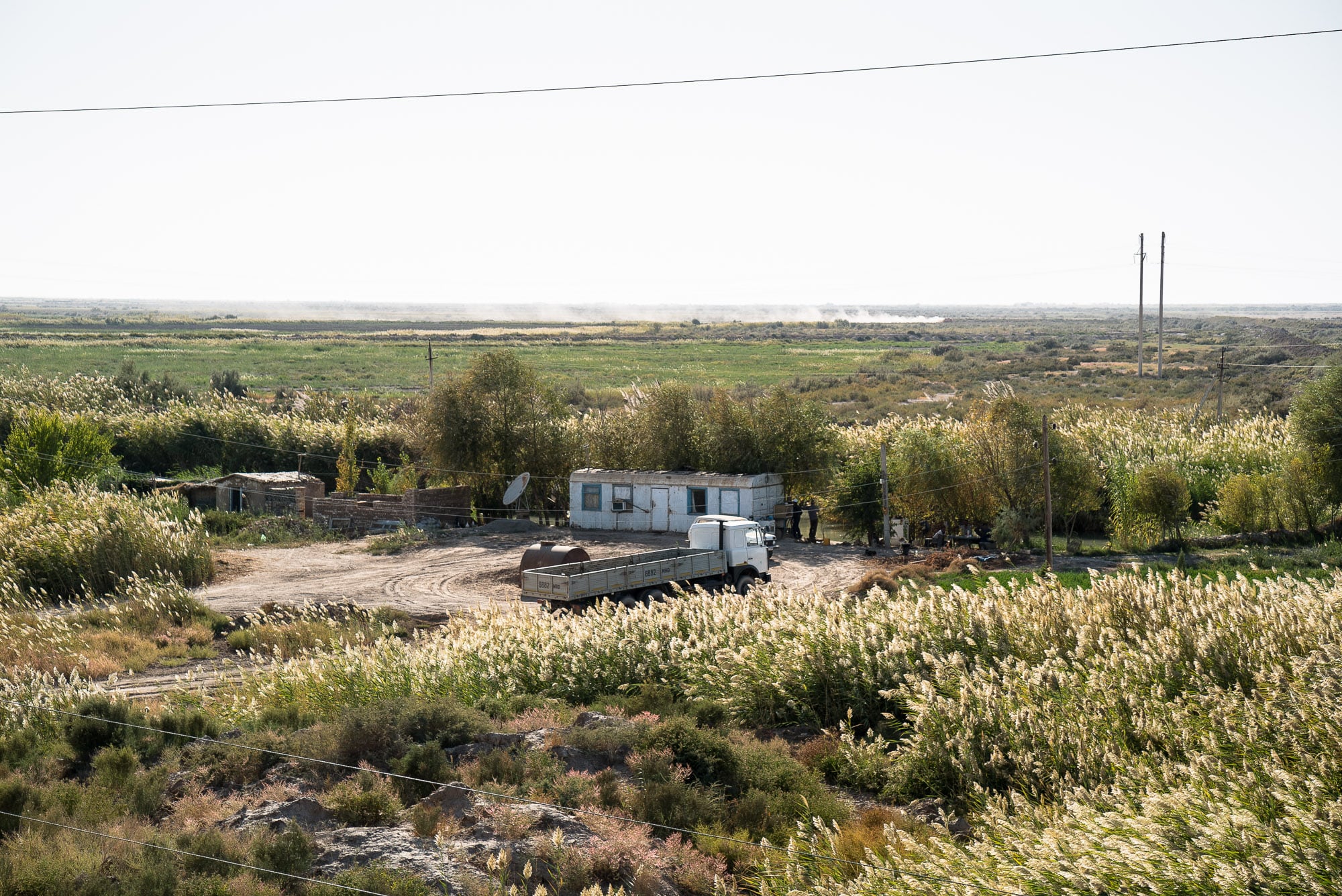 There was more of what I have previously described as “desert art”: 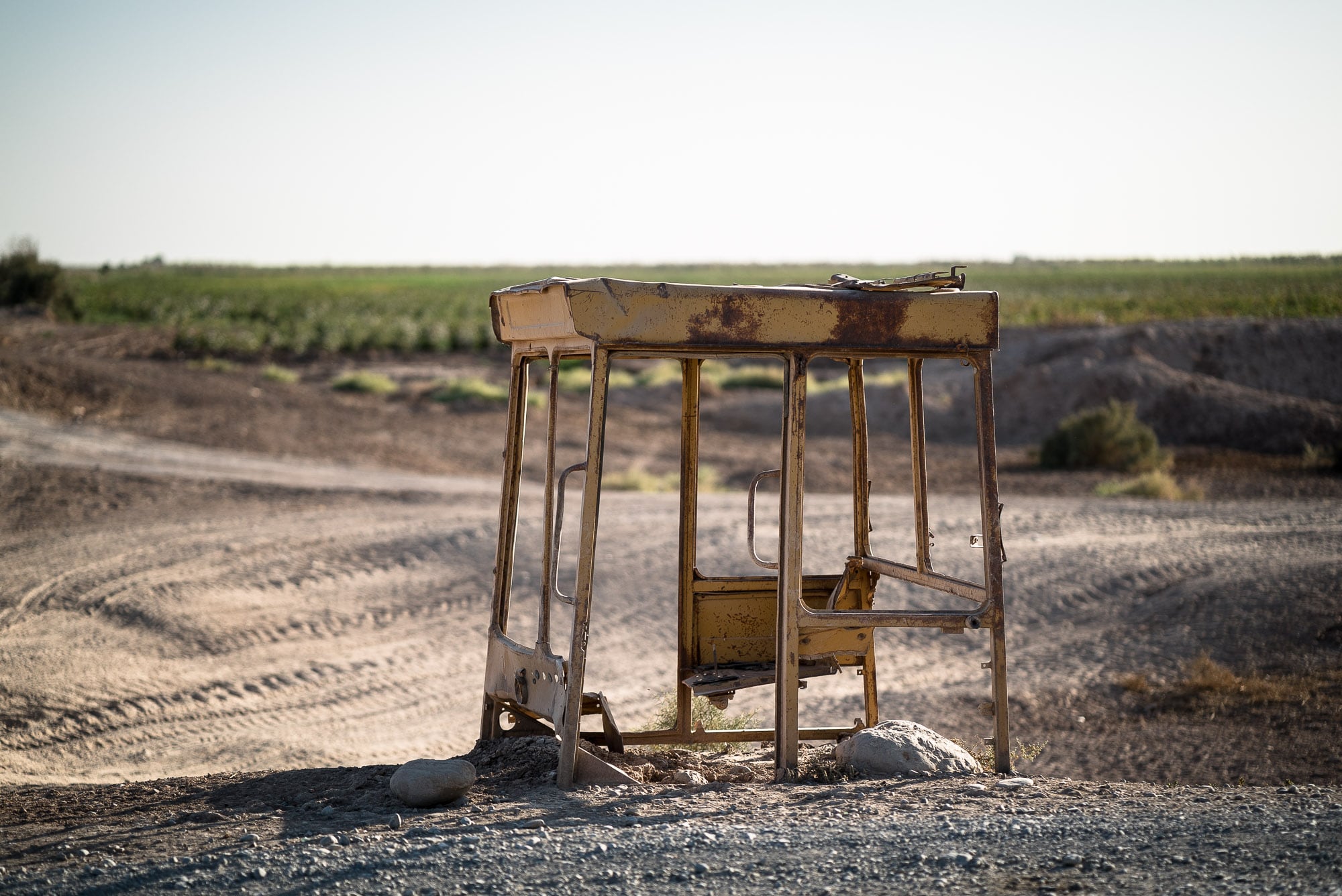 And there was Rahman, who had come home from university in the Ukraine. He was spending the afternoon looking after his family’s sheep: 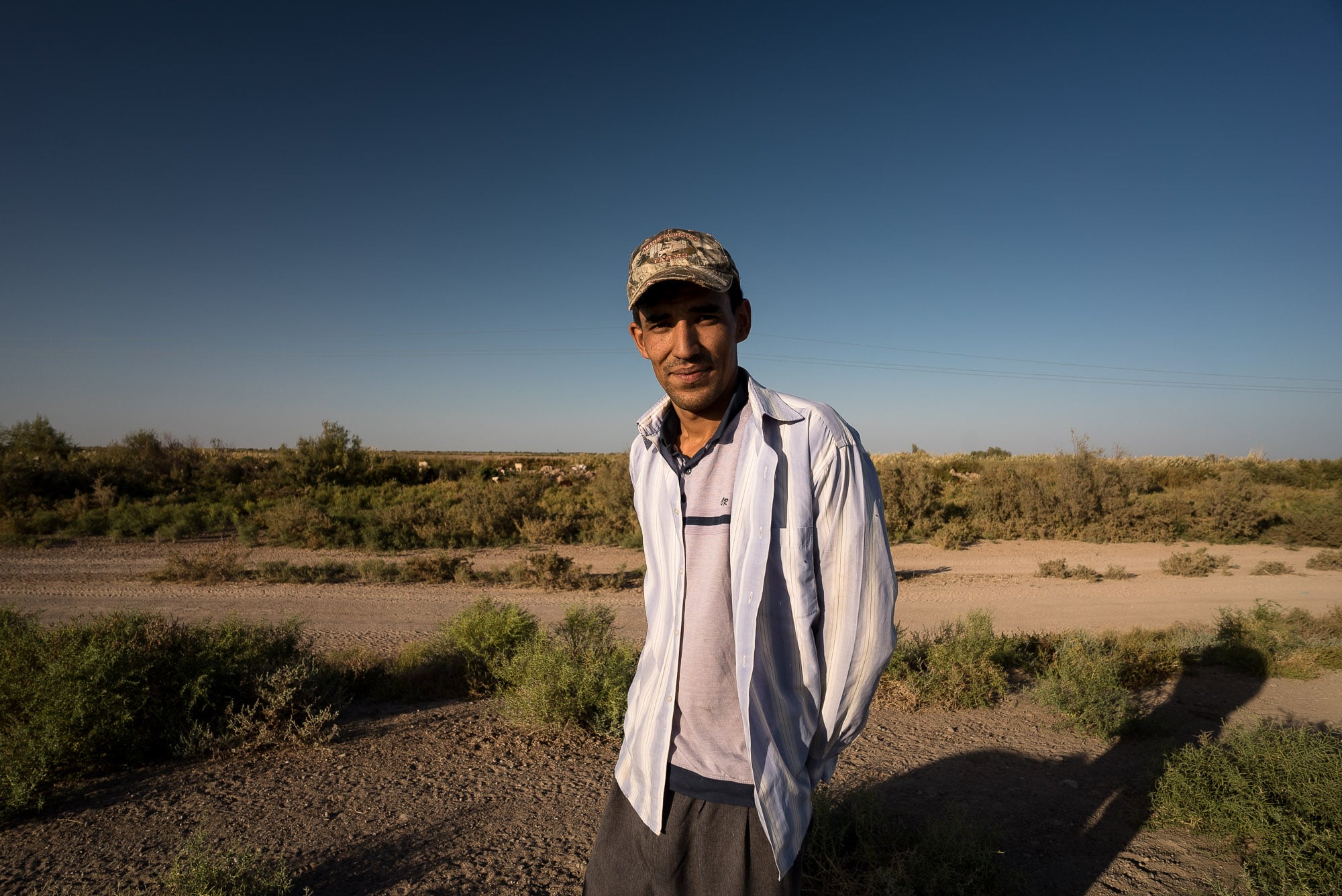 The rest of the way was nice and easy, even though the road took another turn for the worse: 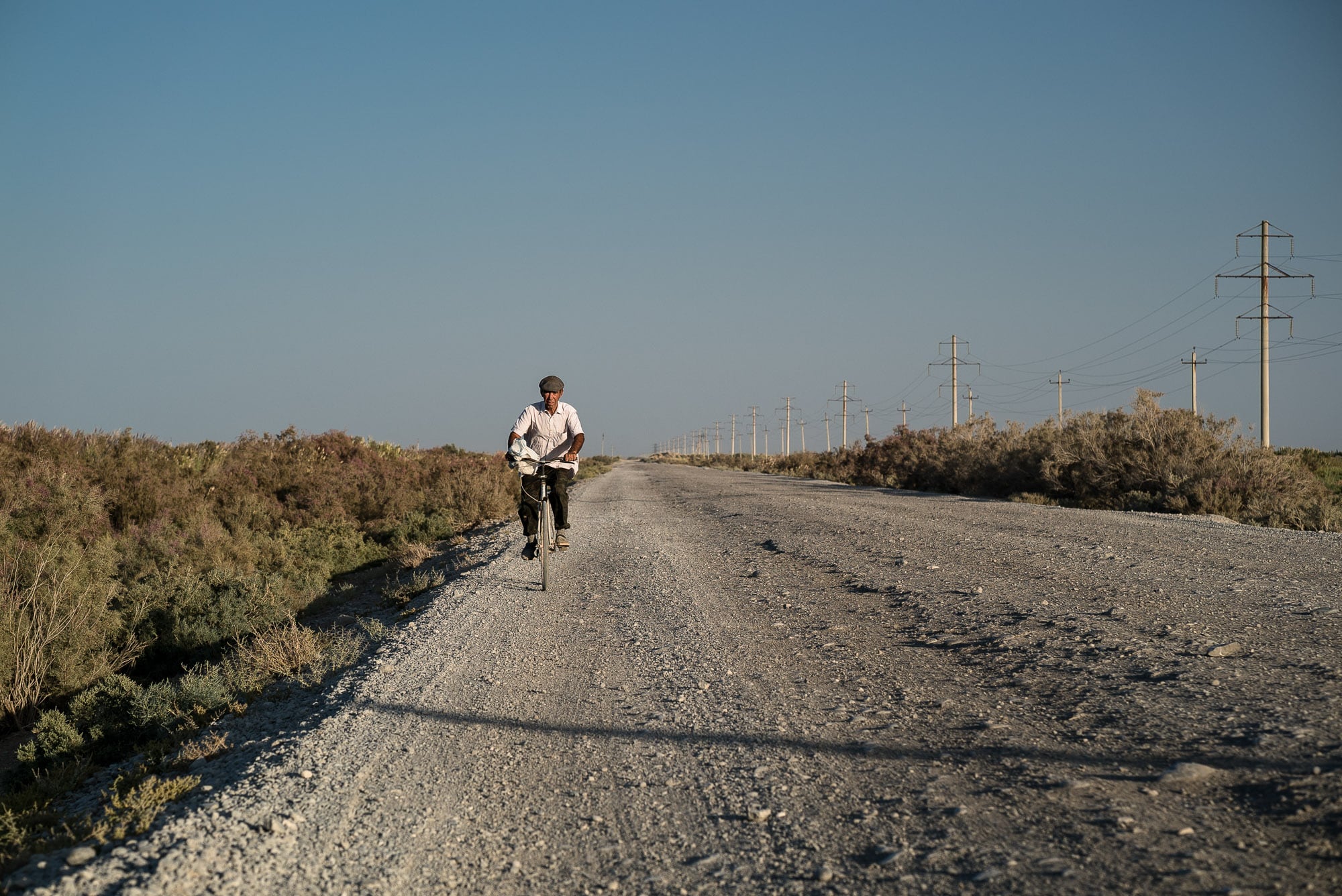 I just realized I have never shown you the Boss and the Don, right? Well, here they are: 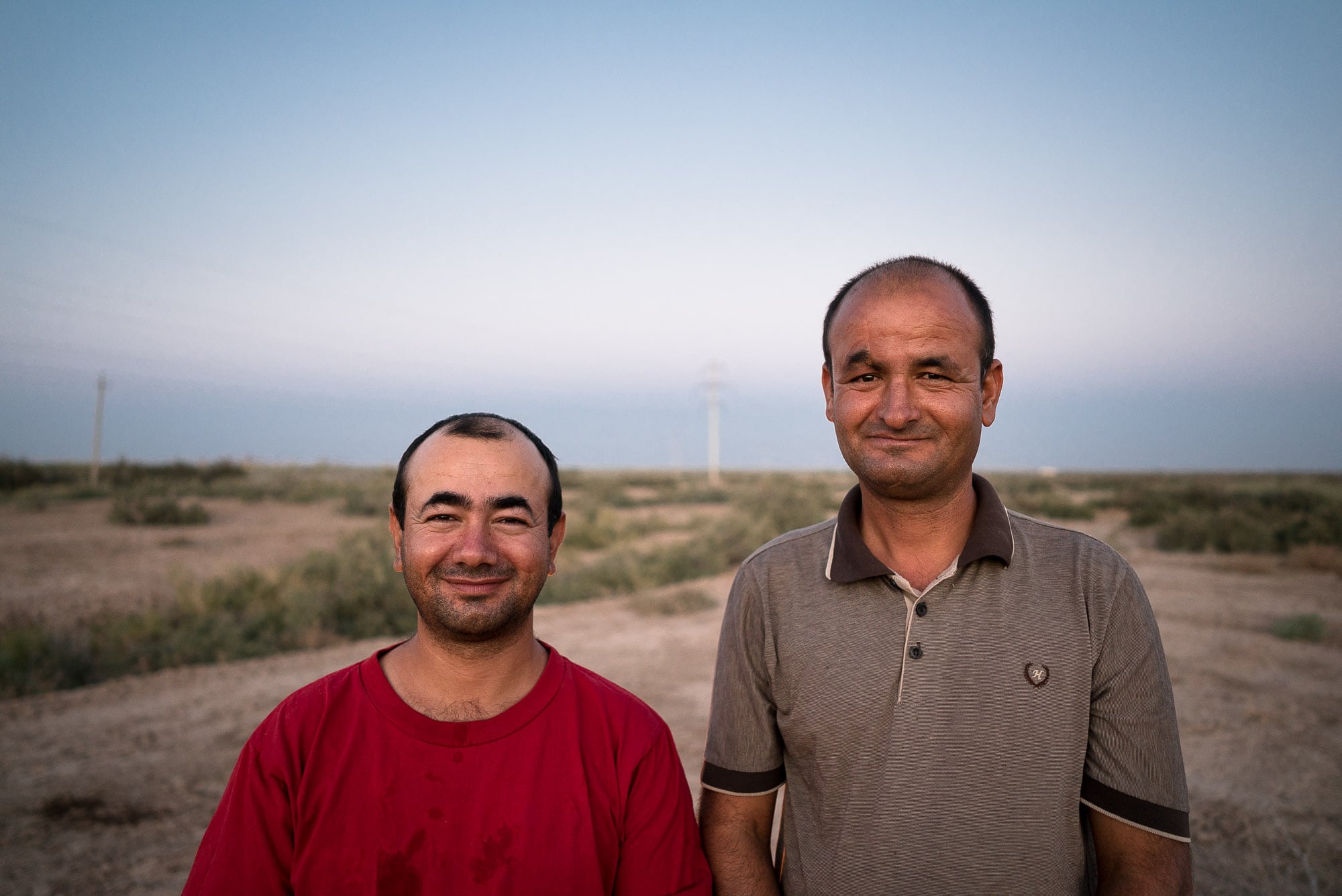 I felt very lucky to have them.

But you can’t be lucky all the time. We had just pitched our tents and were preparing to go to sleep, when a massive tractor appeared on a field right next to our camp and started plowing away: 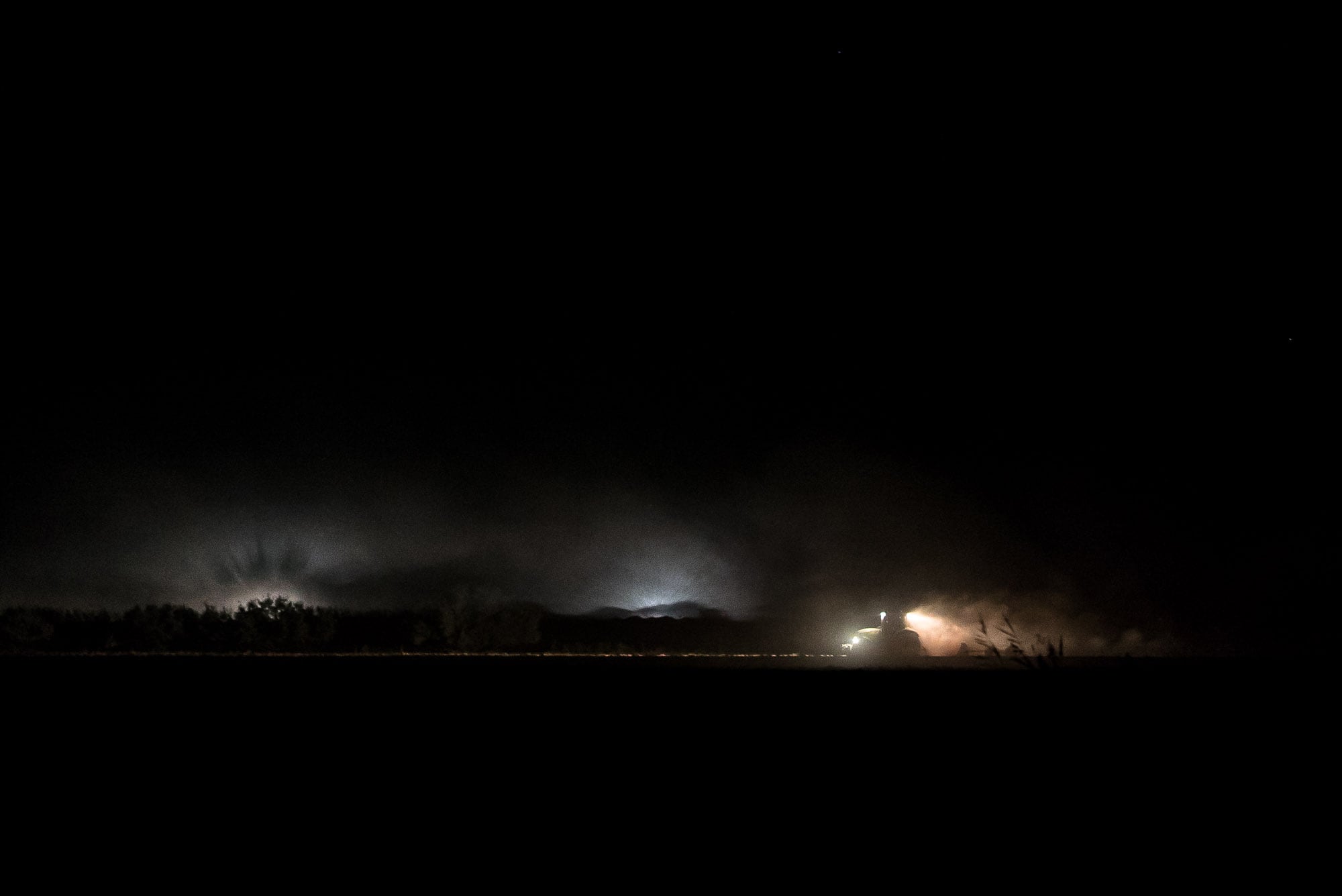 The Don talked him into moving his work area a bit further down his field and away from our camp, but that didn’t help much.

It turned into a very loud night.

Day 874
from by the reservoir to tractor hell