These are the slippers I had worn for about 100km through the Turkmen desert: 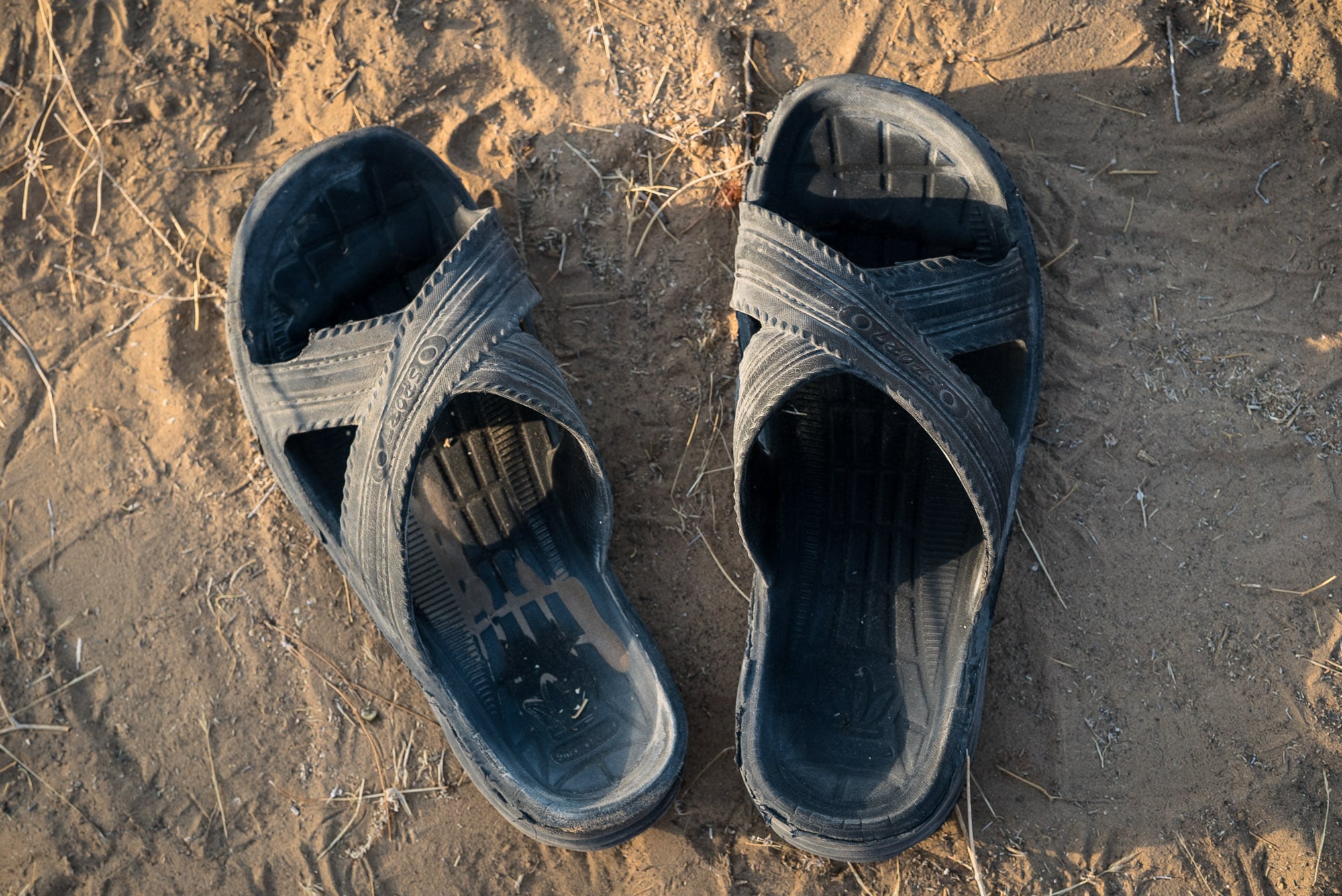 They looked the part. I was glad to be back in my regular hiking shoes again.

The Caboose was doing a great job, by the way. No problems whatsoever, she was always there, ready to go: 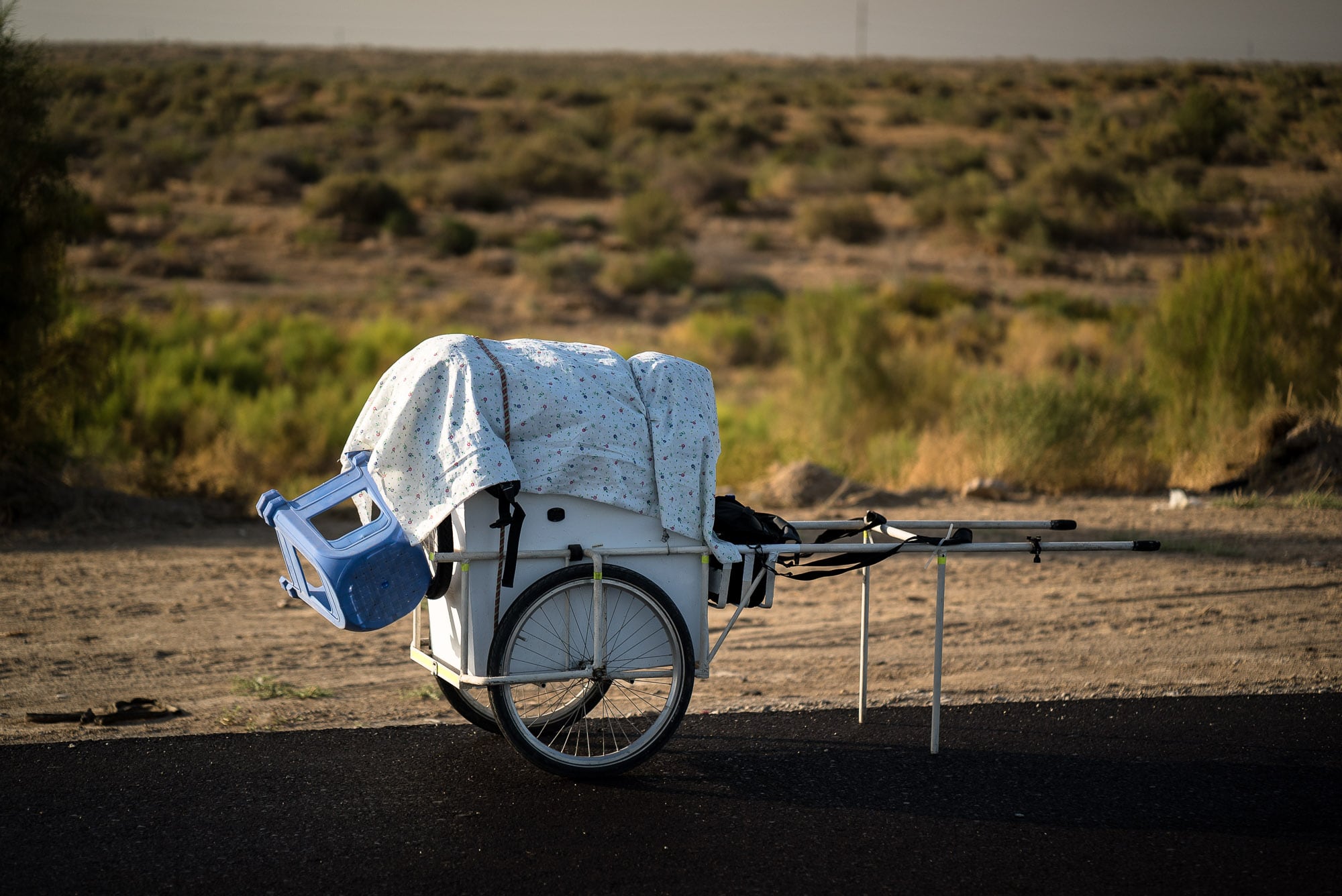 We passed what looked like a little shop in the desert: 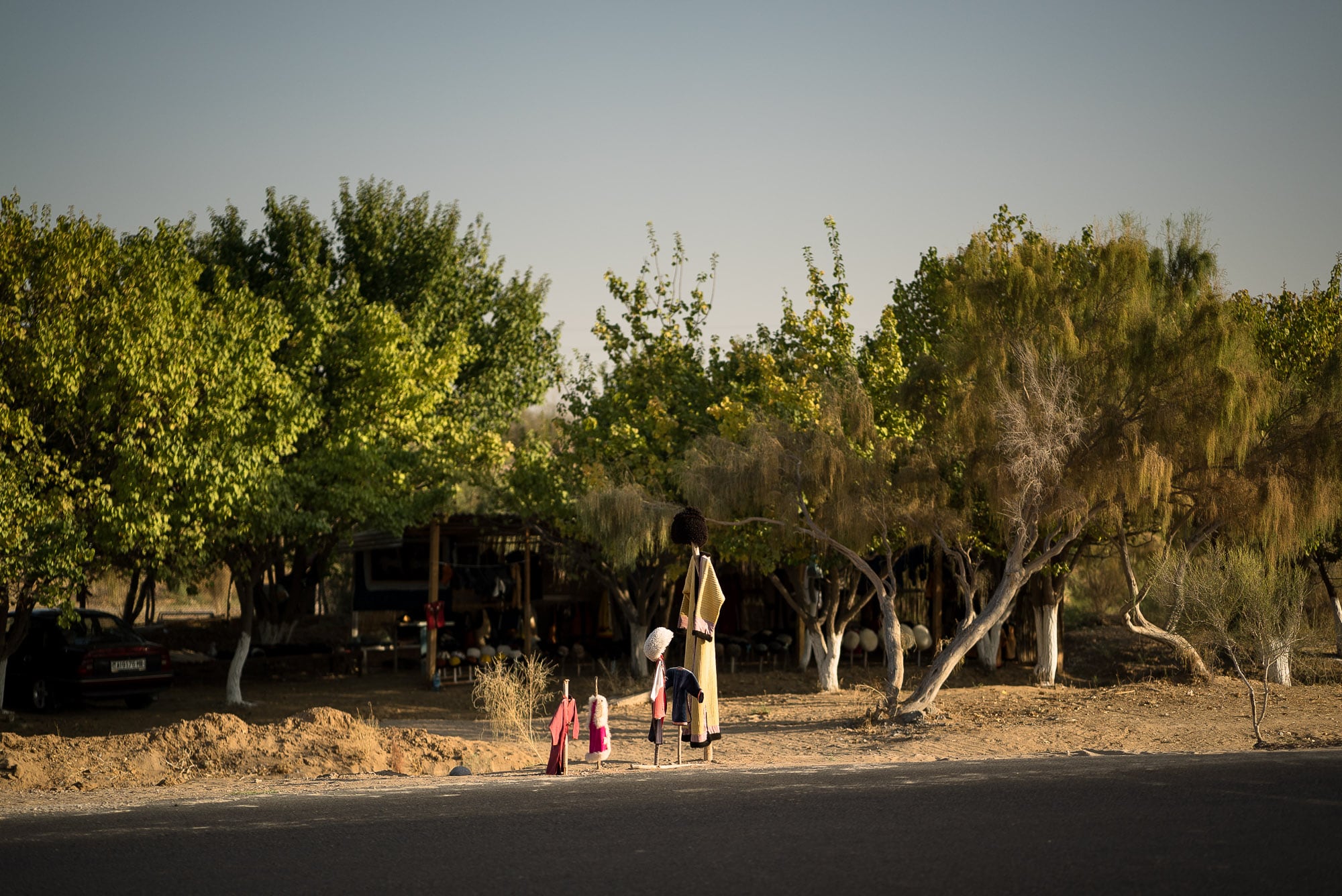 The road was very new and very good at this point: 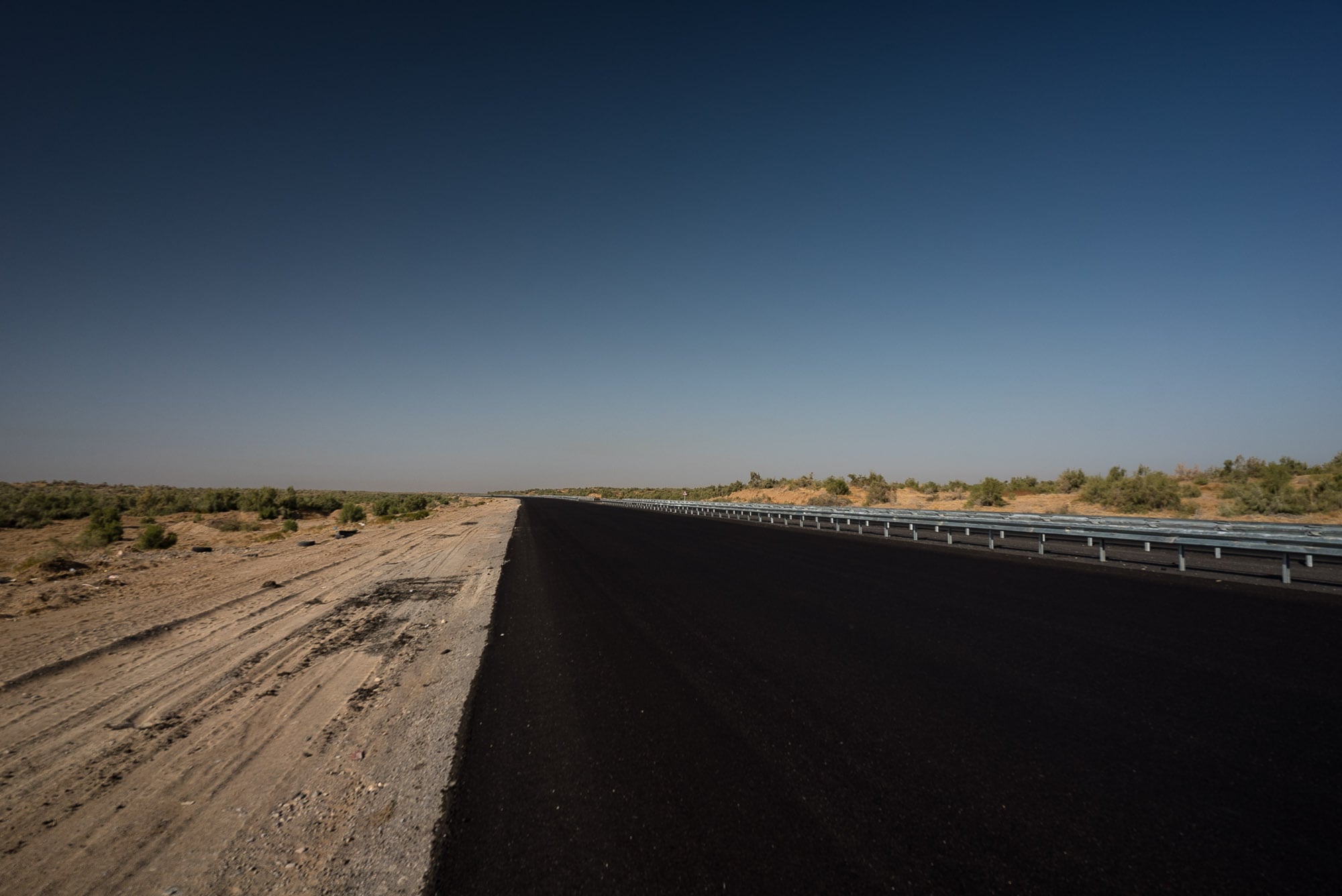 But I didn’t like it. Good roads in Central Asia (or in China) often mean that drivers think they’re on a race track. Everyone was going super fast, which meant that it was not only loud but also quite dangerous to be walking on the shoulder of the road.

So naturally I was happy when I saw a construction zone: 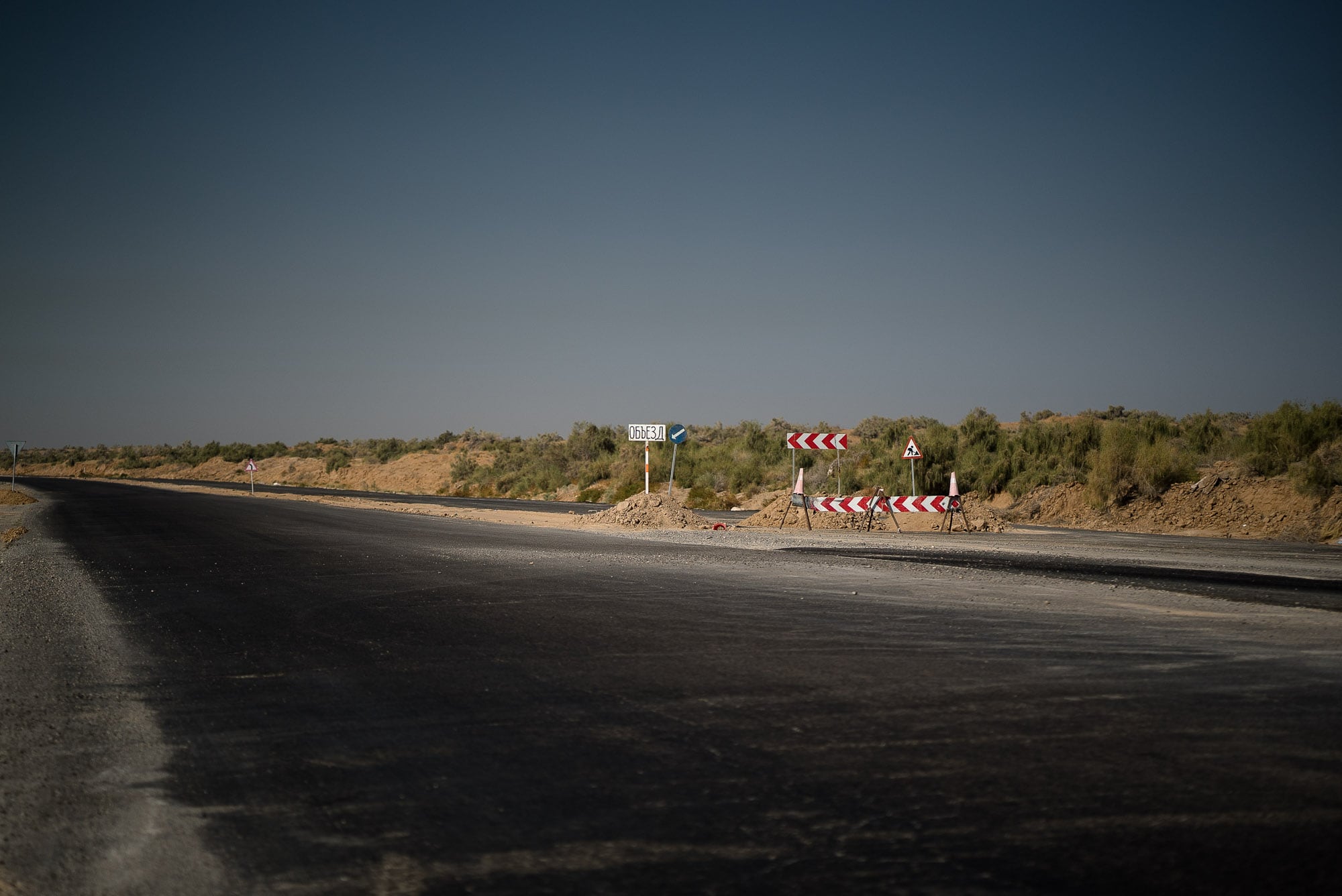 There were some workers: 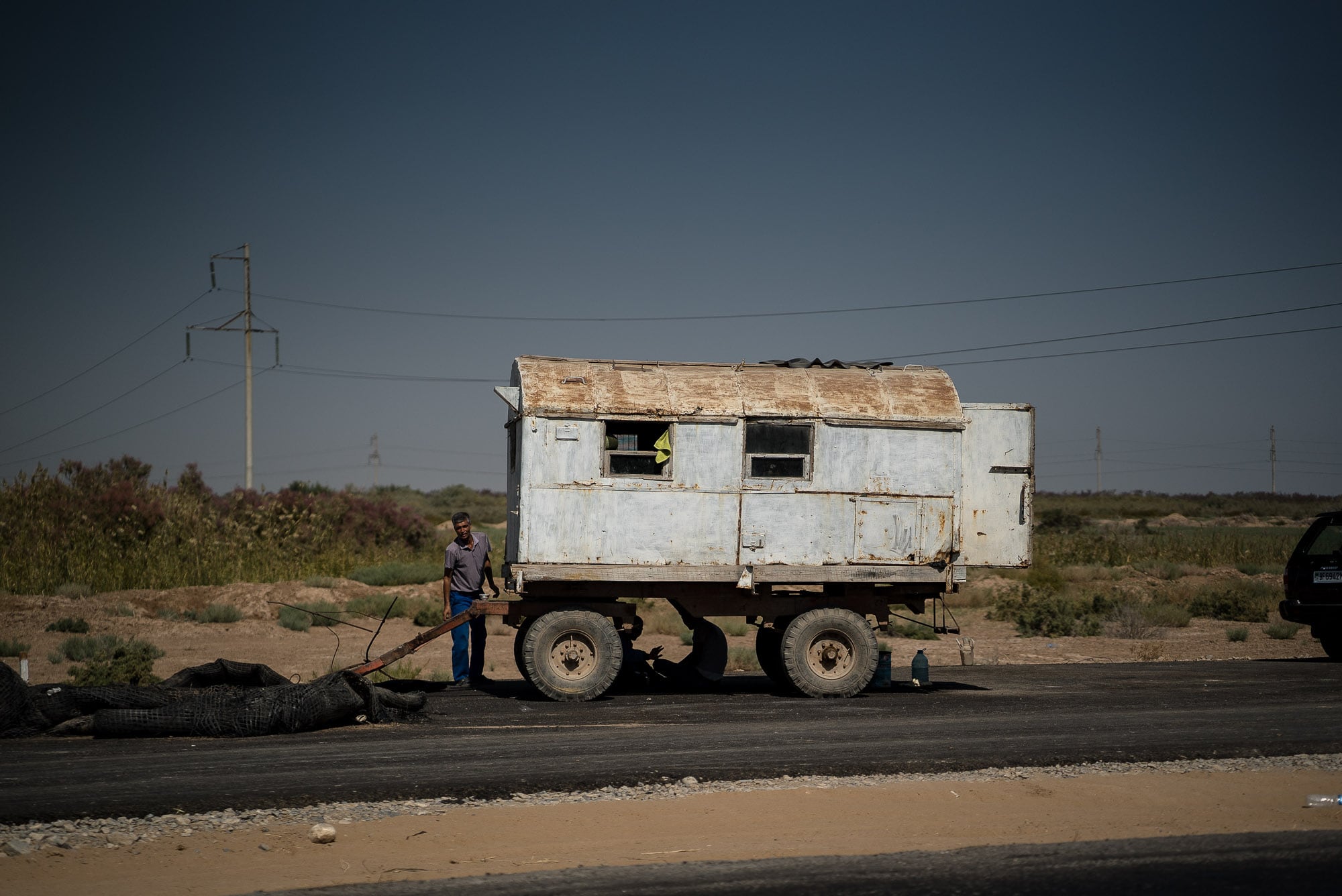 And there was a car under a protective cover: 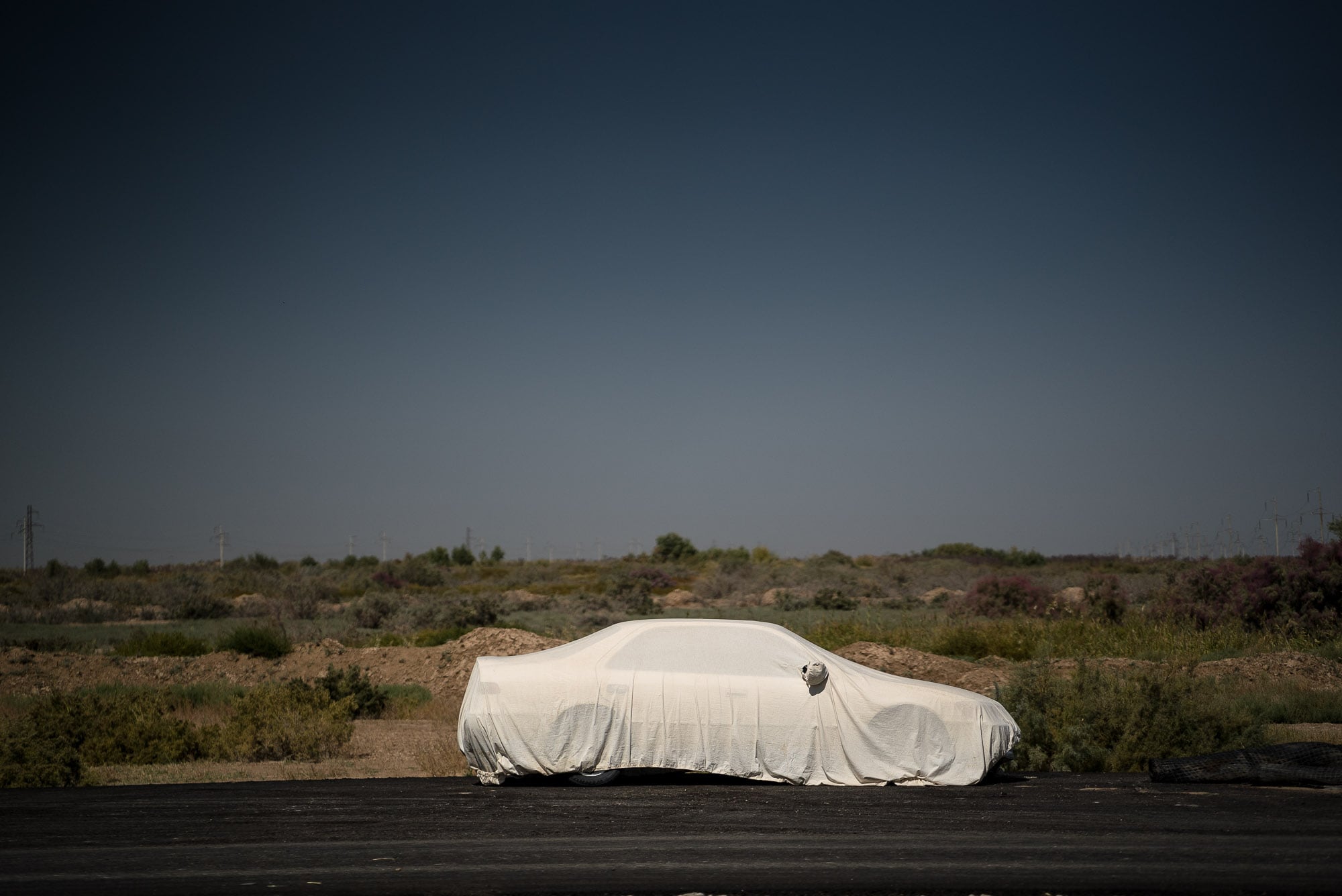 I figured it probably belonged to someone important.

Here’s the Let’s Walk video of the day:

The Boss and the Don were always close by: 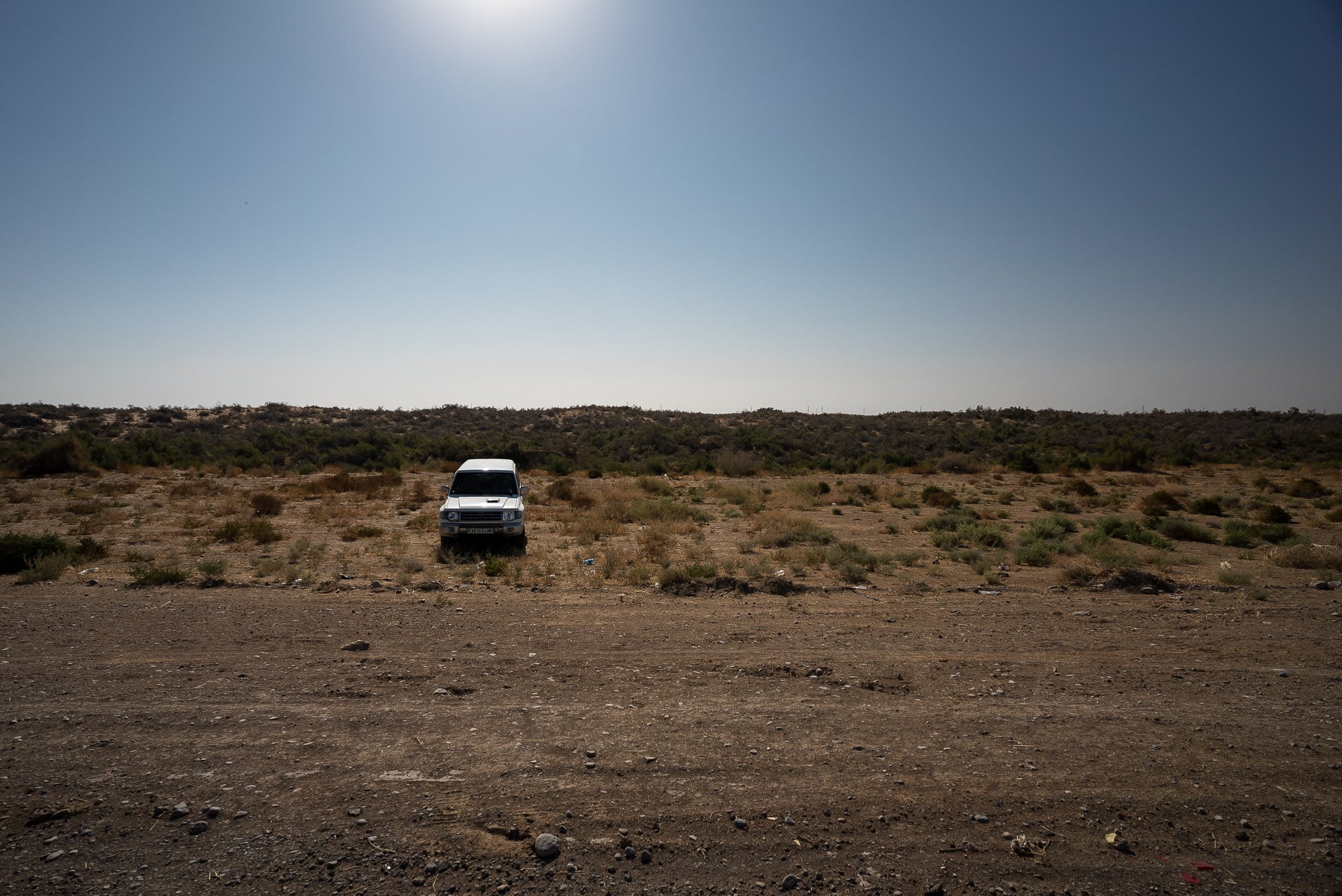 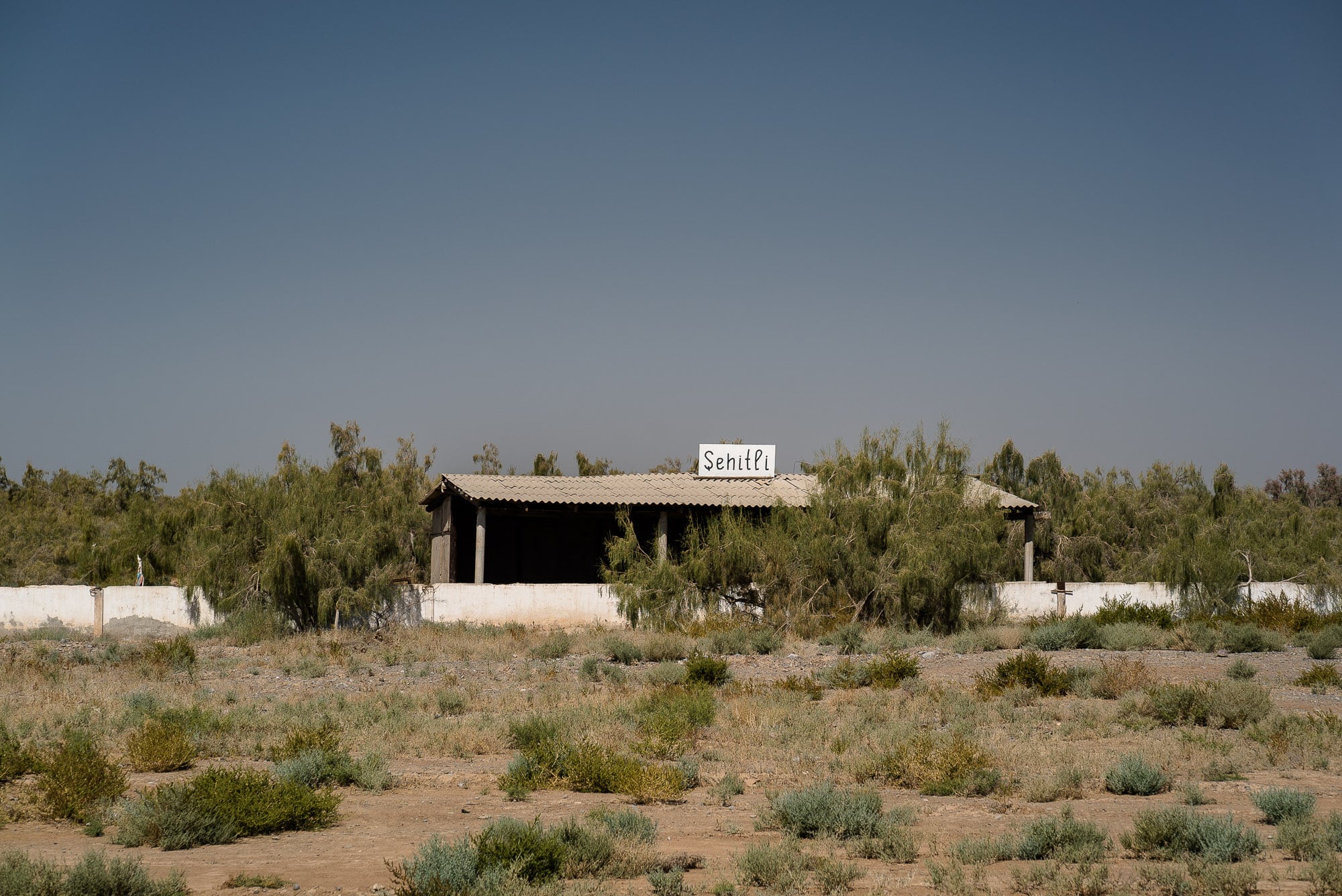 Or maybe it was just the entrance to a graveyard, I was not sure: 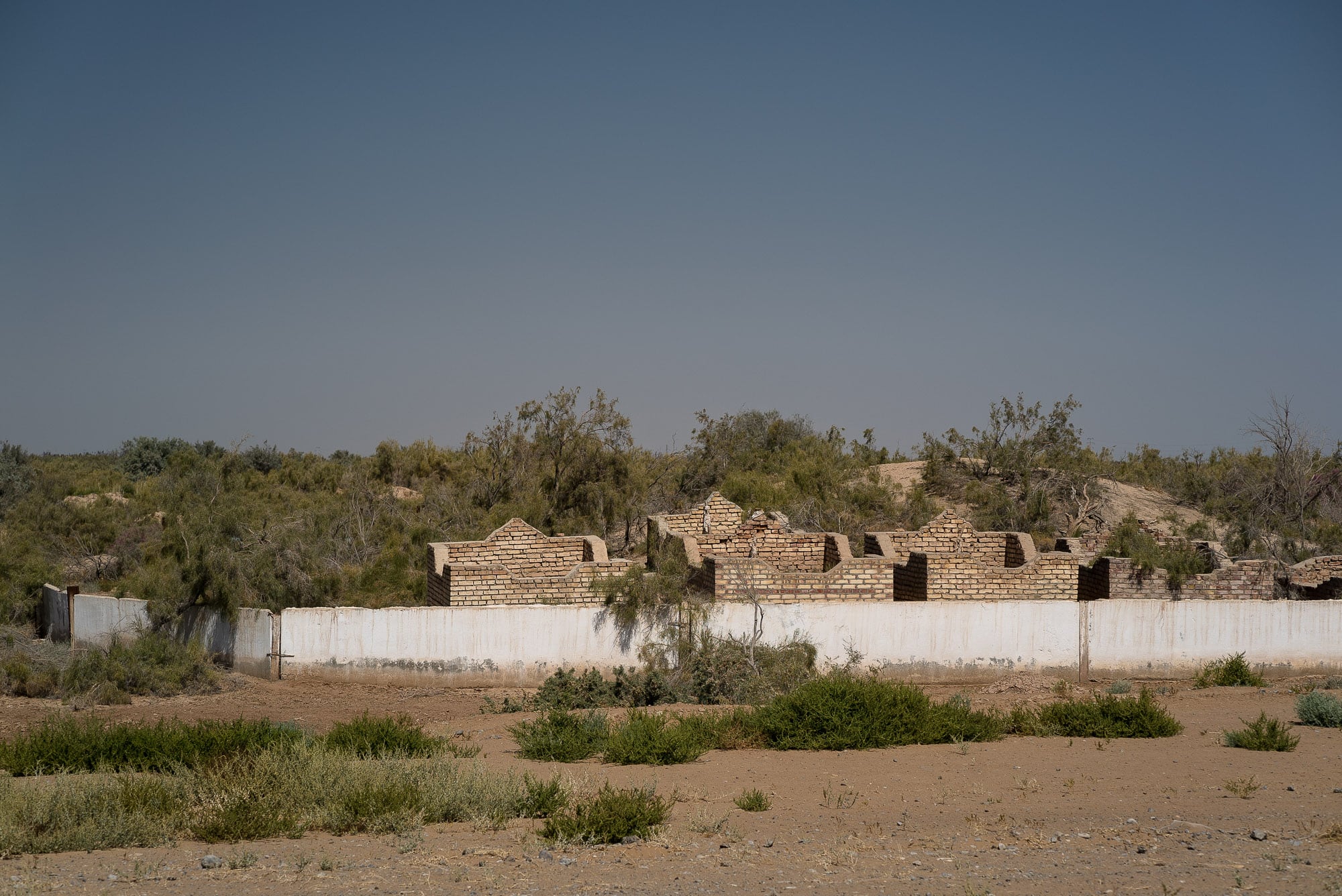 Then we came to a truck stop in a small oasis: 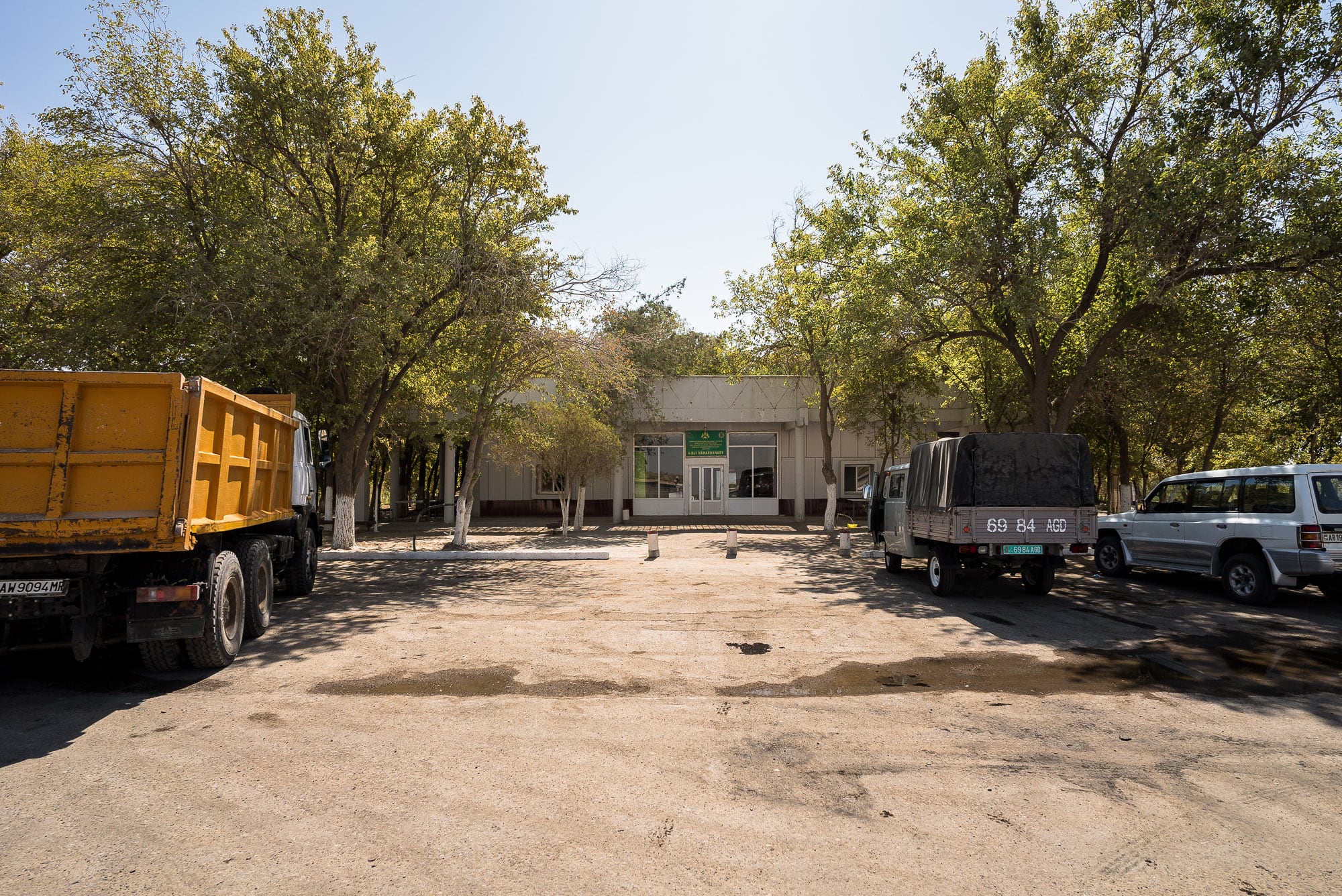 Got some cold drinks. Then we pressed on: 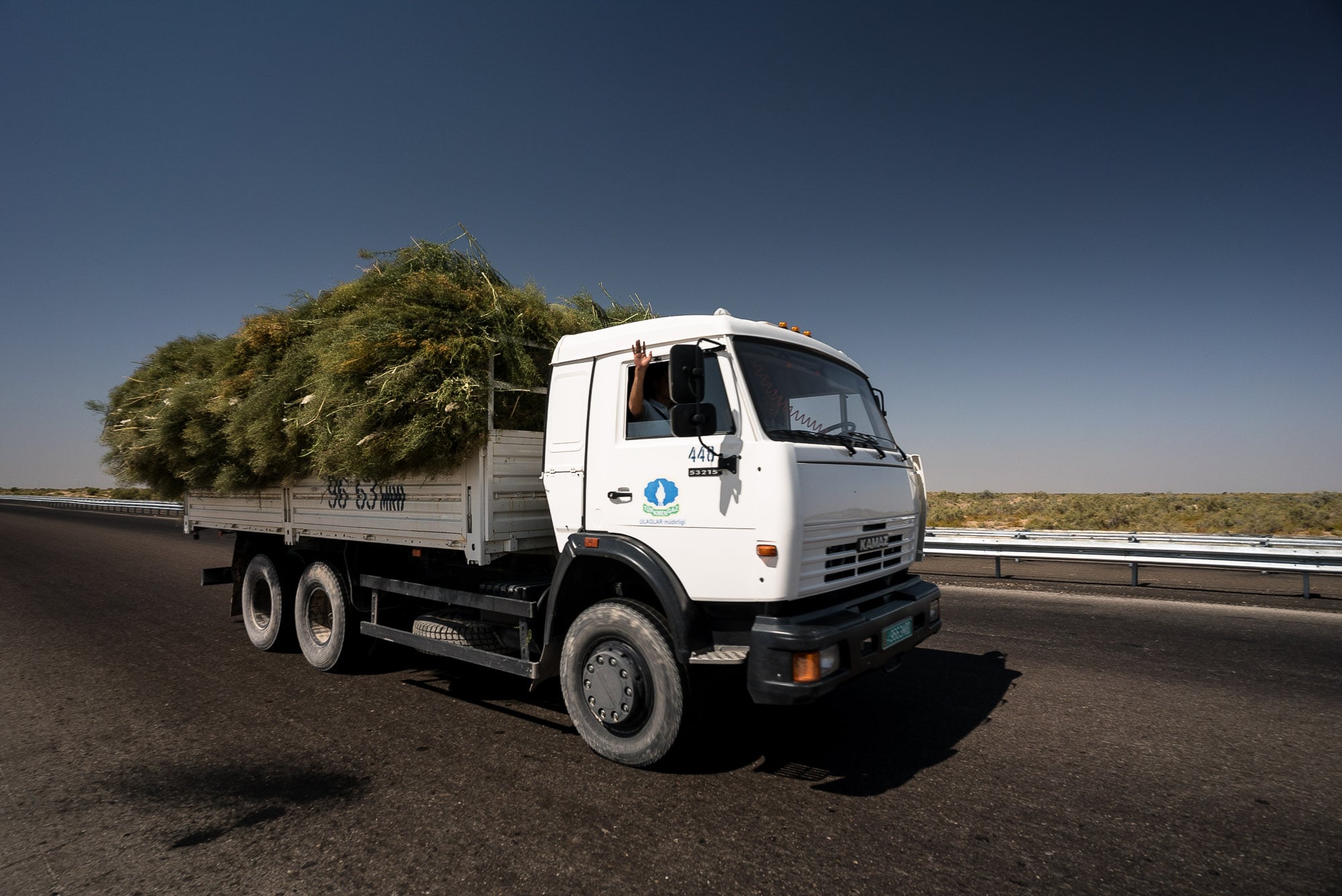 And then the desert stopped again. There was a sign to a village: 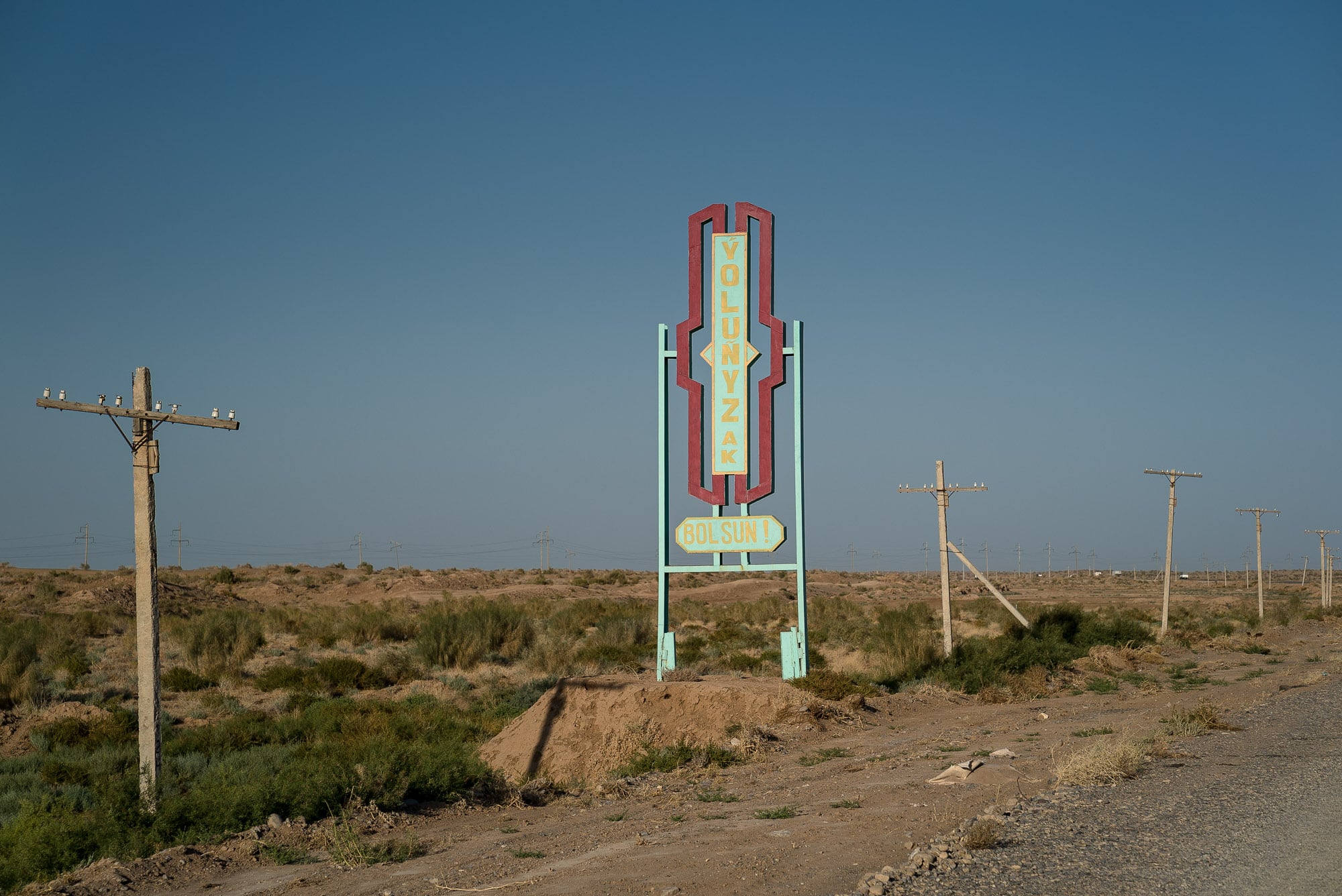 Just a few houses in the distance, basically: 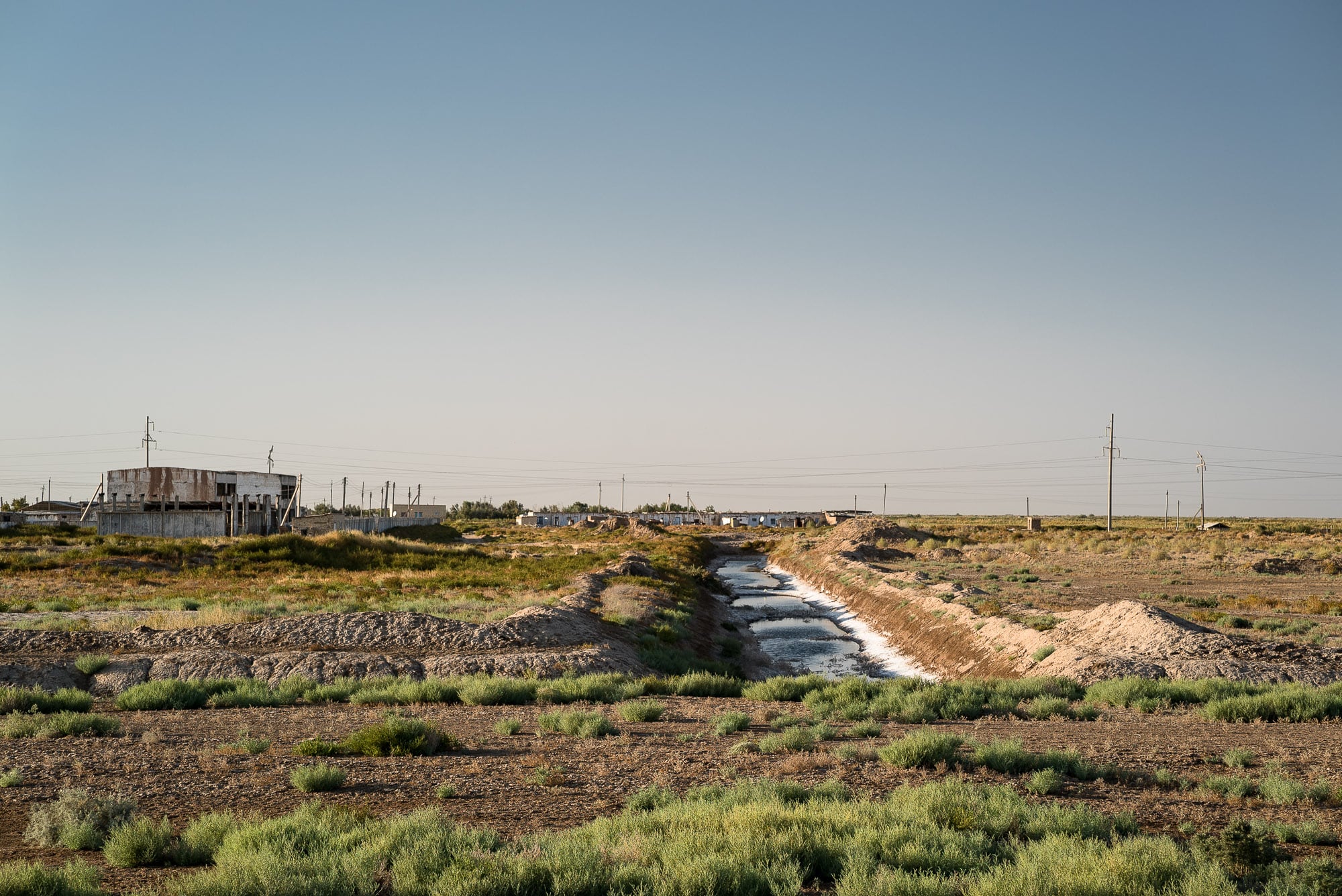 I went and chatted with some folks. They didn’t speak Russian that well, and I didn’t either. But we managed. We took some selfies together. And I gave the little kid one of my TLW gunny sacks: 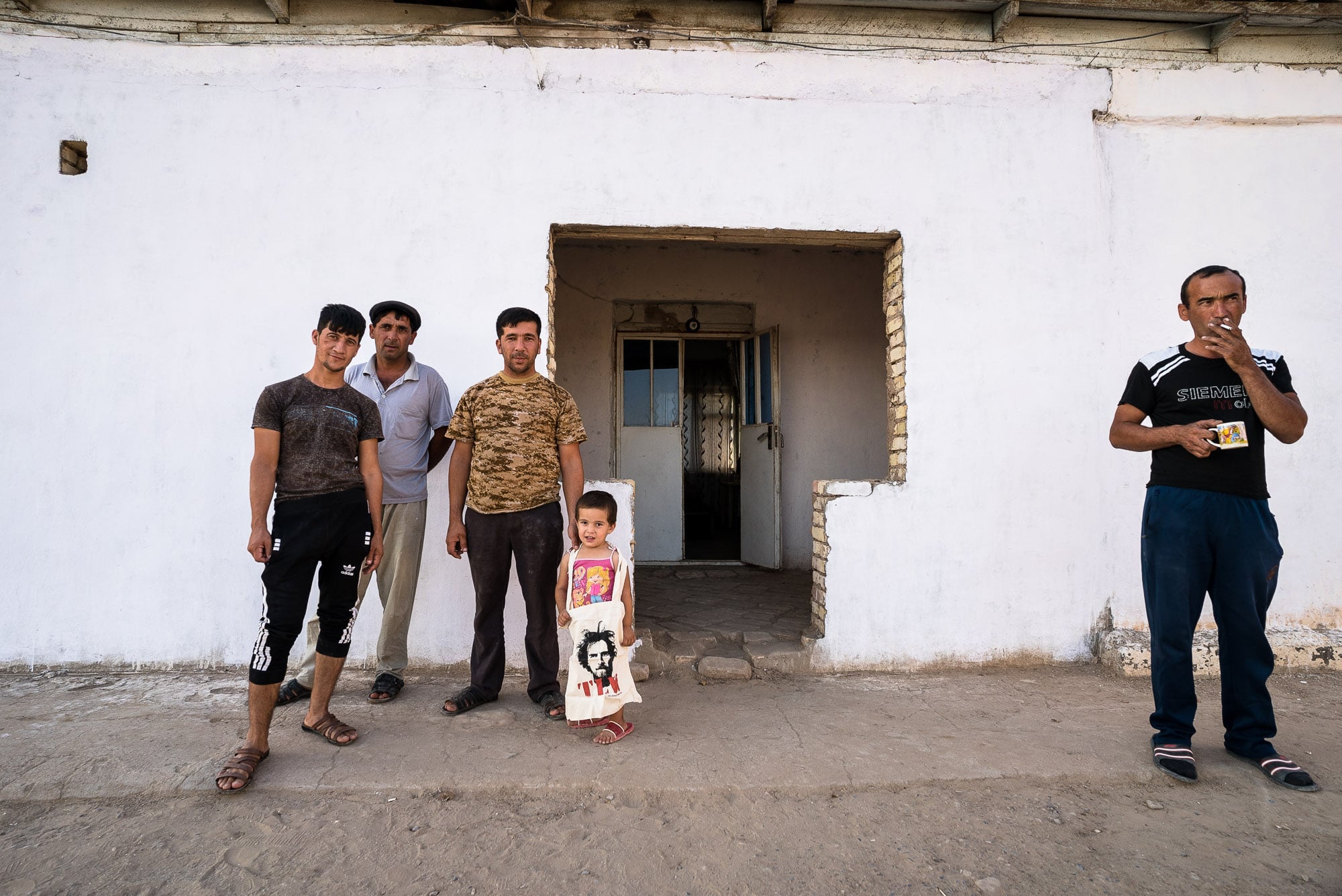 Then it was cotton country: 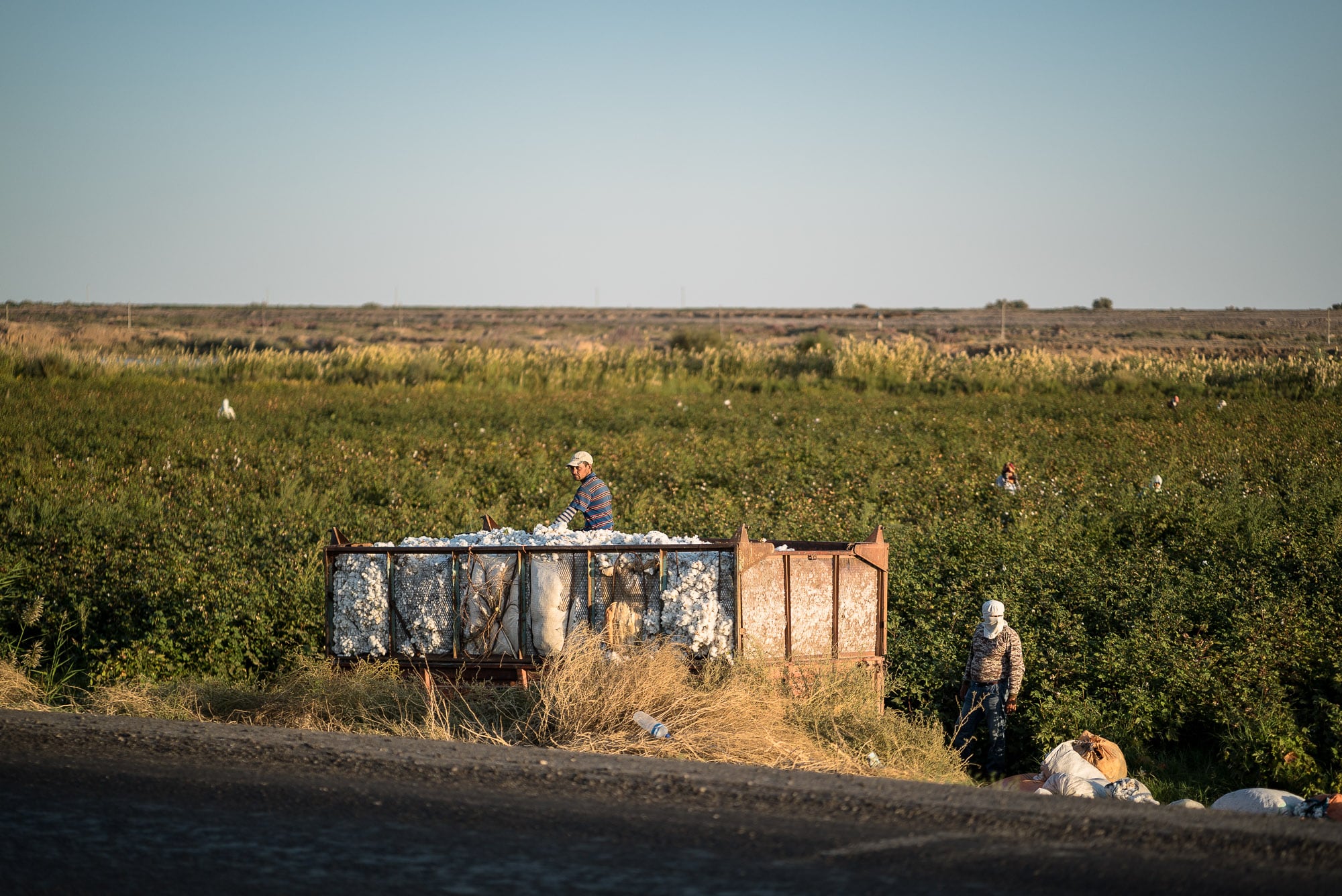 We passed field after field, and since it was six in the evening, many of the cotton pickers were on their way home: 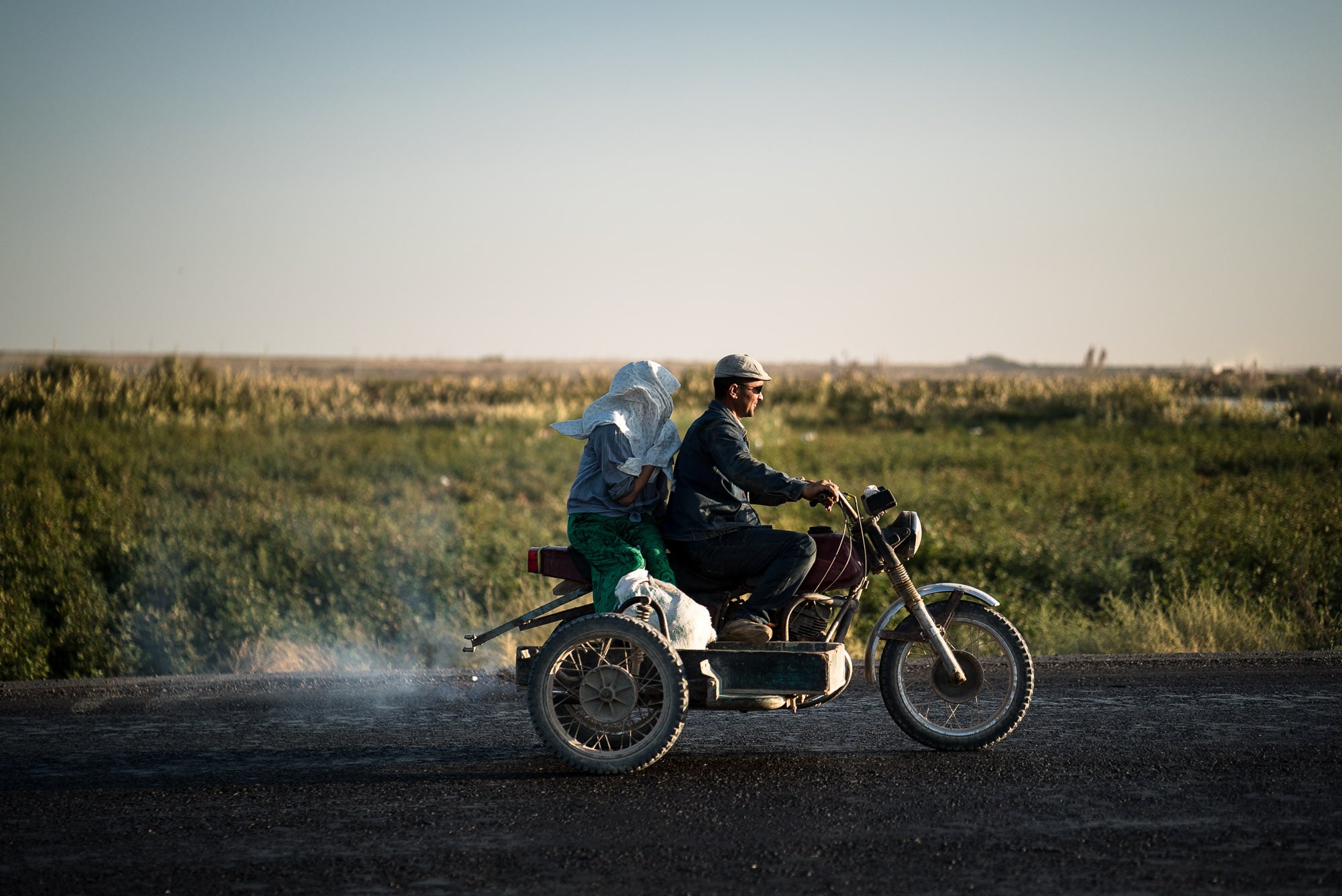 Then there was a settlement: 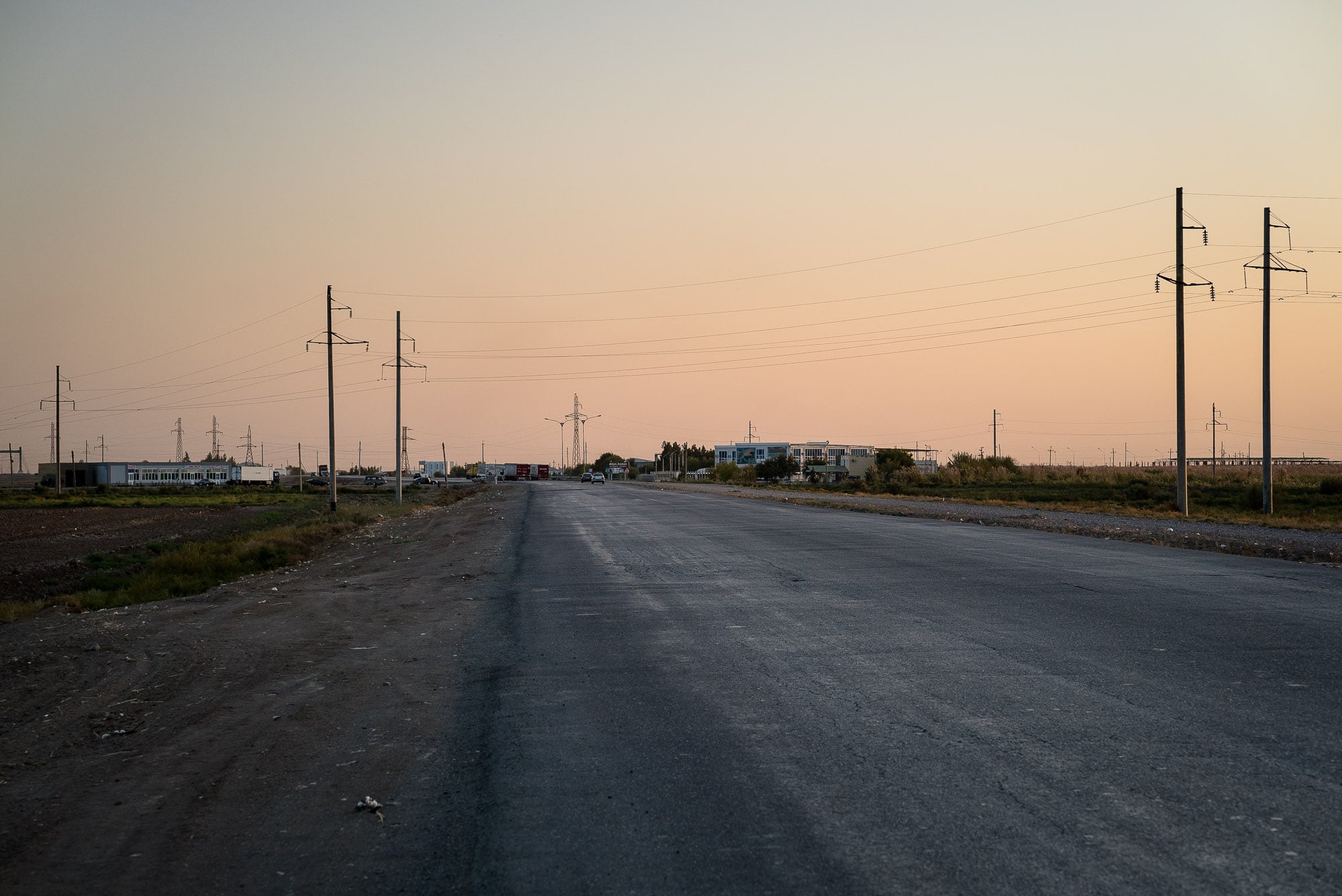 It had a bunch of small restaurants: 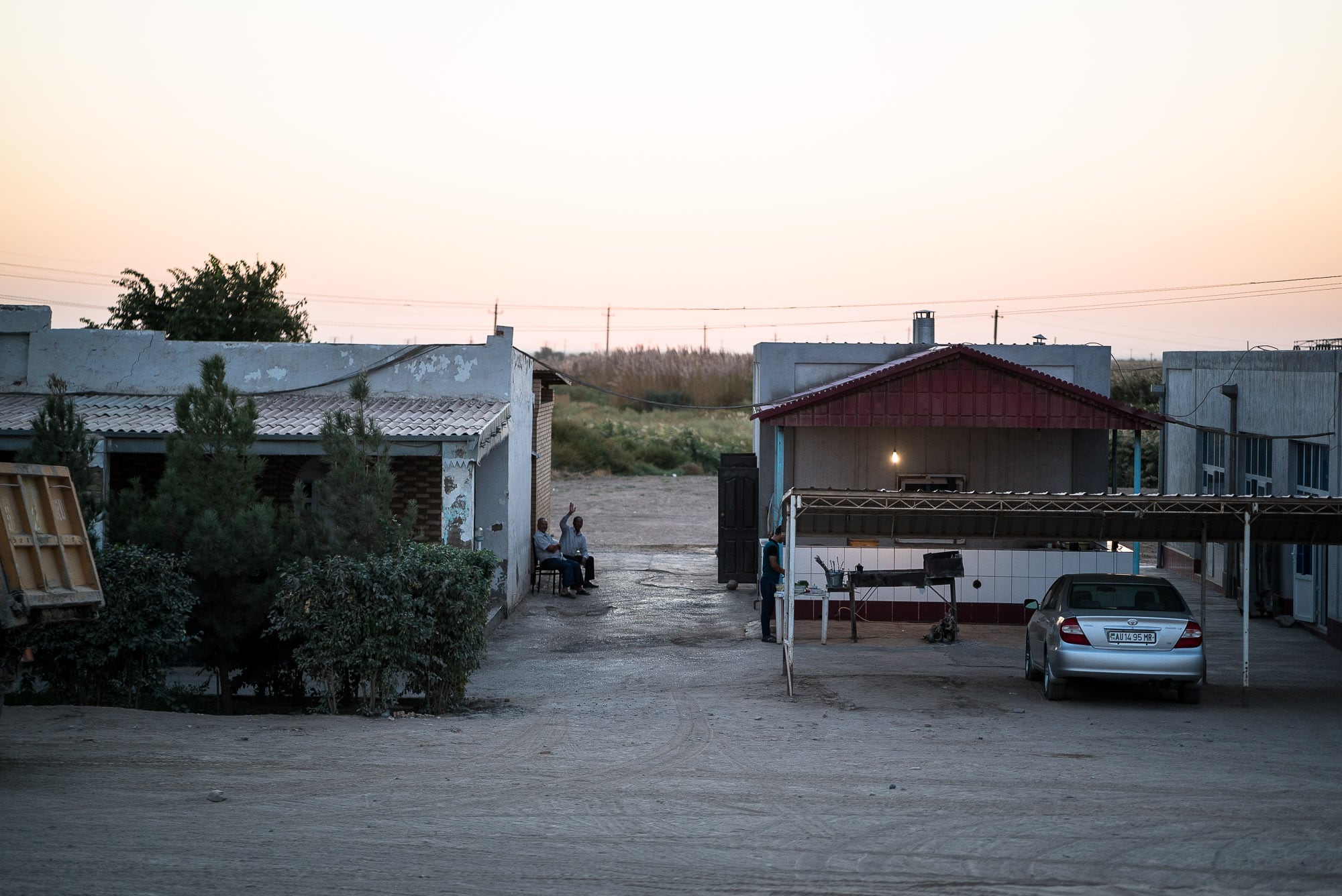 And there was a large hotel that catered to truck drivers: 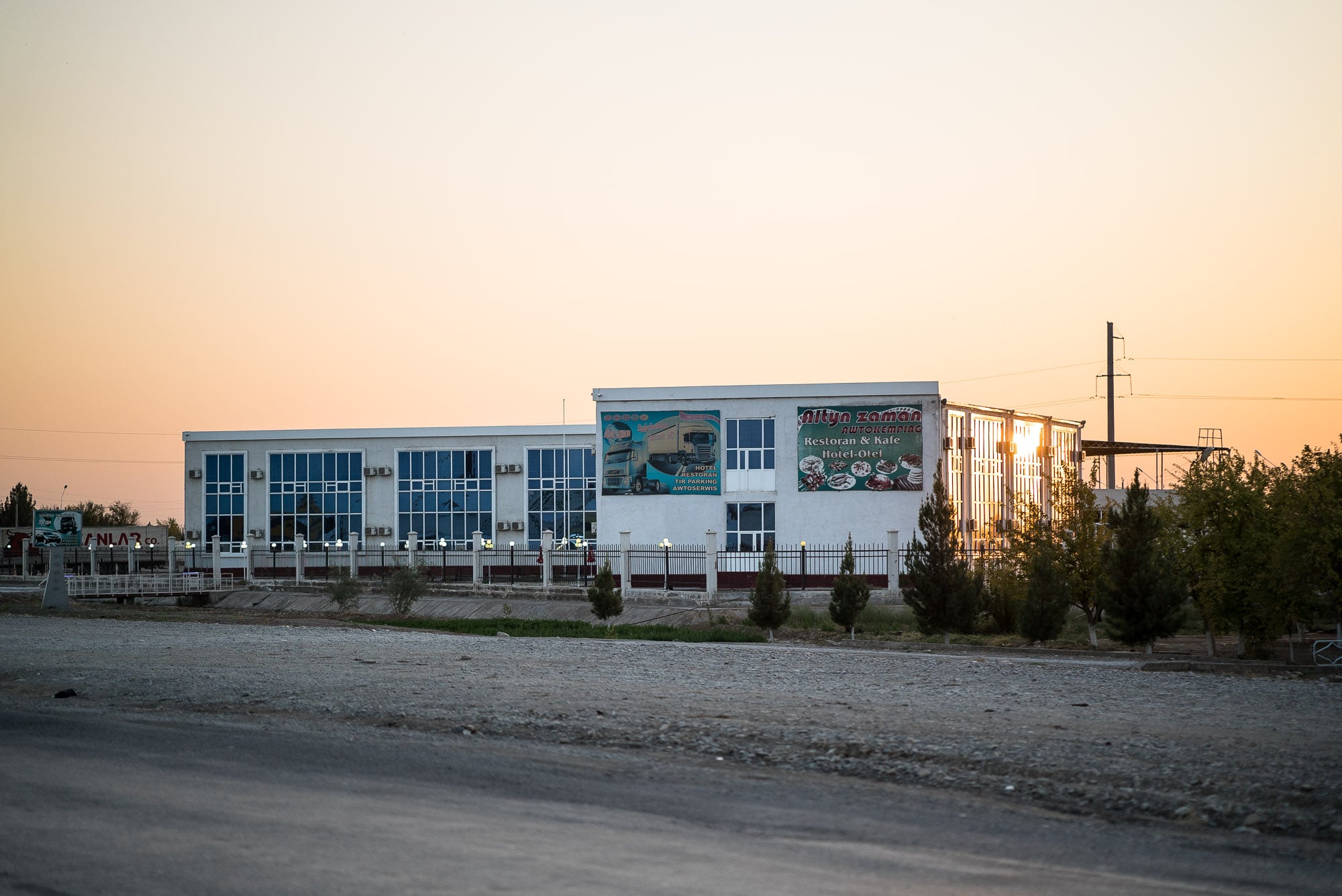 Many of the trucks that were parked there had come here all the way from Turkey: 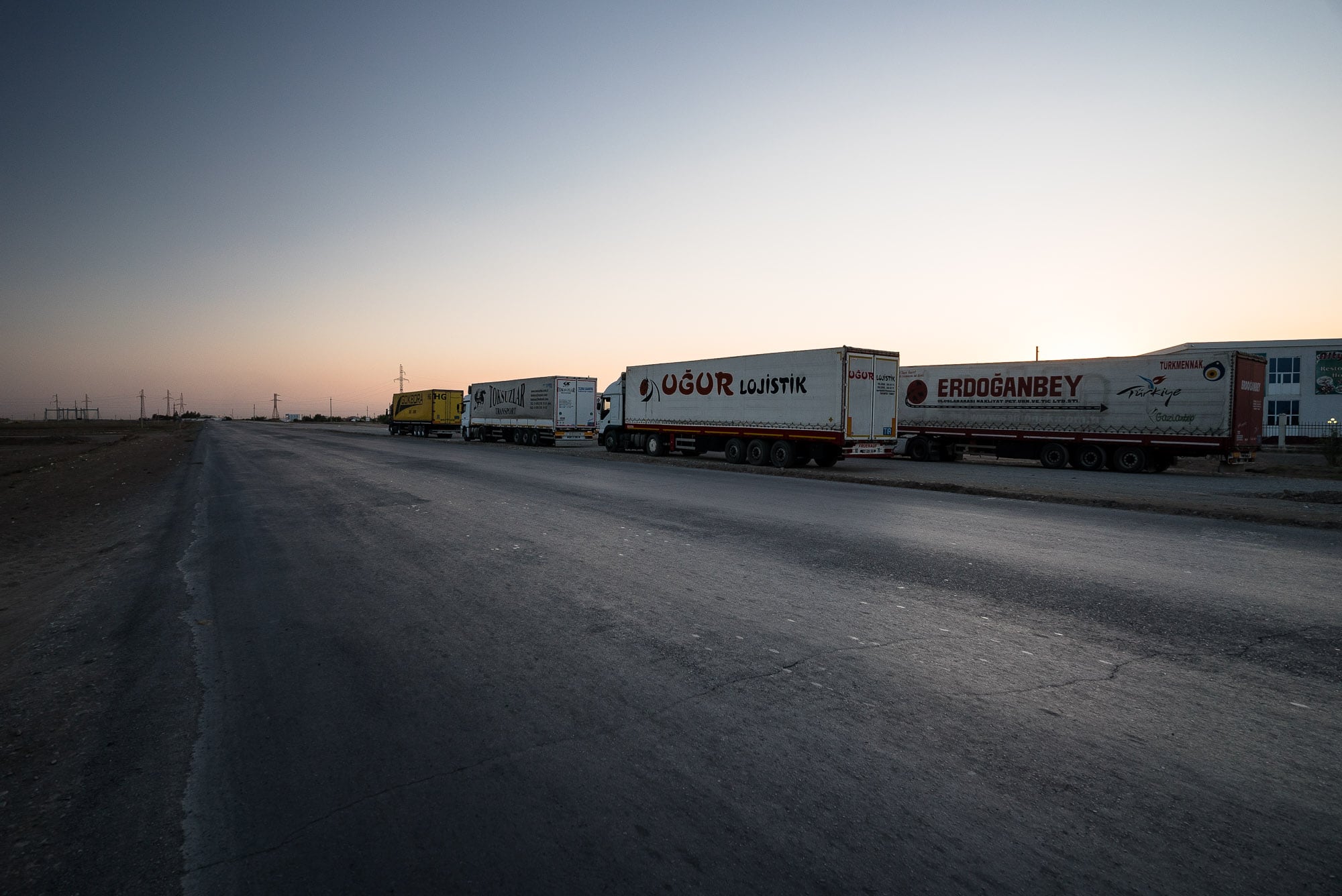 We crossed a fairly large river: 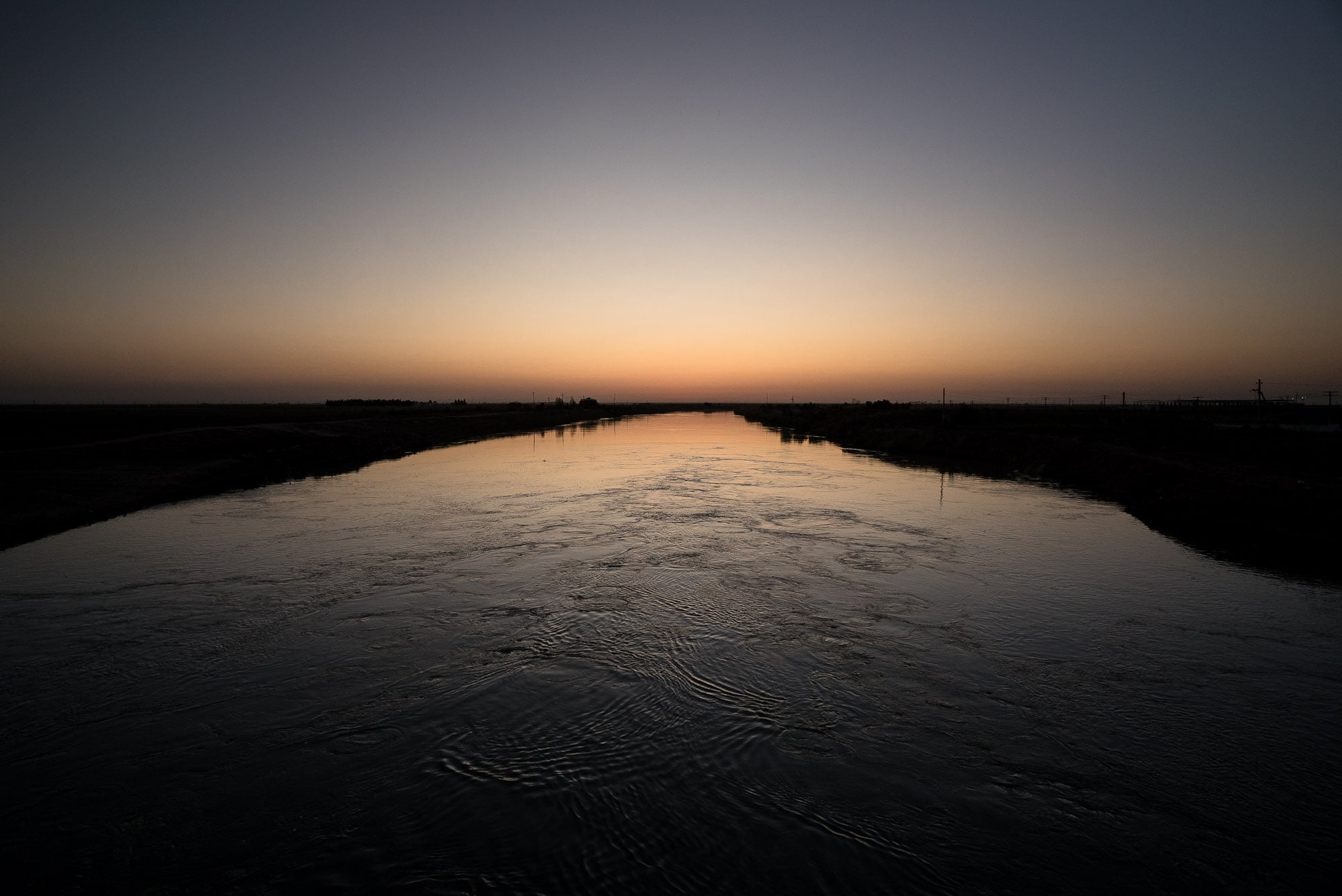 And then we left the good road… 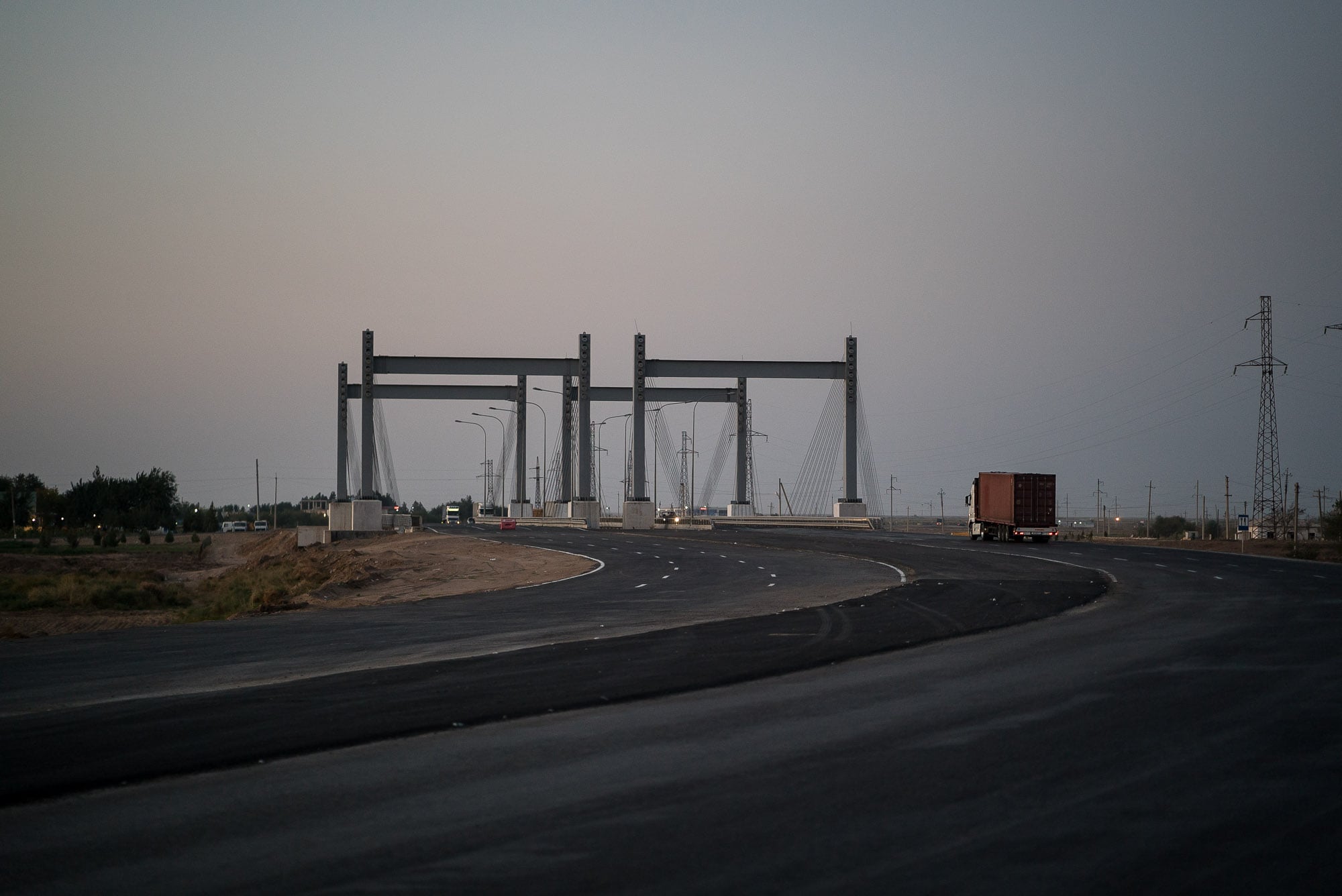 …and stepped on the bad road: 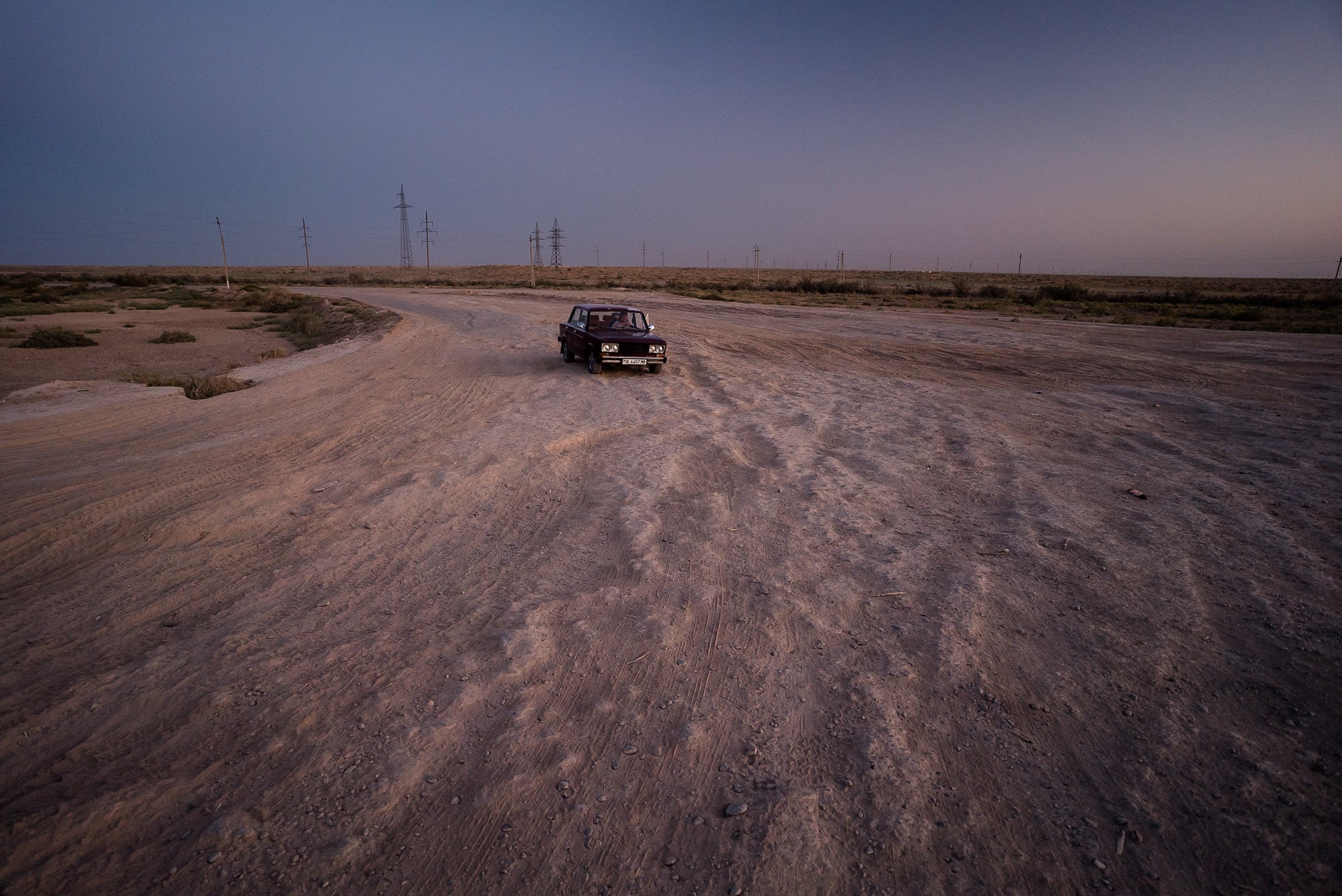 This was part of our plan. We were going to take a shortcut to the border and shave off about 20 or 30km from our total. The road would be bad, though. How bad exactly? We didn’t know. But we figured we would give it a try.

We camped close to a reservoir that night. The Boss and the Don had bought some fresh fish in one of the restaurants in the settlement: 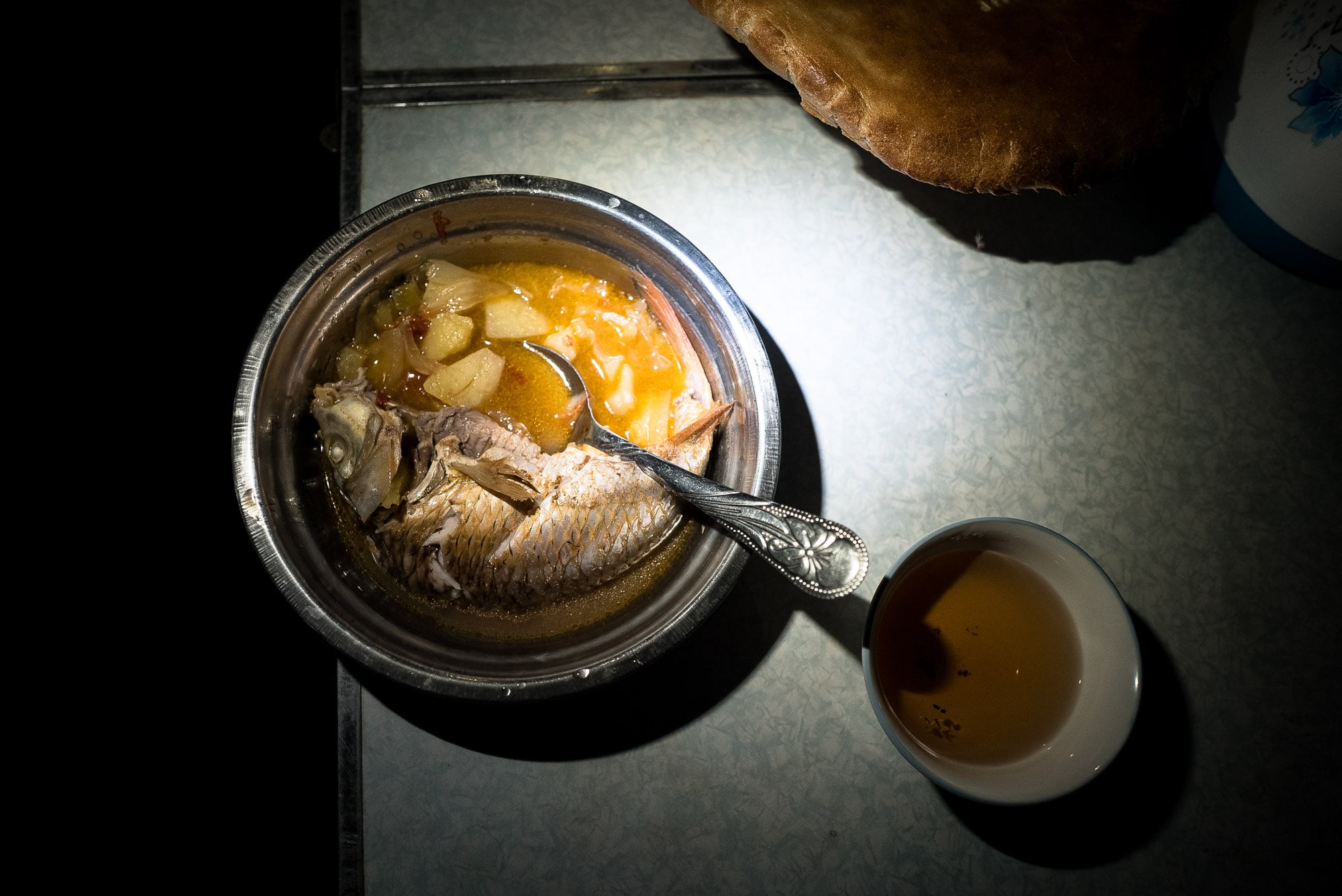 So our dinner was extra nice.

Day 873
from snake country to by the reservoir