The first thing I saw in the morning when I got back on the road was this restaurant in the desert: 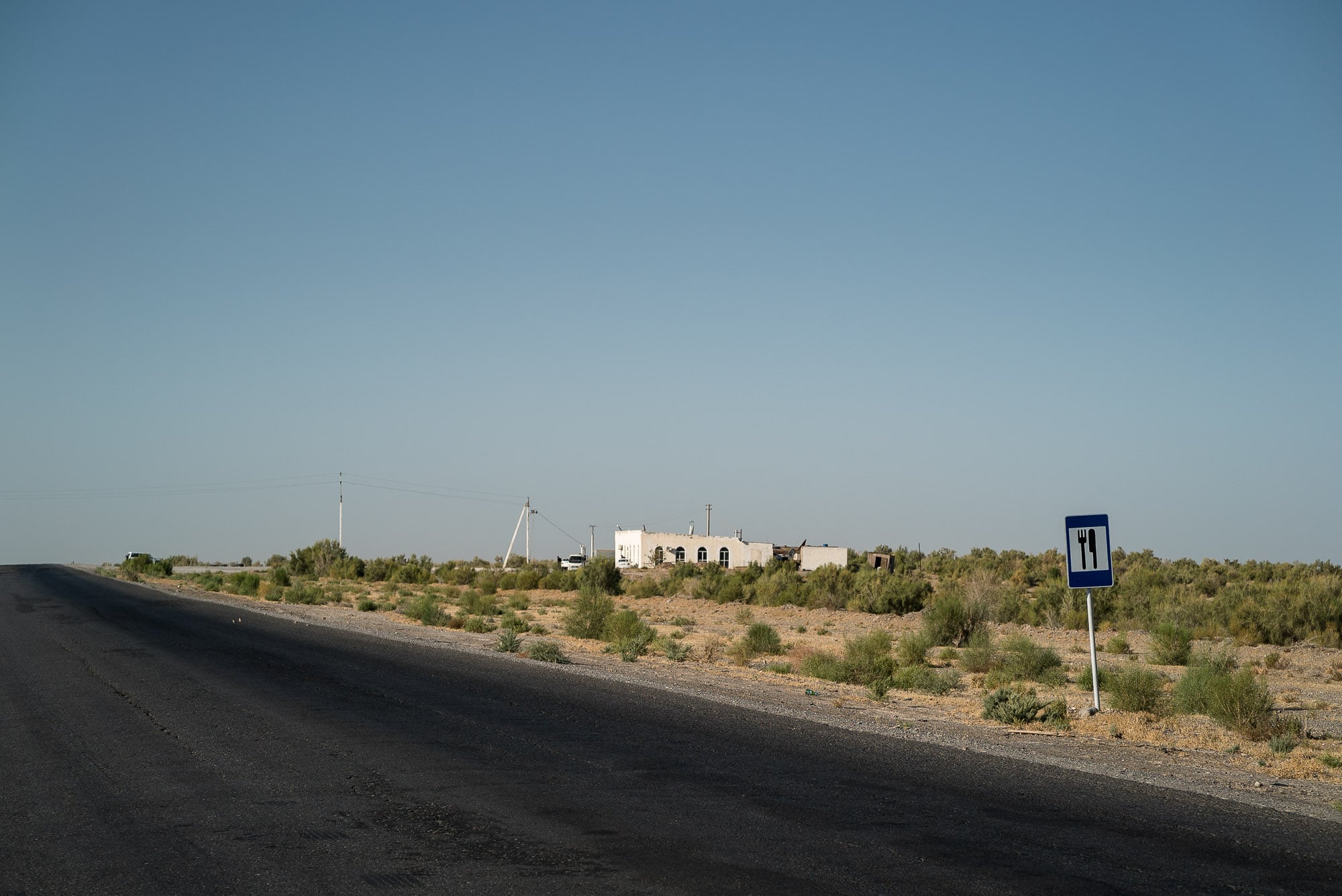 Then two guys stopped their car and asked for a photo: 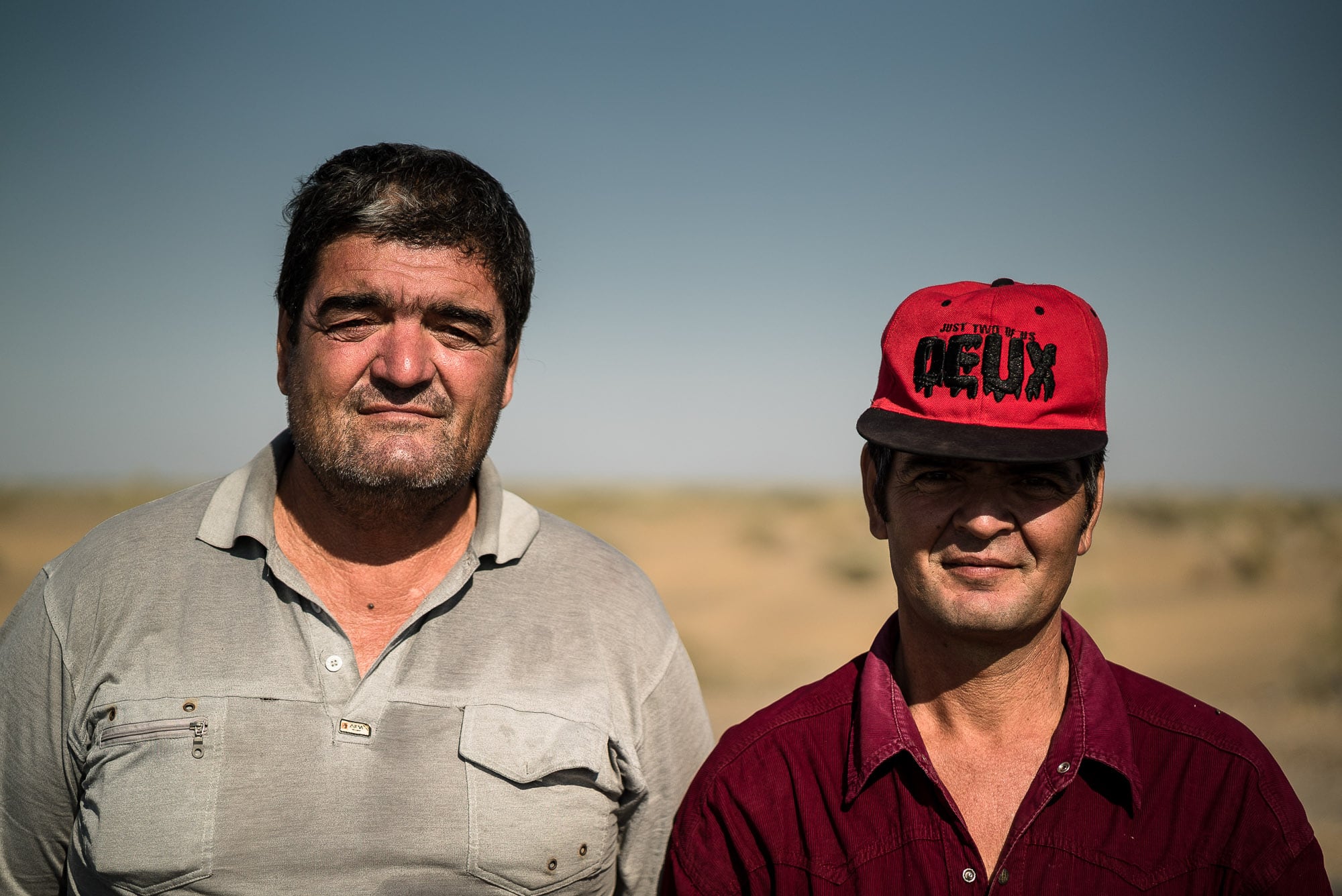 I particularly liked the hat.

Walking sucked, though. My little toes had been squashed by my leather shoes, and my other pair of shoes was damaged at the right heel. So I was hurting.

Maybe that’s why this Let’s Walk video turned out to be so angry:

The road was hot and long: 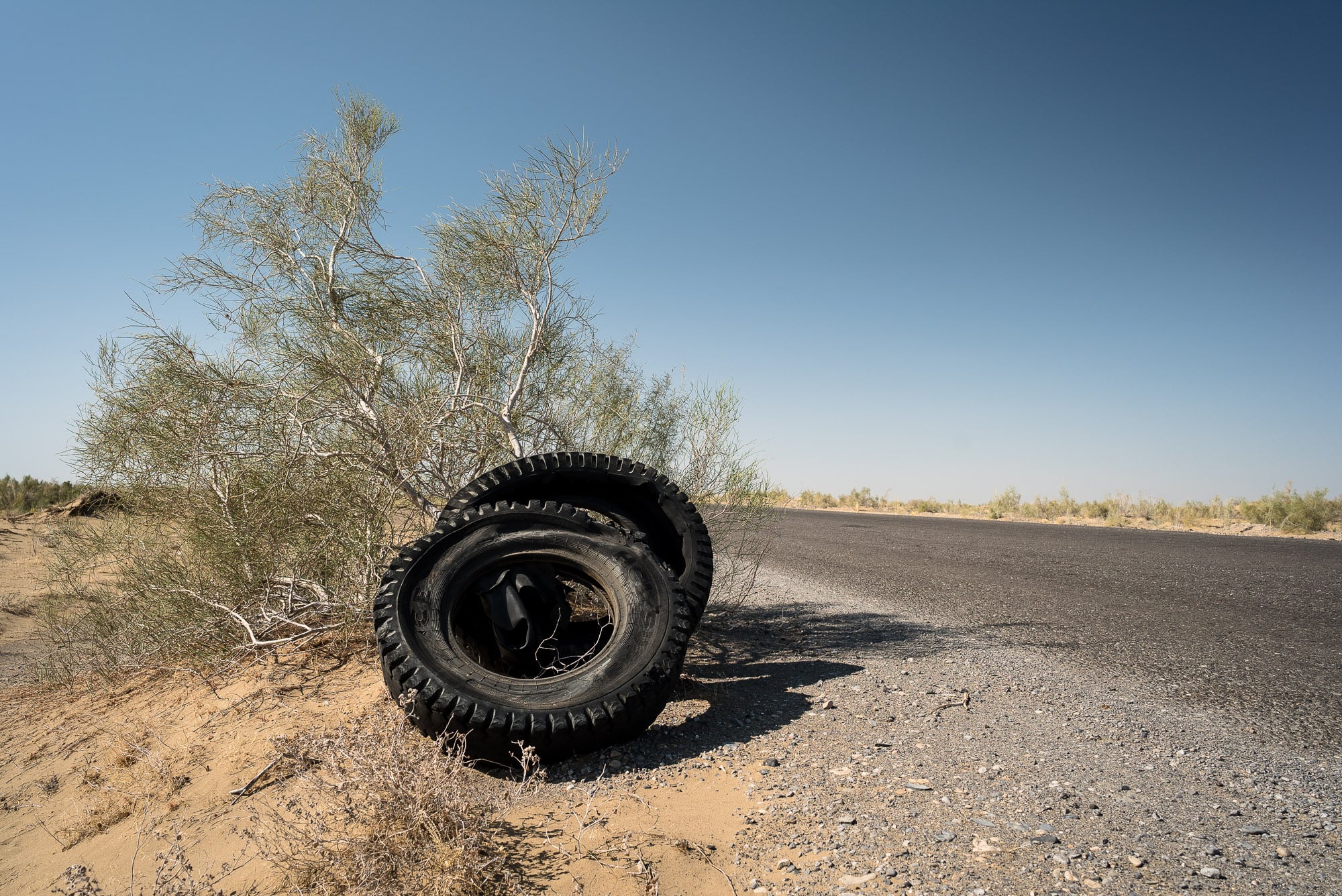 I didn’t know what this road sign was supposed to tell anyone, but I figured it was probably making fun of me: 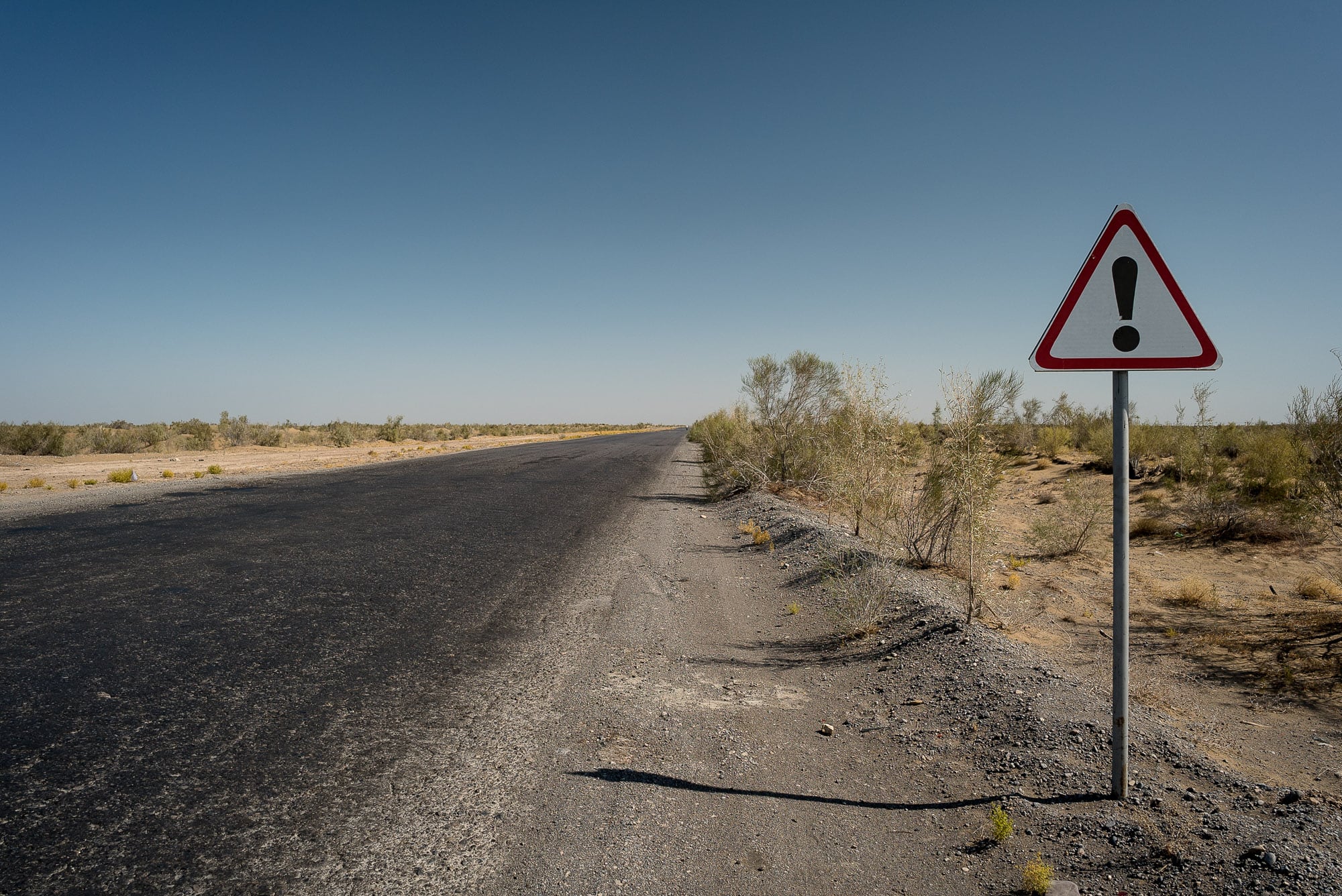 I limped along for a few hours, and I felt very relieved when I finally saw the lunch camp that my guide Shukur and my driver Gödzh had set up: 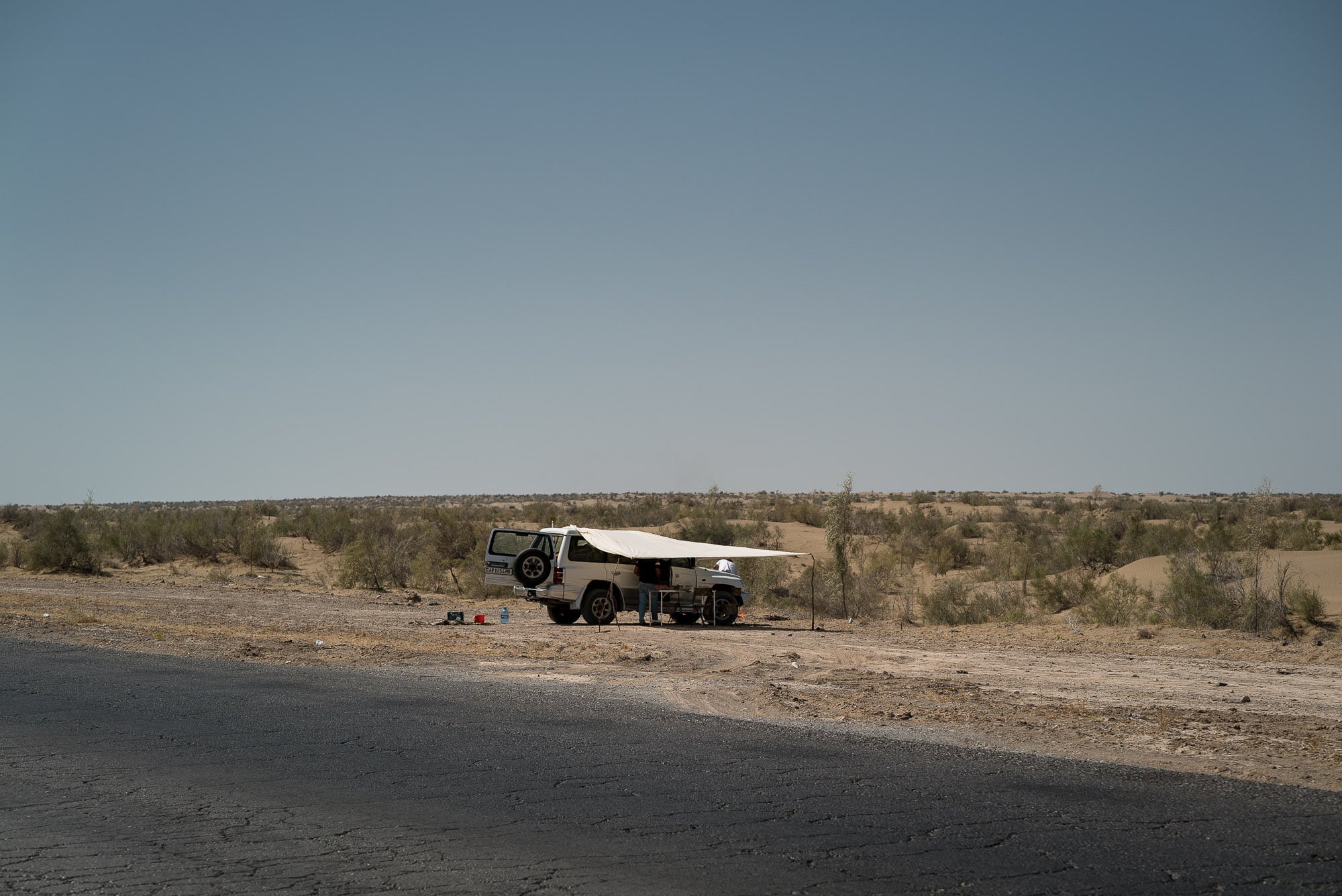 We even had shade! Real shade: 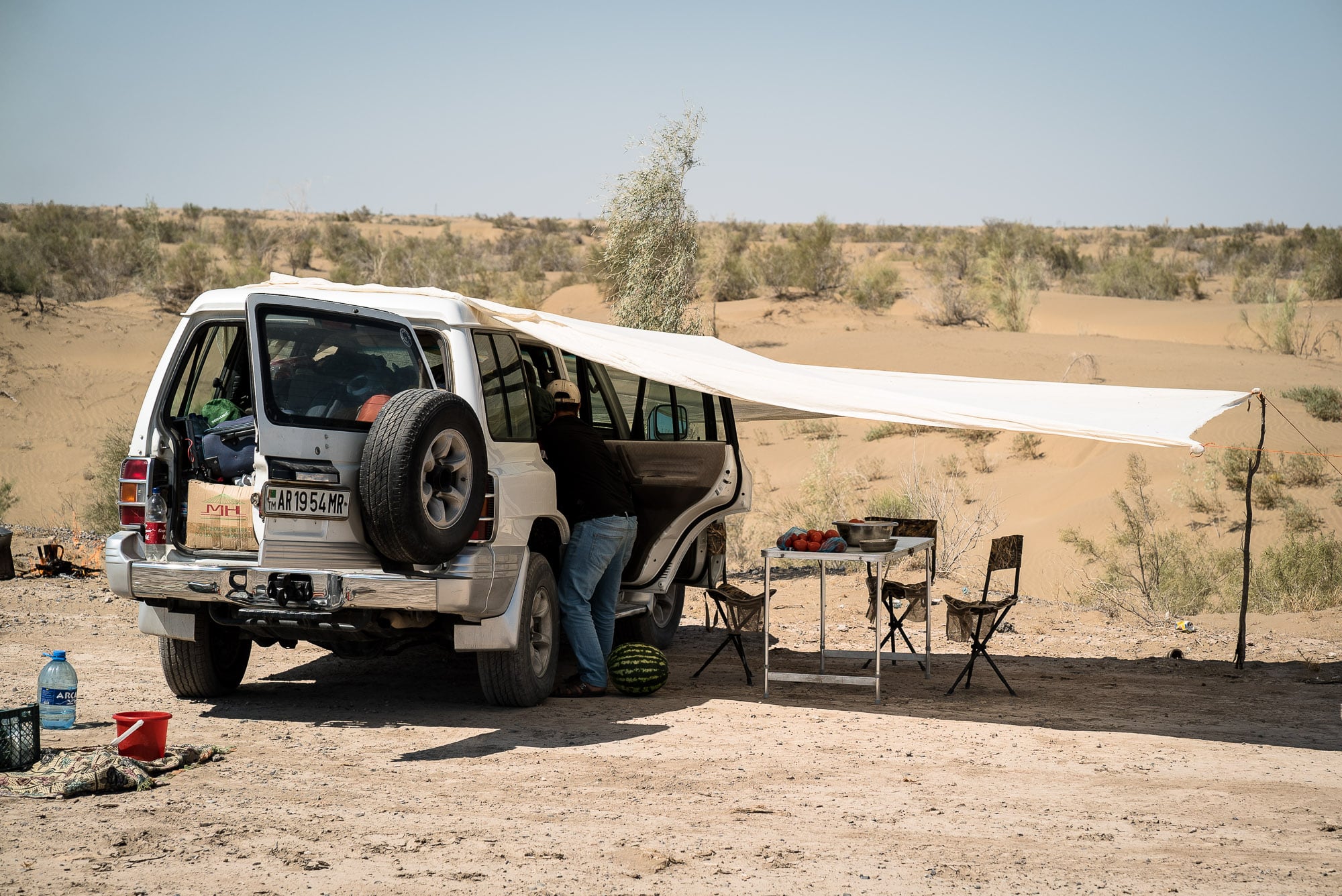 I spread my bamboo mat out on the floor and collapsed on top of it. But I had not yet found a position that didn’t hurt when this gentleman appeared out of nowhere: 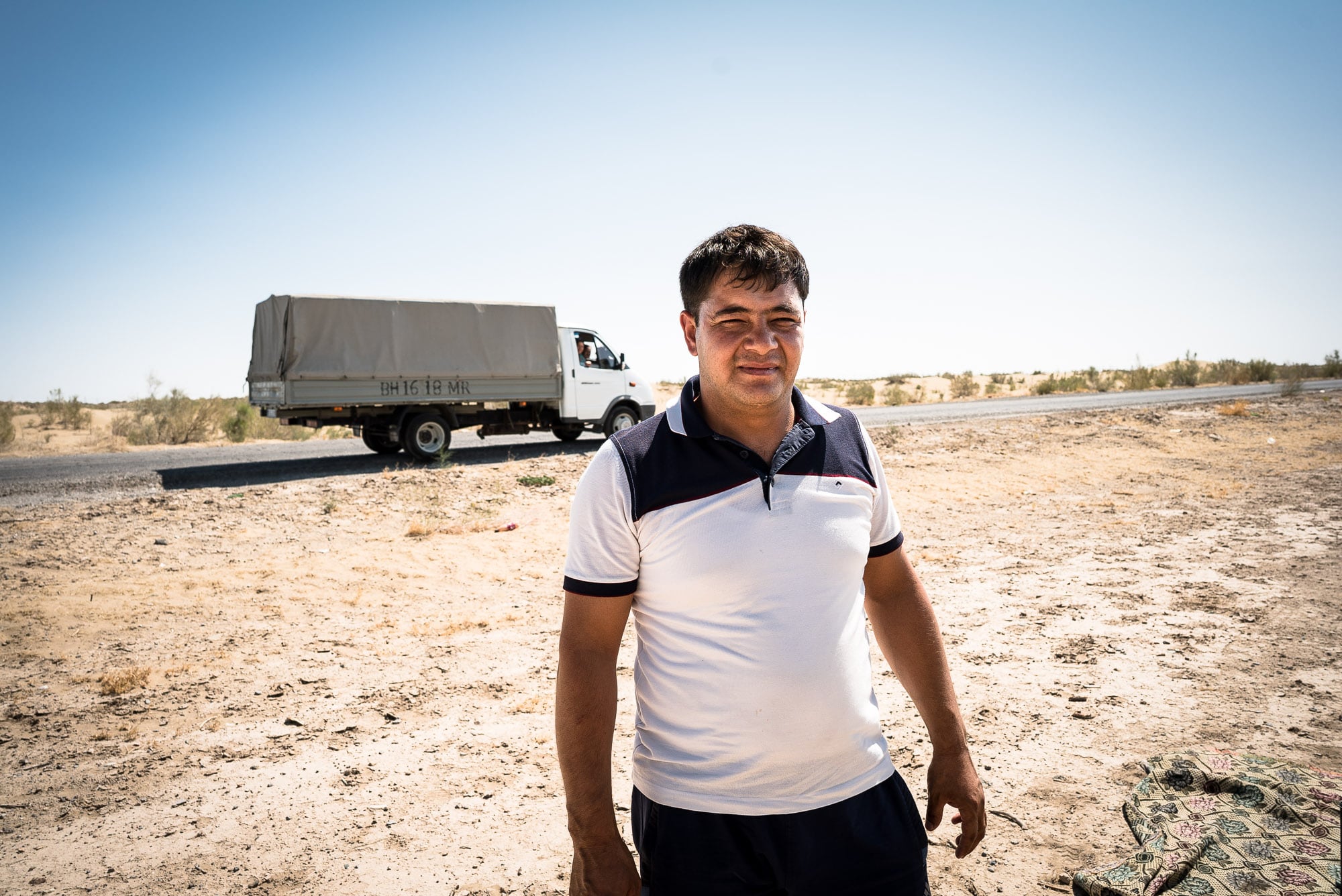 He had stopped his car in order to give me a bag of candy: 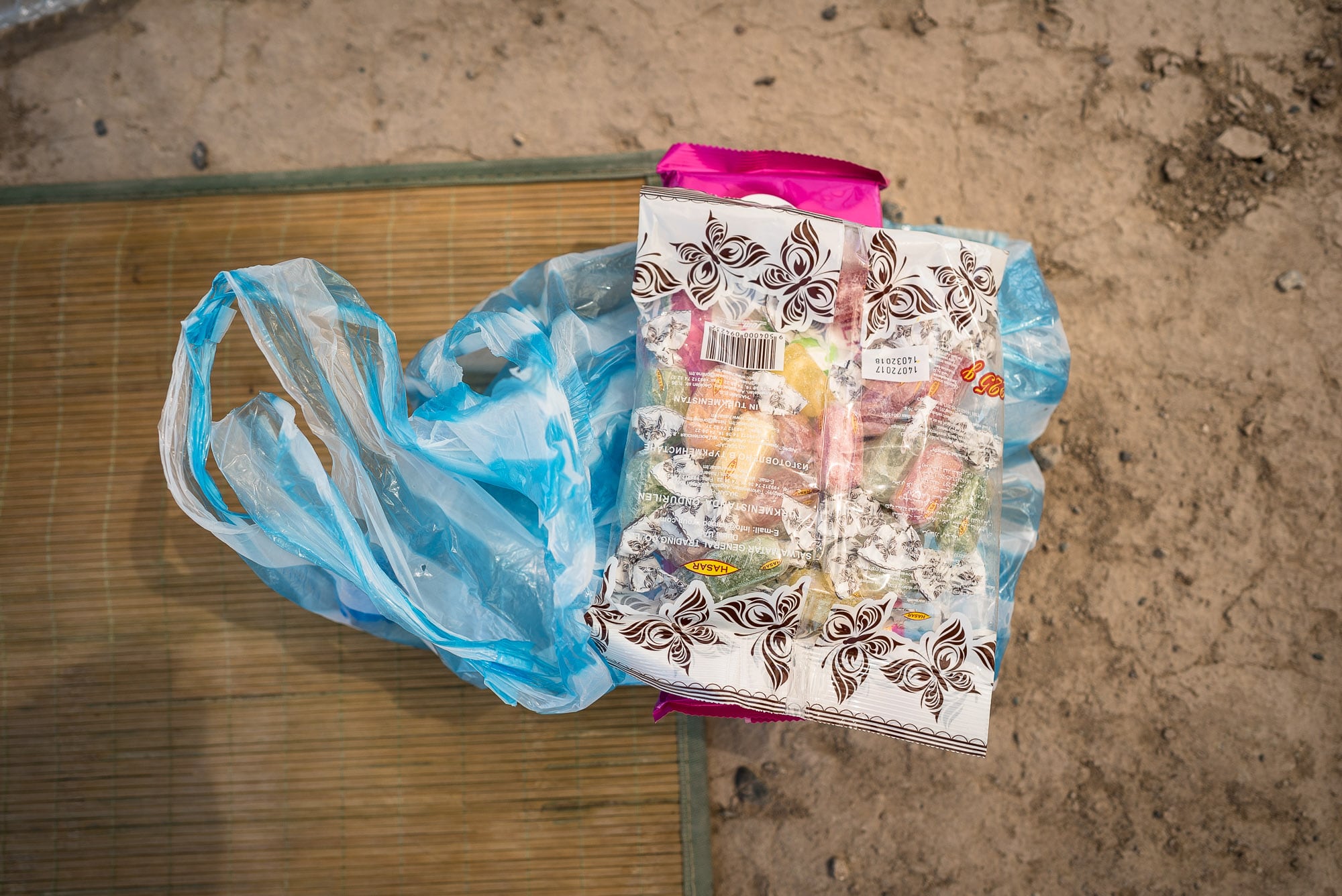 It was becoming increasingly clear that the people of Turkmenistan were really nice.

We had lunch, and then I found a position in which I could rest without being in too much pain: 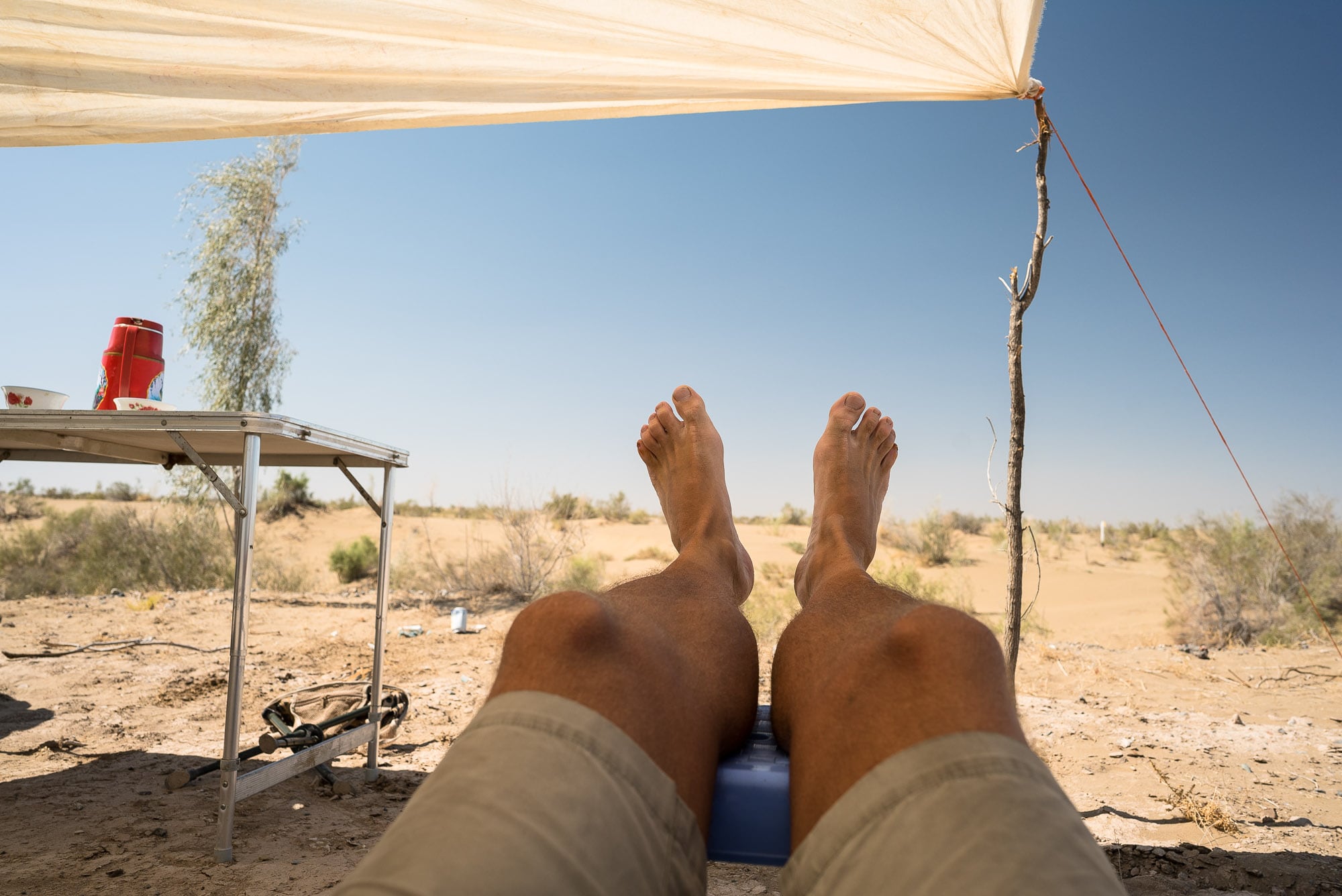 Feet up, that’s the secret.

But I had to change something about my walking game. Both the leather shoes and my synthetic shoes were pure torture for my feet. So in the end I chose the silly option and walked the rest of the day in my flipflops: 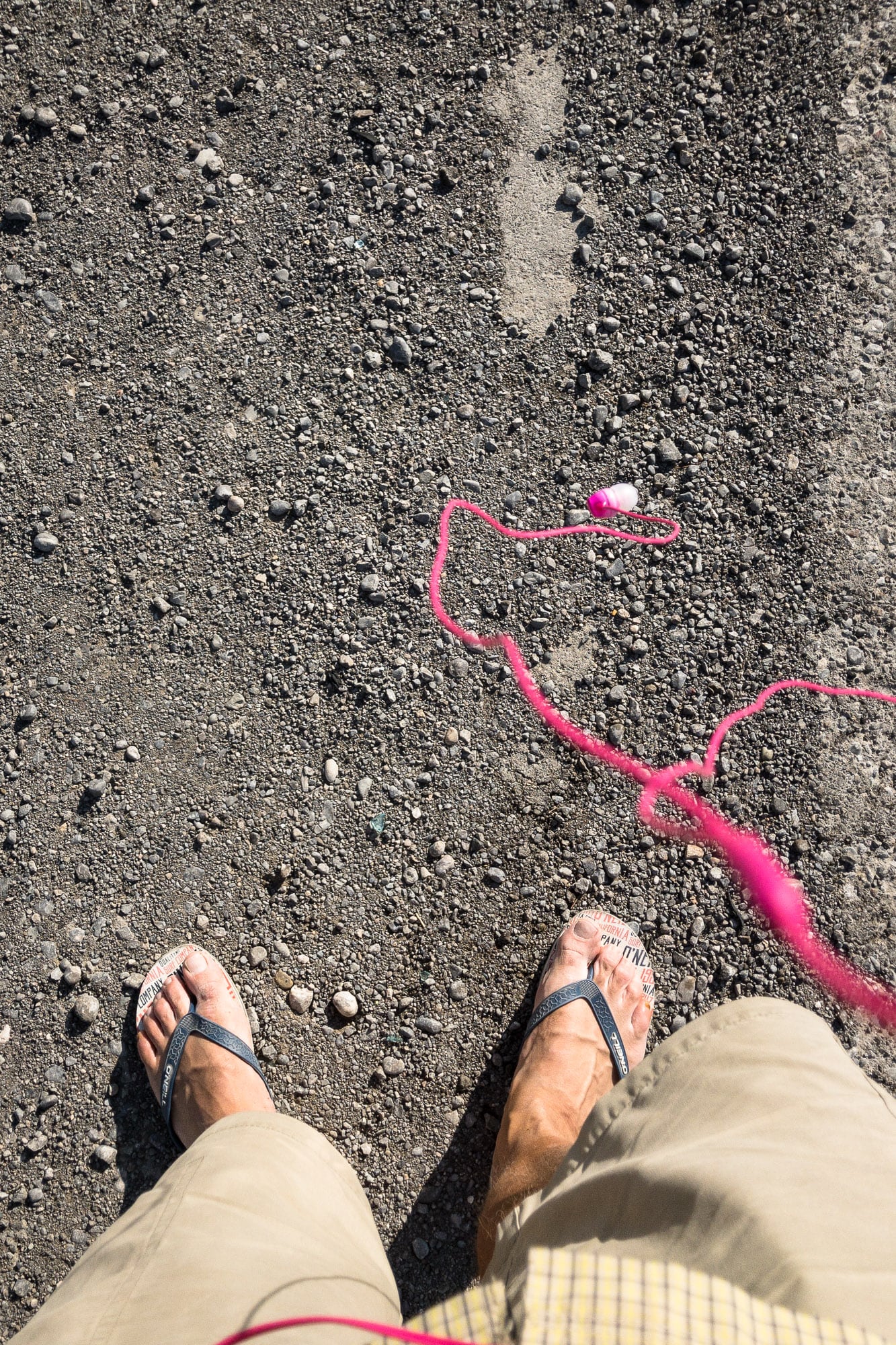 It fucking sucked. But it didn’t hurt as bad as walking in my shoes. At least not yet.

I felt ridiculous though. You know flipflops are called flipflops because of the flapping sound they make, right? So here I was, in the Turkmen desert, walking around to the sound of flap-flap-flap: 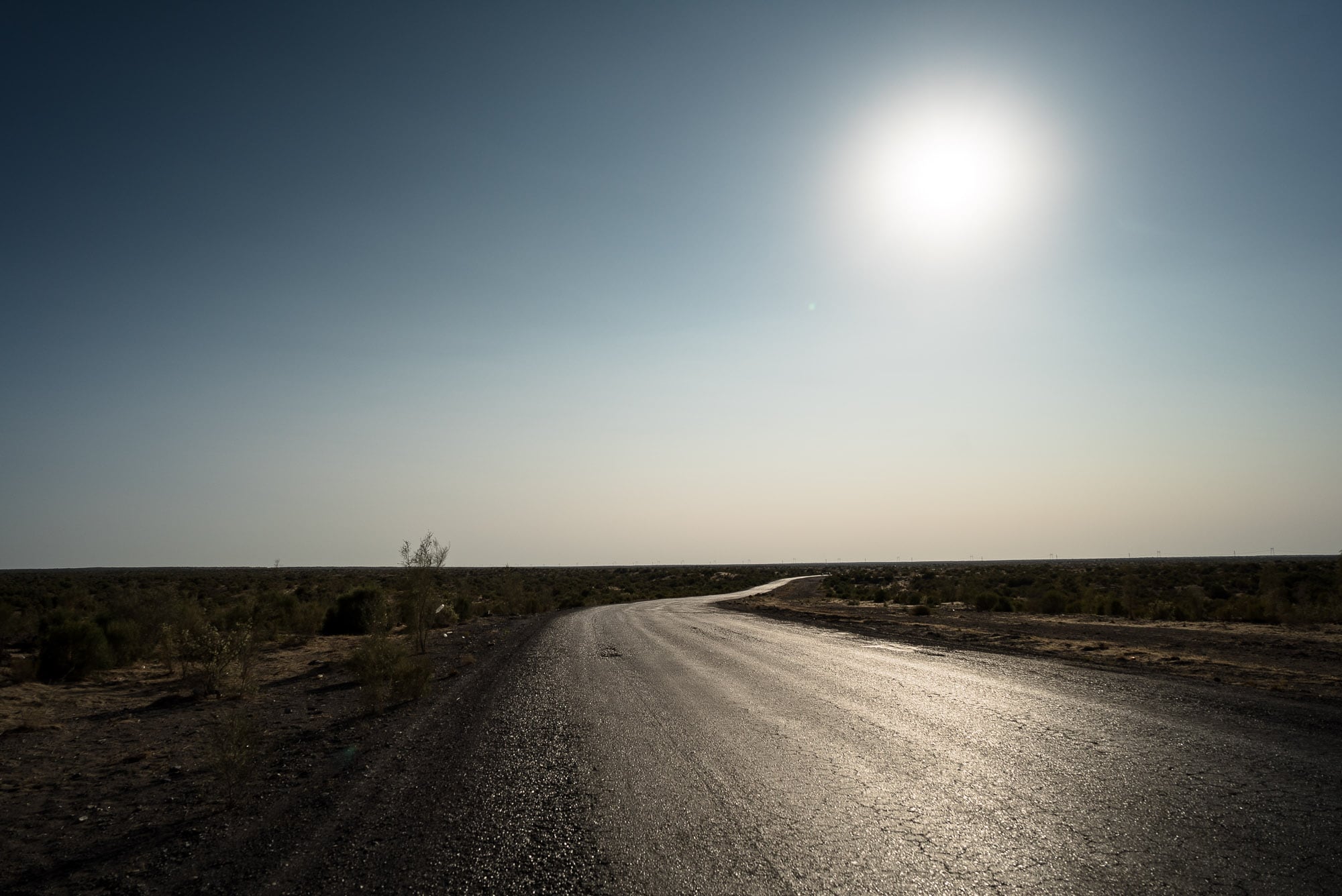 There was sand all around: 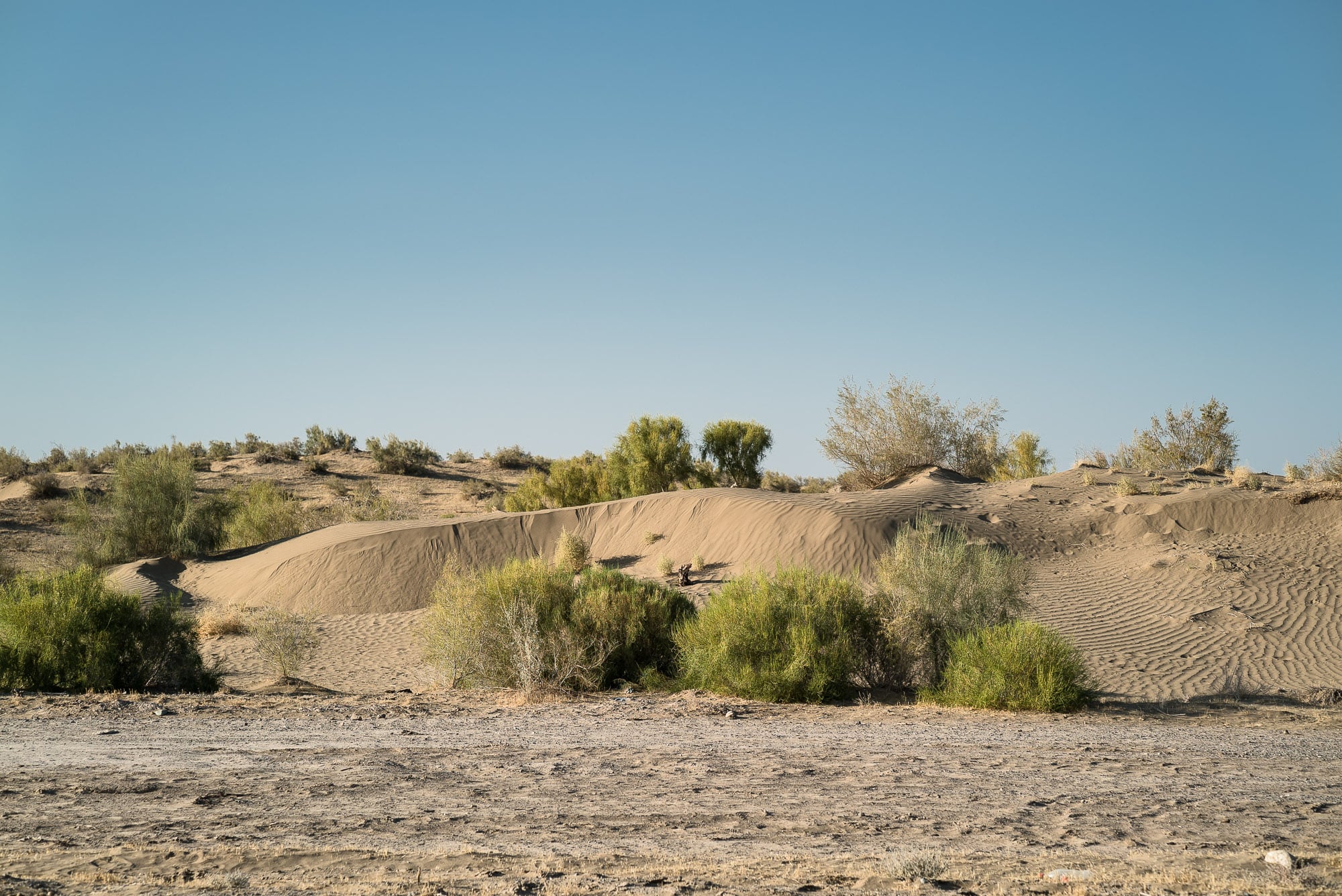 And apparently, there were lots of camels, too: 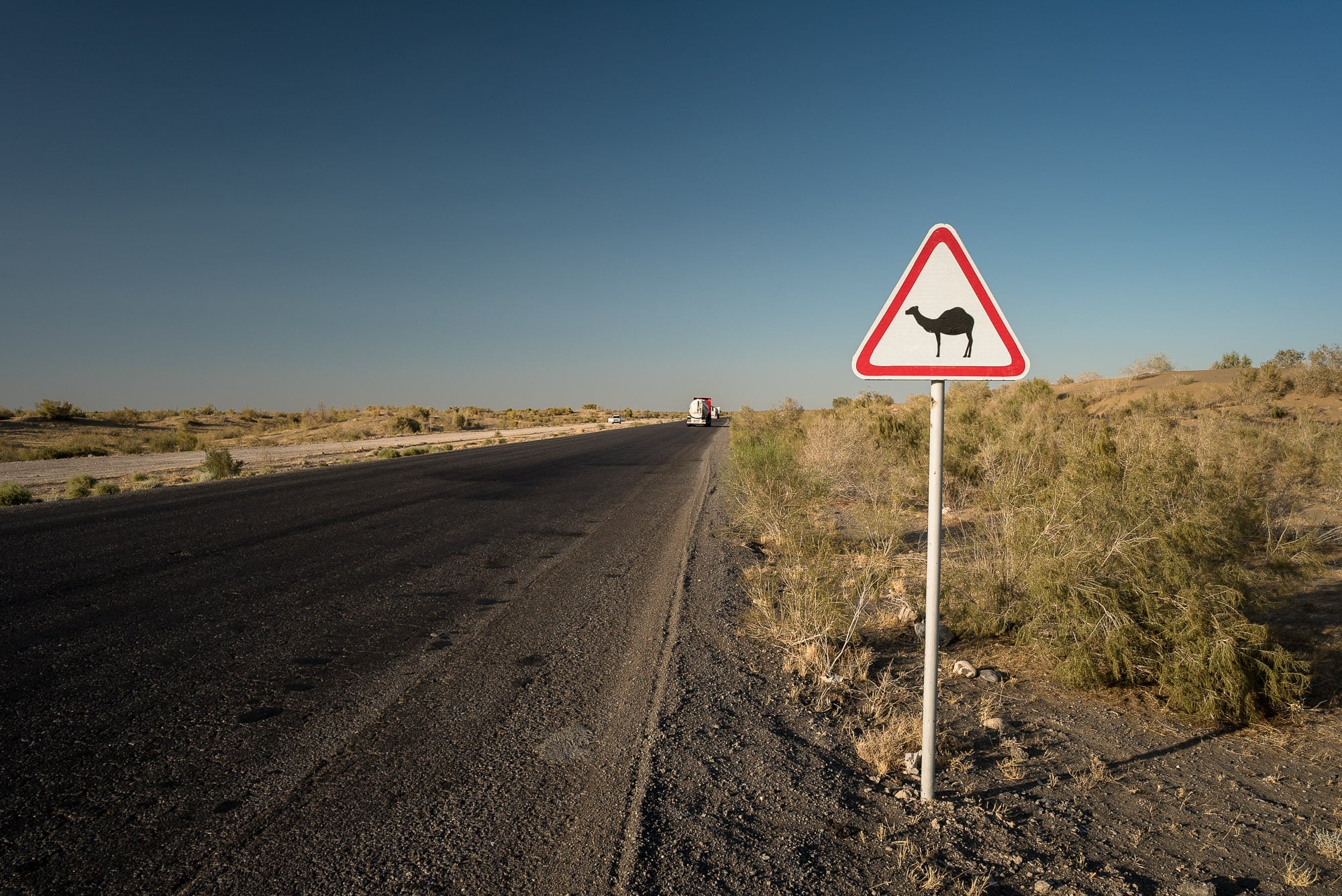 I made it to our night camp somehow, and when I got there, the fire was already going, and dinner was almost ready: 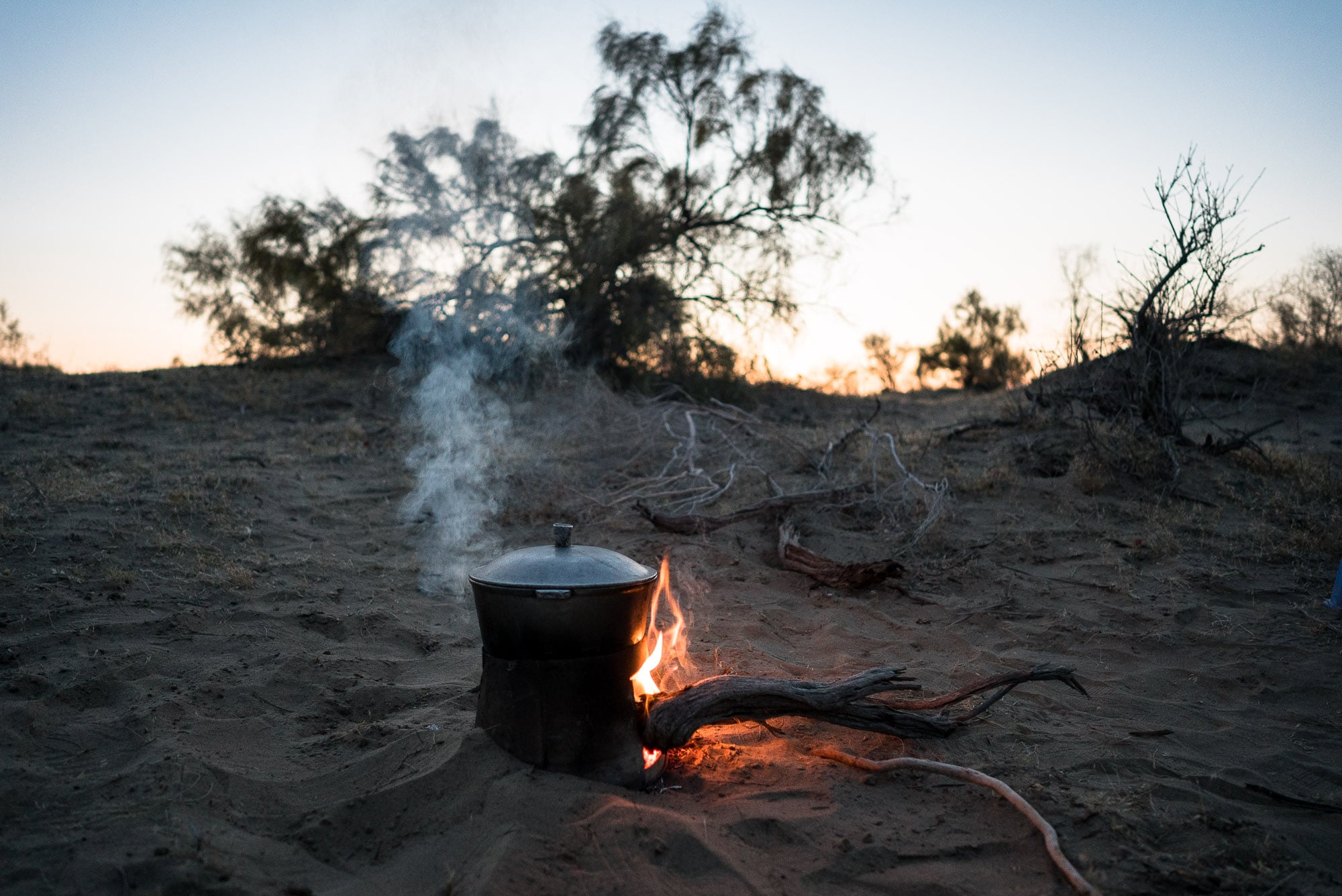 So the world didn’t really look that bad anymore.

Until I found her: 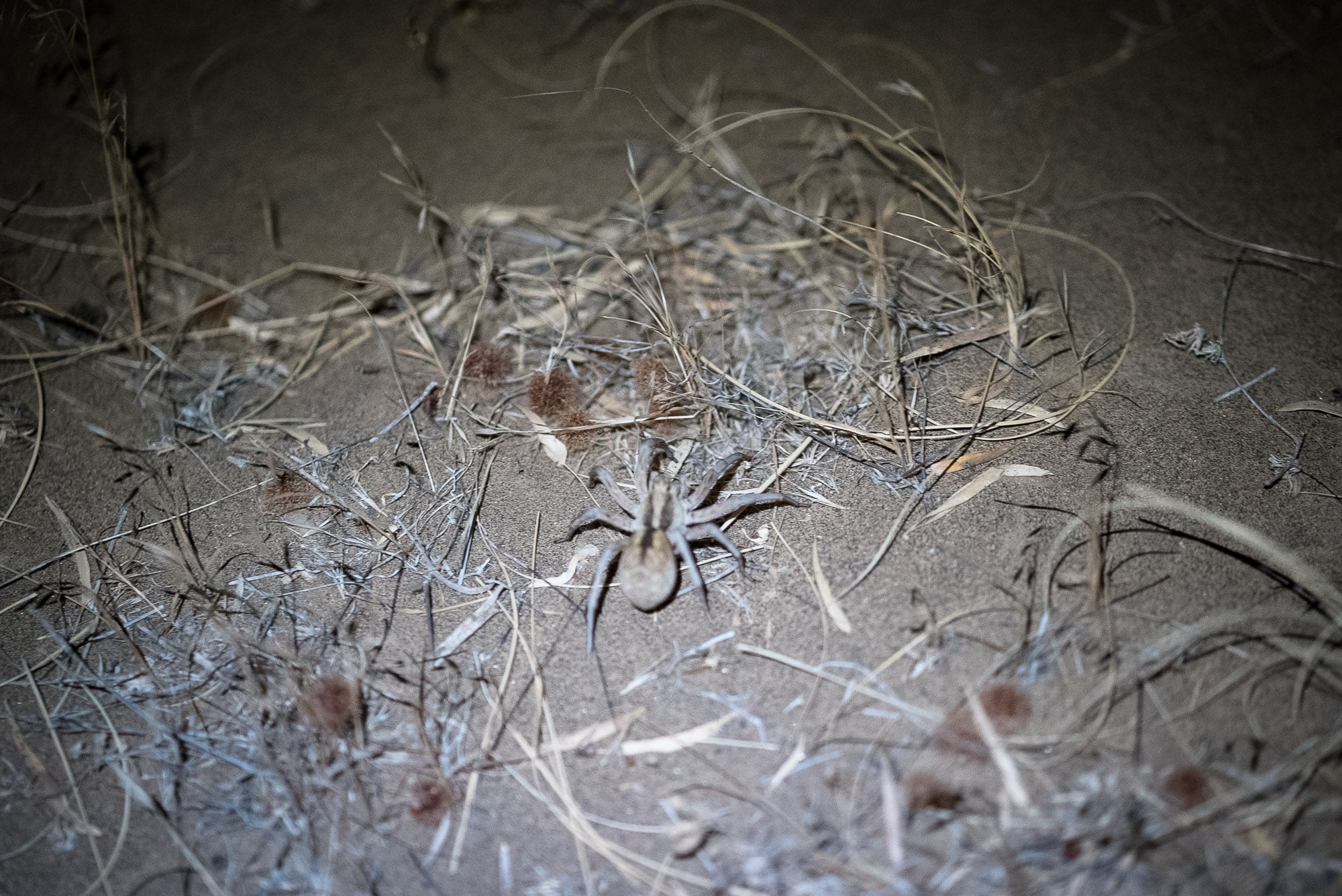 Remember my friend Priscilla from a few weeks earlier? Well, this one was A LOT bigger, and she moved A LOT faster, and she had eyes that reflected my flashlight. What the fuck, I thought, what the actual fuck?

Here’s a little video that recaps the day:

The night was beautiful, though: 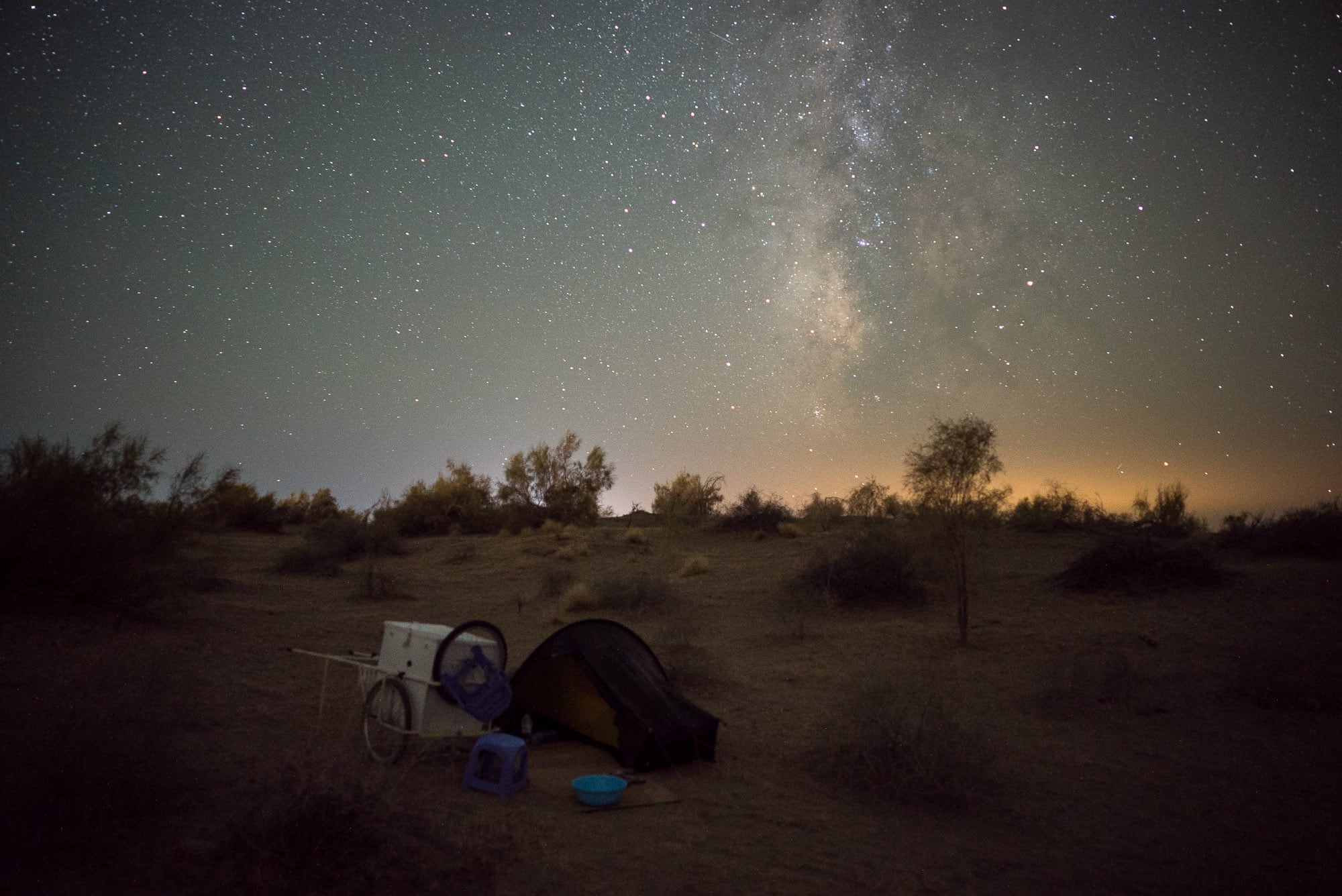 The Longest Way had come to the stars.

Day 865
from somewhere in the desert to Repetek Nature Reserve