Had a great breakfast this morning: 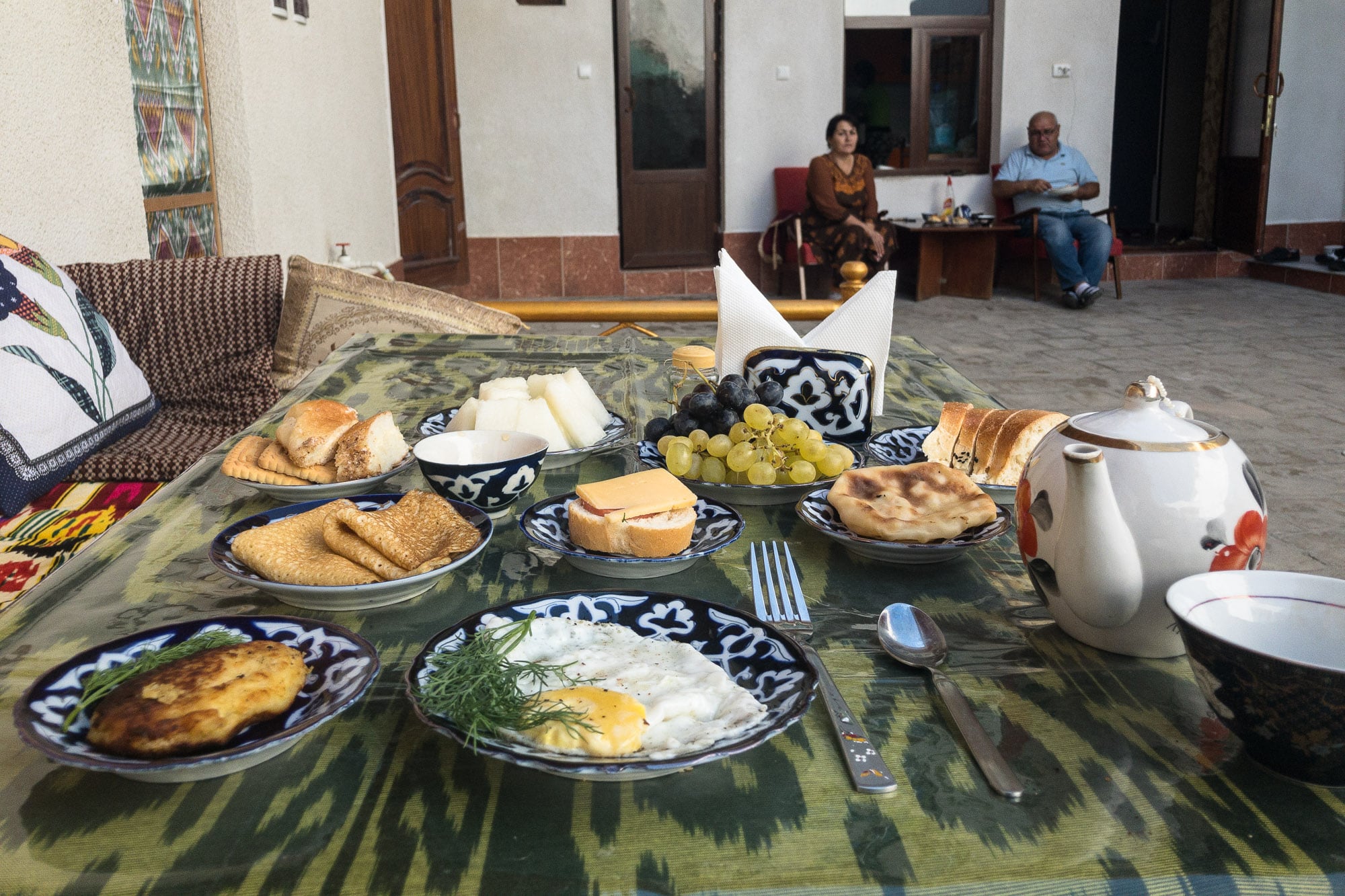 Then I got into a car that was going to take me to the border, to check on the Caboose. We didn’t go to the border right away though, because we first had to pick up some stuff from a garage: 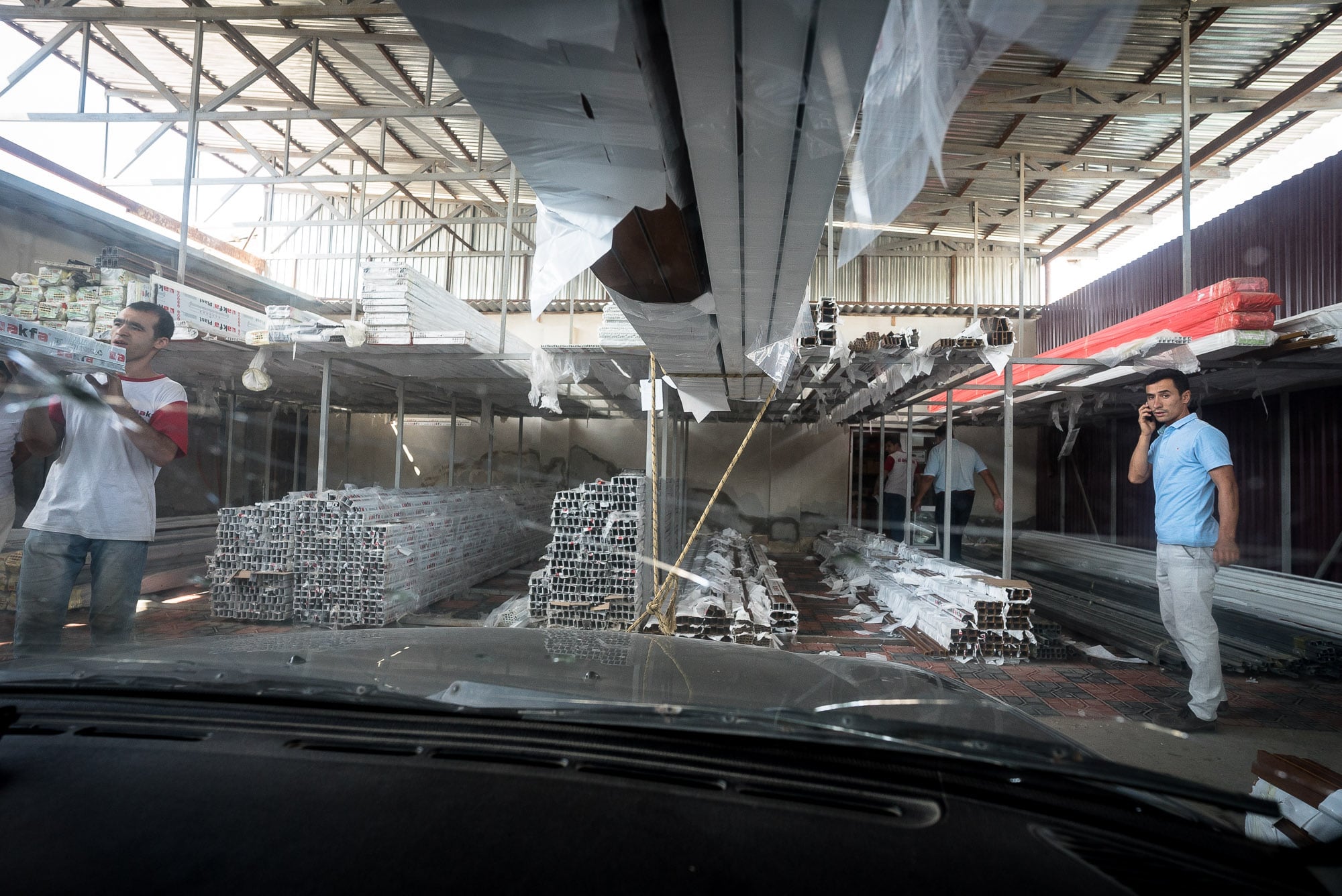 When we were done, the car looked like an elephant: 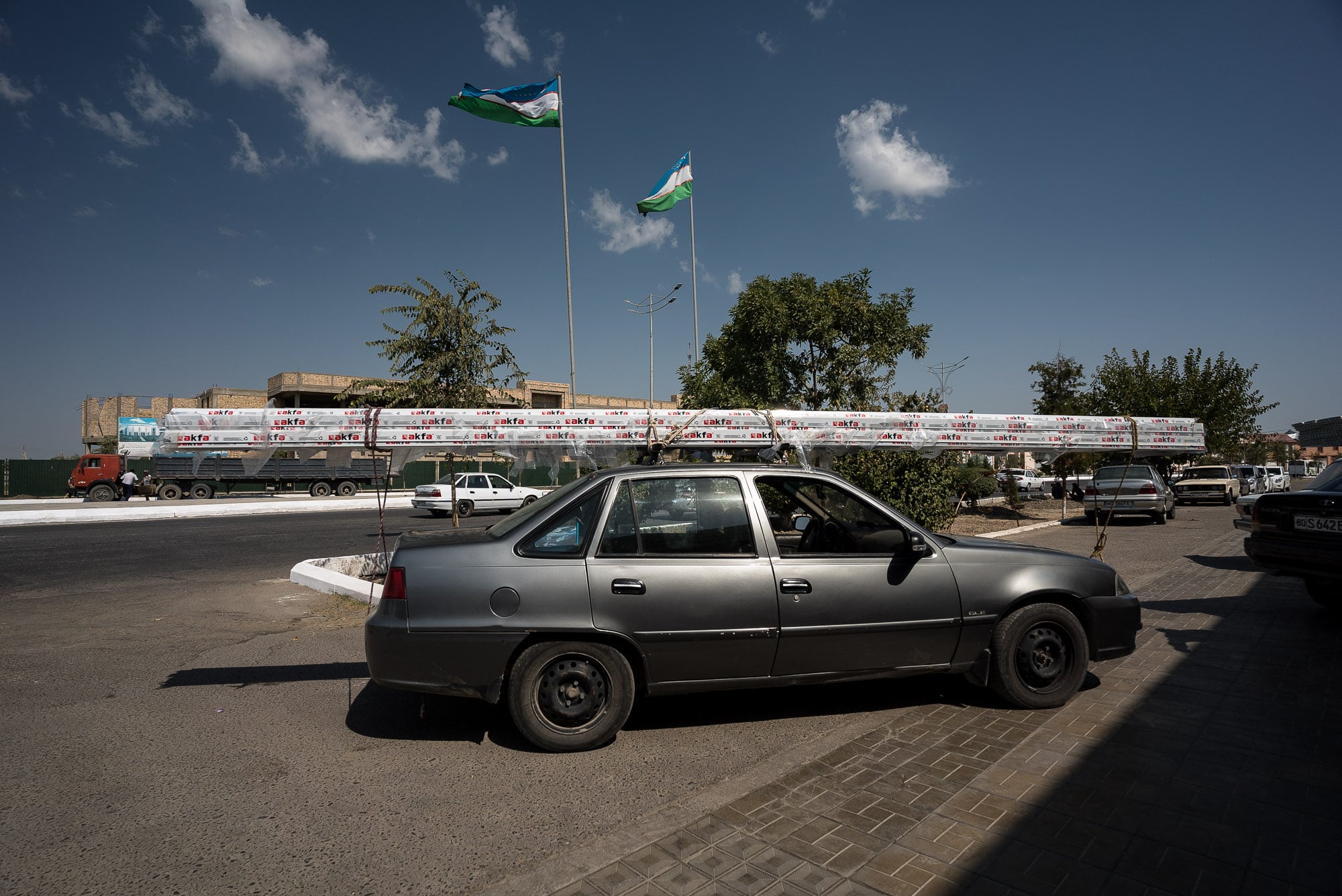 It was a fun ride. We chatted about this and that, and everyone seemed very confused that at thirty-five I didn’t have a wife and kids, yet.

I took photos of everything: 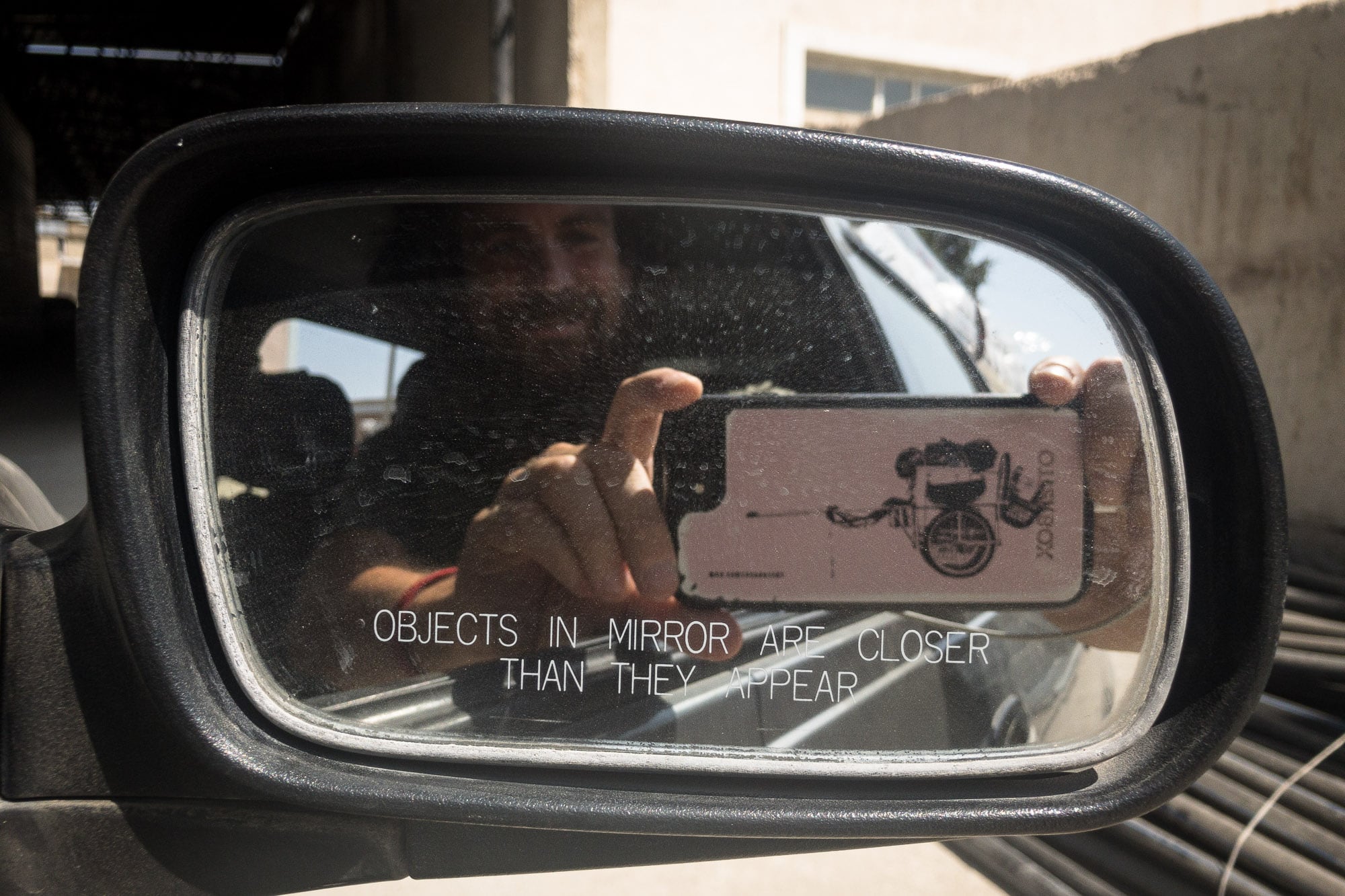 And I felt excited and scared at the same time: 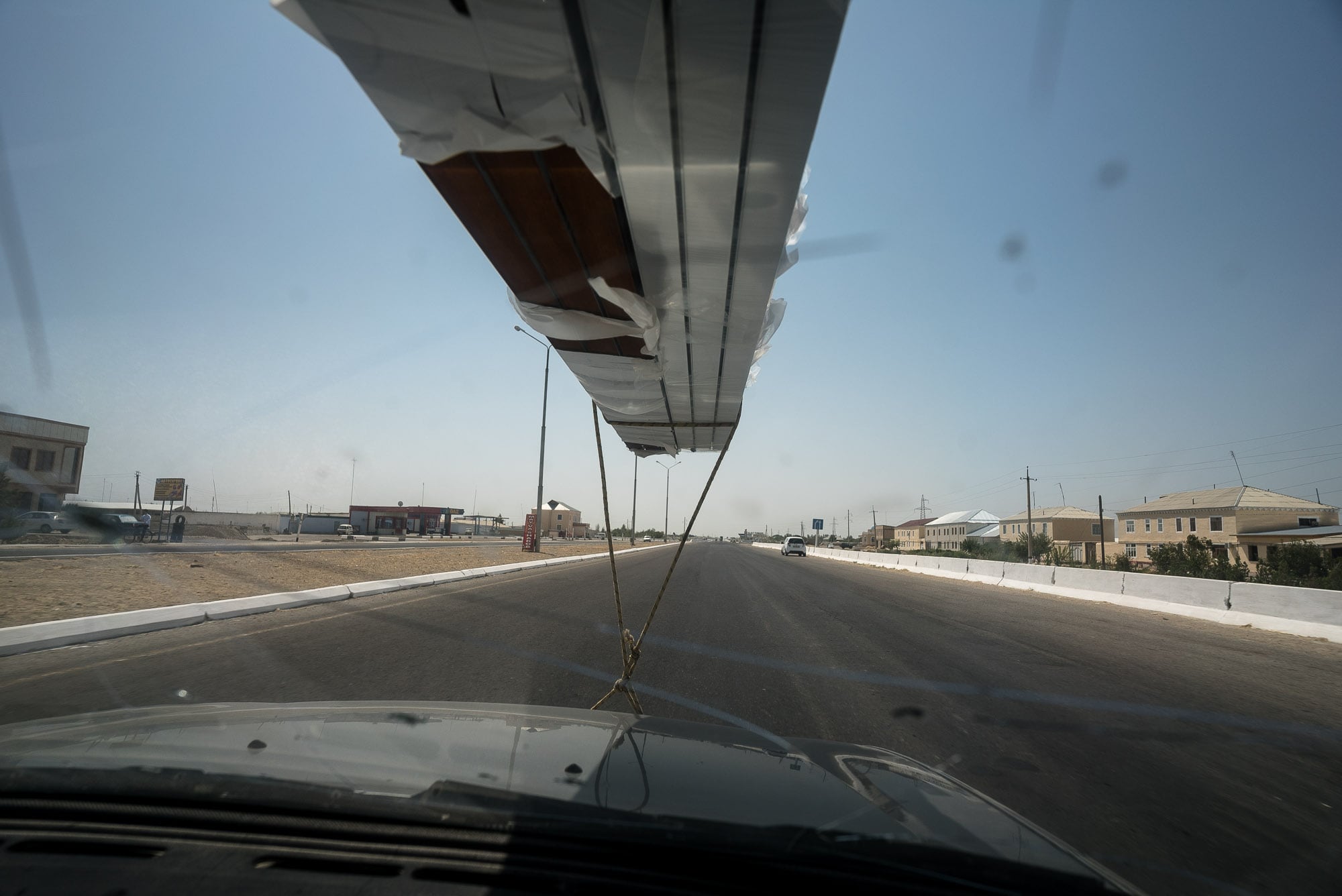 Here’s a short clip from today:

When we got to Marguba’s restaurant on the border, everything was just like before: 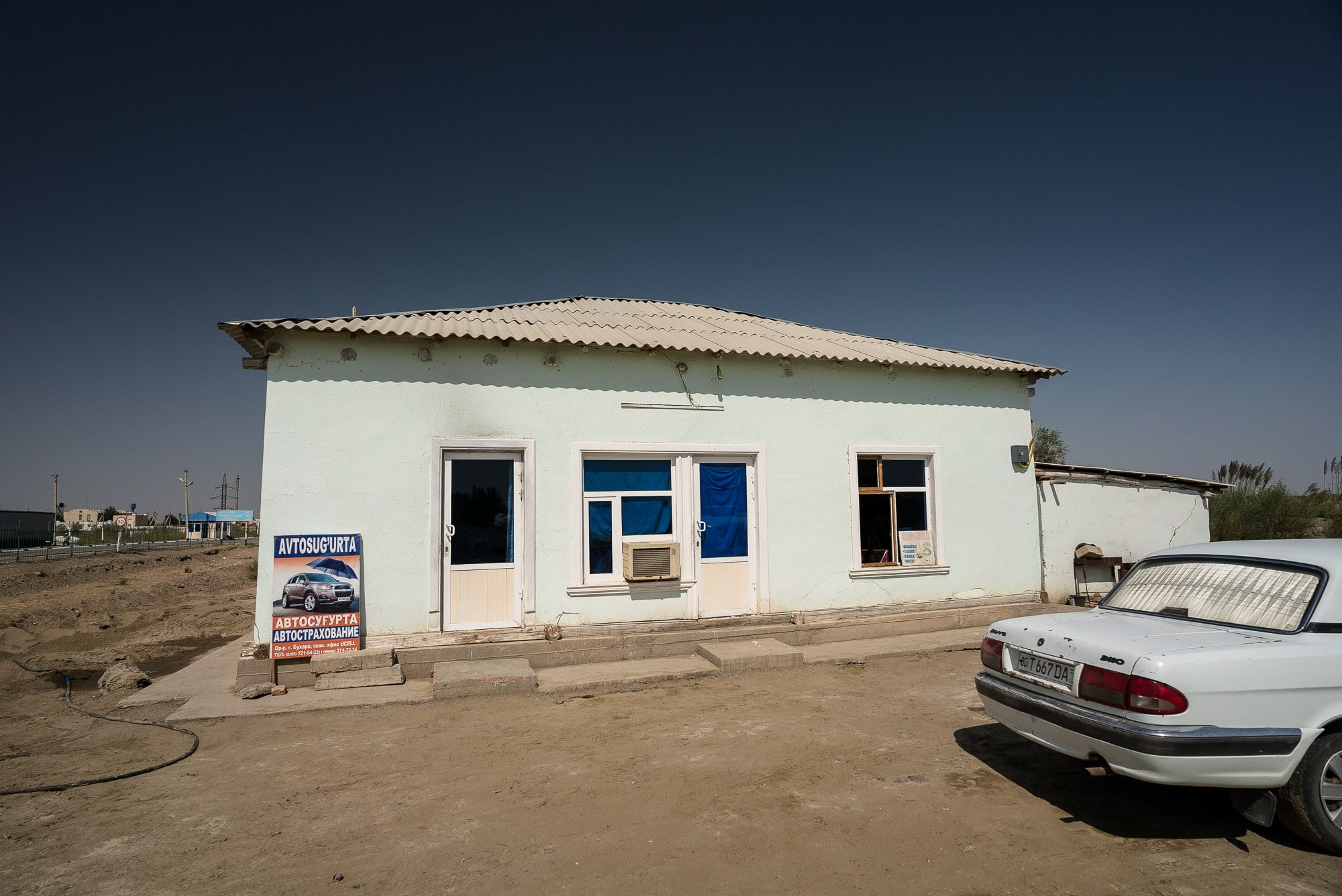 The Caboose was suspended from the ceiling in a shack next to the main building: 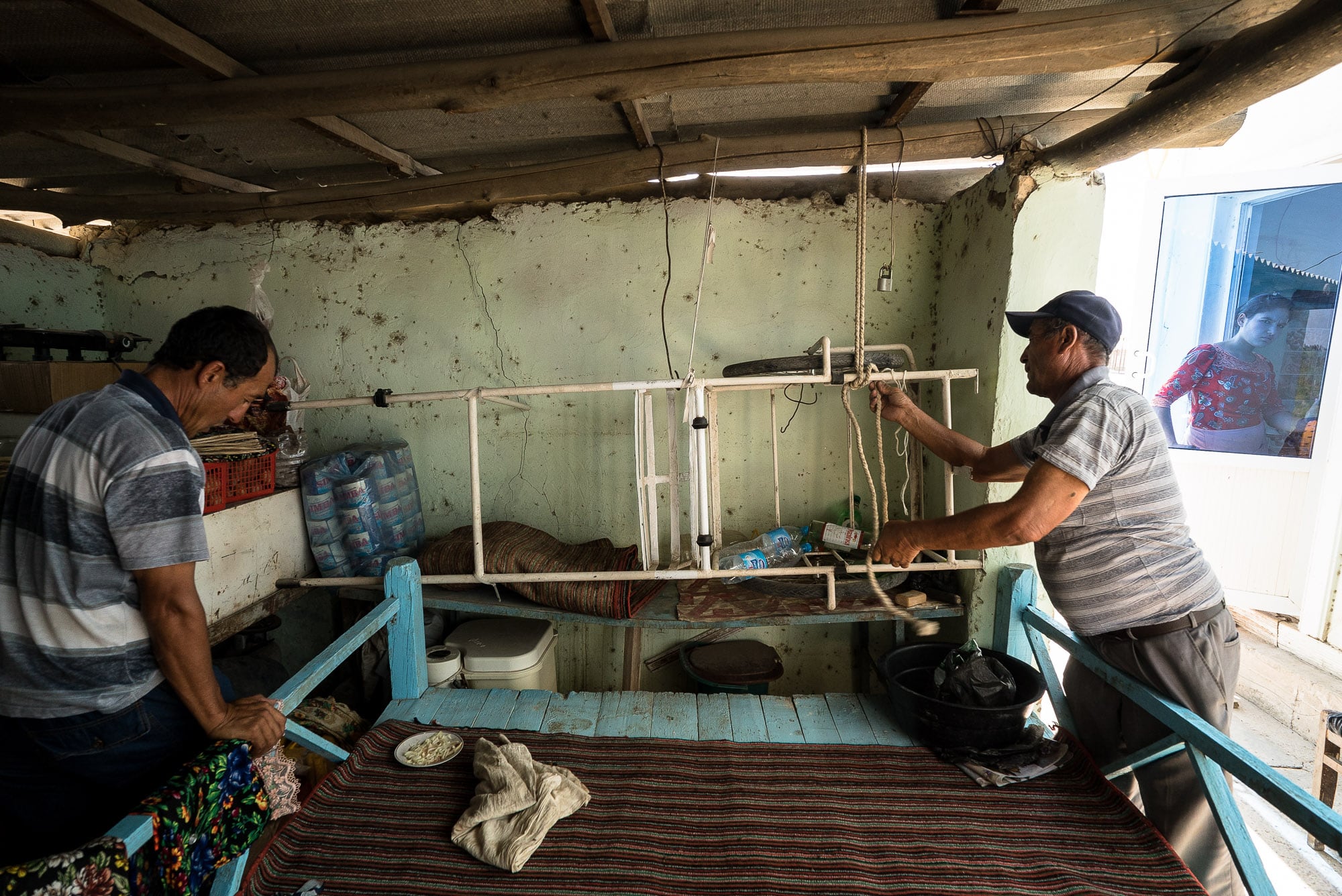 She looked alright and ready to go: 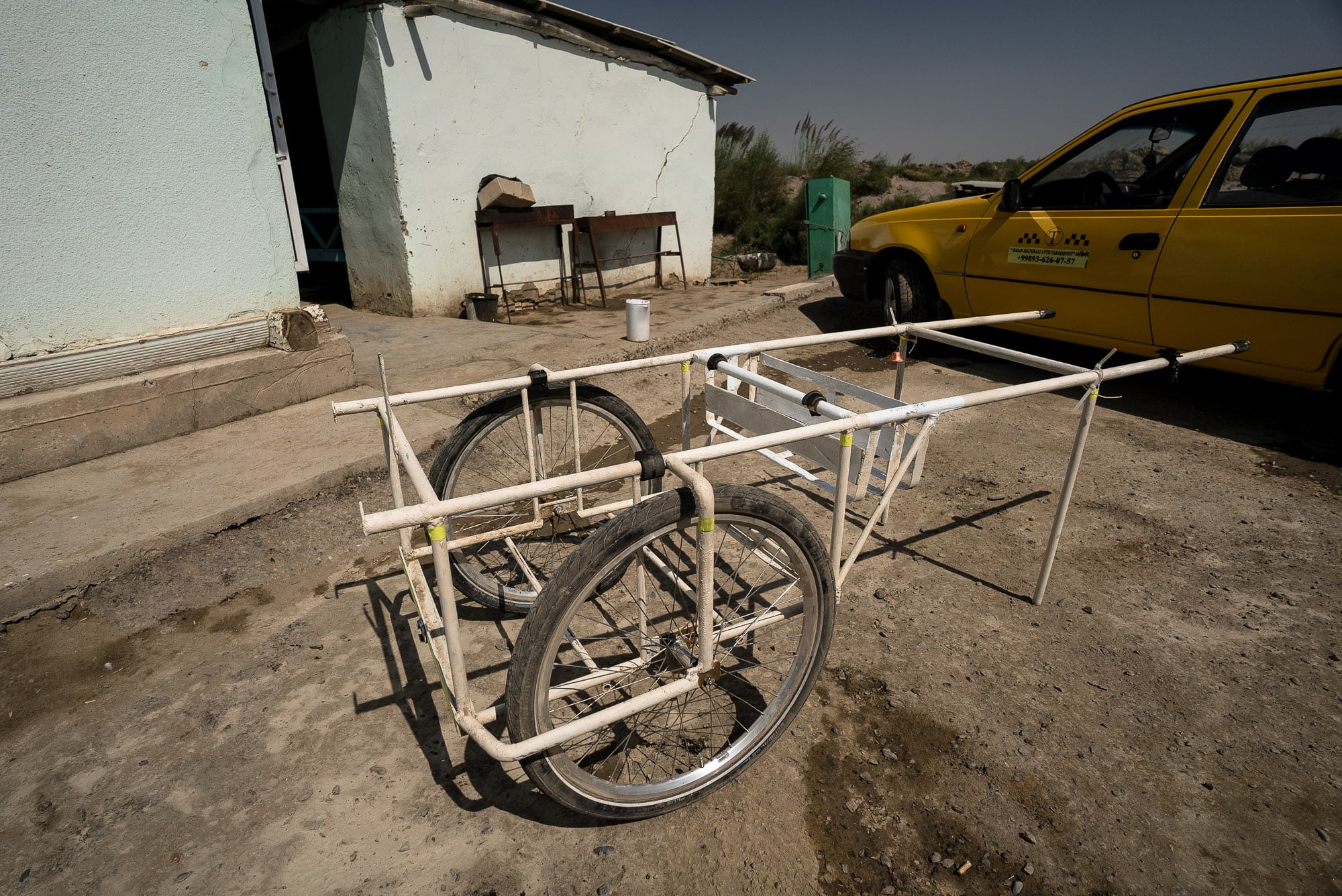 Only one tire was flat, so we took it to an auto-repair shop: 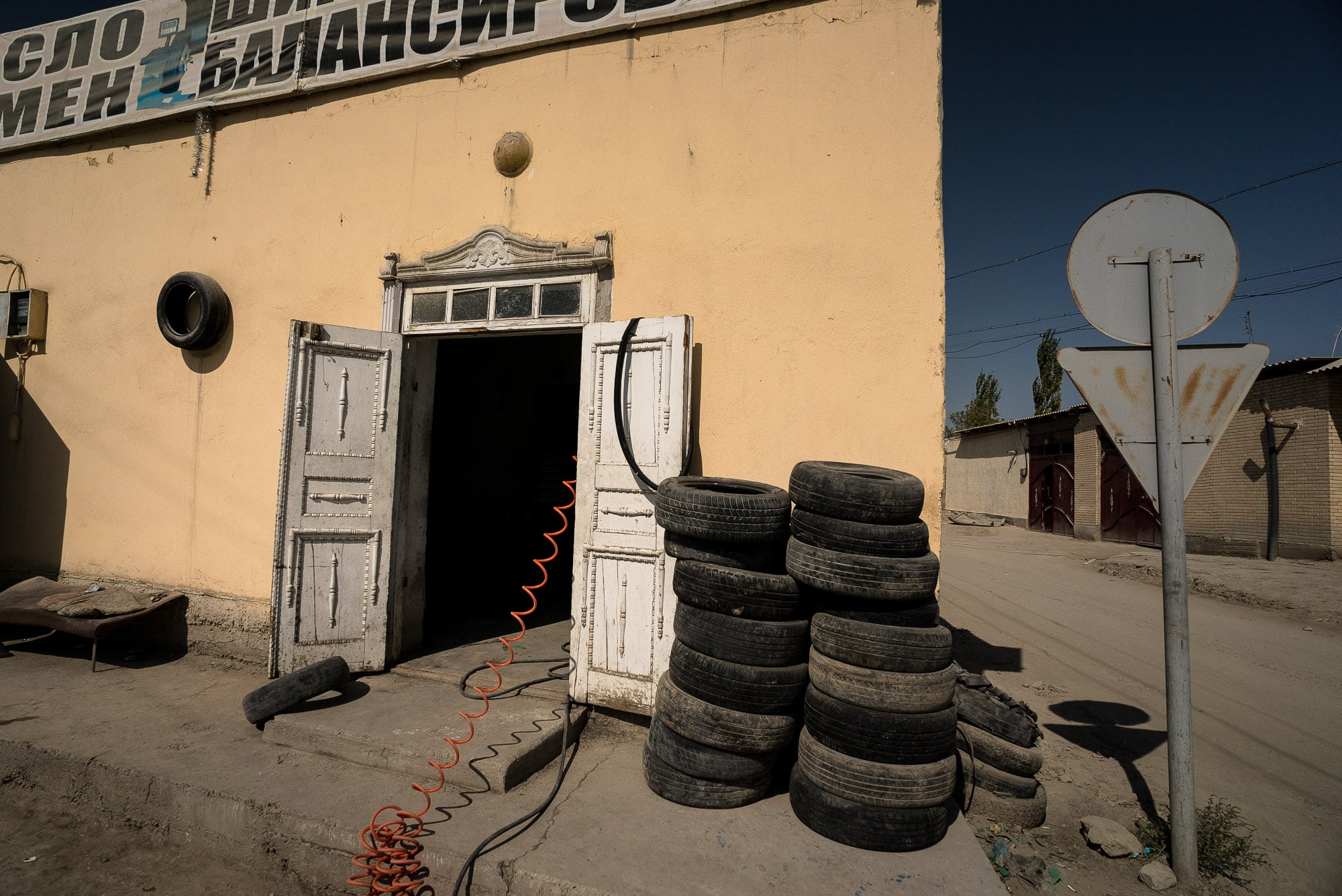 And they fixed it: 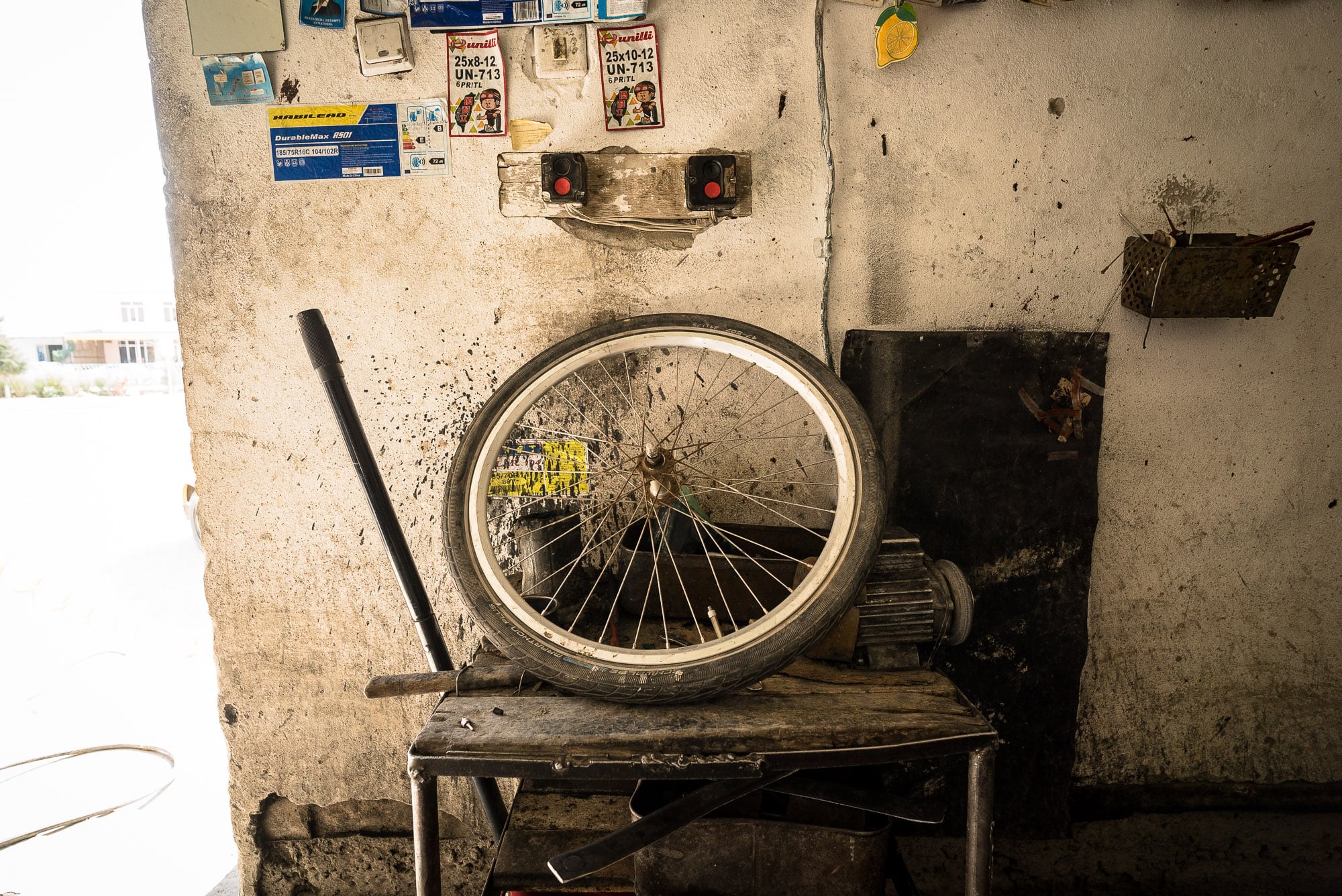 I thanked Marguba and her brother: 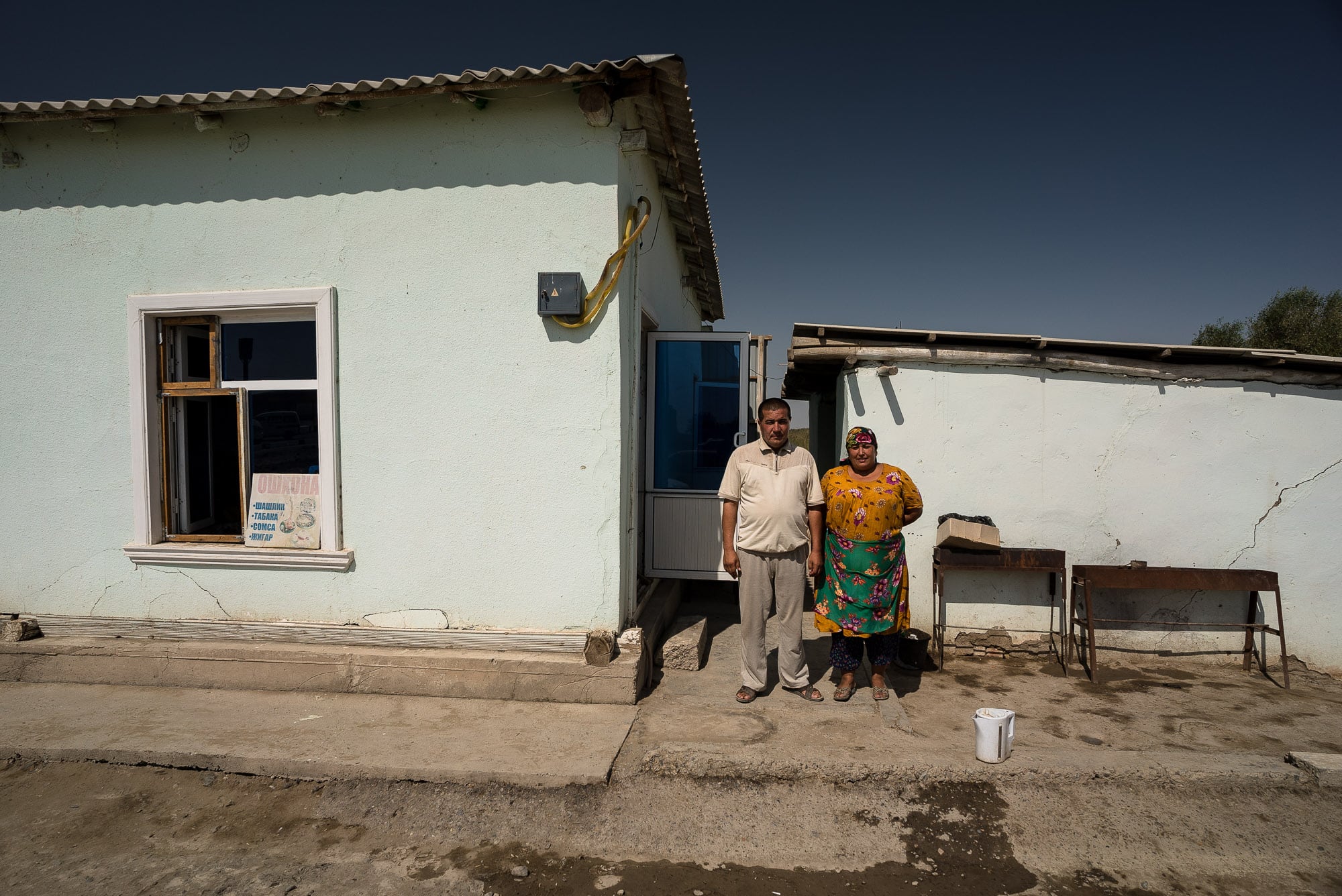 It had been more than three months since I had come here with the Caboose. And now I was almost ready to pick her up and get on the road again.

When I returned to Bukhara that night, the city was bathing in a soft sunset: 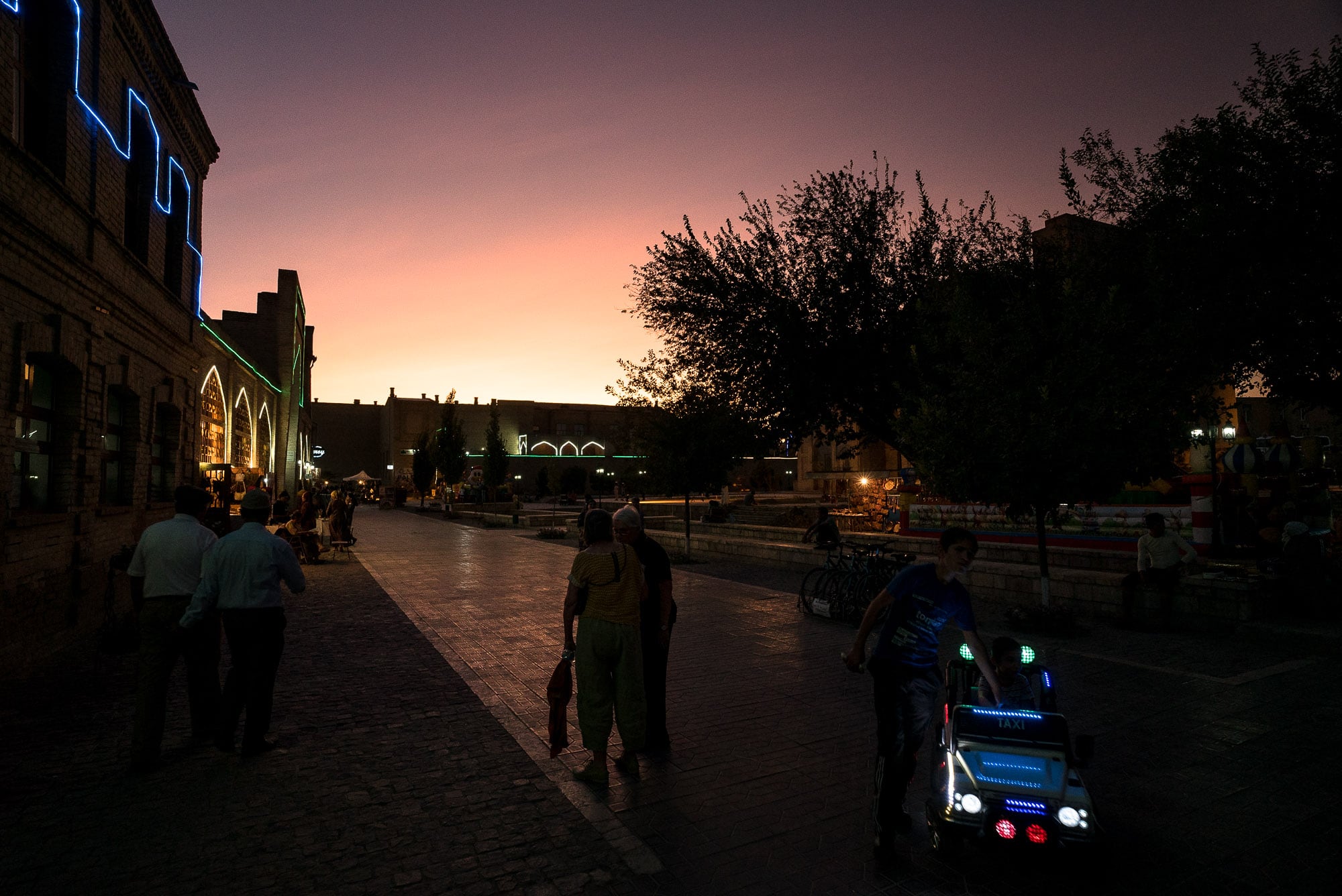 I walked around the back alleys for a while: 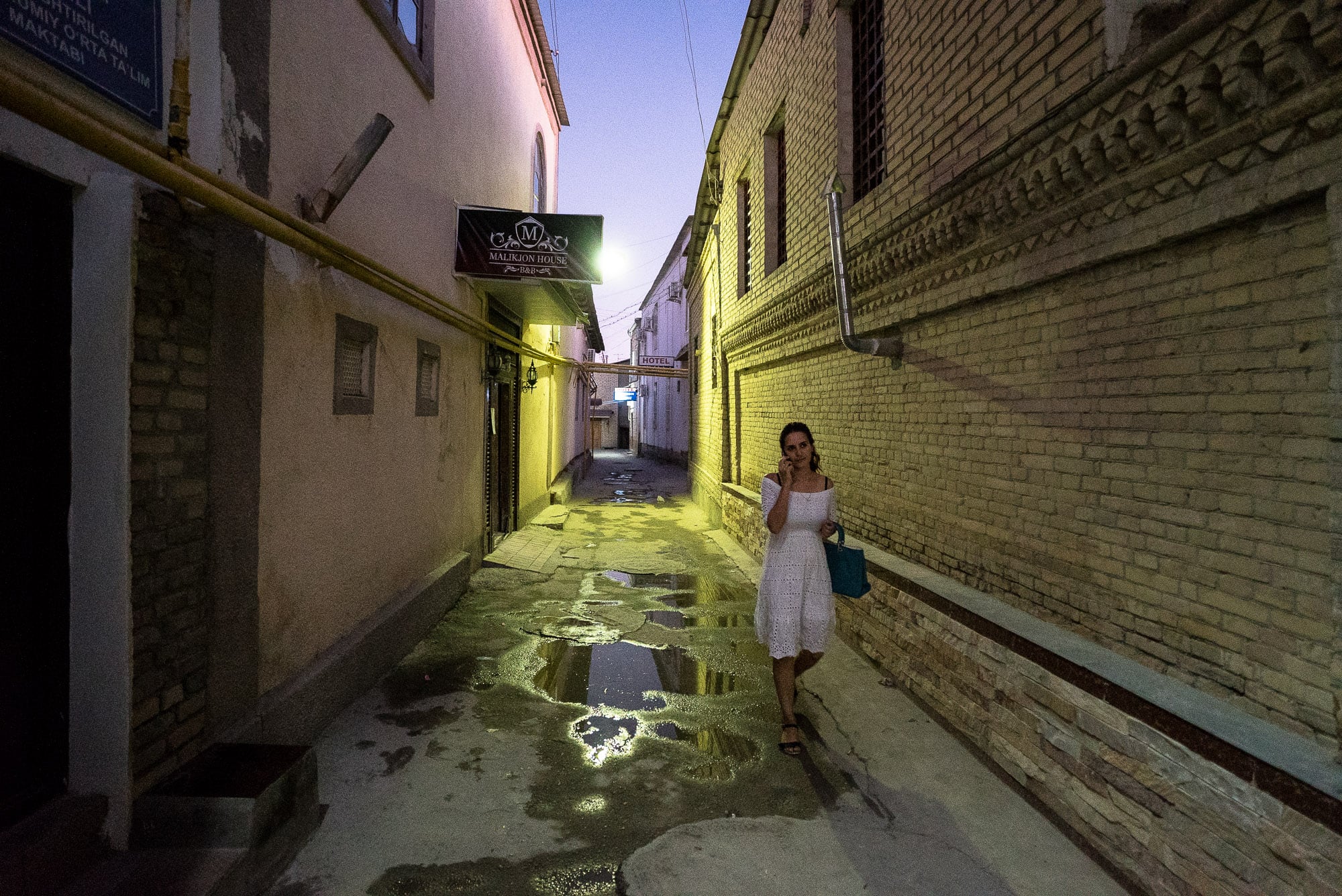 Then I ate something. Then I slept.