Woke up in Bukhara, aching.

Went outside once, because there was some sort of noise that I could not quite identify: 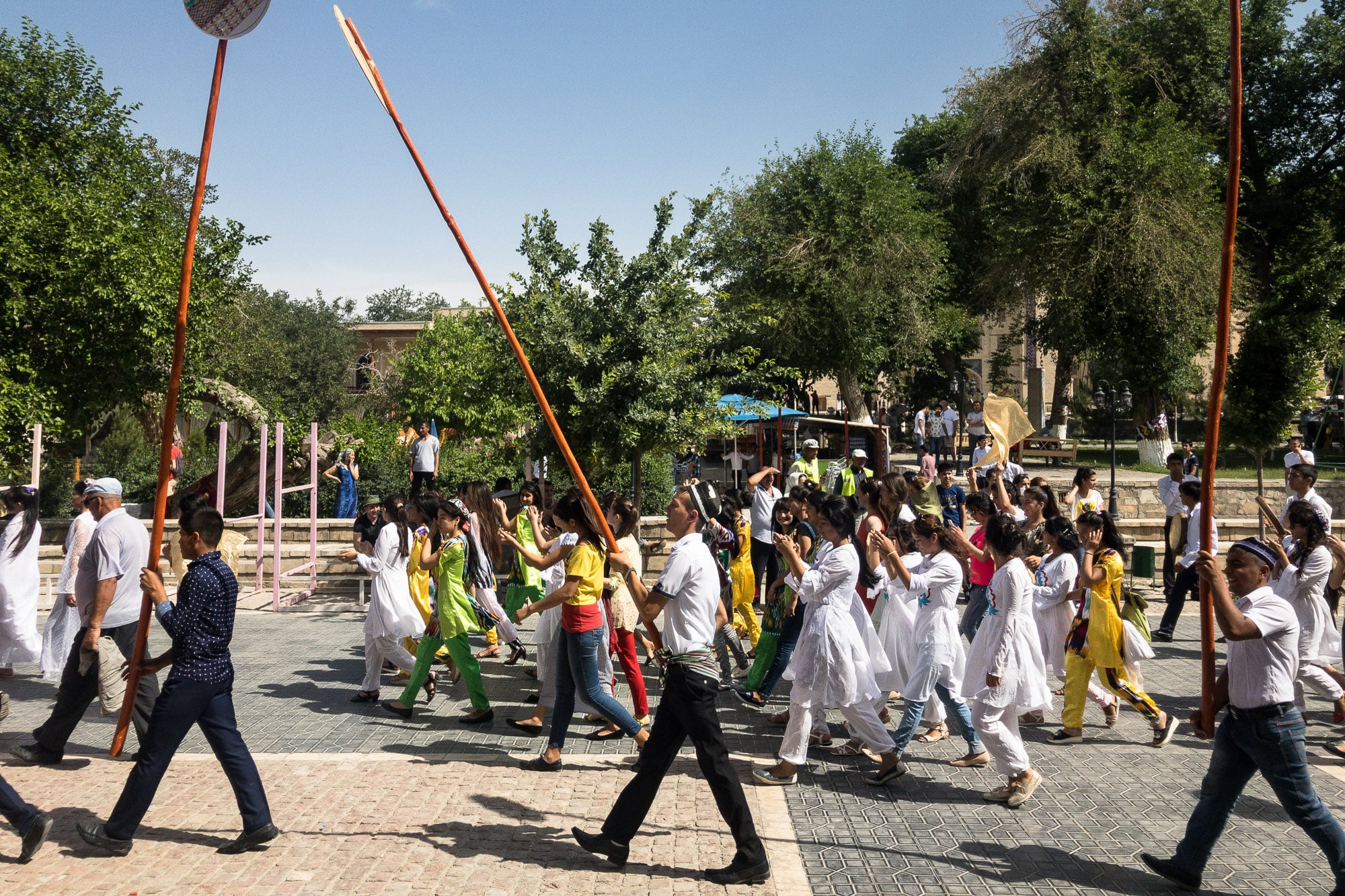 It was the final rehearsal for the Silk And Spice Festival parade. The real deal was going to take place the next day.

To my untrained eyes and ears, it seemed as though everyone was trying their best hard to be extremely loud:

At which they succeeded.

The police brought up the rear: 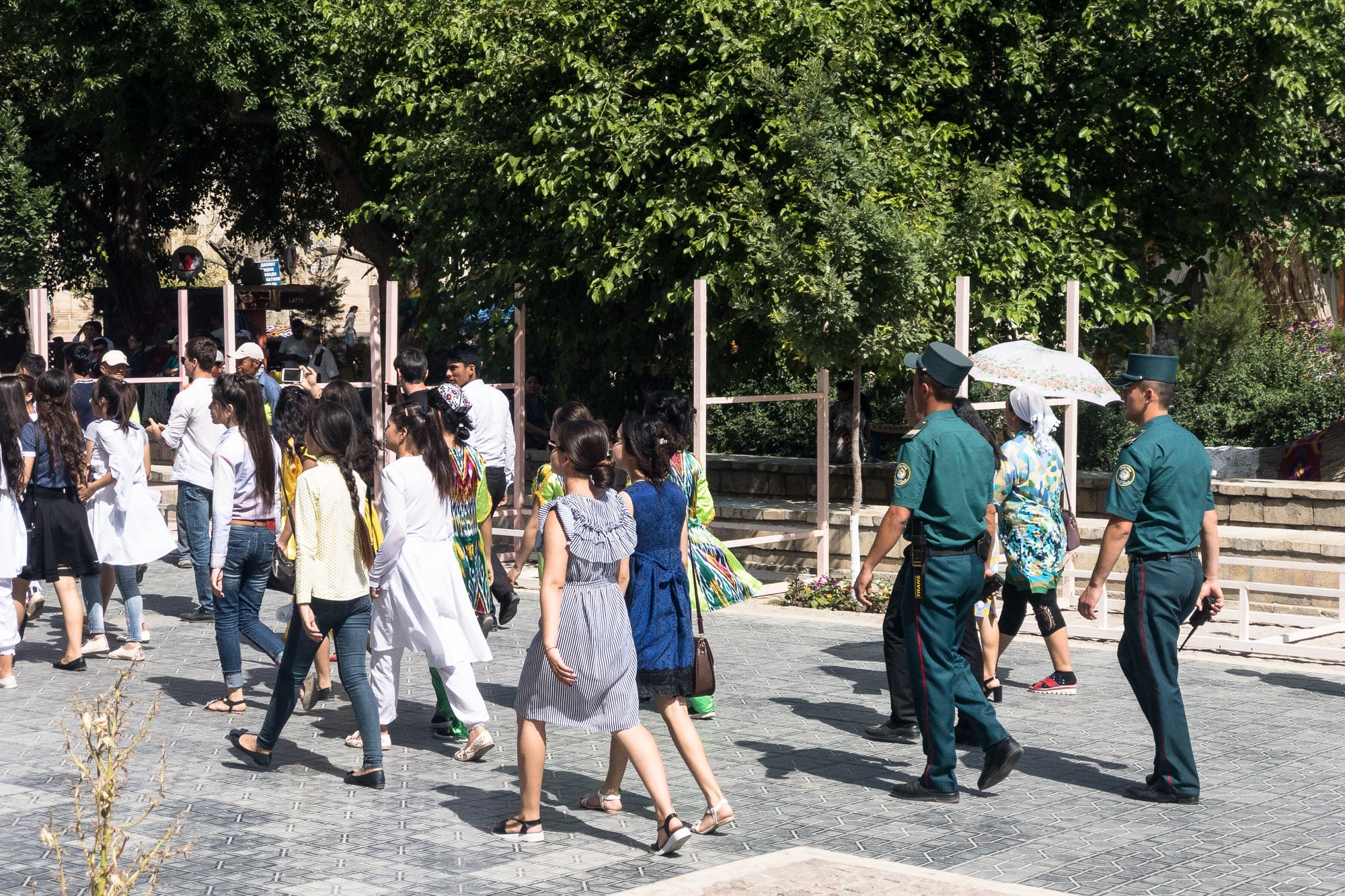 And then it was all over.