Juma having no hotel and Uzbekistan having a rule that foreigners had to stay in hotels in order to register could mean only one thing: I had parked the Caboose overnight, hopped in a car back to Samarkand, slept there and then taken a taxi back to Juma in the morning.

It was all very complicated.

When I arrived in Juma, the Caboose was doing great. She had spent the night in Golib’s tool shop: 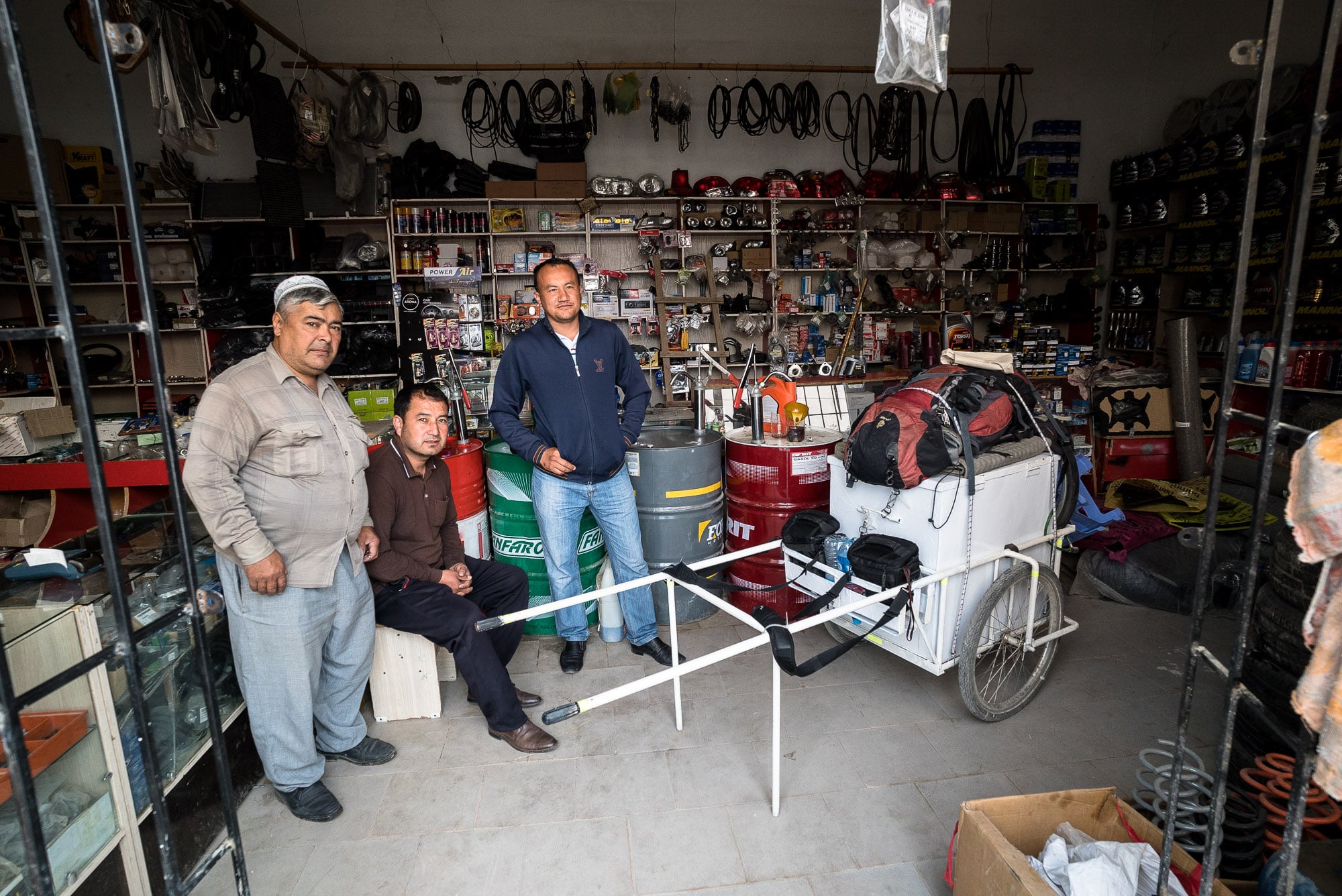 Golib was a serious businessman and an overall great guy who had given me a ride back to Samarkand the night before: 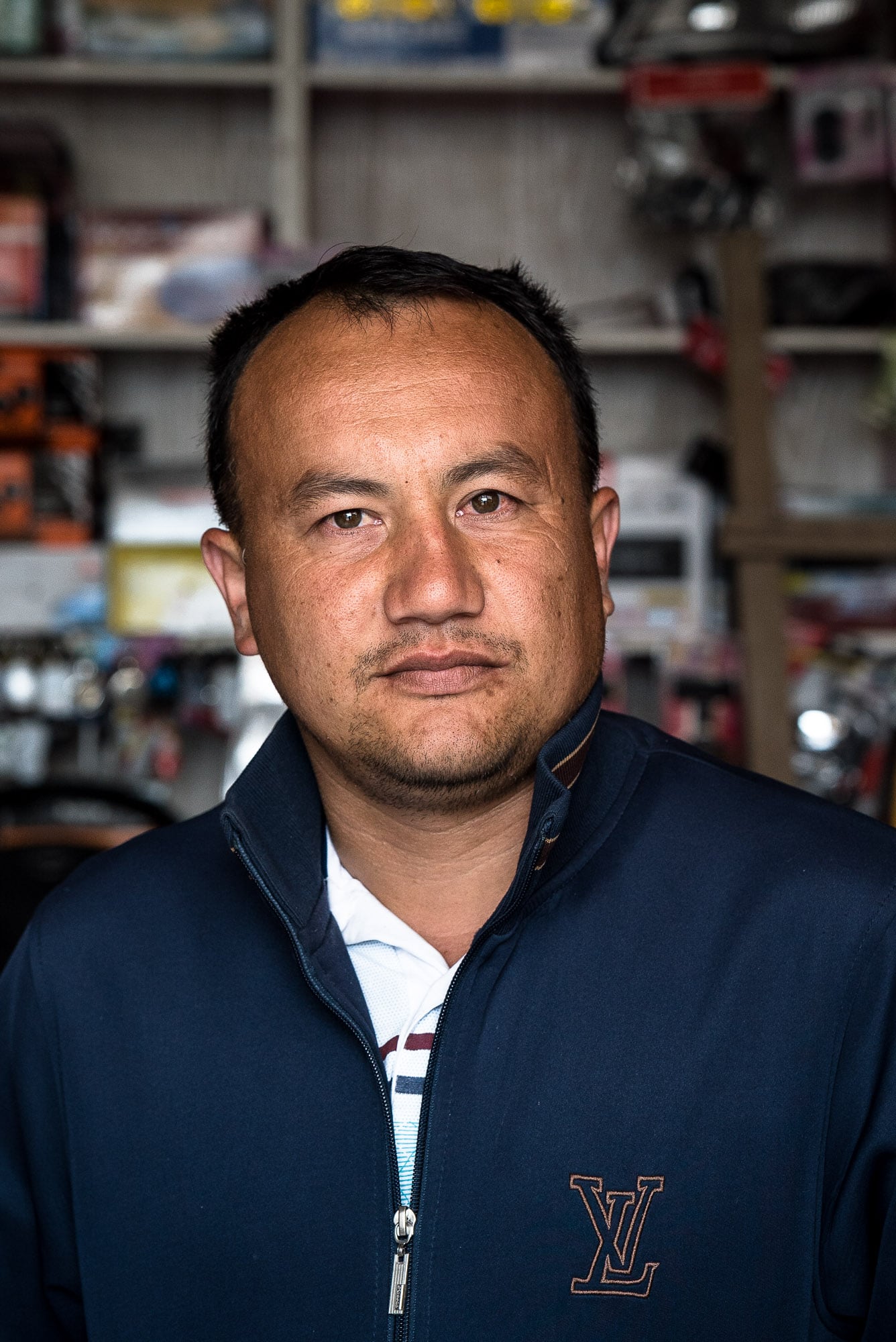 I said my thanks and got back on the road. It was overcast: 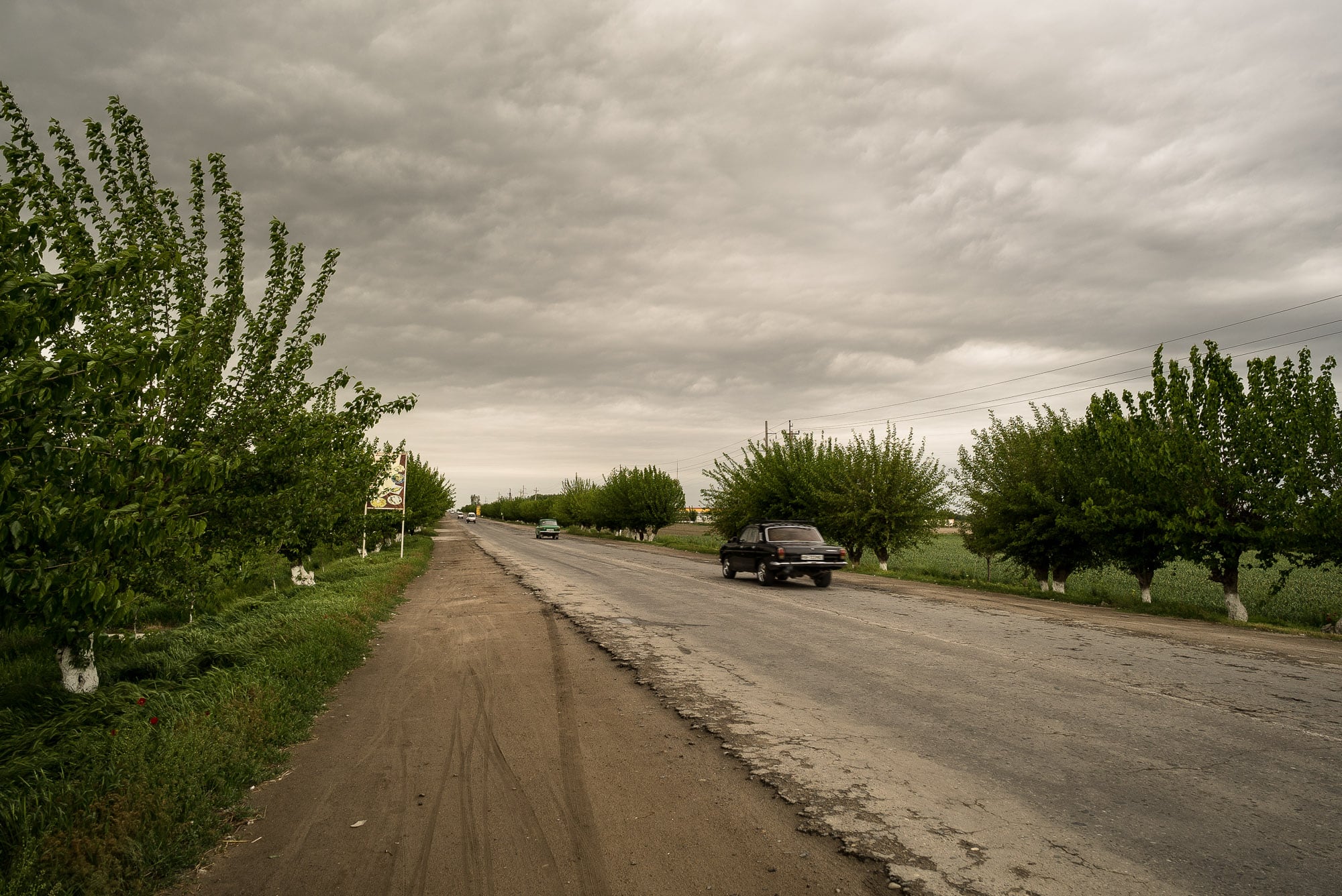 But there was no rain, yet: 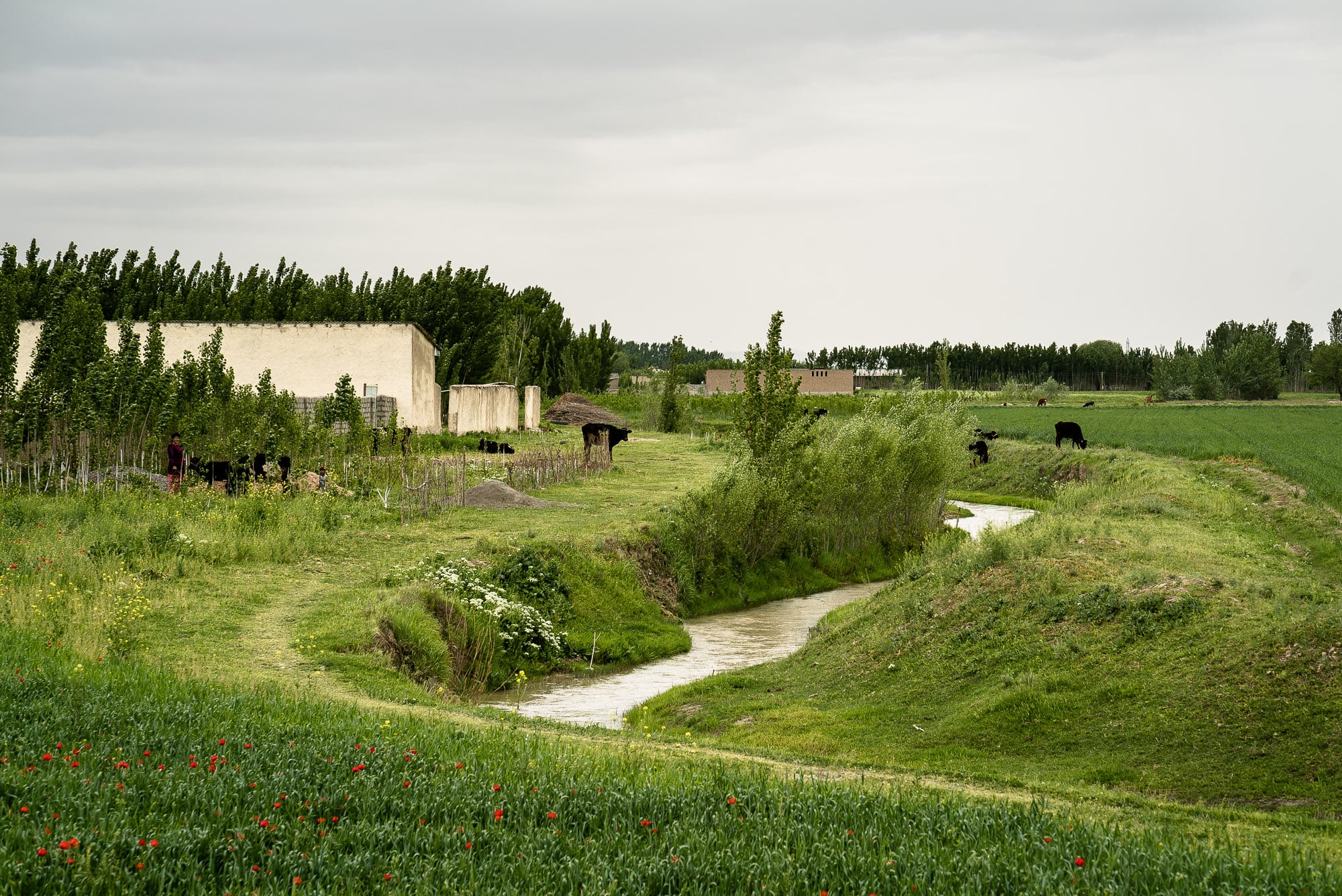 I was planning on walking around 30km, then park the Caboose somewhere and hitch a ride to Kattakurgan, as I was told it was a rather big settlement with several hotels.

Sometimes I would pass people who were trying to fix their cars: 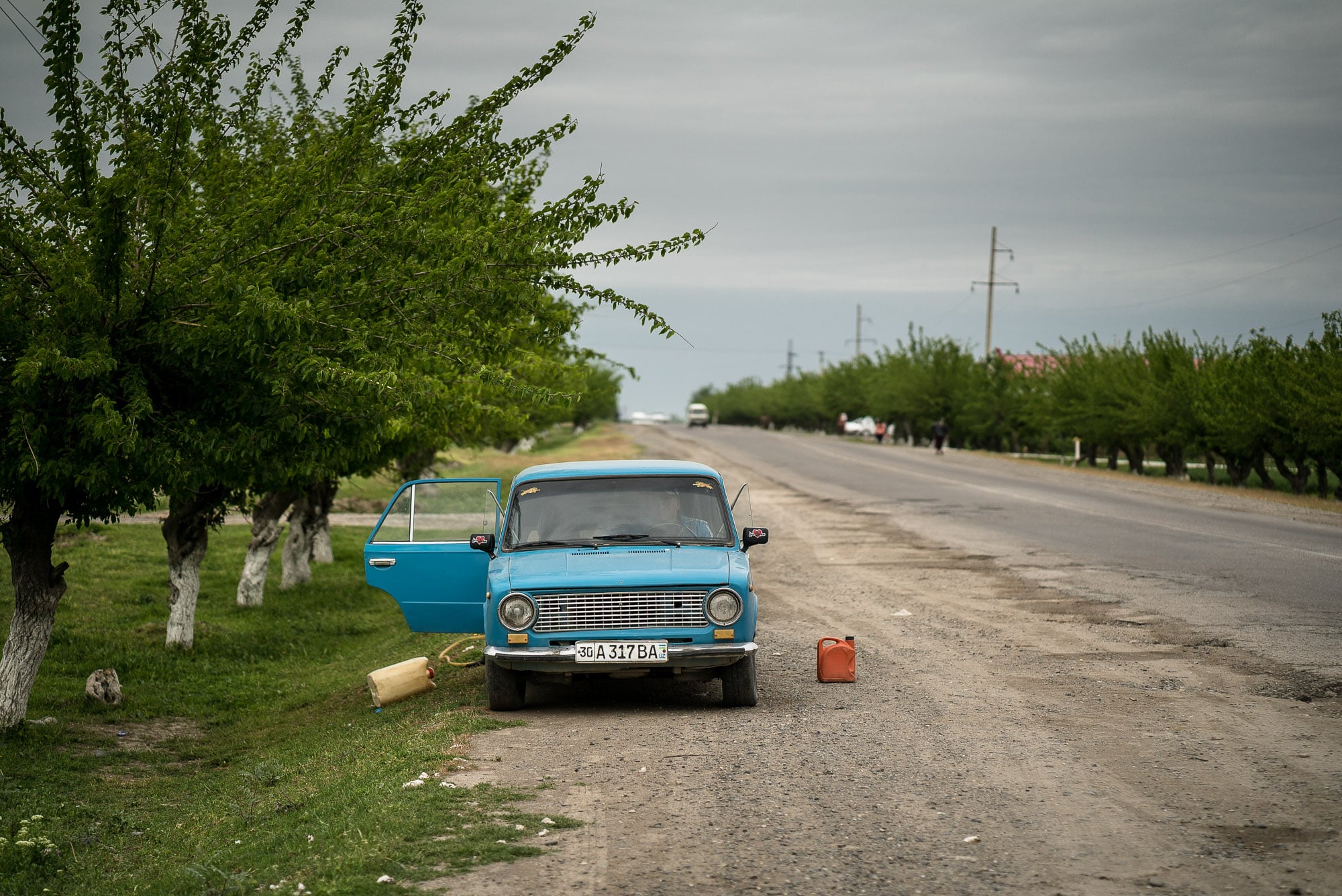 I saw this a lot in this part of the world.

One time Golib found me and gave me some bread and some dried apricots: 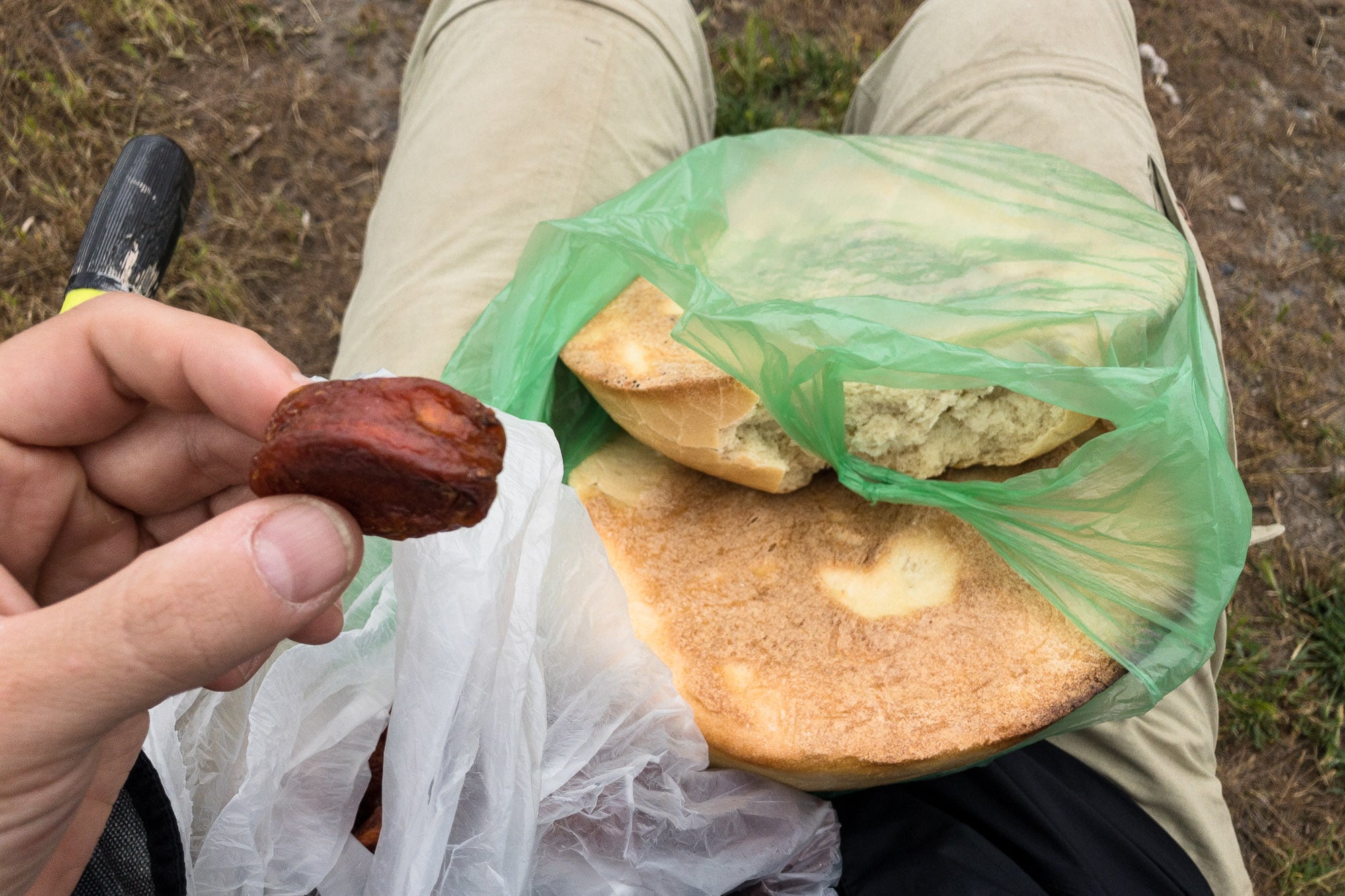 I passed a village called Guliston, which reminded me of the place with the pink hotel where my brother and I had stayed almost four months ago: 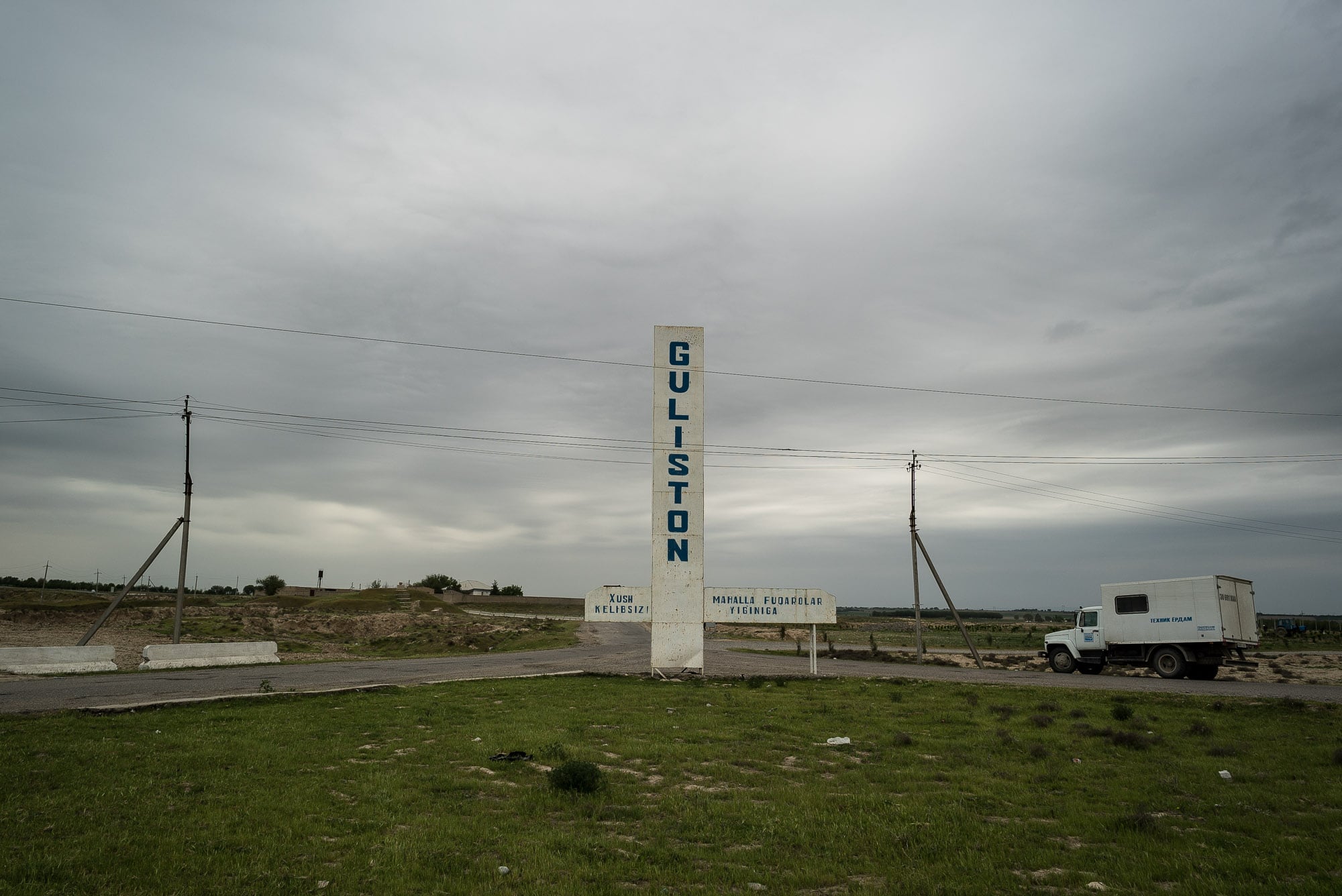 There was a big guy on a little donkey once: 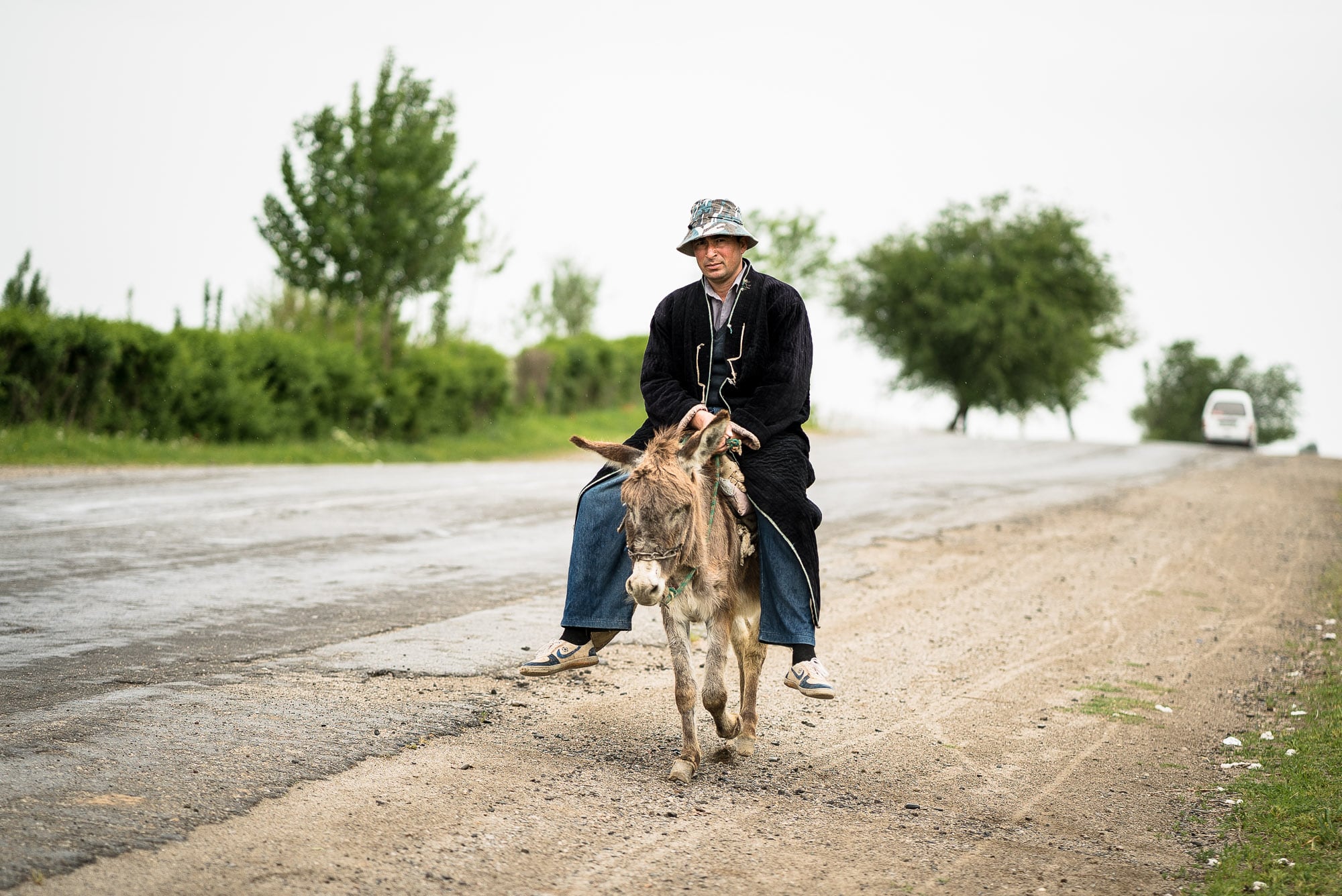 And then the rain started: 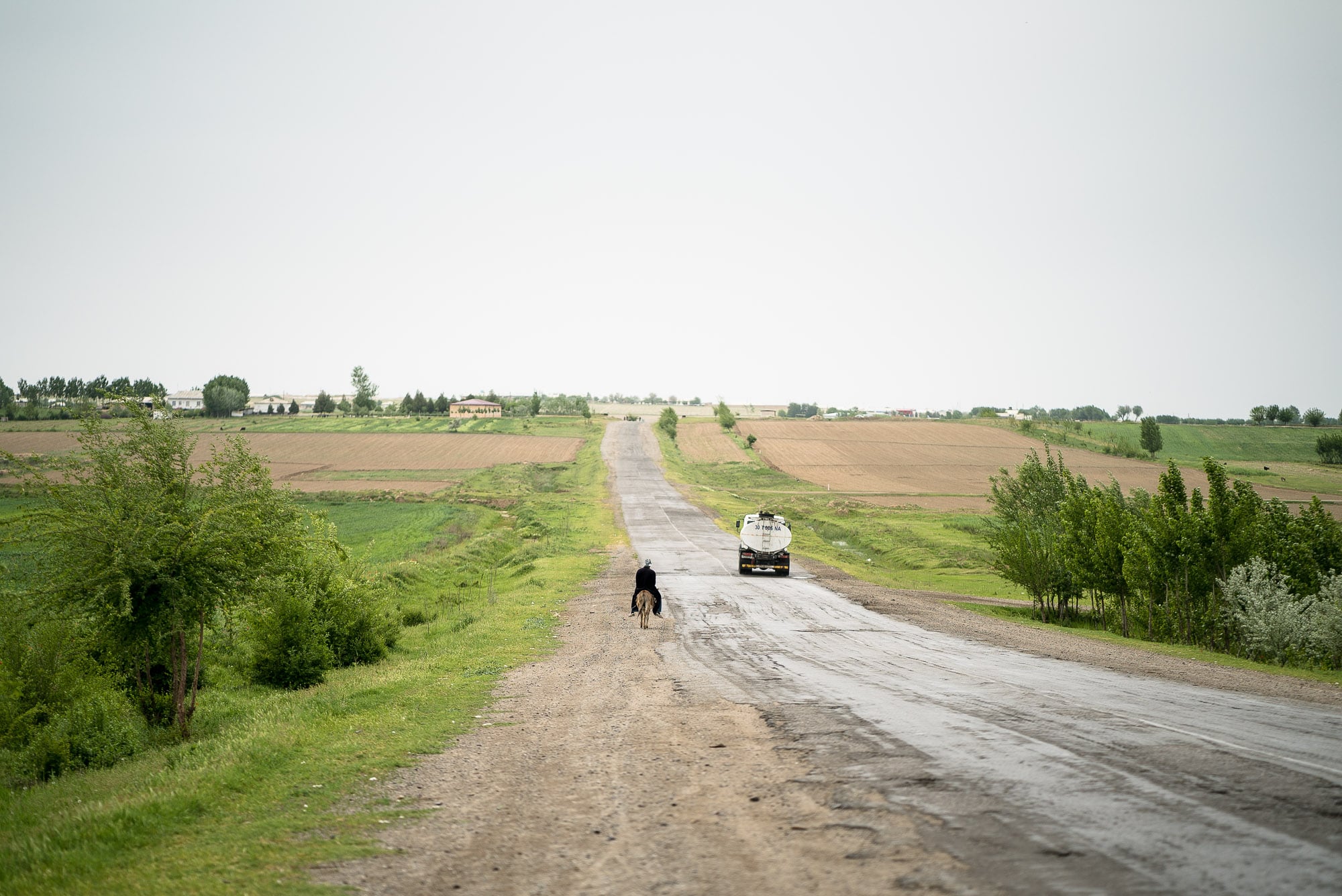 It was more like a drizzle that continued all during the rest of the day: 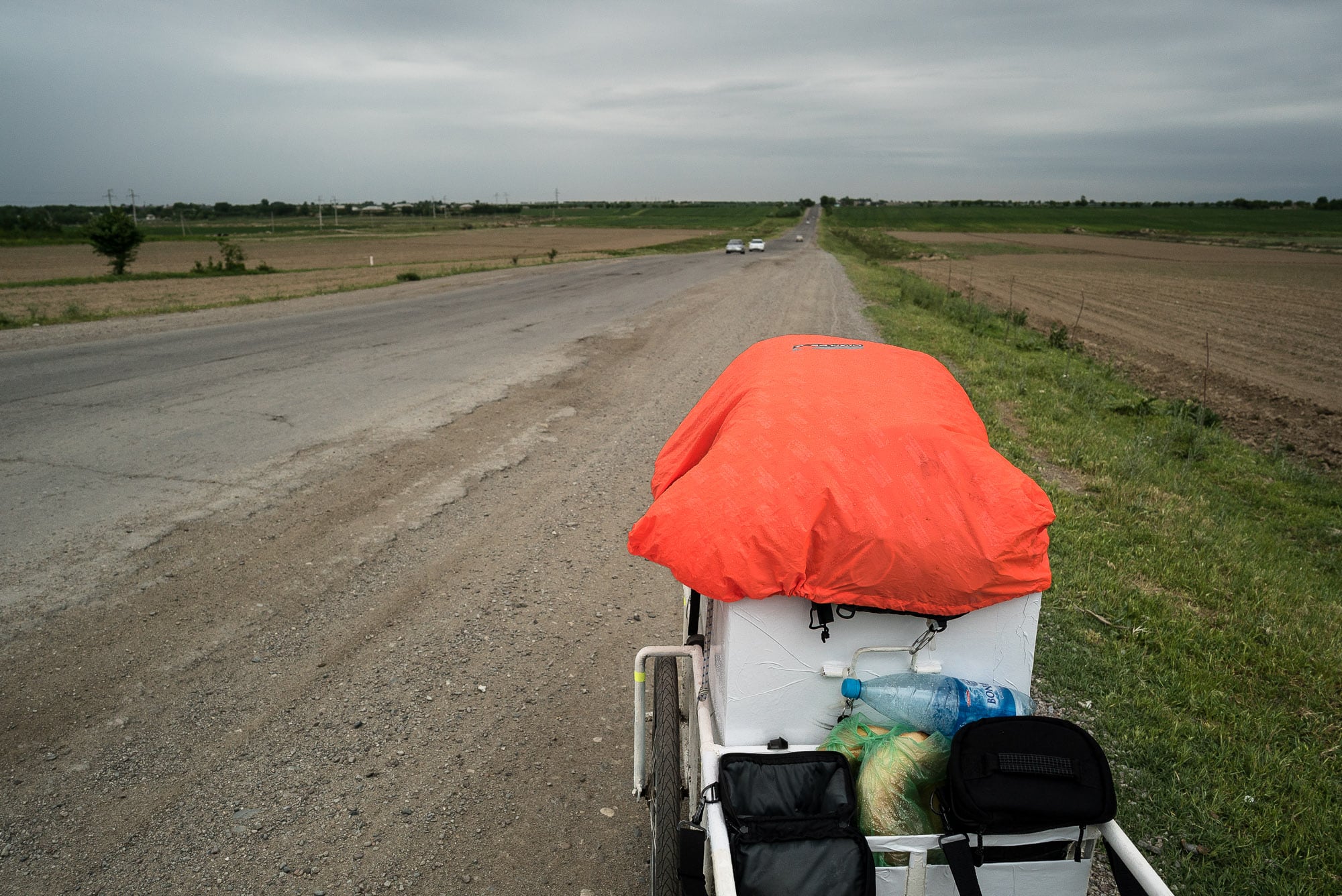 Passed this little dude who was cautious at first… 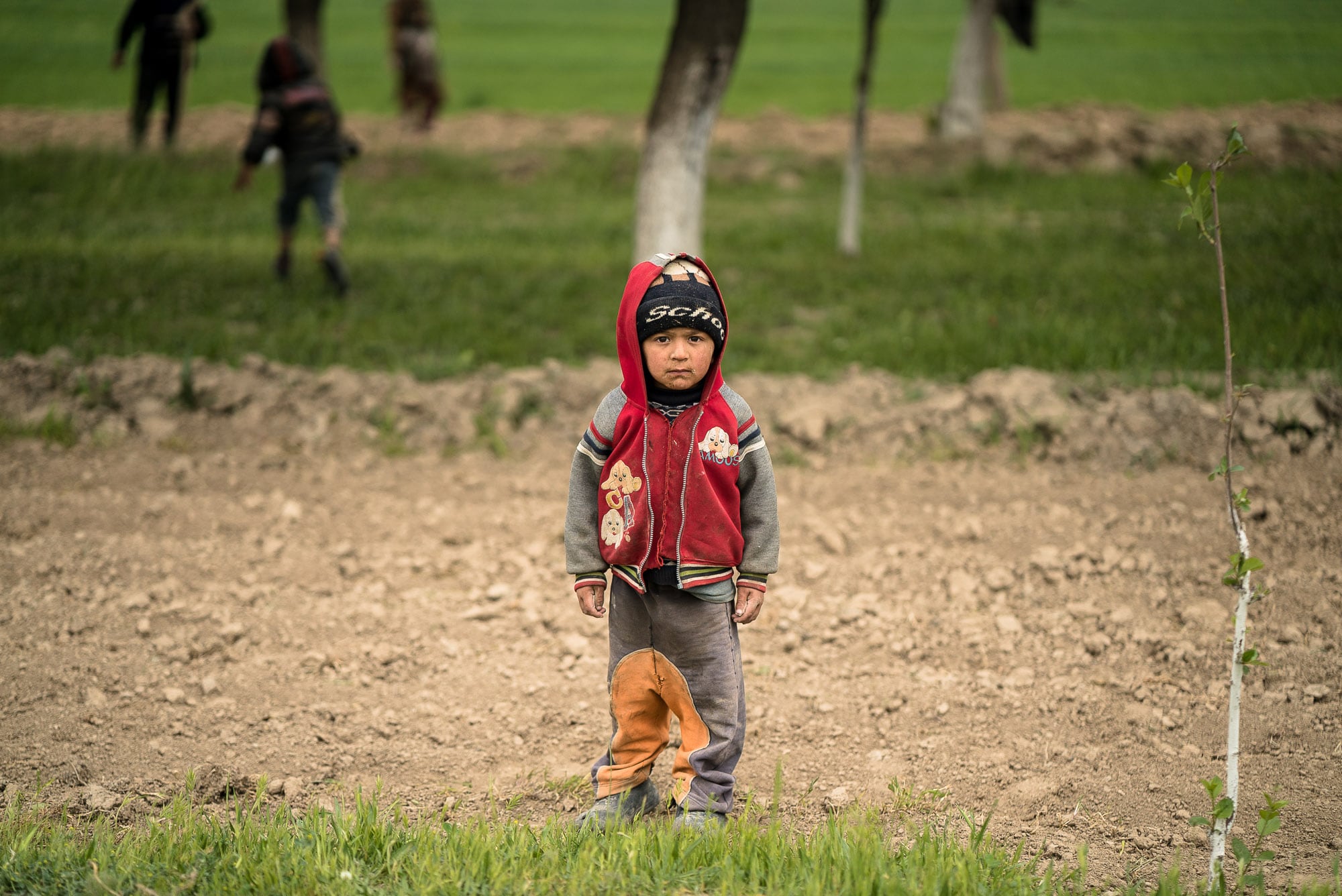 …but quickly warmed up: 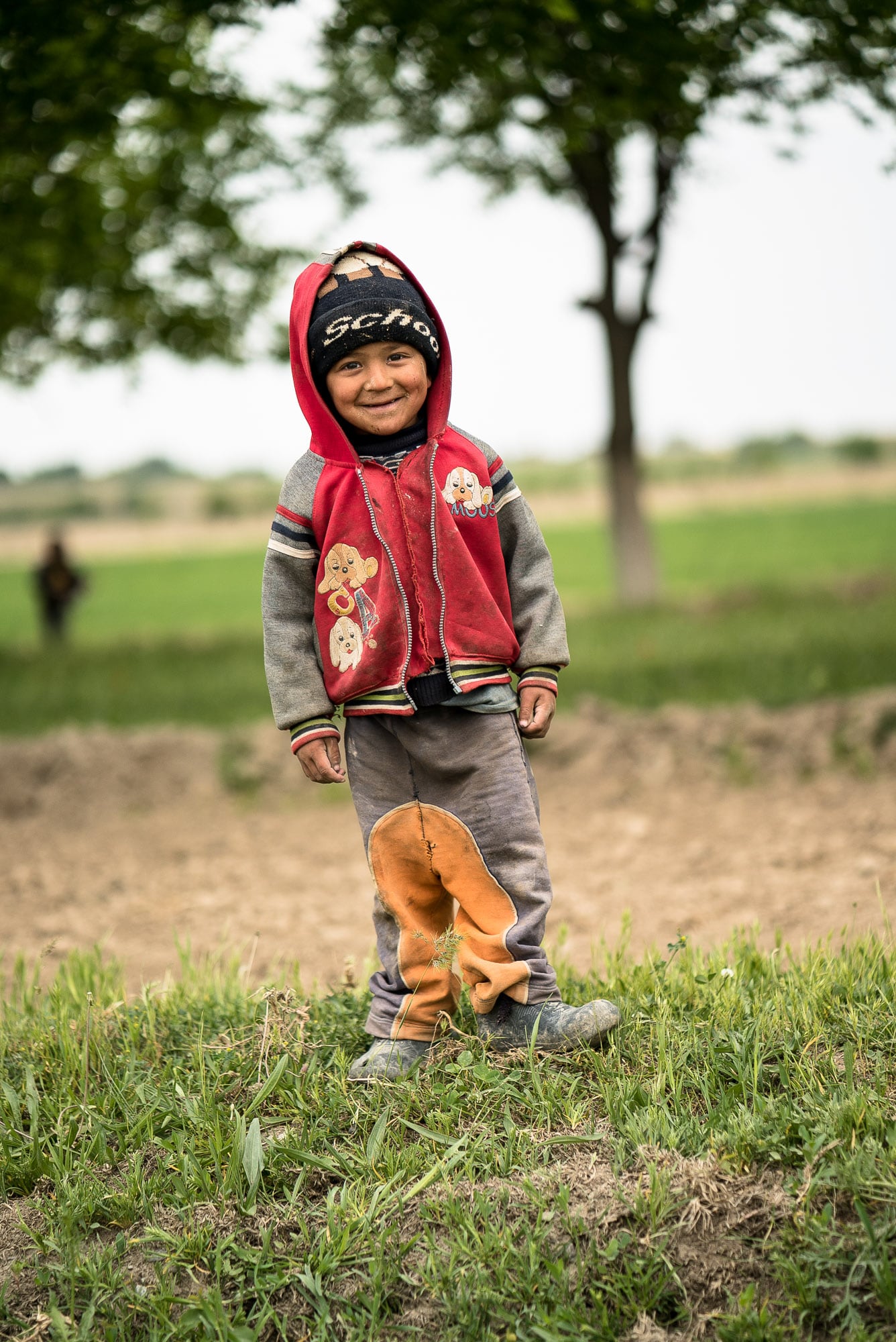 His parents were working in the fields in the back, and his big brother was there, too: 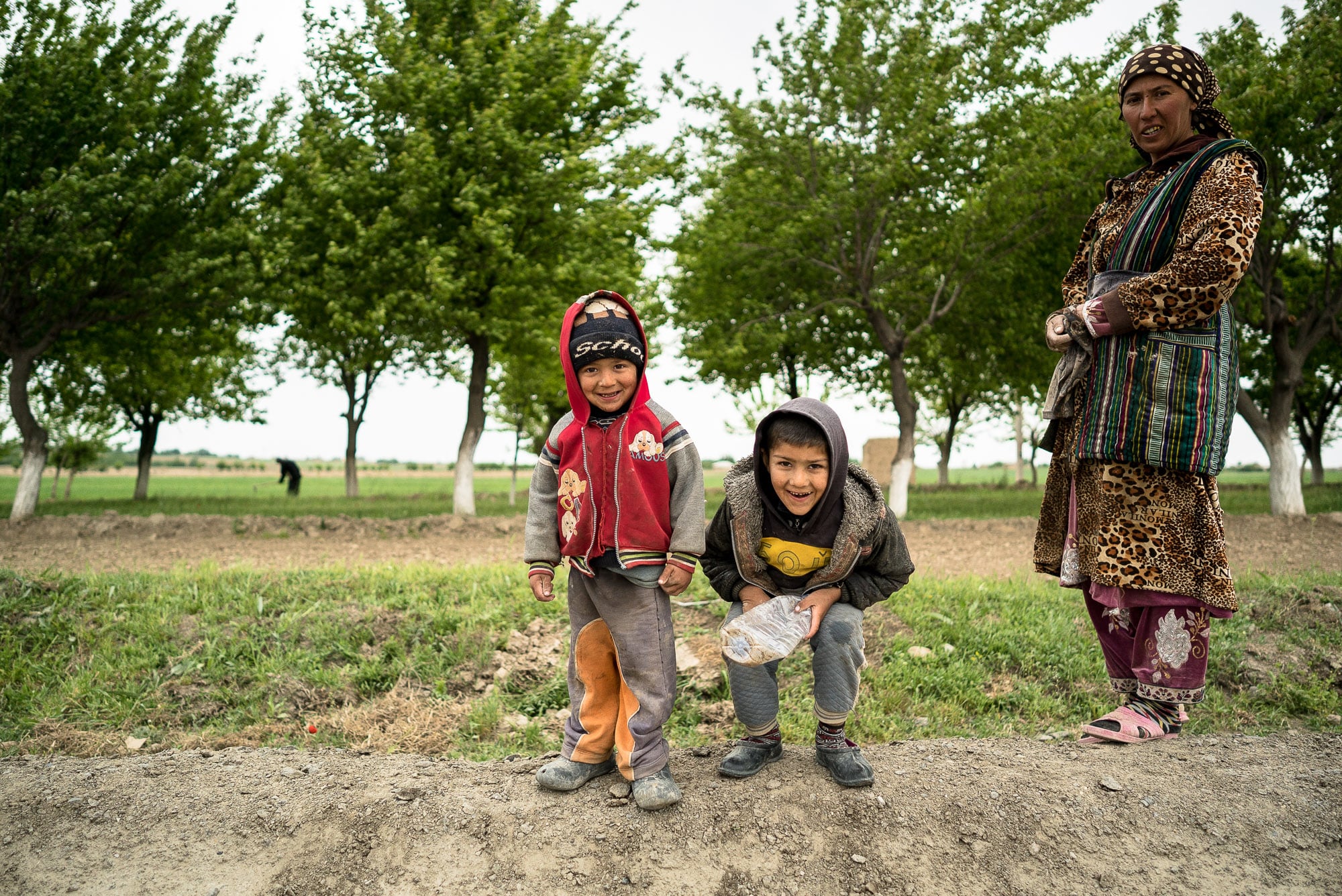 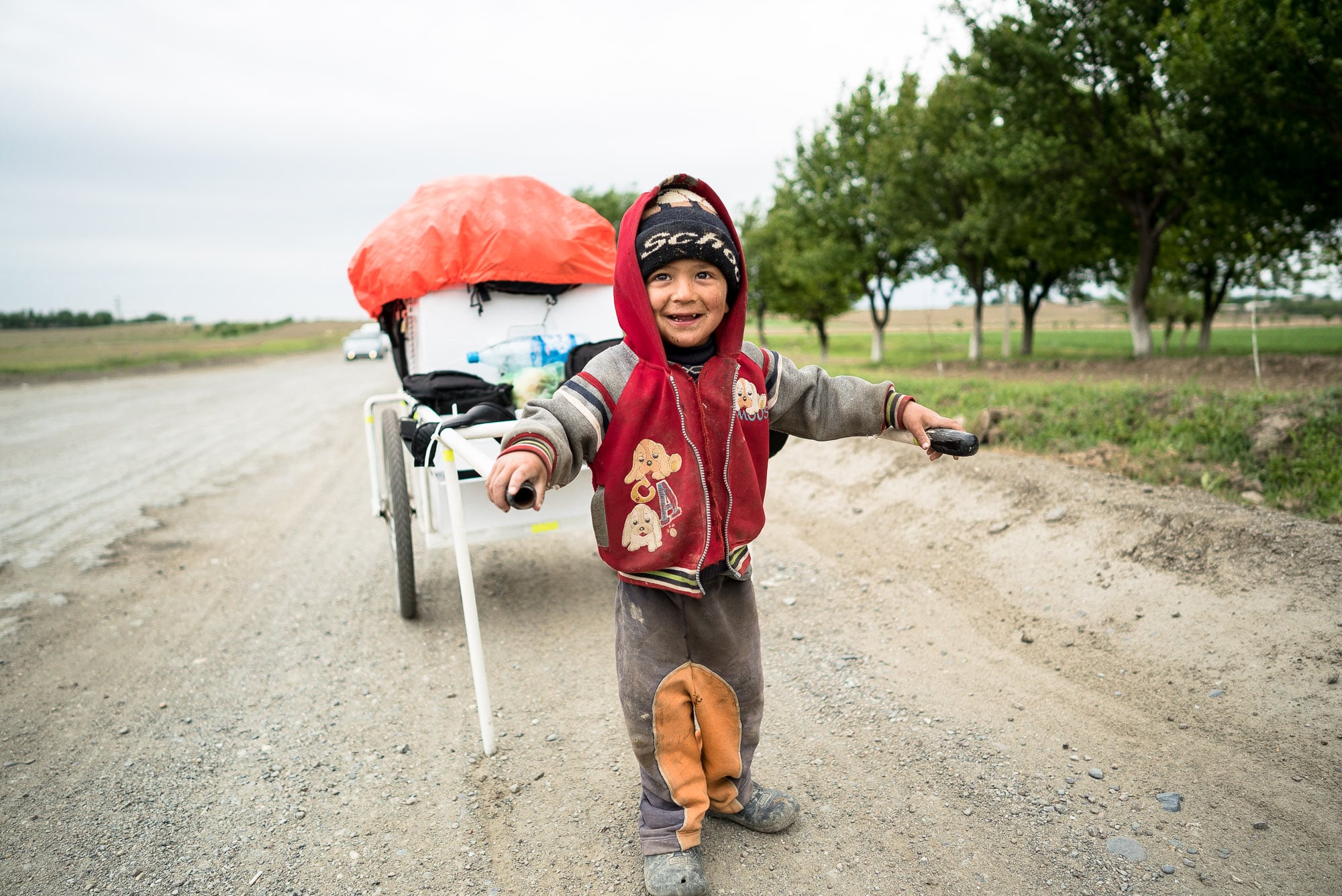 At some point in the afternoon I went to a roadside restaurant and ordered food. They said all they had was bread and eggs. So I ordered bread and eggs, hardboiled: 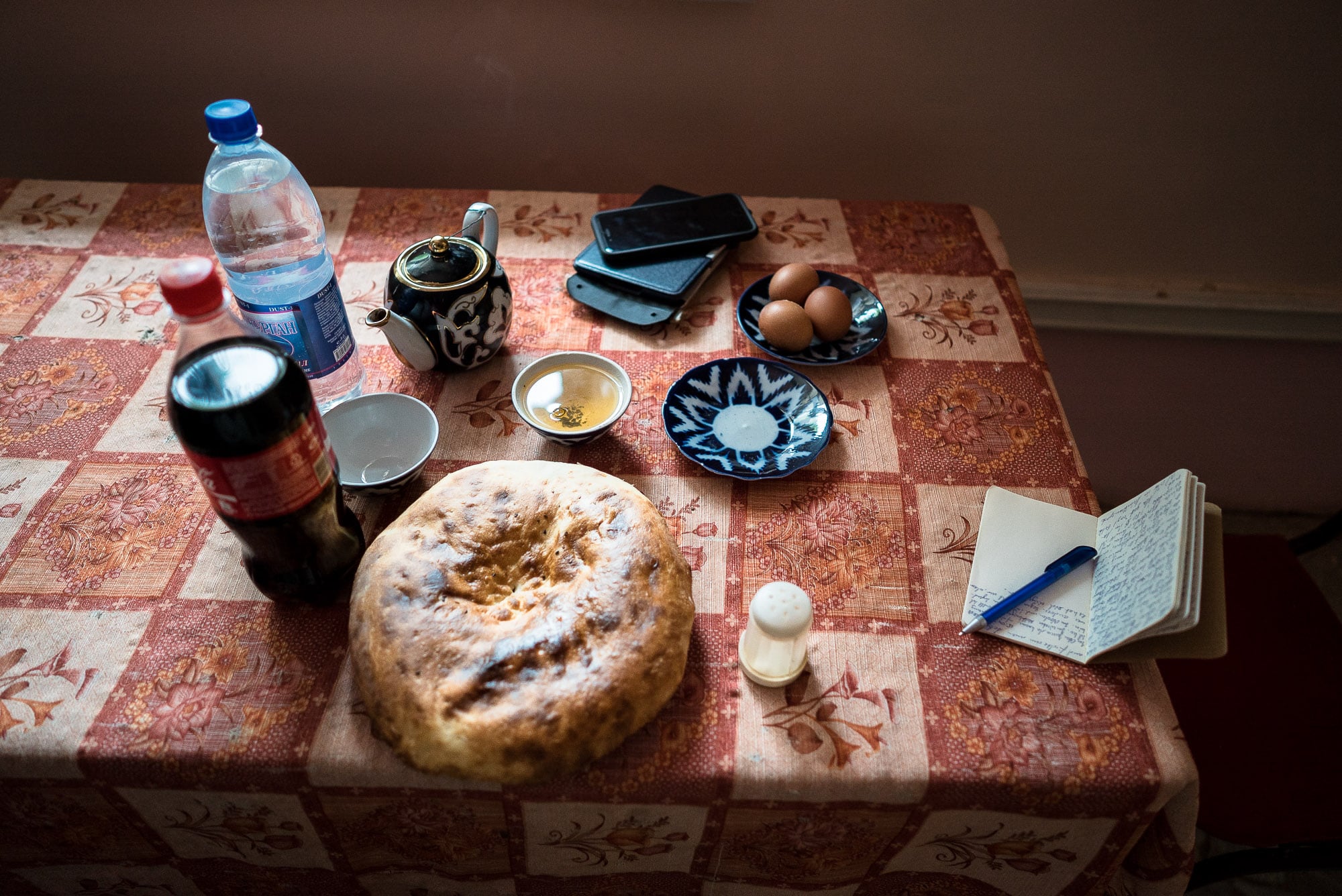 Sometimes I saw people selling things next to the road: 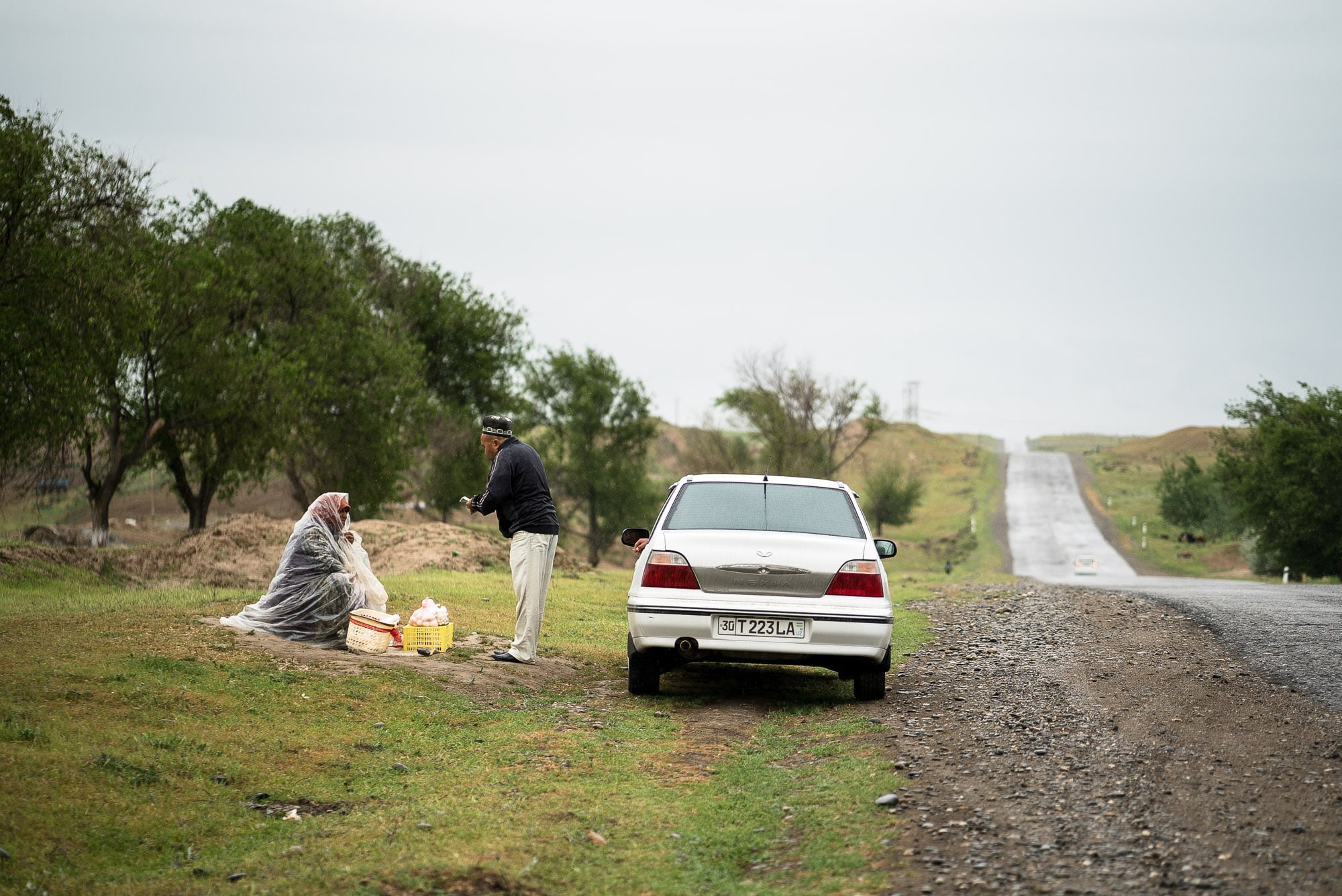 This lady had kashk, a sort of dried yoghurt that I knew as kurt from my time in Kazakhstan: 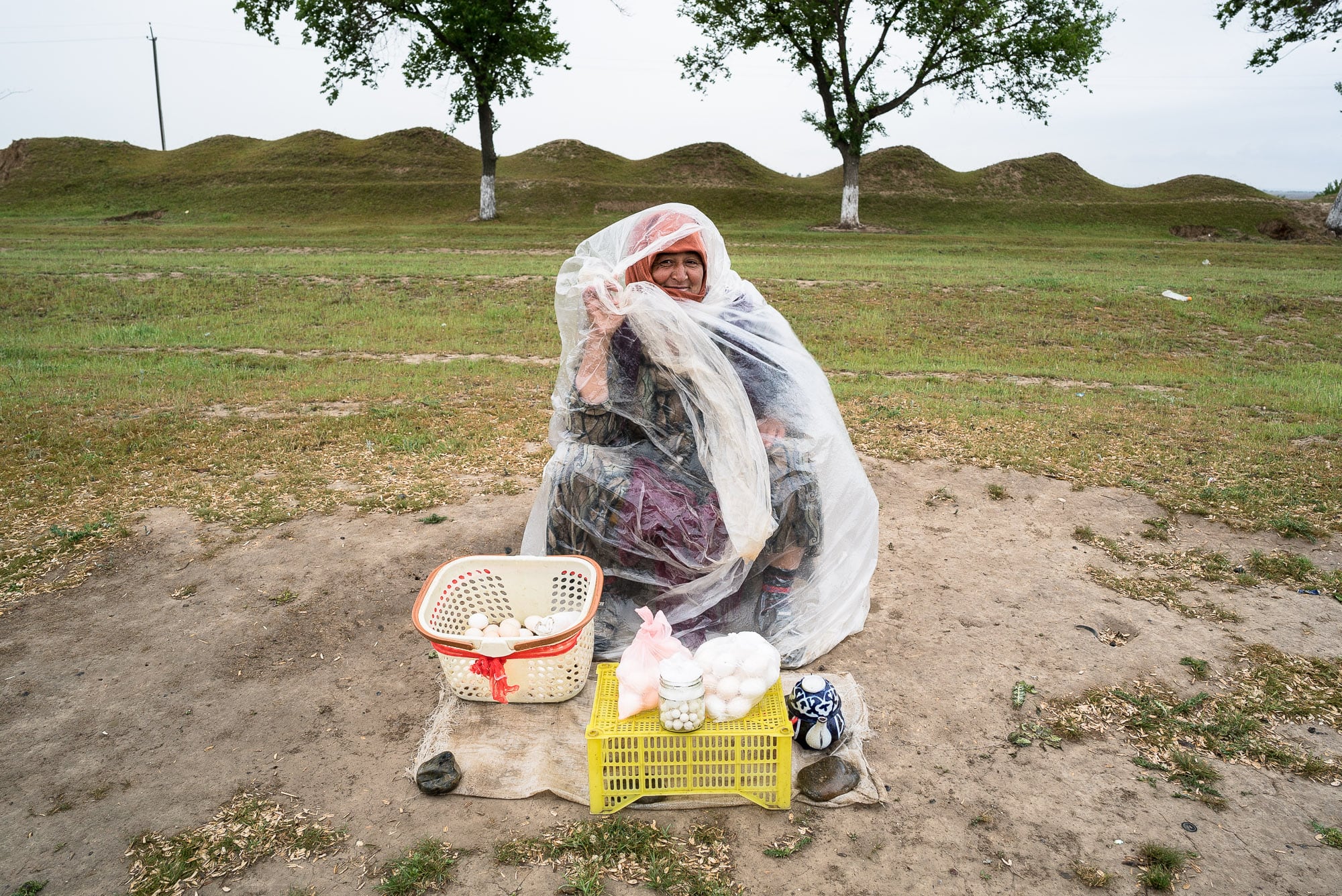 And she had eggs. I bought a couple, even though I didn’t know what to do with them. But they were better than that kashk.

I noticed that the rain had made the road appear soapy: 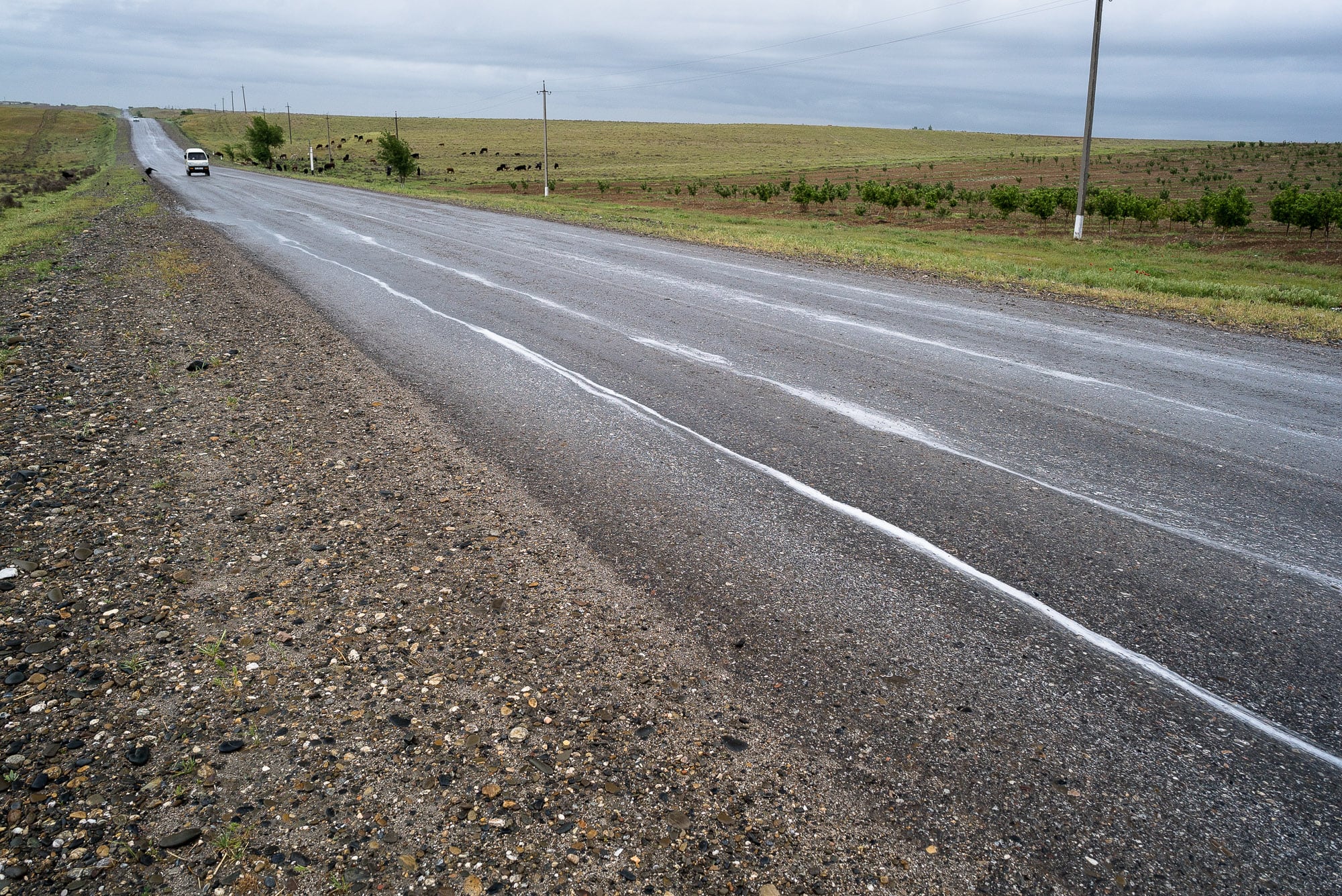 I didn’t know what it was, but I had seen it before on my way through China many years ago.

Out here, Uzbekistan looked a lot like the steppe in Kazakhstan. Just rolling green hills: 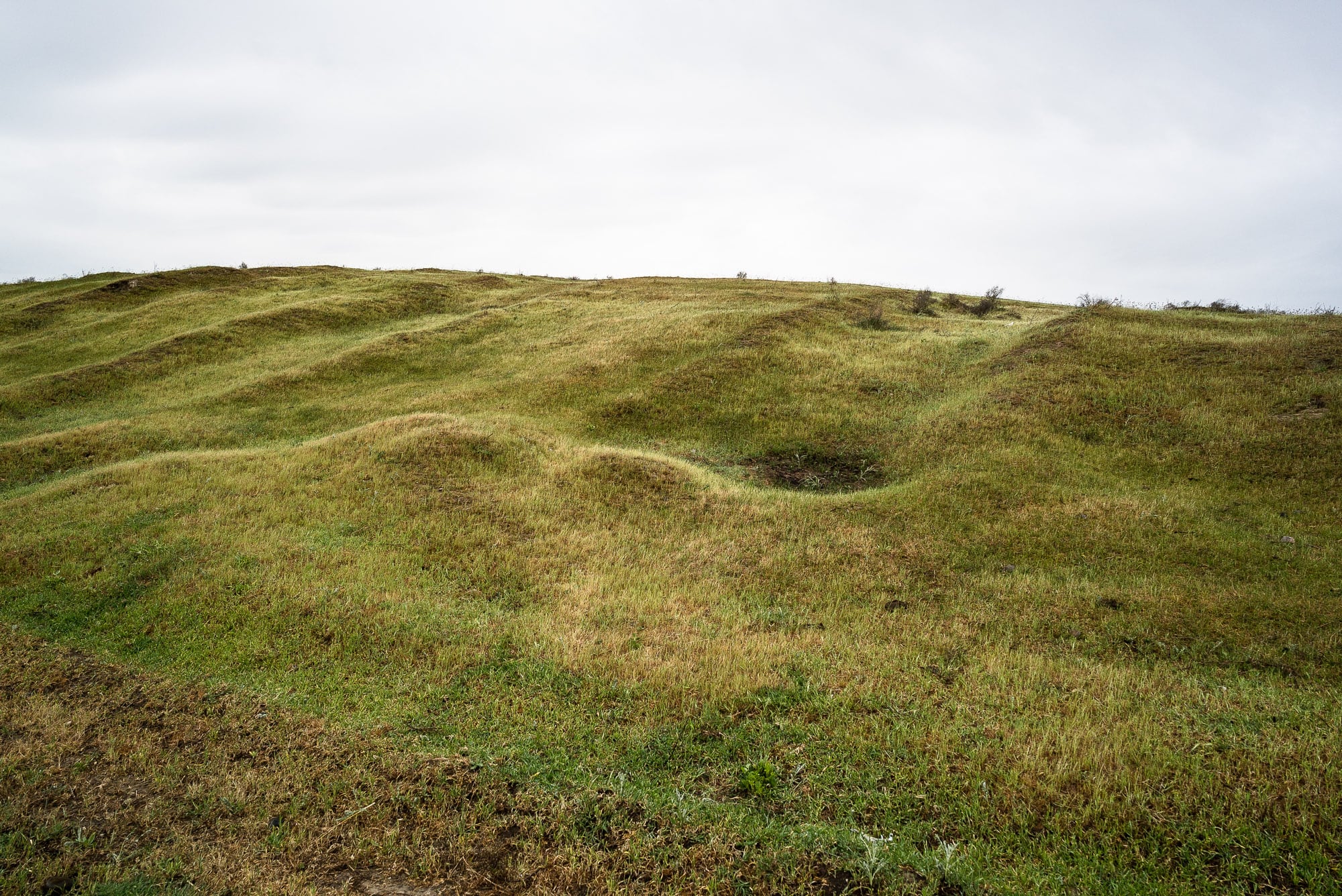 And the occasional cow: 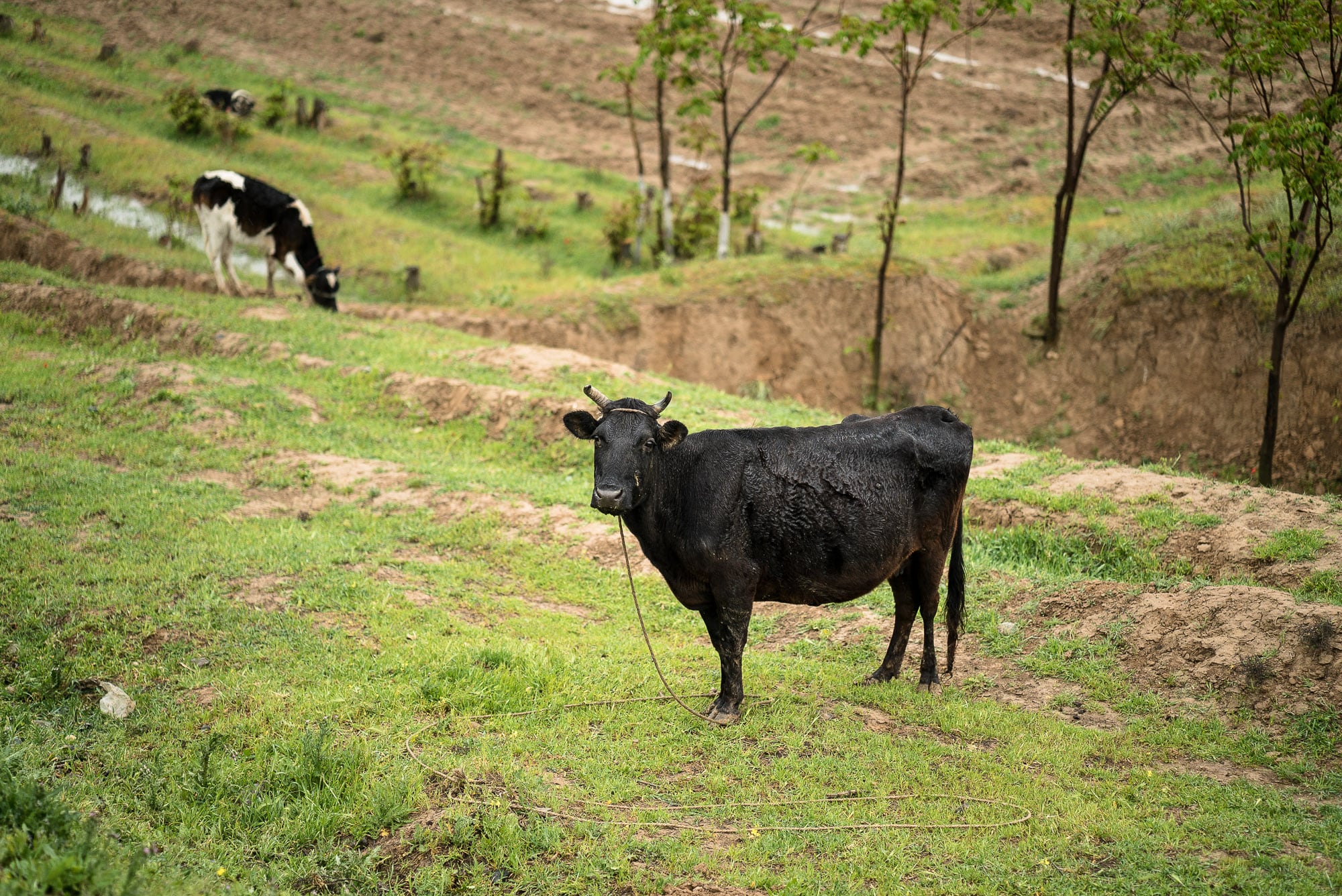 There was nowhere to park the Caboose. I would have to walk all the way to Kattakurgan. So I stopped a cyclist to ask how far it was: 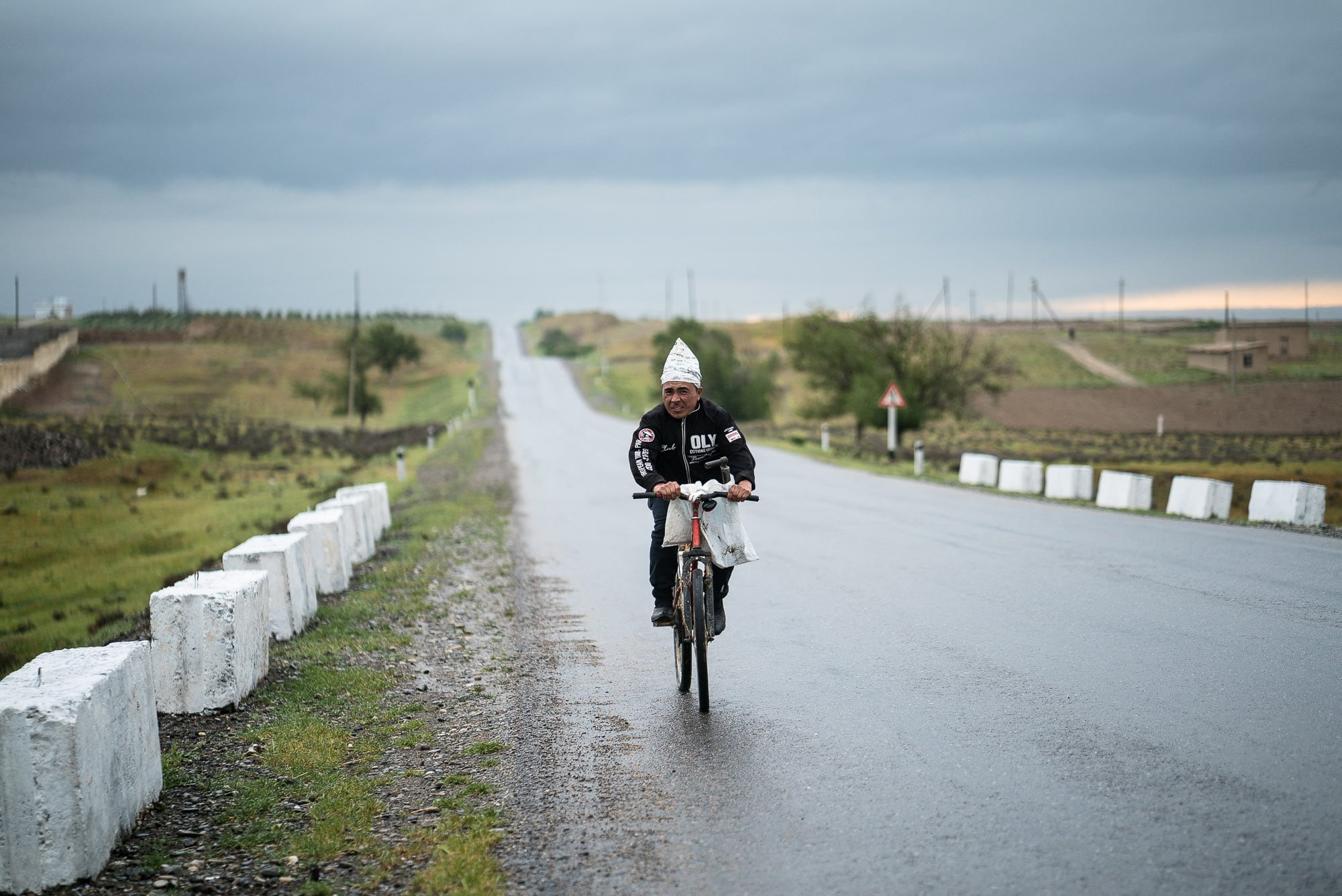 He told me that it wasn’t far and that Kattakurgan indeed had a hotel: 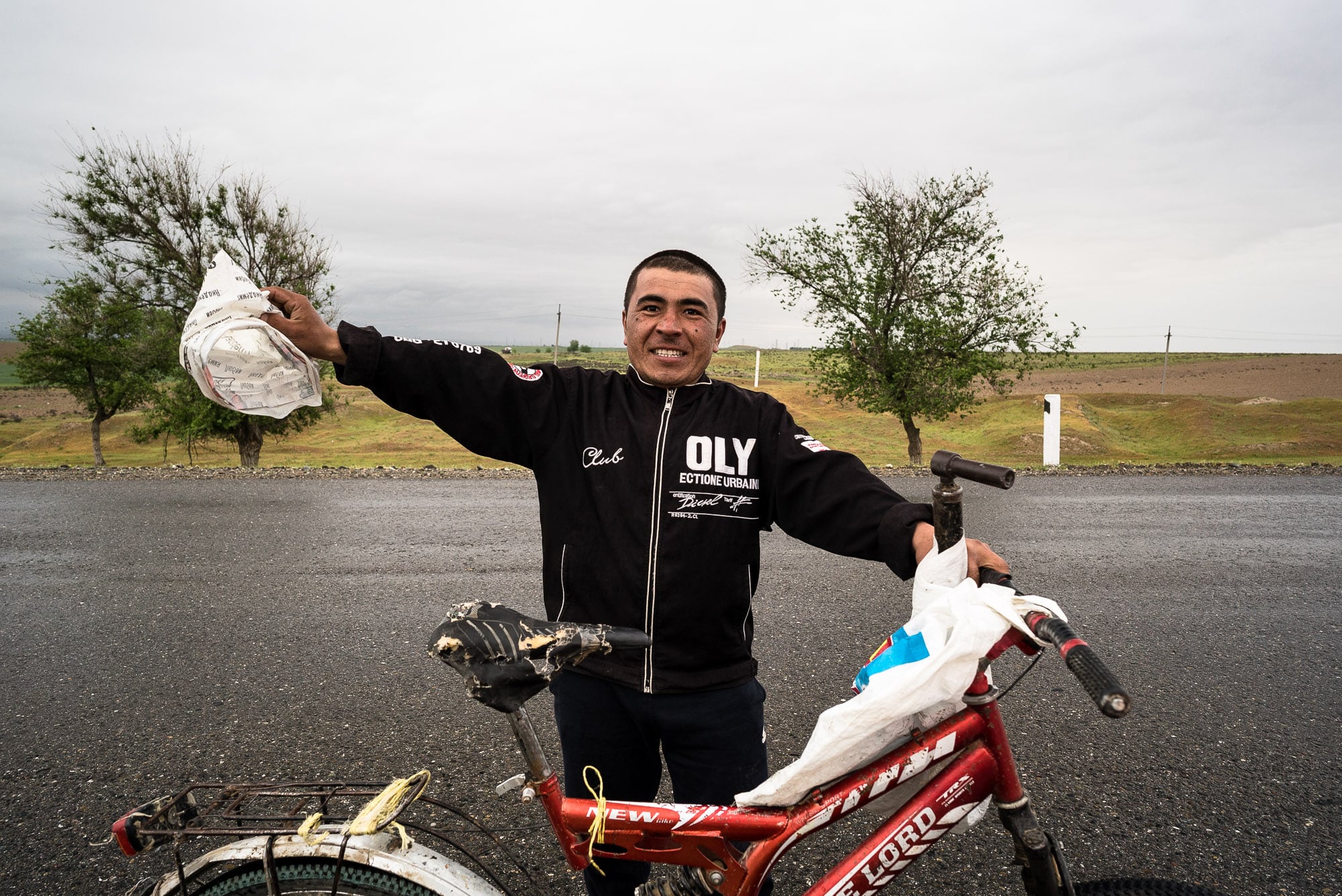 I gave him the eggs I had bought.

Then I pressed on until it was night: 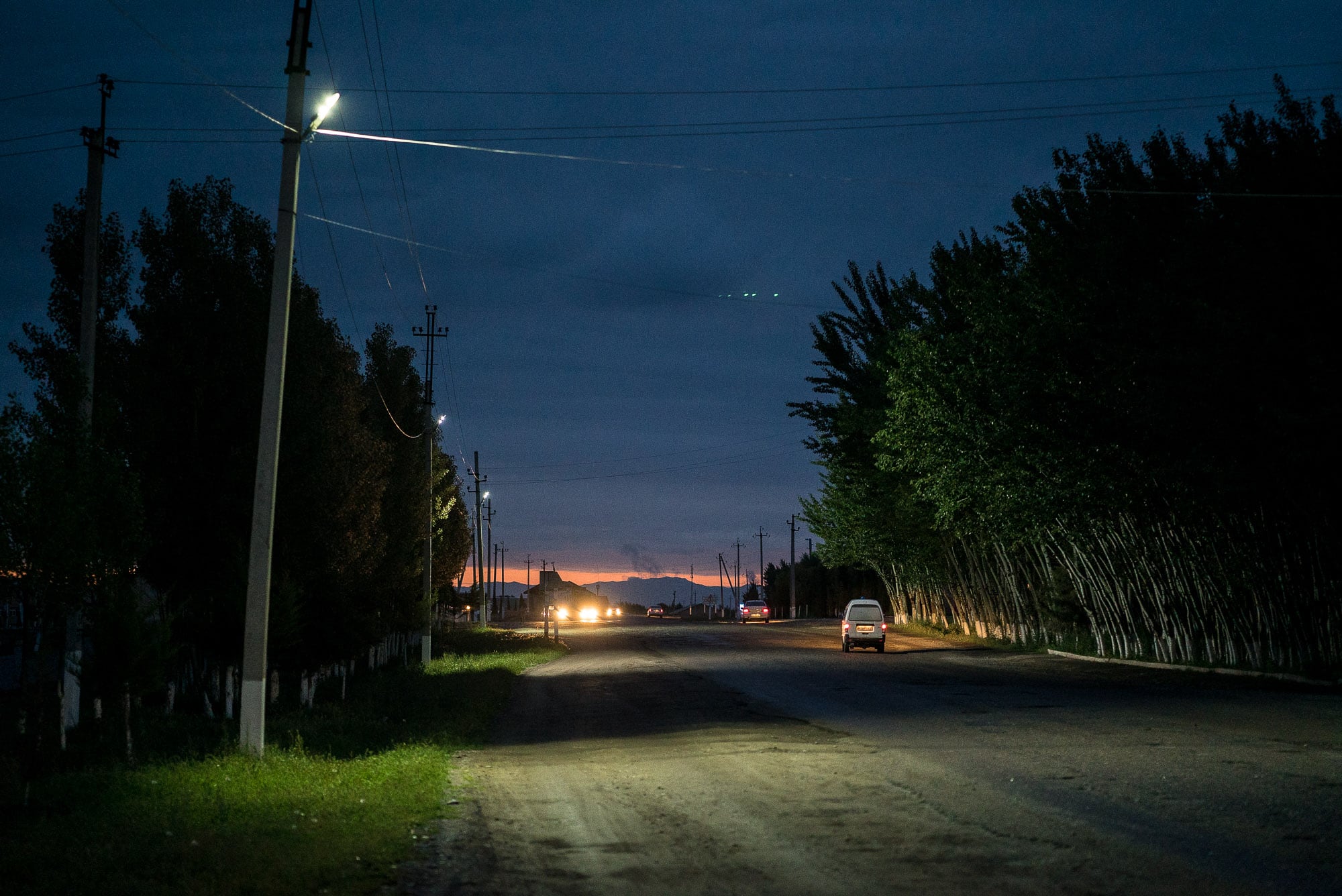 Kattakurgan seemed like a rather big place, it even had some sort of gate: 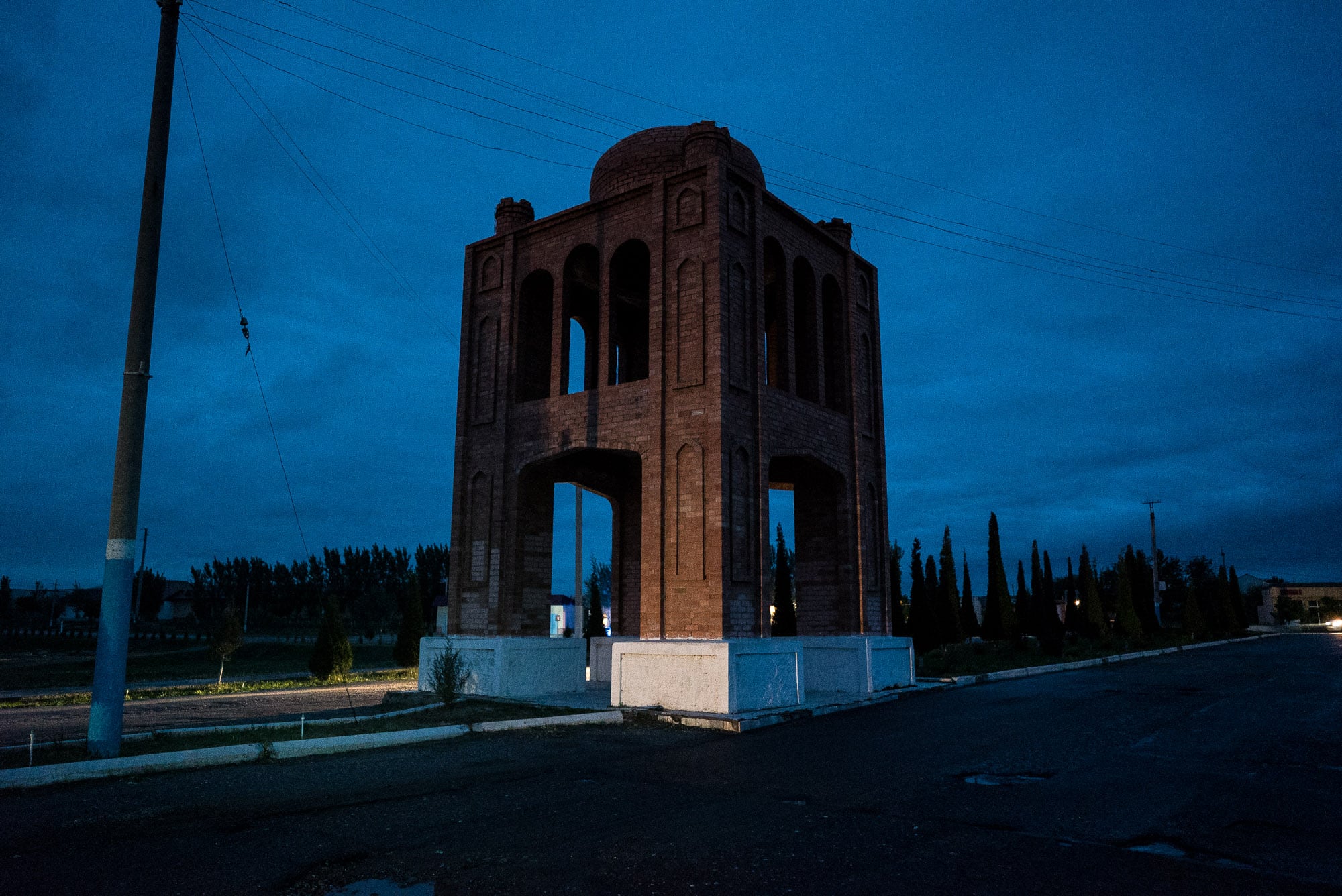 And it was full of supermarkets and shops: 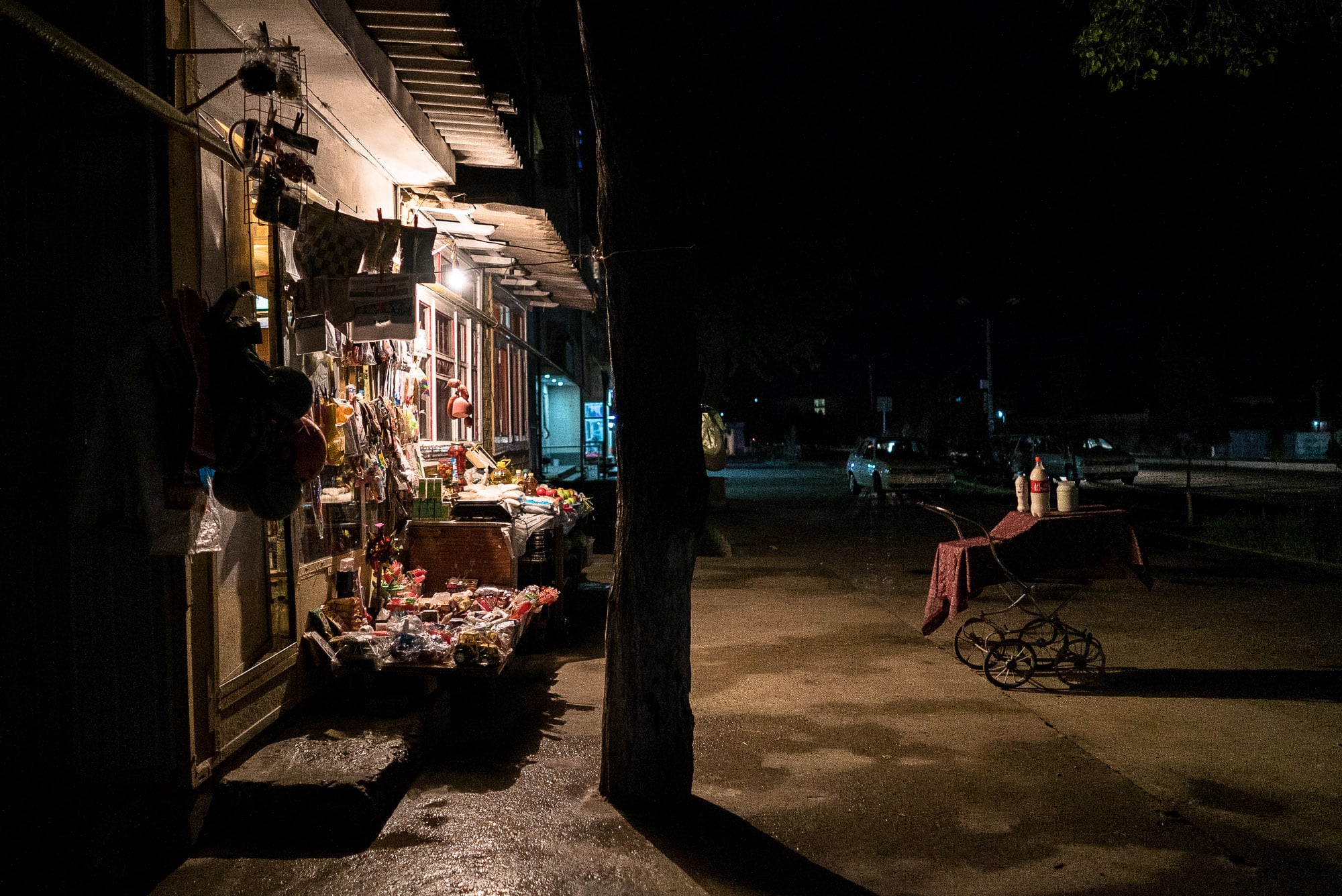 But when I got to the hotel they told me that they were a military hotel, and that they didn’t have a license to host me, the foreigner. I tried pleading with them, but of course that was to no avail.

In the end I ended up storing her here, in this restaurant: 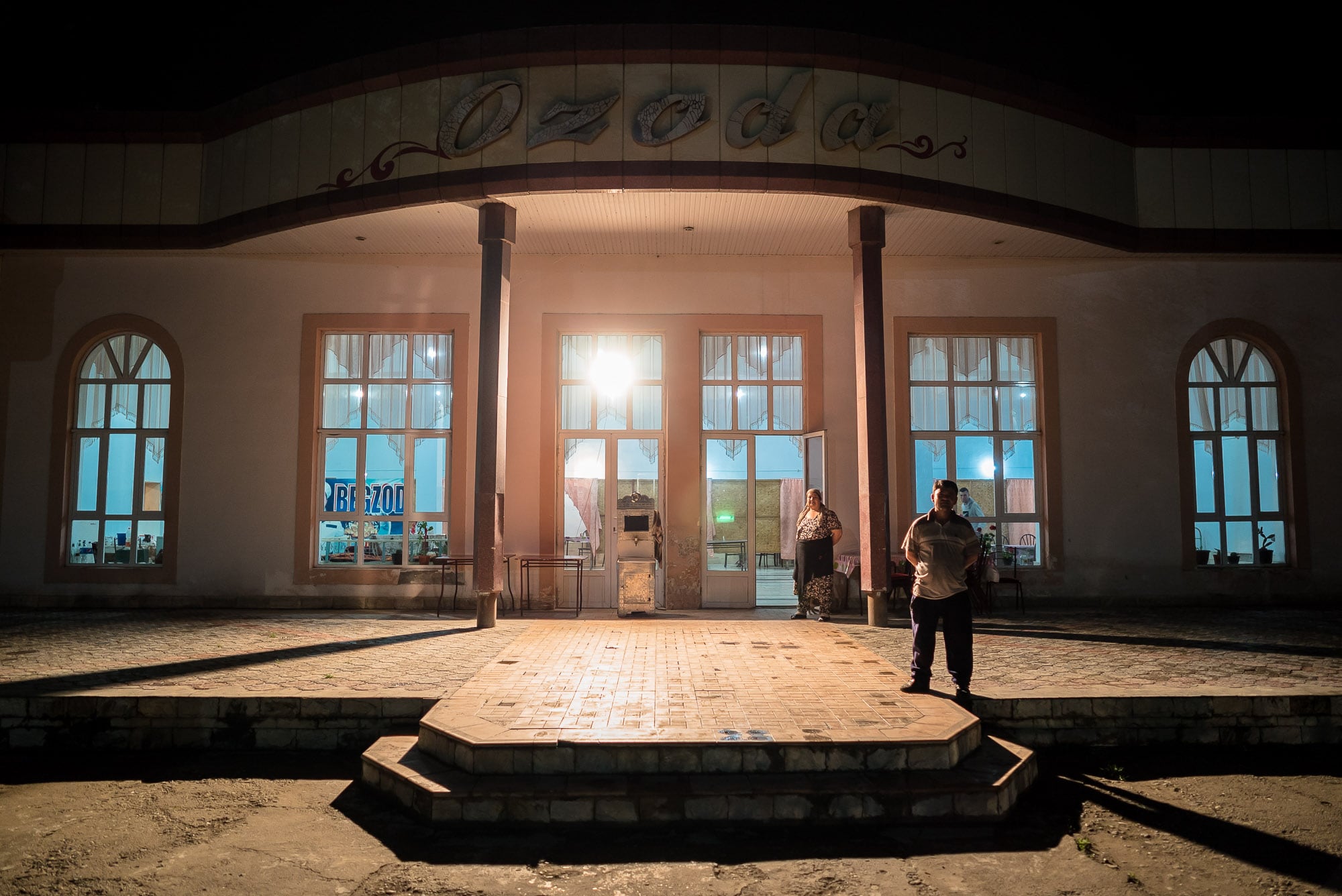 The people there were very helpful, but even they could not change the fact that I was going to have to ride back more than 70km to Samarkand and spend the night there.

Day 728
from Juma to Kattakurgan