Loaded up the Caboose in the morning, and she was ready to go: 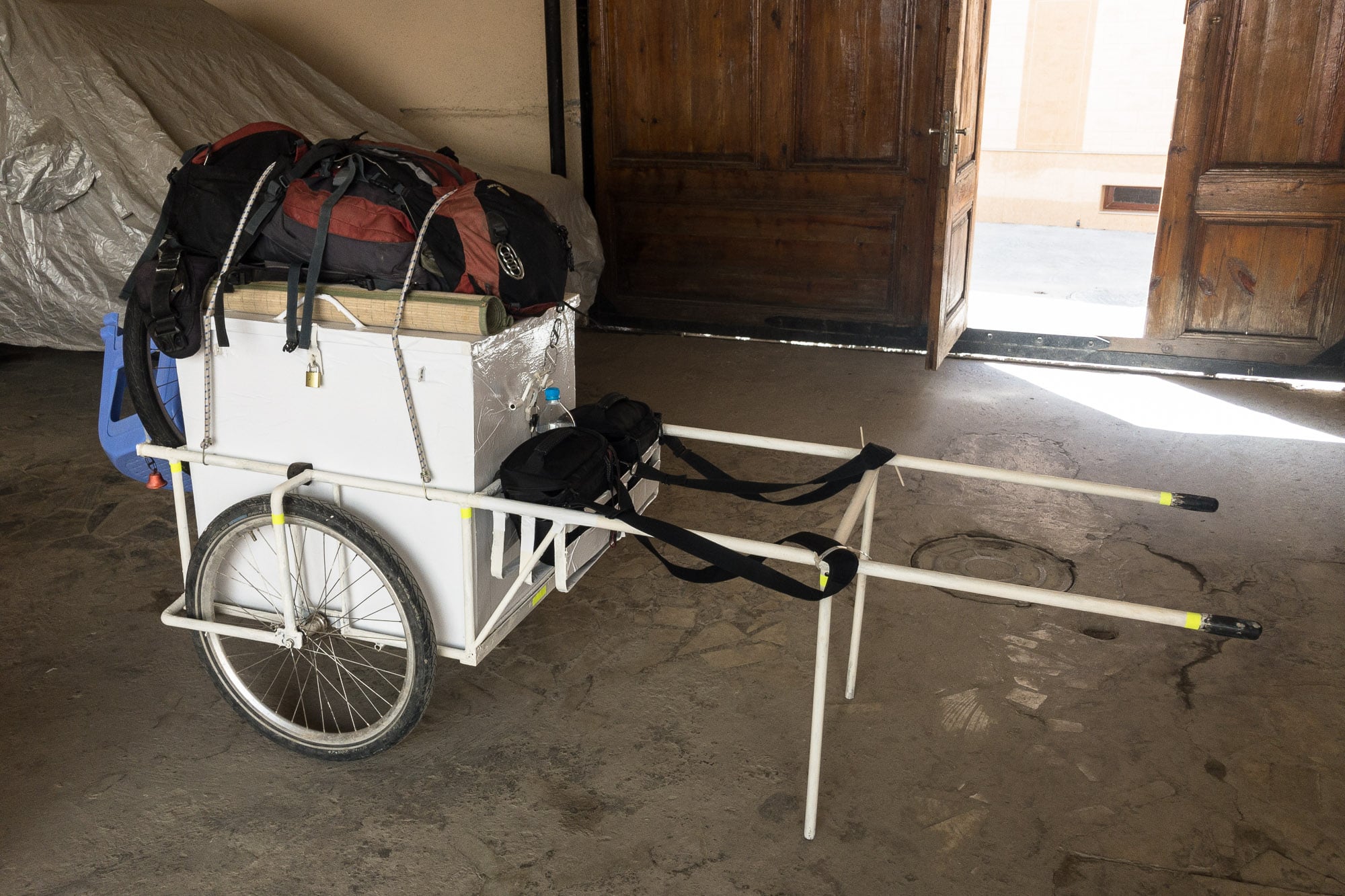 I had added some reflective tape for extra visibility in the dark: 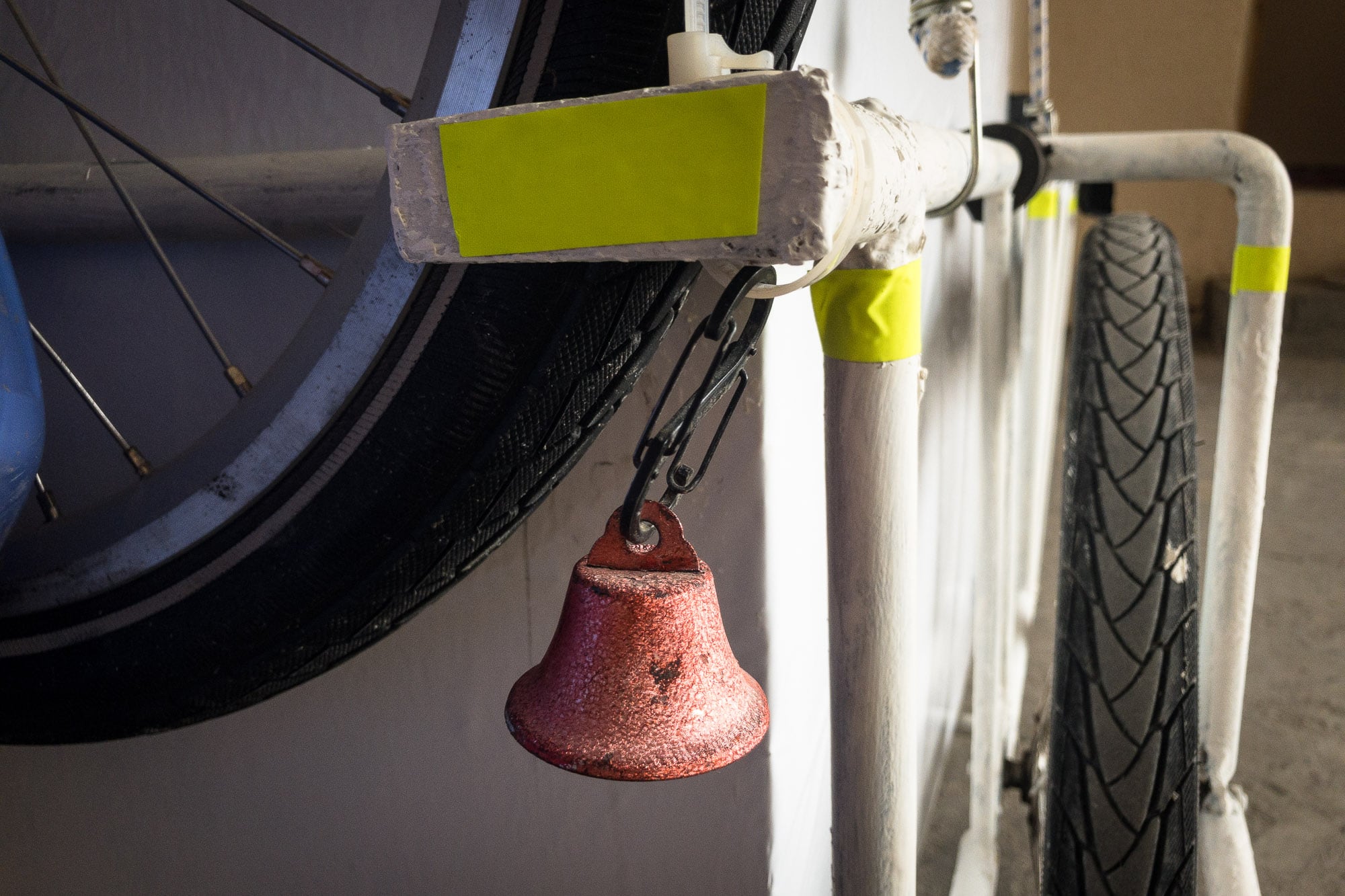 And then we were on our way. Finally. After more than three months!

Samarkand was looking her finest: 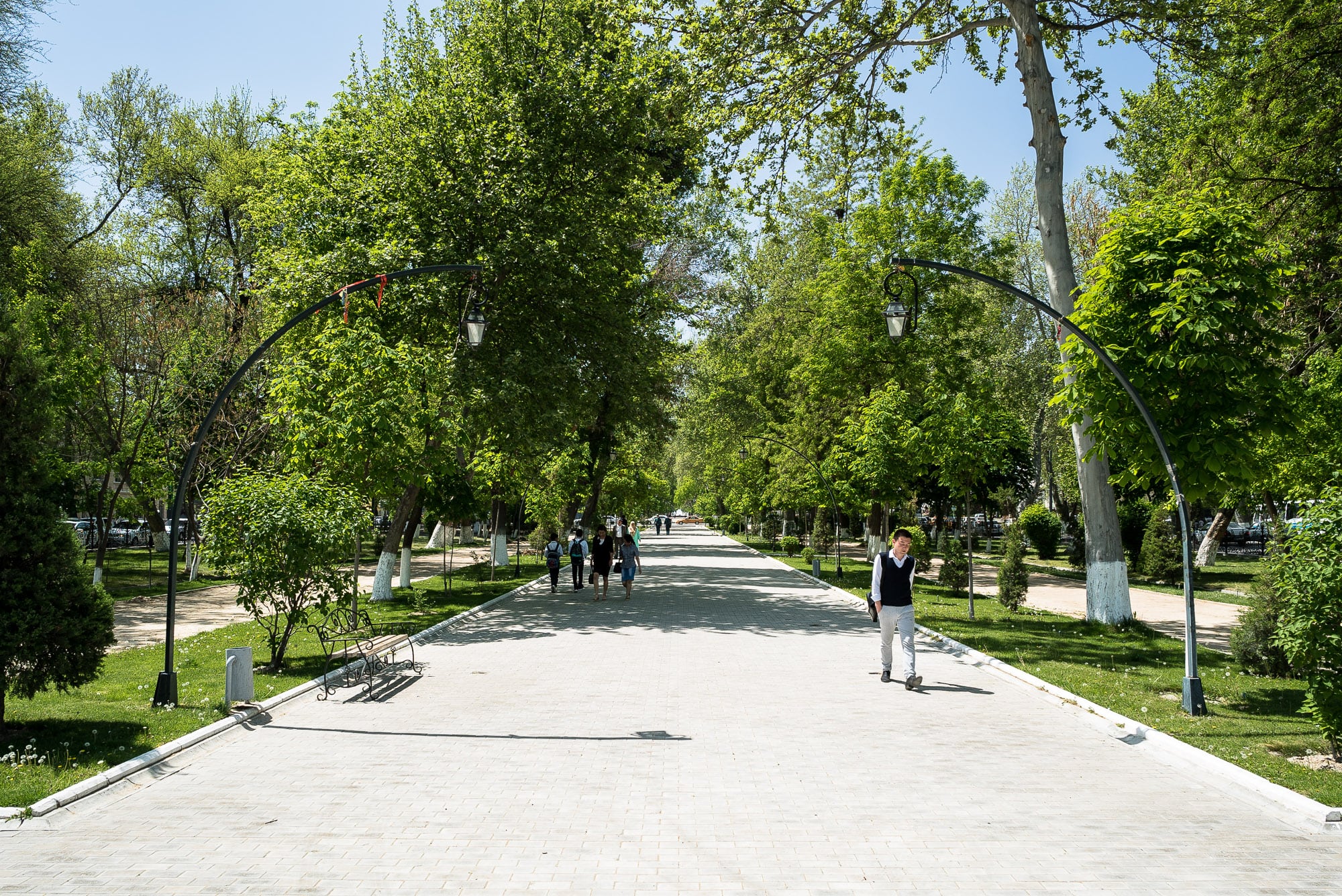 We walked past traffic: 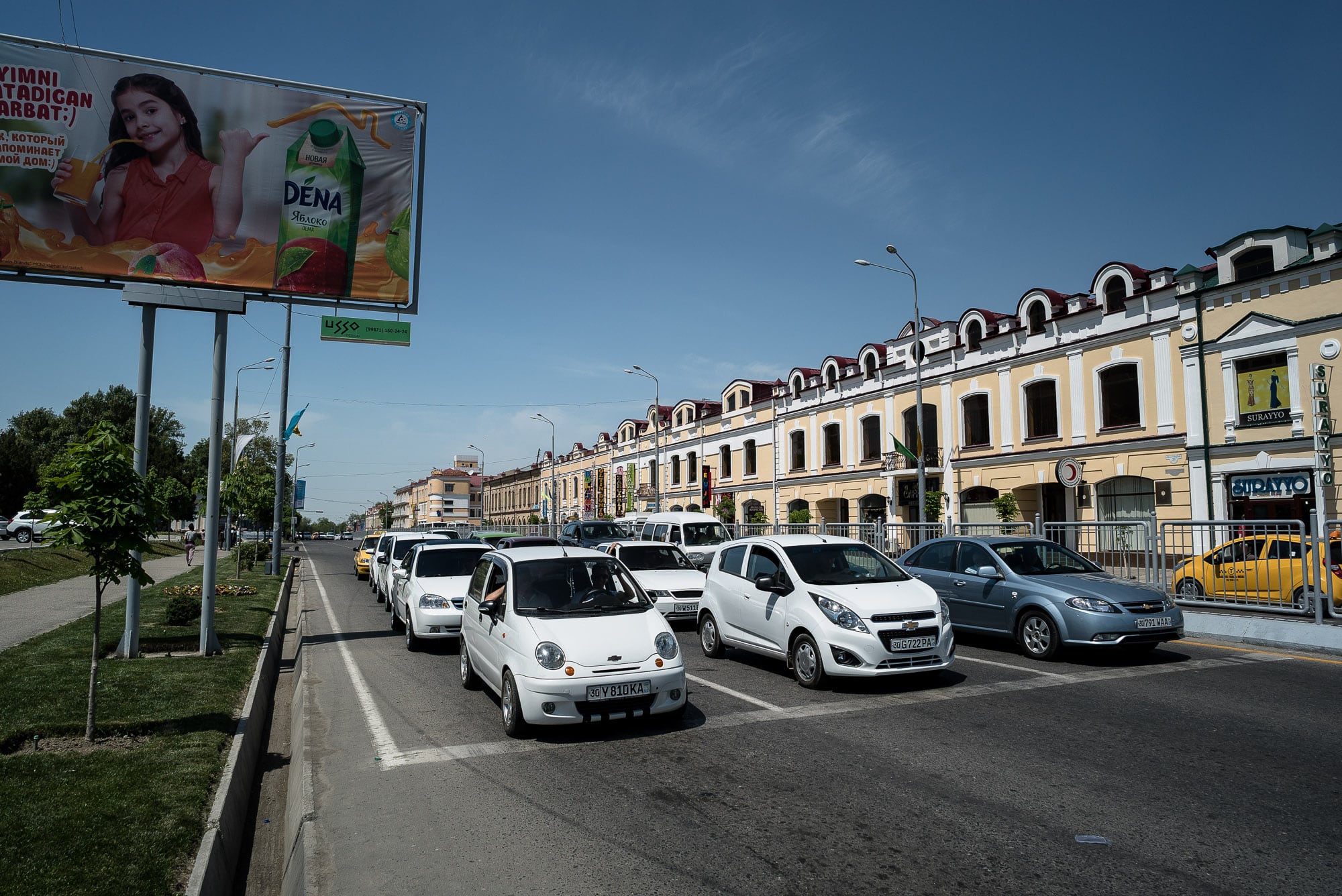 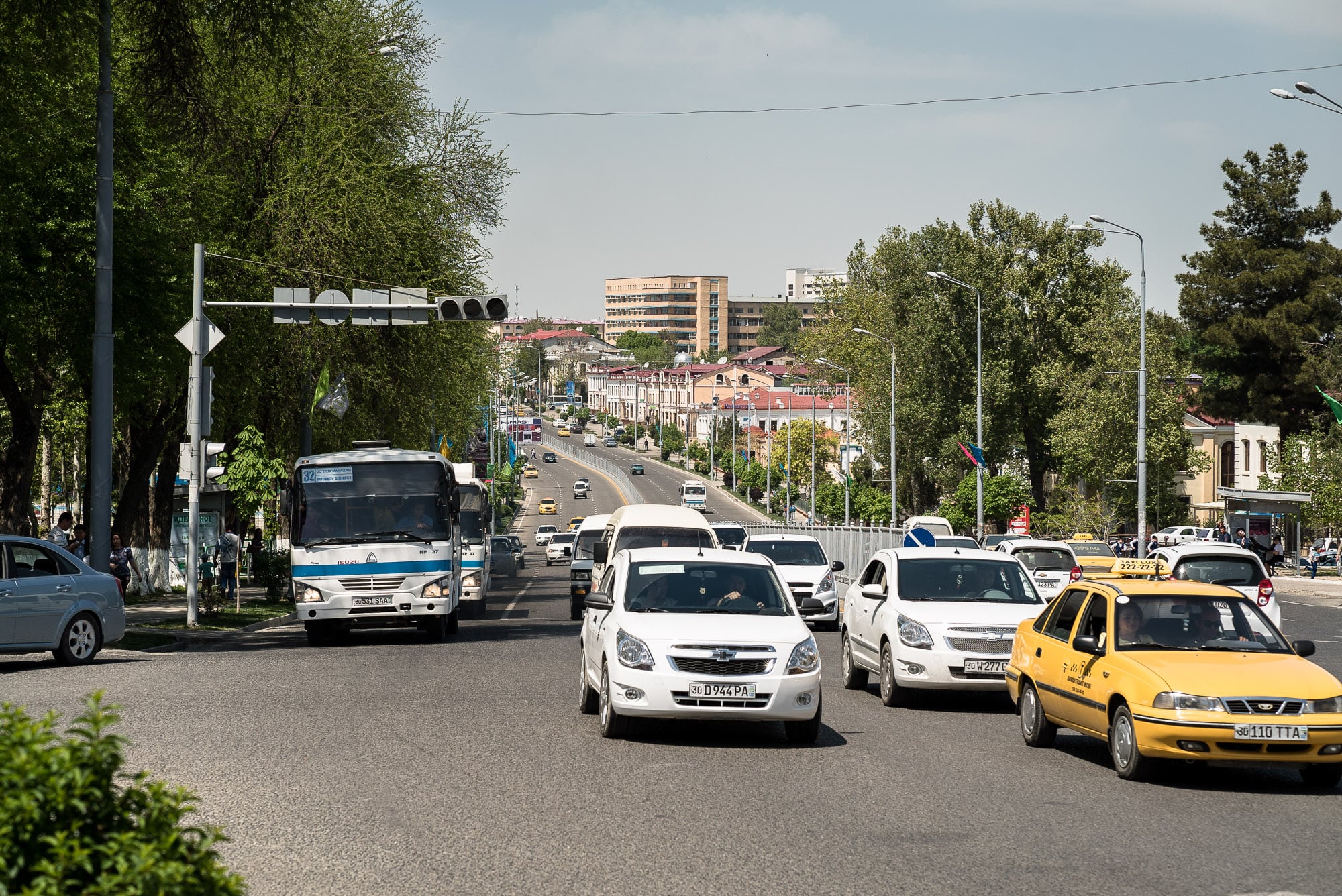 One time there was an empty waterpark: 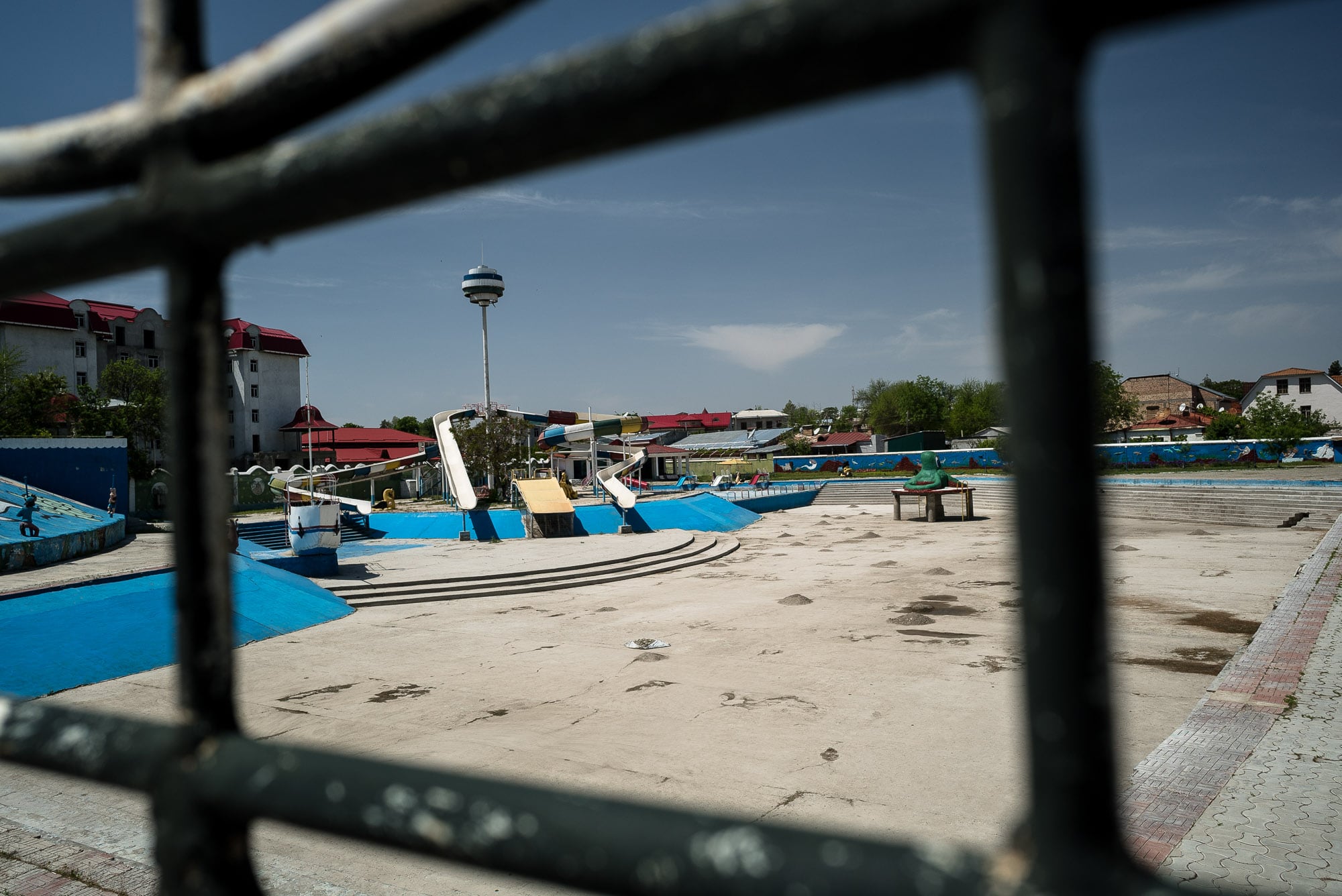 And one time I noticed a drain that was apparently made in China: 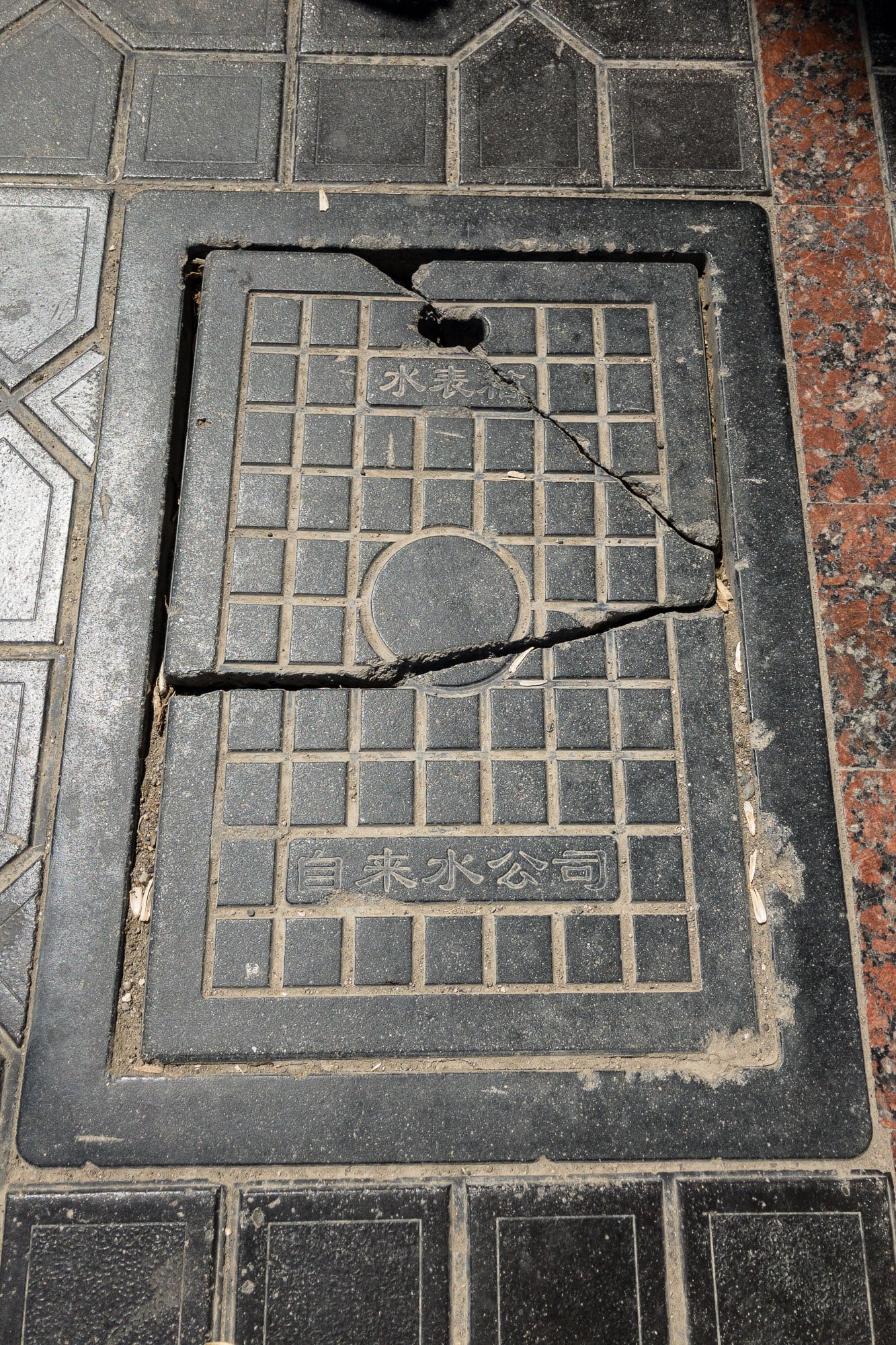 There was a military base where I was careful not to take any pictures, and then I was out on the open road: 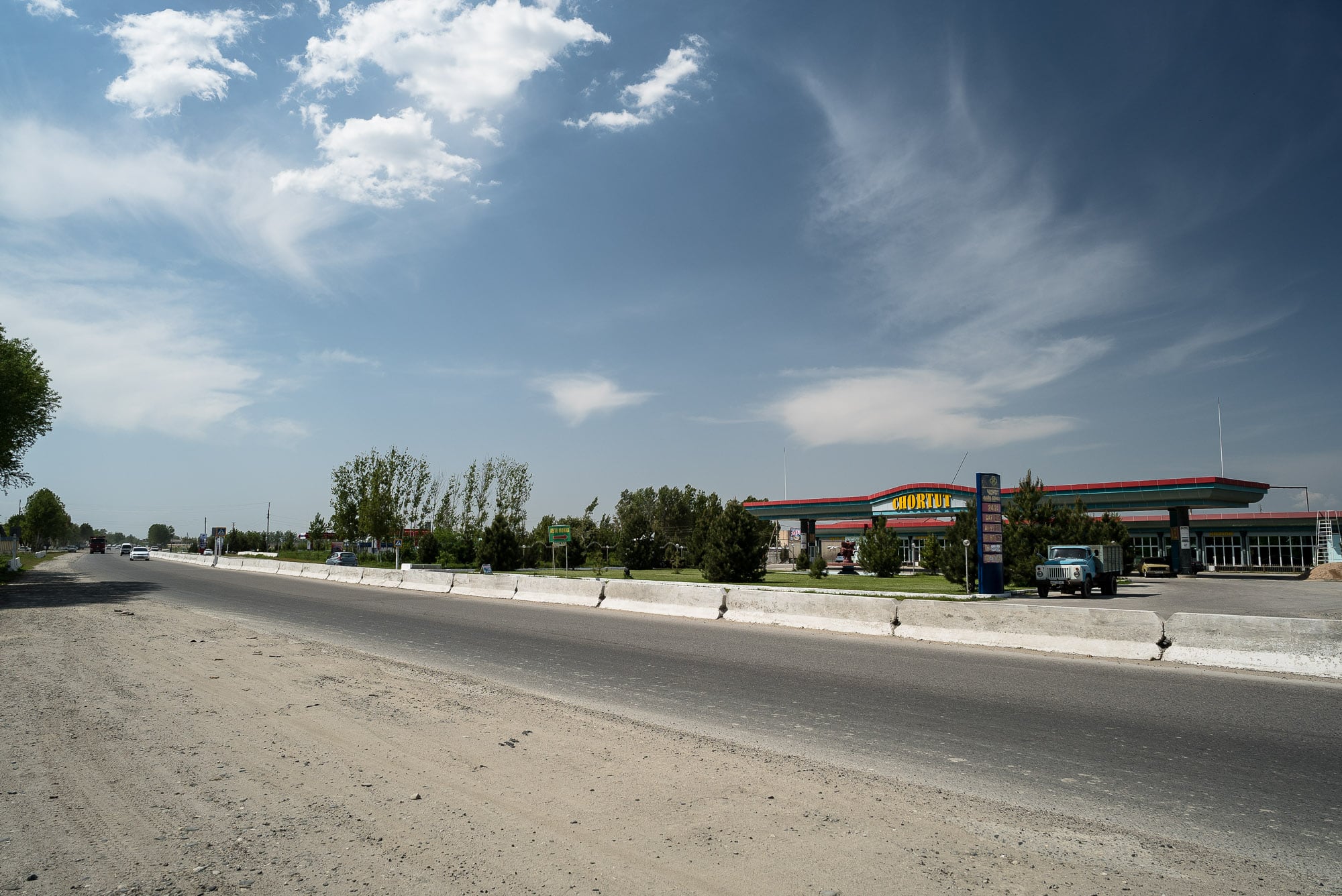 I had lunch in a little restaurant: 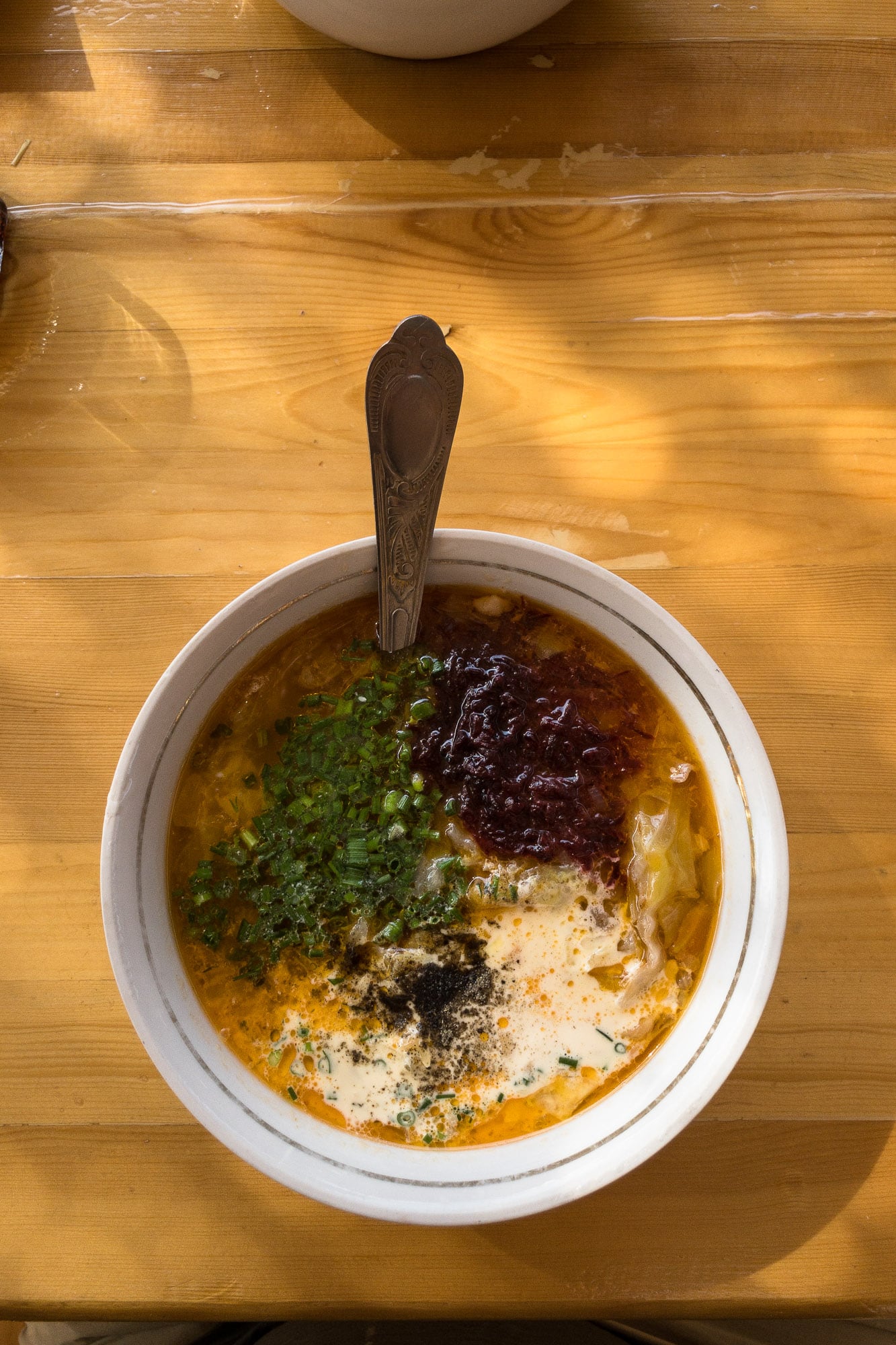 Then I continued on my way.

I had never seen Uzbekistan this green before: 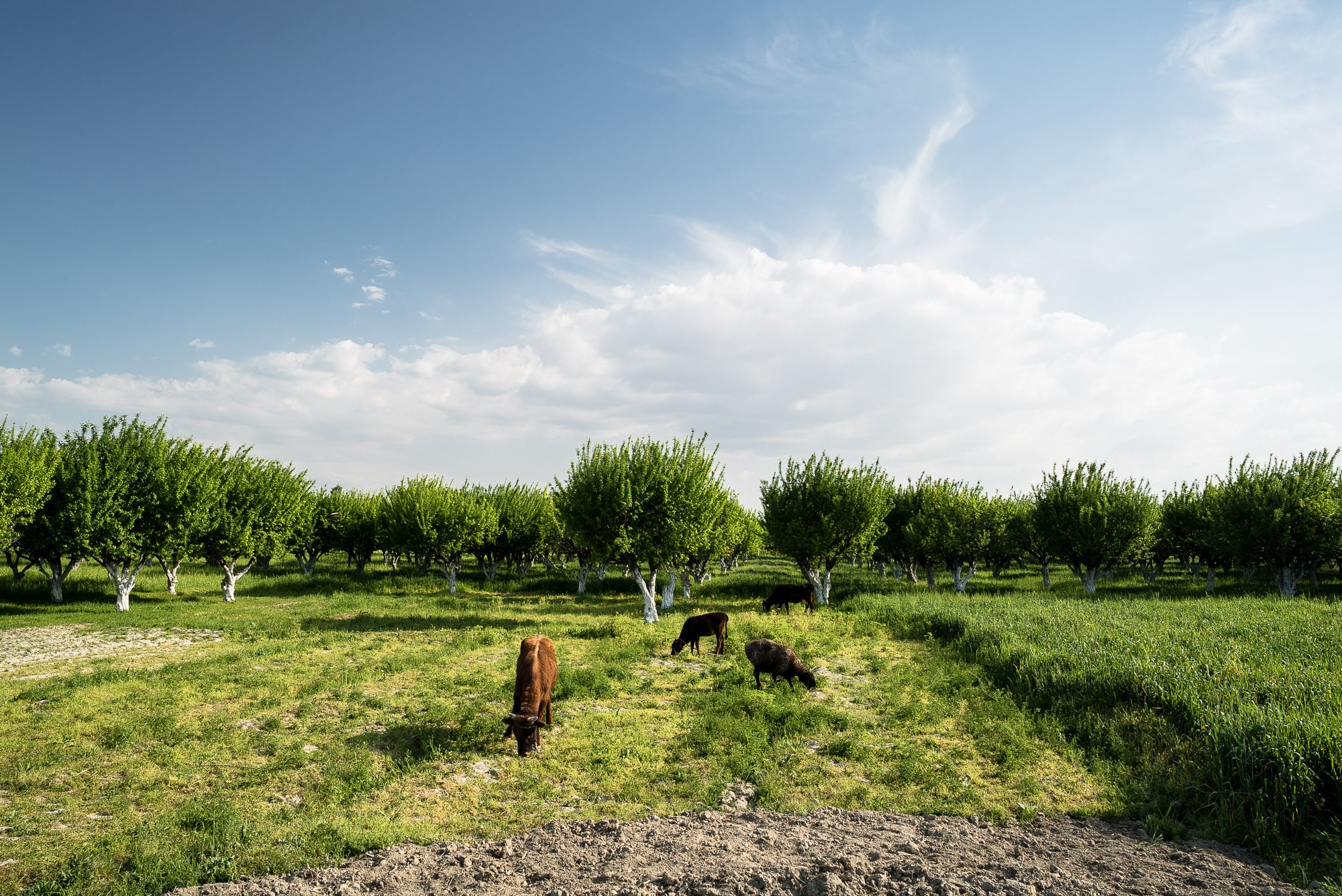 The tarmac was alright most of the way, with only the shoulder being a bit dusty: 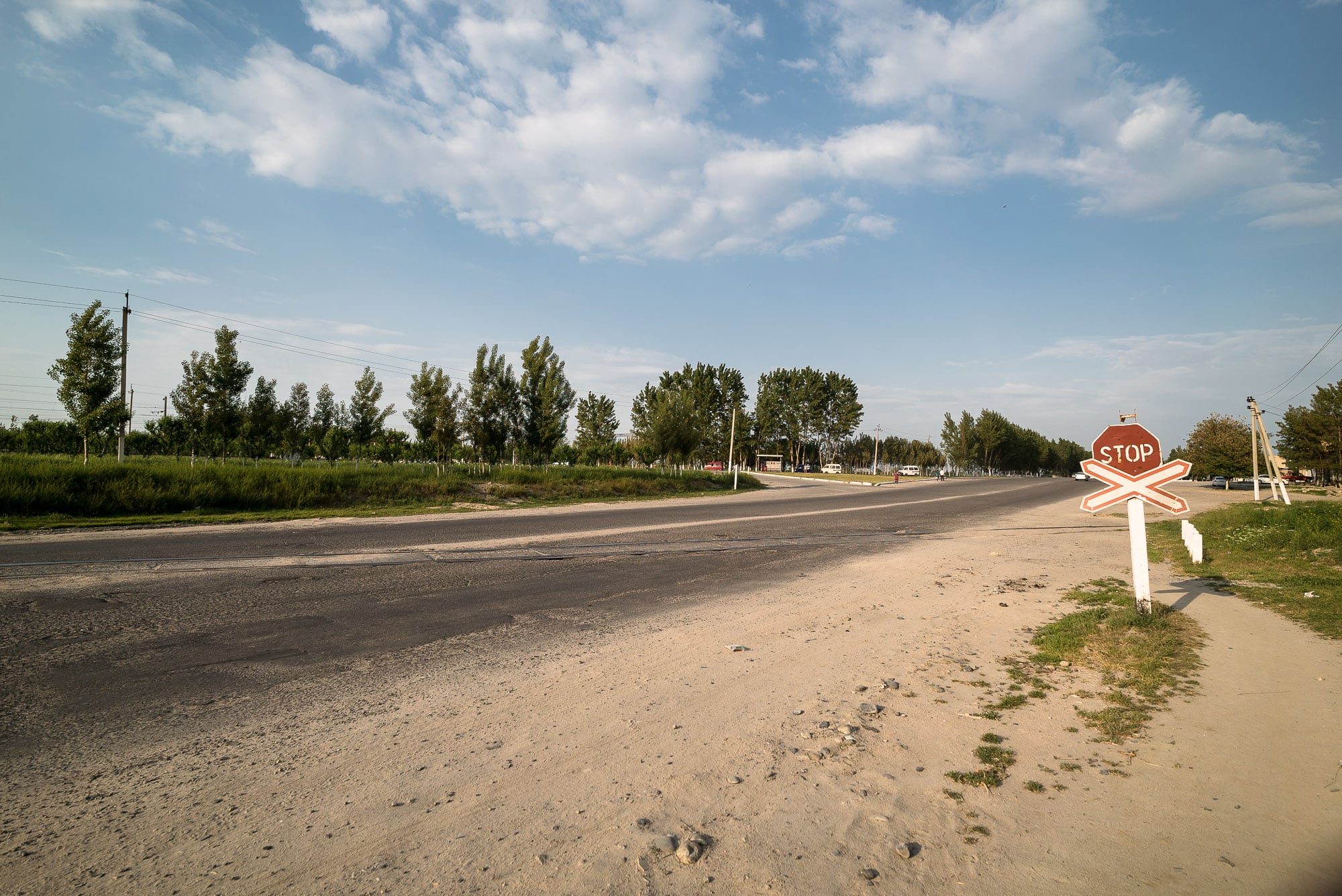 Even the roads into the little villages seemed okay: 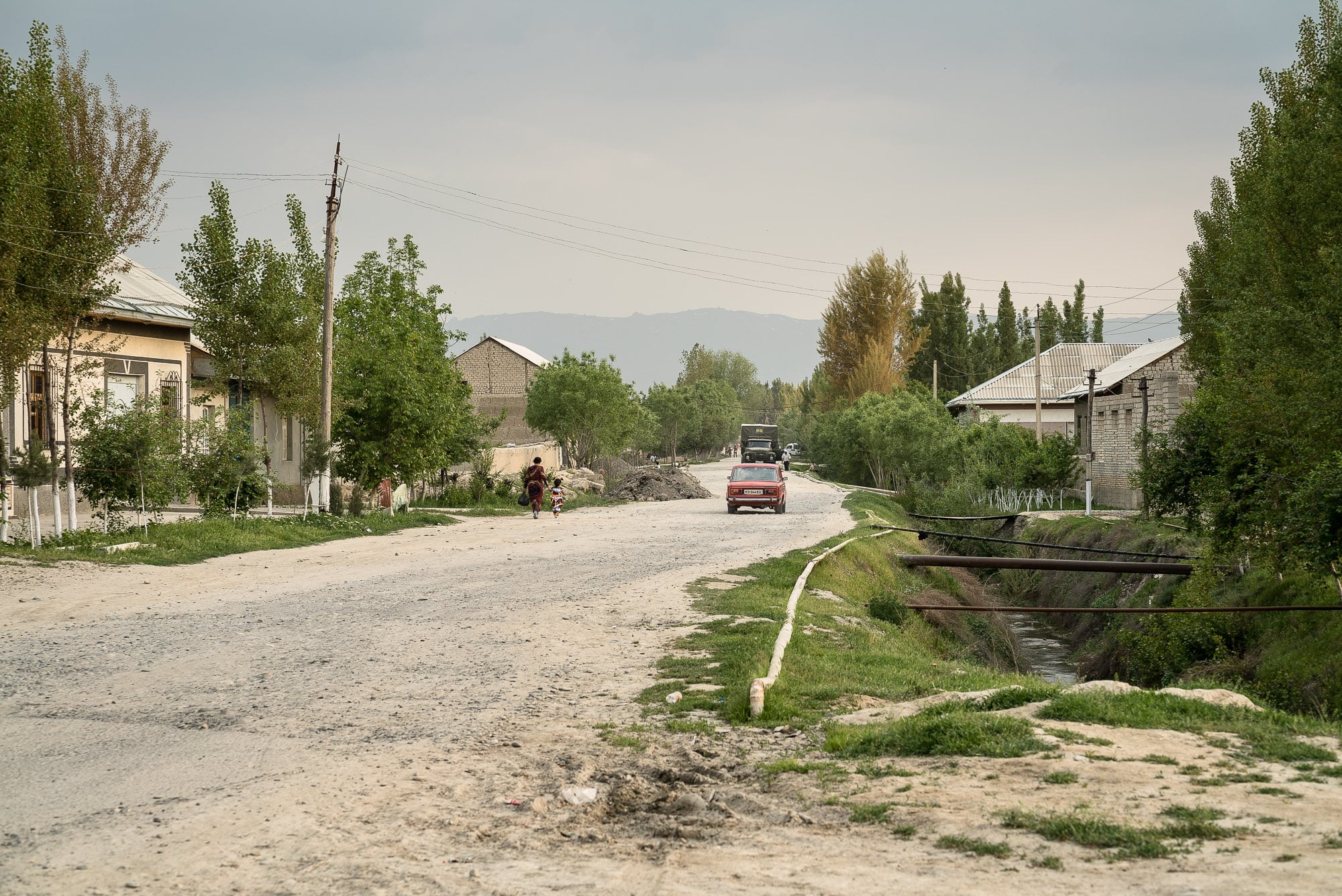 Made another Let’s Walk video:

And even though I was tired and not used to walking anymore, it was still enjoyable: 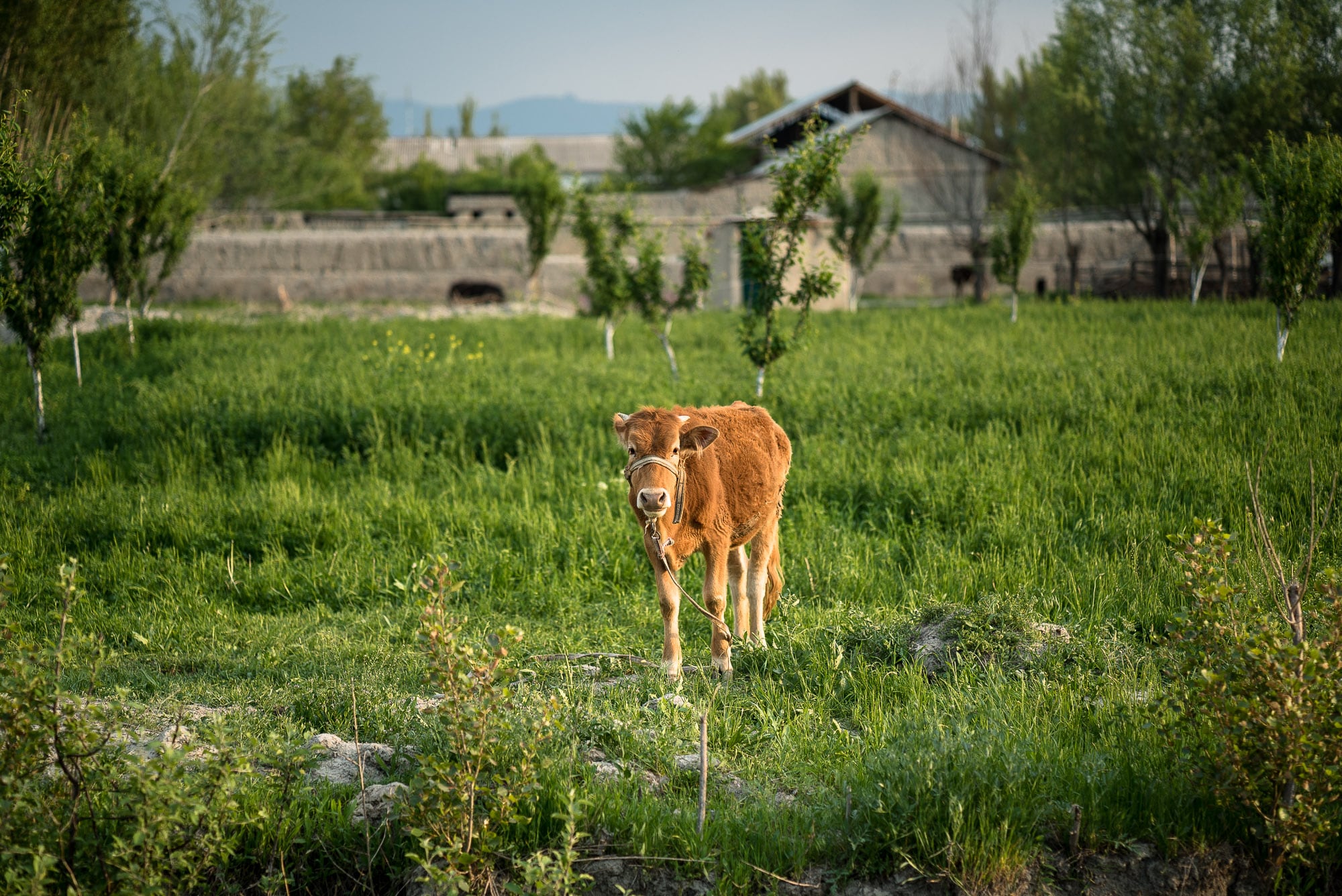 Mainly because everything was so green: 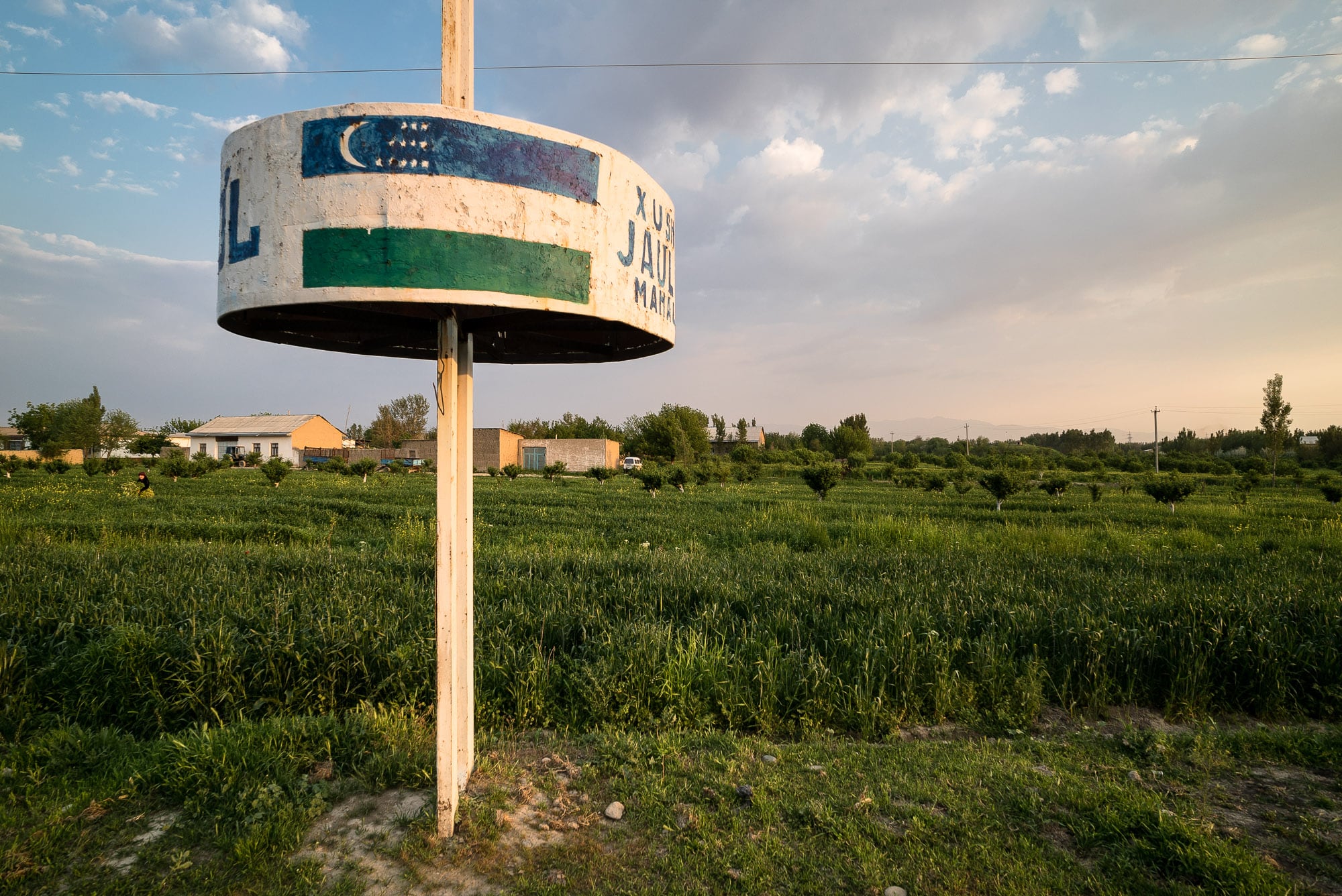 I walked until sunset, trying to reach the town of Juma: 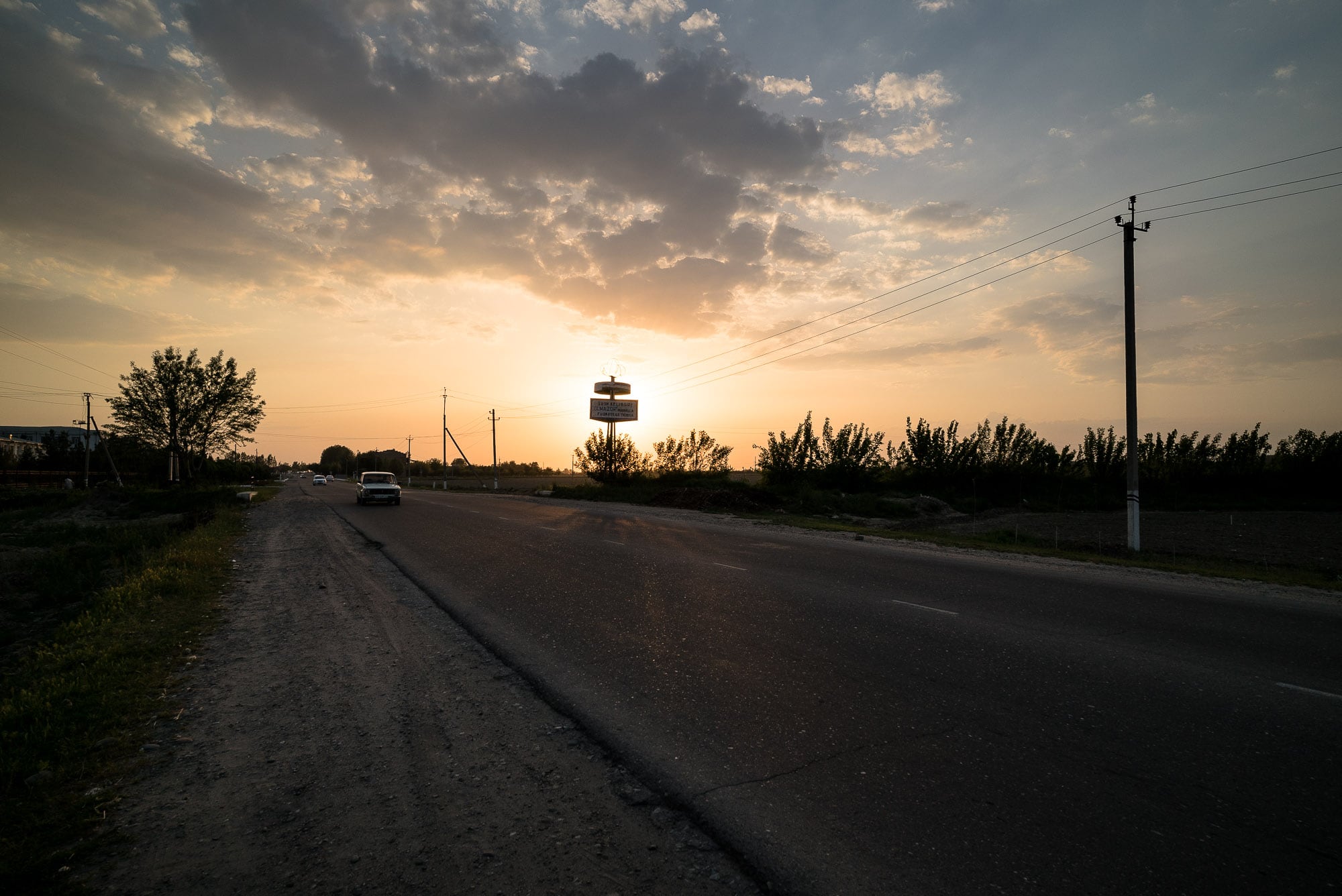 There was supposed to be a hotel there: 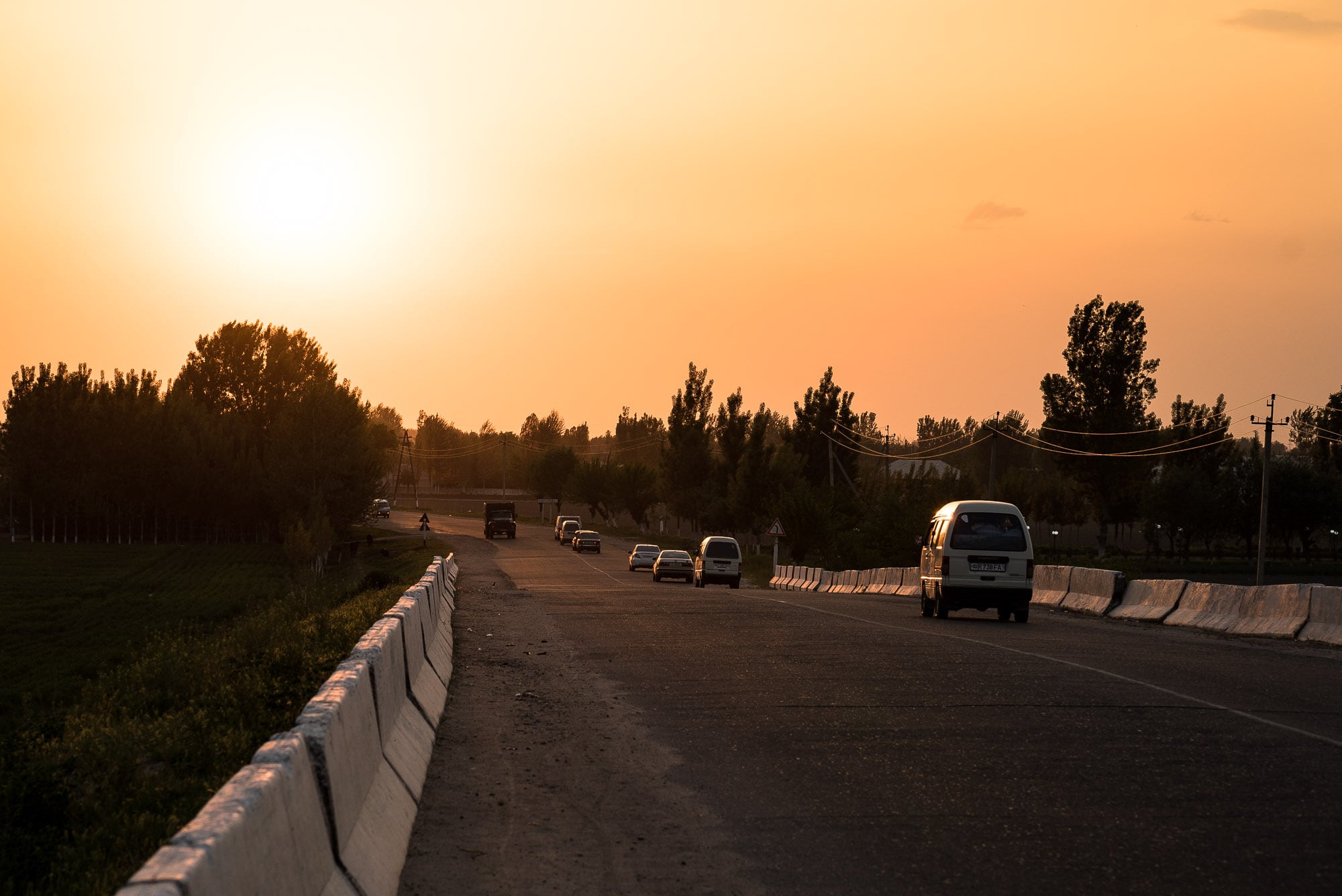 So I kept pressing on: 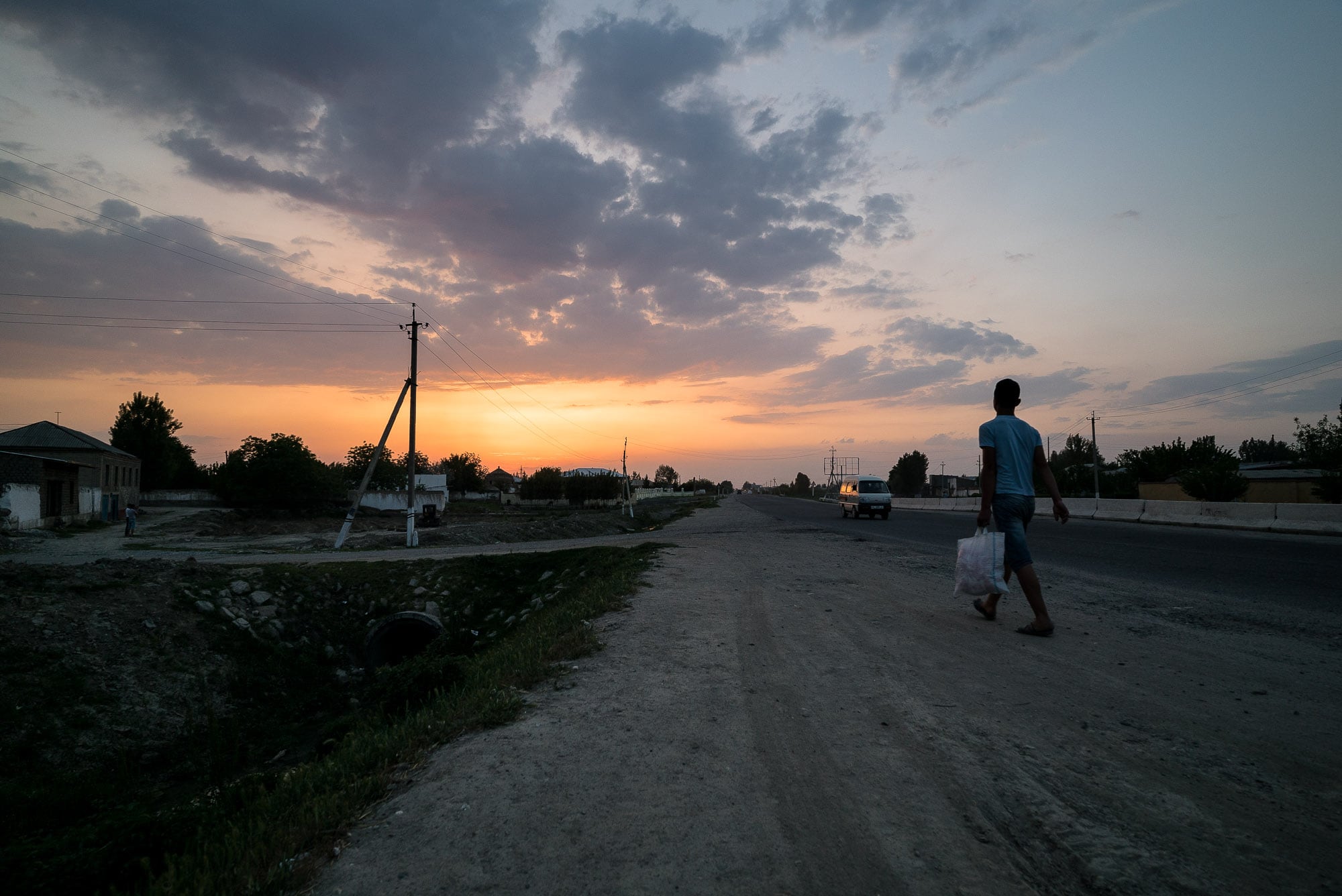 When I got to Juma, it was already dark: 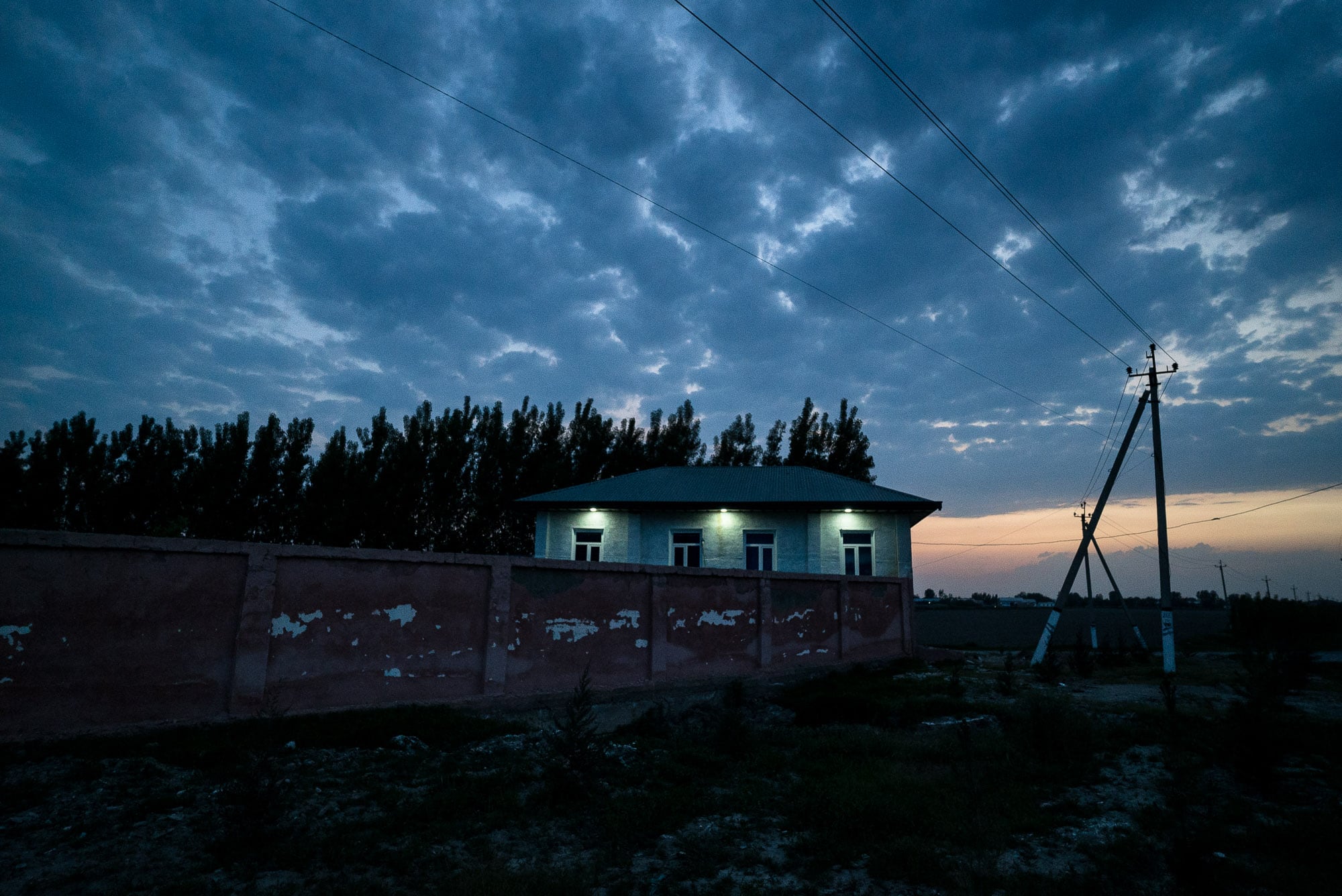 And there was no hotel.

Day 727
from Samarkand to Juma