We stayed in today. Watched some Simpsons. Read a little. Ruben was feeling unwell, so he wasn’t up to much.

I had an interview scheduled, but since the internet in this place was so slow, we had to resort to sending voice messages back and forth via messaging app.

It took a while.

Enough time for me to take pictures of the Christmas tree in the hotel lobby: 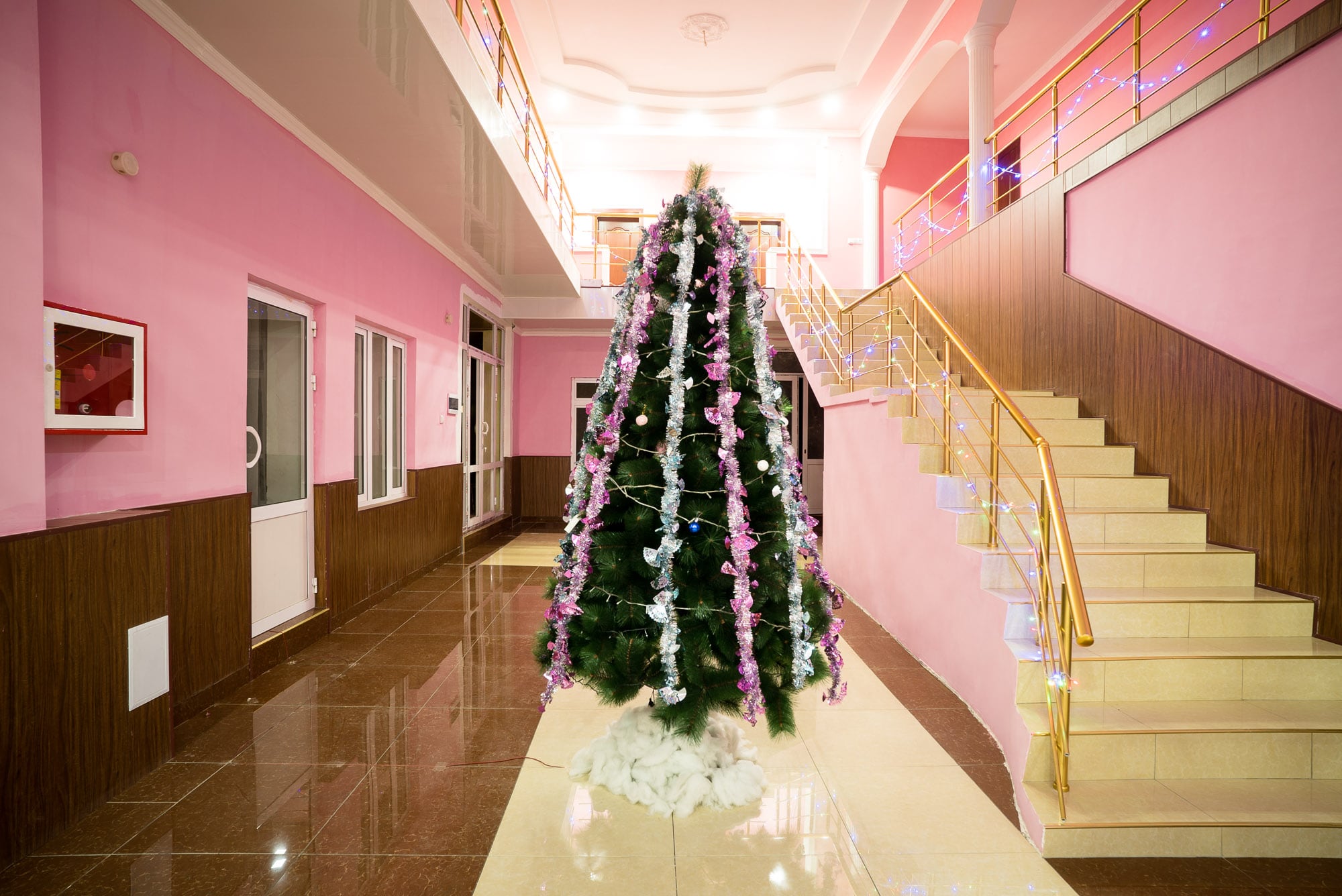 Of myself roaming the lobby: 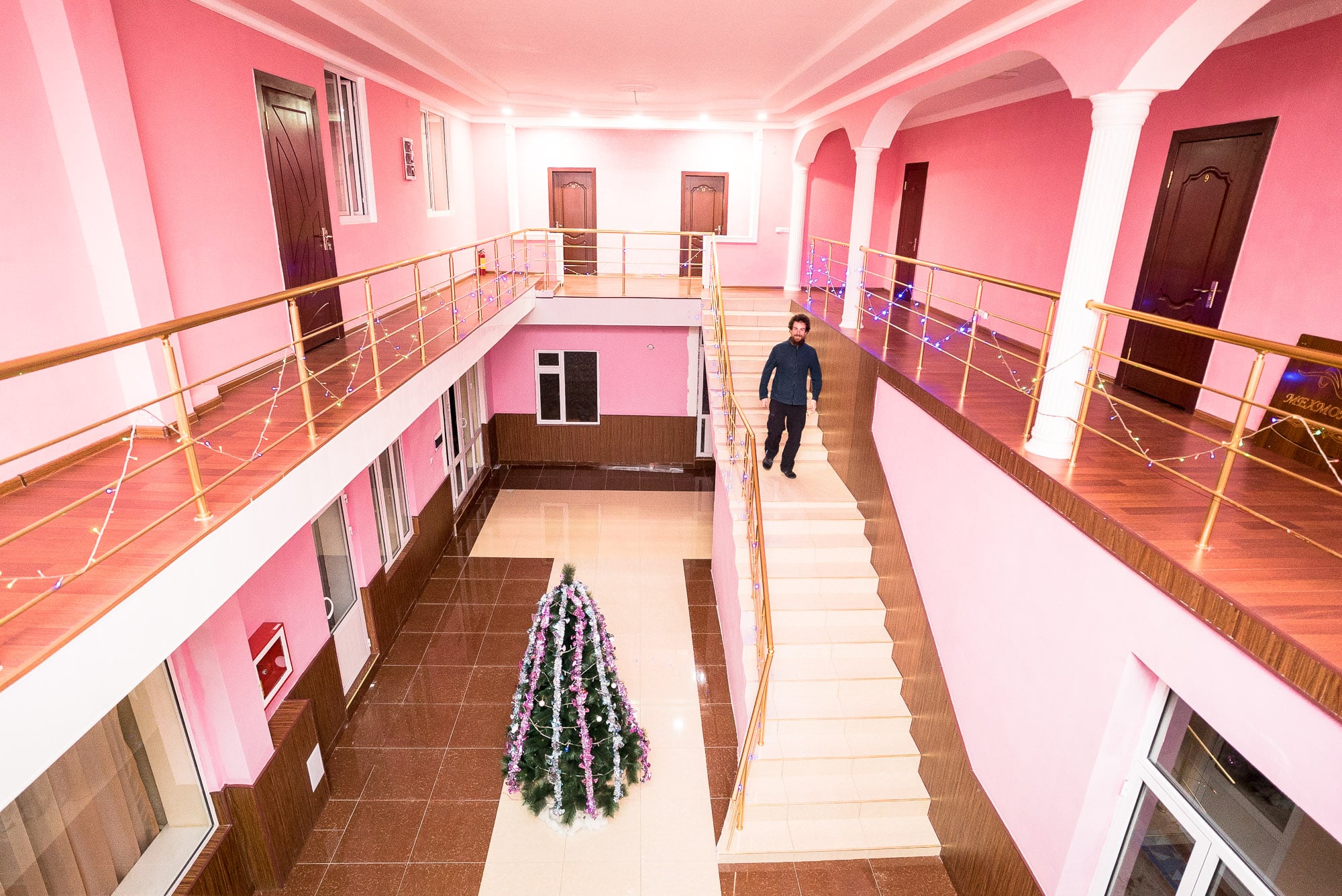 And of the pink corridors: 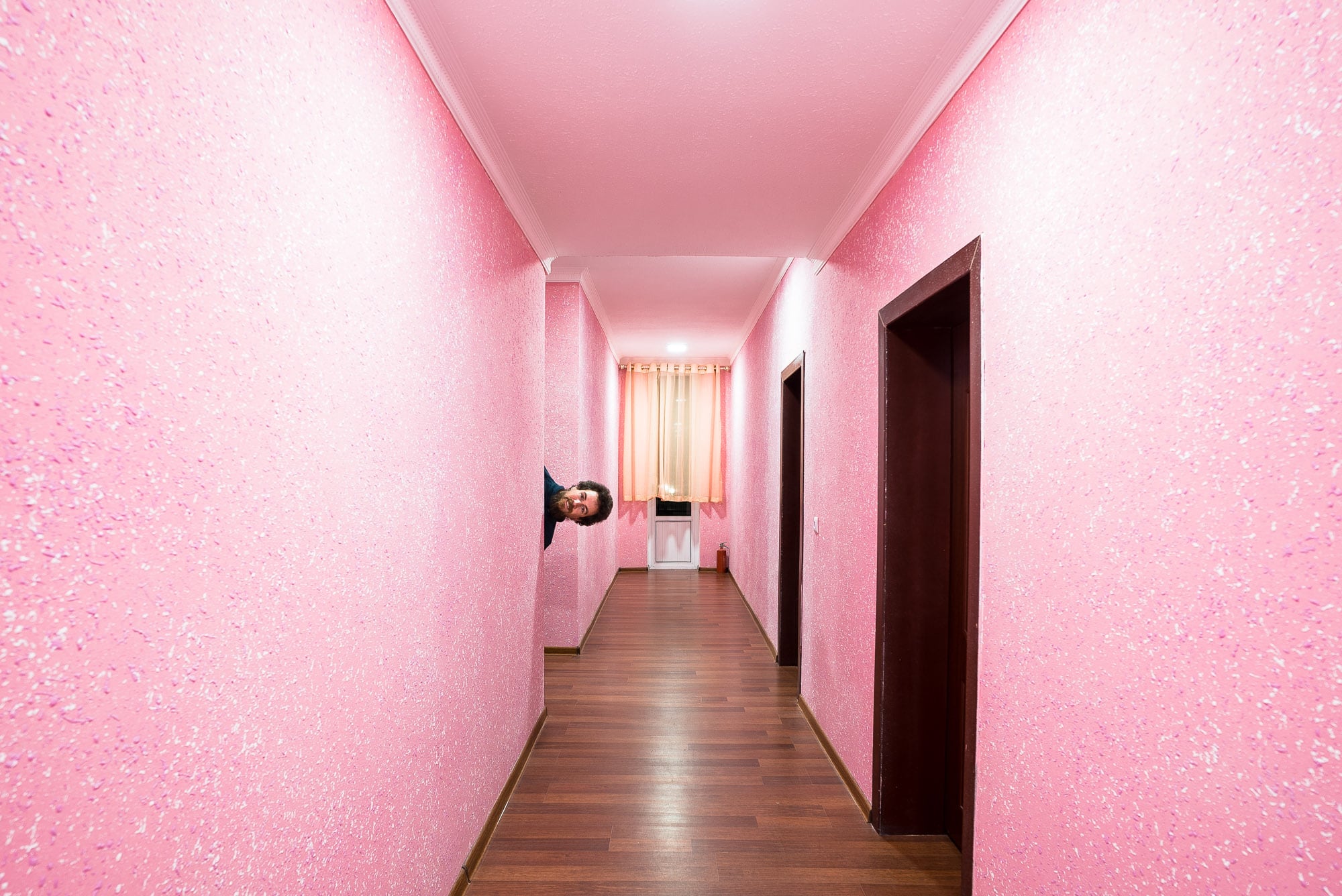 They were very pink.