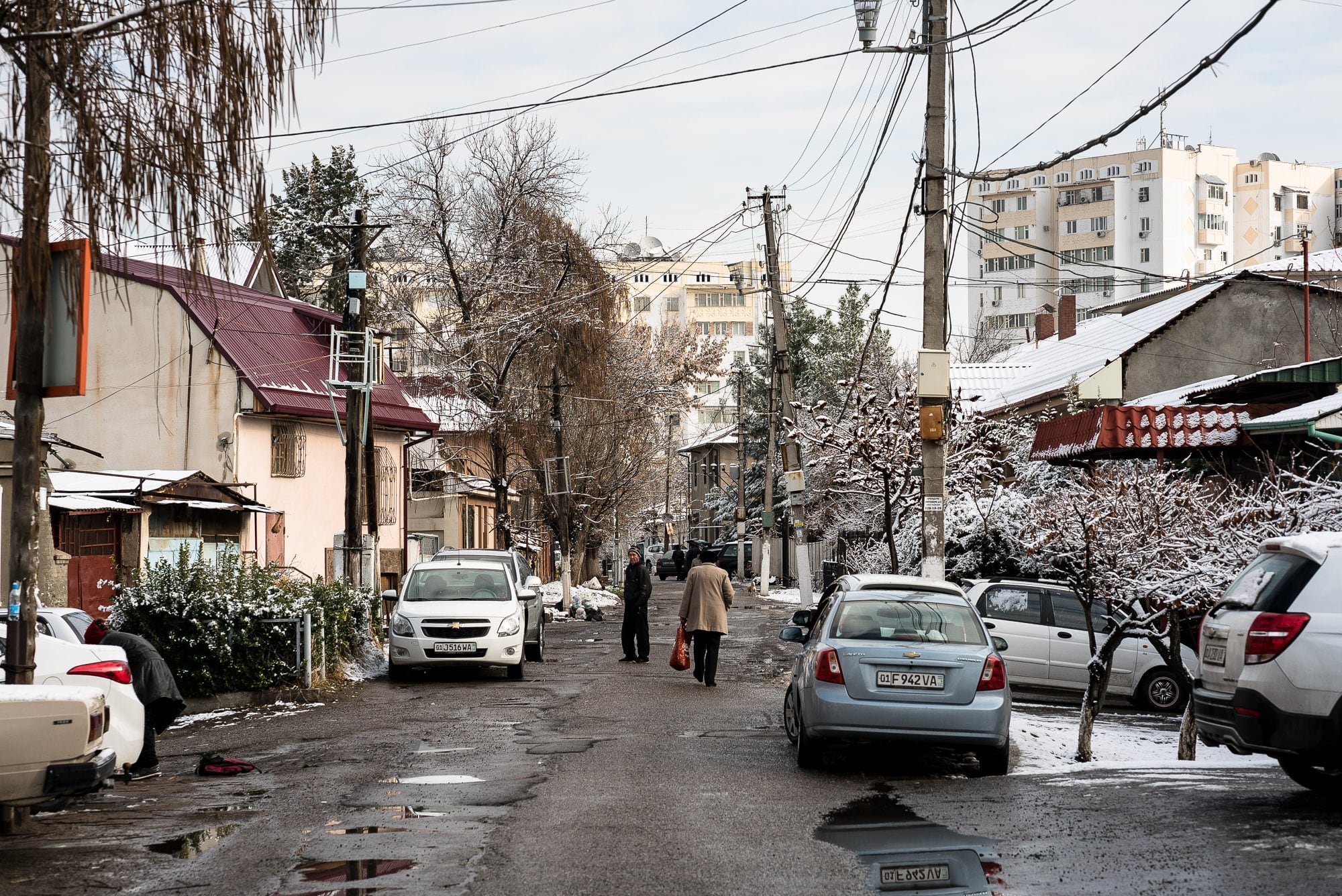 Light snow and sky that was blue: 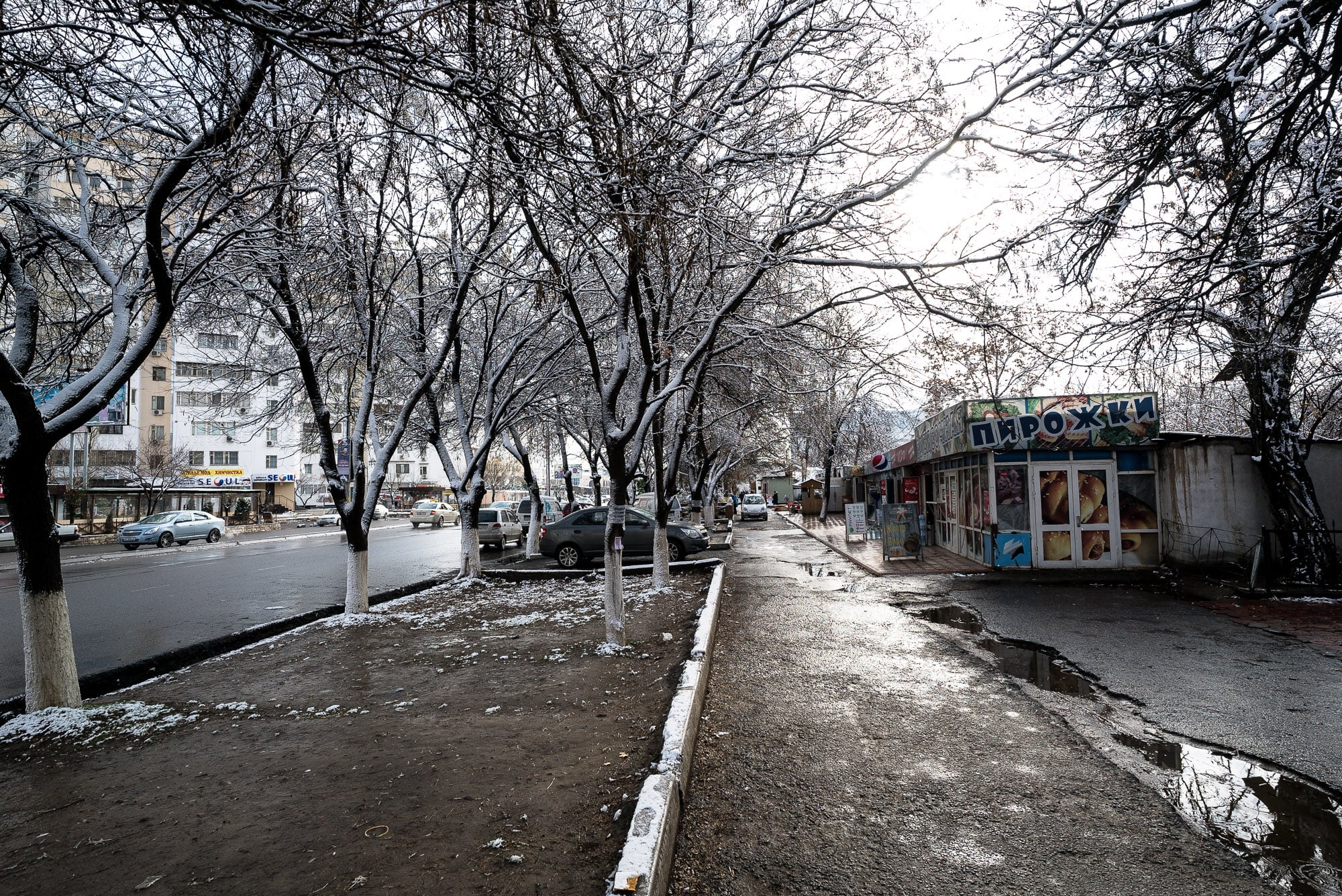 I decided to take the metro to an old part of town: 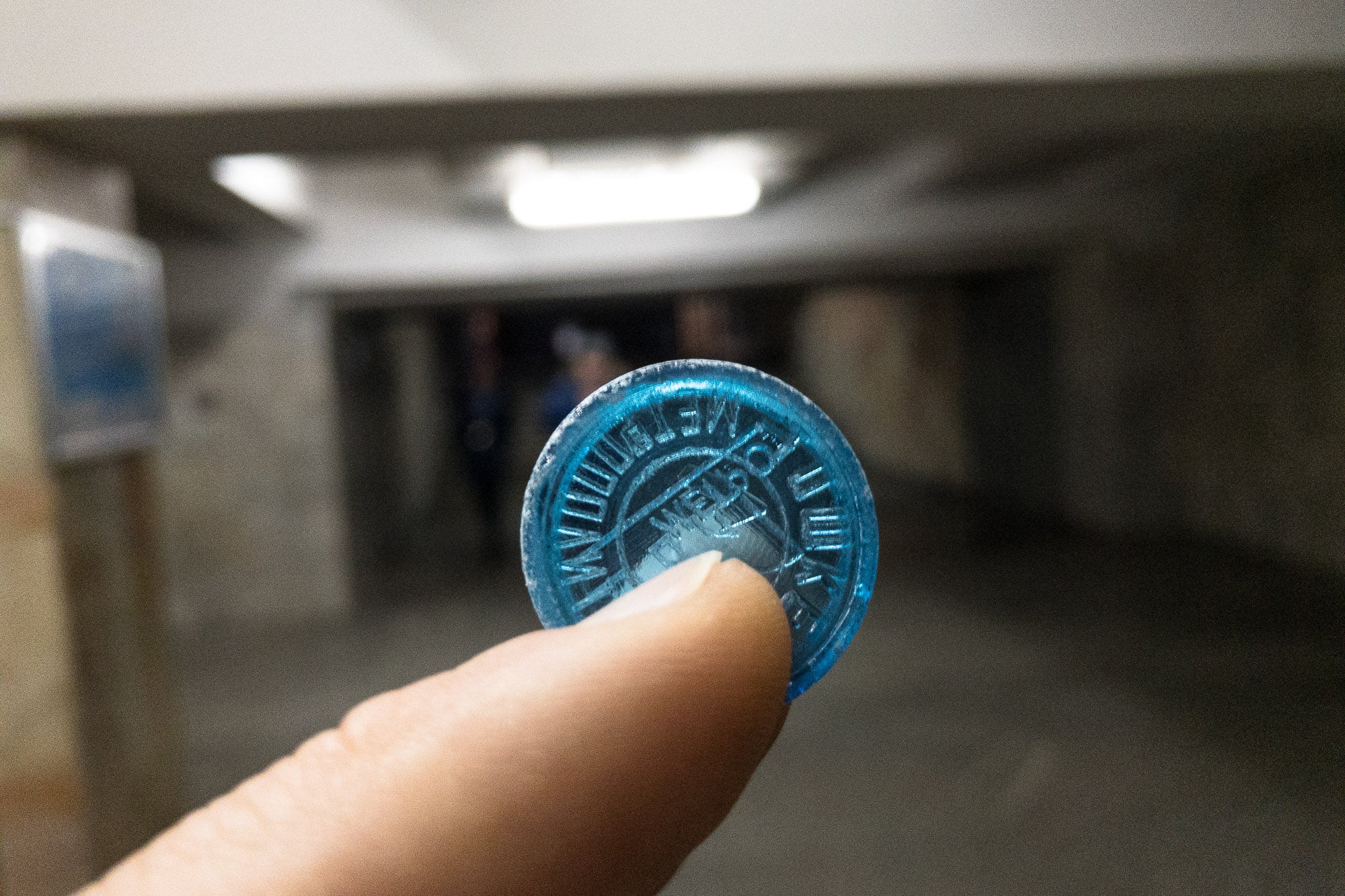 I liked the ticket that I got very much, and I liked the metro itself as well. There are only two subway systems in this part of the world, the other one being the one that I rode in Almaty three months ago. And this one was lavishly ornamented. I can’t show you any pictures because well, you know: not allowed.

And then, when I got to Chorsun Bazaar, a large place full of smells and sounds and beautiful things to photograph, I was told that this, too, was a no-photo zone.

So I went to the old Kukeldash Madrasah, which was right next to the bazaar: 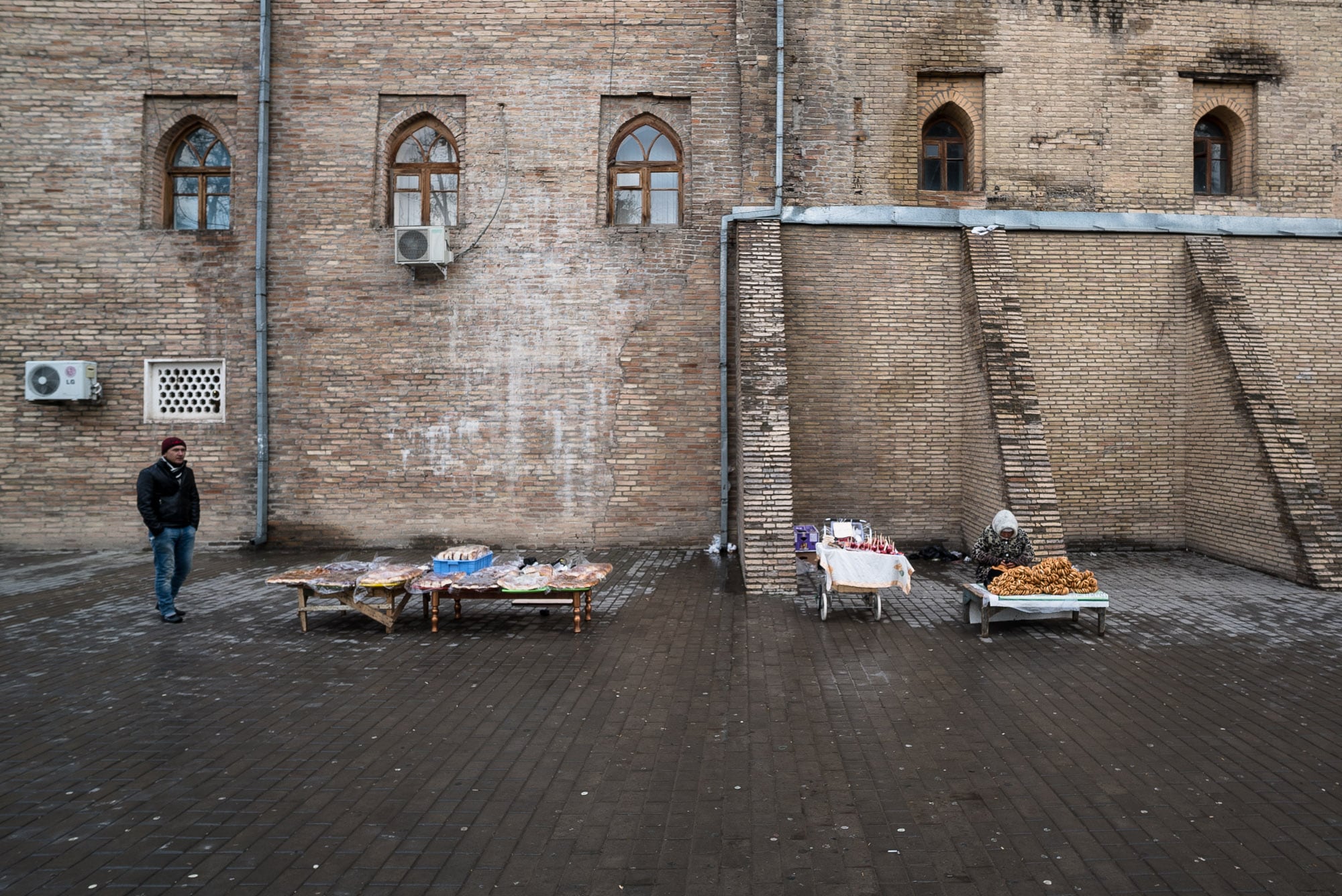 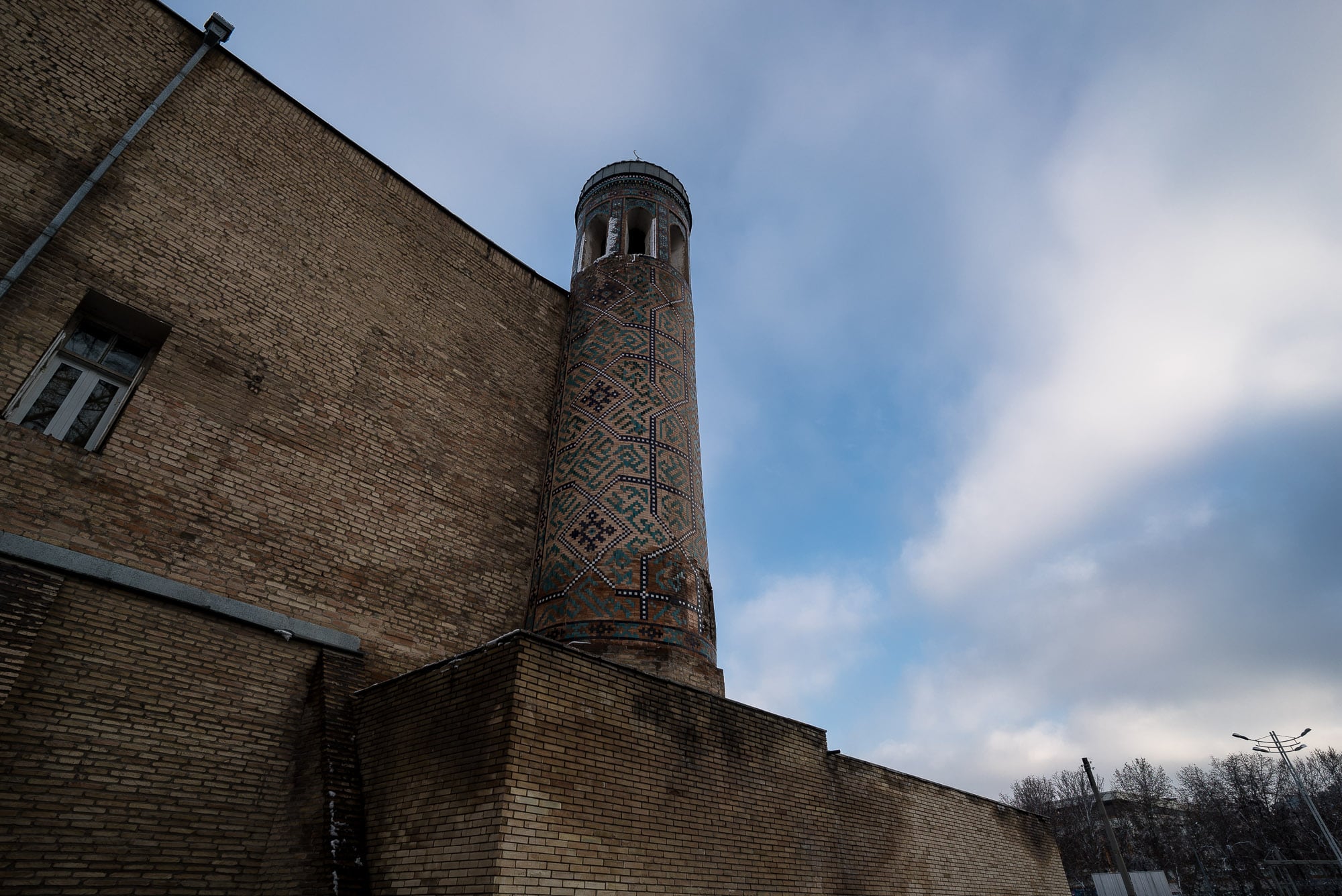 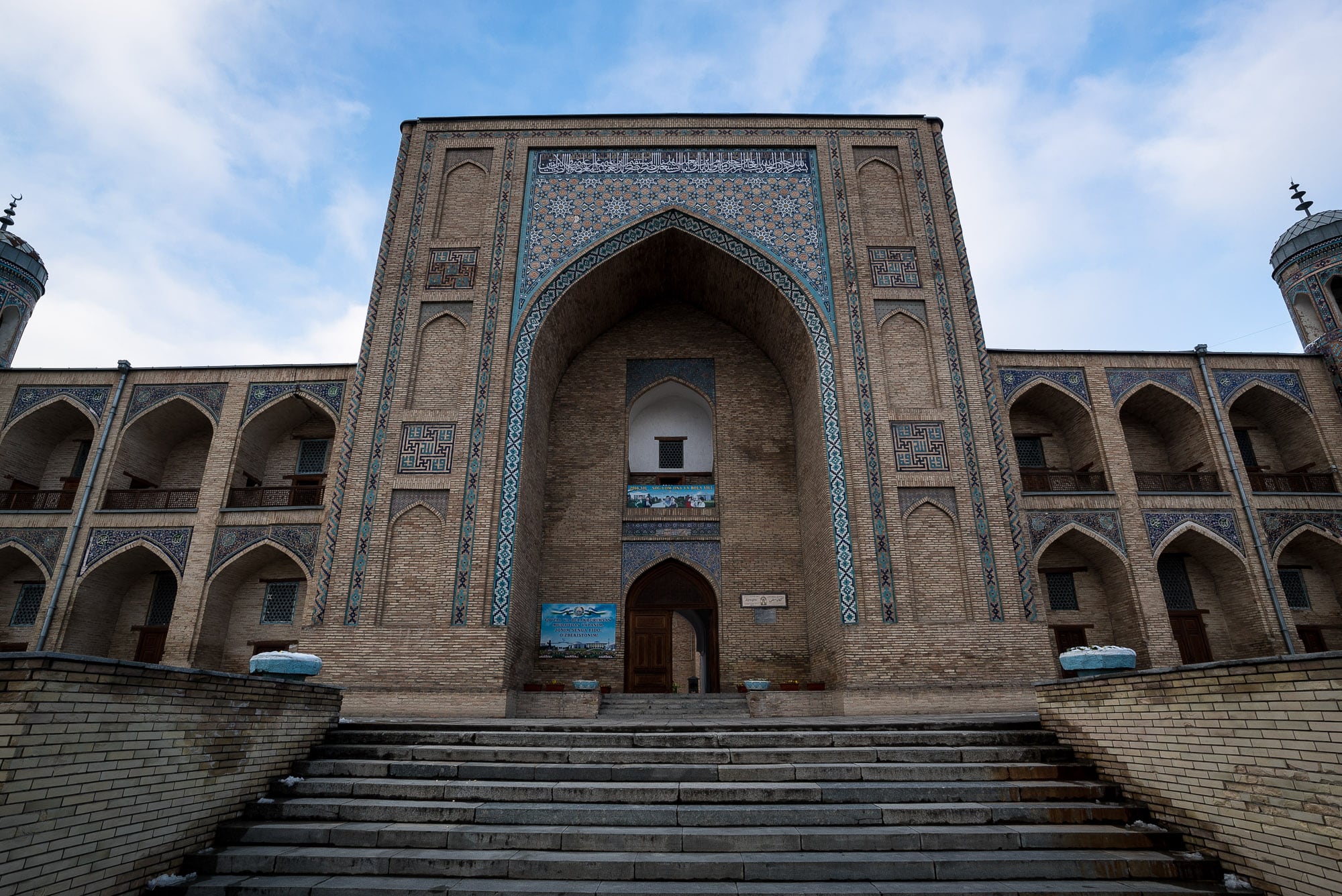 I was allowed to take pictures.

But I kept wondering about all the no-photo rules.

When I stopped in a mall to warm up, there were a lot of people who seemed to enjoy taking selfies in front of a large Christmas tree: 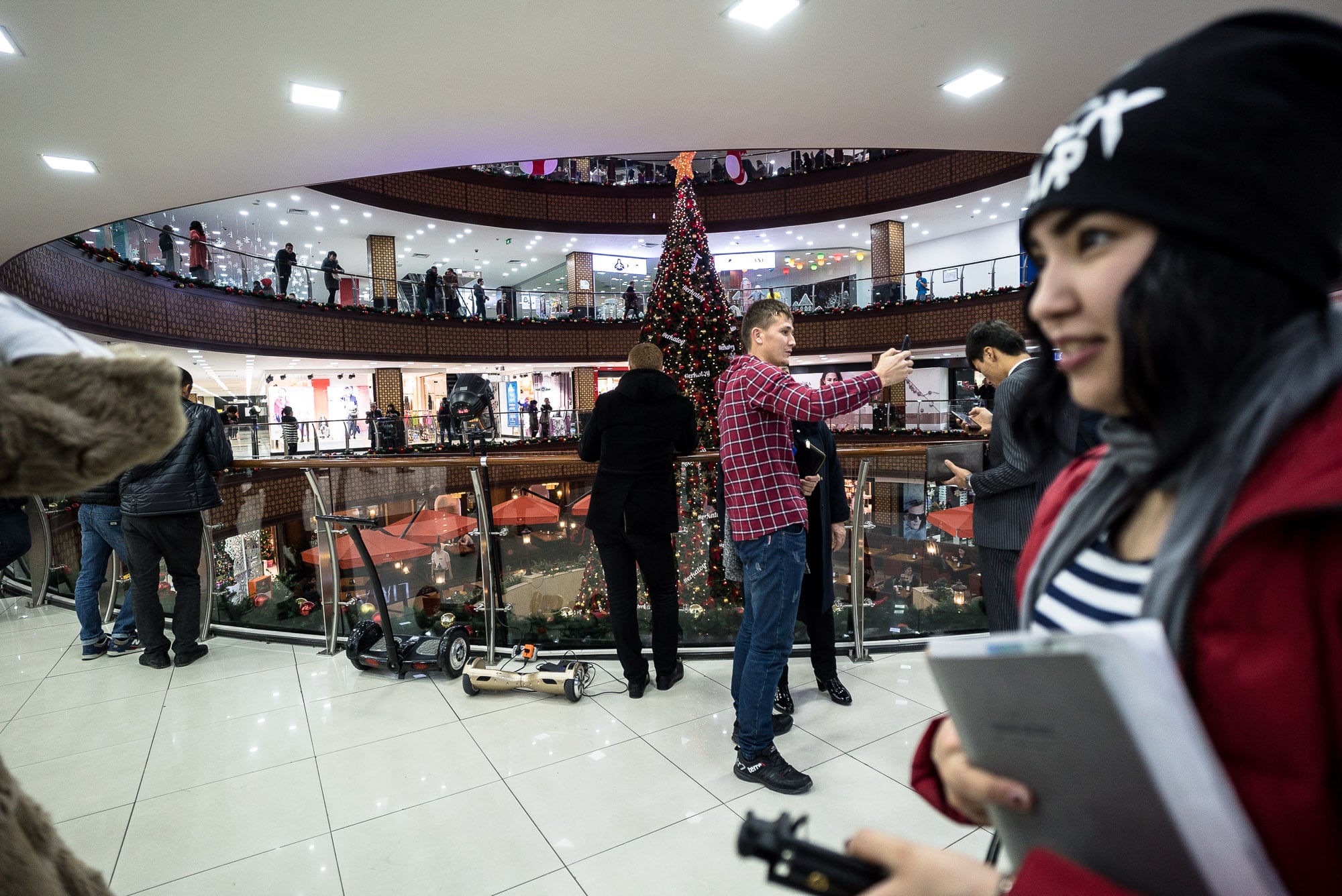 So apparently it was okay to photograph here, which made me wonder: what was the difference between a mall and a bazaar when it came to photos?

I dropped that thought and went back to the second velomaster from two days earlier. He had told me that he was unable to fix the Caboose, but that he would gladly fix my spare tire.

His garage was in a quiet back alley: 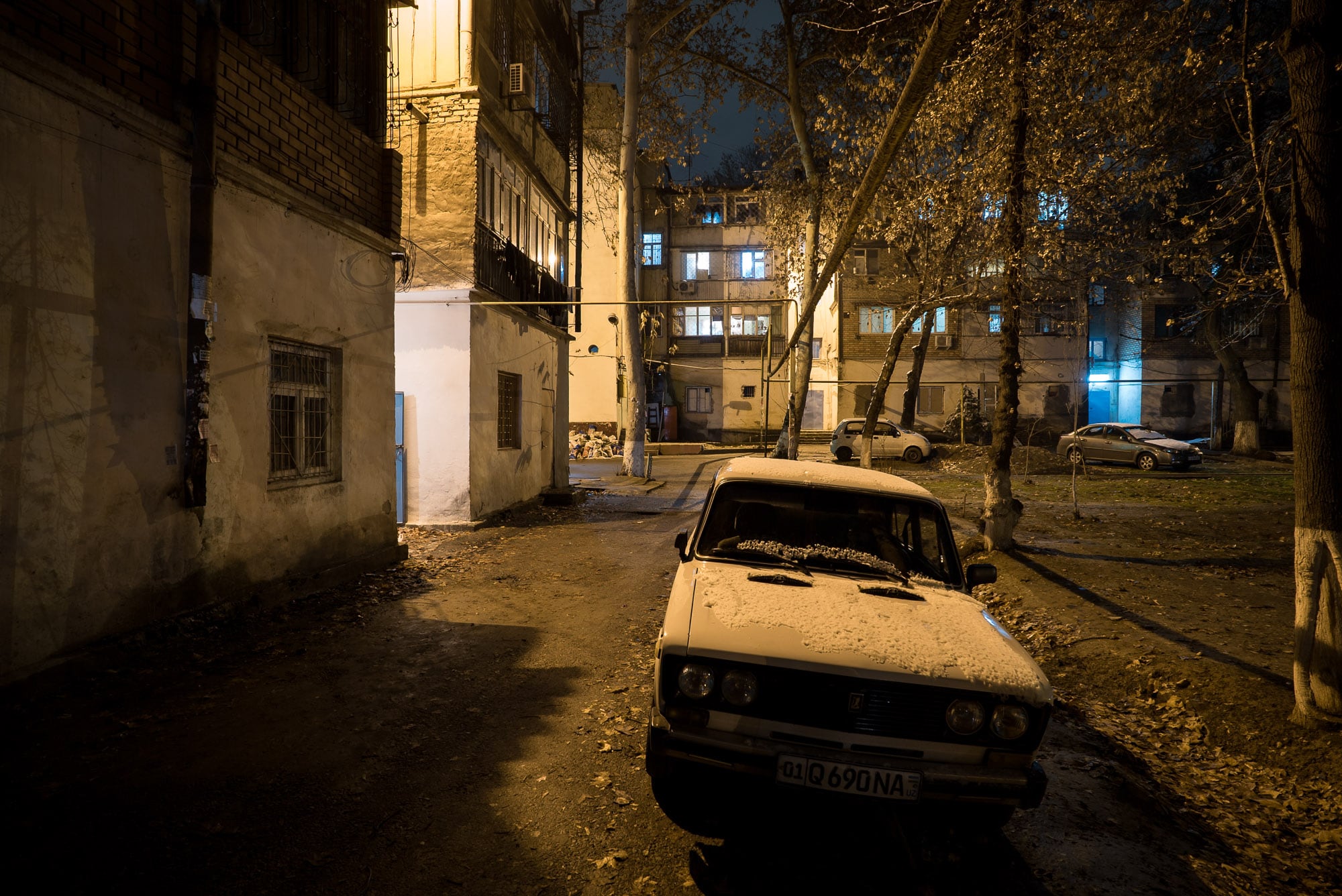 I took a photo just because I apparently could.

Then I went to the dude.

Only to find out that he had failed at fixing my spare wheel.