When I woke up I realized that the storm was gone: 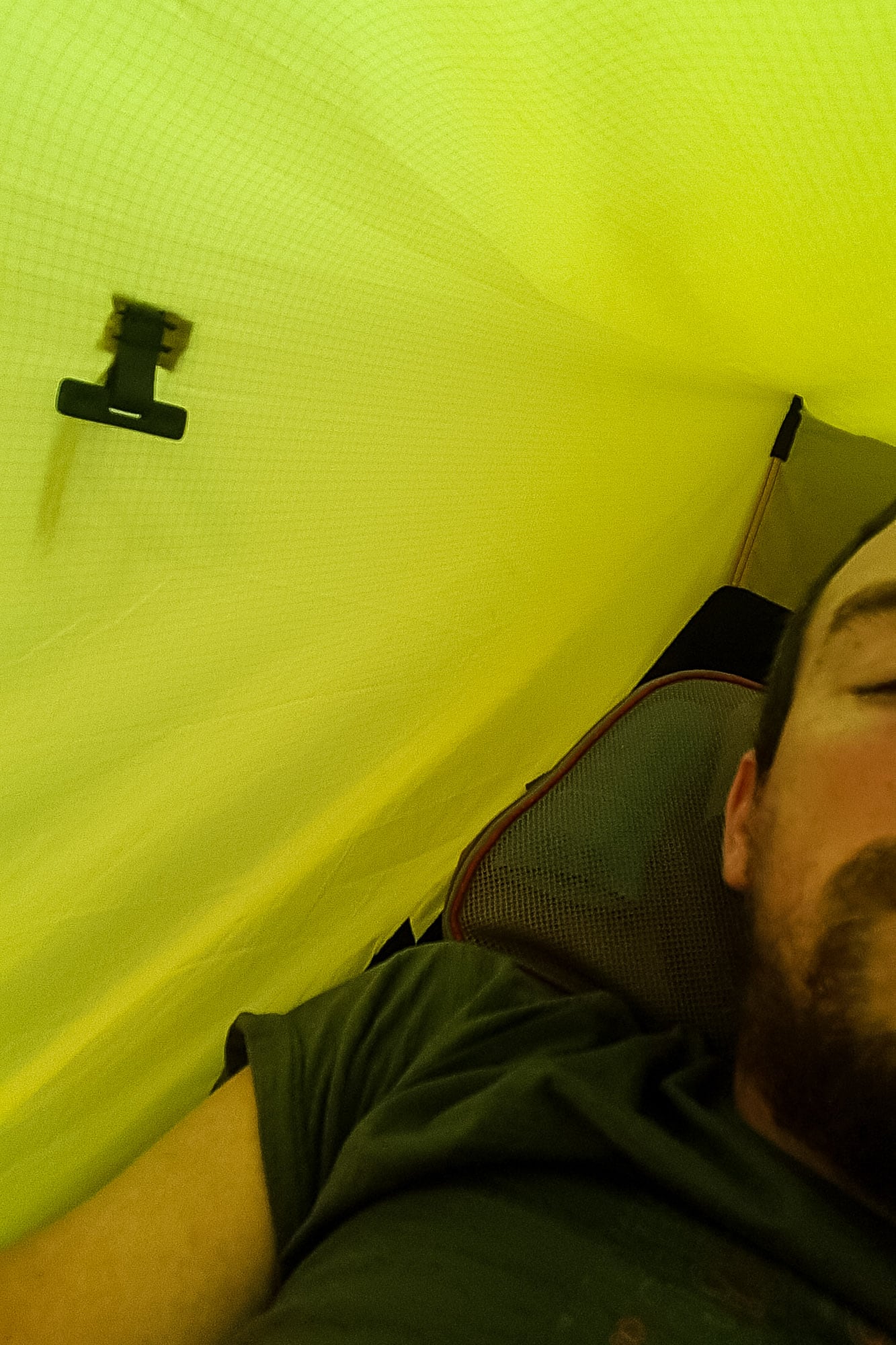 I looked out of the tent and saw clouds rolling over Korday pass:

But that was okay. I wasn’t scared anymore.

So I packed up and grabbed the Caboose, and we left this place where we had been so terrified:

That’s when I ran into Michael: 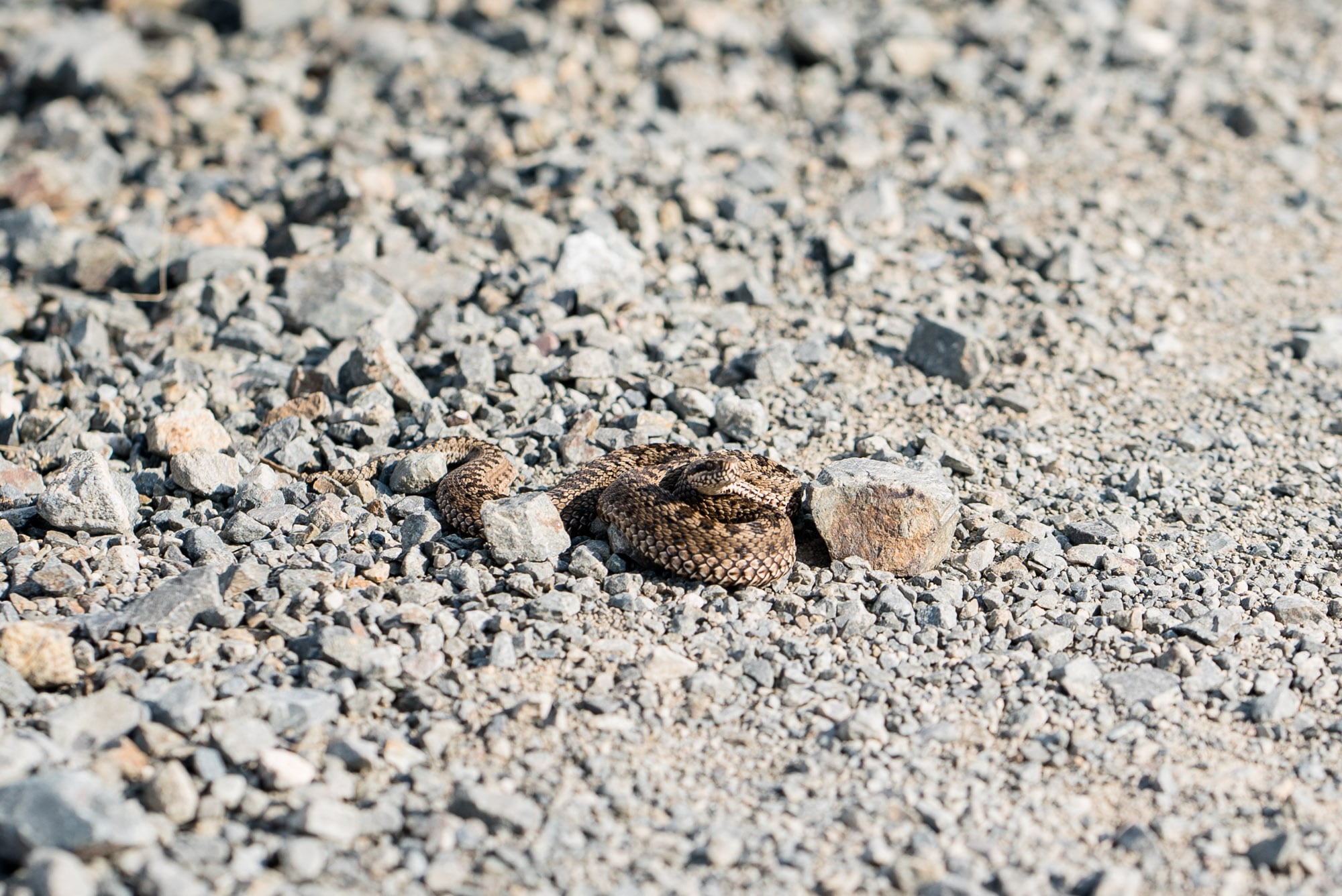 He was just taking a sunbath on the gravel road.

I took an epic long video with him on my DJI Osmo, a stabilized camera that I had purchased for this trip (and which turned out to suck).

Michael was so much fun. In the end I just called him Mike.

After a while I said good-bye to him though. I had to leave eventually if I wanted to reach the next settlement by nightfall. So I went down the slope that marked the northern side of Korday Pass: 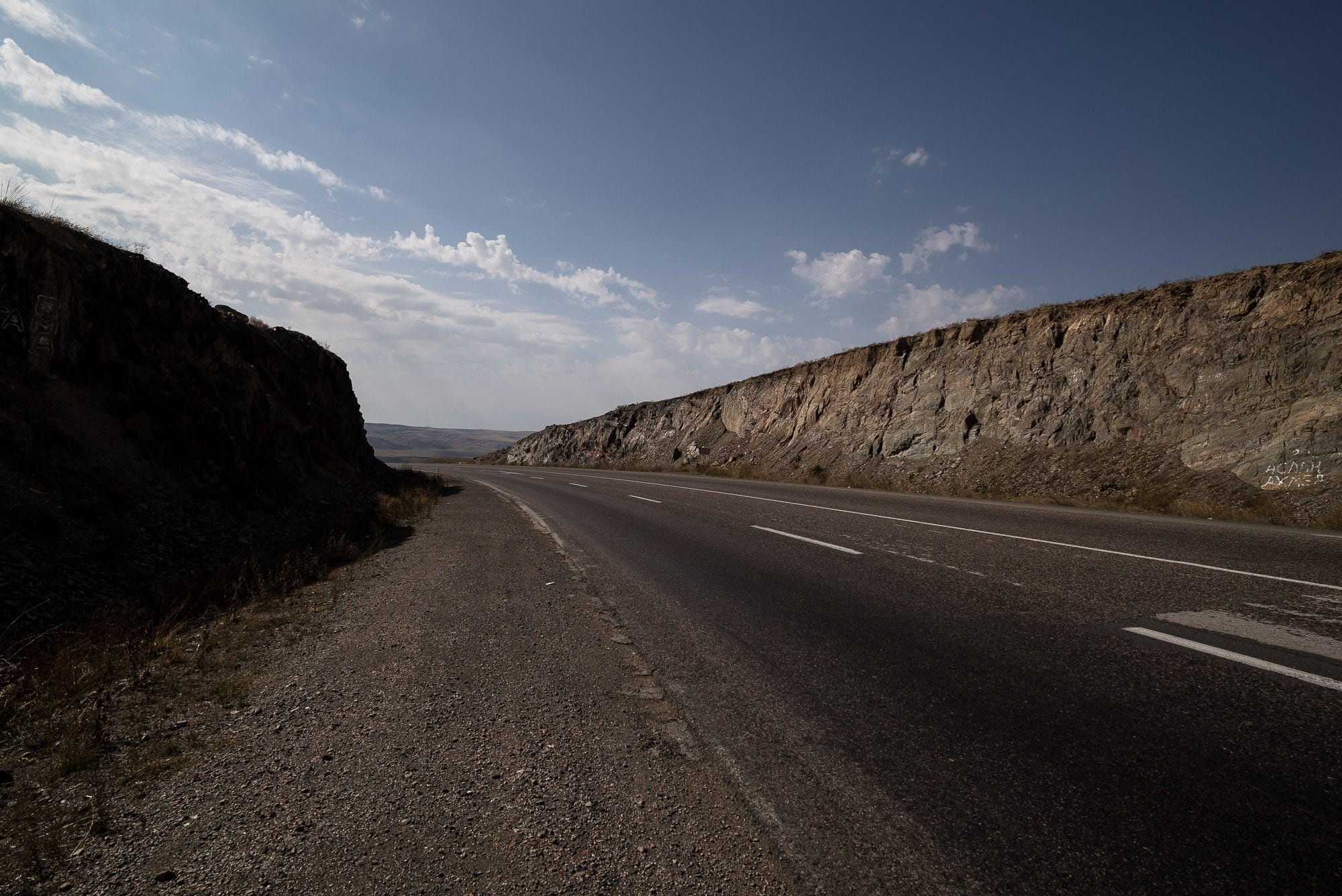 Actually it was just about as steep as the southern slope that I had come up before.

I had lunch at this restaurant that was also called Ak-Bulak, just like Nazif’s place where I had spent the night before: 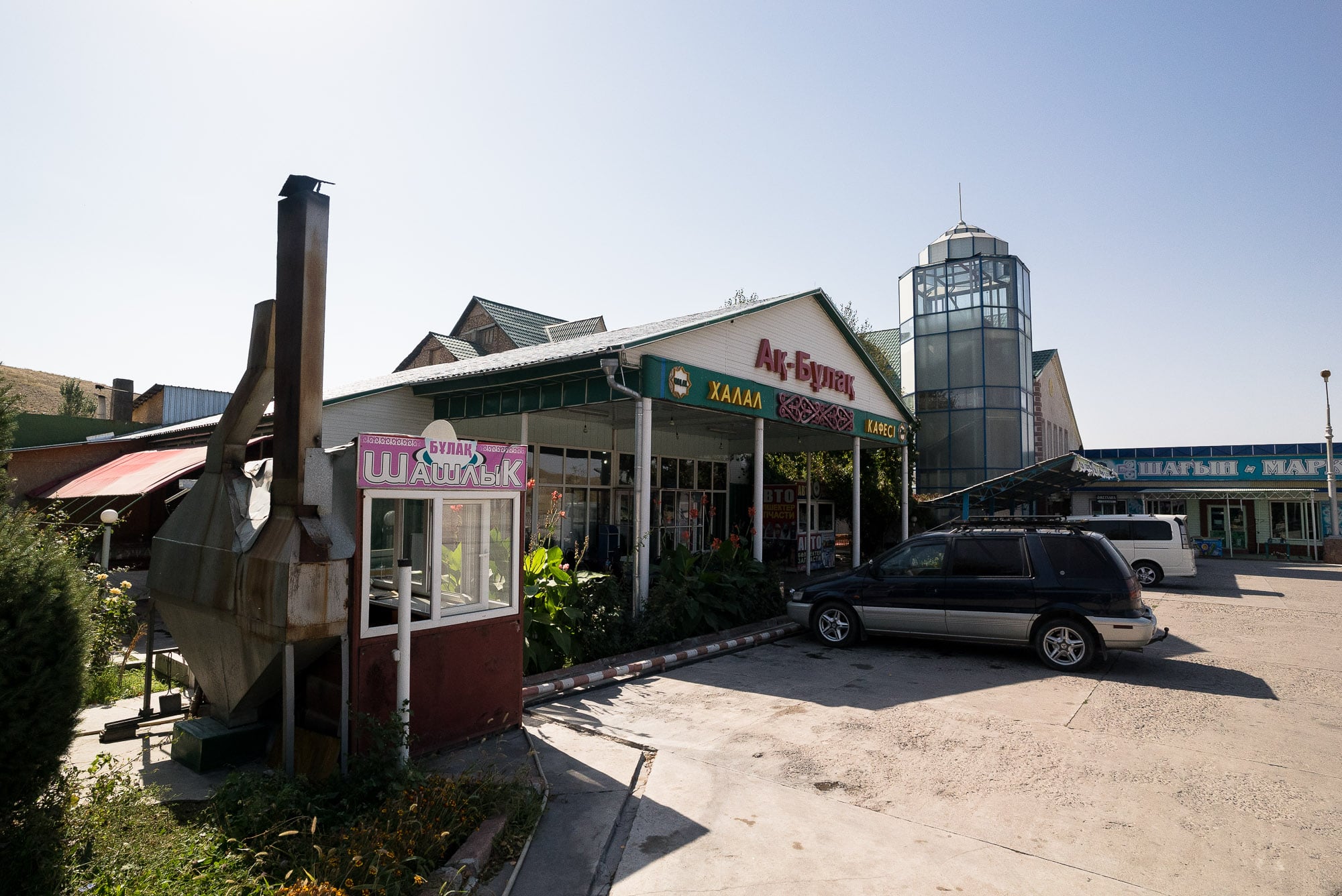 I passed a village: 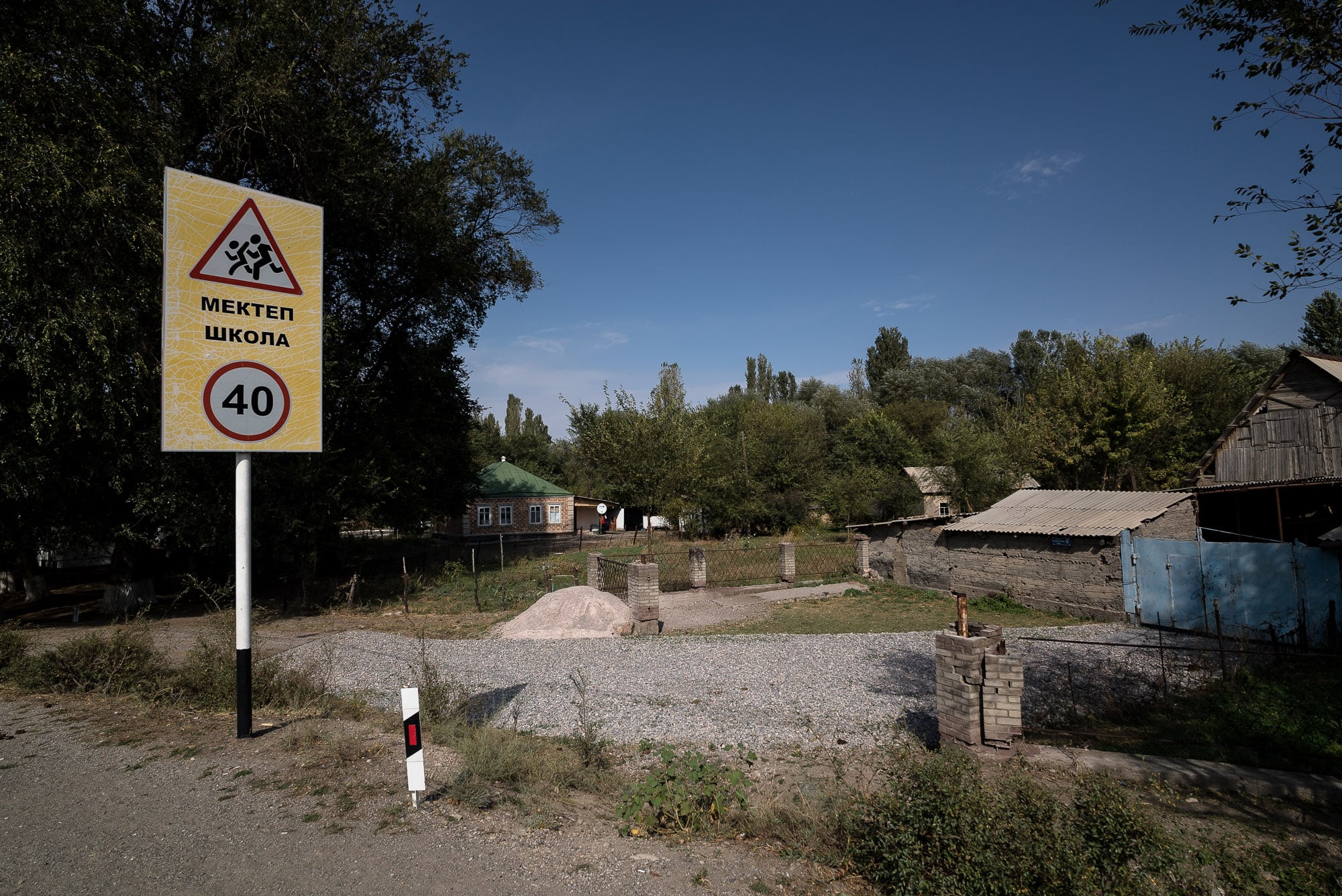 Then I saw an old motorcycle: 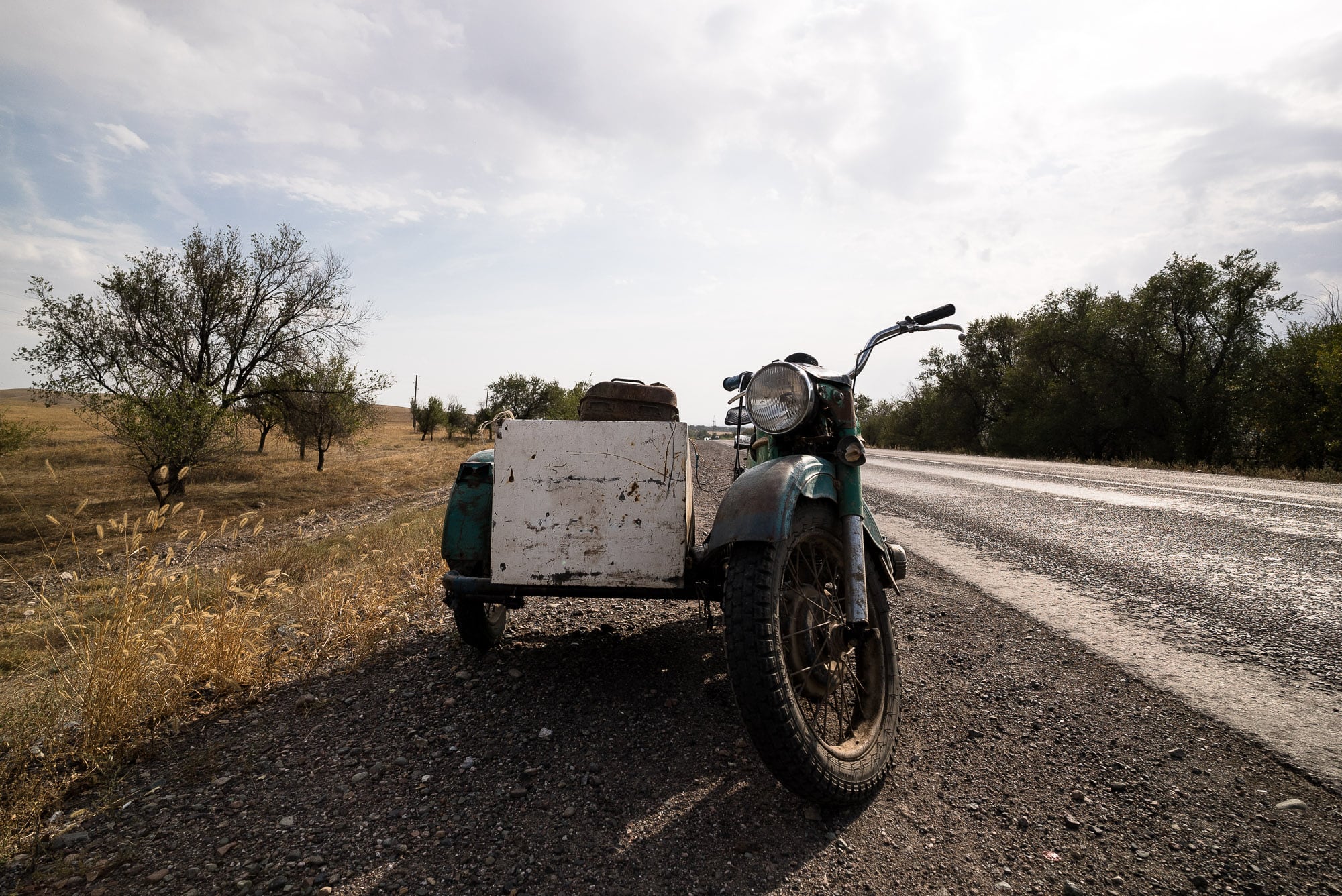 And a very tired motorcyclist: 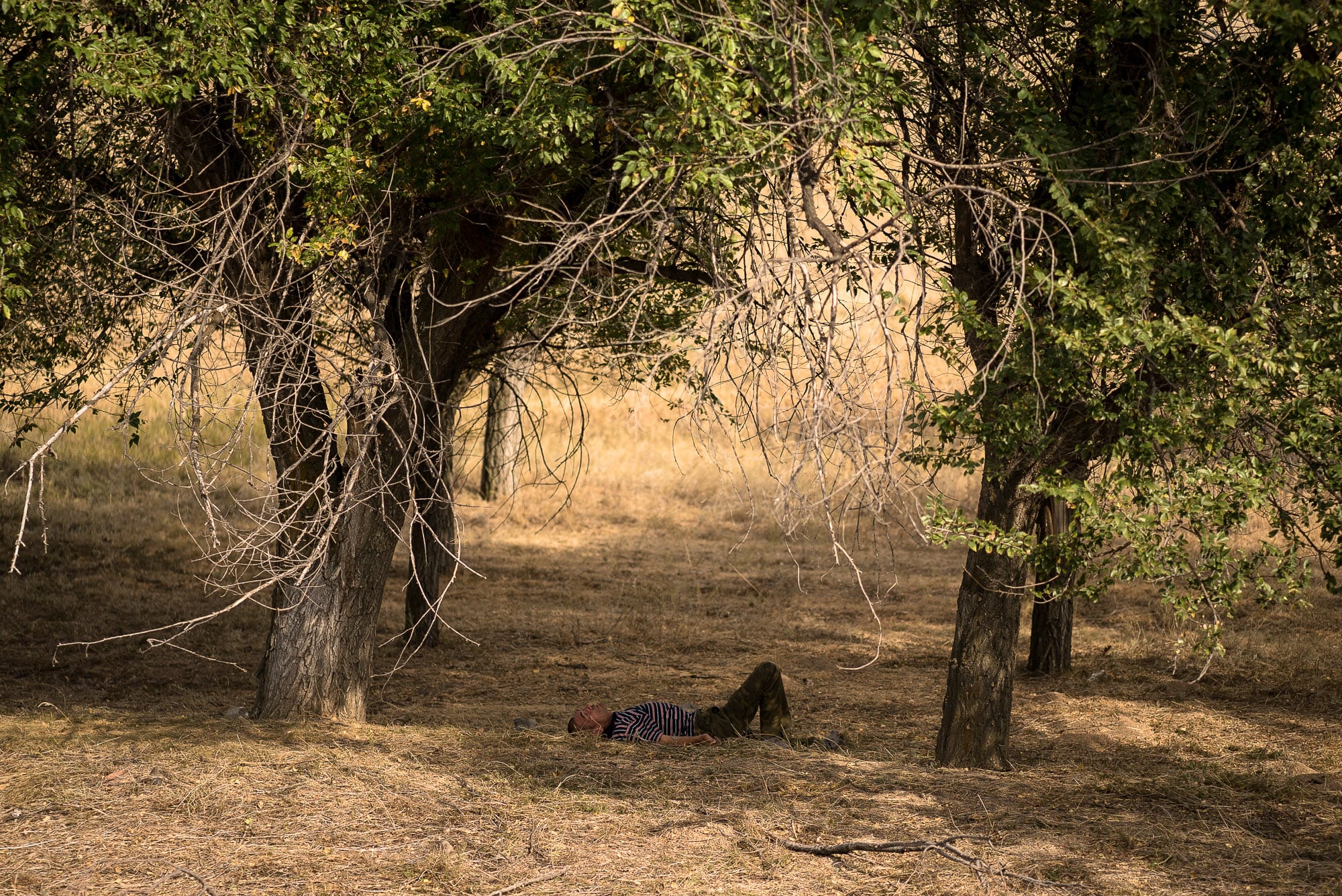 There was a sign announcing the flowers of Kazakhstan: 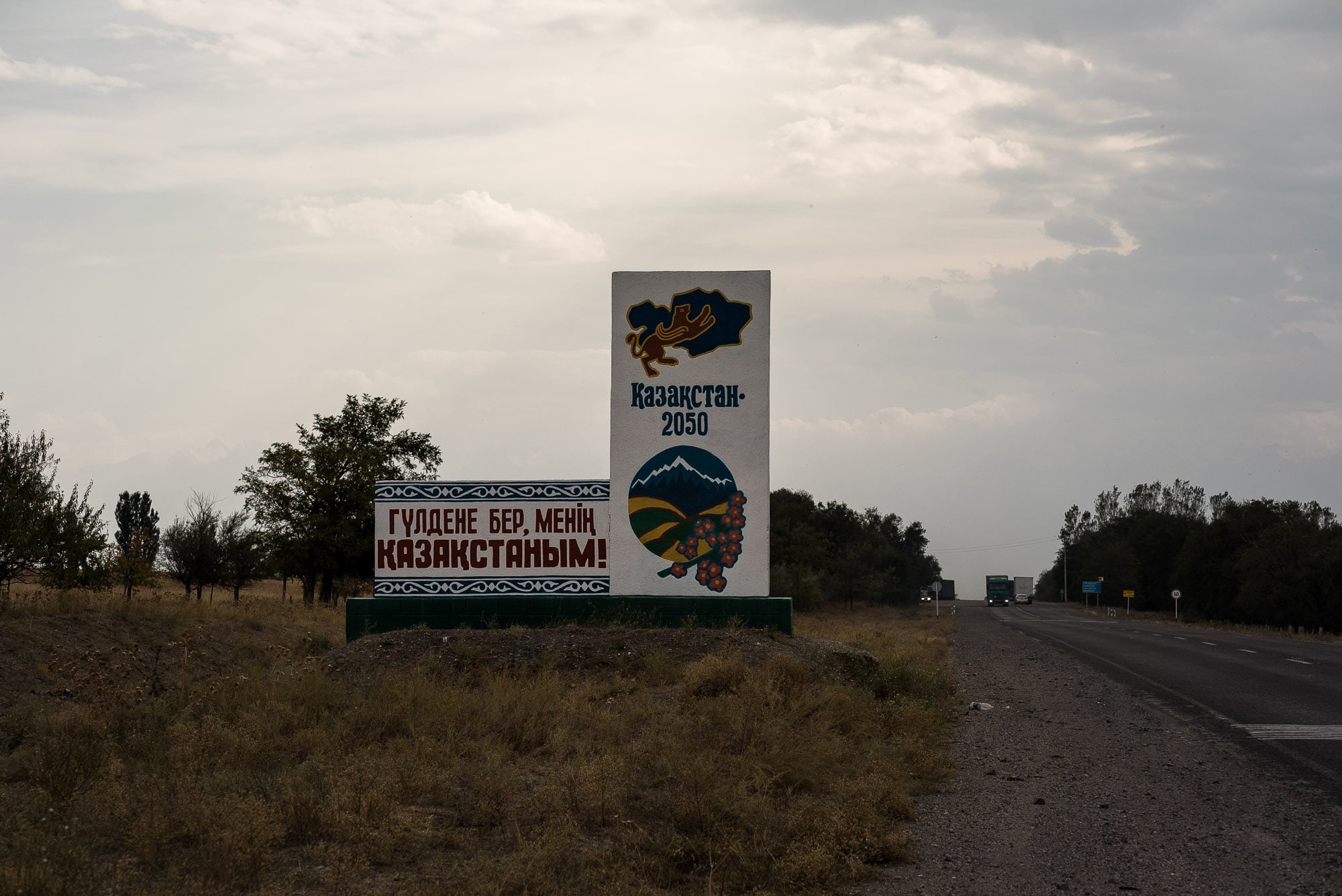 And then the rain came back: 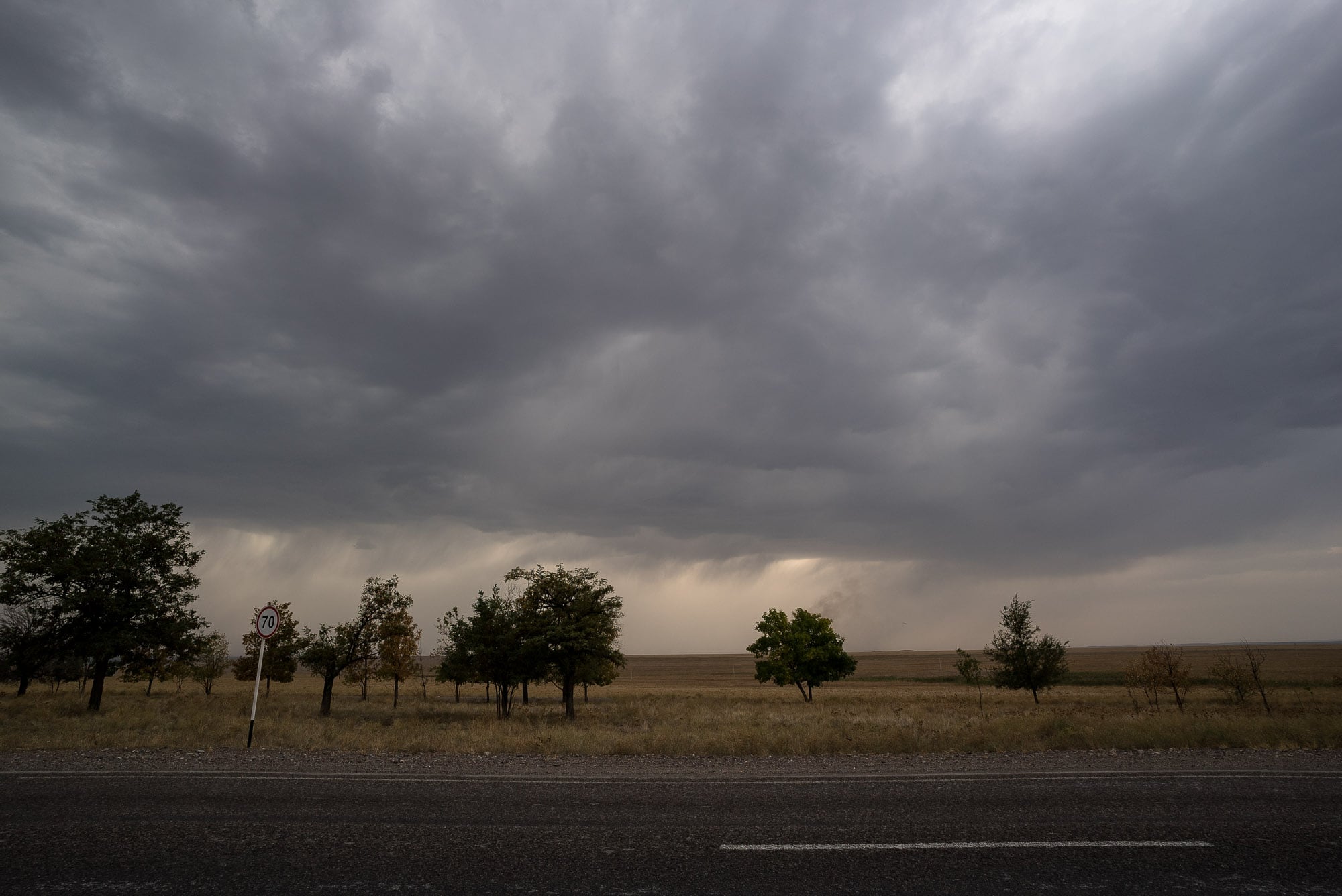 BTW, for those of us who live in the city (or in places where it rarely rains) – this is what rain looks like from a distance: 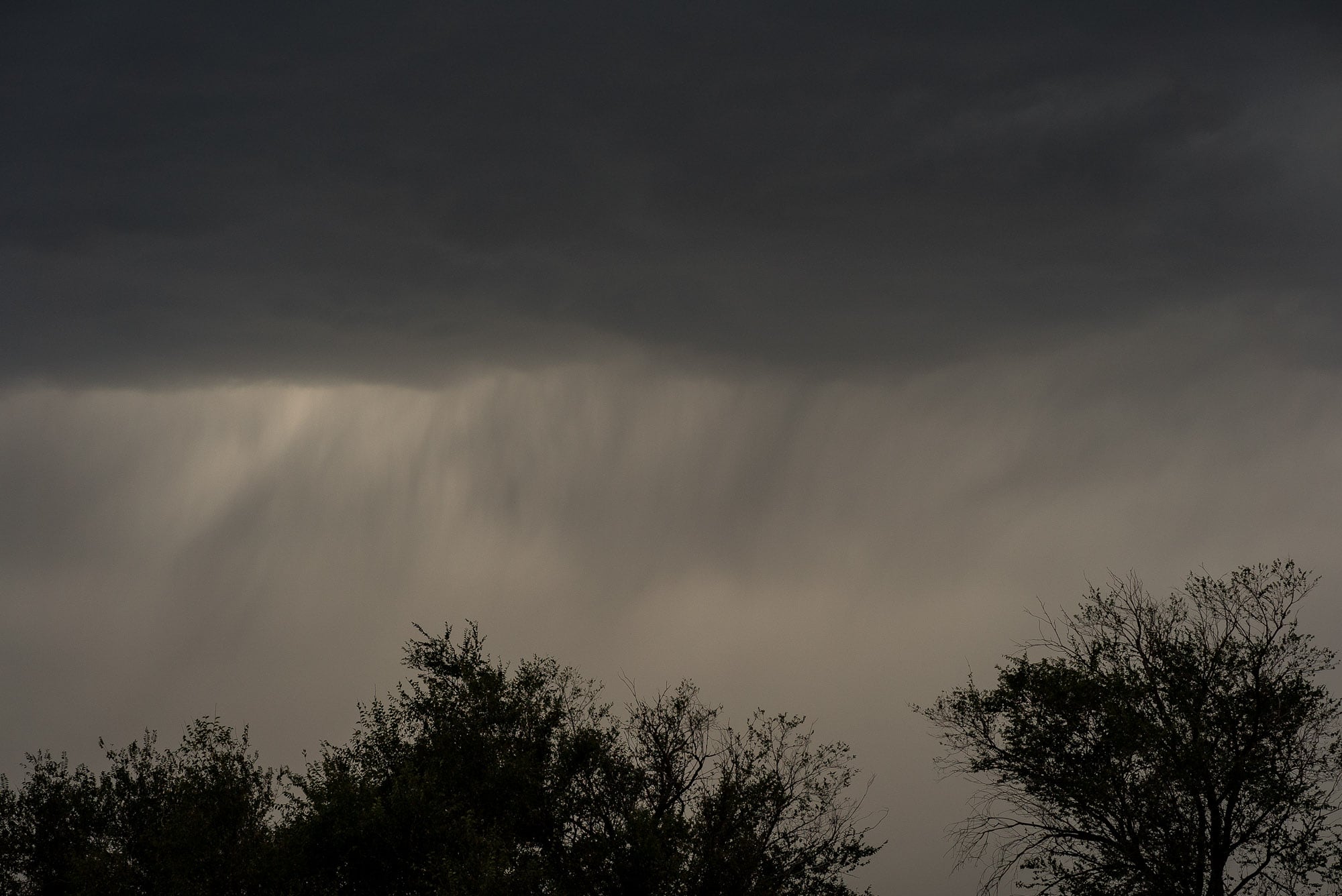 It came down pretty massively: 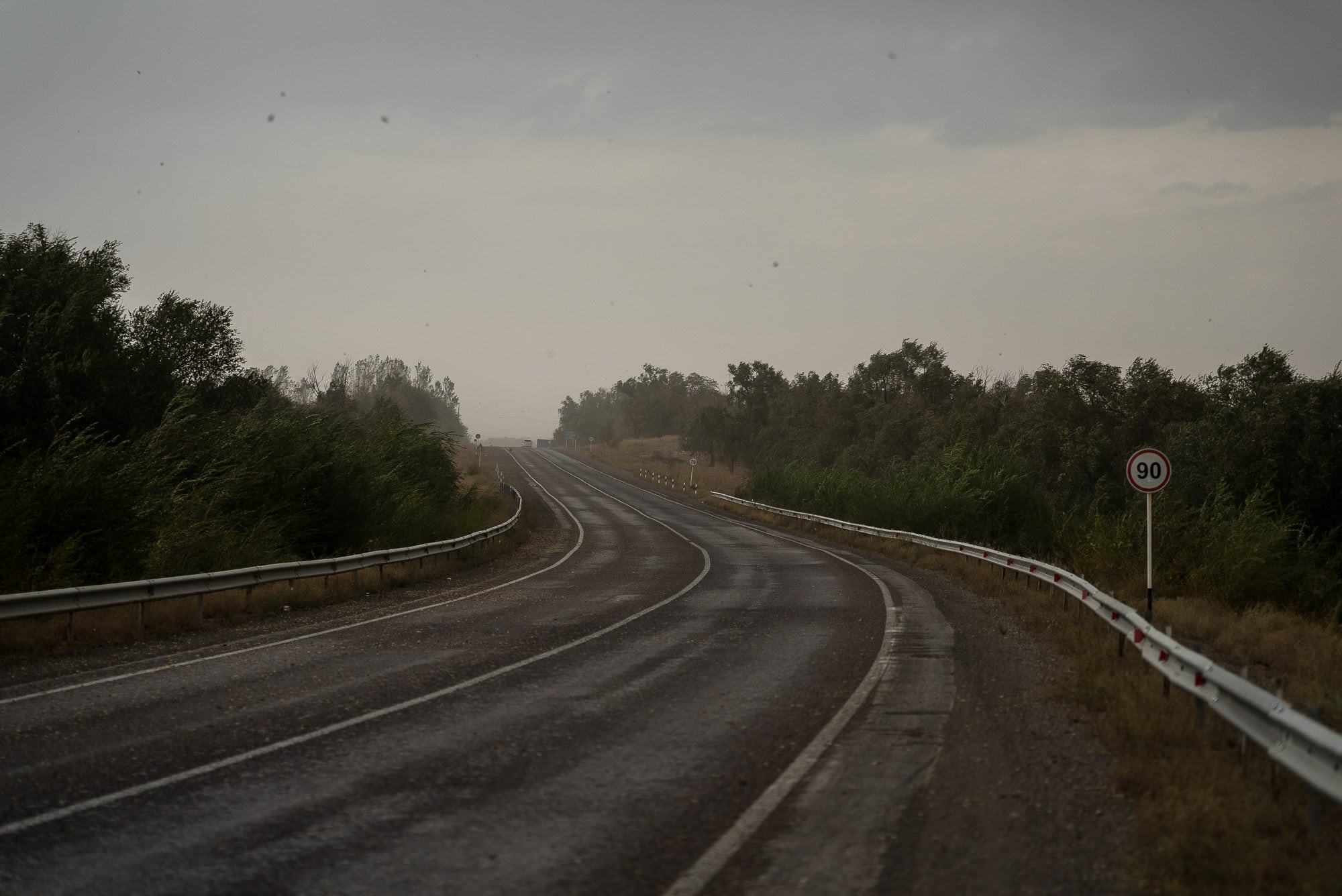 That’s when I ran into Aziz: 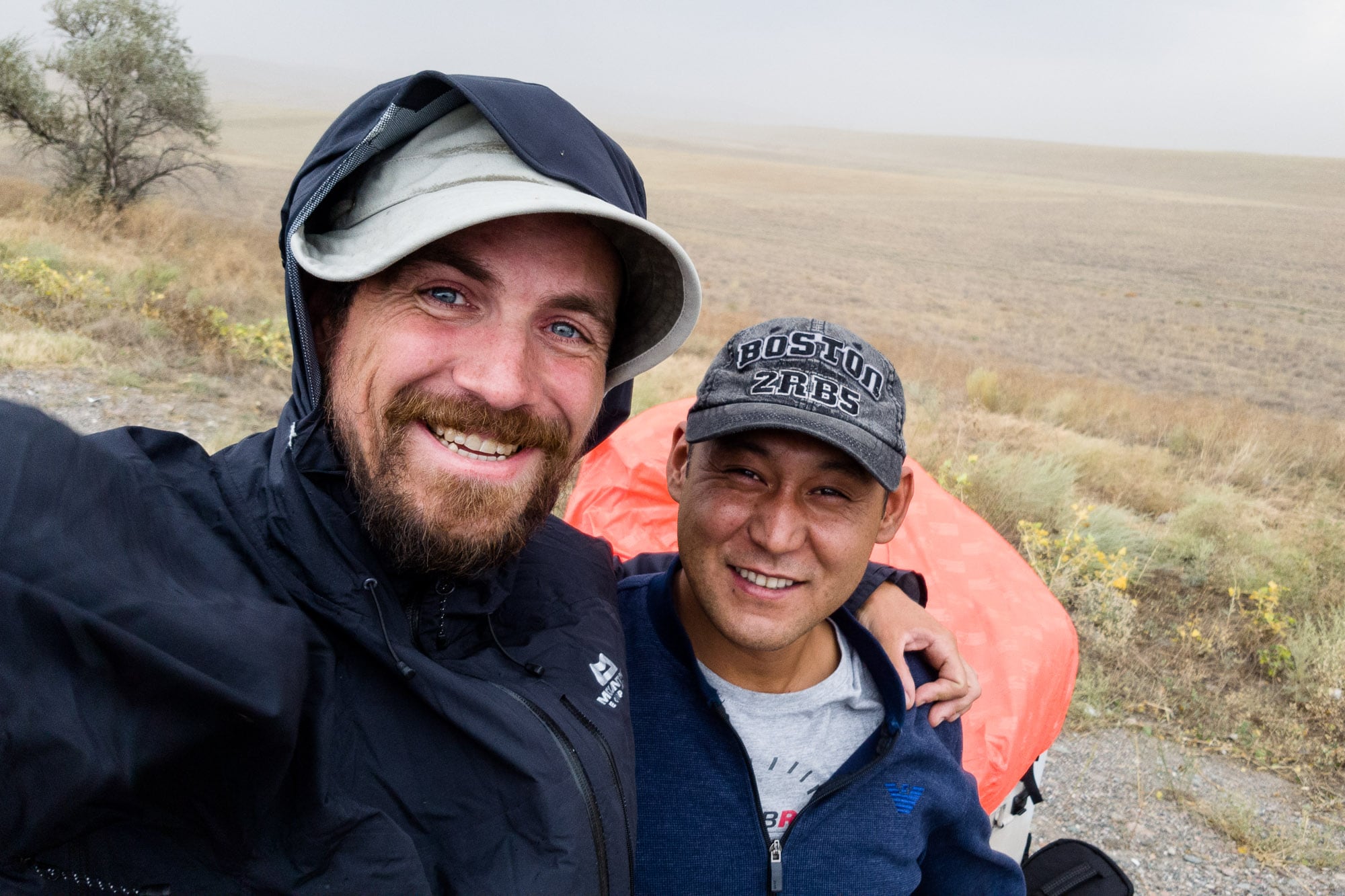 He had stopped me the day before on the road and asked me if I had seen is car’s license plate. He had lost it somewhere, but alas, I had not seen it.

“How are you doing, buddy?” he asked me.

And we took a smiling picture together.

It was true, though. I was really having fun:

I mean, rain can be very annoying. Especially if you have to go somewhere and you don’t want to get wet. If you’re in a business outfit, for example, then rain is going to suck big time.

But if you accept the fact that rain will get you wet, then you can actually have a good time, no matter how heavy it comes pouring down. You can even pretend you’re at some sort of Disneyland, where every truck splashing you is just one of those stupid rides that you have waited for so long.

Then the rain stopped and the air had that post-rain freshness that is so nice: 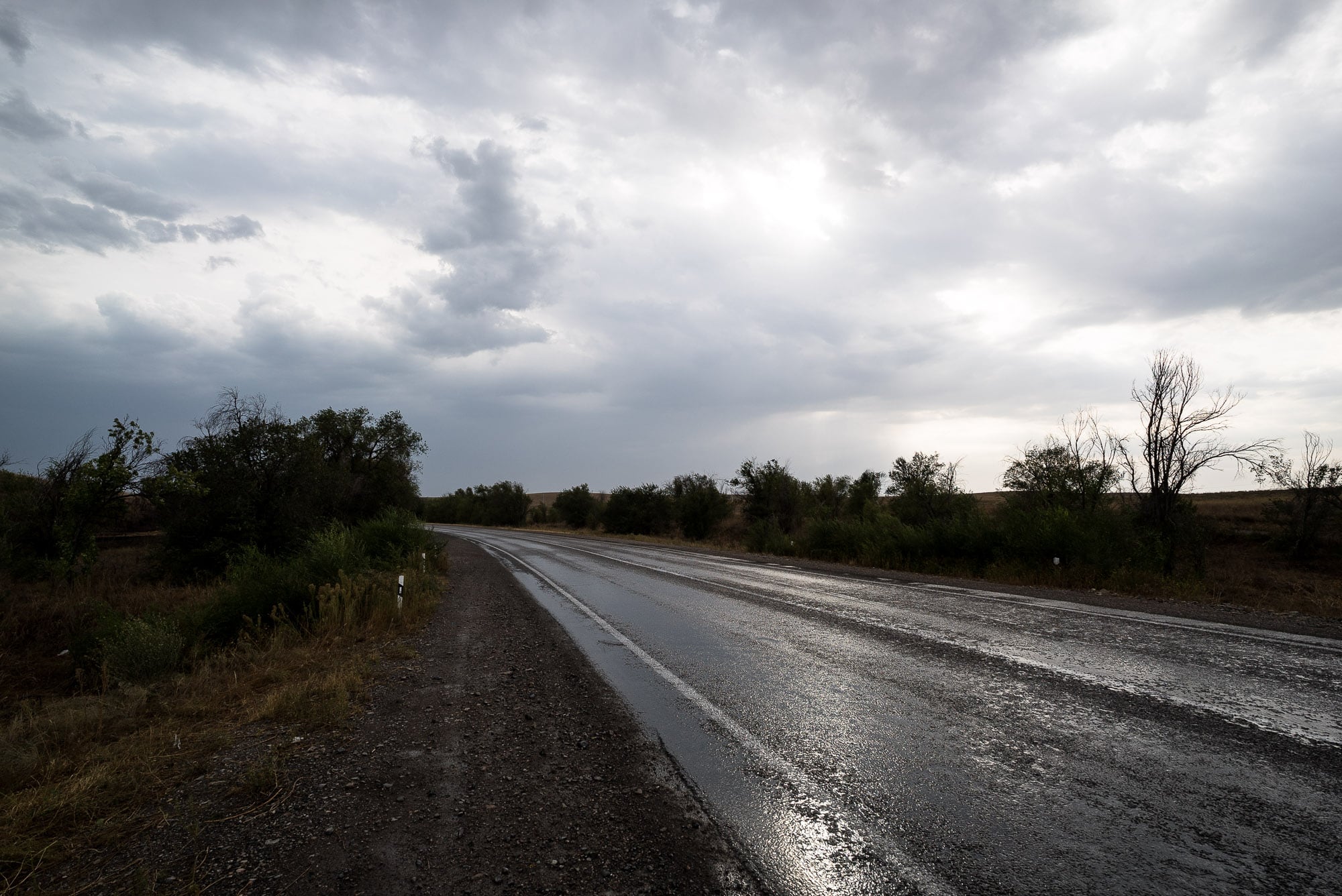 It didn’t matter. We were about to arrive in the border town of Korday anyway: 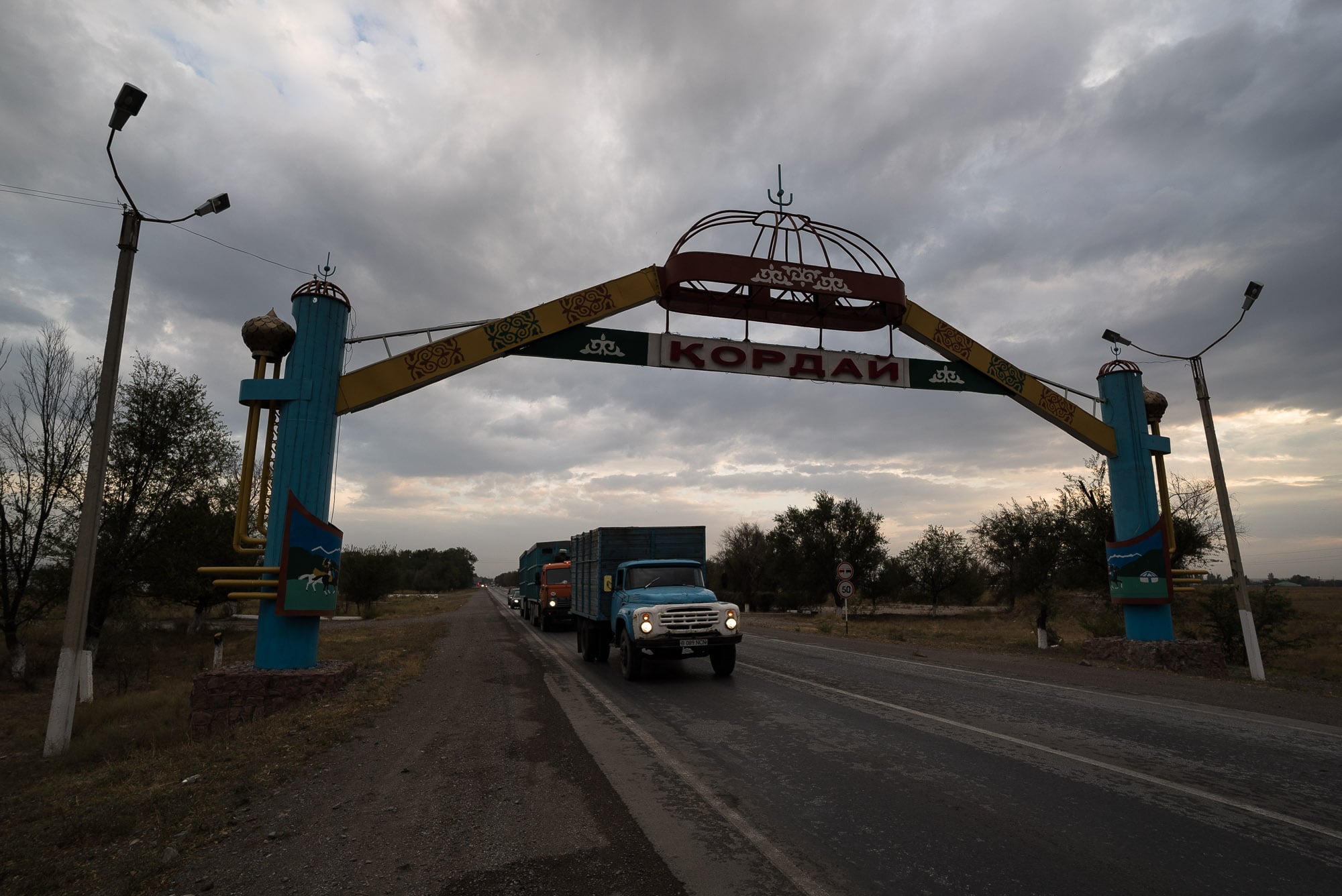 I ran into two marshrutka guys who had taken me to Almaty a few days ago: 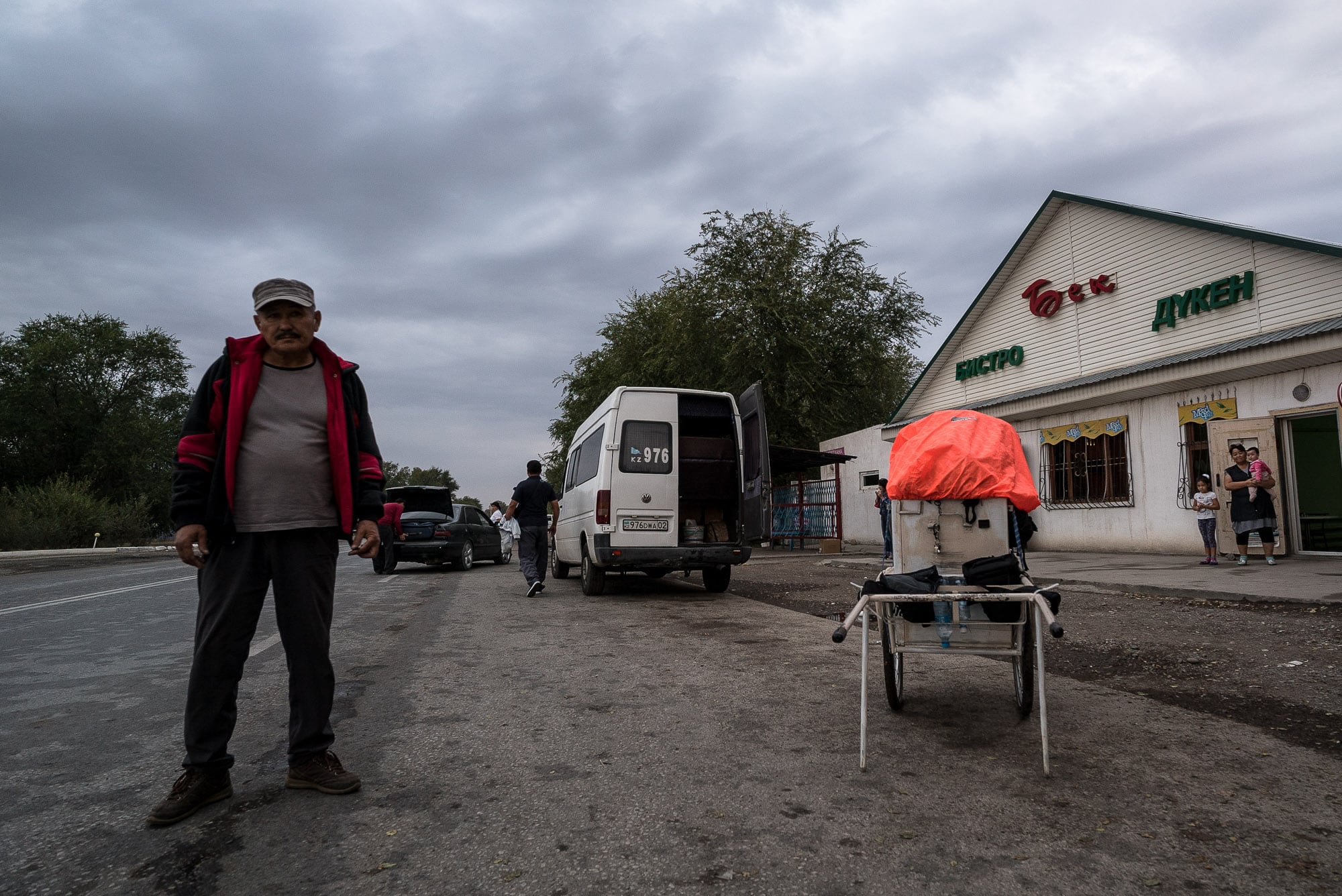 I was happy to be in a settlement.

Apparently there was some sort of drug-prevention campaign going on: 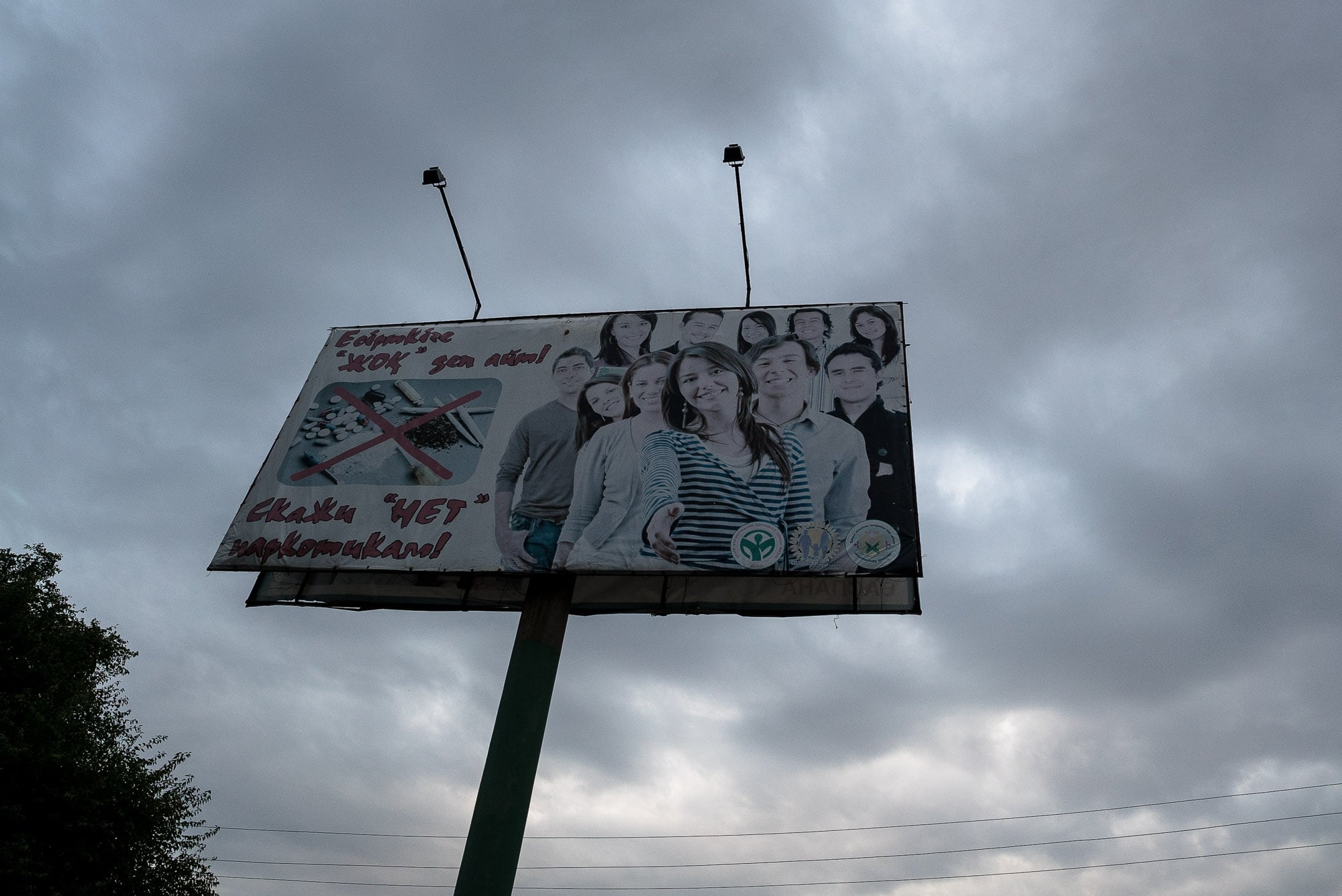 I figured that border towns often had drug problems. And that anti-drug advertisements seemed to be equally naive wherever I went.

In the end I decided to heed the call and not take any drugs. Instead, I got a nice hotel room that was right next to a massive bet shop: 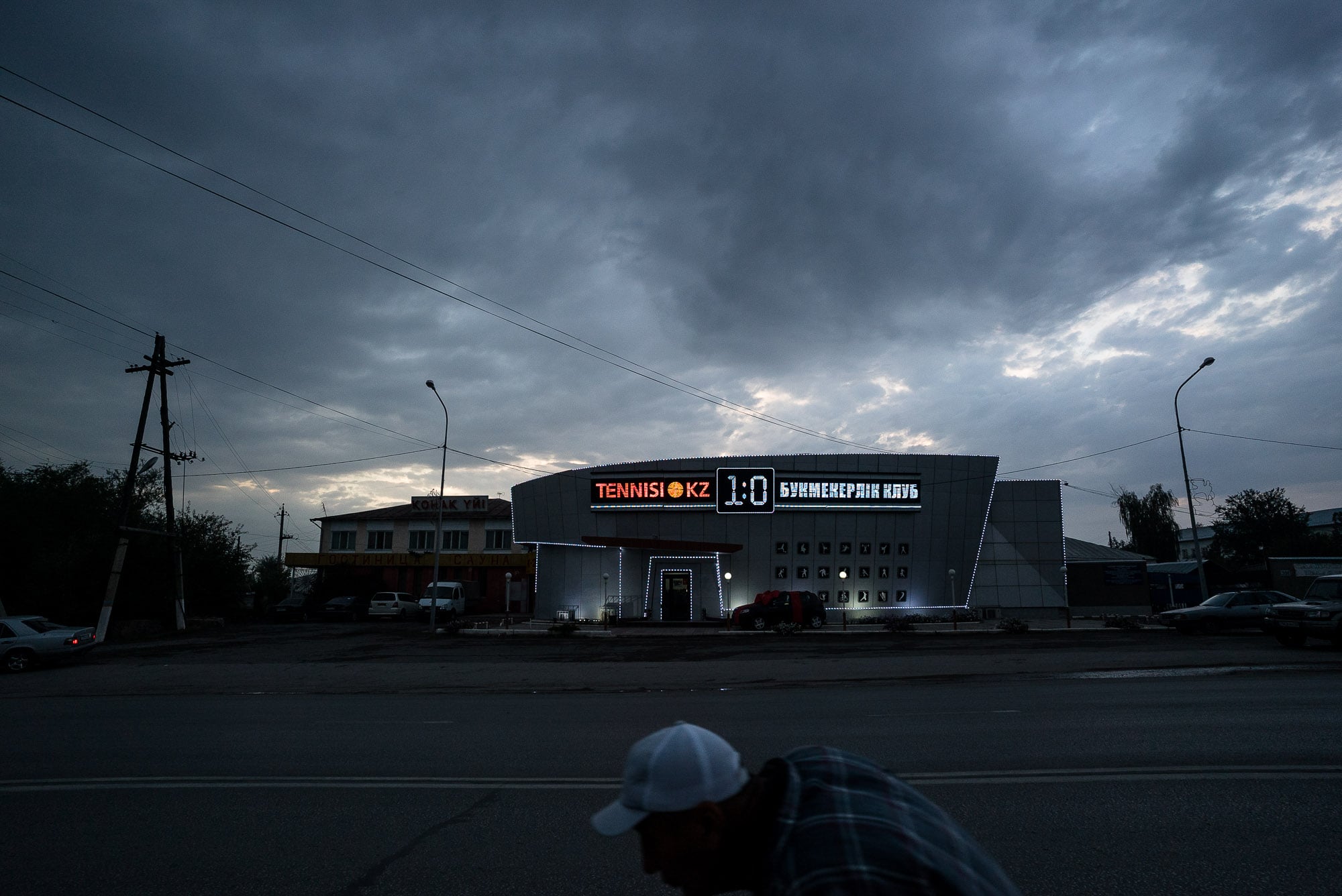 Then I got manti dumplings for dinner: 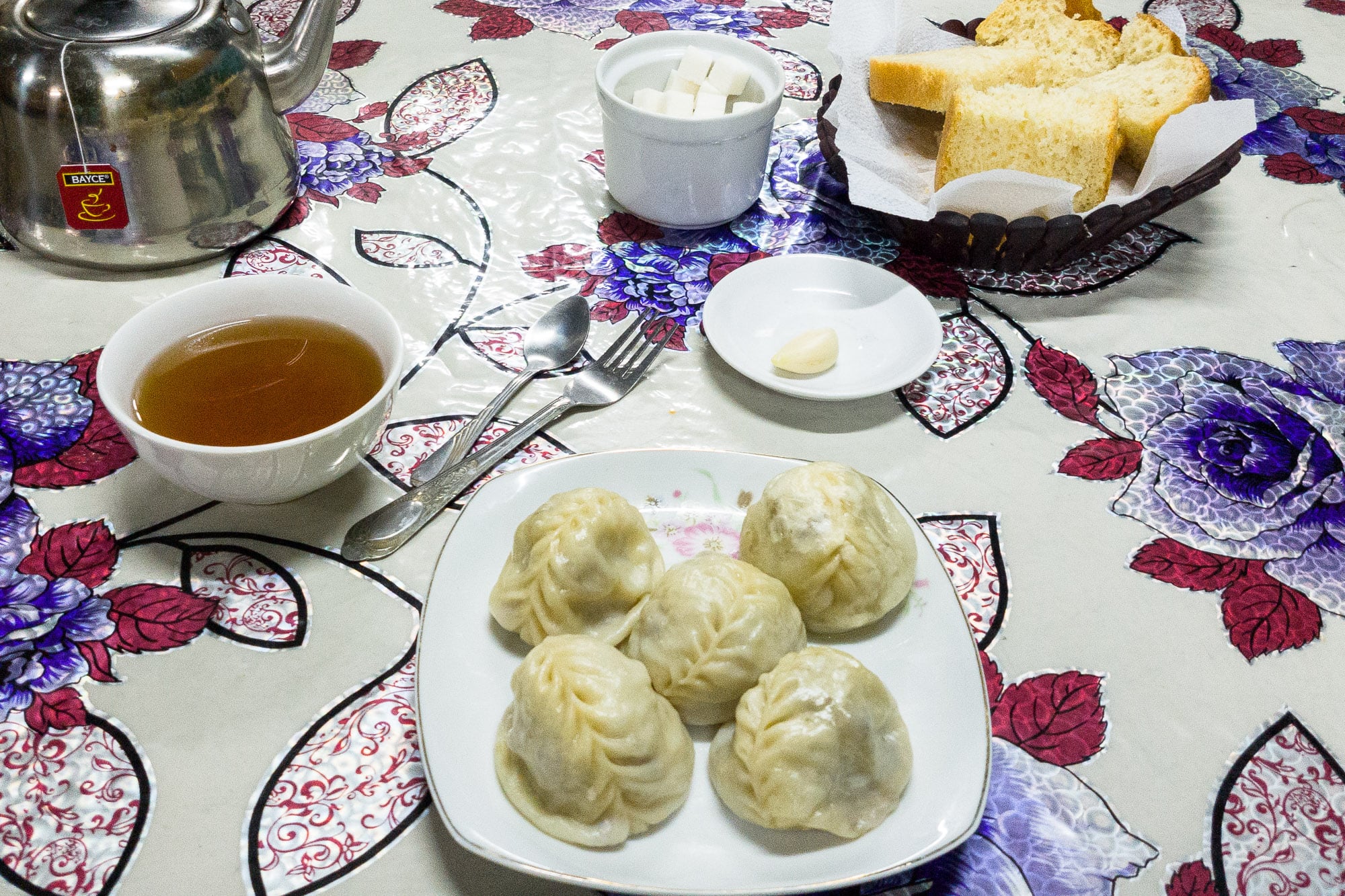 And then I sat down and checked the footage I had taken over the last three days. This was when I realized that most of the videos I had taken with the Osmo were crap, because the device had voluntarily decided to overexpose. And I mean massively overexpose.

Even the footage of my good friend Michael was unusable! 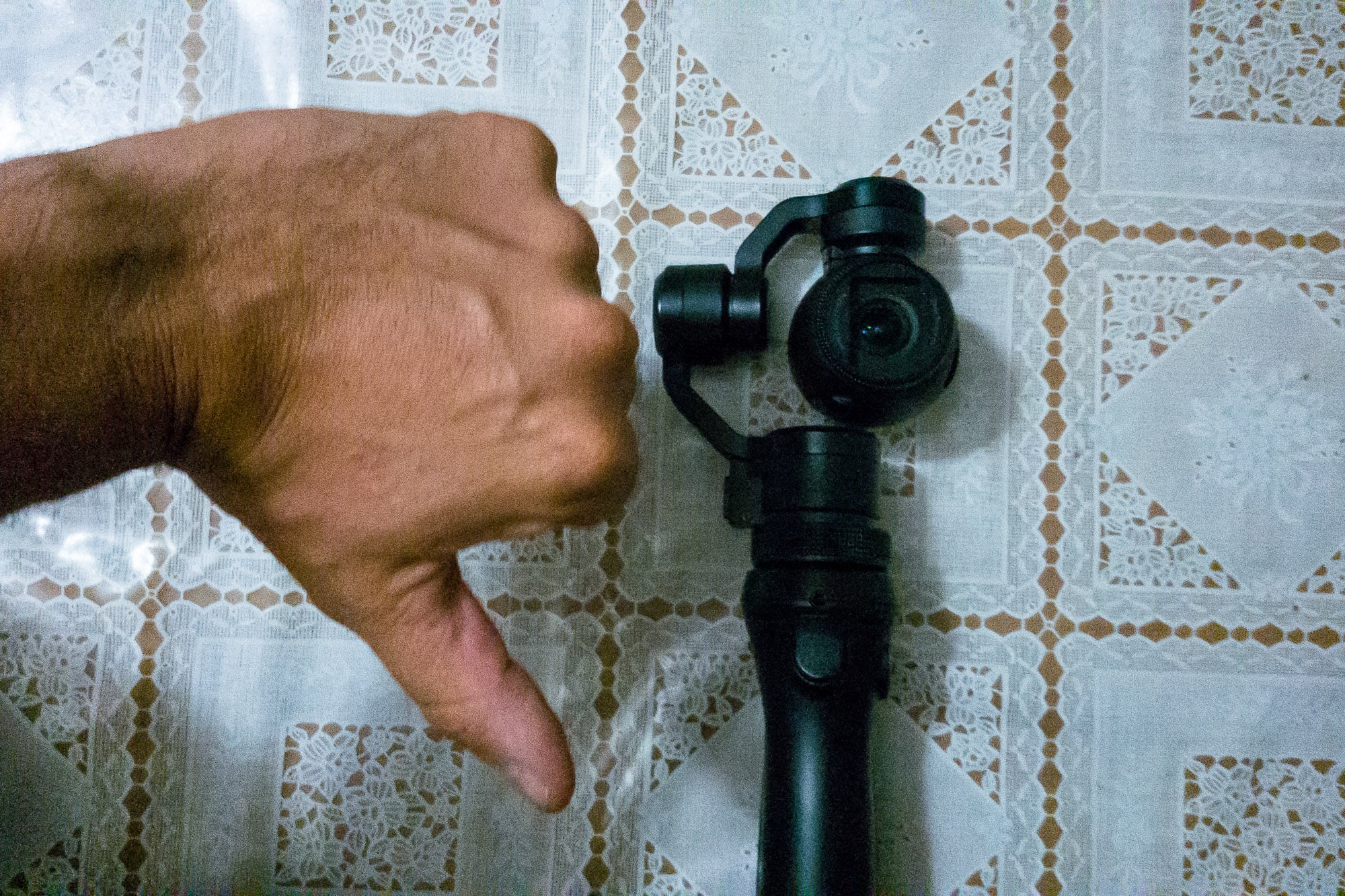 It had been such a good day.

But I was a bit sad now.

Day 518
from thunder hill to Korday