It had been such a good night: a quiet room, a hot shower, a comfy bed. I almost didn’t want to leave.

But leave I did.

The Caboose had been staying out here, in the backyard of the hotel: 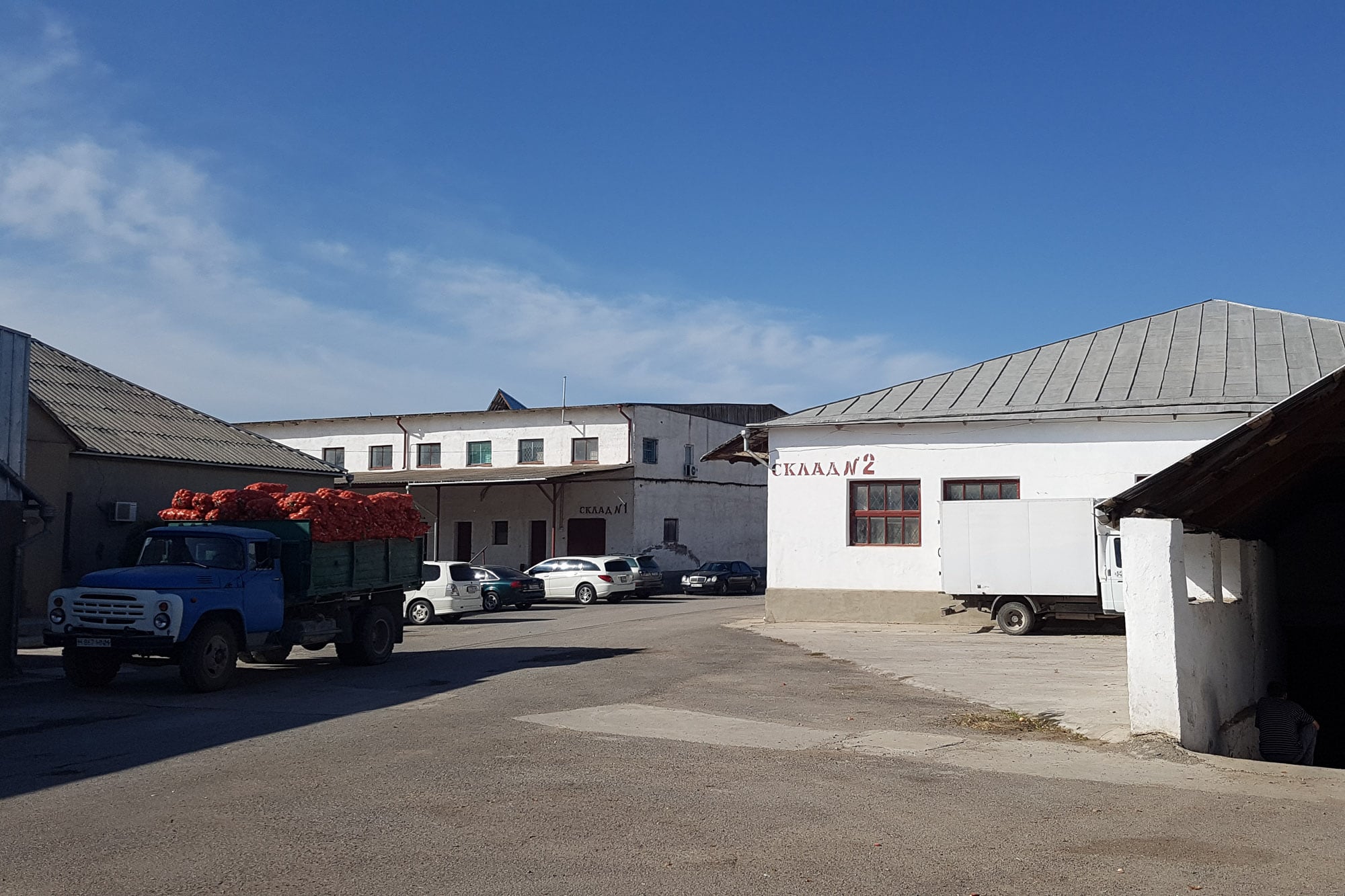 We made our way through Korday, the border town.

It had a movie theater: 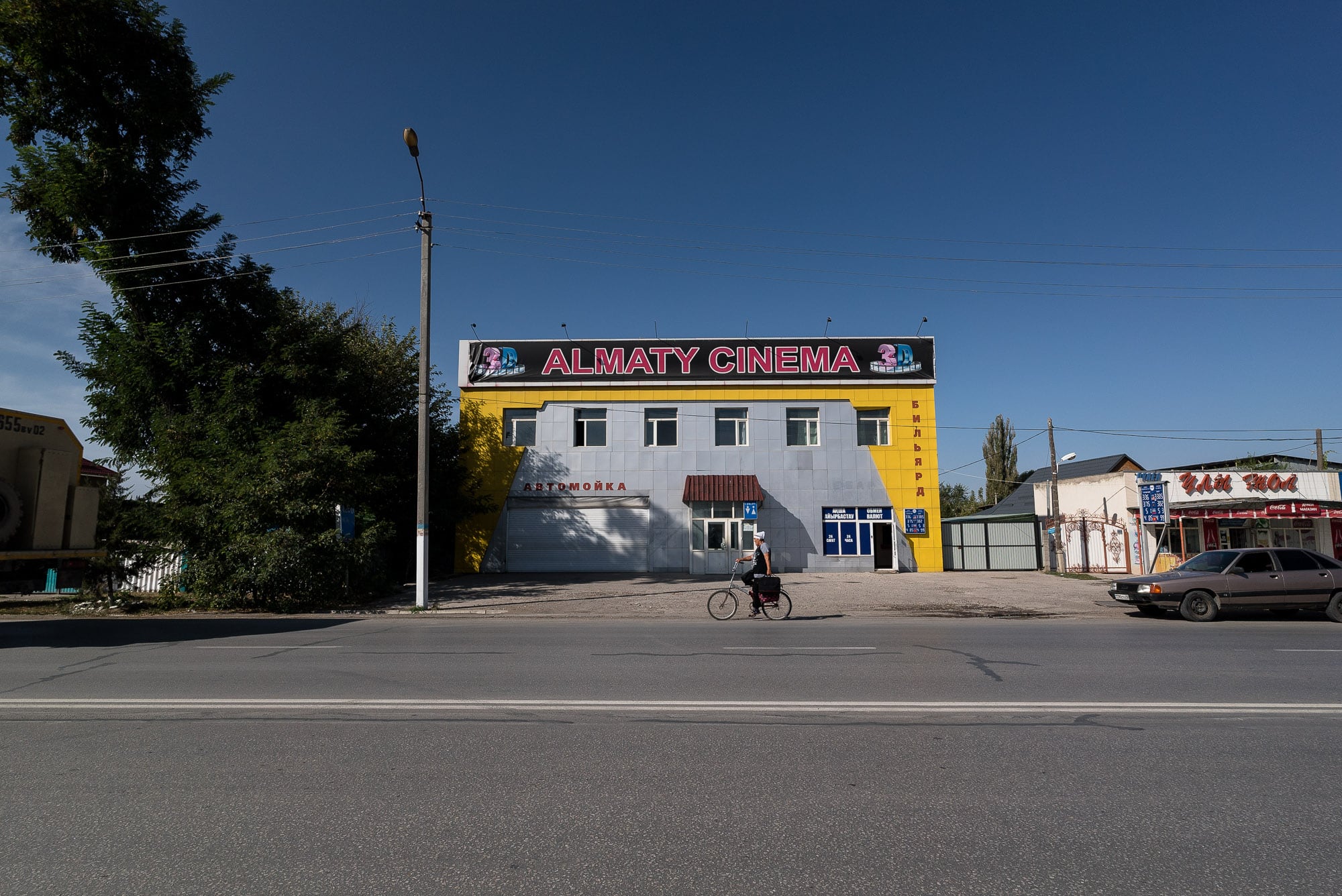 It had ladies who were selling Shoro, the favorite drink of Kyrgyzstan: 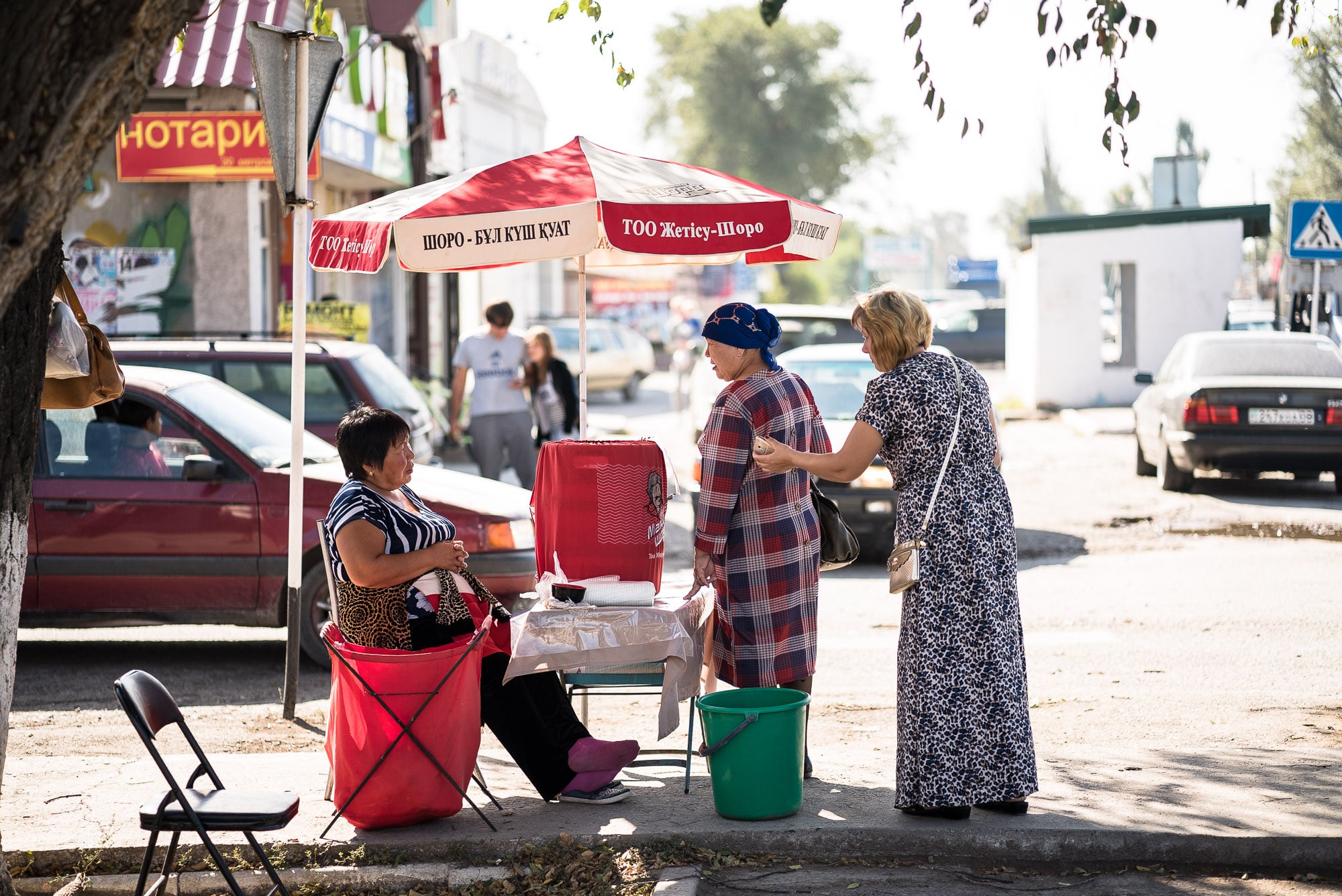 It had a stretch limousine: 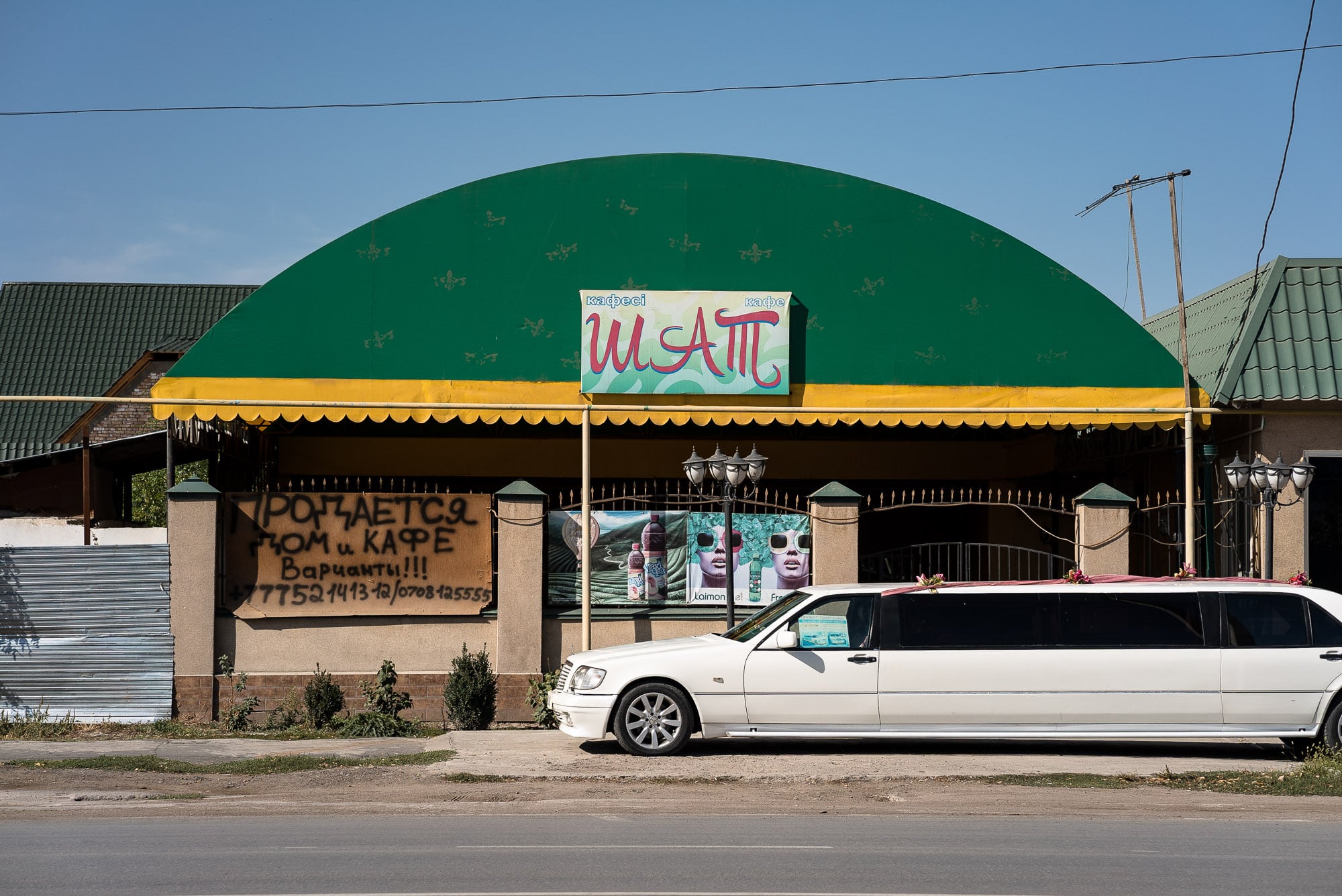 And it had dozens of little shops: 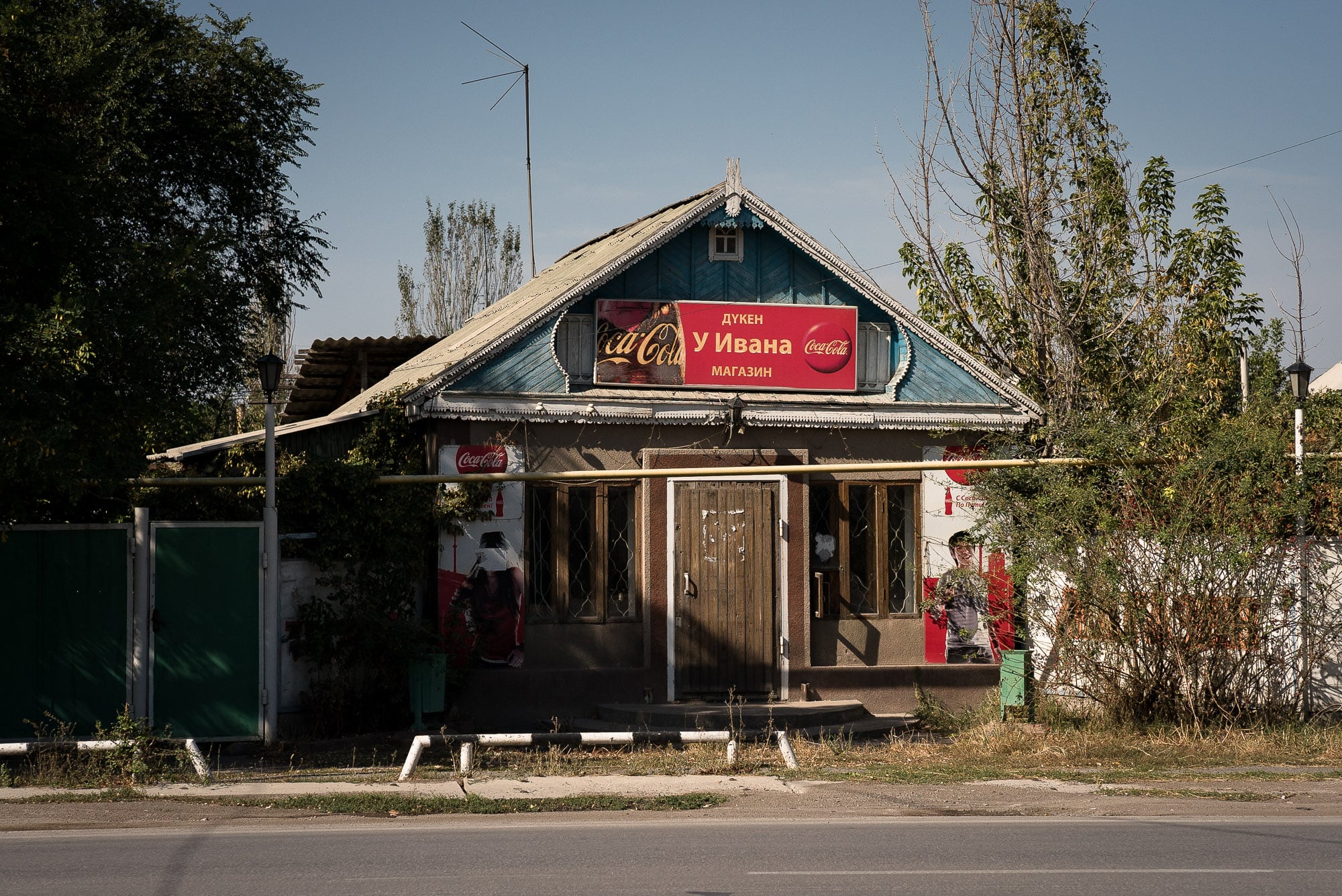 Then we reached the border: 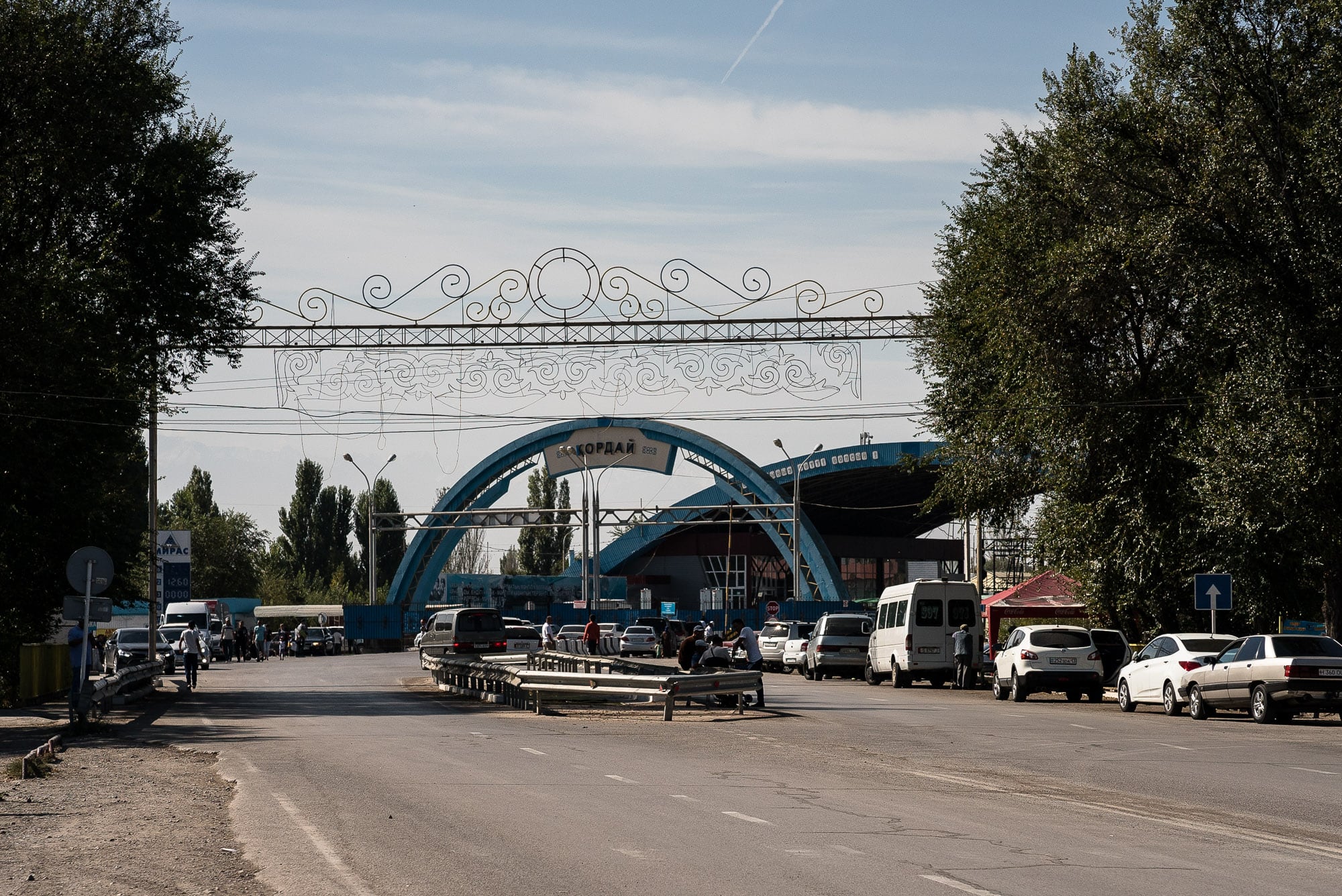 It turned out to be a bit complicated.

I had to talk to this person and that person, show my passport here and there, make a joke for this guy and laugh at the joke of another guy, and I had to open the Caboose a bunch of times and declare that I didn’t have any weapons with me.

But eventually, we got through.

I decided to give the Kazakh border guards one of my books in Russian, because some of them had been very helpful at the beginning of my visa ordeal: 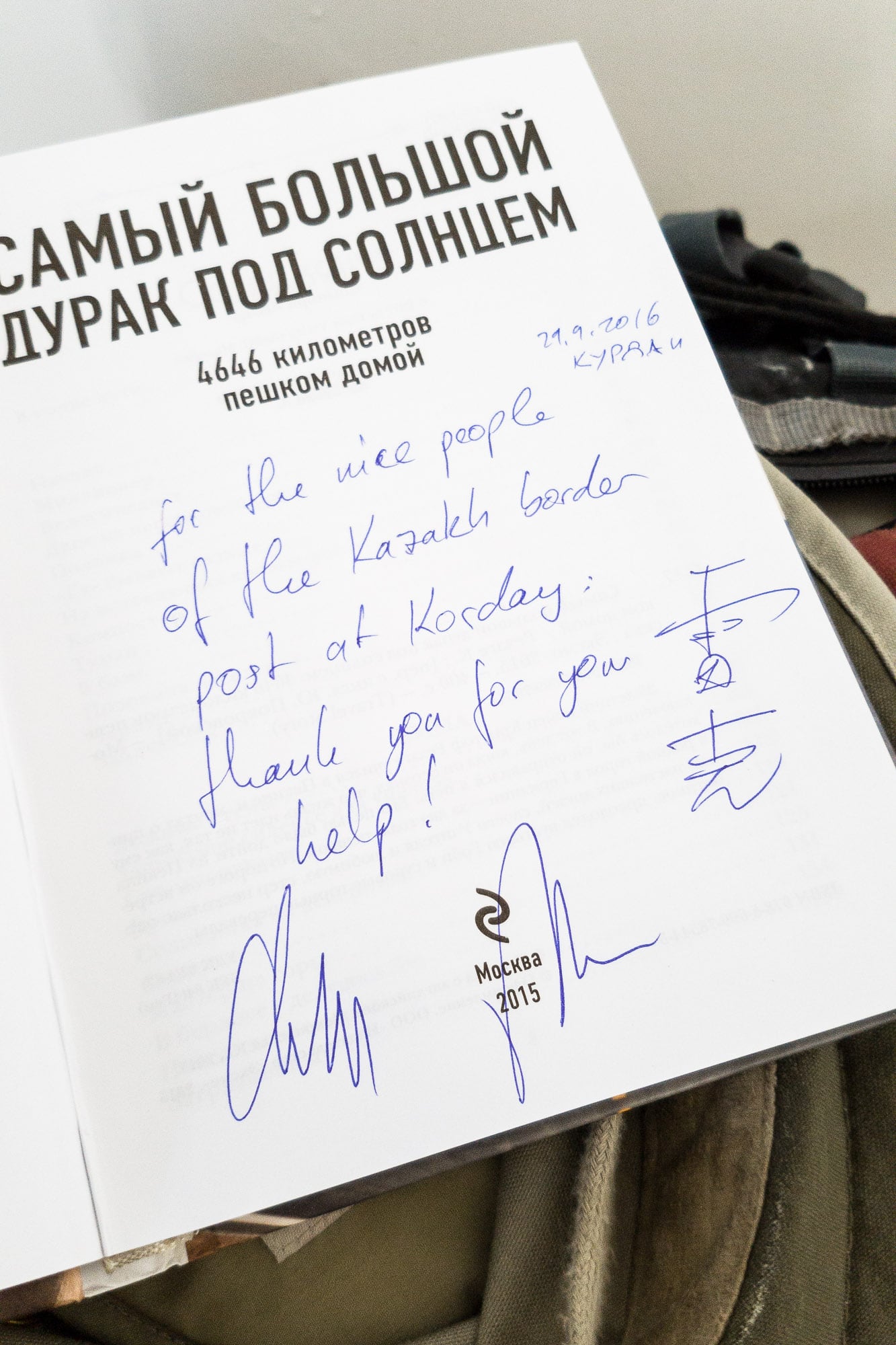 Then something awesome happened. Well, not awesome-awesome, but still pretty awesome.

The border guards told me that the Caboose and I shouldn’t be on the sidewalk. We were too big, so we were supposed to be on the road, with the other cars: 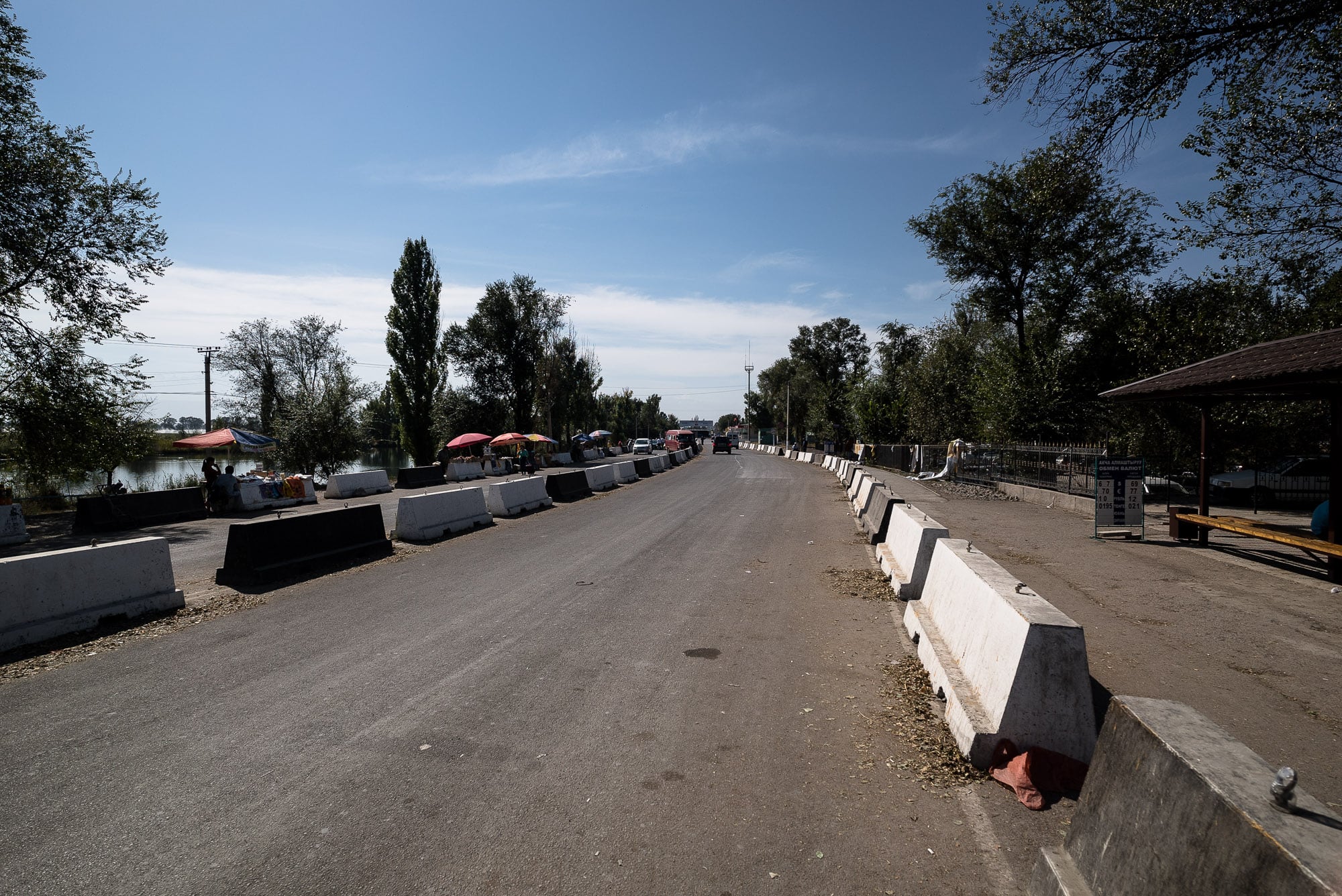 So we made our way through the border on the main road, and whenever we reached a turnpike, a guard would have to open it for us. It felt a little bit like a victory parade, at least to me it did.

Then we were in Kyrgyzstan, the third country of The Longest Way.

I found a restaurant and ordered a serving of lagman: 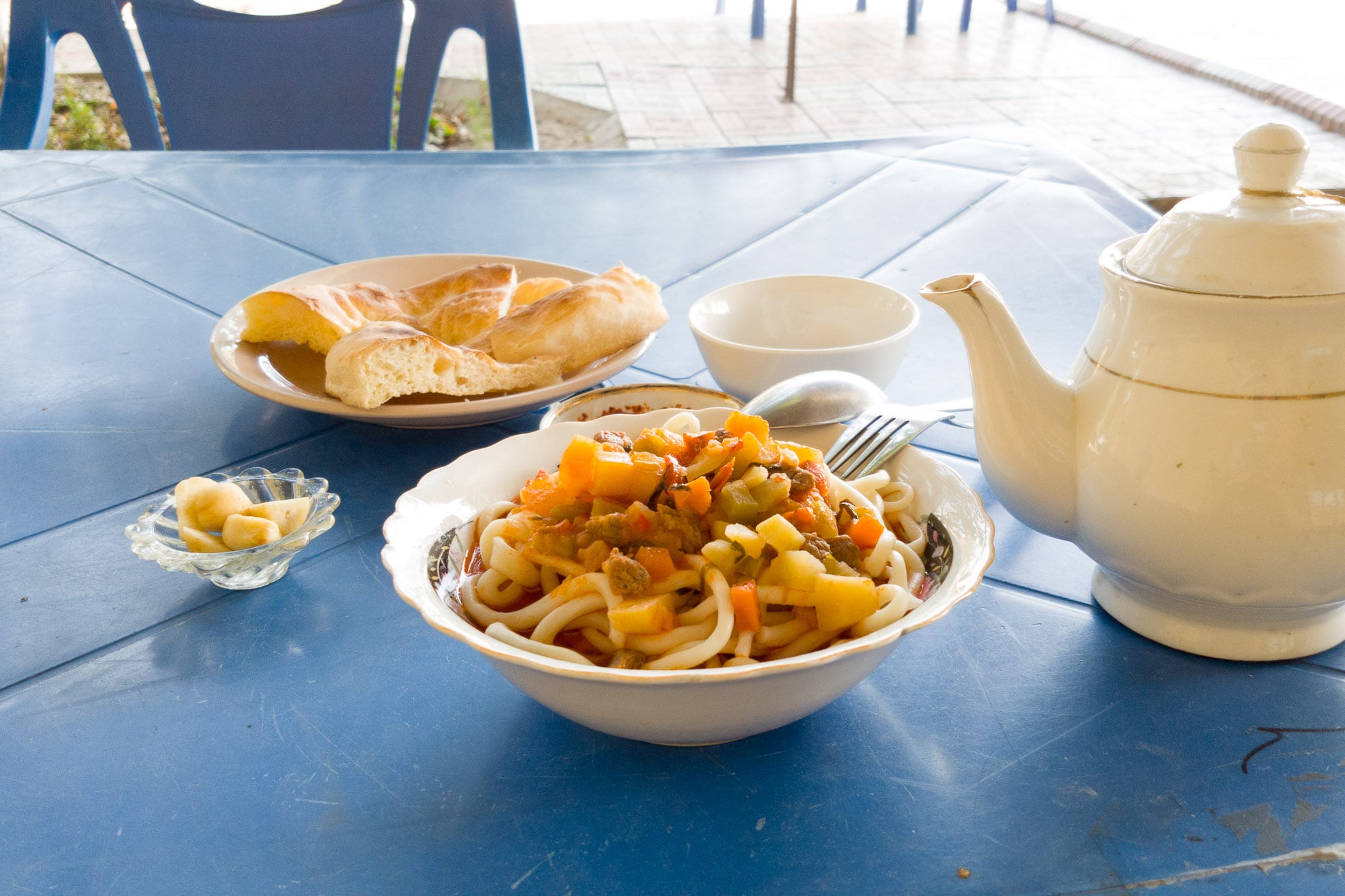 And then, a few hours of heavy traffic and NOFX songs later, we arrived in Bishkek: 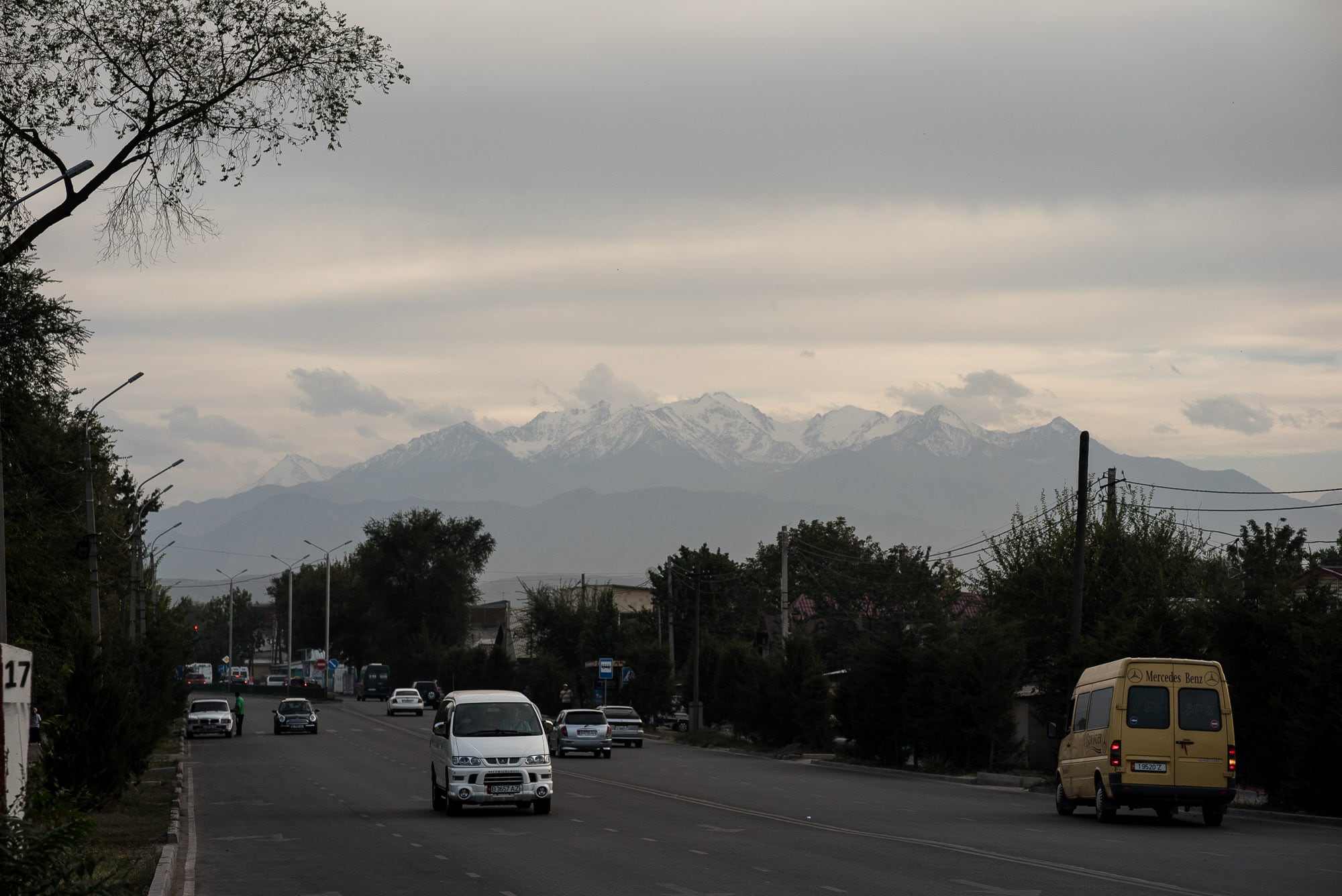 A place of tall white hats: 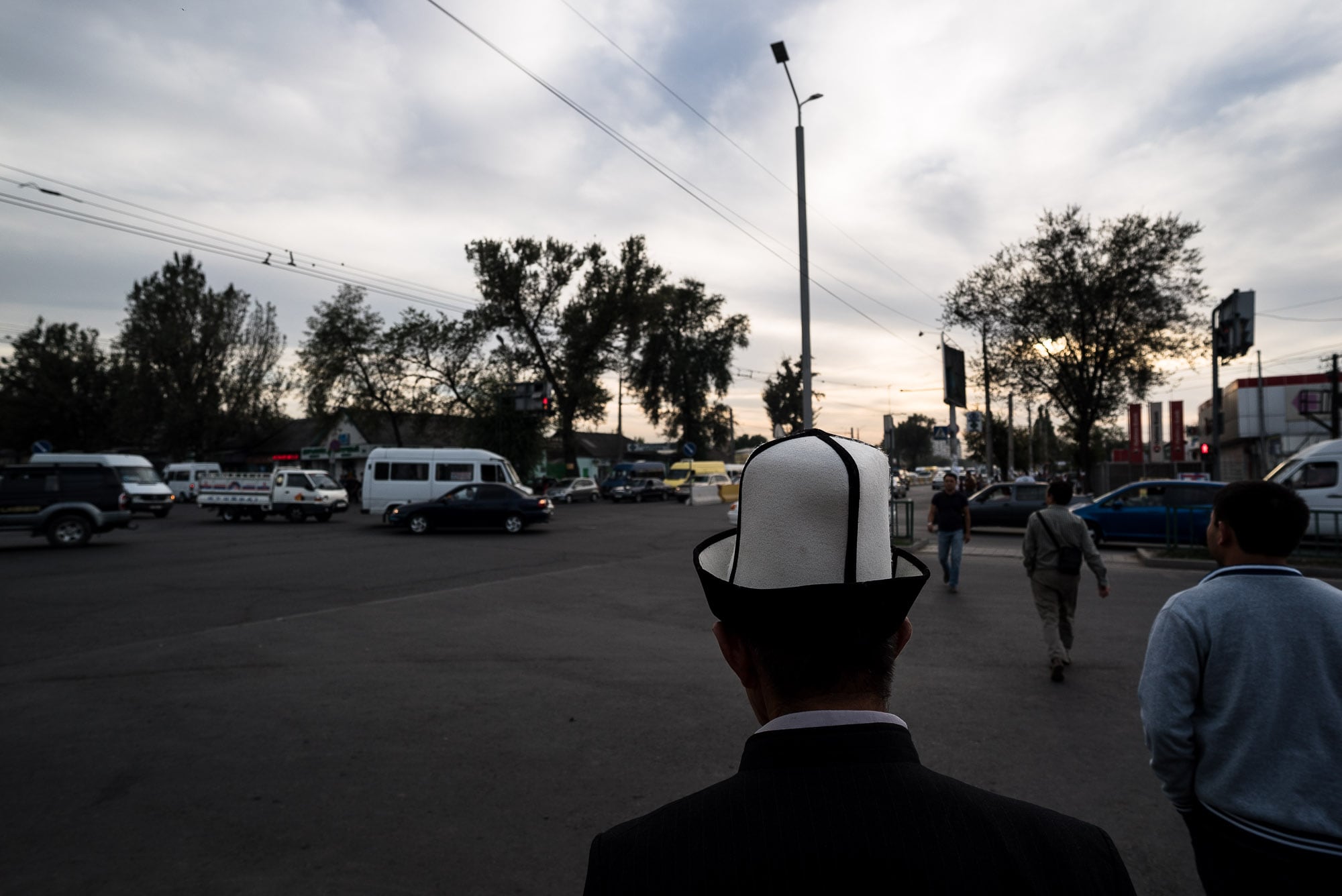 And sidewalks that were not so good: 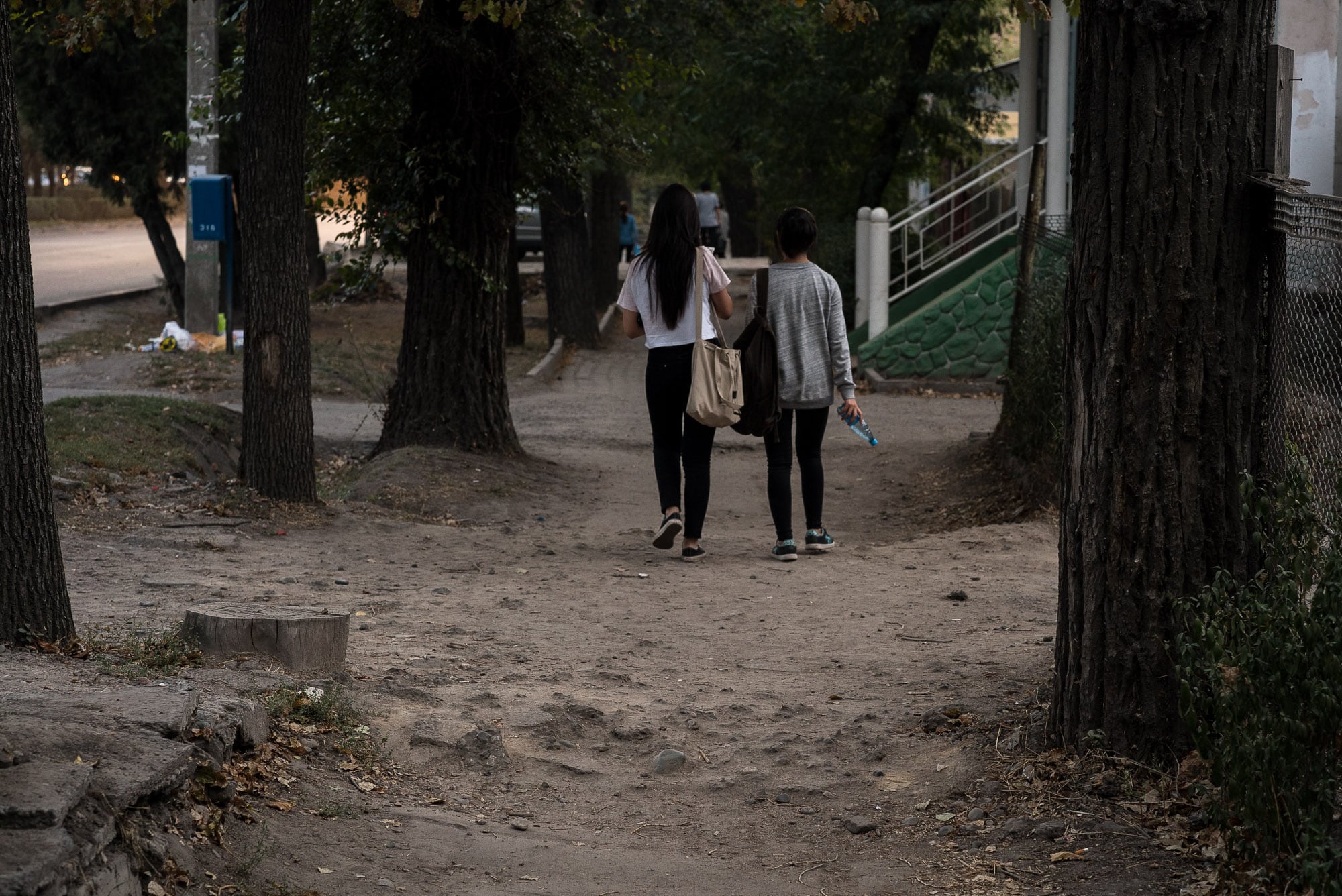 I had been here before in 2014, but only with a backpack and not with the Caboose, and I hadn’t done much walking back then. So I was a bit surprised by just how bad the sidewalk was at times:

We walked well into the evening: 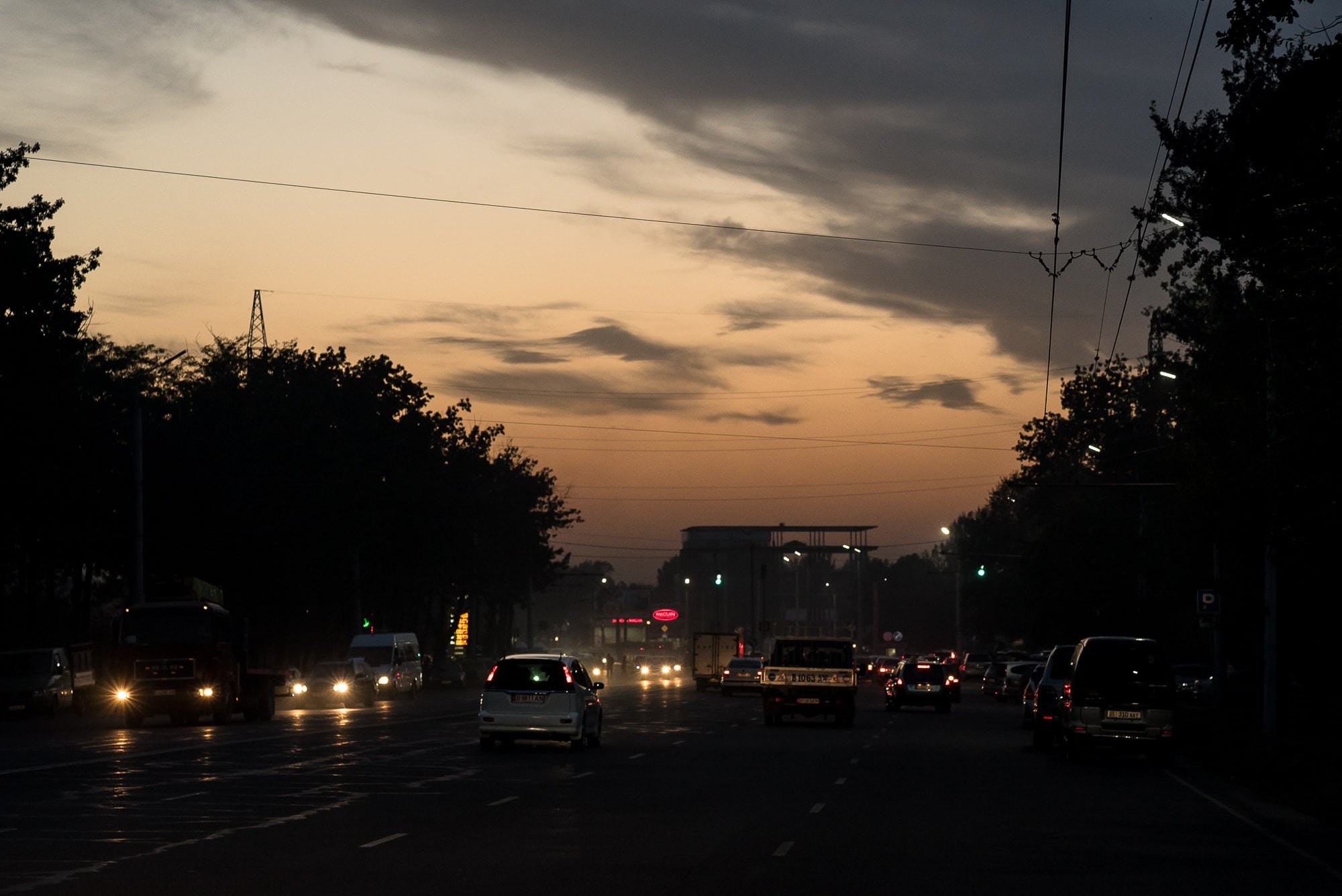 And we only stopped once we had reached the Western Bus Station: 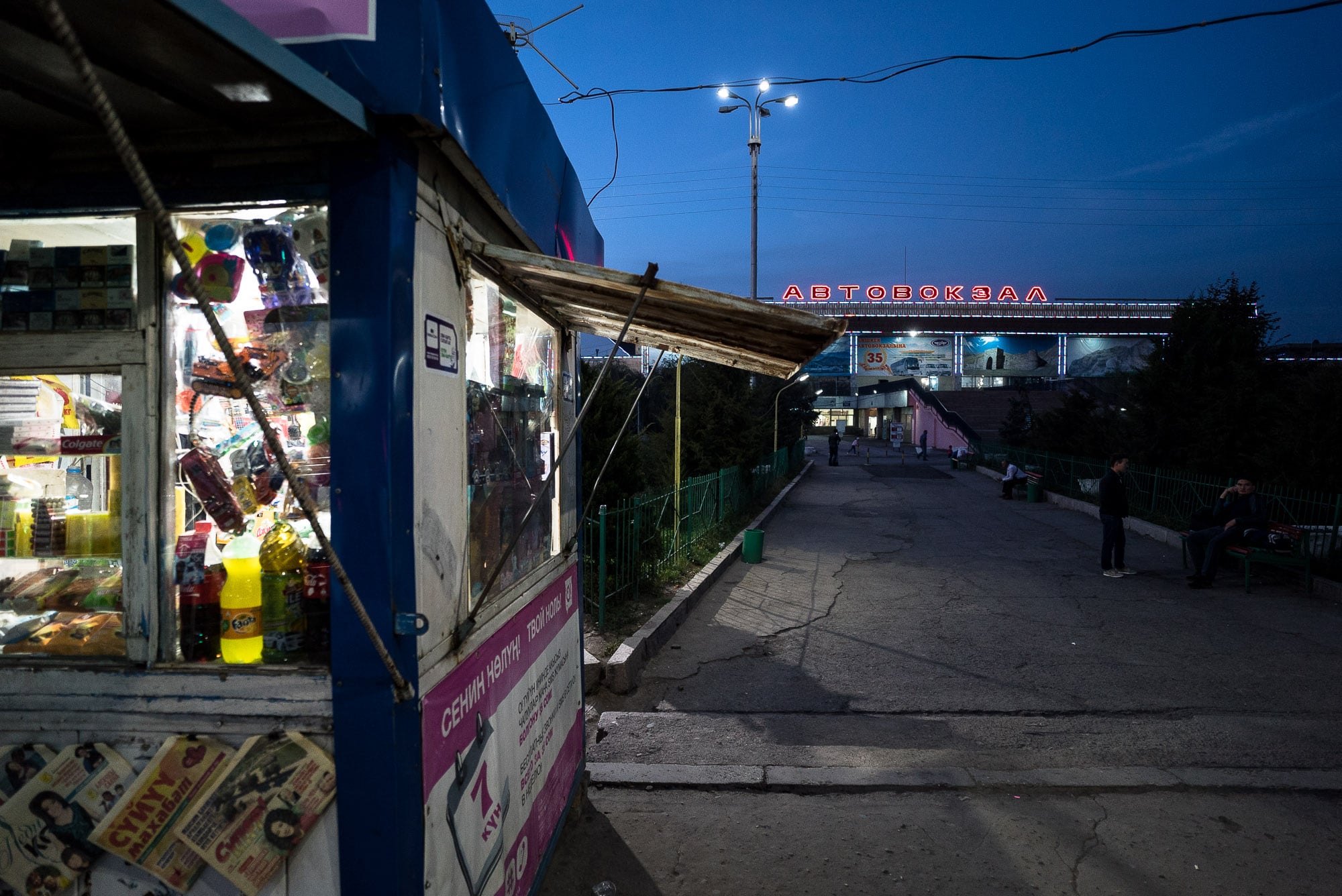 Because that’s where we were going to stay for the next few days.

Day 518
from Korday to Bishkek