Really felt like taking pictures today.
So I took my cameras and my tripod and went to Republic Square: 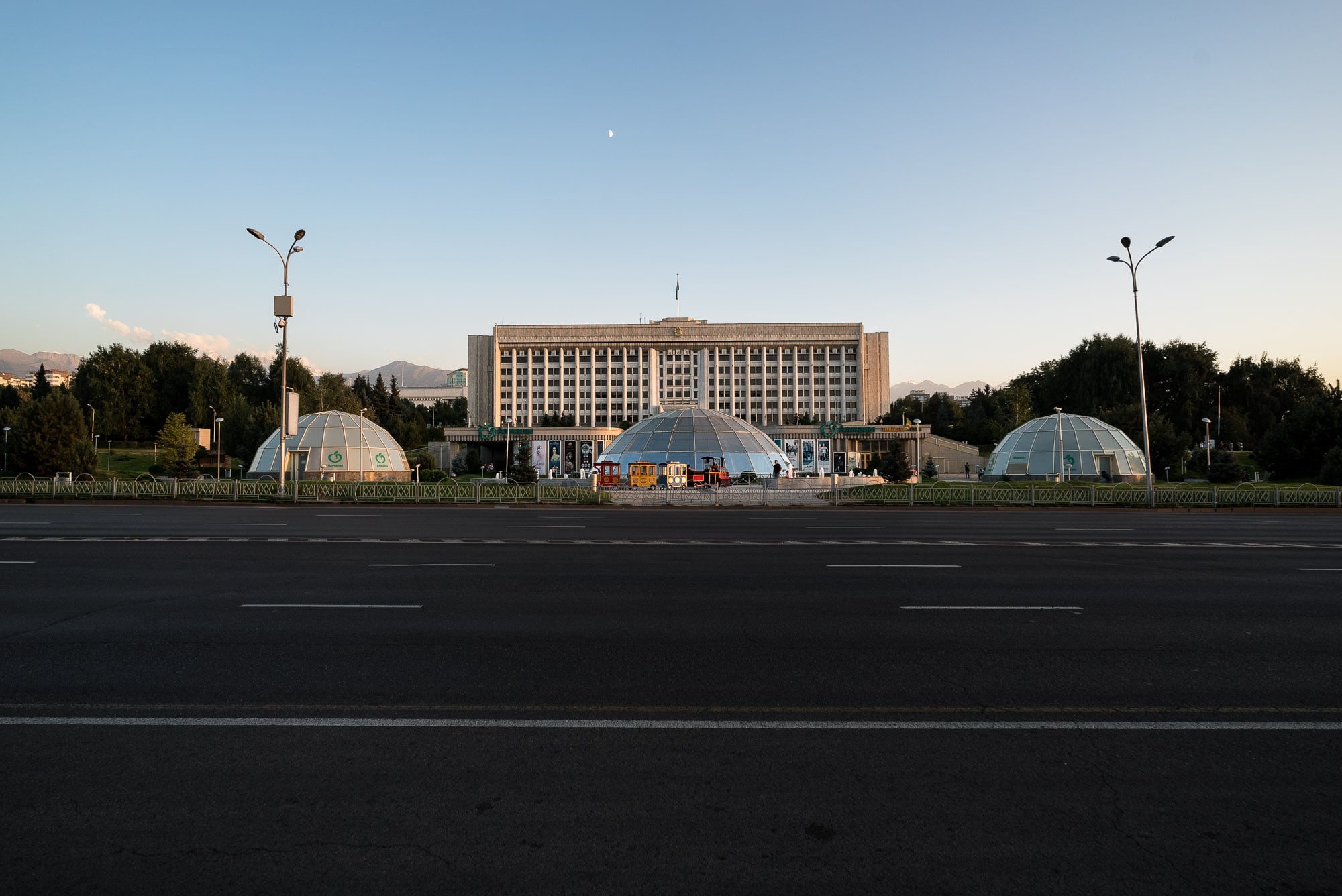 There was a big monument, the Statue of Independence: 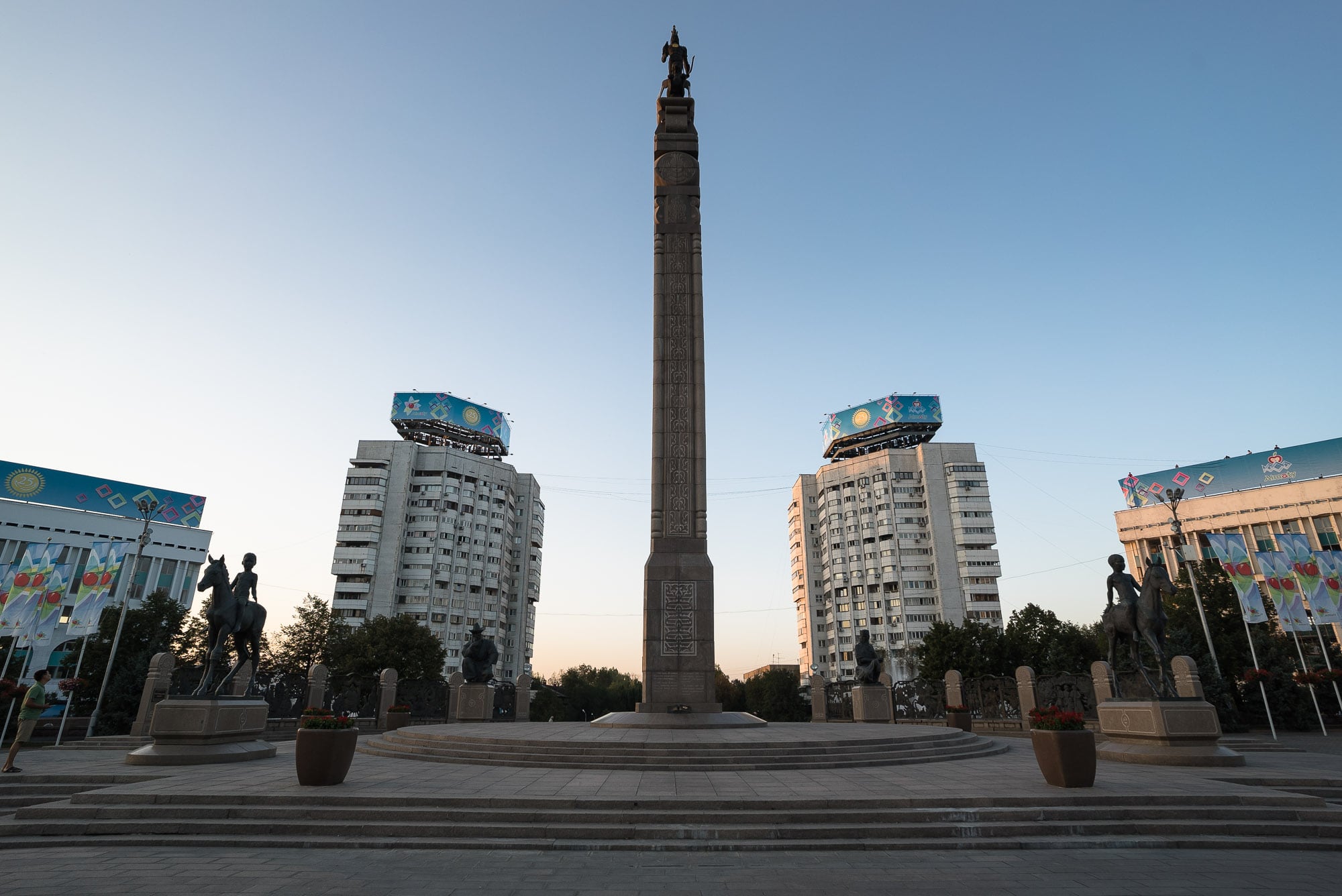 And at the foot of the statue, as I had noticed three weeks ago, an imprint of the (alleged) hand of Nursultan Nazarbayev, first President of Kazakhstan: 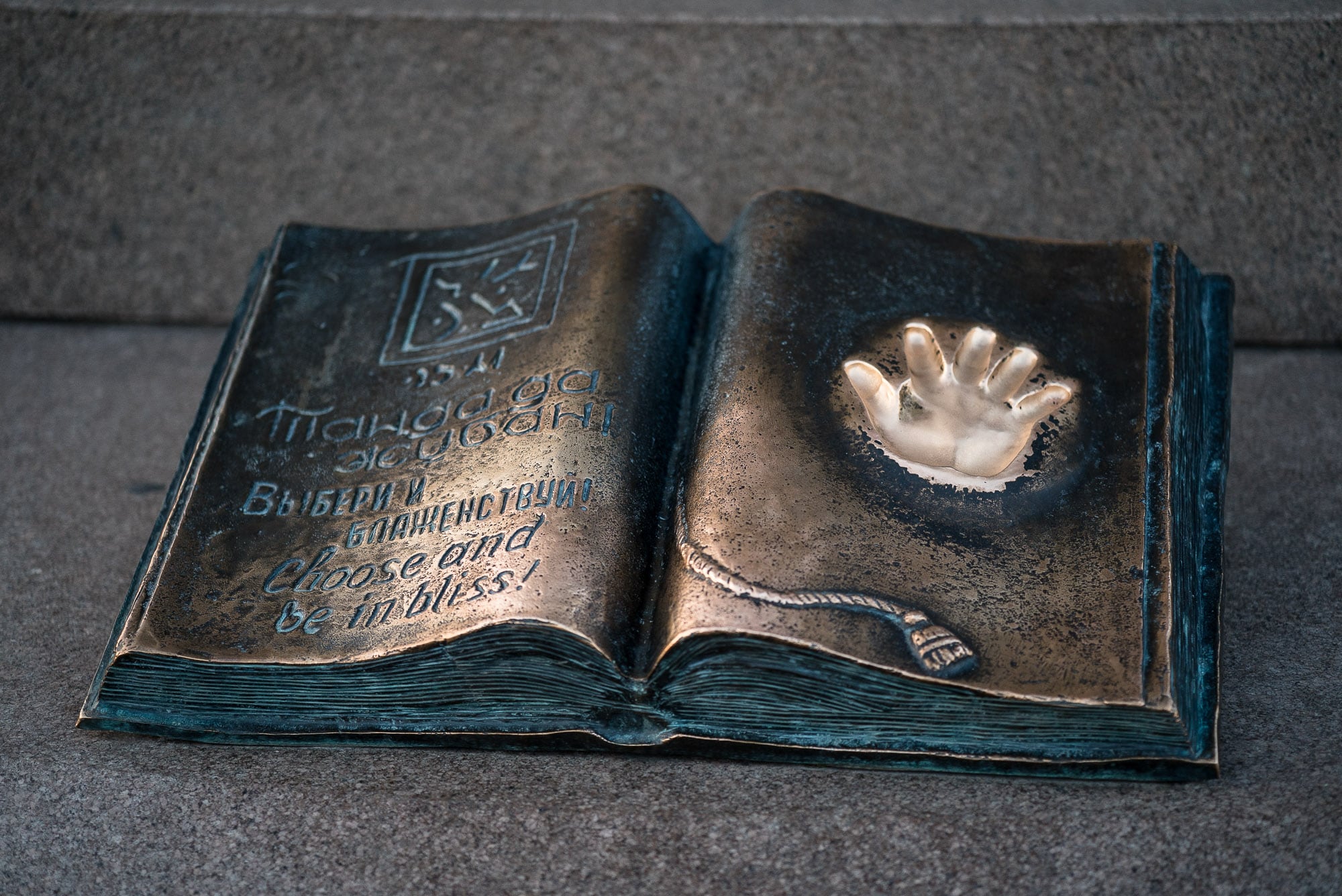 It still seemed strange to me: yes, some societies might need certain symbols to keep them unified, but why did it have to be about individual people, why couldn’t it be about universal ideas?

I stopped thinking about this problem and instead set up my tripod next to a fountain: 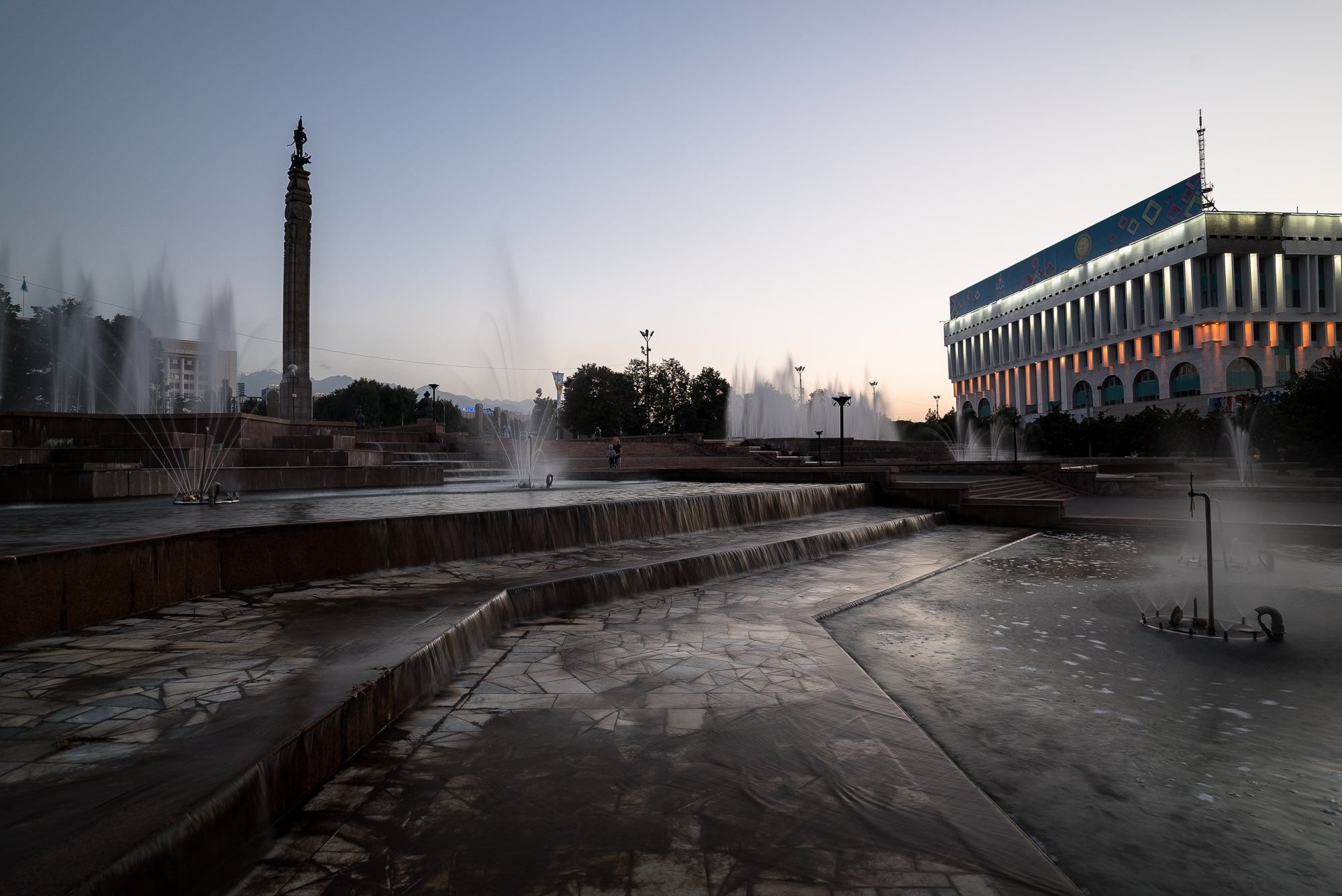 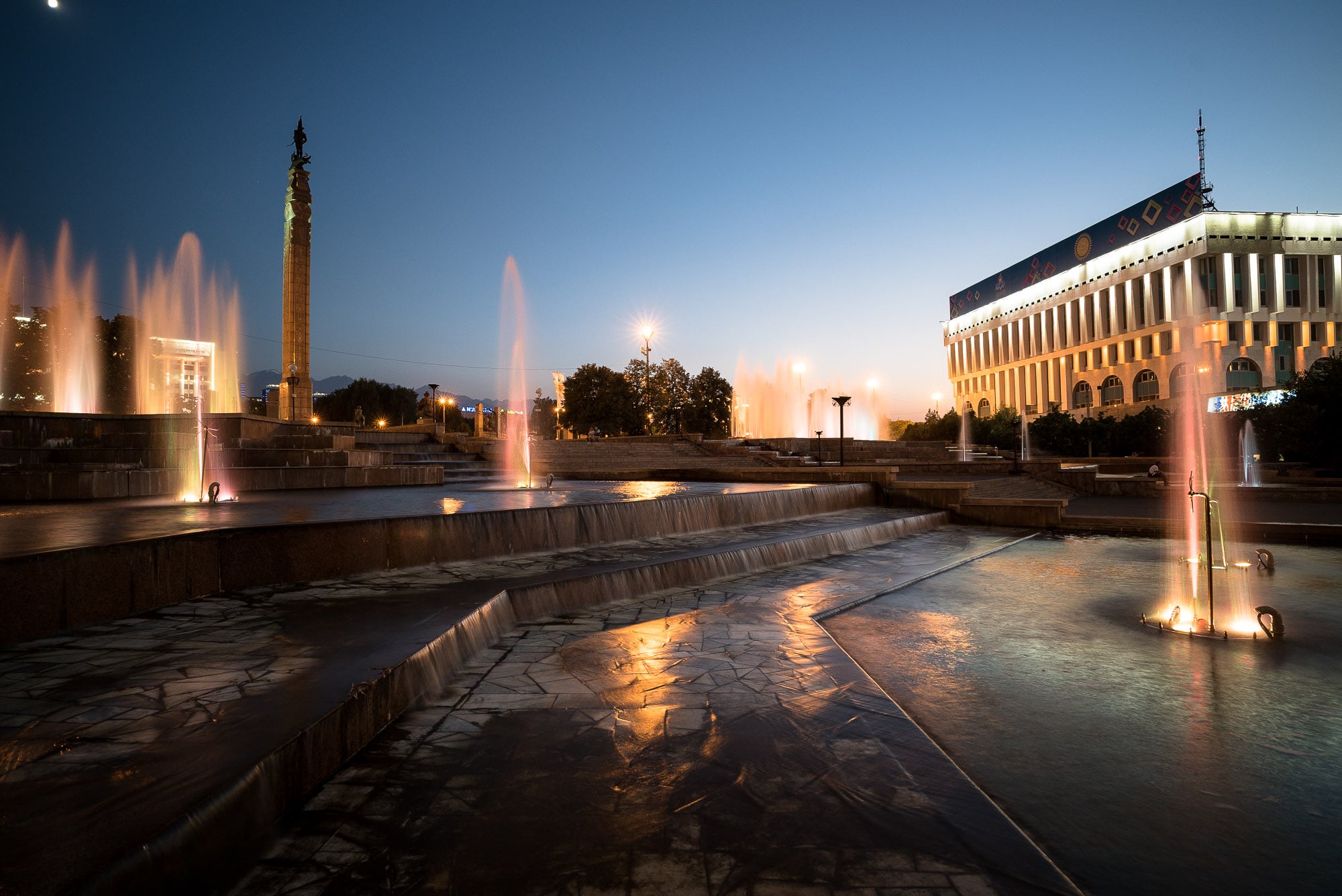 And when I say colorful, I mean colorful: 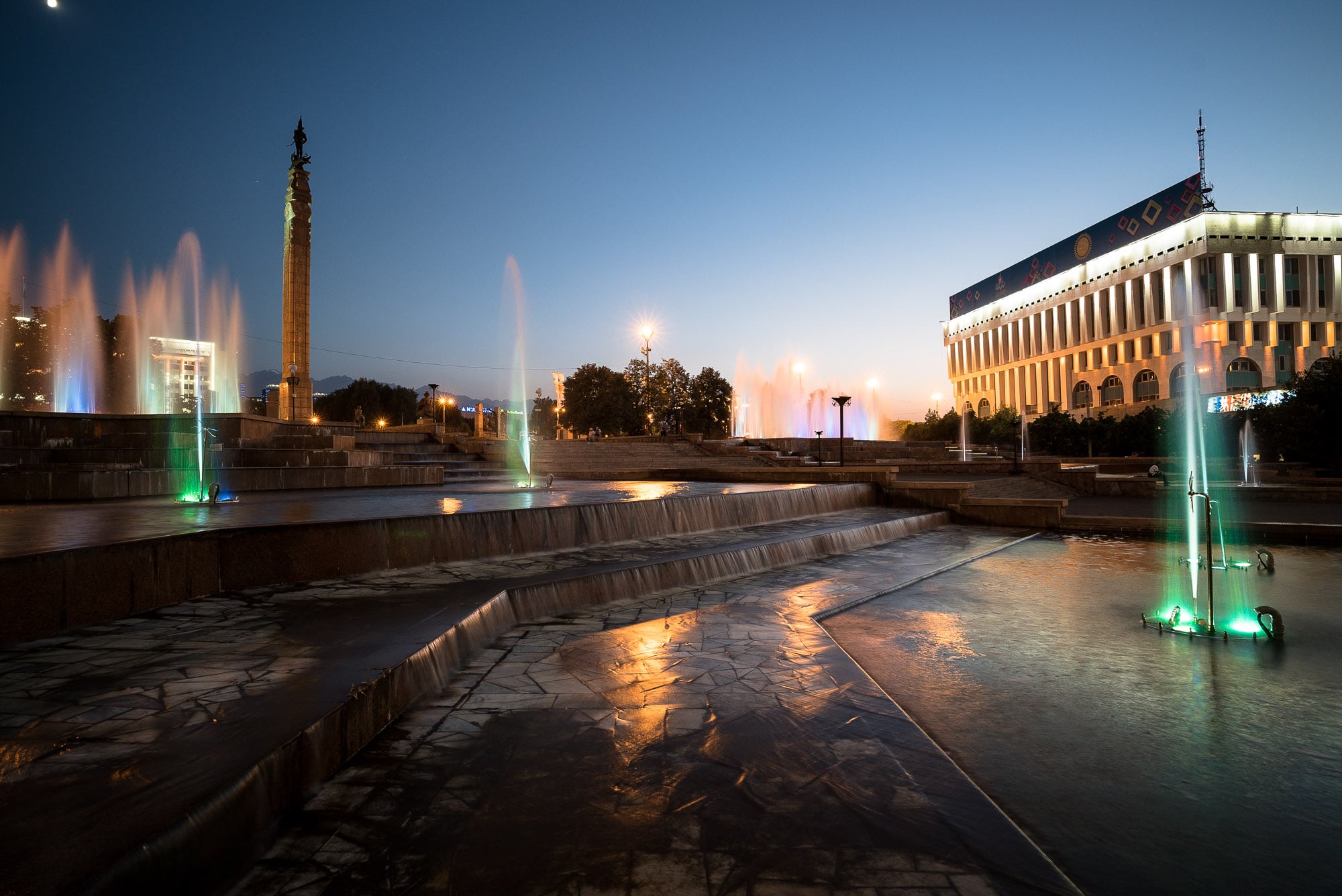 Some people were out taking photos with a sign that spelled ALMATY with an apple tree: 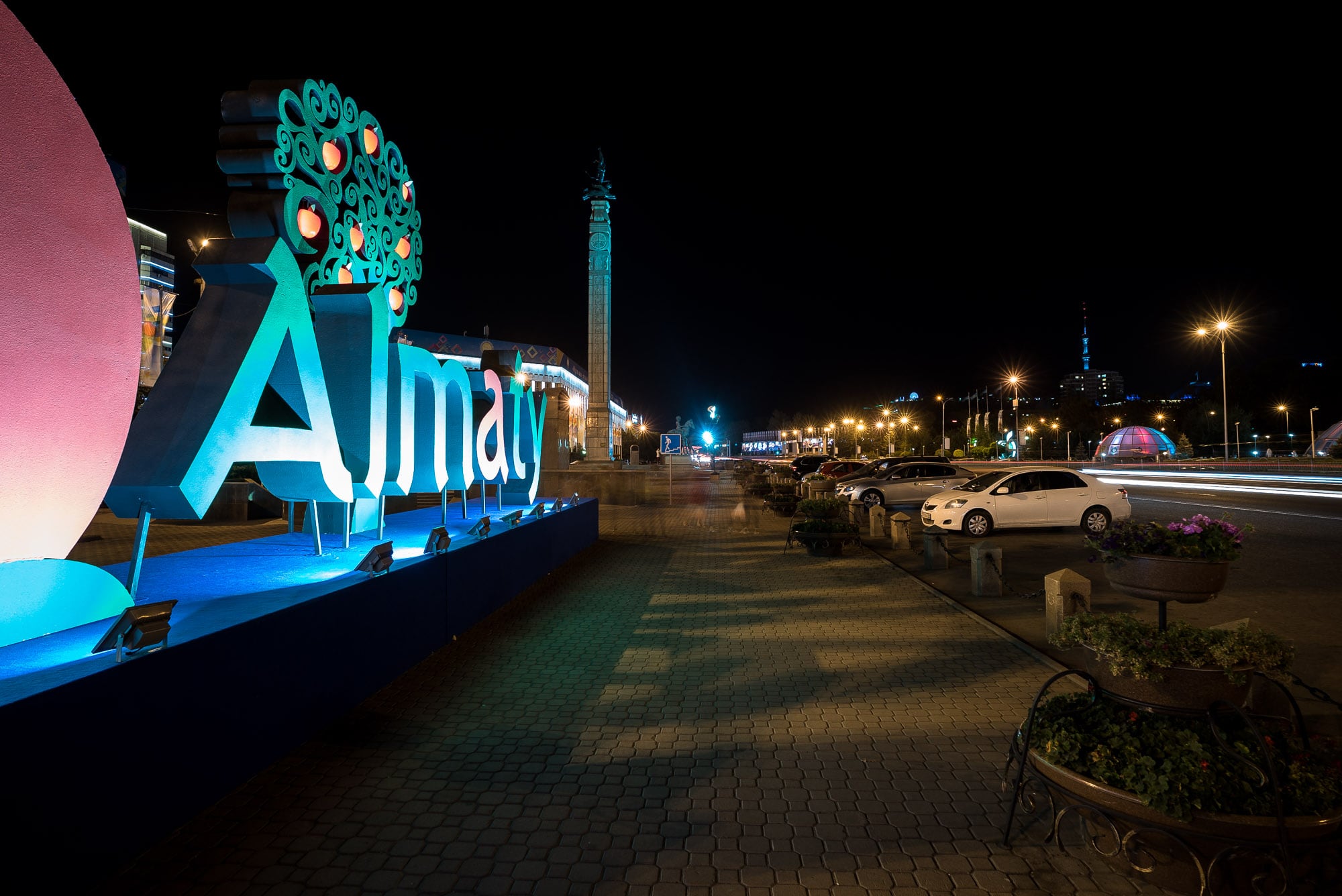 I went back eventually:

It felt good to have taken some photographs.
Even if they weren’t that special.