Today was going to be one of those days to run around town, taking care of things.

First I needed camera lens filters. I had brought the wrong kind from Germany. Someone pointed me in a certain direction, so I went there.

I noticed that Kazakh drivers usually stopped for pedestrians at crosswalks: 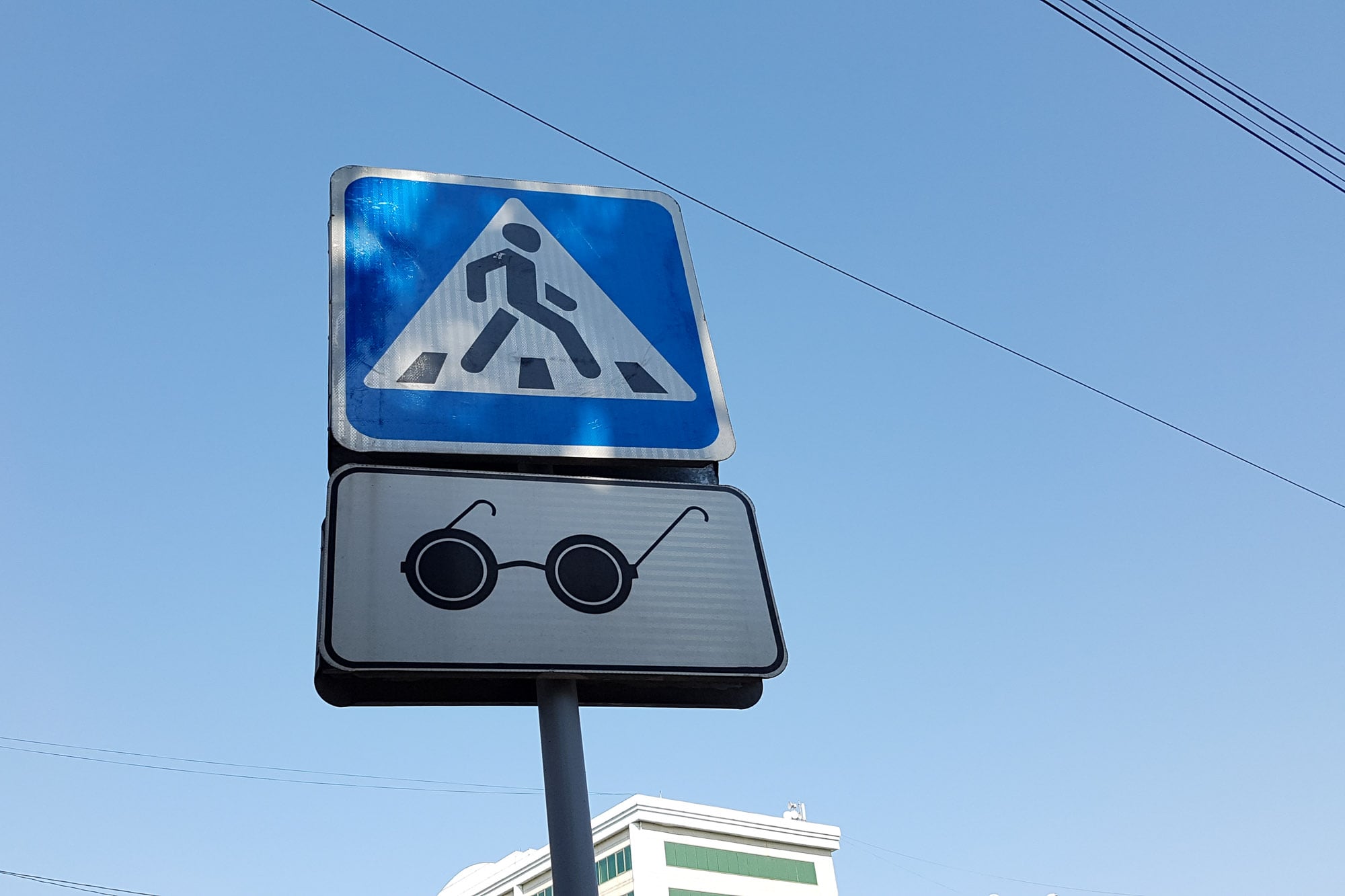 …and that some roads in Almaty even had bike lanes: 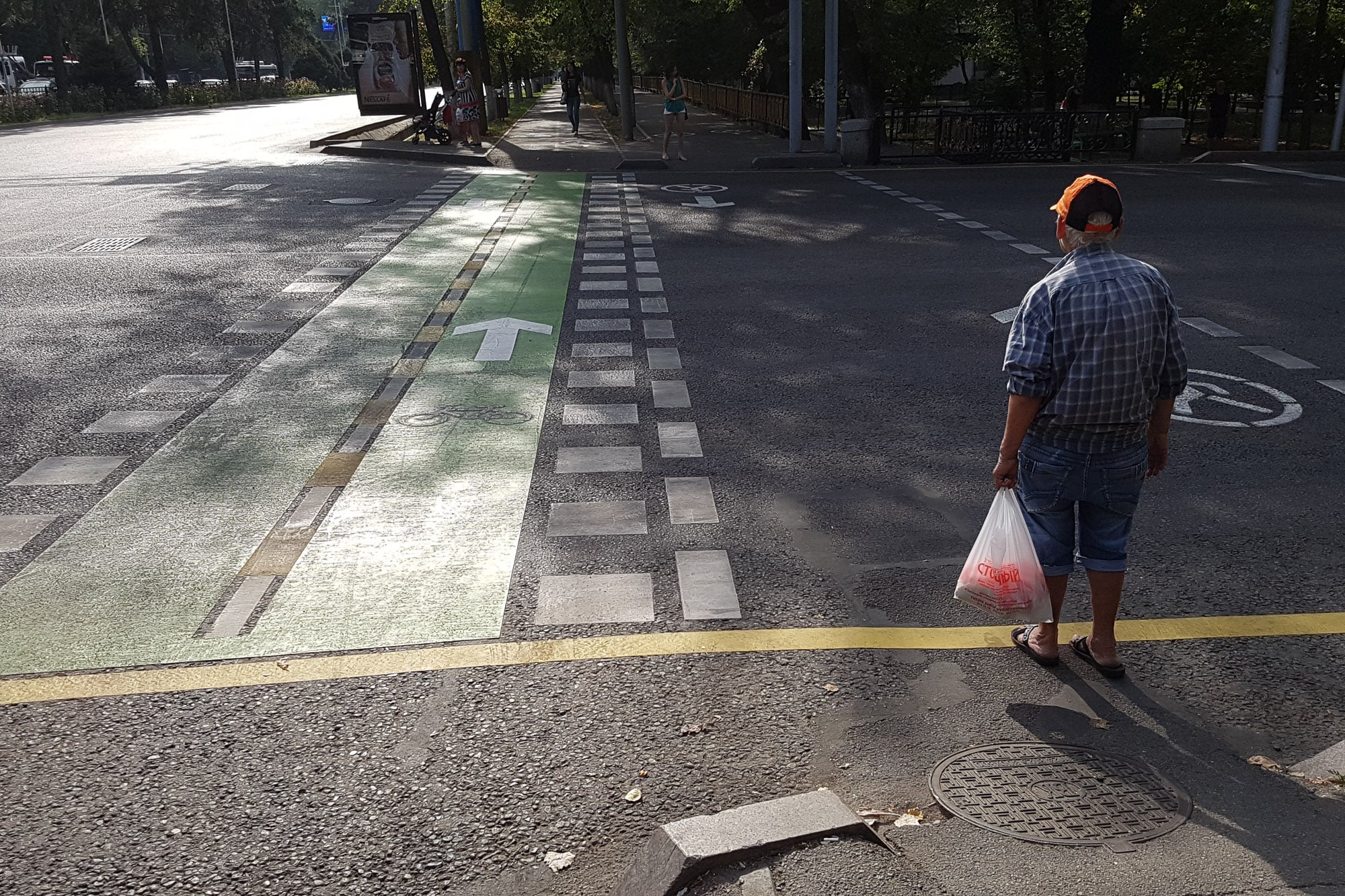 There was the occasional monument that seemed to be from a different era: 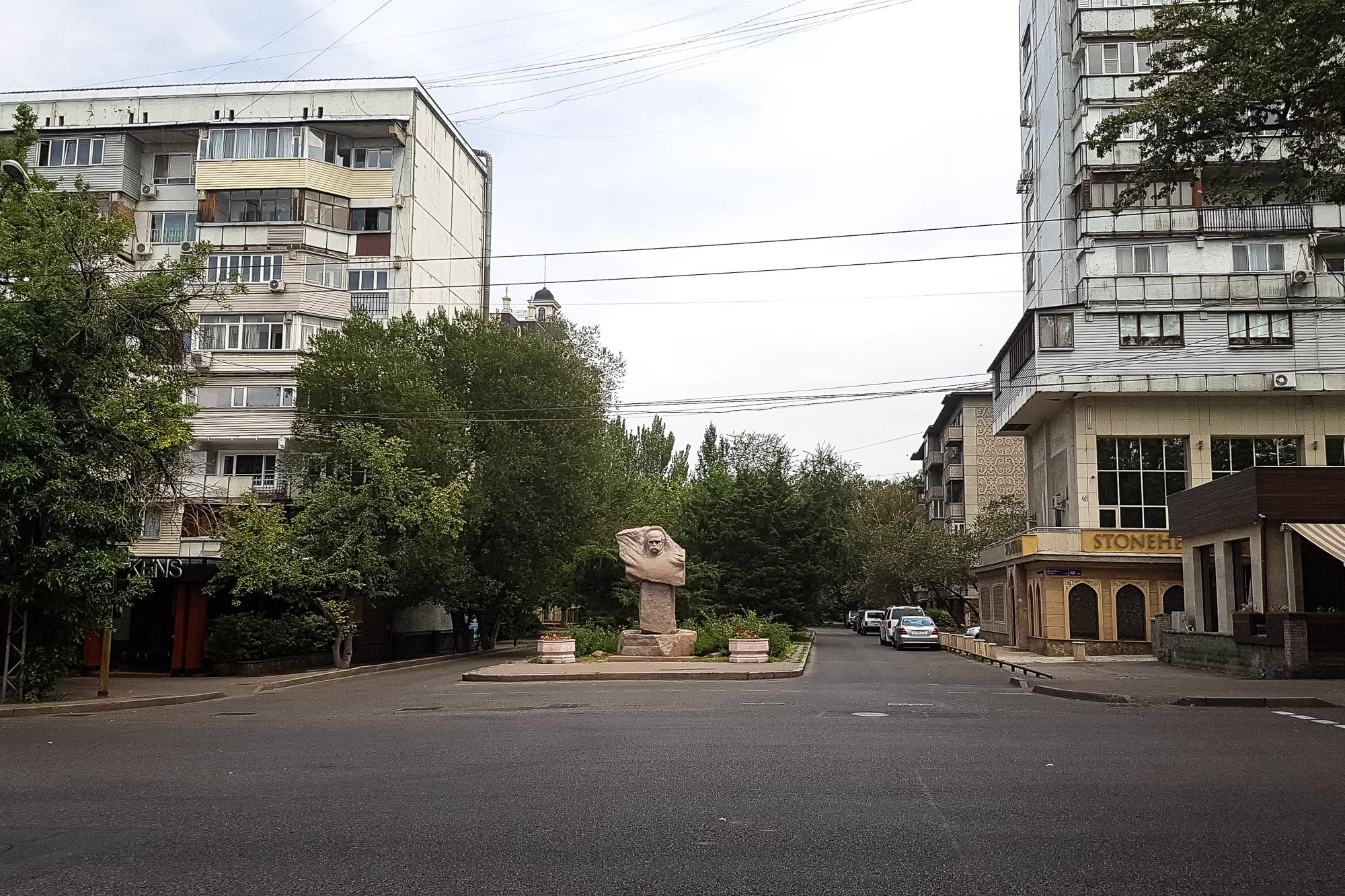 …and the occasional American fast food restaurant that was apparently taking over the block: 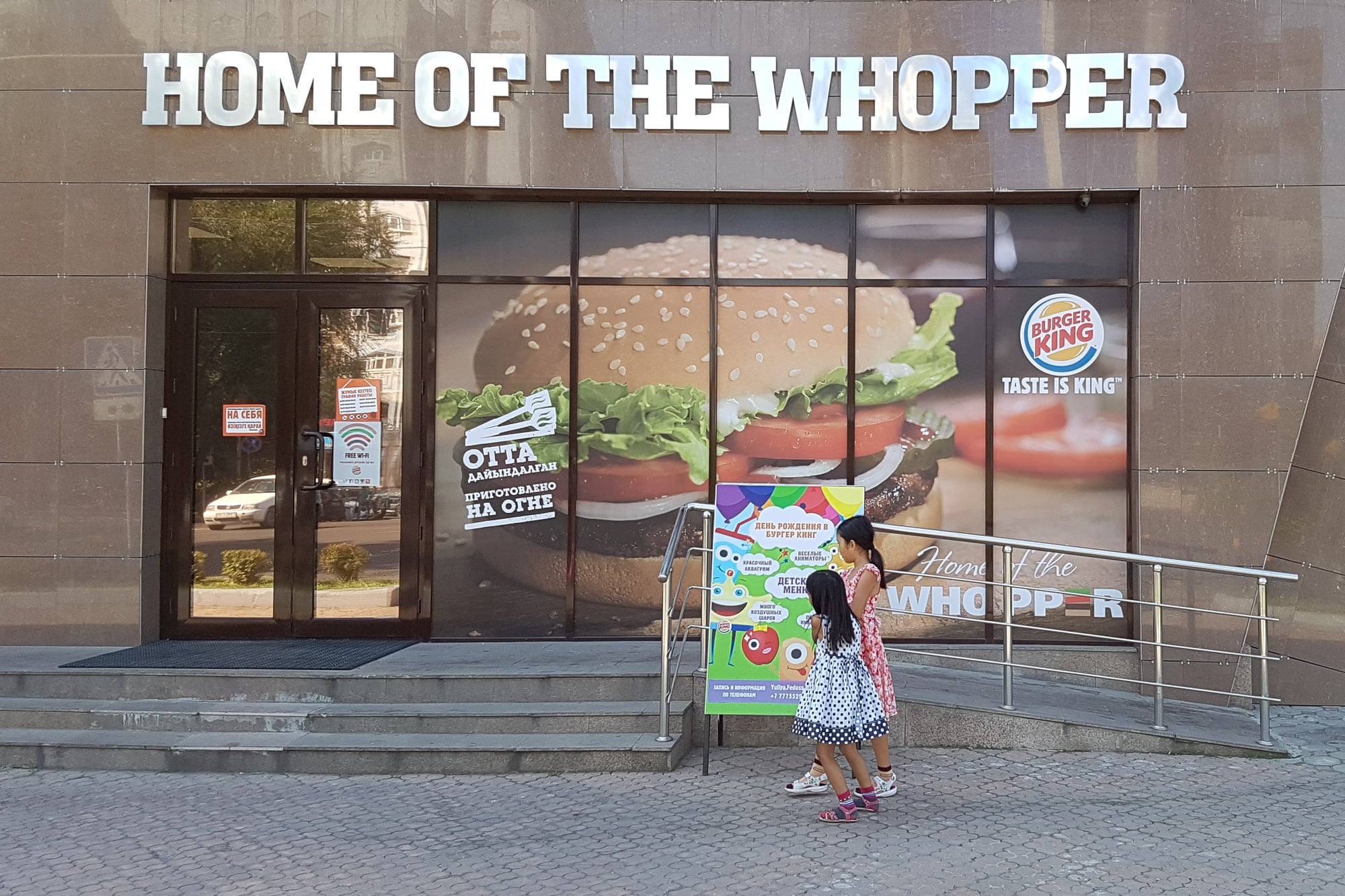 When I came to the electronics mall where I was going to find the filters, it turned out to be more difficult than I had initially thought: 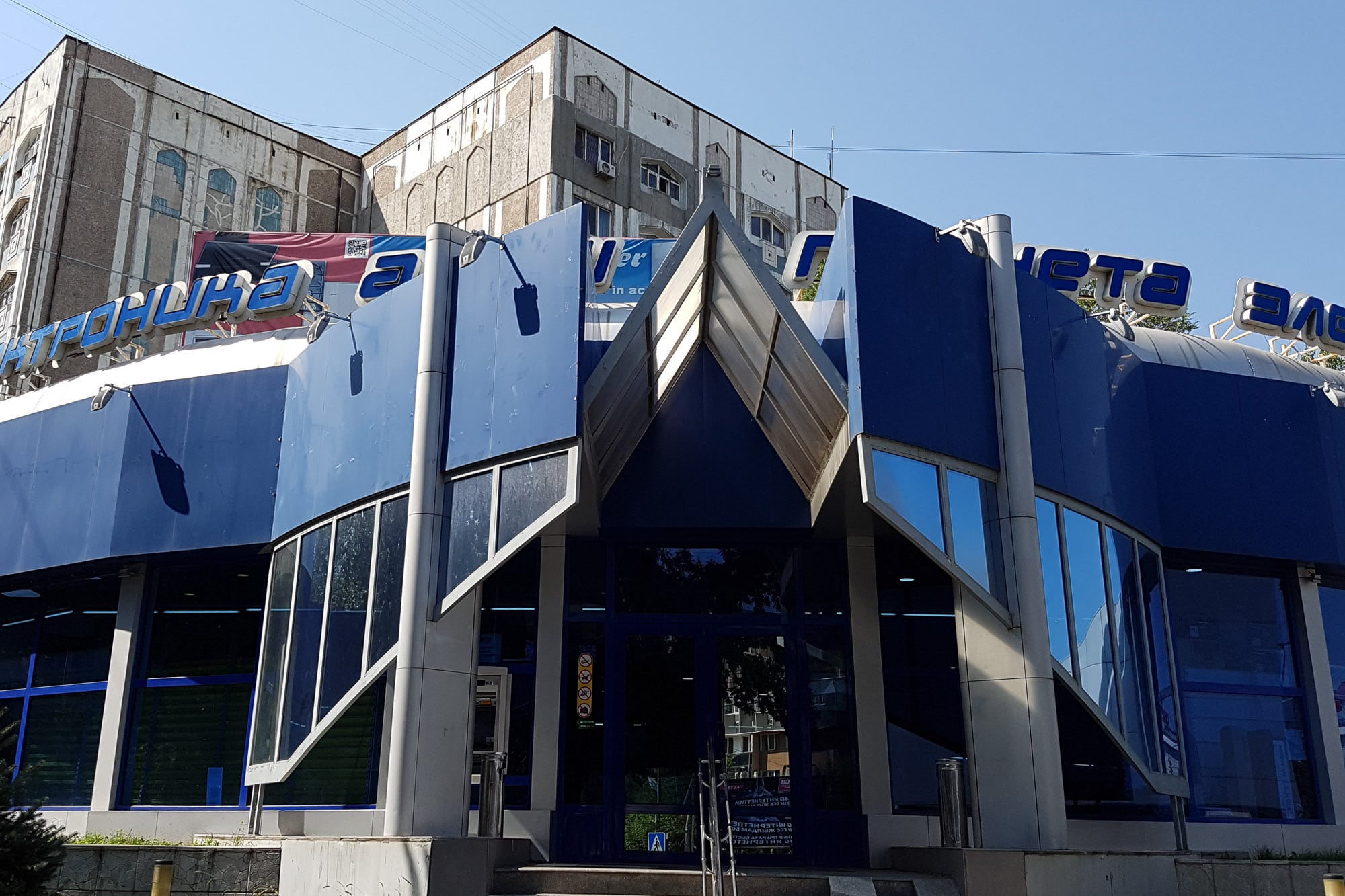 They just didn’t have what I wanted.

But they called a cab for me and sent me to an address somewhere else in Almaty: 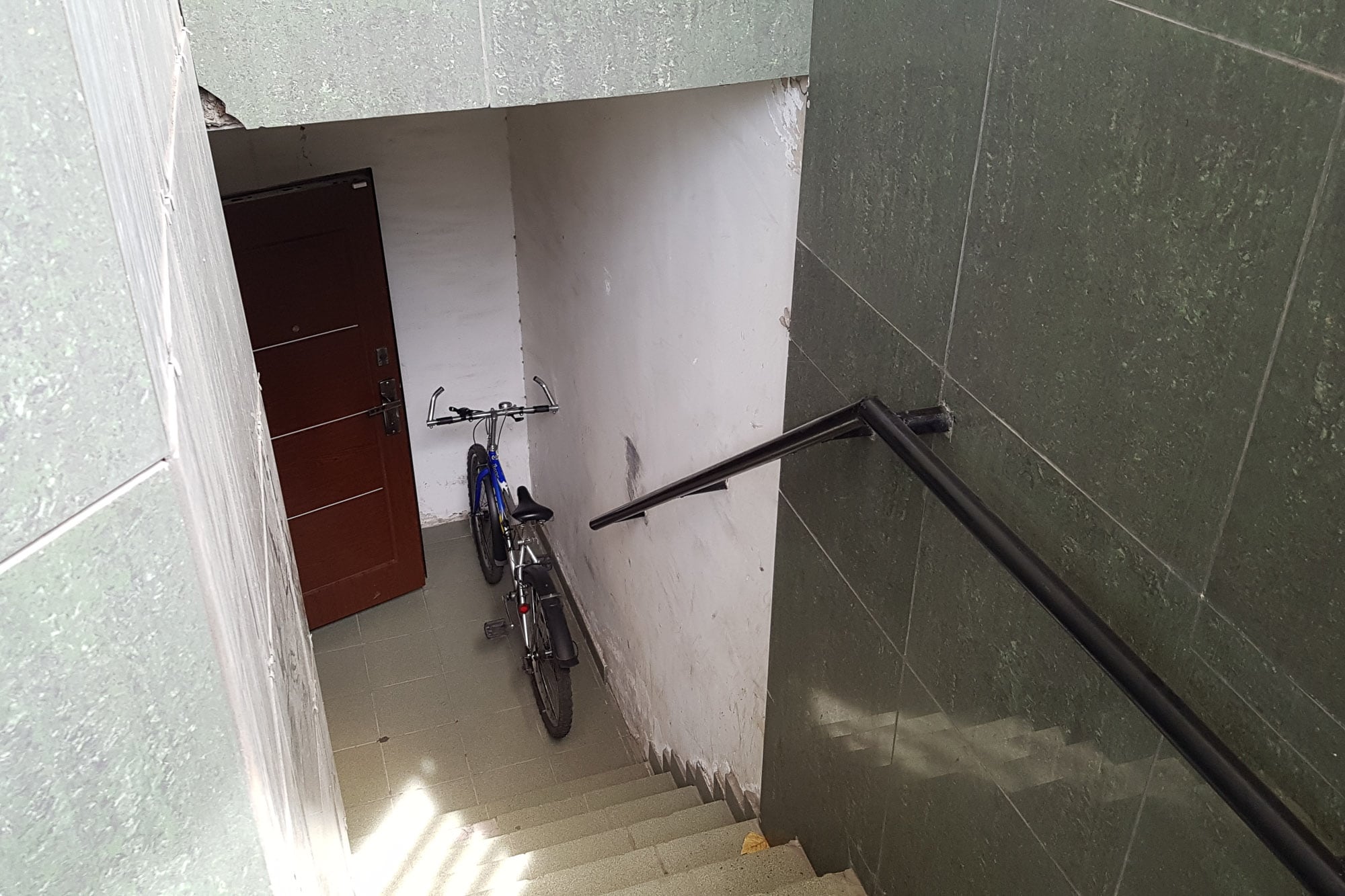 It turned out to be a camera shop in a basement.

I ended up with two new filters. I’m still not sure if they are exactly what I need, but I guess we’ll know sooner or later.

Then I had lunch in a random restaurant, and it turned out to be awesome: 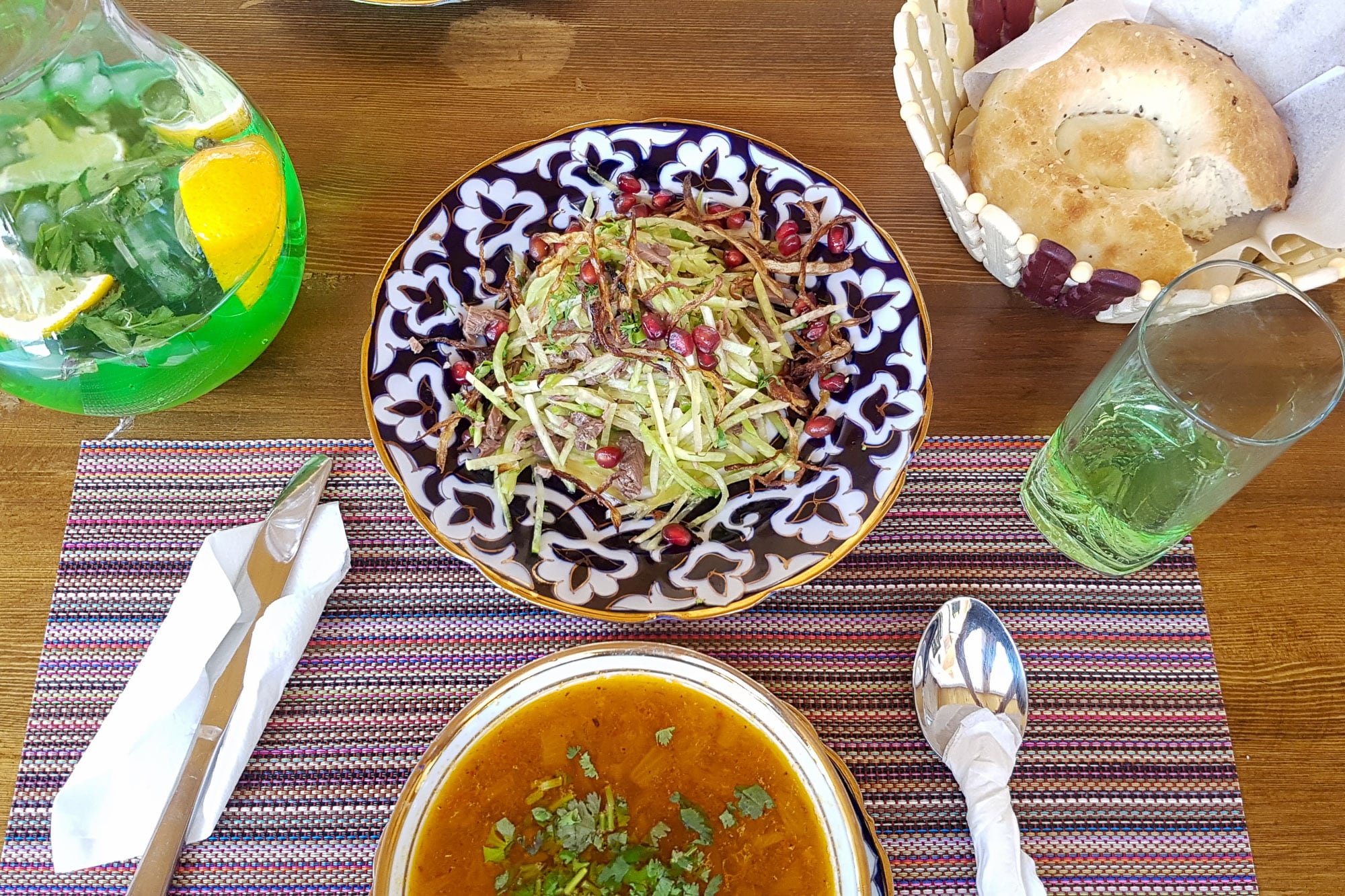 Georgian soup, Uzbek salad (or so it was called), and a certain kind of lemonade that I really liked, not only for its color.

And now something really important: I took the Caboose to Victor. 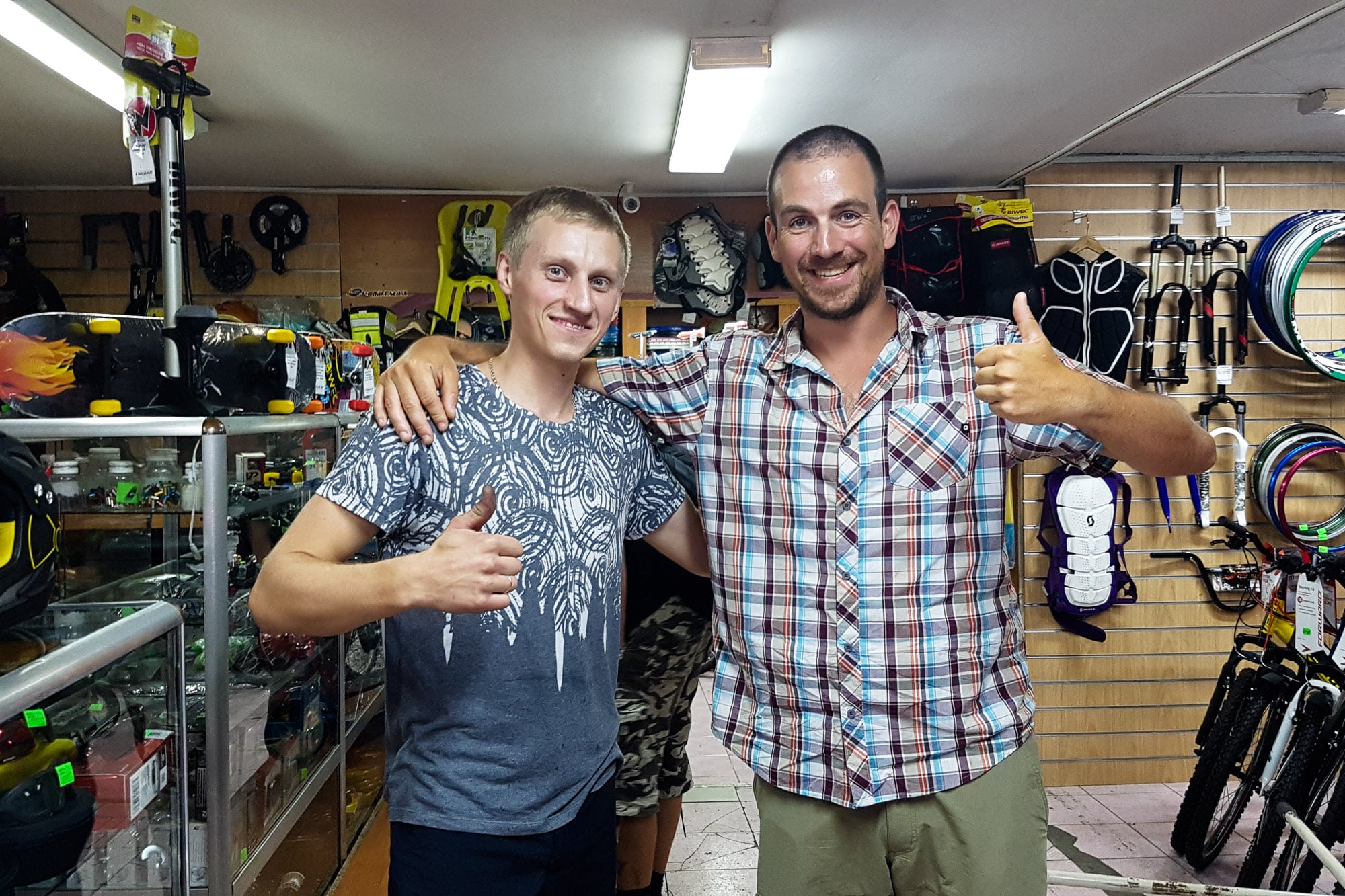 Victor was the owner of a bike shop, and he gave the Caboose a complete overhaul: 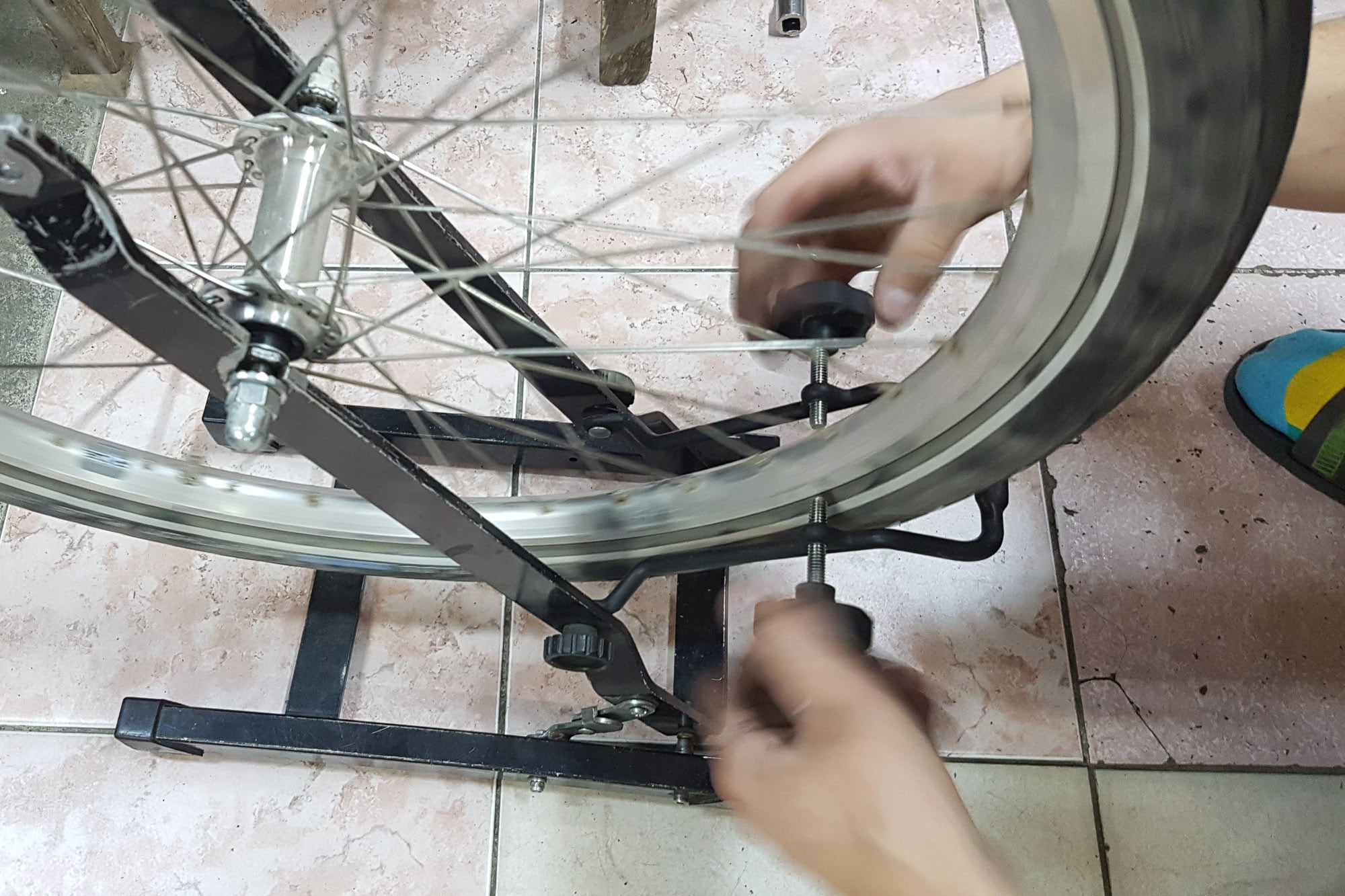 Especially the ball bearings had suffered quite a bit since that awful fall we took in Charyn Canyon a week ago: 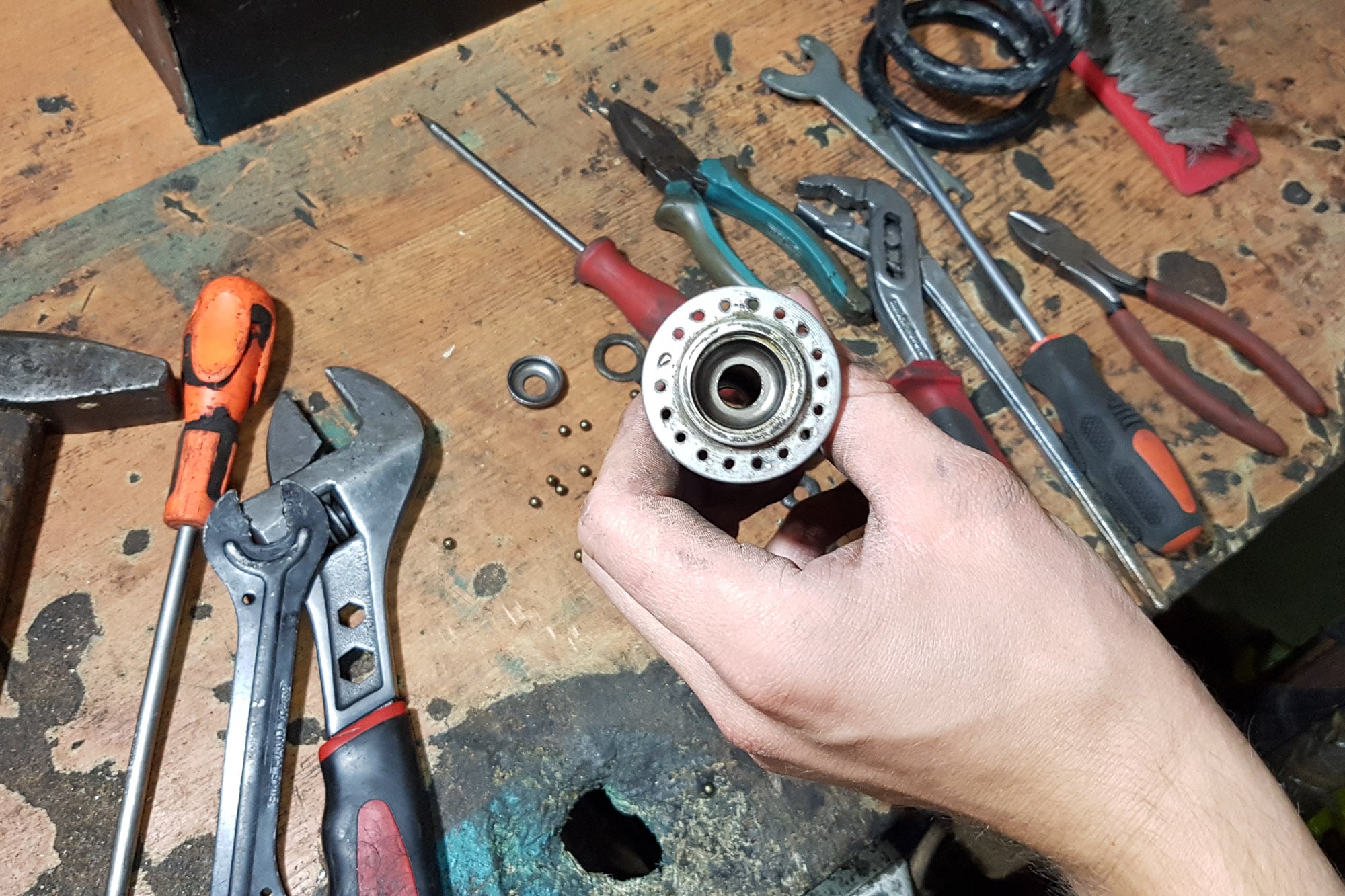 I was tired as hell when I went back to the hostel. The owners had a cat called Sarkozy (apparently because it was a bit mean): 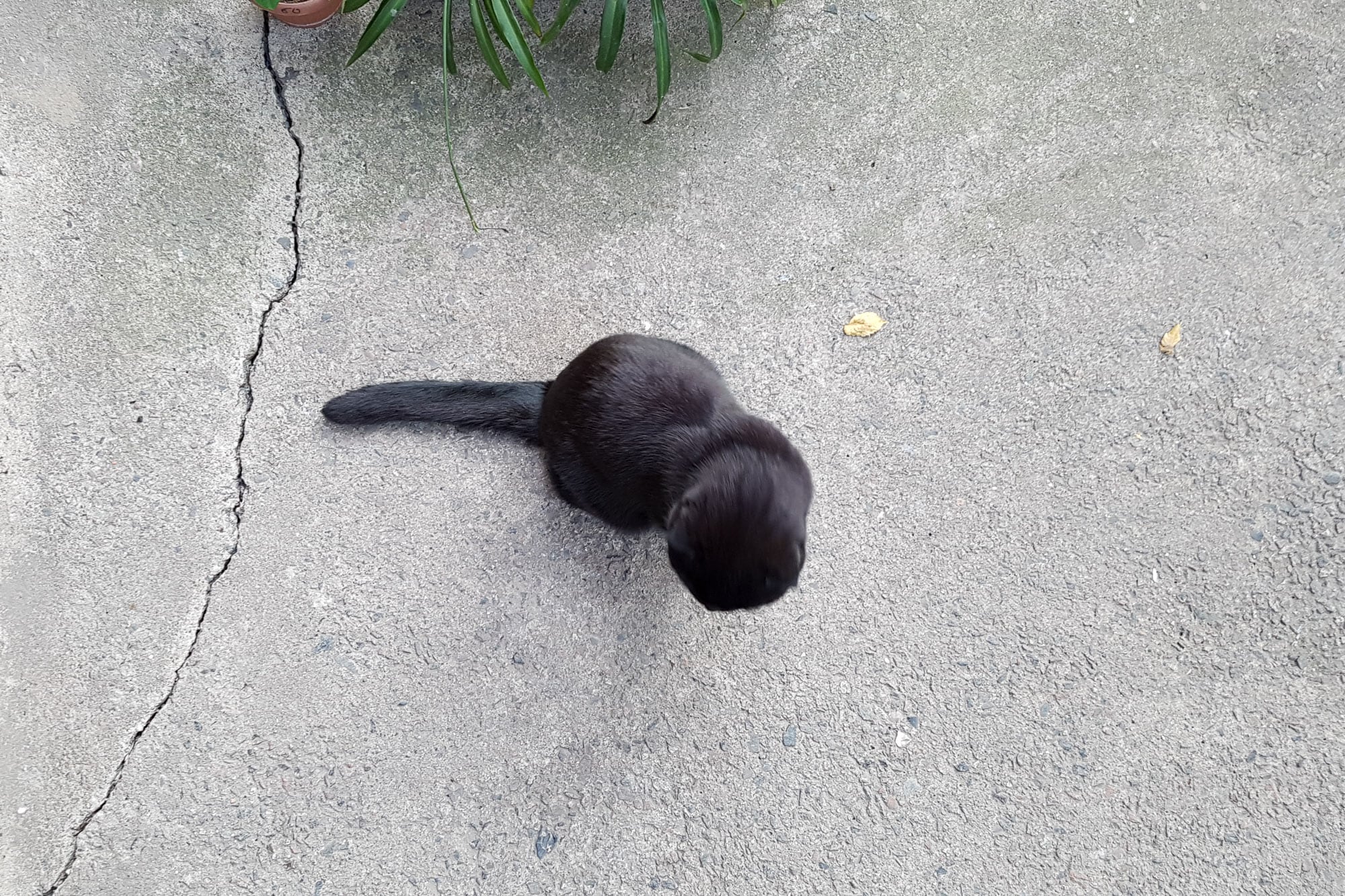 Sarkozy liked to play, but on his own terms.

I didn’t spend much time with him, because I wanted to go to a soccer match: 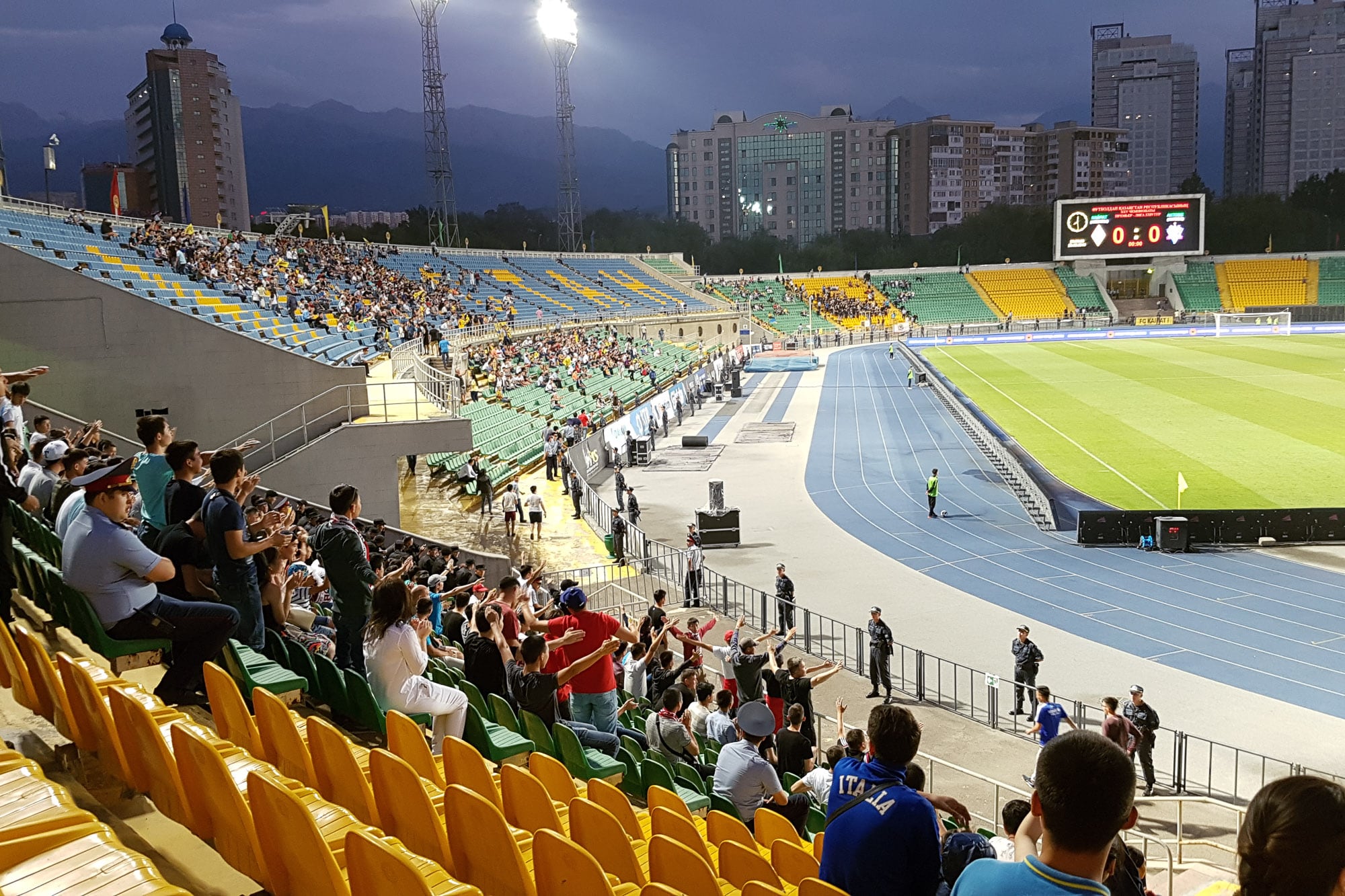 FC Kairat Almaty was playing Aktobe, a city so far in the Northwest of Kazakhstan that it seemed closer to Europe than to Almaty.

They played the Kazakh anthem:

Then the people started supporting their teams:

I was seated with the fans from Aktobe, but since I had never walked there or even heard about the place, I decided to secretly root for Kairat Almaty.

The game was satisfactory: Aktobe got a 1:0 lead and managed to hold on to it for the first 45 minutes, then Kairat woke up and destroyed them 3:1.

Everyone was happy (except for the fans from Aktobe).

And I learned two more things.

Firstly, Almaty was one of those places that had an own little Eiffeltower: 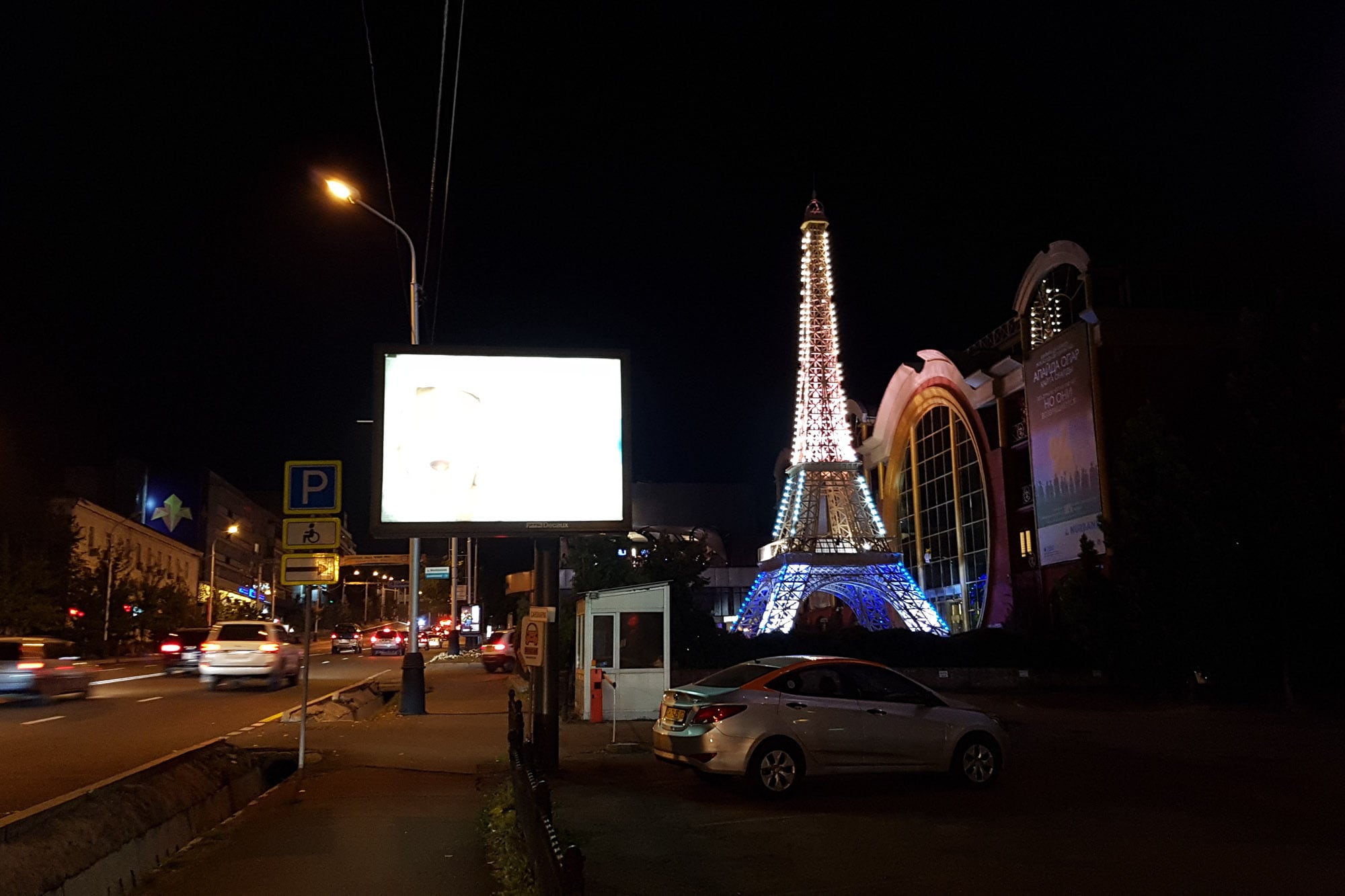 And secondly, there was an imprint of President Nasarbayev’s hand where people could take pictures: 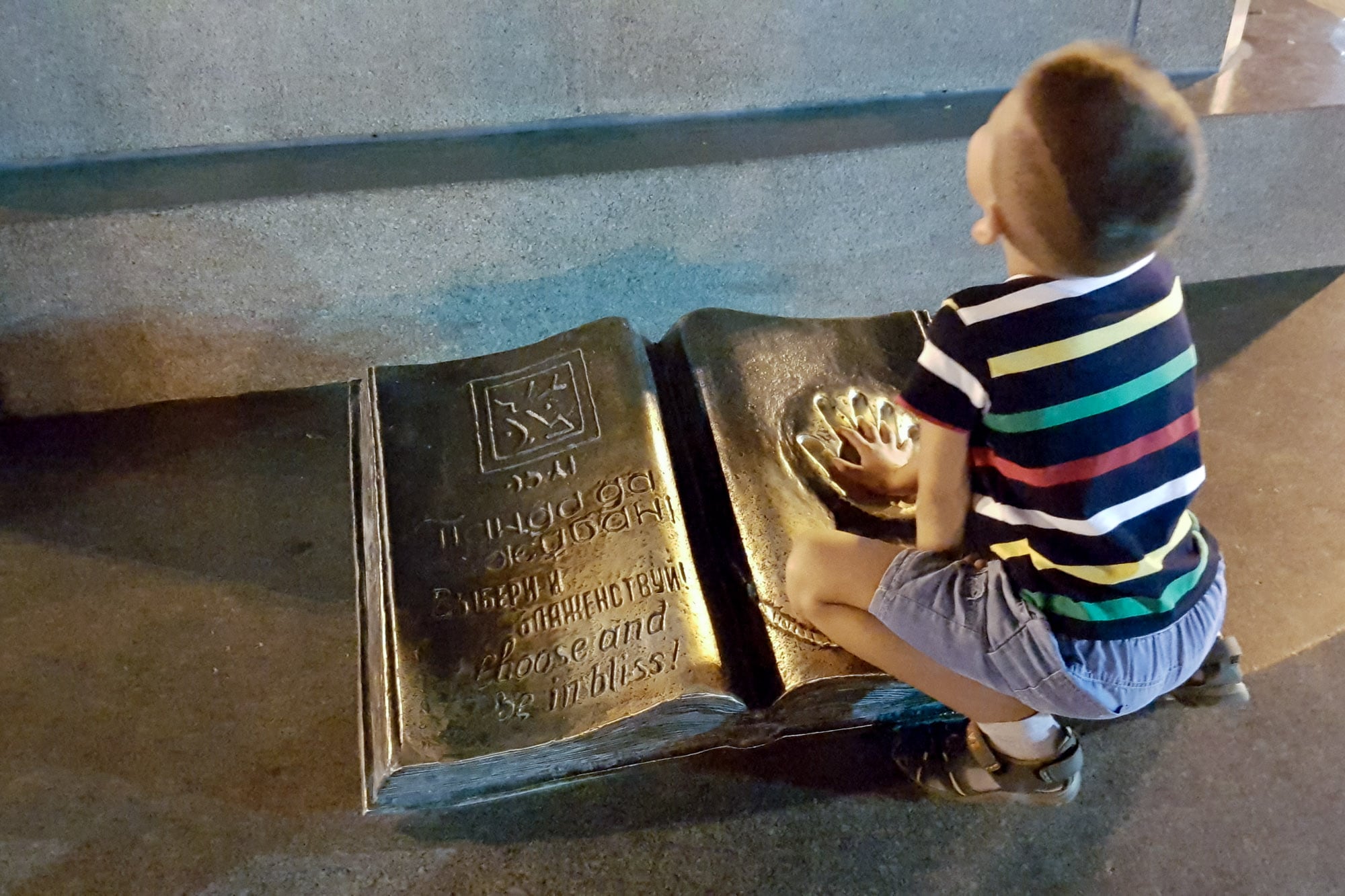 I wondered if Donald J. Trump knew about this.