This post is about a short walk within Budapest. I have decided to rent an apartment for a few months and try to get better with PT.

I left the hospital after about a week. The doctors were still talking about surgery, the physical therapist still didn’t want to hear anything of it, and I was still confused.

What was I supposed to do?

I decided to give physical therapy a chance. This meant that I would have to stay in Budapest for a lot longer than I had initially planned – not weeks but months. But how?

My airbnb was too expensive to stay long term, and it was booked anyway. Luckily, I had a friend in the city. Zilin had taken care of me while I was in the hospital, bringing me meals and some of my items, and she knew someone who was renting out apartments.

I looked at exactly one studio apartment in the center, and when it turned out that there was a garage space for the Caboose and a big screen TV, I signed a contract until the end of the year.

We started walking at around noon. Zilin had come to support me, pulling the Caboose while I was limping along next to her. It was only a short distance – one of the shortest walking days on The Longest Way for sure – but to me it felt a bit overwhelming anyway.

And so, because my new physical therapist had made me promise to be extra careful, we took a break in the middle of our walk, and I lay down on a park bench, trying to blend in with the pigeons and the foliage.

a walk within Budapest: 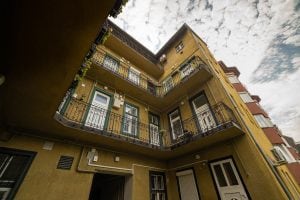 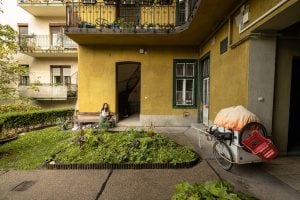 Zilin and the Caboose 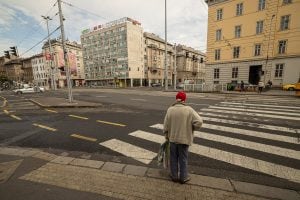 glad it wasn’t a MAGA hat 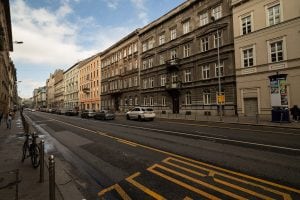 a street in central Budapest 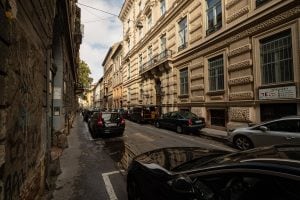 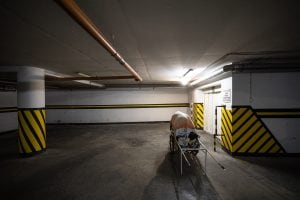 garage space for the Caboose 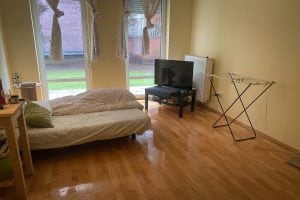 the place I am renting

Day 613
from Budapest to Budapest