This post is about a week in a clinic in Budapest. I have screwed up my back, and I don’t know what to do about it.

The morning brought pain. Not the dull kind, but the one that makes you want to scream. I managed to get out of bed and brush my teeth. Then I laid down on the floor and rolled around, trying to stretch in a way that would make the pain go away. It didn’t work.

At some point I noticed that I couldn’t lift the big toe on my left foot anymore.

I put on some clothes. Went outside. Found a supermarket. Bought a bottle of water and a two muesli bars. Walked past a Chinese restaurant. Thought it might be a good idea to eat a bit before whatever came next.

Eleven hours later I found myself with a needle in my arm, wearing a dotted gown, laying in a hospital bed. It was located next to the window of a three-bed room of the neurological department of the Semmelweis university clinic. The room was dark, and on the other end of it there was a man who was already asleep.

I looked at my things. I had one friend in Budapest, and she had brought me my toothbrush, a few clothes, and some food.

My home in Germany suddenly seemed very far away.

The next morning a team of neurologists stood at the end of my bed. It was like on TV: they had clip boards in their hands from which they read my name and my condition, then they asked me about my situation and softly suggested that I might need surgery.

I said no. I called home and talked to a bunch of people about my situation. Some said I should give the surgery a try, but not here in Hungary. Others said I would be fine without it.

A bit later a physical therapist appeared. She did some tests on my body and concluded that I had a very light condition and that I needed nothing but rest and exercises. “This is nothing!” she said, “and besides, you’re very lucky that your MS isn’t giving you more trouble!”

I liked her laugh.

I spent the following week in the clinic in Budapest in a weird state of limbo. Most of the time I was just in my bed. the food was horrible, so I felt very lucky when my friend showed up with provisions.

A few times a day I would do the exercises that the PT had given me. Once a day I would walk around a bit in the corridors. Sometimes I would talk to the other patients. We all hated the food, but that wasn’t the worst thing. The psych ward was close by, and often we could hear screaming.

The doctors paid me visits every day, and it seemed as though they were trying to warm me up to the idea of getting surgery. The PT laughed it off when I told her: she was as optimistic as ever.

I didn’t know what to do.

a week in a clinic in Budapest: 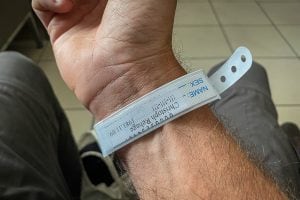 my tag in the ER 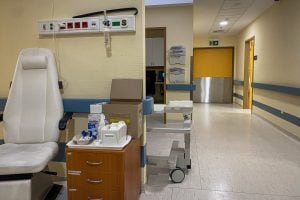 waiting for my MRI 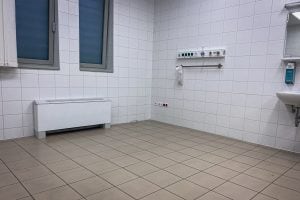 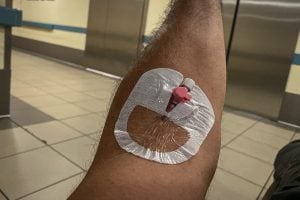 kept this for a few days 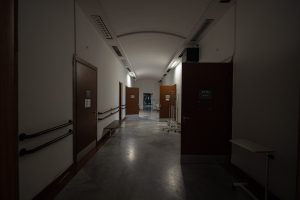 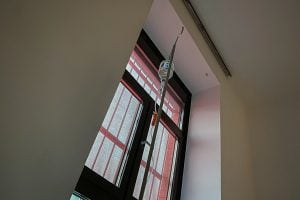 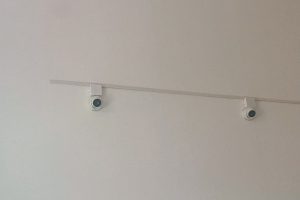 the camera watching my bed 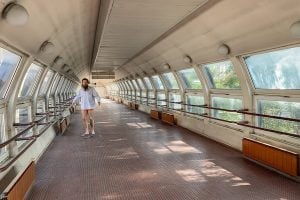 I had not gotten my pants yet at this point 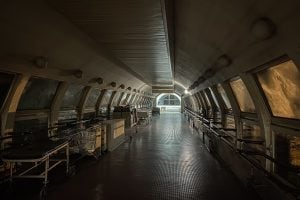 the hospital corridors at night 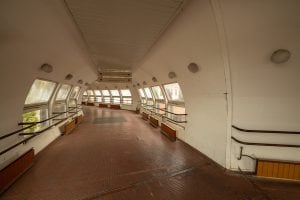 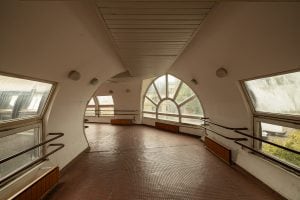 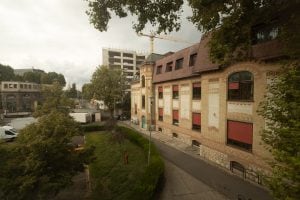 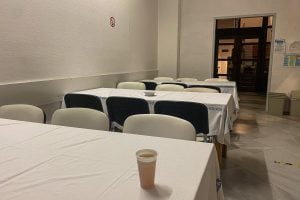 my cup of tea in the common room 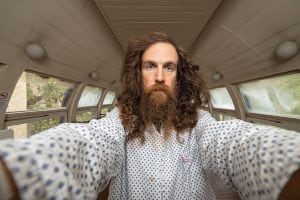 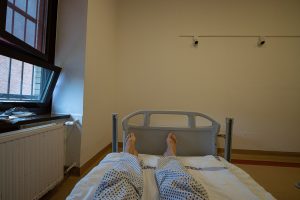 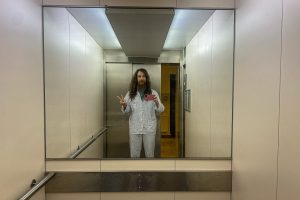 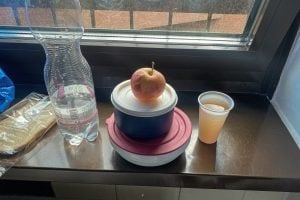 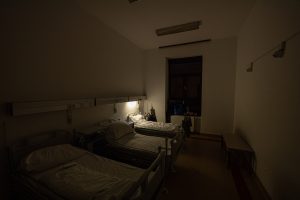 my bed in the hospital