This post is about a 21km walk from Alsónémedi to Budapest. The way into the city is difficult, and my body hurts.

The road to Budapest is a nightmare.

It is narrow, there is a lot of traffic, and at one point I have to cross a highway on an overpass. There is trash everywhere. It’s mostly plastic bags that have been arranged in little heaps, as if to say: this is where the trash goes! Sometimes, however, everything is all over the place, laying in the grass and hanging from the trees. It’s as if the roadside had been rearranged by a tornado.

At ten o’clock sharp a woman with platinum blonde hair parks her Passat on the shoulder of the road and gets out. She ventures off into the bushes for a short while, then she comes back and stands around next to her car. She is wearing blue hot pants.

When I shyly wave at her she ignores me. It’s understandable. What I want to express is a sense of solidarity: hey! I want to tell her, you are not alone out here breathing the exhaust! But what she sees is a bearded weirdo pulling a refrigerator, waving at her from the other side of the road.

Budapest fights back at me as I squeeze past the trucks and the cars. It is incredibly noisy, and my whole body hurts.

When I sit down in a quiet spot two wiener dogs bark at me from behind a fence. They work themselves into a mindless frenzy, and they don’t stop barking as long as I am there. I feel the urge to walk over and kick them in the nuts.

Instead I just leave.

When I find a quiet street to rest, I get out my ground pad and lay down on it. I do some stretches, hoping that they will make me feel better. They don’t.

I tell myself that it’s not far anymore. I have seen the hills of Budapest the day before already. There is an Airbnb waiting for me in the center of the city. And once I’m there, I will rest for two weeks and regain some of my strength.

I will watch TV and sort my photos. I will do some sightseeing. Sometimes I will cook and sometimes I will order food. I will visit the thermal spas that Budapest is famous for. Maybe I will get a massage. And I will have some goddamn pancakes! The Airbnb is booked, I just have to get there, and then everything will be alright.

I just have to get there.

the walk from Alsónémedi to Budapest: 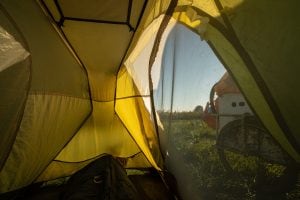 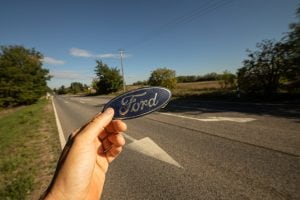 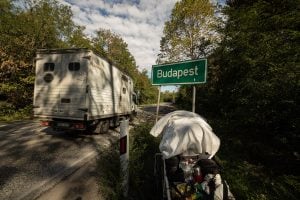 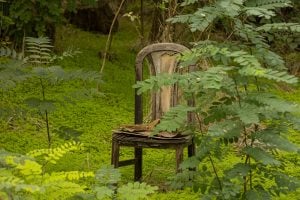 someone didn’t want this chair anymore 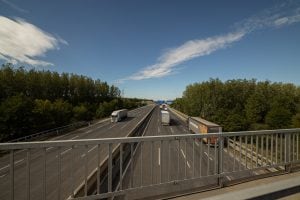 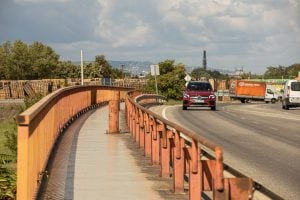 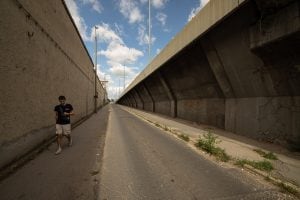 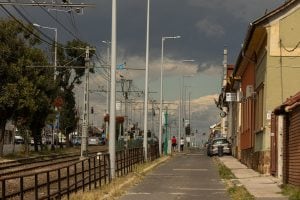 a service lane in Budapest 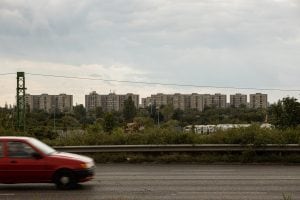 prefab buildings in the outskirts of Budapest 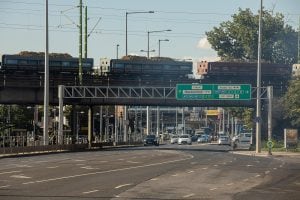 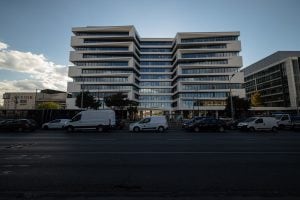 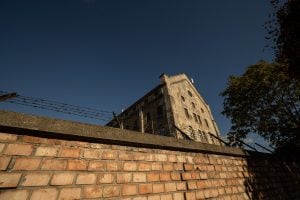 what’s with the barbed wire? 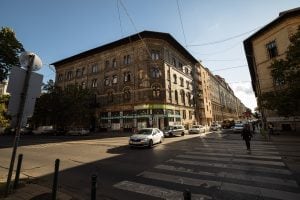 the center of Budapest turned out to be quite pretty

Day 612
from Alsónémedi to Budapest