This post is about a 27km walk from Törtel to Csemő. I get stuck on a difficult road, and it takes me hours to walk just a few kilometers.

I woke up in a sort of Teletubby land: blue sky, white clouds, short grass, soft colors. The tent was wet, so I decided to rest a bit more.

When I woke up the next time, a flock of sheep was grazing outside. Two shepherds had come with them and wanted to talk, but we didn’t understand each other, and I felt too lazy to deal with the translation app.

About an hour later I was stuck in sand. The road had ended and transformed into a dirt path, and the dirt path had turned into something akin to a beach. The sand was deep, and the walking was miserable. I huffed and I puffed, and I pulled the Caboose as hard as I could, and yet she would hardly move. This went on for a while until I was back on a regular road.

But then, of course, the road turned to sand again, and I was miserable for a long time.

Hours later, when the sun had just set, I walked past a pizza place in the village of Csemő. I decided to sit on the terrace and order a veggie pizza. At this moment the sky broke, and a heavy rain came down just as I was enjoying my pizza. Luckily both Caboose and I were under a patio.

I checked the weather forecast. It didn’t look good. Where was I going to sleep if it rained all night? I checked the map and found a place called eco center nearby. It was on the edge of a forest, and in the introduction it said something about hiking.

beer at the eco center

I got there just in time: right when I pulled the Caboose onto the terrace the sky opened up again, this time heavier and longer than before. I sat on my chair for a while, wondering if it would be okay to sleep there, in the shelter of the overhanging roof.

The eco center seemed empty, but there were security cameras everywhere, and some outside lights were on. I drank a bottle of beer that I had brought from the pizza place. It was an IPA, and it tasted pretty good to the soundtrack of the rain. 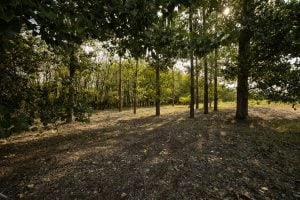 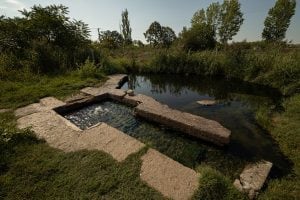 the hot springs of Törtel 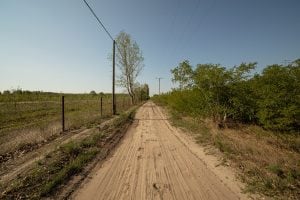 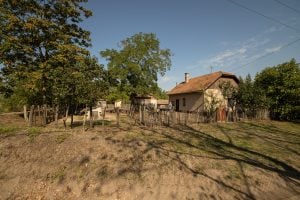 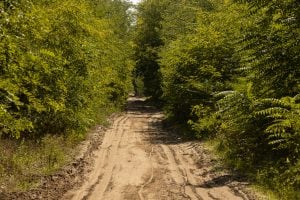 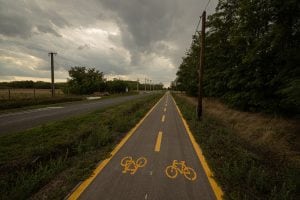 a bike lane near Nyársapát 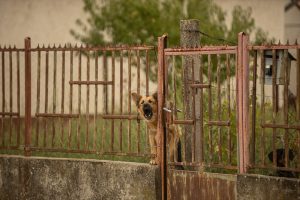 lots of mean dogs on the way 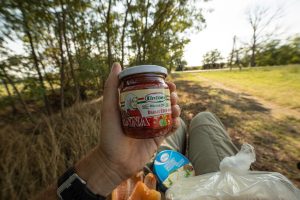 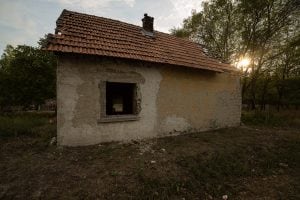 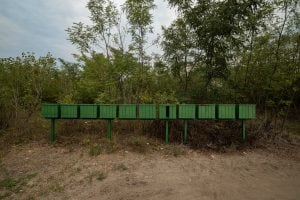 are these mail boxes? 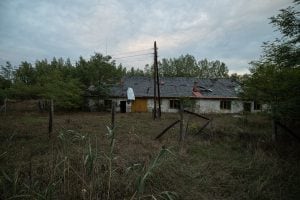 not so fancy house 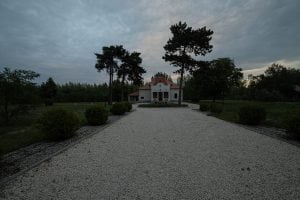 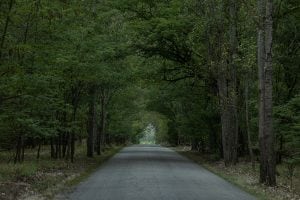 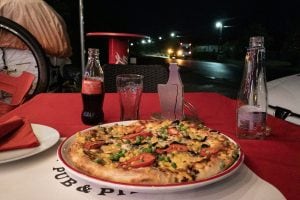 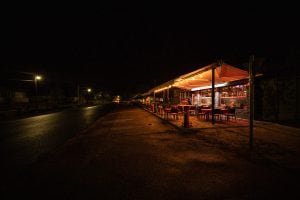 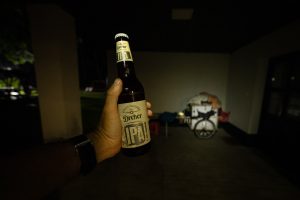 bear in the eco center