This post is about a 27km walk from Szolnok to Törtel. There’s a brief intermezzo on the EuroVelo 11, and a good camping spot at night.

I had my bi-weekly online therapy session in the morning. After that I messed around with the computer, trying to create a backup of a backup of my recent footage. It took me almost until noon, and in the end it failed.

I felt uneasy when I eventually packed up my stuff and started walking. A backup without a backup is no backup.

There was a bike lane along the river at first. I passed a school building, and I could see groups of children getting PE class on the river banks. Some of them looked more physically talented than the others, but all of them had a certain bounciness to their steps. When they walked, they bounced, when they ran, they bounced, and when they jumped, they bounced. I looked down at my legs, and I felt about as bouncy a mammoth.

After a while I hit the EuroVelo 11. It was just like the EV 6 in Serbia, only more glorious: during the short time that I traveled on the EV 11, it was a dedicated bike lane on an embankment that kept a bit of a distance from the road. Of course that, too, stopped at some point, and I had to get back on the road. It couldn’t have been any shittier if it had been in Romania: the road was narrow, it had potholes, and many of the drivers on it were freaks.

I walked until the sun started going down. The map indicated that there were some thermal hot springs in the area, so I left the road and started walking through the fields. I started looking for a place to camp, but all the possible spots were either too visible, or the grass was too high, or the ground was muddy, or there were a bunch of mean dogs nearby.

And so I continued walking towards the hot springs while it kept getting darker.

At one point a small truck stopped in front of me. The driver’s name was Aaron, and he told me that he owned some land where I could sleep. He led me there in his truck. It was a meadow between some forests, a place where the grass had been nibbled short by flocks of sheep over the summer.

the walk from Szolnok to Törtel: 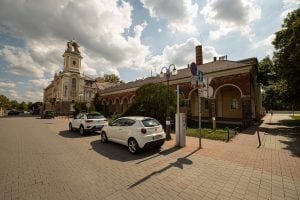 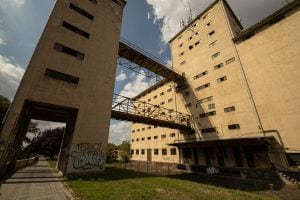 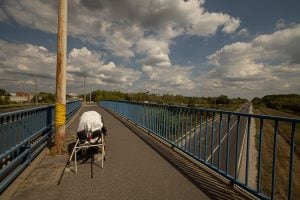 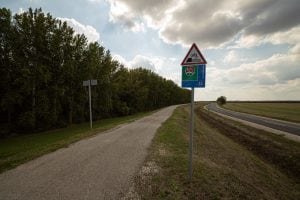 the EuroVelo 11 near Szolnok 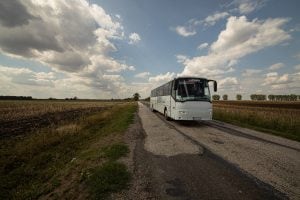 aaaand back to the road 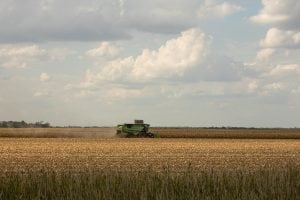 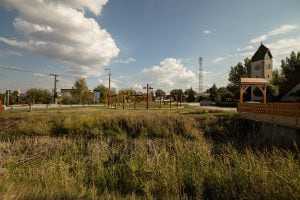 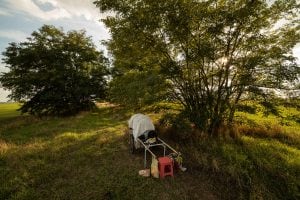 dinner in the fields 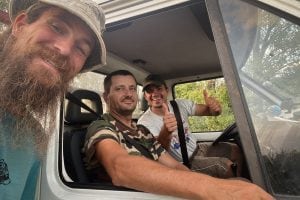 Aaron in his truck 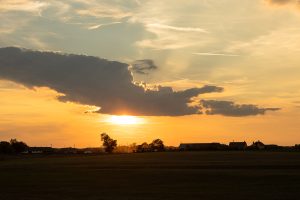 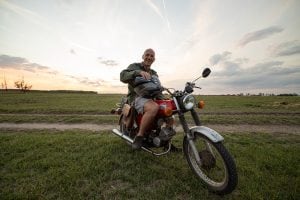 he introduced himself as Zoltan the teacher 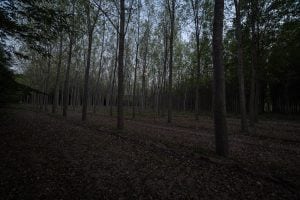 nightfall in the forest 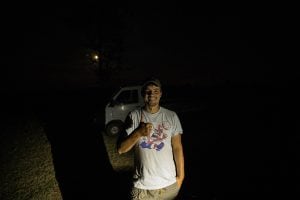 Aaron in his fields

Day 608
from Szolnok to Törtel