This post is about a few lazy days at the Base Camp For Adventurers in Negotin. I hang out with Bojan and his family, and I play with Ralph.

I spent the whole day at Bojan’s place, the Base Camp For Adventurers. Well, actually I spent two days there. And I would have loved to stay longer.

I knew Bojan through my friend Rajko the cyclist. He had set up the contact via another a mutual friend who was also a cycling enthusiast. It all reminded me of what Rajko had once told me: to him, all cyclists were brothers and sisters.

This was why Bojan had created the Base Camp for Adventurers in his family home in Negotin. The EuroVelo 6 – a cycling route that went from the French Atlantic coast all the way to the Black Sea in Romania – passed right by, and he had wanted to set up a place for the cycling community to come together and relax.

And now I was there, too.

Bojan’s Base Camp was right in the center of Negotin, in an old family villa with a garden and a private tennis court. He offered rooms and permanent tents with comfy mattresses, or people could set up their own tents in the yard. There was a lot of good food and company, people could rent bikes, and every guest was greeted with a cold Zaječarsko.

I wasn’t a cycling tourist, but the Caboose had two wheels and a spare. So she went to the garage to hang out with the other bikes, while I got one of the permanent tents in the garden, a meal, and a beer.

Bojan showed me pictures of some of the travelers who had stayed with him over the years. He also had a collection of books about cycling.

I ended up staying two full days at the Base Camp. I hung out with Bojan and his family and with a bunch of cyclists who were mostly from Germany and France. Bojan had a few cats and dogs, and whenever a tiny white terrier called Ralph came over to play, we rolled around on the ground for a little while. 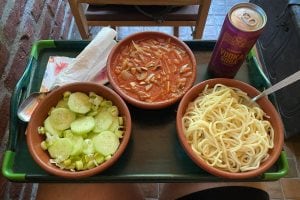 dinner at the base camp 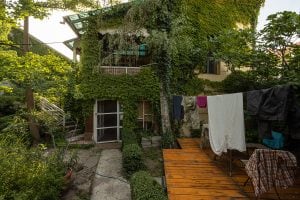 Base Camp for Adventurers in Negotin 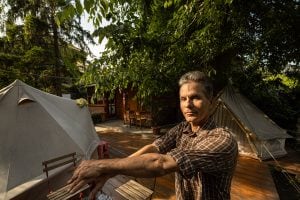 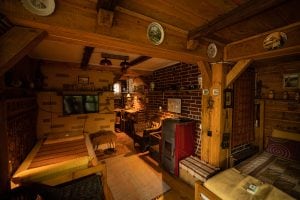 one of the rooms 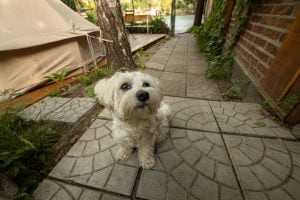 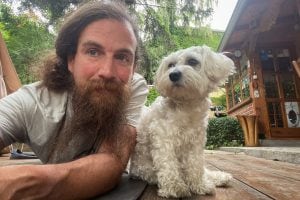 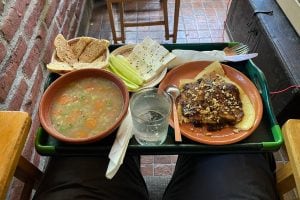 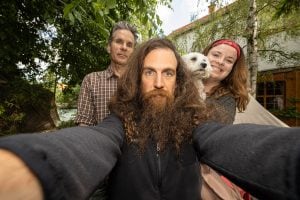 The Longest Way at the Base Camp For Adventurers in Negotin 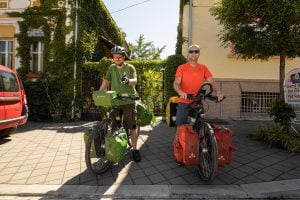 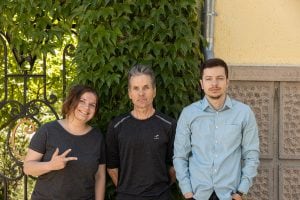