This post is about an 28km walk from Bucsa to Kisújszállás. The roads are bad and the fields remind me of another country.

I woke up to the sound of rain on my tent. I waited until about nine, and then, once it stopped for a moment, I quickly packed my stuff and got going. The village of Bucsa was close by, and it had a supermarket. I went in and bought some apples and a donut. I didn’t have much hope for the donut, but it turned out to be very tasty.

breakfast and the wind

It was sweet and soft, with just the right amount of crunchiness in the frosting. I still had some leftover tea from the day before, and so I sat next to a house in the village and ate my donut and drank my leftover tea, and it was perfect.

From that moment on, the day became a mixed bag. The temperatures had dropped to about 20°C, which should have made for some easy walking. But then there were strong winds, which almost ruined it. A constant light rain meant that I didn’t dare to take the dirt roads through the fields, lest they turned into a mud fest. And so I had to walk on a country road that was a bit too narrow and a bit too busy for my taste.

At some point I couldn’t stand it anymore, and I walked off into the fields anyway. It was the same dirt path and the same fields as the night before, only this time it wasn’t dark yet, and I could actually look around a bit.

I ended up walking through the fields for hours. The paths that led through them were arranged almost like a checker board, so it should have been quite easy to navigate them. But there were canals, too, and lots of them. You needed to find the bridges that led across them, otherwise you were screwed.

Hungary, I thought, was a bit like the Netherlands, just without the legal weed, the ridiculously tall people, and a functioning democracy. 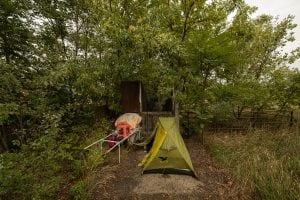 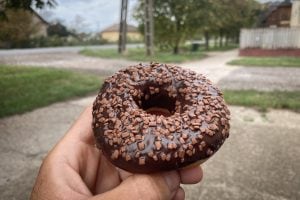 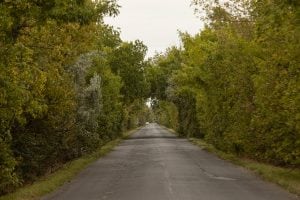 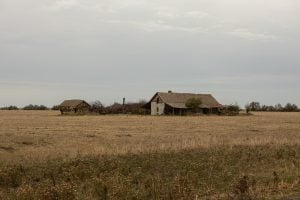 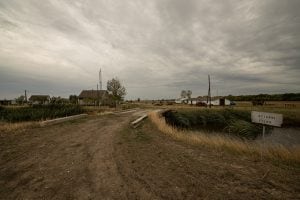 the beginning of the dirt road 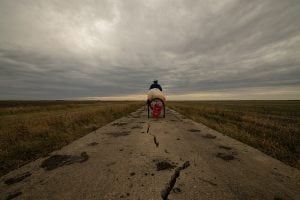 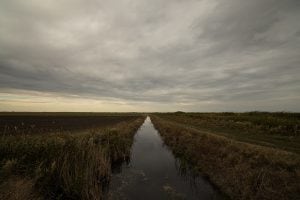 one of the canals 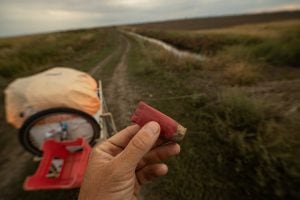 I found lots of shells everywhere 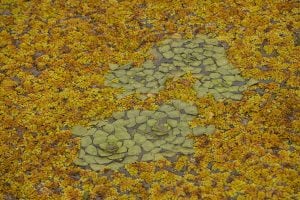 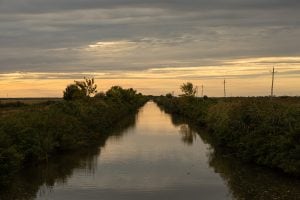 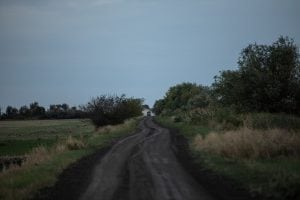 a truck on the dirt road 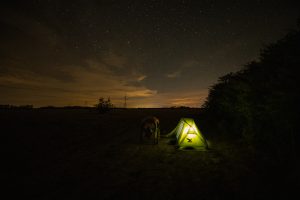