This post is about a 36km walk from Castle Füsti to Bucsa. I struggle with the road for a while, then I take a dirt path through the fields.

Today was the last day of August

It was 5:30 when I woke up in the castle courtyard. I was in my new bivy bag. For a moment I thought about the stars that I had looked at before falling asleep, and then I remembered that I probably shouldn’t be there.

the village of bicycles

The castle had been dark and quiet all night, but that didn’t mean it was going to stay like that during the day. I decided to pack my things and leave before anybody would show up.

The road was almost perfectly straight for a long time. At some point I reached a village called Sárrétudvari that amazed me by having a proper sidewalk with a bike lane right next to it. I saw a lot of people riding their bicycles in that village. It was beautiful.

After the bicycle village I walked along an ordinary road with no sidewalk or bike lane for a long time. Some of the drivers weren’t so nice, and once I almost got hit by a delivery van that was overtaking another car.

when they come for you

I was happy when I finally reached an unmarked road that seemed to be almost free of traffic. Then a police car showed up behind me. The cop demanded to see my passport and wanted to know what was in the Caboose.

It took him a while to fiddle with his things, and in the end he told me I couldn’t walk on this road because it was private. Also, he said that it led nowhere. I showed him how my navigation app claimed that this was the way to Bucsa, and I explained that I didn’t want to be on the major roads because of the traffic.

Because I didn’t want to die.

The cop let me go, then he drove up to a farm that was a few hundred meters ahead and stopped there for a few minutes. It looked as if he was talking to somebody. When I arrived at the farm there were two men in work overalls waiting for me. One of them introduced himself as Janos, and he offered to show me the way through the fields.

They got into a truck and drove ahead of me for a little bit, then Janos pointed into a direction and – with the help of a translation app – told me to follow a dirt path until I got to a bridge where I had to turn right (“you absolutely must turn right!”) and then again turn left a bit later, and that was the way to Bucsa.

I walked through the fields for a long time that night. Sometimes I saw a deer or a rabbit, but never any people. I liked it. When it got dark it turned out that my head torches were both almost out of battery. A strong wind arose, and I started to suspect that it was going to rain or even storm during the night.

So I kept walking until I could see some lights in the distance, and when I noticed an abandoned building I pitched my tent next to it. 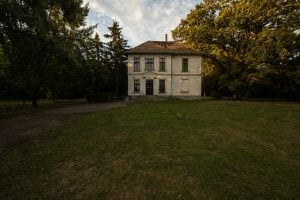 Castle Füsti in the morning 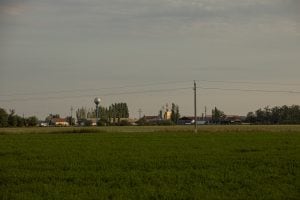 a farm in Eastern Hungary 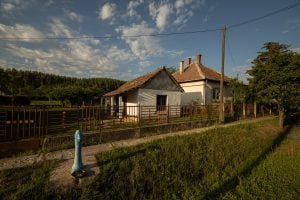 you can get water from the thing on the left 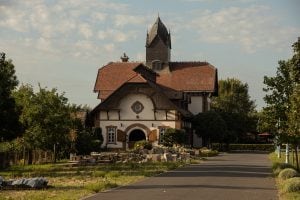 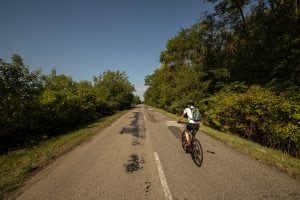 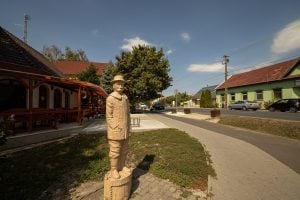 statue, possibly of the Monopoly Guy 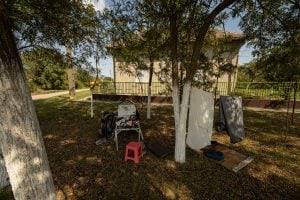 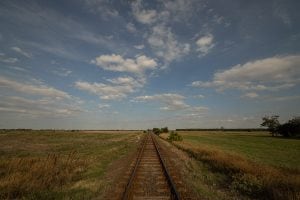 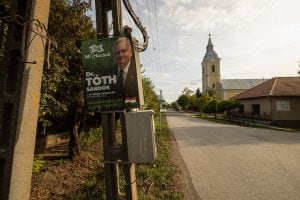 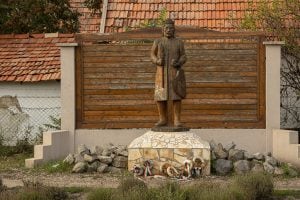 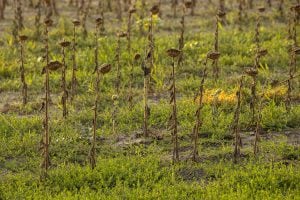 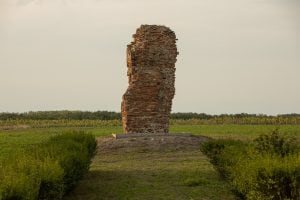 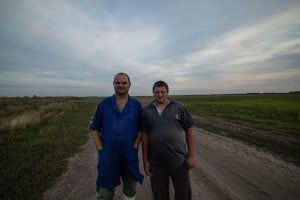 Janos and his friend 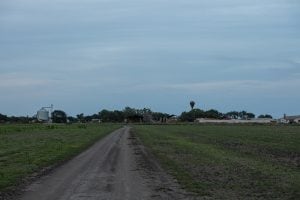 the path through the fields 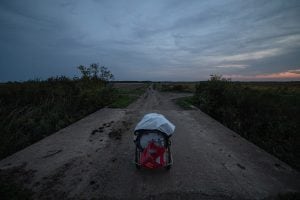 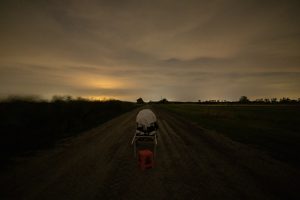 night in the fields