This post is about a 14km walk from Oradea to Borș. I make my way through the industrial zone on the way to the border with Hungary.

I left Oradea on a Saturday, thinking it was Sunday. Not that it mattered much anyway. It was still 35° celsius outside. I walked past the physical therapist office where I had gotten my massage. My back wasn’t completely good, yet, but it felt a bit better. I was wearing a capsicum patch.

The western parts of Oradea were home to a bunch of prefab buildings and some industry. The sidewalks were good, though, and sometimes there was even a bike lane.

Then the city was behind me, and I was walking towards the border. There was heavy industry on both sides of the road. One time I sat next to a building that was in the process of being torn down. I had my lunch there, in the shadow of the dying building.

Another time I ventured off from the road and onto a little hill that was covered in red earth. It looked a bit like an athletic field or something.

Then there was a village called Borș. It was the last one on Romanian territory. I found a restaurant and had a serving of pasta quattro formaggi. I only noticed after I had left that I had forgotten to order an expresso after my meal. It was regrettable, but I promised myself I would order many expressos once I was in Hungary.

There was a hotel right on the border. It seemed to cater mostly to truckers and to people who were crossing the border. I got the last room, and then I found out that it was also the only room where the air conditioning didn’t work.

the walk from Oradea to Borș: 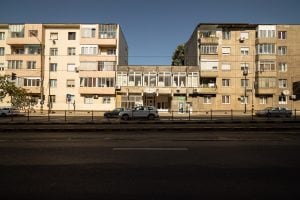 prefab buildings in the west of Oradea 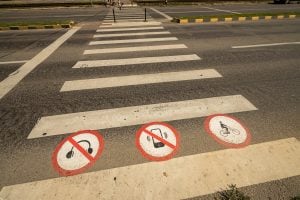 no headphones, no vibration, no bikes 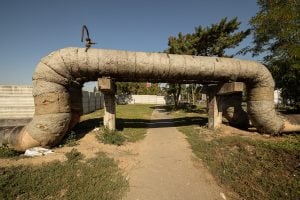 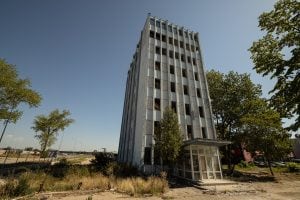 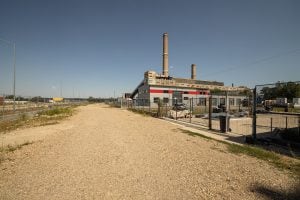 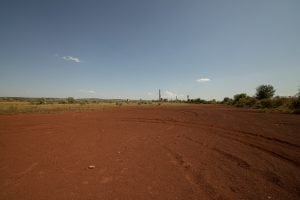 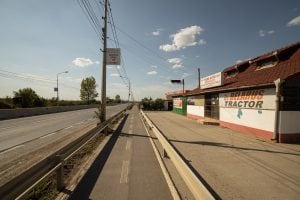 there was a bike lane almost all the way! 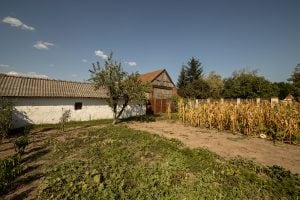 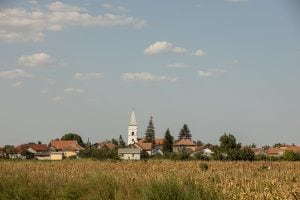 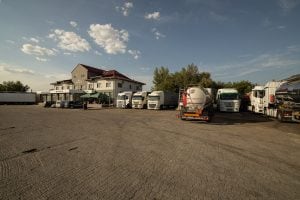 trucker hotel at the border

Day 601
from Oradea to Borș