This post is about a 17km walk from Mal to Boghiș. I wake up in a garage, then I get stuck in a muddy slope and break off the Caboose’s leg.

I had ended up finding shelter in a car body shop. It was the only place with an open gate. I ran into the yard, where two mechanics waved me into the garage. One of them was Alin, the owner. The other one was Ionuț.

“Remember me?” Ionuț said, “I was the guy who gave you water earlier!”

Well actually the conversation didn’t go quite as smoothly, since I speak no Romanian. “Apă!” he said, a word that I understood to mean water, and he pointed to himself making the gesture of opening a faucet.

I changed my clothes, then Alin gave me some soup and two shots of strong palinka.

I woke up on the floor of the garage, and when I looked outside it was almost as if nothing had ever happened. The sky was blue, the birds were singing, and Alin’s dog was very angry that I was there.

I didn’t scream. I wasn’t even particularly angry. Item by item I offloaded the Caboose and carried my stuff up the slope. Then, when I figured that she had shed about half her weight, I pulled her up. It was torturous, but it somehow worked. I reloaded her and continued walking.

My pants were dirty, I was tired, and the Caboose had no legs. When I walked past a car wash I asked if they did any welding. I looked up the word in Romanian: it was called “sudură”. They said no, they didn’t do any sudură. I asked in a few more places, even in some private homes where I saw people outside in their yards. Nobody did any welding.

Then I reached Tudor’s car wash. He didn’t do any sudură, either, he said. But his friend Vlad did. And so Vlad came over, and after much welding and much flexing, the Caboose had two new legs. Tudor’s family gave me lunch and a shot of palinka, and then I was back on my way.

the walk from Mal to Boghiș: 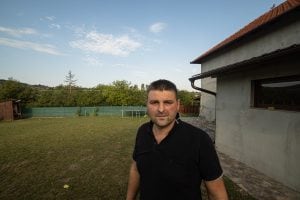 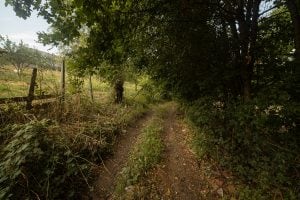 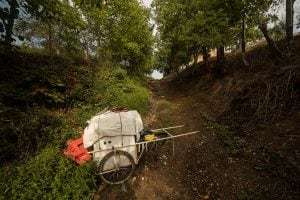 the Caboose before her leg broke off 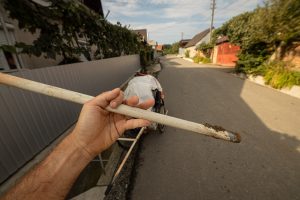 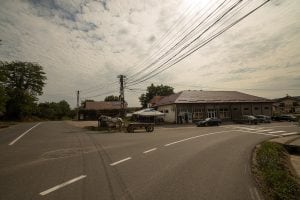 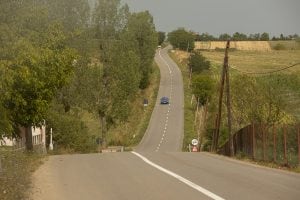 the roads still go up and down 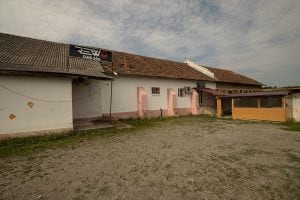 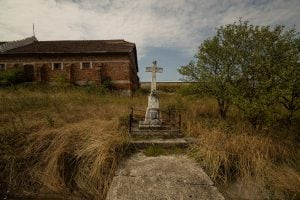 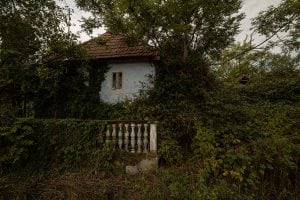 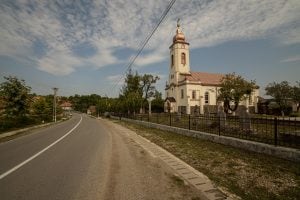 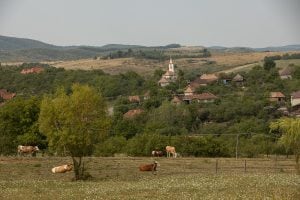 cows and the village 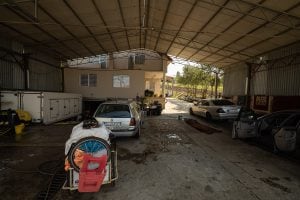 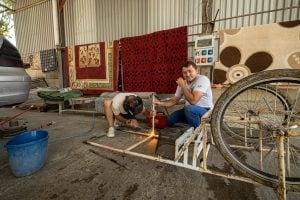 Tudor and Vlad welding the Caboose 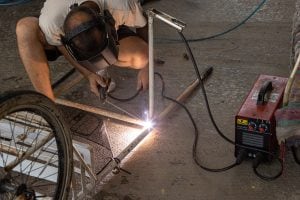 the Caboose getting her legs back 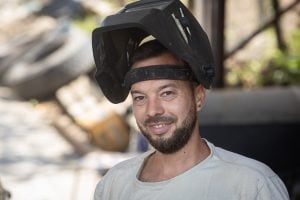 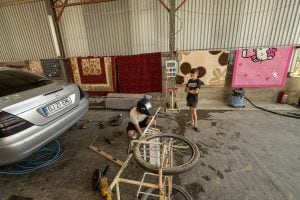 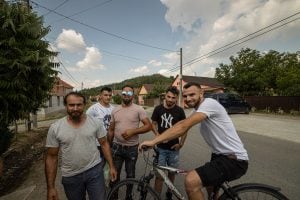 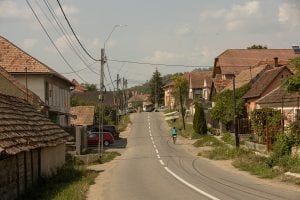 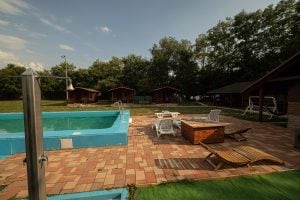