This post is about a 23km walk from Mesteacănu to Mal. First I get rained in while I’m still in my tent, then I get caught in a thunderstorm.

I had found a camping spot on a field next to some trees. They was forest all around but the people down in the village had assured me that there were no bears in this area.

Anyway I woke up with a sense of relief. No bears, good. As I lay in my tent looking at my phone, it started raining. This was shitty because all of my food was in the Caboose, which meant I couldn’t get to it without leaving the tent. And it didn’t stop for hours.

I got going at about two in the afternoon. The gravel road continued for a while, then it turned into asphalt. There was no traffic. I saw some houses, and I thought about going and asking the people there for water, but for some reason I didn’t. I still had a half a bottle, and then there was always the emergency water in the Caboose. It would be fine.

It took about two hours for me to finally ask a guy in his yard for water. He smiled and filled my bottles from his garden faucet.

I arrived in the village of Cizer and asked the people there for directions to the village of Mal. I liked that name very much: Mal. It meant “wrong” or “bad” in French, and it made me wonder about its meaning in Romanian.

It was getting dark at this point. I didn’t want to camp too close to the village, so I decided to follow the road up a hill and see if I could camp there.

That’s when I saw it: a massive storm front on the horizon. It reminded me of that day in China when I outran a storm in the desert.

Only this time I didn’t outrun it. I ran right into it. First, all of the remaining light got sucked out, then winds arose around me, violent and loud, and then the rain started. Oddly, I remember there being one distinct first drop, hard and fast like a warning punch. I was drenched within seconds after that first drop.

The village of Mal wasn’t far. I started running. But when I reached the first houses they were all locked behind gates. There was no place to hide from the storm. One time I saw a person standing in their door and I ran up to the gate and yelled “tourist, tourist!” but they just looked at me, a screaming silhouette behind a curtain of rain.

the walk from Mesteacănu to Mal: 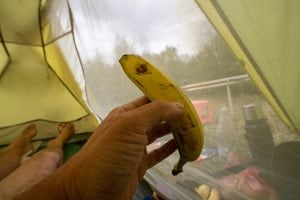 finally got some food from the Caboose 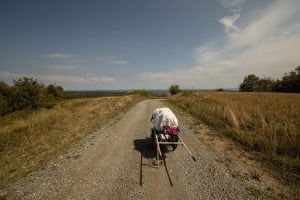 Caboose on a gravel road 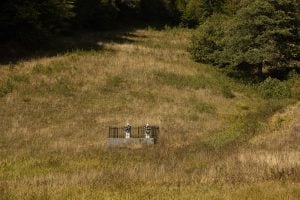 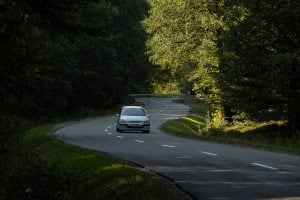 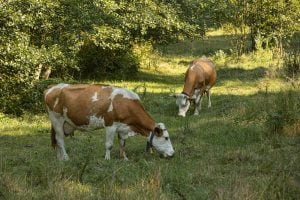 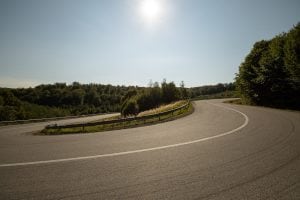 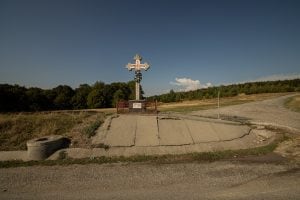 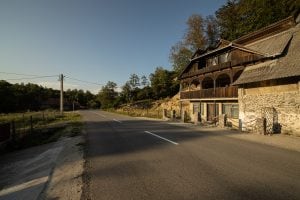 traditional house on the way to Mal 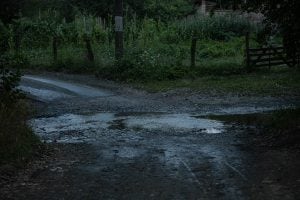 water on the road 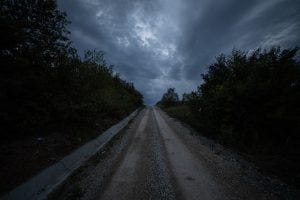 last incline before the storm 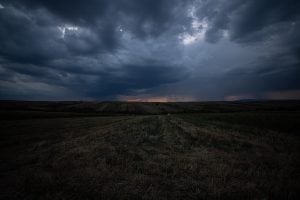 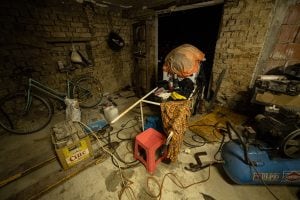 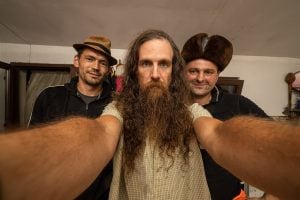 with Ionuț and Alin 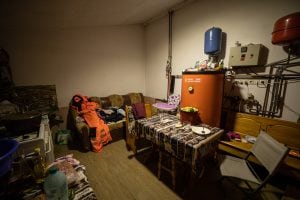 Day 594
from Mesteacănu to Mal