This post is about a 27km walk from Petrindu to Mesteacănu. I sweat a lot, and I fail to find a cold bottle of cola.

It felt good to be wearing a clean shirt again. The sky was overcast, so I figured maybe it would stay that way for a day or two. Wrong. As soon as the sun had come out I was drenched in sweat again.

I found a large tree and sat in its shade. I eat some beans, bread, bell peppers, and peanuts. And I drank tea. Then I spread out the bamboo mat and lay down to rest. In the distance I could see a shepherd with his flock, and I could hear his calls ever so faintly. One time a horse carriage passed by.

When I reached a village called Mesteacănu I felt a craving for a cold bottle of cola. I wanted to see the condensation drip down on my hand as I was holding it. That kind of cold.

A few of the buildings in the village looked abandoned while others seemed well taken care of.

The first shop didn’t have any cola. Or rather: the owner, who was sitting outside having beer with some friends told me to go further down the street to another shop.

the shop that had cola

The second shop had cola, but it wasn’t cold. They told me they could put it in the freezer for a little while, so I said yes. And then I sat there. A man appeared and talked to me. He spoke some English. He used to be a tax inspector, he said. Then another guy appeared along with his wife and a bunch of kids. He was missing some teeth, and he was very drunk. He was holding a can of beer. I wondered if it was cold.

“Do you want some juice?” the drunken man asked me in Romanian.

“So I will buy him a cola!” the drunken man said.

I was amazed that I somehow managed to understand this much.

No thanks! I said. I already have a cola in the freezer.

“But I will buy you a second one!” said the drunken man.

“An extra one!” said the tax inspector.

The road turned into gravel after this, and it went up a hill. I walked until the evening sun turned everything to gold, then I sat down and had my lukewarm bottle of cola. 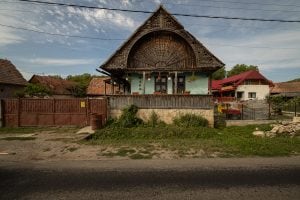 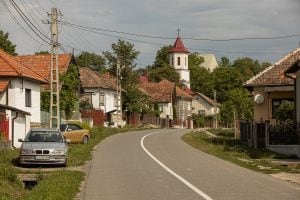 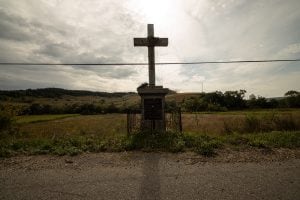 many crosses in Romania 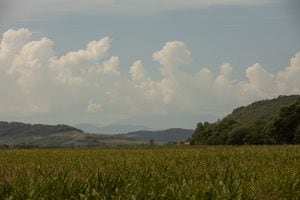 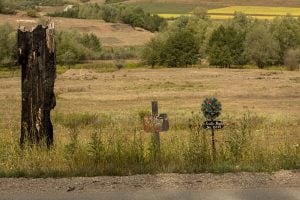 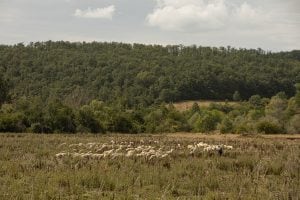 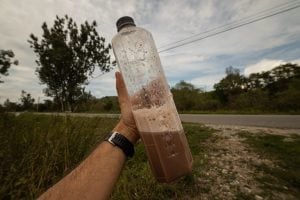 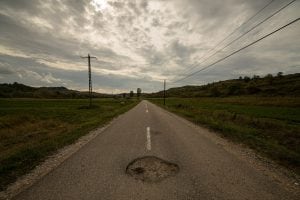 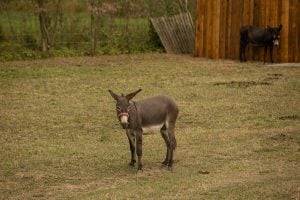 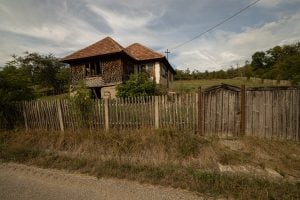 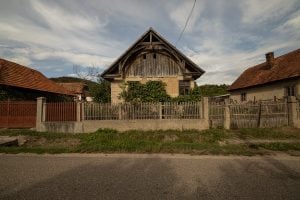 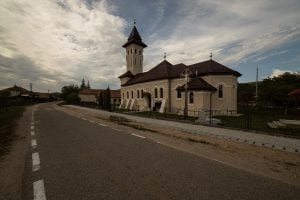 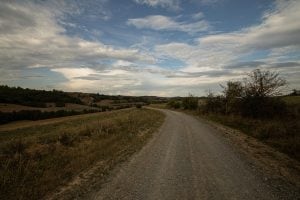 gravel road through the hills 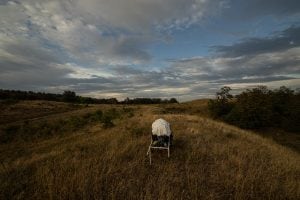 Caboose looking for a place to camp 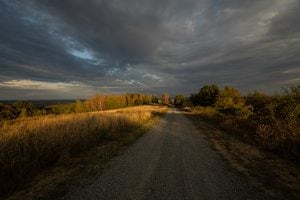 evening in the hills 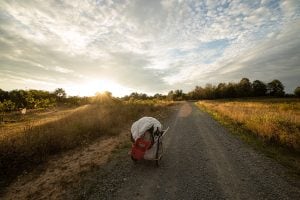