This post is about a 28km walk from Cerghizel to Târgu Mureș. I walk through fields and on crazy roads, and I get my fifth rabies shot.

When I woke up in the morning I was still alive. I hadn’t even been stung. Thanks, little dudes! I said to the bees, but since they were waking up and going to work I decided to wear the beekeeper’s hat anyway while I was packing my stuff.

I watched the beekeepers at work for a few minutes, but then I got scared and ran off. It was enough. I had proven that I was a manly man.

The way to Târgu Mureș led me along a dirt path through some fields. There were sunflowers, and there was wheat. It was easy walking at first. I saw the city from afar, and it looked like some sort of industrial dystopia, but I wasn’t there yet.

the shitty roads of Romania

Then I arrived in a village, and then I was back on one of the main roads. It was the usual: narrow lanes, lots of traffic, reckless drivers.

I said the word “fuck” a great many times.

Then there was an area full of weird half-finished villas. It all looked very tasteless and random. Then there was a sign that said I had reached the city limits, and then I was in Târgu Mureș.

The guard in this hospital was slightly less patient than the one before. But again I managed to talk to a nurse, and she took my passport and told me to wait. About one and a half hours later I had received my shot and an invoice that I was supposed to pay. Why did I have to pay here and not the four times before? I asked them.

the walk from Cerghizel to Târgu Mureș: 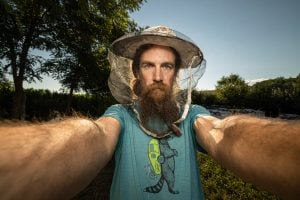 TLW in a beekeeper hat 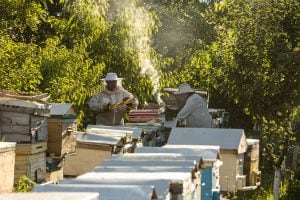 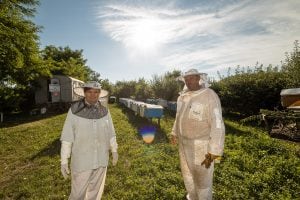 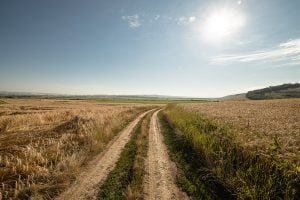 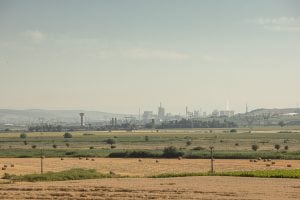 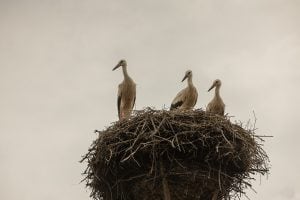 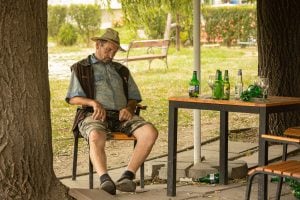 gentleman who has finished something 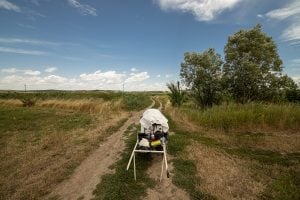 Caboose in the fields 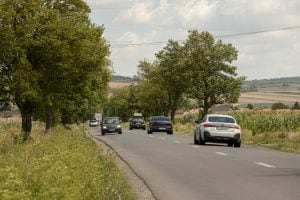 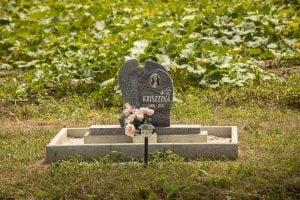 a victim of the road 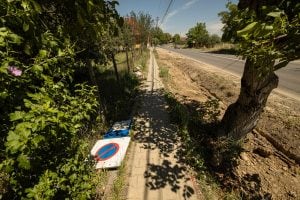 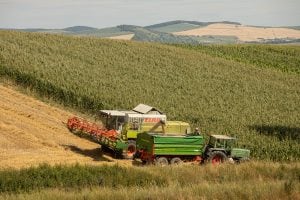 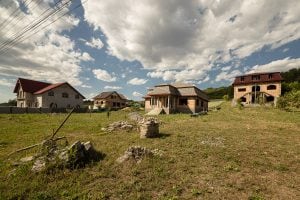 villas outside of Târgu Mureș 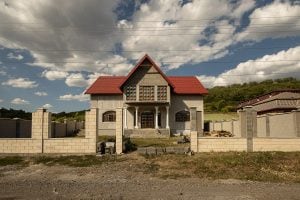 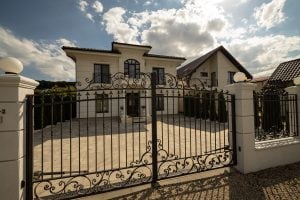 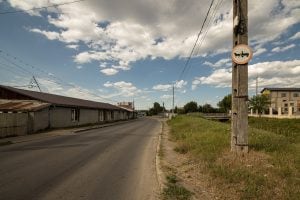 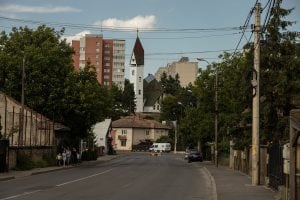 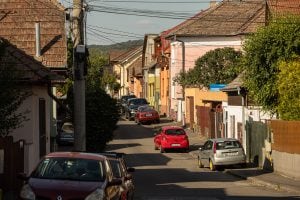 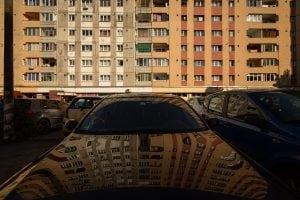 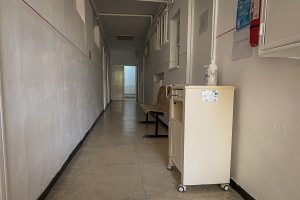 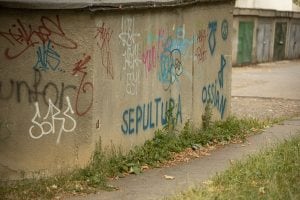 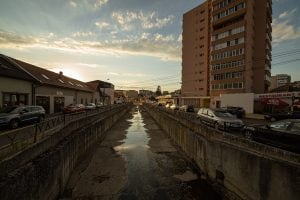 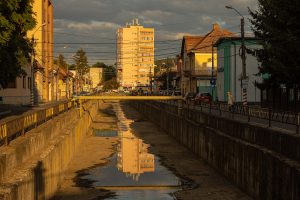 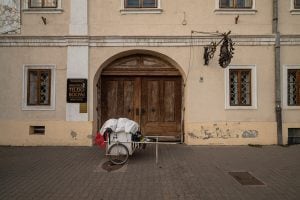 Caboose in front of the Bolyai Museum 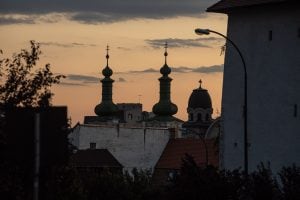 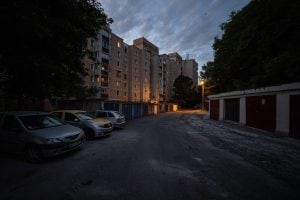 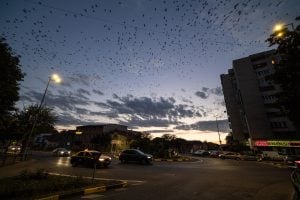 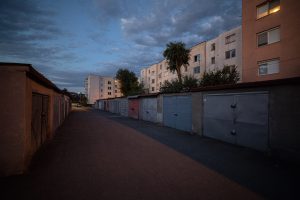 a garage for the Caboose

Day 584
from Cerghizel to Târgu Mureș