This post is about a 20km walk from Brădeni to Sighișoara. I learn that there are bears in the region, and I make a plan for Werner.

The night had been weird. We had camped in a patch of forest. It was close to the road and close to a place where a bunch of dogs were guarding something. We could hear them sometimes, barking into the night at the end of the forest.

I woke up at some point after midnight because the guard dogs were going crazy. Then Werner joined in and started barking into the darkness. It took me a while to understand that they were not barking at each other, the dogs and Werner. They were barking at something else.

The barking died down after a while, but I fell asleep clutching my can of pepper spray.

When we reached a village in the morning I went into a shop and bought some food for myself and some for Werner. They didn’t have any dog food, so I got him some cat food, which he loved.

Then an old man who spoke German asked me if I wasn’t afraid to be walking around here, what with all the bears. Bears? I answered, I thought they were in the forests near the mountains and not down here?

He shook his head. There were so many bears here, he said, that there was an incident every single week. A chicken gone, a trashcan plundered, that sort of thing.

I looked at Werner munching on his cat food. Goddammit, Werner, I thought, did you save me during the night?

We met Alexander from Israel a few hours later. He was riding his bike through Romania, and since he wasn’t the hurried type, he stopped and we chatted for a while.

“What are you going to do with Werner?” he asked me.

I told him I wanted to get to Sighișoara, and then I wanted to take him to the vet. We would get him checked up and vaccinated, and then I would try to find a family for him. Maybe we could even walk together until I found one.

country dog in the city

Werner, the Caboose, and I entered Sighișoara on a side road. I was trying to avoid traffic as best I could, and it worked out well until we got to the center. I had booked a hostel in the old town. We crossed a street and reached a place with a bunch of restaurants and cafés.

That’s where Werner left me.

It must have been the sensory overload from all the smells and sounds. First he went into one restaurant garden, then into another one. He was between the tables, scurrying around, looking at all the people having dinner. Soon I lost sight of him. I called him, and then I went back to try to fetch him. One time I saw him behind some bushes but when I got there he was already gone.

Werner? I called him.

the walk from Brădeni to Sighișoara: 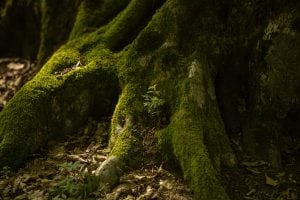 in the forest near Brădeni 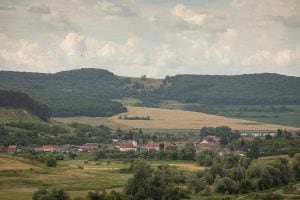 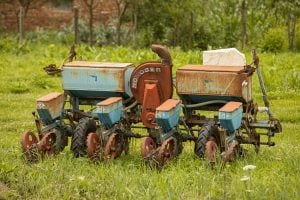 agricultural something near Sighișoara 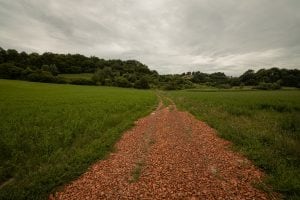 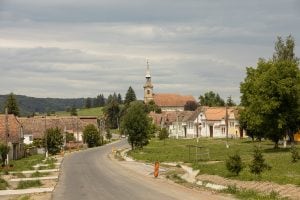 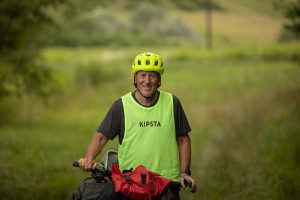 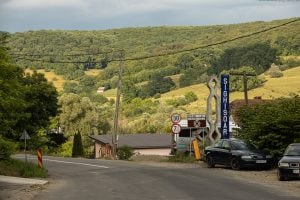 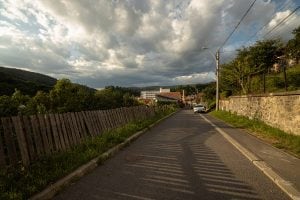 side road into Sighișoara 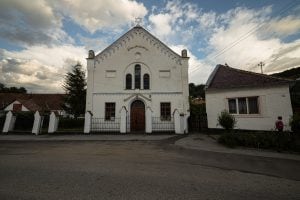 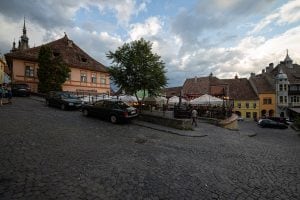 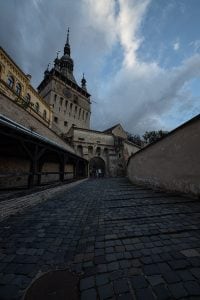 Day 580
from Brădeni to Sighișoara