This post is about a 22km walk from Agnita to Brădeni. My plan to get rid of Werner has failed, but some kids in a village want to have him.

Aaaaaand of course he was still there. He looked at me, wagging his tail as if to say: “I knew you’d be back, dude!”

Goddammit, Werner, I said as I loaded up the Caboose: why won’t you go your own way? But he just looked at me, wagging his tail.

And so again we walked together. I made some oatmeal in the shade of a tree, and Werner drank some water from a canal. The road was long and hot, and I was happy when we reached a village that had a little store. I bought a few bananas there, some water, and a loaf of bread. When some of the bread fell to the floor and Werner picked it up I wasn’t angry. It may or may not have been intentional.

Then, as we were approaching the village of Brădeni, some kids on bicycles appeared and started asking questions. They looked as though they were about fourteen years old and from Romani background. It was difficult to understand what exactly they wanted, but it became clear that they were asking me if Werner was my dog and if they could have him.

I told them the truth: Werner wasn’t my dog, and if they were nice to him he would probably stay with them. I even used the translation app to tell them to give him some food. They shook their heads. They didn’t have any food for Werner.

I was surprised to see that instead of trying to win his trust they tried to catch him. They would position themselves in our way and then try to get a hold of him. But Werner didn’t want to be caught, and so he kept running away from them, cutting through the fields and jumping over canals, catching up with me as I kept my pace on the road.

At some point the kids grew breathless and asked me to call Werner for them. But when I did call him, he lay down under the Caboose in the space between my feet. I had never given him any food, any water, or any attention. But he felt safe there, under my legs. 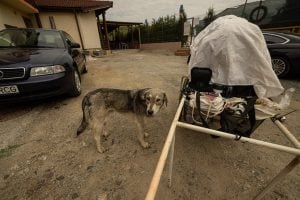 Werner in the morning 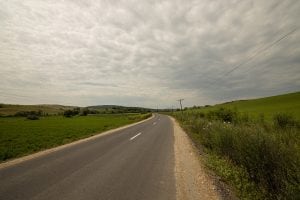 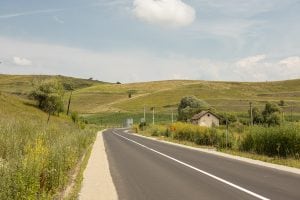 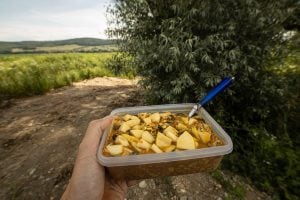 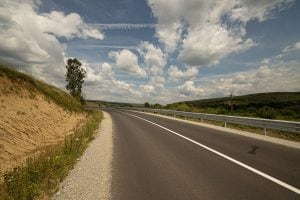 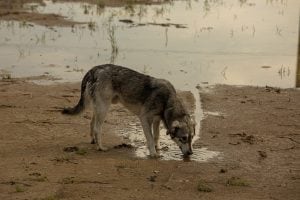 Werner having some water 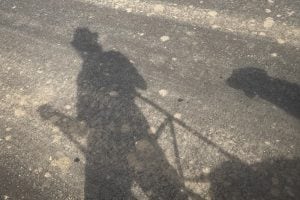 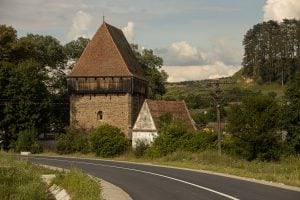 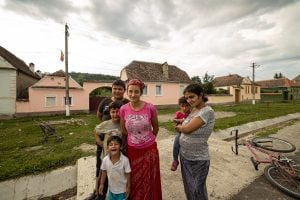 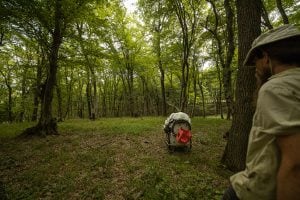 camp in the forest 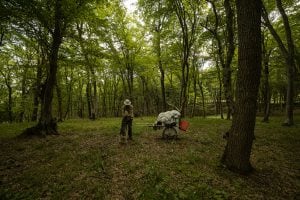