This post is about a 28km walk from Daia to Ilimbav. I look at the fortified church of Hosman and meet Werner the dog.

It had stopped raining. I left the silence of the guesthouse and walked out onto a country road. There were no people and no cars. Then the road got busier and busier, and soon enough I was fearing for my life.

A lady in a car told me about a detour through the villages. There was an old fortified church I could look at on the way, she said. She had moved here from Germany. She liked living in Romania, even if the roads were insane.

When I got to the fortified church of Hosman I sat down and had my lunch there, in the shade of the outer wall. The church was massive and fortified indeed, a place where the villagers could seek shelter in case of an attack. And there had been plenty of attacks in the High Middle Ages, with the Ottomans, the Romanians, and the Hungarians fighting for control of the region.

I had been thinking about Werner Herzog a lot these days. Why did so many people like his movies? I found them terrible, and I mean utterly terrible. Aguirre or Fitzcarraldo were cringefests, and Bad Lieutenant was bad to a point where it seemed almost satirical. I didn’t care for Herzog’s writing either.

One thing that struck me was that with Werner Herzog it never seemed to be about the work as such – it was always about some sort of meta-narrative: how he got shot with an air rifle during an interview, how his DP smashed his hand, how he wanted to kill his main actor, etc. etc.

That being said, Werner Herzog’s documentaries were almost unbelievably good. Into The Abyss and Grizzly Man are still among the best documentaries I have ever seen.

I was still wondering about all of this when a dog appeared next to me. I petted him, thinking he probably belonged to someone in the village (he looked healthy and well-fed, and his coat was shiny).

And then he came with me.

I didn’t want to have a dog. I didn’t need a dog. It was dangerous to have a dog on the busy roads. And yet this strange dog came with me. I called him Werner, and I didn’t give him any food or water or even just any attention.

I didn’t want to encourage him.

the walk from Daia to Ilimbav: 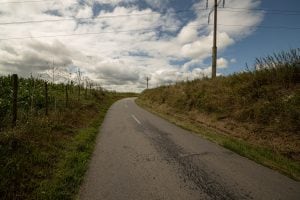 the road out of Daia 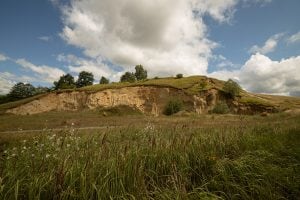 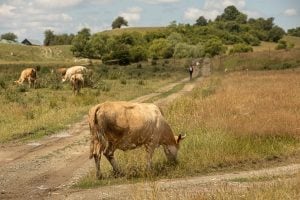 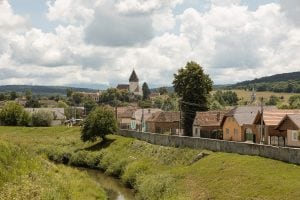 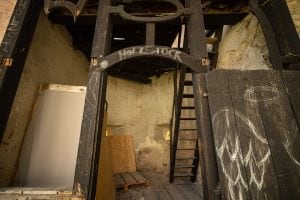 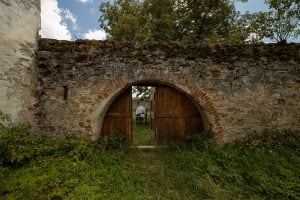 back gate of the fortified church of Hosman 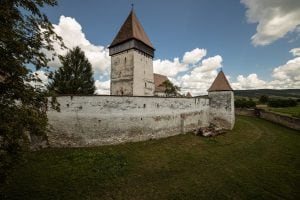 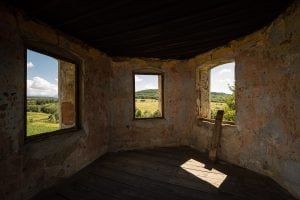 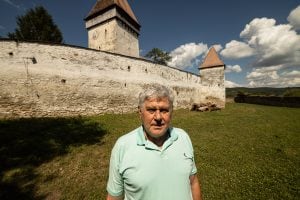 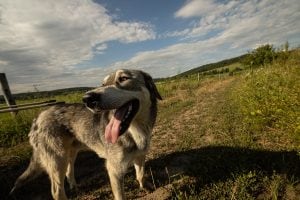 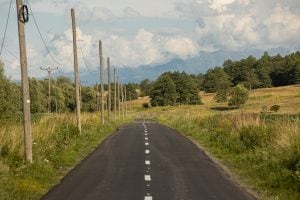 the road to walk from Daia to Ilimbav 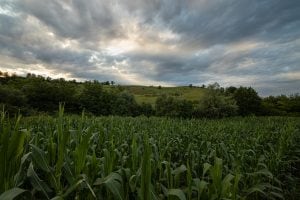 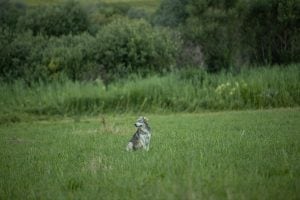 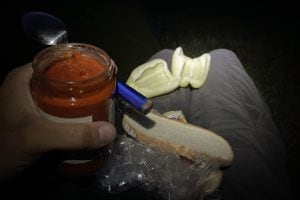 Day 577
from Daia to Ilimbav