In the morning I heard raindrops fall against the window of my room. I was alone in the tower. There were no other guests in the Flanderhof Manor. I decided to stay in and read a book.

I had a book with me that an old lady had handed over to me a while ago. “It is pornographic,” she had warned me. Why did she give it to me, then? “Well,” she said and laughed, “because you’re depraved anyway!”

The manager of the guesthouse gave me a tour of the premises.

what the professor did

A Belgian art professor had bought the building complex more than two decades earlier, and he had renovated everything quite thoroughly. Or rather: he had built a bunch of it from scratch. There was a tower with a few houses attached to it, and in the back yard across from a wooden bridge there were three traditional cabins. Everything was very tasteful.

My room was in the tower, where the staircase doubled as a library. There was a well-equipped kitchen at my disposition, so I went out and bought some eggs and some beans and some vegetables, and I made myself a few meals.

Then I sat in the yard under a canopy and read my book. And when I finished it, I left it in the library in the tower. Maybe someone else would find it there. 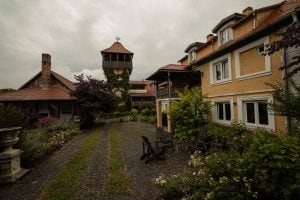 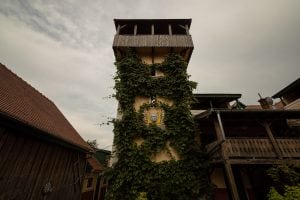 the tower of Flanderhof Manor 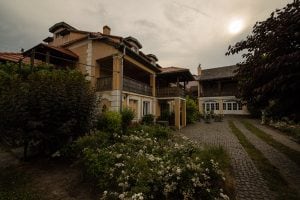 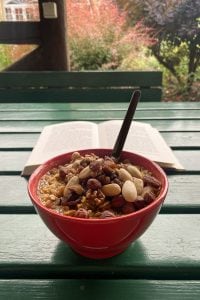 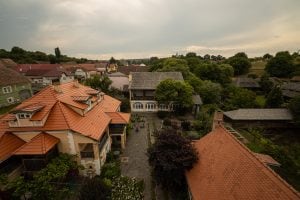 the view from the tower 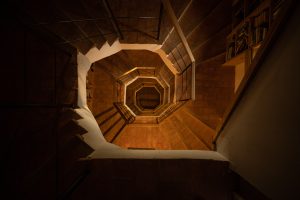 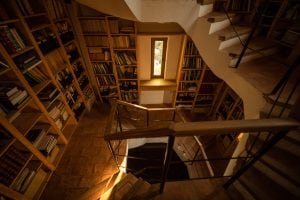 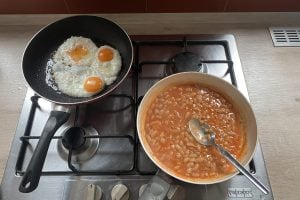 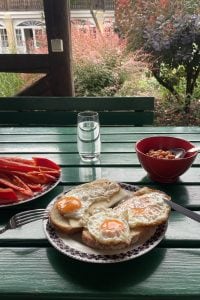