This post is about a 12km walk from Sibiu to Daia. I get a bit lost on a shortcut, then I get a room in the guesthouse of all guesthouses.

The way out of Sibiu was a bicycle lane that was new, shiny, and green. I was completely alone on it, and there wasn’t much traffic on the road either. And so everything was good.

Then the bicycle lane stopped and gave way to a typical Romanian country road: it was narrow and busy, and the cars were going very fast. It made me fear for my life, and I hated every second of being on that road.

So when I noticed a shortcut on a gravel road I didn’t think twice, I just took it. But of course the gravel turned to dirt, and the dirt turned to grass, and soon enough I was in the middle of nowhere, looking at flocks of sheep in the distance.

The worst thing was that a thunderstorm was brewing on the horizon. I didn’t want to get caught by it while I was out in the open, so I soldiered on through the meadows, until I had reached the road again.

I sat in a bus stop for a while, pondering my options. There was a guest house on the map. It was called Flanderhof Manor, and judging from the pictures it seemed a bit expensive. I called them to inquire, and surprisingly enough, they gave me a price that was within reason. So I went there.

the walk from Sibiu to Daia: 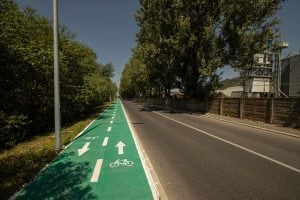 the bicycle lane out of Sibiu 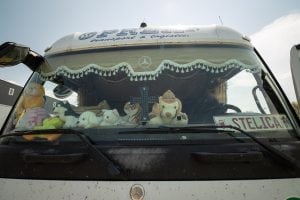 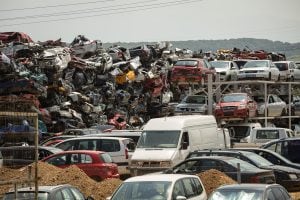 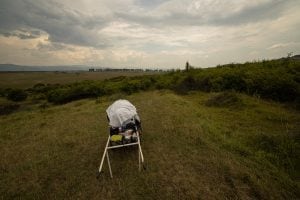 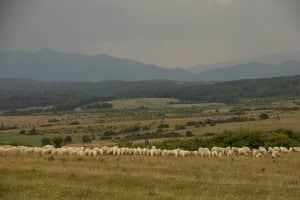 sheep in front of the Carpathian mountains 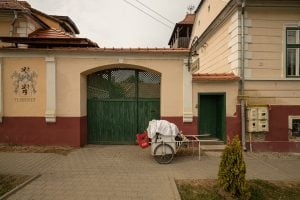 Caboose in front of the Flanderhof 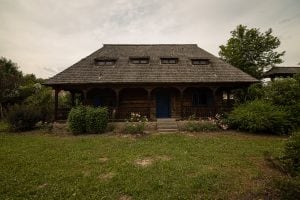 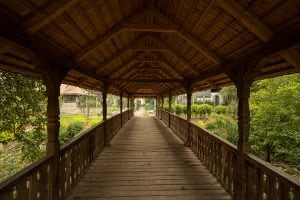 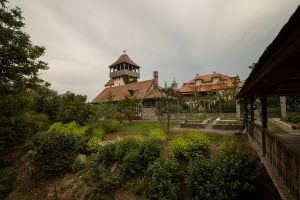