This post is about the Bridge Of Lies in Sibiu. And about getting drunk in a cool bar whose name I forget. And about Daniil Kharms.

Being sophisticated was cool but exhausting. In my case it involved considerate amounts of alcohol.

And so I woke up late, had some breakfast, and did my laundry. Then I lived through an absurd conversation with a German who told me that I was brainwashed for not wanting Ukraine to be invaded by Russia. What was wrong with some people? I wondered. Why couldn’t they be absurd in an interesting way?

again with the bridges

I went outside at dusk. There was a bridge with an intriguing name: it was called the Bridge Of Lies. It turned out to be rather small and unassuming; a cast-iron, somewhat gothic-looking bridge. The name was the subject of many legends, but in reality it was simply due to the proximity of the old German name “Liegenbrücke” (laying bridge) to the word “Lügenbrücke” (bridge of lies).

And so in an absurd way, the only lie was the name itself.

For dinner I went to some fancy-looking restaurant and ordered pasta with a mushroom sauce. Then I went back to the bar.

My friends from the night before were already there. They had come from Belgrade to Sibiu to put on a stage play. I liked talking to them. We drank campari & orange, rum & coke, and gin & tonic. We also had some tequila. And because I, too, was a sophisticated man, I talked about one of my favorite authors: Daniil Kharms.

Now if you’re a reader and you don’t know who Kharms was, you’re in for a treat. His life and work in Leningrad between the World Wars was basically like Dada – but on steroids. Kharms lived and breathed absurdism, just not in the liberal environments of Zürich and Paris, but in the repressive systems of Lenin and Stalin.

Kharms’ name was of course a nom de plume. Apparently it came from the English word “charm”, and he made  a point of walking around like a dandy: with a cane and a hat. In order to make money, he wrote children’s books. He claimed to “hate” children. His true legacy were his absurdist stories and plays, though. They were absurd to a point that would make other absurdist writers like Ionesco and Beckett seem like realists.

what the fucking Soviets did

Of course the Soviet Union could not tolerate an artist like Kharms. People like him needed to disappear. So they took away his right to work, forcing him into starvation. And when that wasn’t enough to shut him up, they put him in prison.

Kharms managed to pass a suitcase full of his writings to a friend before they got to him.

And then he died in his prison cell. Of hunger.

How did we get here? 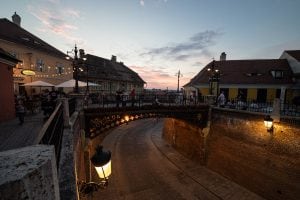 the Bridge of Lies in Sibiu 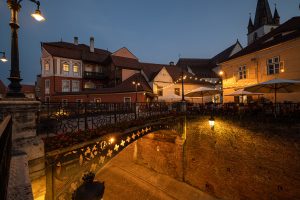 other side of the bridge 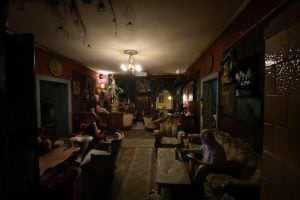 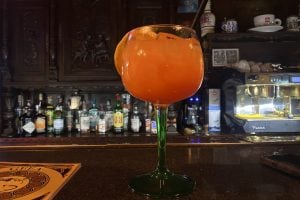 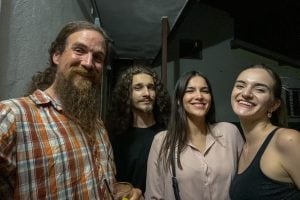 with friends in Sibiu