This post is about getting a rabies shot in Vulcan. I am lucky to find rides with Ninel and Remus. And no, Vulcan does not have a volcano.

Today was the date of my second rabies vaccination. I was deep in the mountains, and I had to somehow get to a hospital.

where to get shots

Luckily Ninel (“just like Lenin, but backwards”), the owner of the guesthouse where I was renting my cabin, was going to go to the next bigger town Petroșani anyway. He made some calls, and we found out that there was a hospital that did rabies shots in the town of Vulcan, which was close by.

Vulcan! I was excited.

The ride to Petroșani took a while. It wasn’t far, but the road was narrow and winding. Once we got there, Remus picked me up. He was a friend of Ninel’s and a volunteer in the mountain rescue force, and he was going to take me to the hospital in Vulcan.

We rode in his rescue truck, and just a little while later I was the proud owner of two rabies vaccinations. This meant that I had only three more to go.

When I asked where the volcano was I got surprised looks. Everybody here knew that Vulcan did not have a volcano. Even if the name seemed to suggest otherwise.

getting a rabies shot in Vulcan: 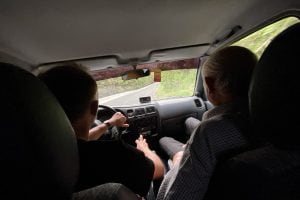 ride with Ninel and his dad 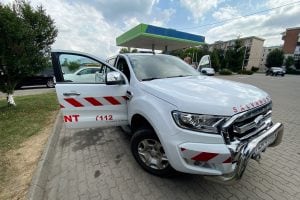 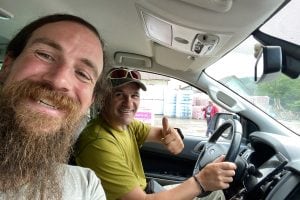 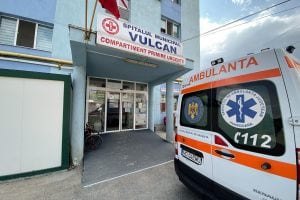 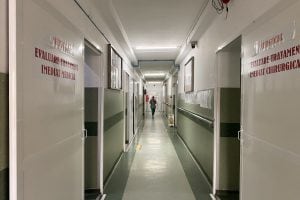 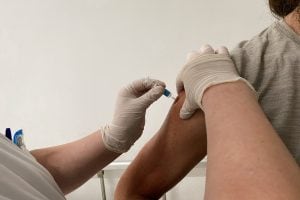