This post is about a 15km walk from the Transalpina View Point to Obârșia Lotrului. I am exhausted, but I make it down past the tree line.

I woke up in the middle of the night, thinking I had heard footsteps on the gravel. There they were again! I looked outside the tent but couldn’t see anyone. It was cold and dark. Why would anyone be walking around at this time?

Unless they were… a bear?

It took me a long time to go back to sleep.

When I finally got up I felt silly. I saw it clearly now, in the light of day: of course there were no bears up here. There was, however, a sign on which people had left stickers. Dozens of stickers. Most of them seemed to belong to motorcyclists. The people from gumbalkan had put up the biggest and most obnoxious stickers.

I put my own sticker next to them. Then I started walking.

The road went almost exclusively downhill from this point on. This didn’t mean that it was easy. The Caboose didn’t have any brakes, and I had to lean against her as we slowly made our way down the mountain.

We reached the tree line after a few hours. There was a weird place with a cottage and a parking lot and some camper caravans. A bunch of tourists were busy buying souvenirs and local specialties, or they were just looking at some farm animals that were standing around. I didn’t stop.

I had lunch between some trees. A gentleman stopped his car and – very ceremoniously – handed me a bottle of water and a plastic cup. Motorcycles kept screaming past in packs of five or six. I felt exhausted.

When I got to a little river bank I spread out my bamboo mat and fell asleep right away, clutching my pepper spray, because you never knew where they might be hiding. The bears.

About an hour after my nap I finally reached Obârșia Lotrului, a tiny settlement that consisted of a few guesthouses and a restaurant. I got a cabin and dinner. Then I fell asleep again. 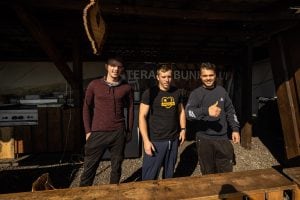 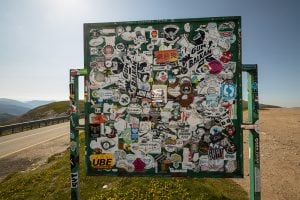 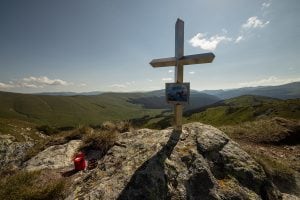 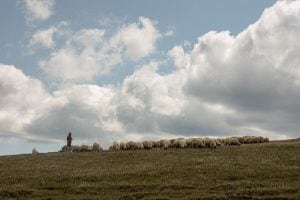 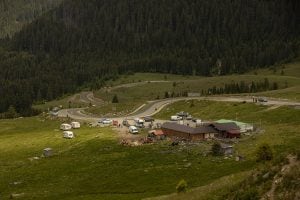 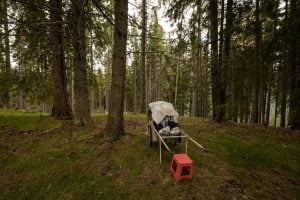 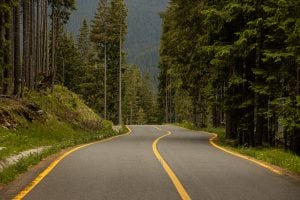 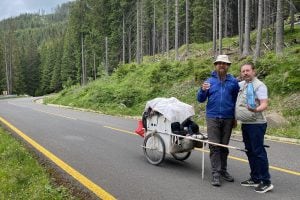 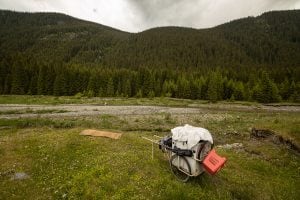 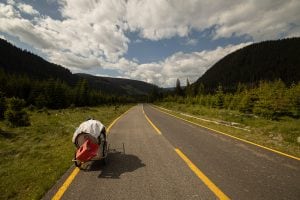 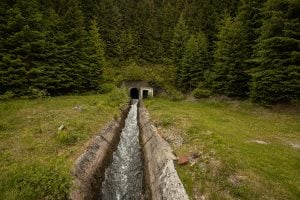 water from the mountain 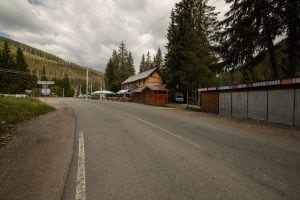 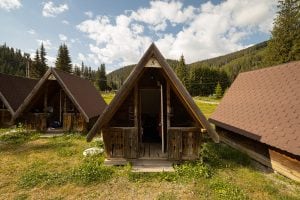 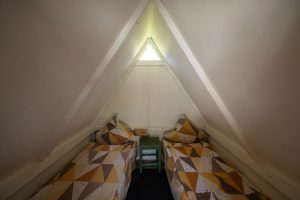