This post is about a 15km walk from Rânca to the Transalpina View Point. I see some snow and I hear some Hungarian.

I had a tight vaccination schedule ahead of me: my next shot was going to be on June 21st. This meant that I needed to be in a place from where I could get to a hospital on that day.

And so I started walking. I got my stick out and my pepper spray ready, and I left Rânca. The hairpin turns started right after the last building. They took me in a non-stop climb to an elevation of about 2000m. There was some snow next to the road at this point. I sat down next to the snow and had some tea, and I took some pictures with it, just like many of the drivers and motorcyclists did.

I was still in my shirt at this point, and it all felt a bit surreal.

Then the weather changed. It did so all the time in the mountains. The sky would be blue for a while, and then dark clouds would appear out of nowhere.

Soon I was wearing my windbreaker, and it still felt a bit cold. There were more serpentine roads, and I reached the highest point at about 2100m. I put my sticker on the backs of a few road signs, and I picked a few flowers and put them in my notebook.

I saw the Transalpina View Point, the place where I wanted to spend the night, hours before I reached it. It was on a mountain ridge only a short distance from me, but I had to cross a valley in order to get there.

When I finally arrived, it turned out to be a few cabins and motor homes powered by a generator. There was a restaurant, and there were some kiosks selling local specialties.

The owners of the restaurant spoke Hungarian. One of them wore a shirt that said SZEKLERLAND. I figured they were probably part of the Szekler minority. I got some soup and some thick slices of bread that reminded me of home.

Then I pitched my tent next to the restaurant. Someone was kind enough to move a truck so it blocked some of the wind for me.

the walk from Rânca to Transalpina View Point: 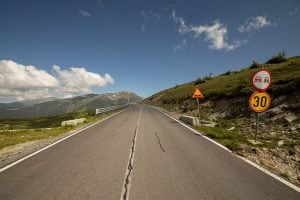 the beginning of the hairpin turns near Rânca 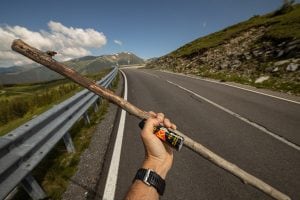 my stick and my pepper spray 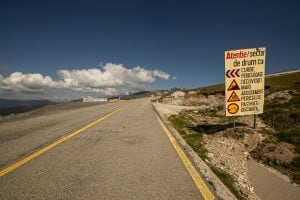 warning signs on the Transalpina 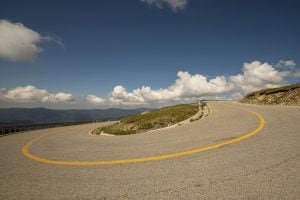 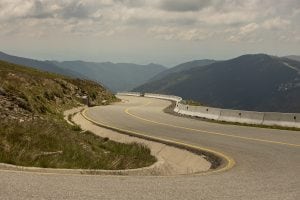 the road to walk from Rânca to Transalpina View Point 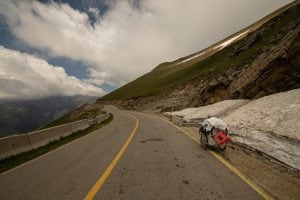 the Caboose next to some snow 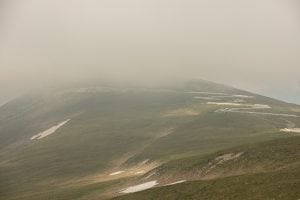 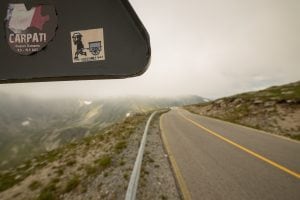 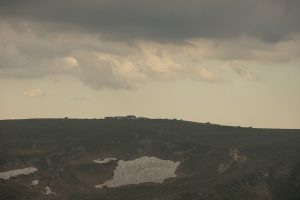 the Transalpina View Point from afar 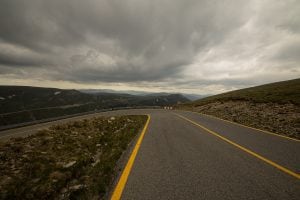 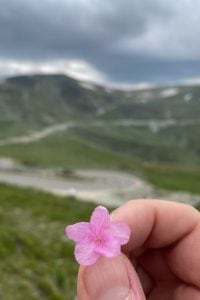 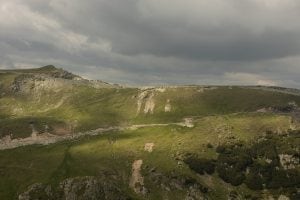 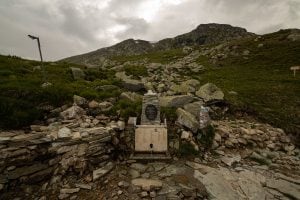 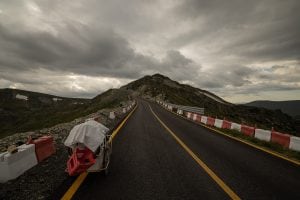 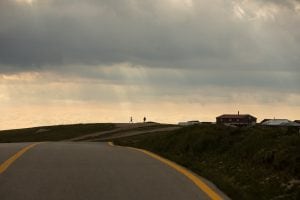 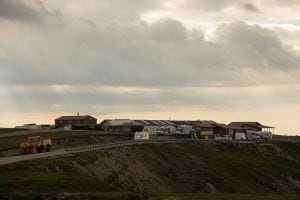 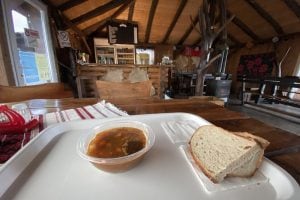 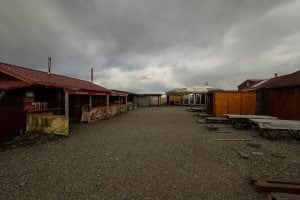 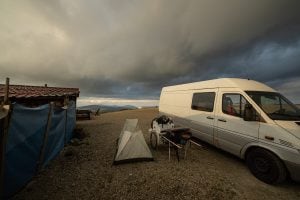 camp on the Transalpina 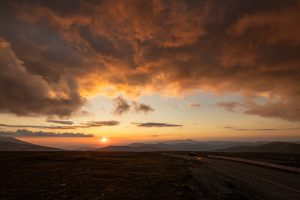 sunset in the Carpathians