This post is about a dog attack in Rânca. I get surrounded by a pack of feral dogs, get bitten in both legs, and use my pepper spray on them.

They came for me on the afternoon of the second day.

The clouds had been dark and heavy, and I had been spending my time holed up in a guesthouse, sorting my pictures, updating the blog. Sometimes I went outside to look around or get something to eat.

I was just on my way to a restaurant when they spotted me. There were about ten of them, and they quickly surrounded me, barking, faking attacks, getting more and more enraged.

I did what I always do: I kept walking. There was a can of pepper spray in my pocket that I had never used. It had never seemed necessary, and I didn’t know what its effects were on a dog. I liked dogs, and I didn’t want to hurt them.

So I kept walking, and I tried talking to them in a low voice, portraying confidence. Then I felt a pain in one of my legs. Then in the other. I couldn’t believe it. They were really biting me.

I stopped walking and turned around, yelling my standard: EXCUSE ME? They looked perplexed for a second, then the rage took over again. I fumbled for my pepper spray. It had a security lock that could be overridden if you pressed hard enough. I pointed it at the biggest, meanest, blackest dog and pressed hard enough. A brownish cloud filled the air. It made me cough for a second, and it made the dogs run away.

I chased after them for a while, screaming FUCK YOU, MOTHERFUCKERS, FUUUUUCK YOOOOUUUU!

Then I went to the restaurant.

two days (and one dog attack) in Rânca: 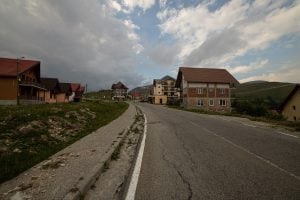 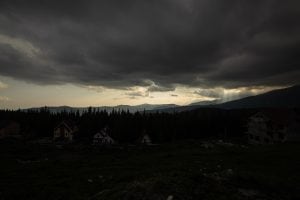 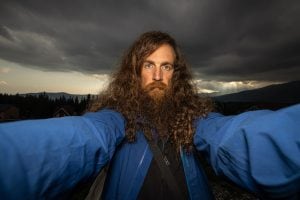 self portrait in Rânca 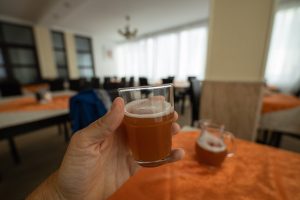 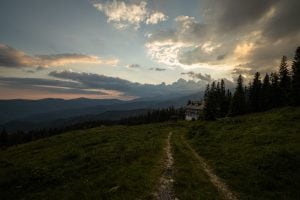 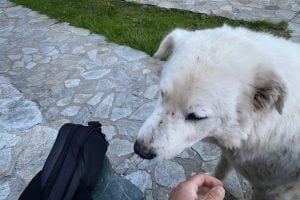 one of the good doggos (note the scars though) 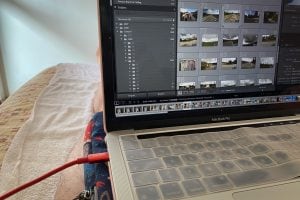 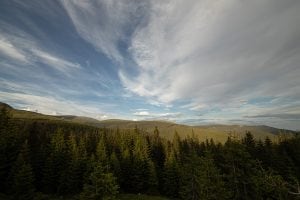 the mountains near Rânca 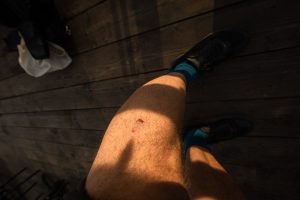 left leg after the dog attack 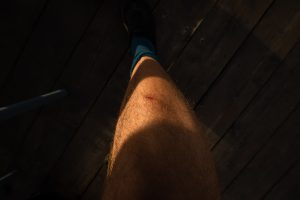 right leg after the dog attack 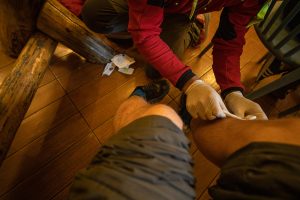 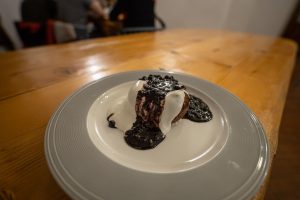