This post is about a few days of wearing pineapple pants at a pool. I try to get rid of some anxiety, but the worry about the road is real.

The village guesthouse was quite nice. It even had a pool. And it turned out that I was more or less the only guest, at least during the day. As I stood there in the sun, looking at the pool, thinking about the level of anxiety that I had been feeling over the last few weeks, I weighed the arguments for a while. Then I asked the owner if she could order a taxi for me.

A few hours later I was back at the guest house. I had become the owner of a new pair of swim trunks. They had pineapples on them, and I had bought them in a Carrefour in Târgu Jiu. There was a movie theater next to the Carrefour, so I had ended up watching the new Top Gun, popcorn and cola and all.

It was a movie that left you with the impression that the American military was somehow in an underdog role compared to that of Iran, and also that it was a fun place where everyone was nice. Also, they played football while wearing sunglasses.

I decided to take a few days off and relax at the pool, eat well, sleep well, plan my next move.

There was a road through the mountains that was called the Transalpina or the King’s Road. People had been warning me against taking this road as well, because it was steep and high, and because there were bears.

But nobody had said that it was impossible. 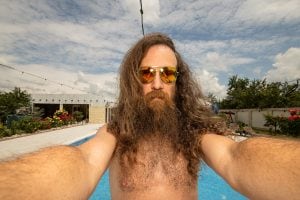 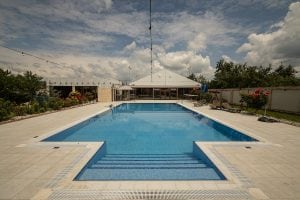 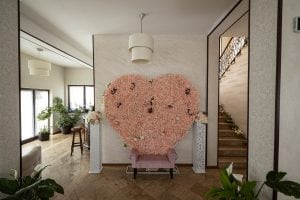 they host weddings in the hotel 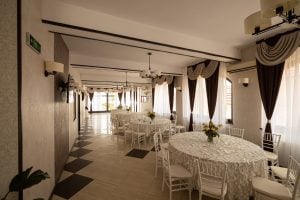 the dining hall looks festive at all times 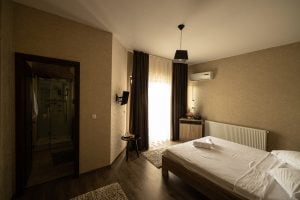 and the rooms are nice 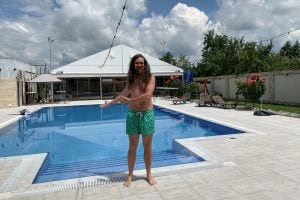 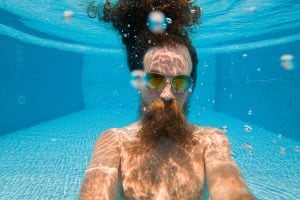