This post is about a 23km walk from Rasoviţa to Rugi. After a short stint on one of the main roads I walk through the fields again.

At about seven in the morning I was glad that I had put my tent outside of the cemetery gate and not inside. An old man with a bicycle was standing before me. He had a bunch of flowers in his hands. I didn’t want him to think that I was being disrespectful to my very quiet neighbors, so I apologized, to which he nodded solemnly. Then he entered the graveyard with his flowers.

through the fields again

An hour later I was back on one of the main roads, and it was an absolute shit show. The road was narrow, busy, and at least half of the drivers had been binging Vin Diesel movies. On cocaine. I left the stupid road as soon as I could.

The only available option was to take another dirt path, but I was happy about it. Anything but the shit show, I thought. I walked past farmers in the fields, past horses and cows, and over the rolling hills. After a while it became clear that I would have to completely avoid walking through the next bigger town. It was called Târgu Jiu, and the only way to walk into it was on one of the main roads.

I booked a room in a village guest house. The 20km I had to walk there turned out to be a bit more difficult than I had been expecting. I stopped at a little shop once, got some food and talked to the owners for a while. Another time I stopped in front of a church that looked very pretty.

But mostly I just dragged myself and the Caboose up and down the hills. I was happy once I arrived at the guest house. I took a shower and fell onto the bed, and I try not to think about which way I was going to take through the mountains.

the walk from Rasoviţa to Rugi; 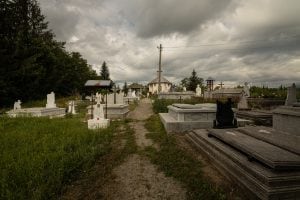 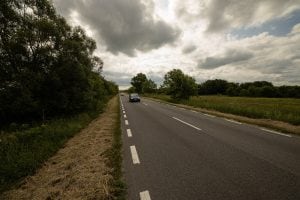 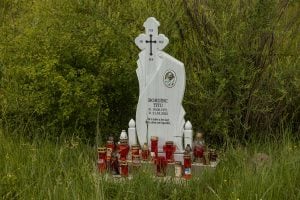 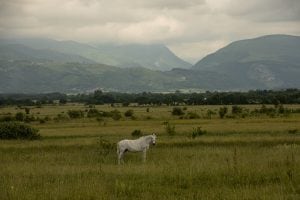 horse posing with the Carpathian mountains 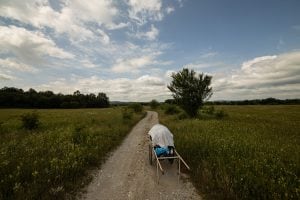 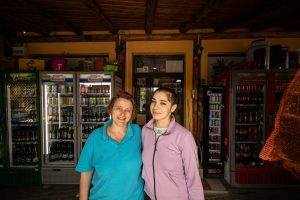 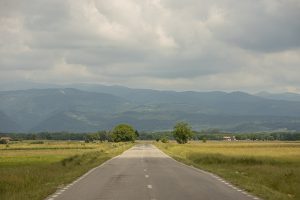 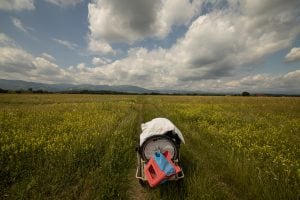 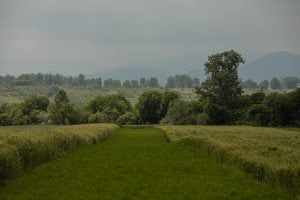 scenery south of the Carpathian mountains 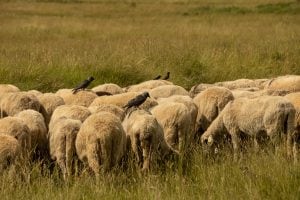 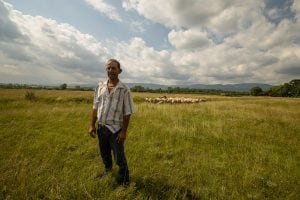 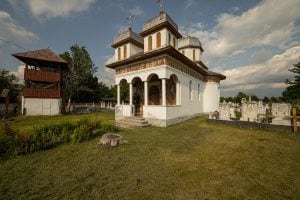 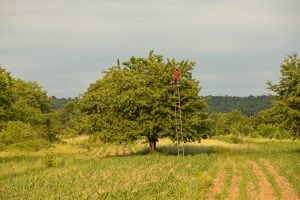 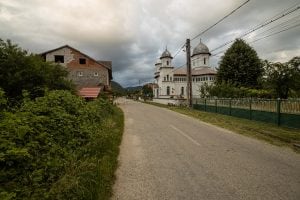 the road to Rugi 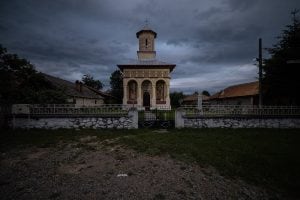 Day 562
from Rasoviţa to Rugi