This post is about a 27km walk from Ponoarele to Tismana. I’m excited to see the Tismana Monastery, but things work out differently.

I had been playing with the idea of staying in the guesthouse for another day. It was mostly the soreness in my legs that was telling me to do so. But in the morning I found myself packing my bags and getting ready to go. And I felt happy about it.

The rest day had given me some of my strength back. Also, I felt excited about what lay ahead. The Tismana Monastery was one of the largest, oldest, and most prestigious monasteries in all of Romania. During World War II they had hidden the country’s gold reserves in a vault in the monastery. That’s how prestigious it was.

The owner of the guesthouse in Ponoarele wished me luck and gave me a jar of cherry jam, then I started walking.

I came through small villages and towns that had an almost alpine look to them. It was as if they might as well be in Bavaria or Austria. Generally the houses seemed to be in much better shape than those in Bulgaria or even Serbia. A lot of them looked as if they had been renovated just recently.

I bought some peanut butter in a grocery store. Usually peanut butter seemed to come in glass jars, which made it heavy to carry, but this brand came in plastic containers. I bought three of them. Then I sat down under a tree and tried something that I should’ve tried a long time ago: peanut butter and jelly on bread.

The monastery wasn’t exactly on my way. I had to walk about 1 1/2 hours up into the mountains in order to get there. When I arrived it was getting dark, and I figured that I would spend the night somewhere close to the monastery and then go check it out the next day.

The monastery had a huge parking lot outside of its walls. It was completely empty, and there was thick forest all around, so I figured I should probably put my tent there. But when I asked the security guard he, too, told me to go away. Where was I supposed to sleep on this forest road, I asked him. He shrugged and told me to go away. I got angry, and so I shook the dust off my feet and left.

About an hour later I was inside my tent within the ruins of what looked like it had once been a grand hotel. 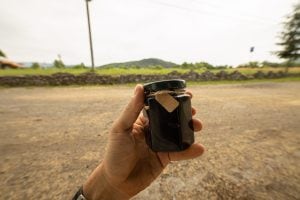 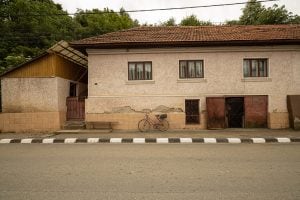 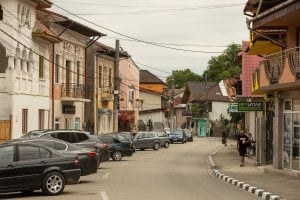 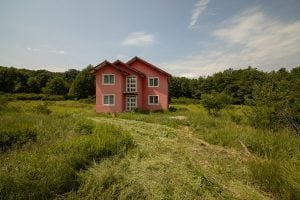 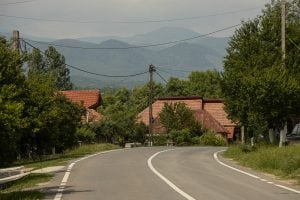 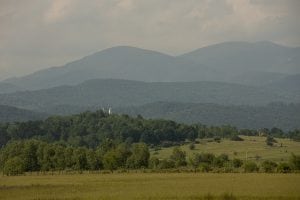 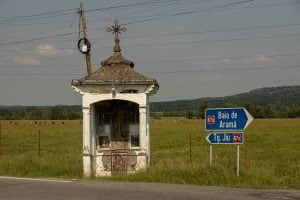 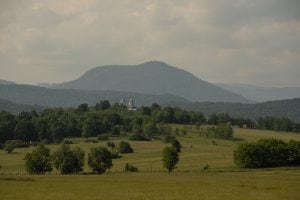 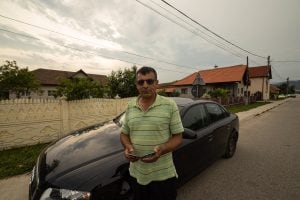 John gave me a bunch of food 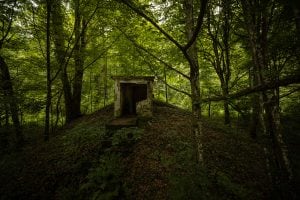 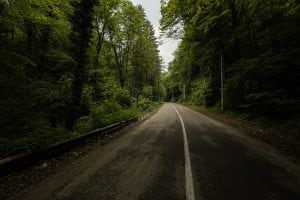 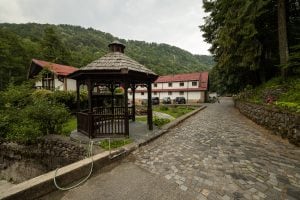 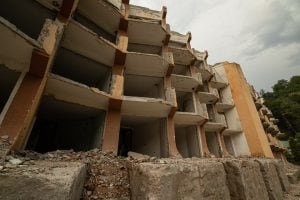 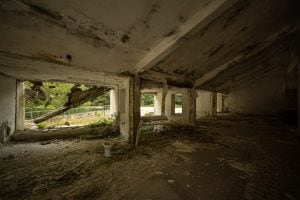 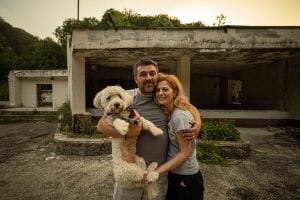 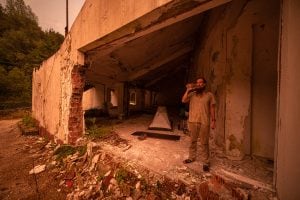